[0025] An experiment was performed to investigate the stability of thymidine phosphorylase preparations containing various initial concentrations of enzyme which had been purified from E. coli and stabilised with ammonium sulphate. Each enzyme solution contained ammonium sulphate (700 mM), potassium phosphate buffer (83mM), and bovine serum albumin (2.5%) at pH 6.8. Enzyme activity was monitored at 25°C and 290 nm ( A E = 1000 M+1cm-1)& at 200 mM potassium phosphate, pH7.4, and 1 mM thymidine. The following results were obtained:-

[0026] As can be seen from the above, this formulation, according to copending U.K. application No. 3445/75, effectively stabilises thymidine phosphorylase preparation only at relatively high concentrations of the enzyme.

[0027] An experiment was performed to investigate the stability of thymidine phosphorylase preparation purified from E. coli in dilute solution (1.5 I.U./ml) and either left unstabilised or stabilised with various combinations of uracil and phosphate and uracil or phosphate alone at various pH values.. Each solution also contained bovine serum albumin (2.5%) and sodium azide (0.02%). Again, enzyme activity was monitored as in Example 1. The following results were obtained:-

[0028] As can be seen from the above, uracil alone or potassium phosphate alone are not as effective in stabilising the enzyme as is their combination. Furthermore, this combination is much more effective with low concentrations of enzyme than is the formulation used in Example 1. 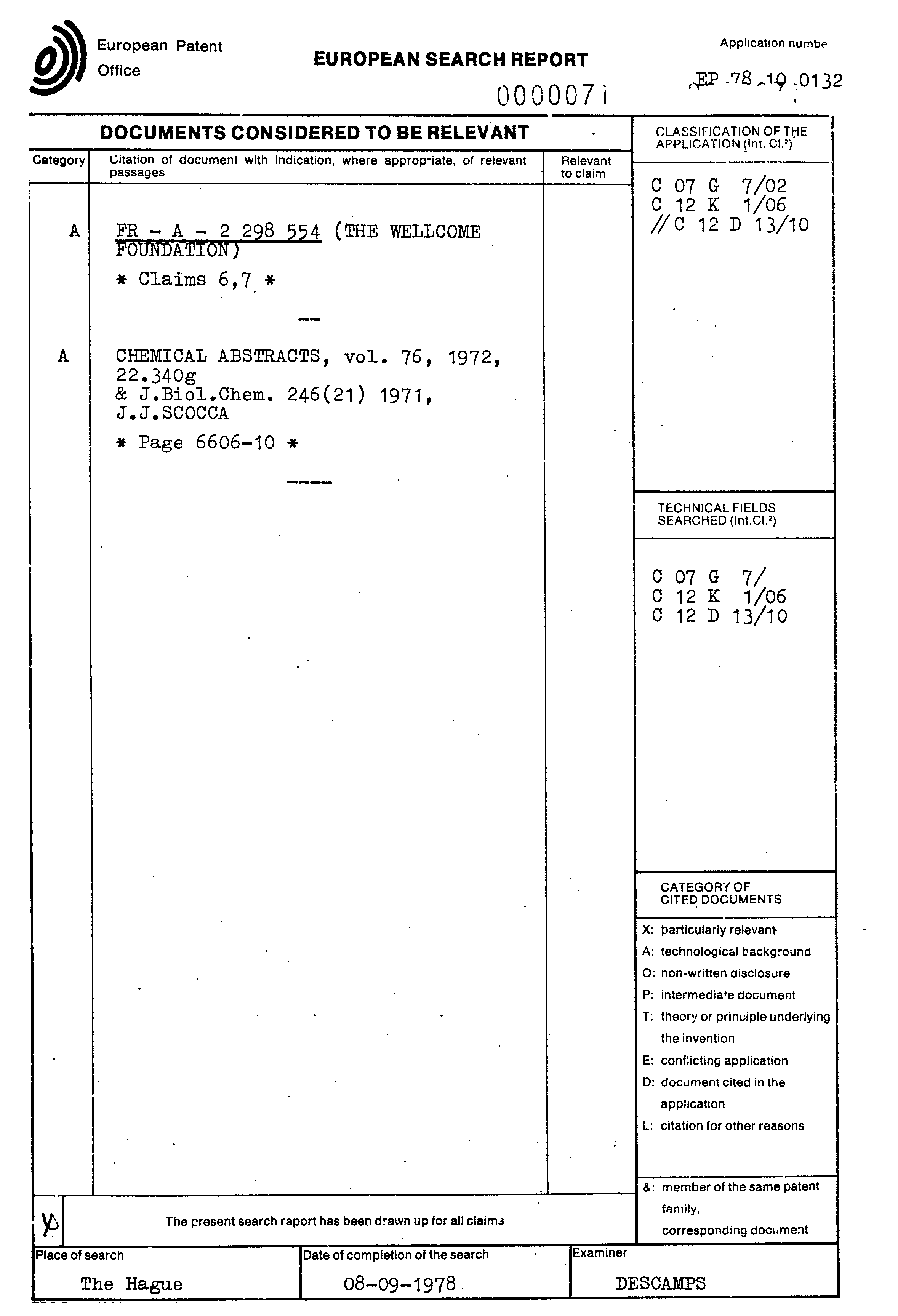