[0001] This invention relates to a process for the separation of hydrogen iodide and sulphuric acid produced in the Bunsen Reaction when using liquid sulphur dioxide as a solvent, and to the production of hydrogen and oxygen, respectively, by decomposition of.the hydrogen iodide and sulphuric acid so separated.
[0002] Hydrogen is an important intermediate product in the chemical industry where it is used in particular in the synthesis of ammonia and for hydrogenation processes, although it has many other uses. Consequently much effort has been directed over the years towards finding methods of producing hydrogen more cheaply.
[0003] One particularly promising possibility which has received much attention in recent years is the production of hydrogen, and also of oxygen, by means of cycles of chemical reactions in which the net result is the decomposition of water into hydrogen and oxygen. One such cycle of reactions which has been much discussed has the following steps:

[0022] Run 38 was performed at a pressure higher than atmospheric pressure using 60 g. of SO2.
[0023] In Table II, column 4, the number in brackets means that instead of 100 g. S02 the indicated amount has been used.
[0024] The H2S04 concentration in the sulphuric phase depends on the amount of T.B.P. used. When its concentration is above 40% by weight, no hydrogen iodide is present, nor T.B.P. which is water insoluble.
[0025] The amount of sulphur dioxide required by the reaction can be reduced by increasing the amount of T.B.P. or water, or otherwise by increasing the reaction time and the stirring rate. In fact in all of these experiments the water added for the reaction could be reduced by at least 20% if the reaction time had been longer. Consequently the H2SO4 concentration becomes higher. 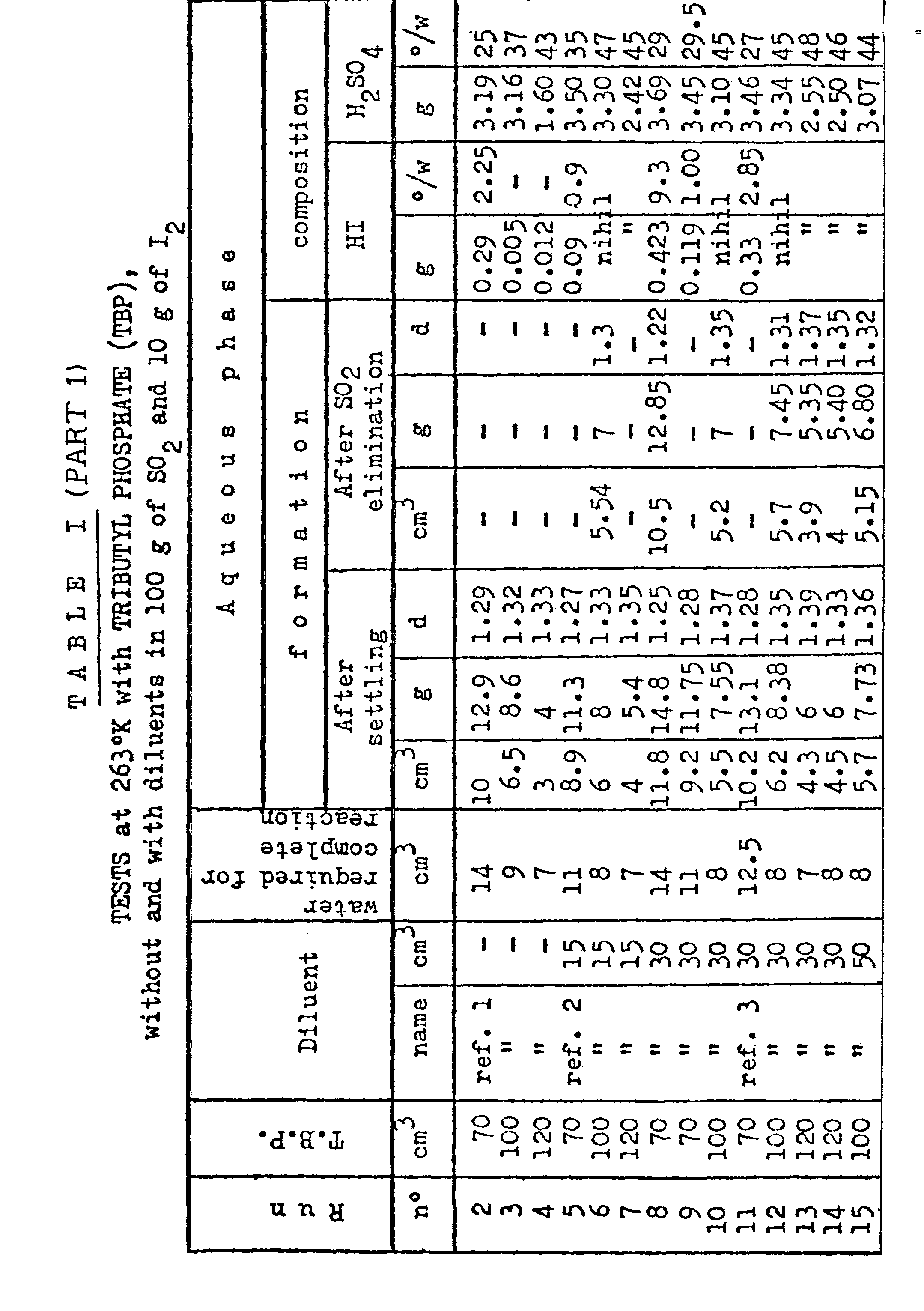 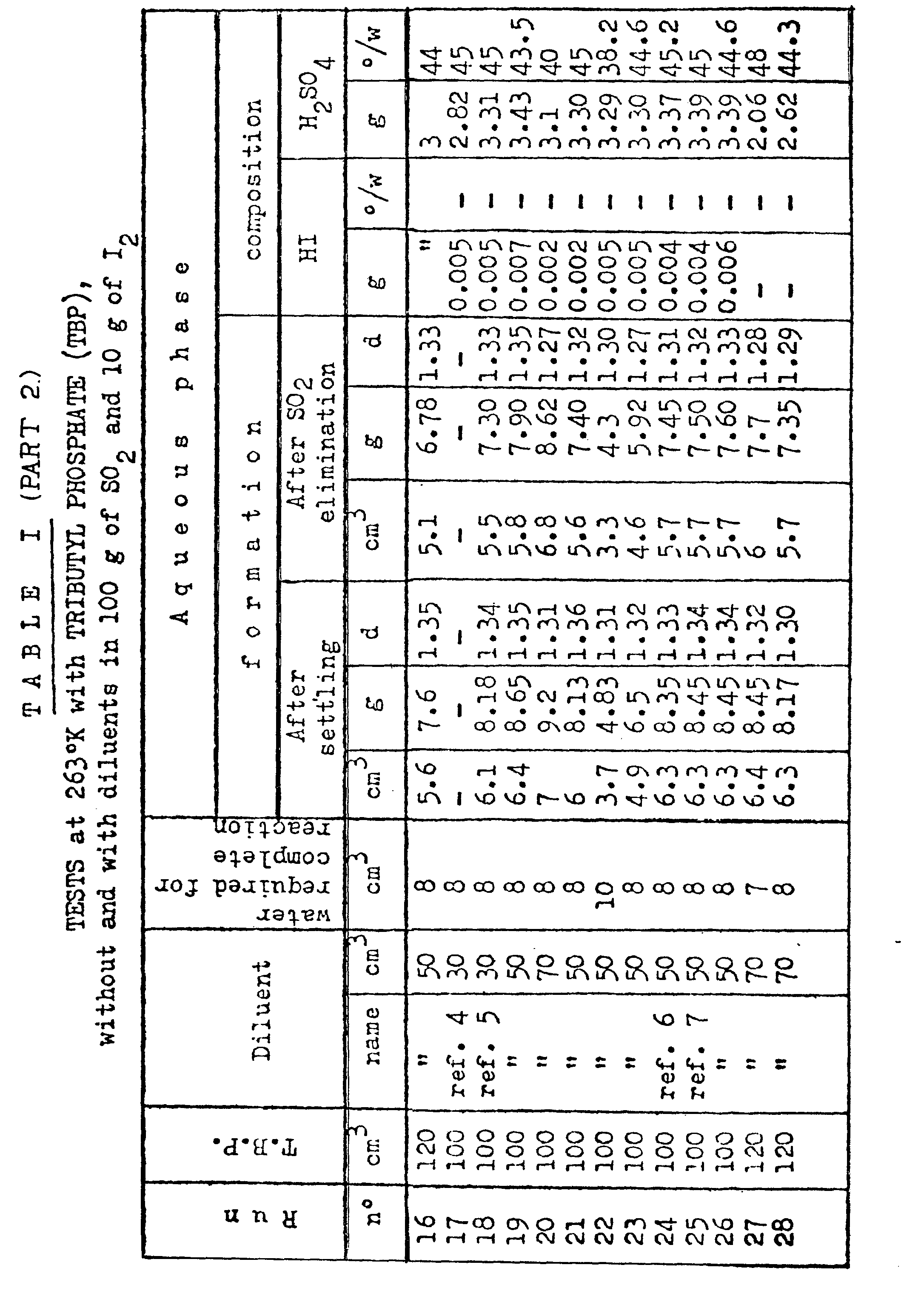 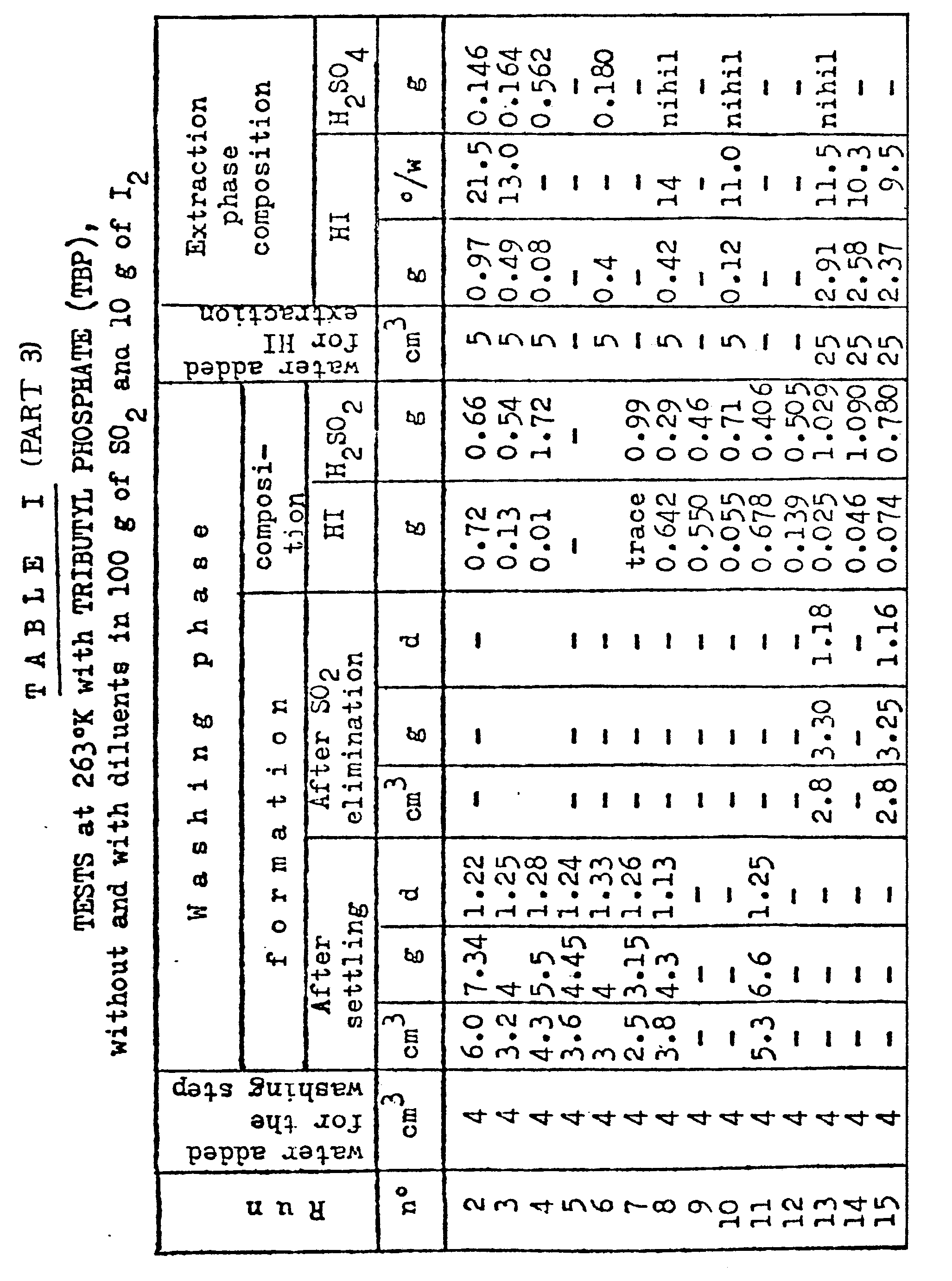 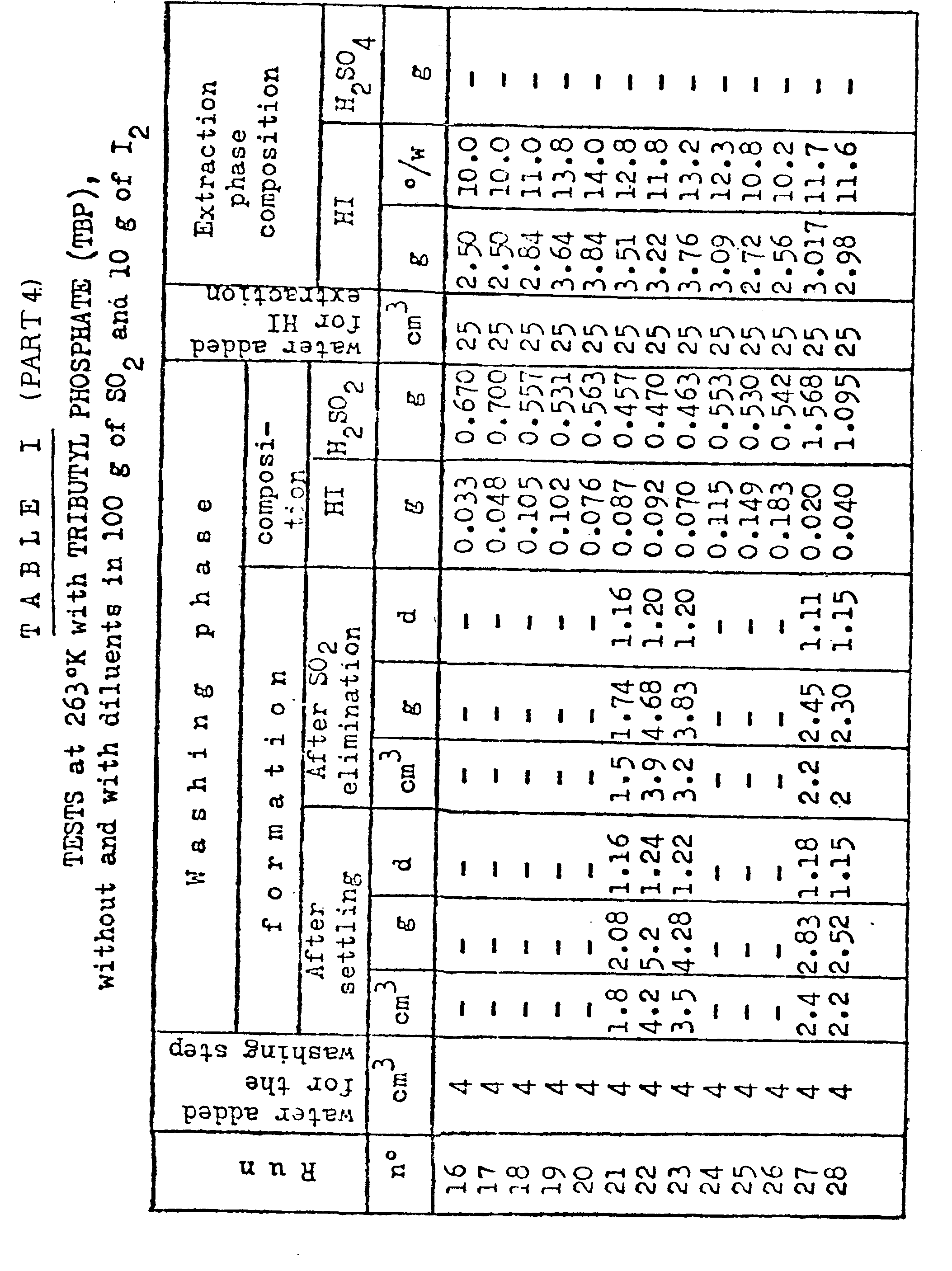 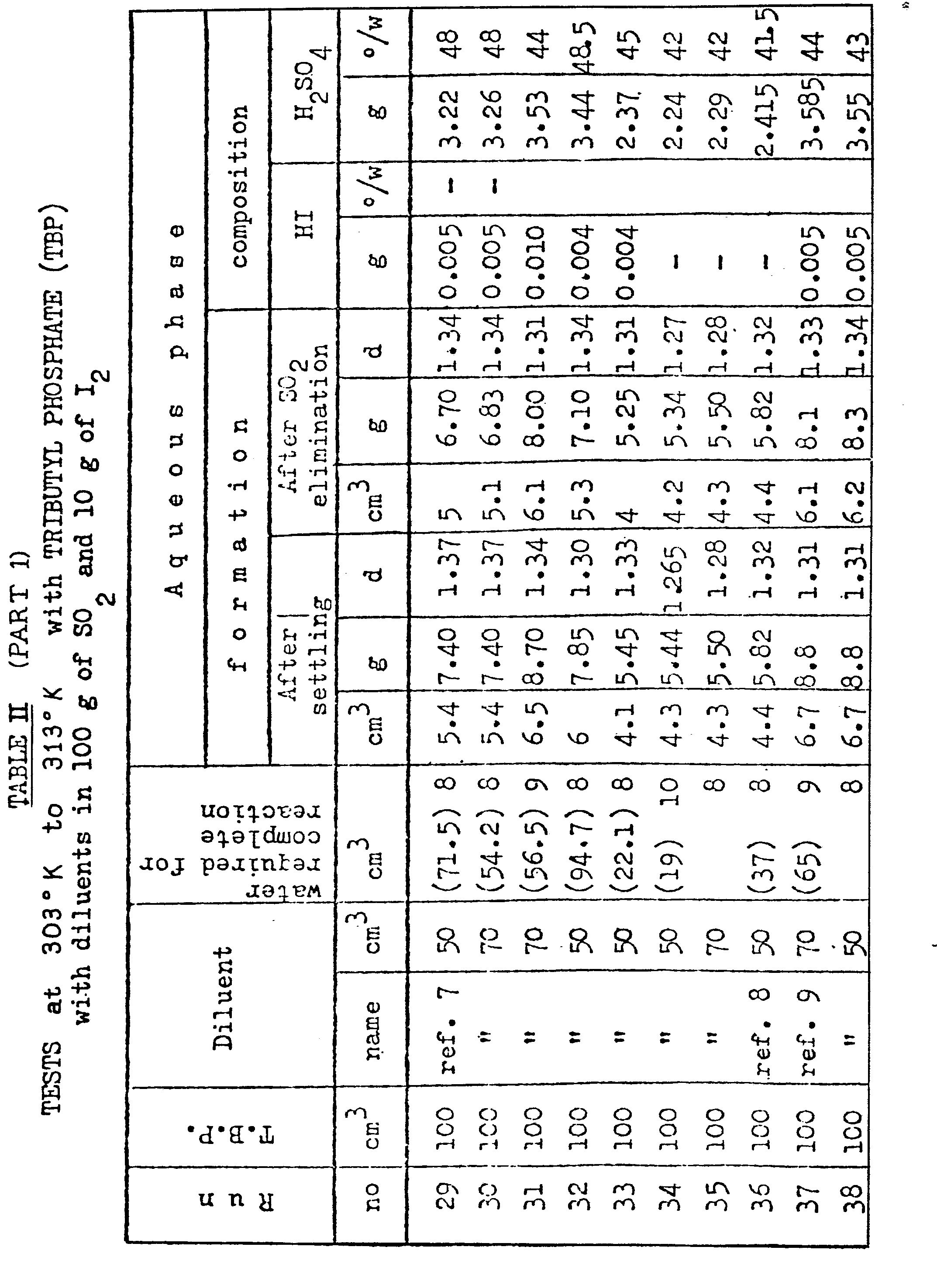 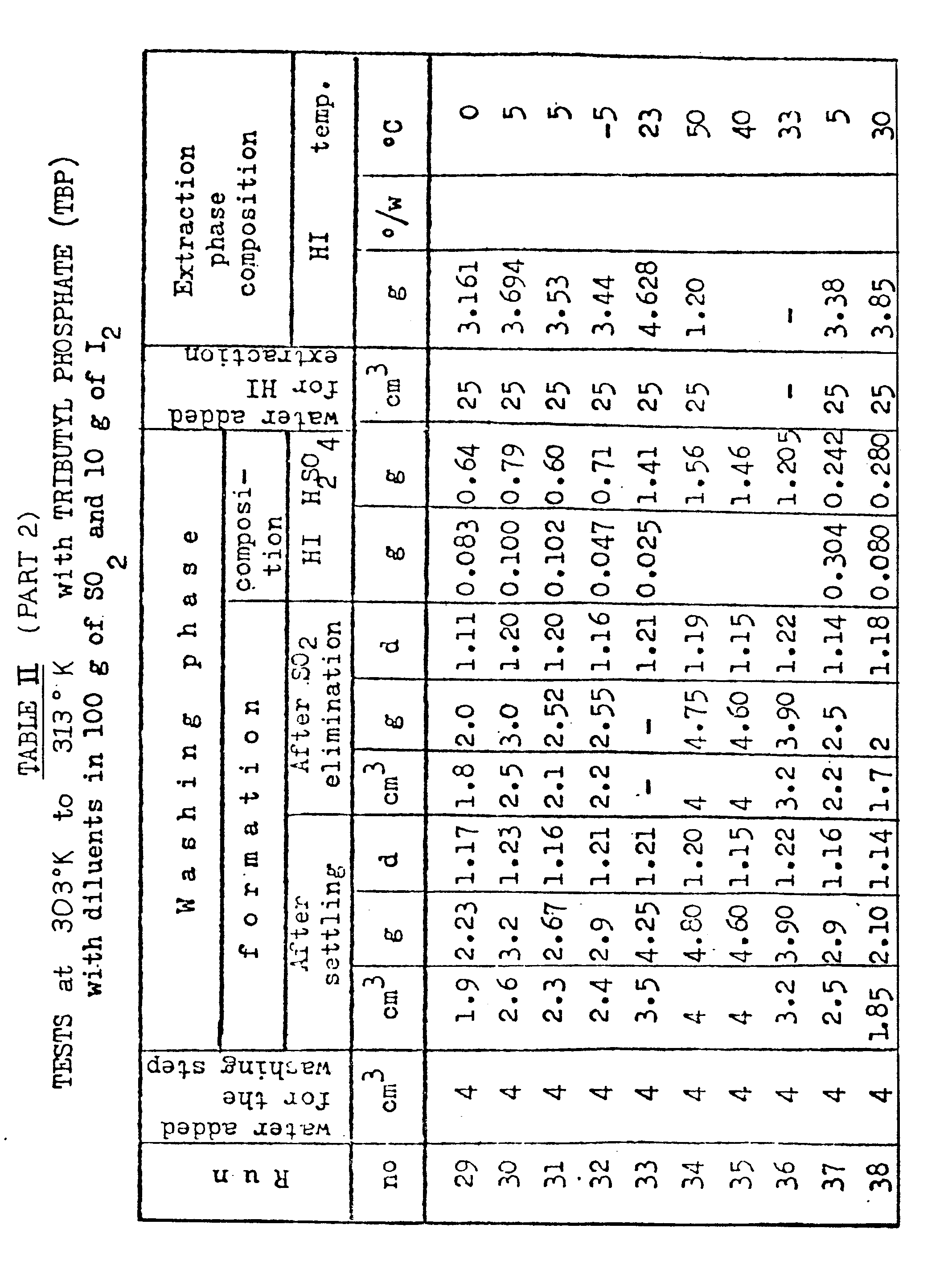 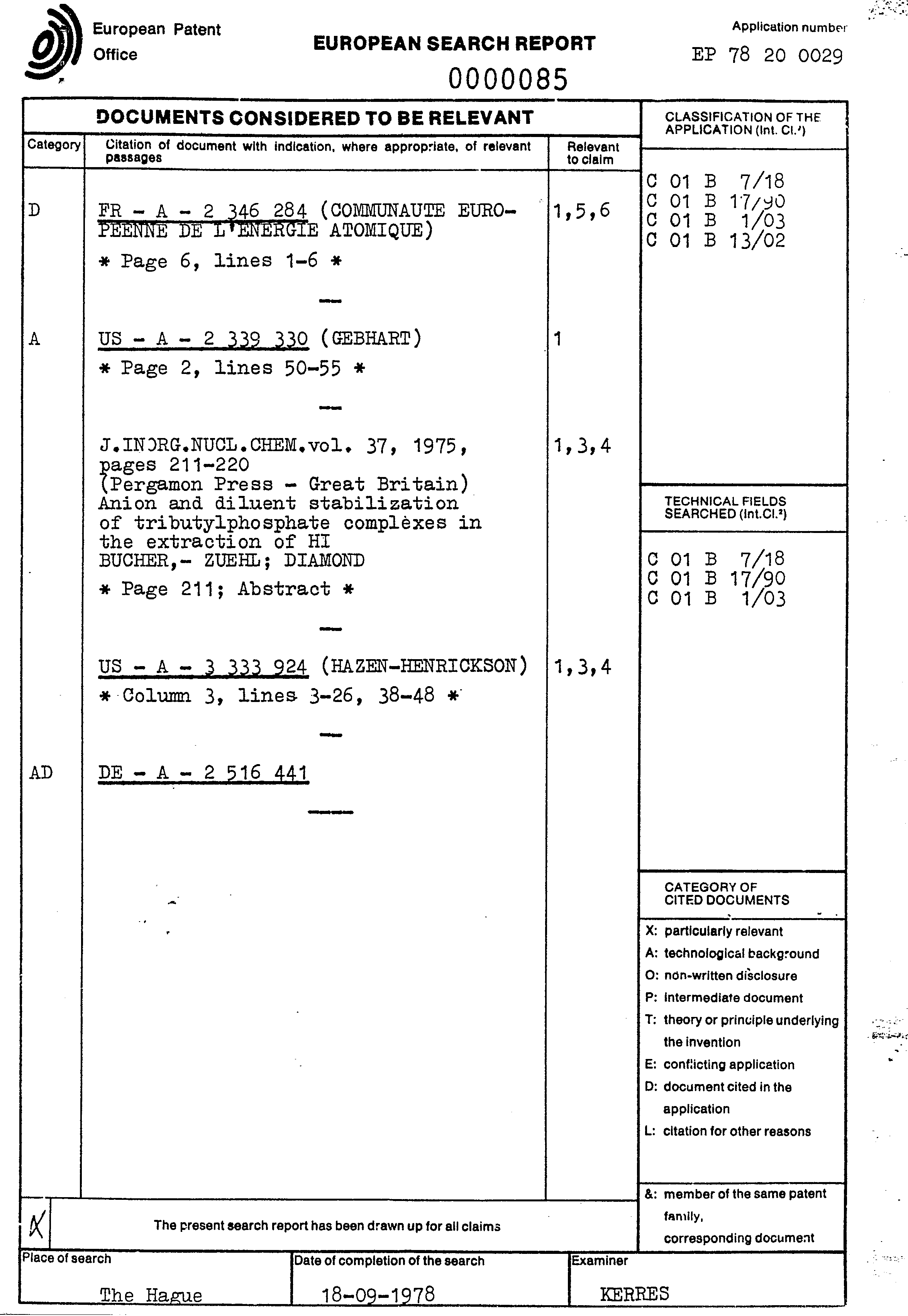