Figure 1 is a side view of the apparatus;

Figure 2 is a scrap sectional detail of the apparatus;

Figure 3 is a rear view of the apparatus, with the casing partially broken away for clarity;

Figure 4 is a sectional elevation; and

Figures 5, 6 and 7 are scrap sectional elevations corresponding with Figure 4, illustrating the operation of the apparatus.

1. Portable apparatus for carbonating water, comprising a pressure vessel and a header tank, the vessel having a valved bottom inlet to admit fresh water from the header tank to the pressure vessel, a valved outlet in an upper region of the vessel for discharging carbonated water, and an injection nozzle for admitting C02 under pressure, and characterized in that the inlet and outlet valves take the form of pistons (36, 39) which are rigidly connected together to form a unitary plunger (36, 40, 39) and have equal areas exposed within the pressure vessel (11), whereby the plunger is substantially pressure balanced.

3. Apparatus according to claim 2, characterized in that an operating lever (41) connected to the plunger is guided in a gate (46) which interrupts movement of the lever (41) from an end position in which both valves (36, 39) are closed to an opposite end position in which both valves are open, at a point at which the venting port (44) is connected to atmosphere and in which the valves are still closed. 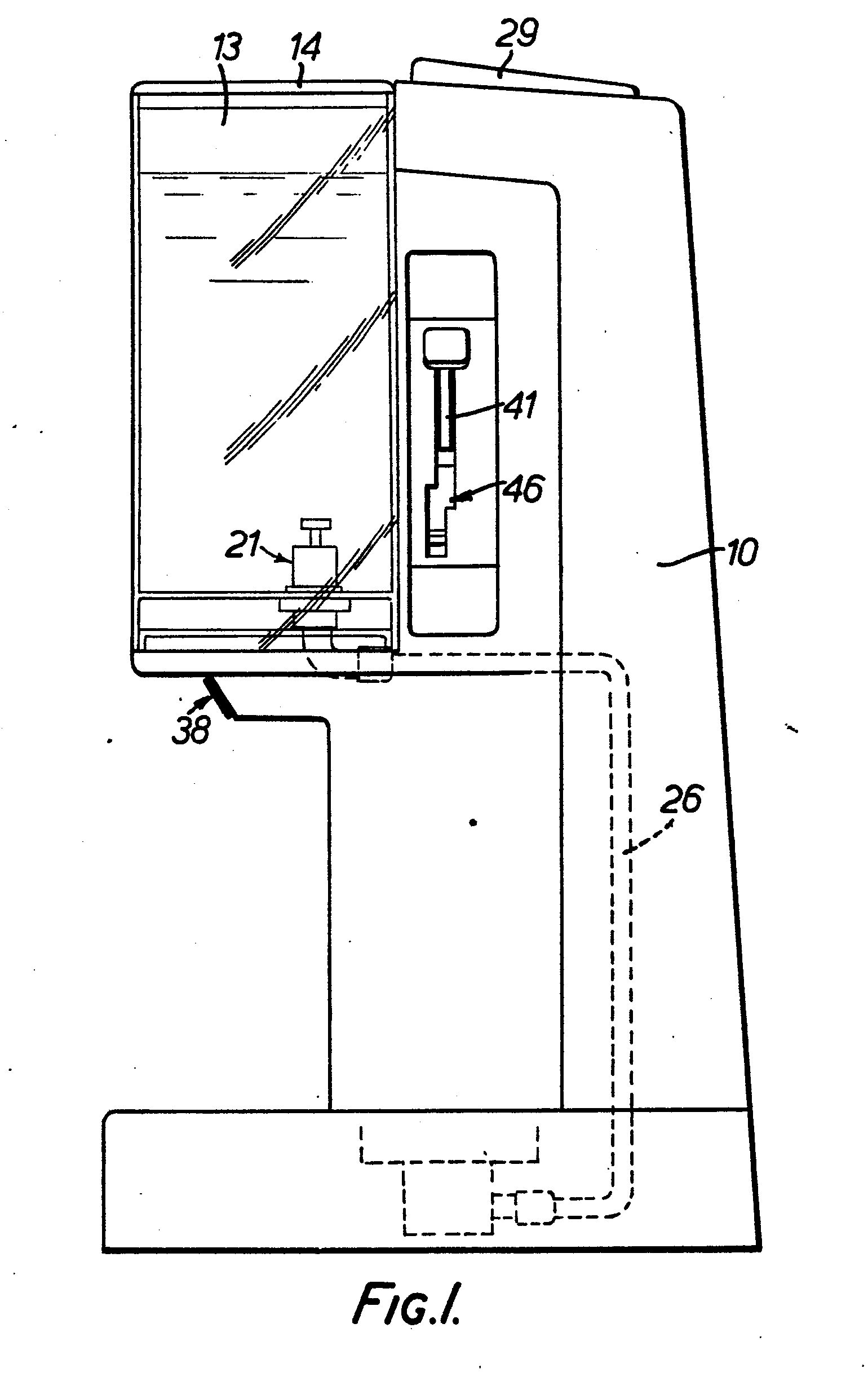 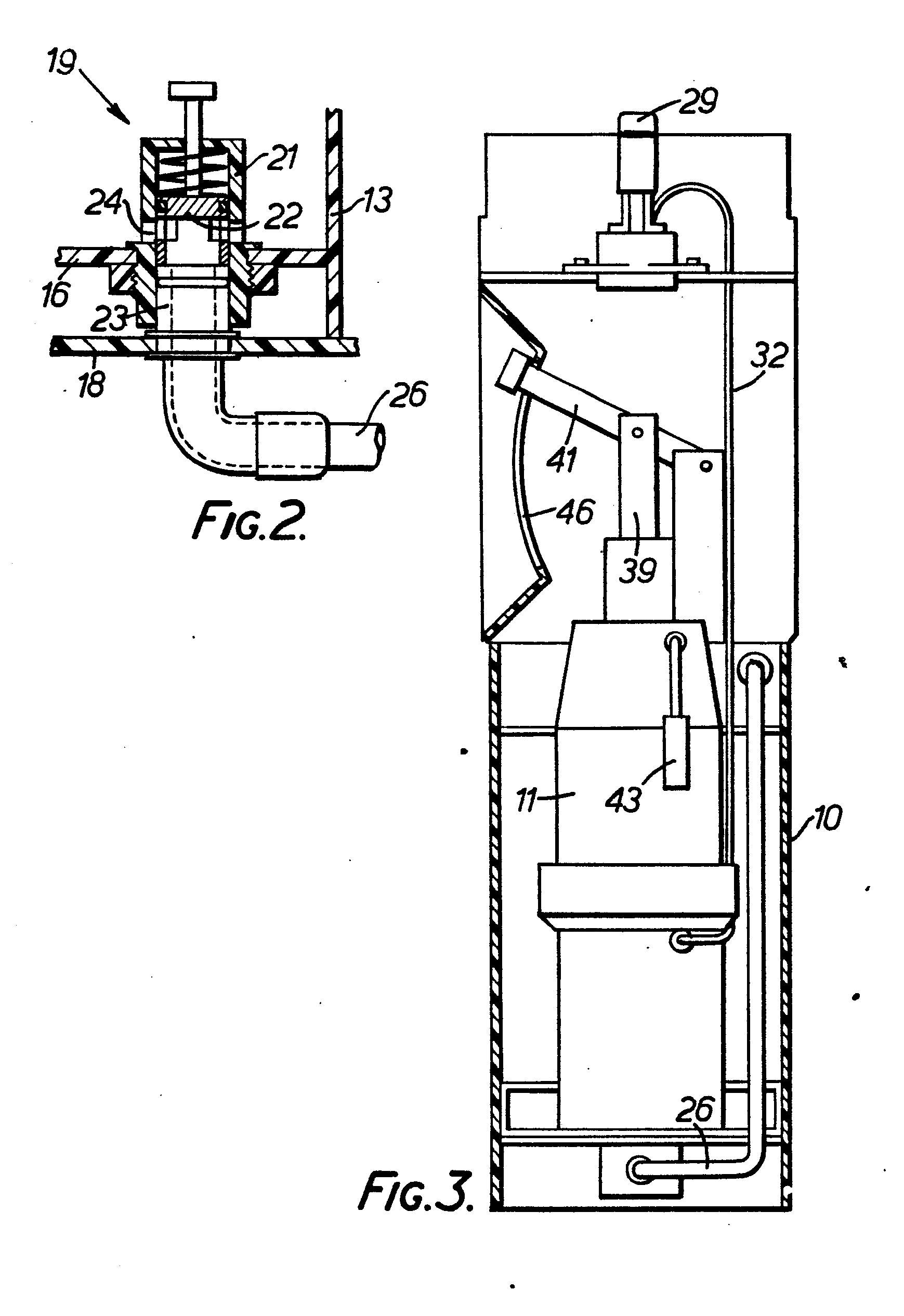 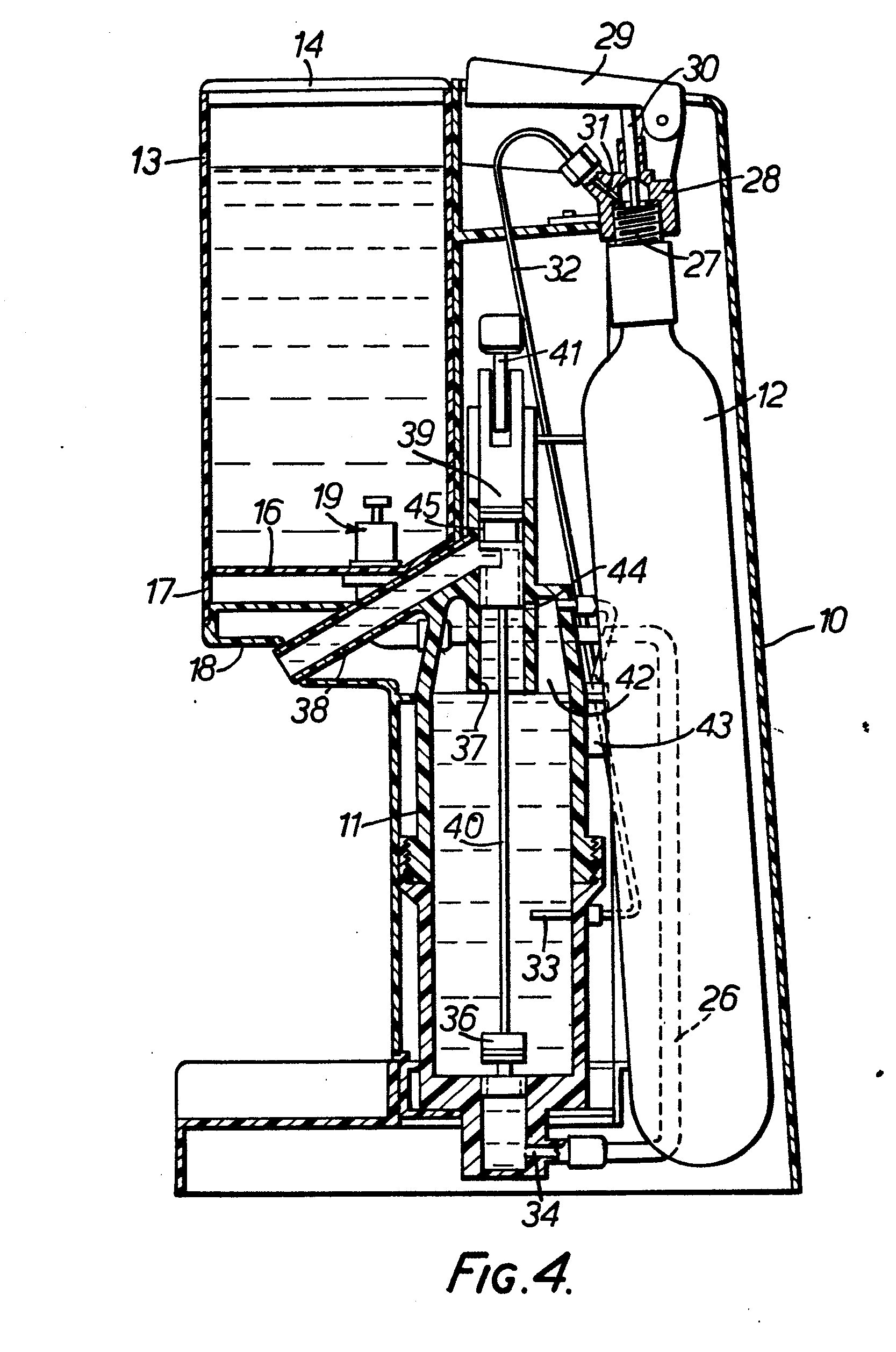 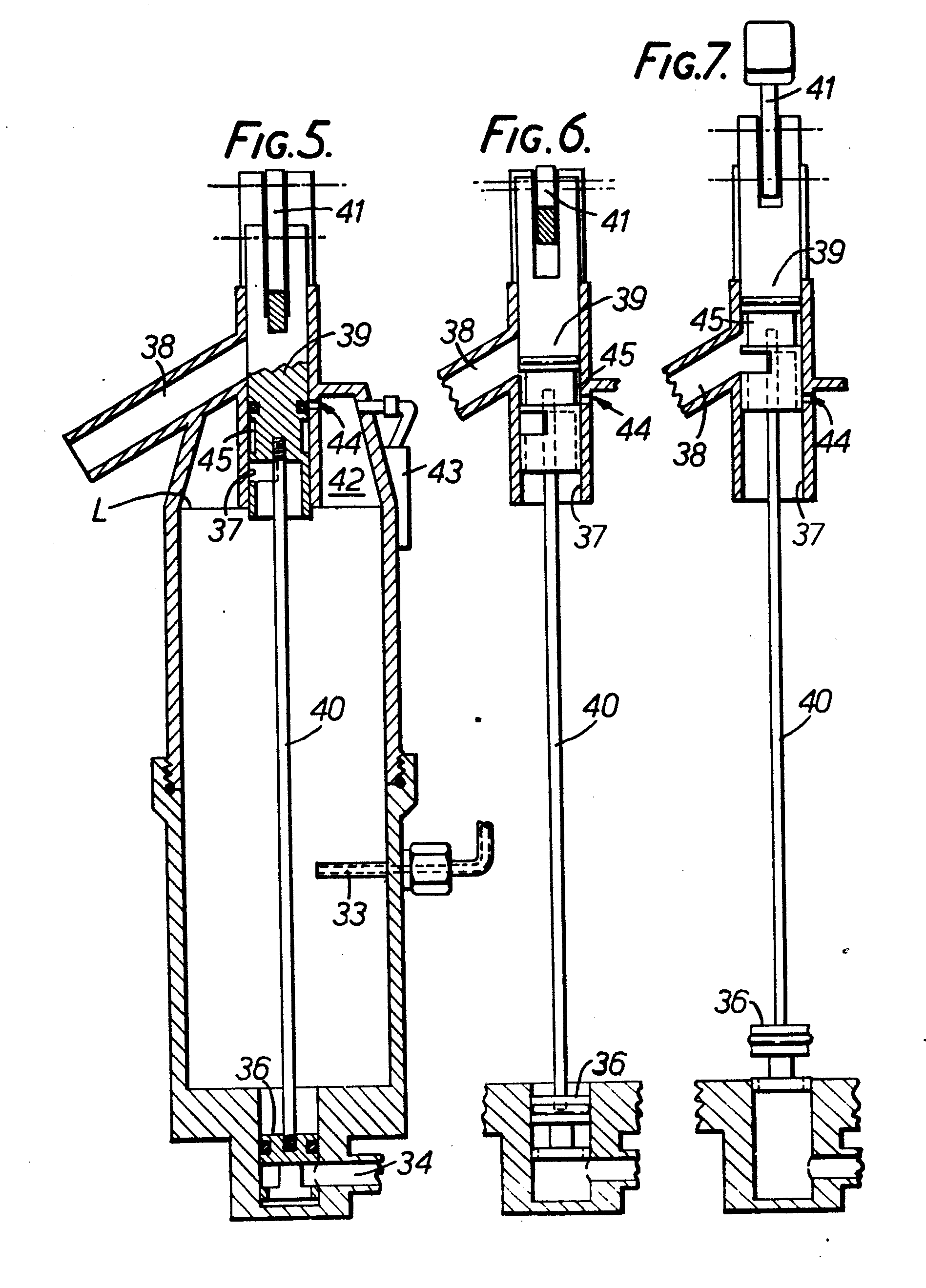 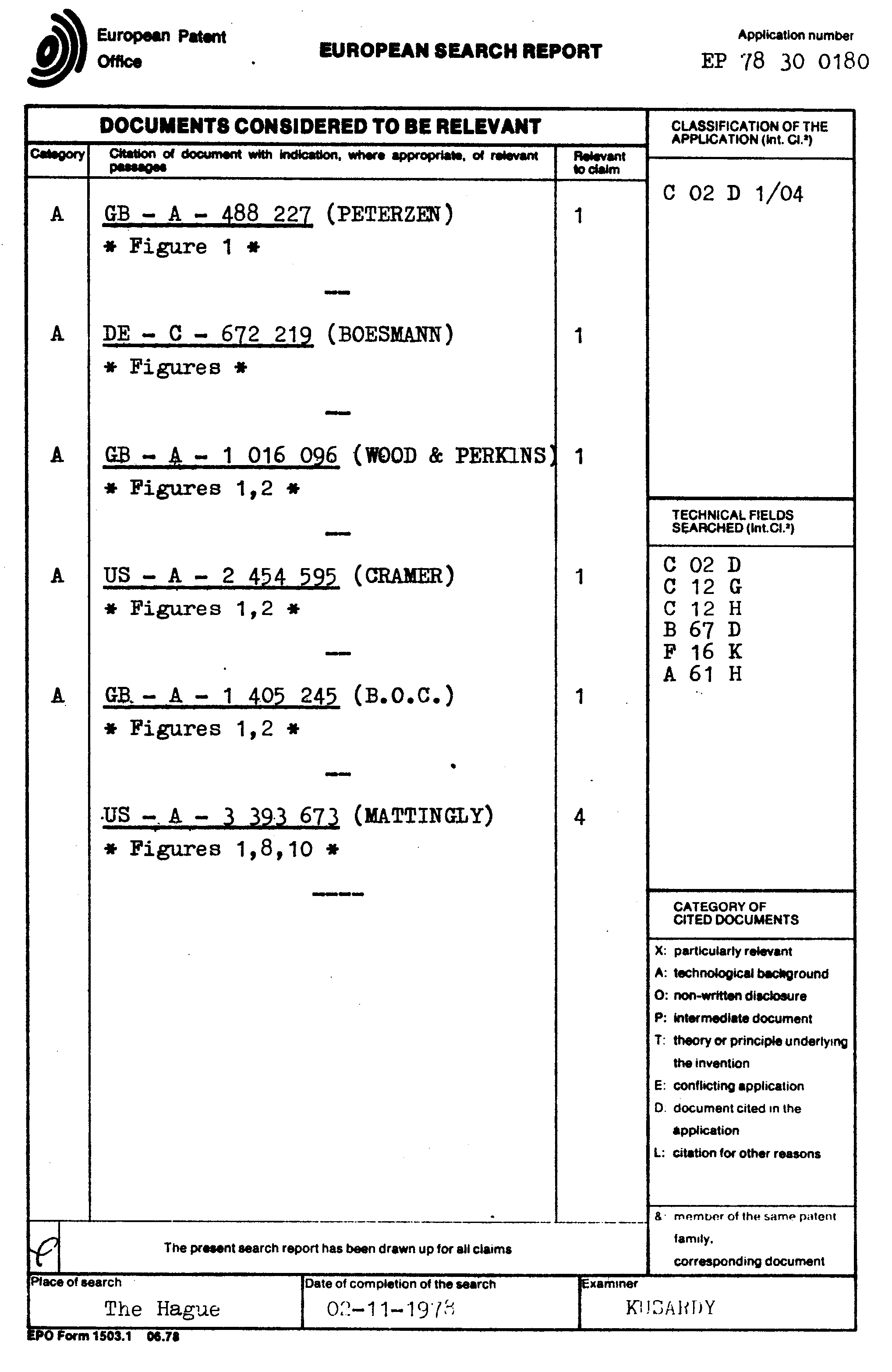