Fig. 1
is a plan view of an asphalt mixer for producing asphalt mix; and
Fig. 2
is a sectional view through the mixer of Fig. 1.

1. Method for producing an asphalt mix that includes a coarse fraction, a fine fraction, filler and bituminous binder with the following steps in the mentioned order:

c) spreading the fine fraction over the layer of filler,

2. Method according to claim 1,
characterized by discharging the fine fraction material along a mixer wall (12, 13) extending essentially parallel to the shaft (21, 24) where the paddles (30) are rotated in a downward direction.

4. Method according to any of the preceding claims,
characterized in that the fine fraction is discharged, so that fine fraction material is aggregated above the fluid level of the downwardly directed flow in the mix.

5. Method according to any of the preceding claims,
characterized in that the fine fraction is discharged into the downwardly directed mix flow with a velocity of the mix flow. 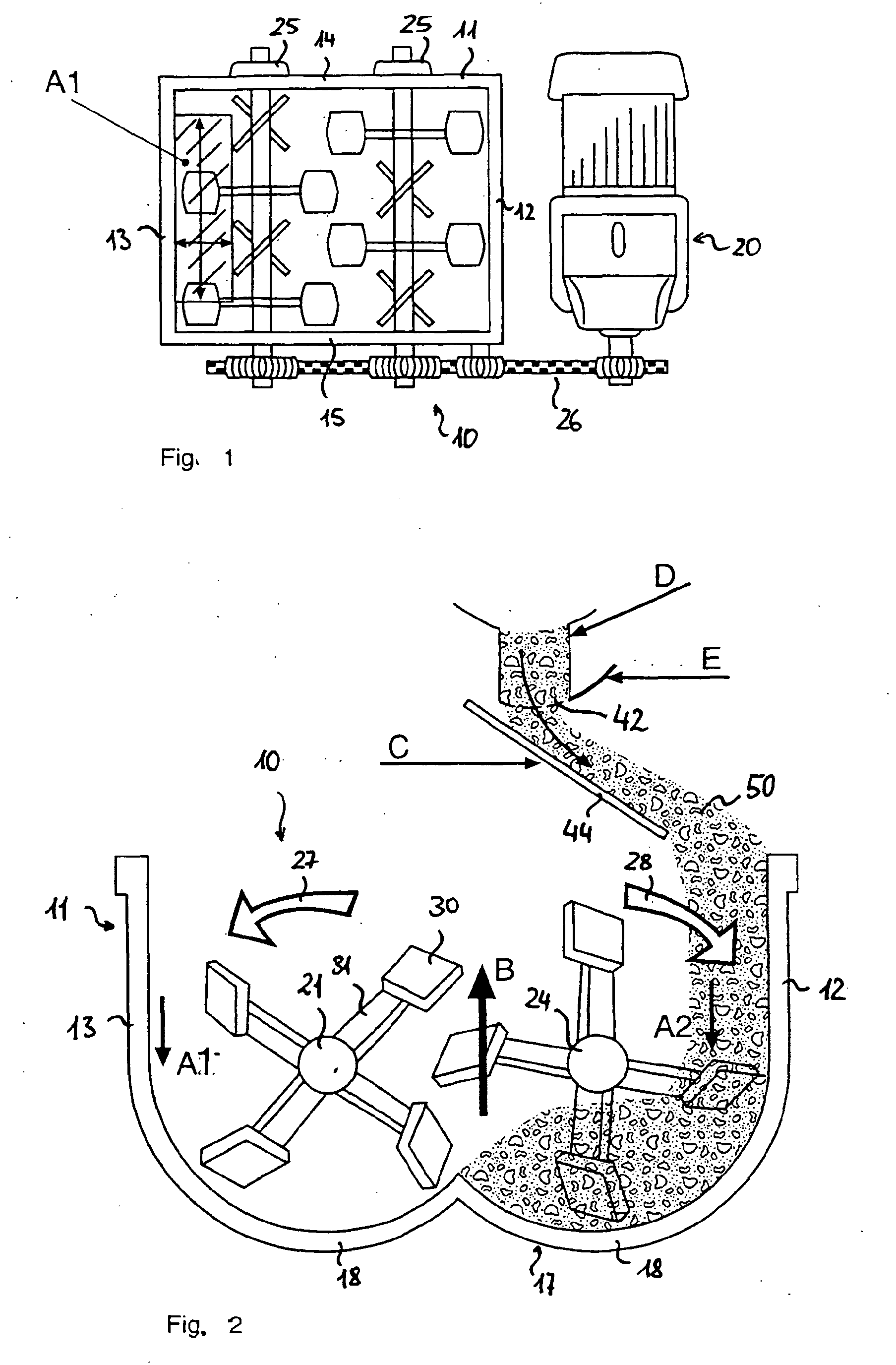