(57) The present invention relates to an improved catalyst for direct conversion of methane to ethane and ethylene, a method for producing the catalyst and a process making use of the catalyst.
It has been found that catalysts based on a reducible metal oxide selected from oxides of Mn, Sn, In, Ge, Pb, Sb, Bi, Pr, Tb, Ce, Fe, and Ru, supported on silica and promoted by addition of tungsten and an alkali metal, which catalyst still further comprises an inner transition metal promoter as promoter, selected from Nb, Eu, Y and Nd, show an excellent long term stability and lead to high conversion rates during an OCM (Oxidative Coupling of Methane) process while simultaneously the selectivity toward C2-hydrocarbons is high. The further promoter to be used can be niobium.

[0045] Following the general methods described above, two sample catalysts, one in accordance with the invention and another as comparative catalyst, have been produced with the following stoichiometric formulas (figures are in weight percent):

[0046] The following two examples show the results of performance evaluations based on the use of the two catalysts in a system as described in the introductory part above. "S" denotes selectivity, "X "denotes conversion and "Y" denotes yield.

[0047] With the comparative catalyst (type A)) the following parameters were used:

Molar ratio of methane to oxygen molar in the feed: 4

Kind and volume percent of the inert gas in the feed: He, 60%.

[0049] With the catalyst according to the invention the following parameter were used (same as used for the state of the art catalyst):

Methane to oxygen molar ratio in the feed: 4

Kind and volume percent of the inert gas in the feed: He, 60%.

Table 2: Data as to selectivity, conversion and yield for the various compounds for the catalyst according to the invention. Data are values in %.

[0050] From tables 1 and 2 in the comparative example and Example 2 above it can be seen that according to this invention, despite some loss in C2 hydrocarbon selectivity, a significant improvement in yield of C2 hydrocarbons over the whole temperature range is achieved due to significant increase in methane conversion over the whole temperature range.

1. A catalyst with improved life time and catalytic properties for use in a process for producing ethane and ethylene from methane, said catalyst comprises a reducible metal oxide selected from oxides from Mn, Sn, In, Ge, Pb, Sb, Bi, Pr, Tb, Ce, Fe, and Ru, sodium and tungsten on a silica base, characterized in that the catalyst furthermore comprises an inner transition metal as promoter, selected from one or more of Nb, Eu, Y and Nd in an amount that is sufficient to substantially increase the C2 hydrocarbon yield of the process when compared with the yield that can be achieved with a catalyst comprising no inner transition metal as promoter

2. The catalyst according to claim 1, wherein the inner transition metal promoter is present in an amount of form from 0.5 to 5 % by weight based on the total amount of the catalyst.

3. The catalyst according to claim 1 and/or 2, wherein the inner transition metal is niobium present as oxide.

4. A process for direct conversion of methane to ethane and ethylene including the steps of contacting a mixture of methane, oxygen and an inert gas with a catalyst defined in one ore more of the preceding claims.

7. Use of an inner transition metal selected from the group of Nb, Eu, Y and Nd as promoter within a catalyst during a process for oxidative coupling of methane to ethane and ethylene. 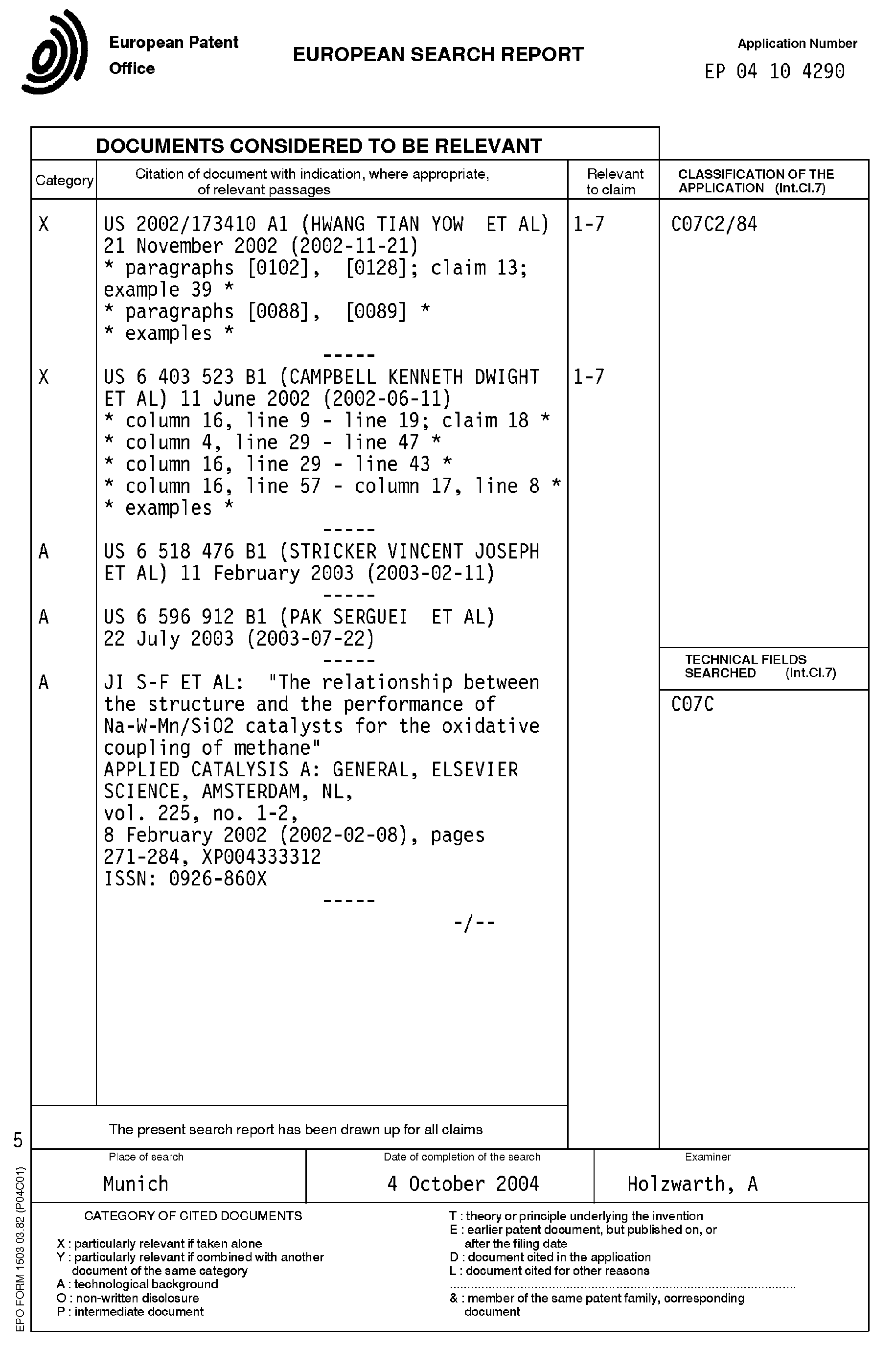 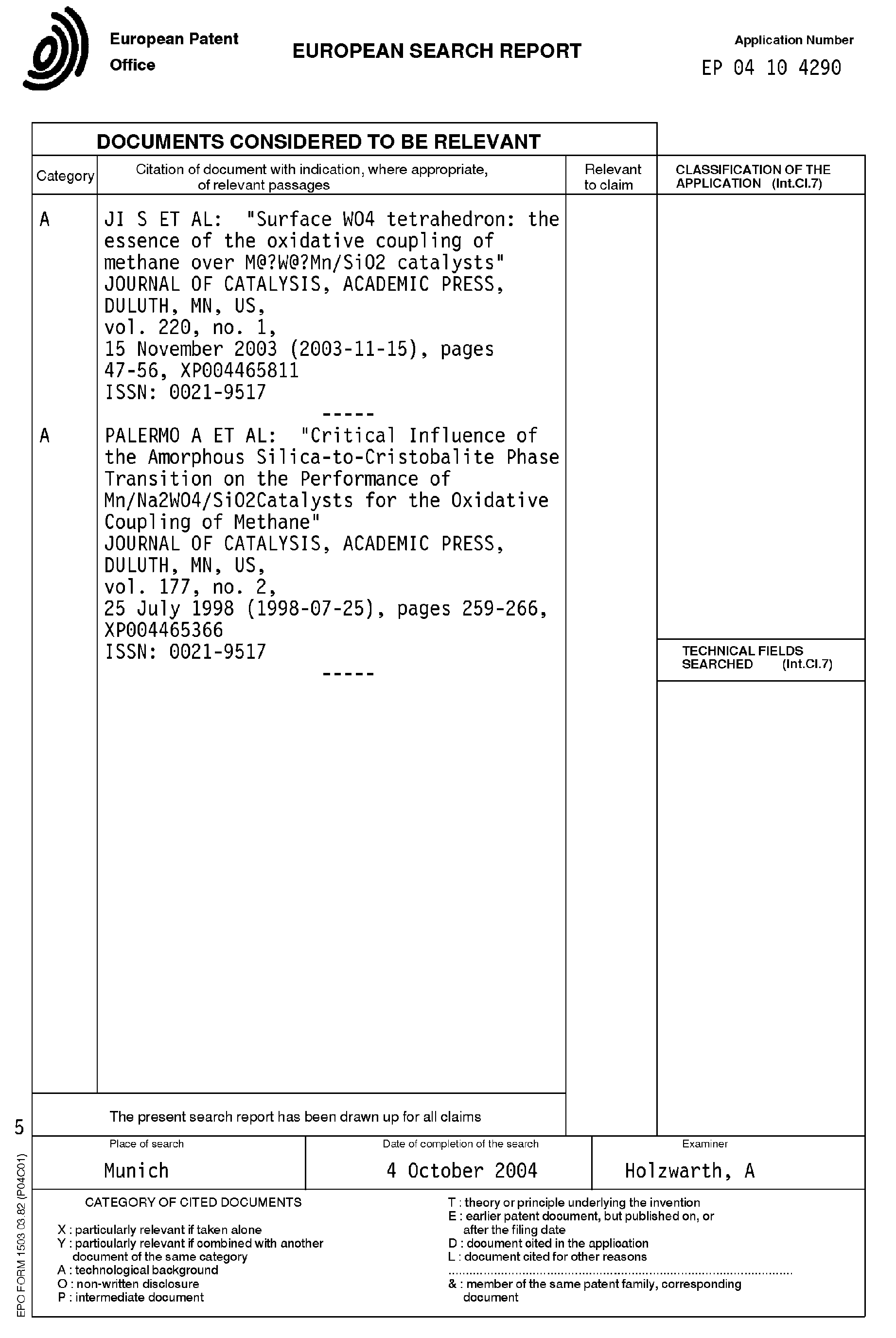 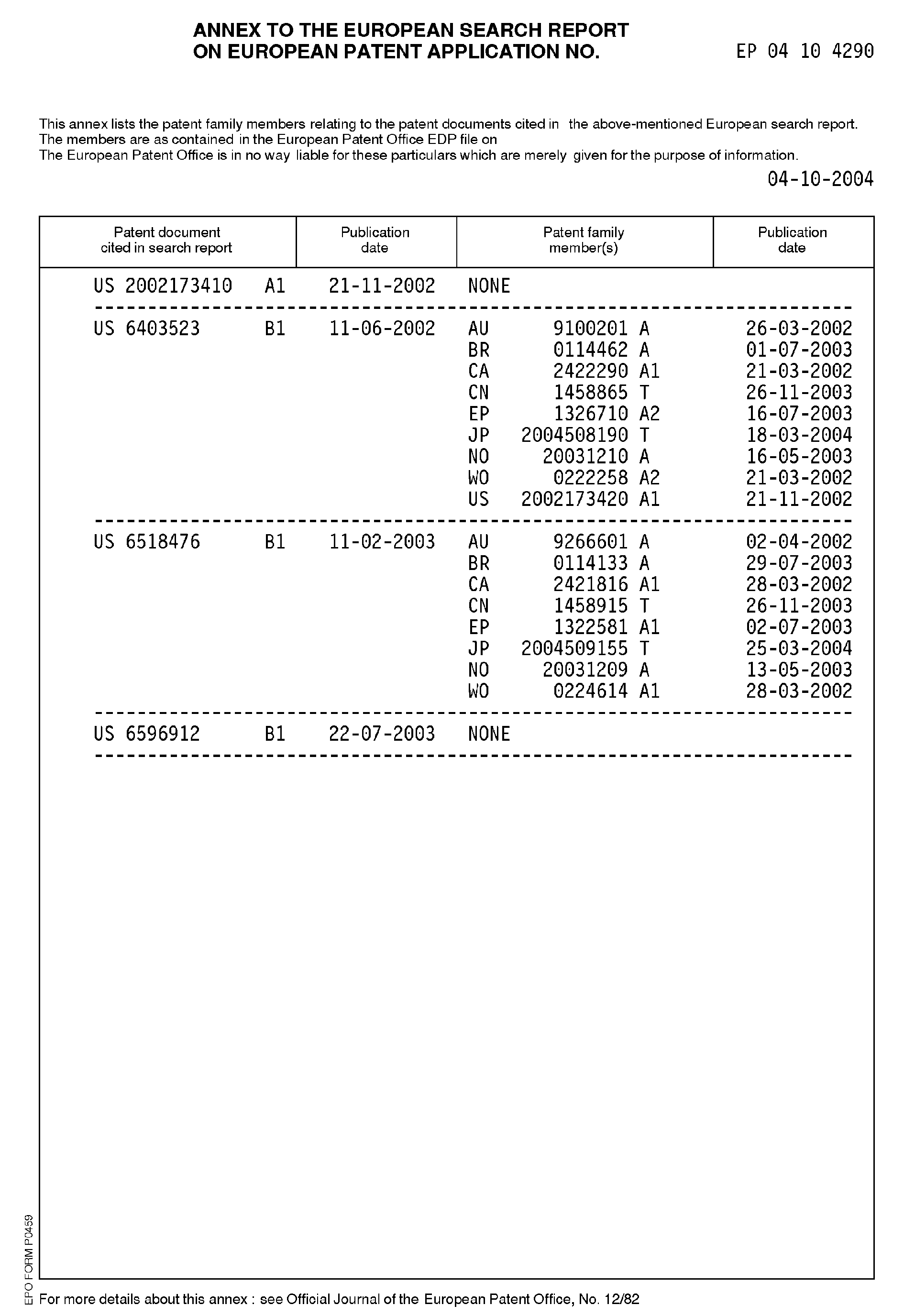