Fig. 1 is a simplified illustration of a GPS receiver including modules for providing time synchronization according to the present invention; and

Fig. 2 is a flowchart of a method of synchronizing the GPS module of Fig. 1 to the time reference provided by a cellular communication system.

- to provide a trigger pulse derived from the cellular communication signal, and

- to provide information indicating a time-mark relating the trigger pulse to a universal time;

- to provide a local time indicative of when the trigger pulse is received;

a special hardware path (23), configured for communicating the trigger pulse directly to the timing register (19) with essentially no delay or with a known delay, the special hardware path (23) being a path between the cellular module (11) and the global positioning system module (12) that are located in a global positioning system receiver (10); and

an apparatus as claimed in claim 1; and

a cellular base station (24), for providing the cellular communication signal.

receiving, at a cellular module (11), a time-stamped frame containing a time-stamp from a location measurement unit (22);

determining a time-mark value for a frame yet-to-be received, wherein the time-mark value is based on the time-stamp but includes a correction due to propagation delay of the timestamp between a serving cellular base station (24) and a global positioning system receiver (10);

providing to the global positioning system module (12) via a software connectivity layer (16) a frame number and the time-mark;

receiving a trigger signal via the special hardware path (23);

recording in a timing register (19) of the global positioning system module (12) a time at which the trigger signal was received, according to a local clock (18);

receiving a time-mark message over the software connectivity layer (16);

recording a time at which the time-mark message is received, according to the local clock (18); 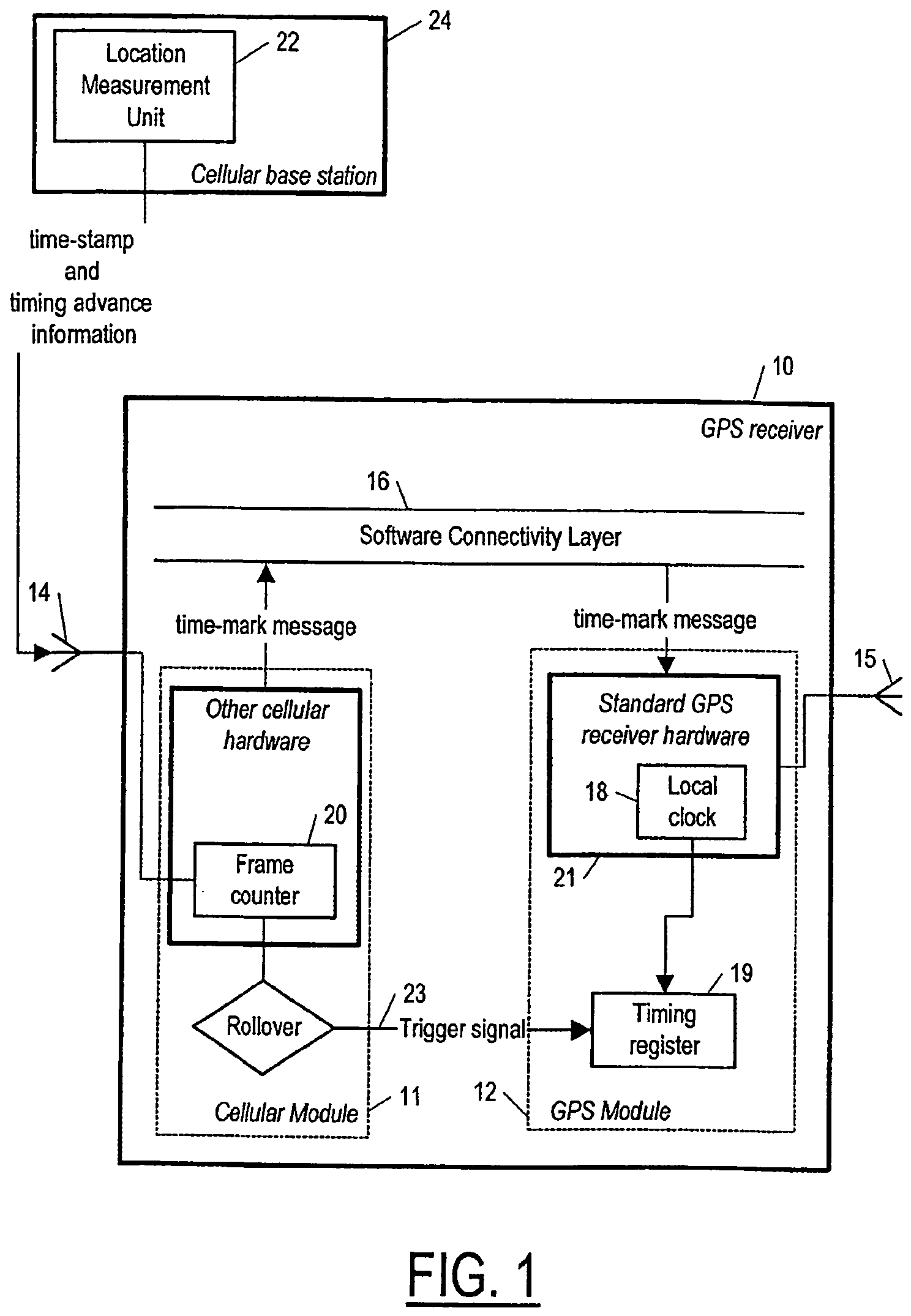 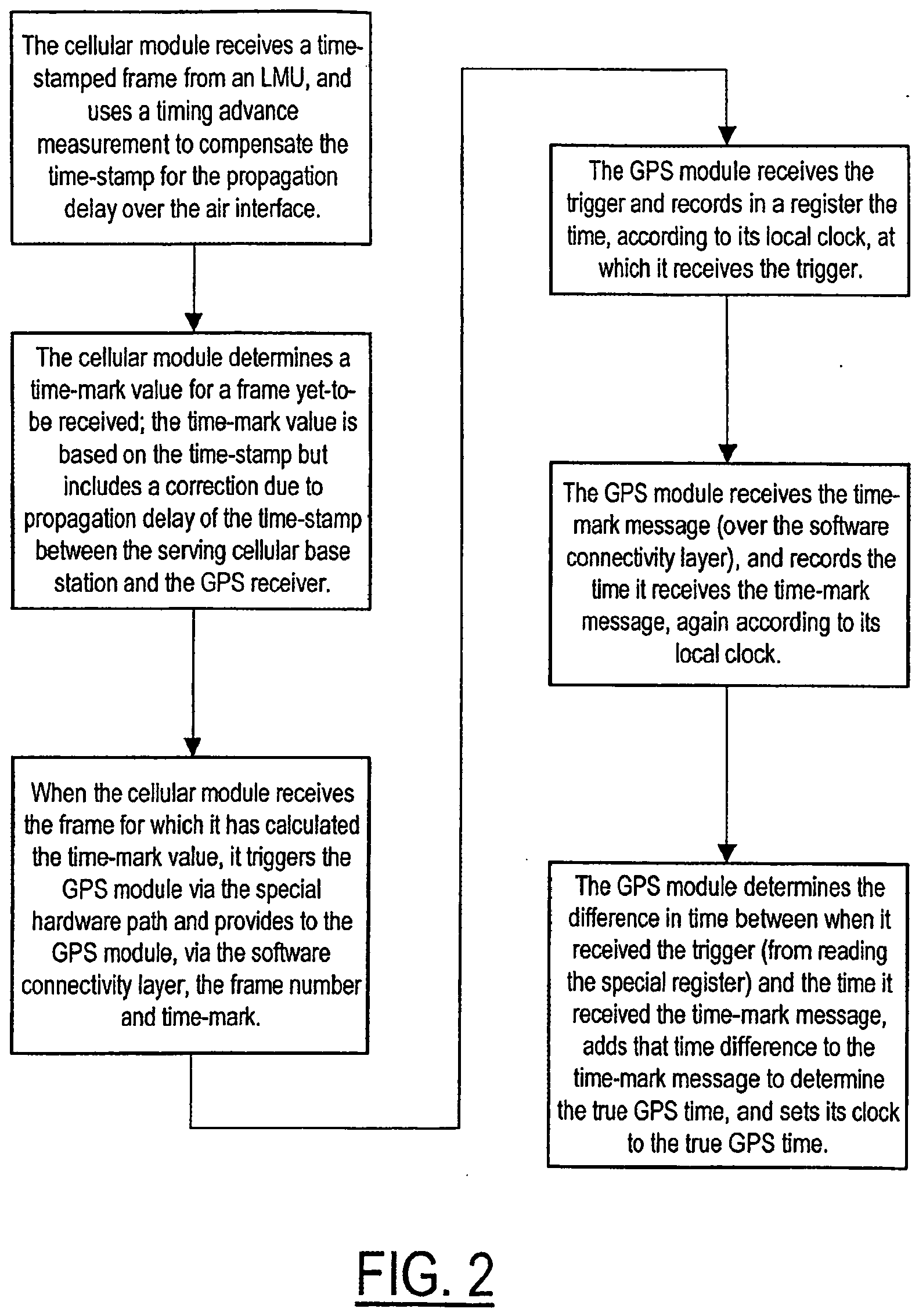