Fig 1 is a picture produced by a scanning electron microscope, of glassy particles of MSG produced by a method in accordance with the invention;

Fig 2 is a very schematic drawing showing the particles of Fig 1 suspended in a non-toxic non-aqueous biocompatible liquid to form a stable suspension suitable for injection through a hypodermic syringe; and

1. A method of making a glassy product for stabilising a biological material comprising the steps of:

ii) causing the first liquid material to form a glass at the same time as the second material forms the gas; 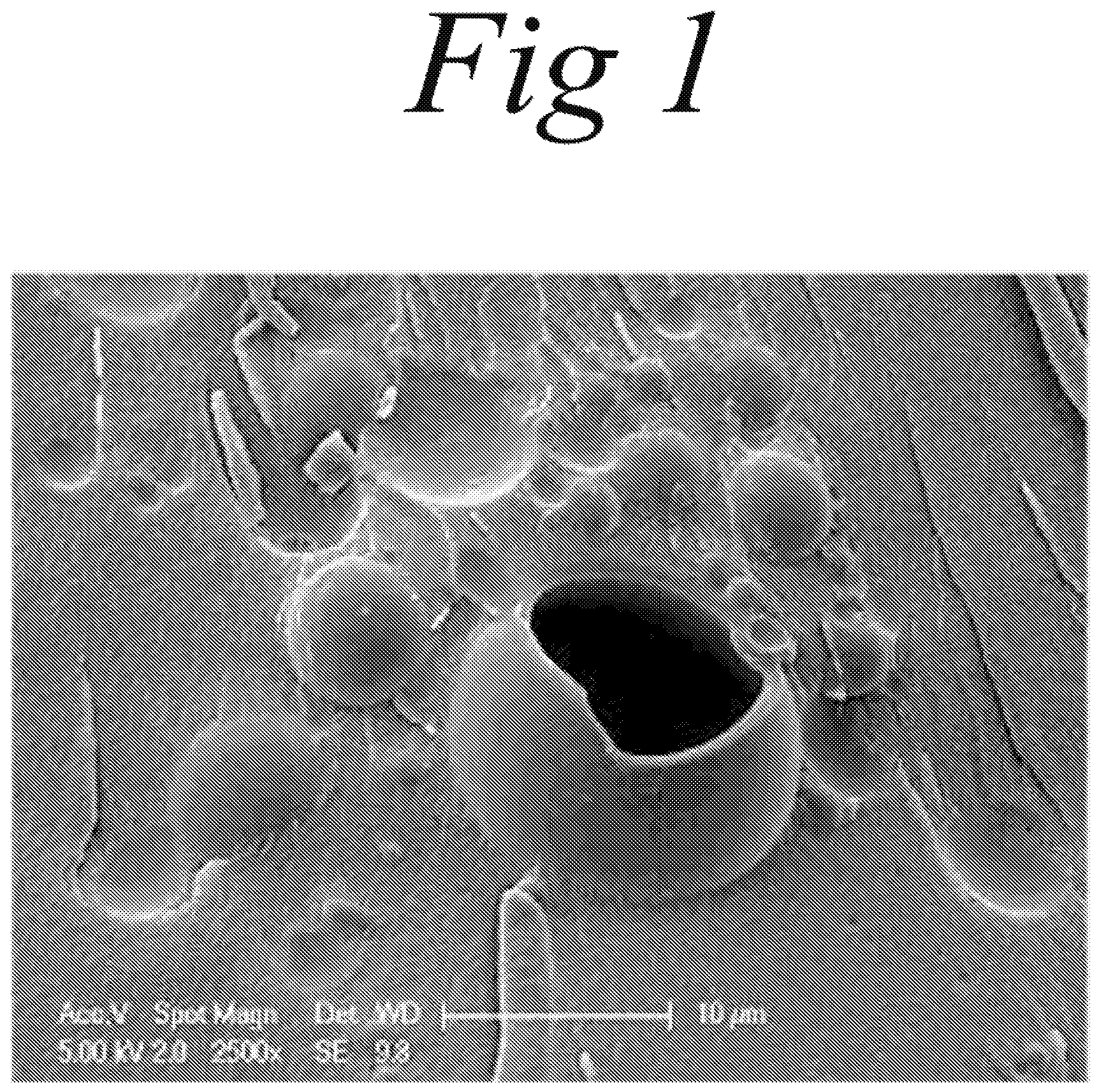 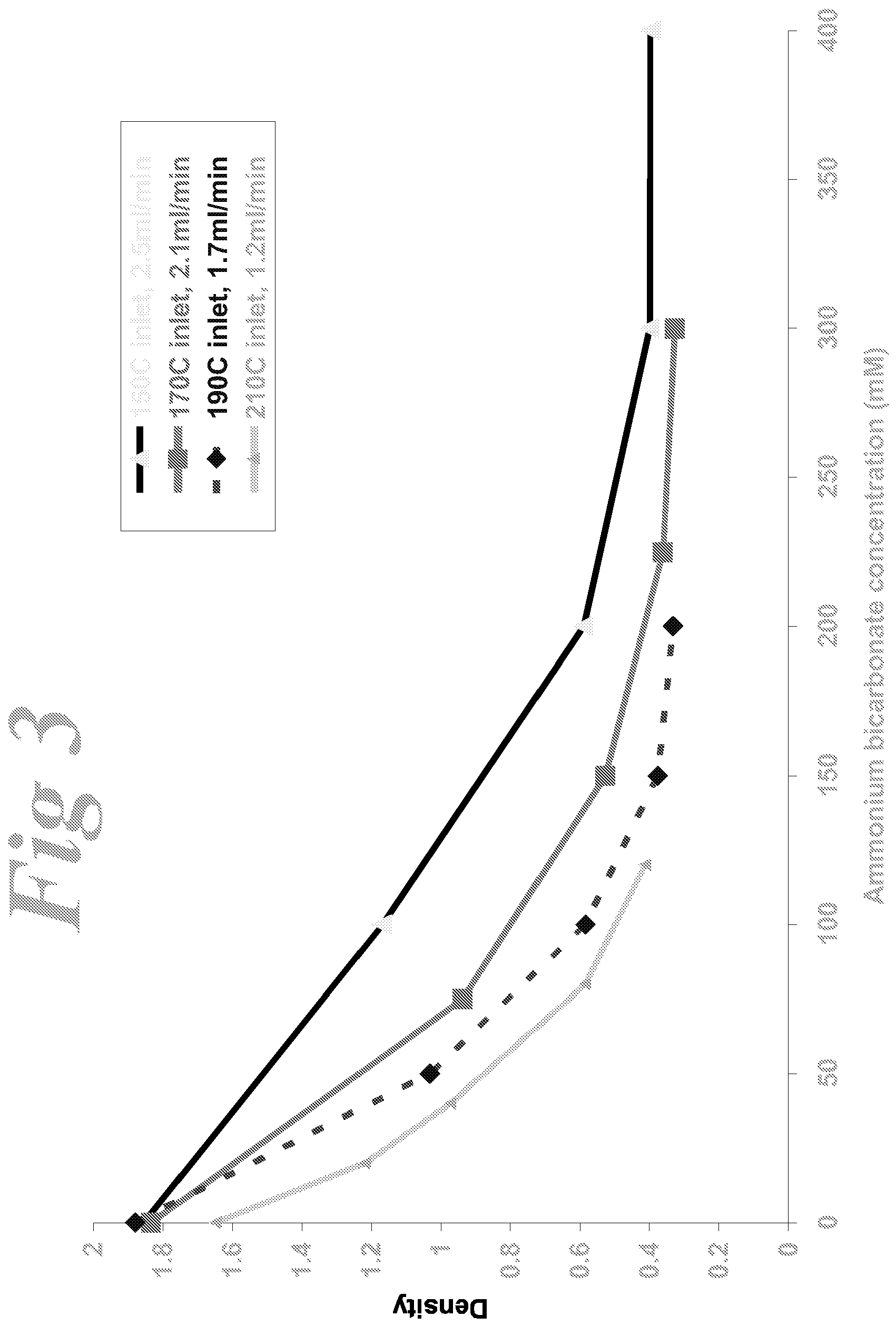