FIG 1 shows a functional scheme of a service-aware aggregated link transport realized in accordance with this invention,

FIG 3 shows a scheme similar to that of FIG 2 in case of failure of one or more aggregated links. 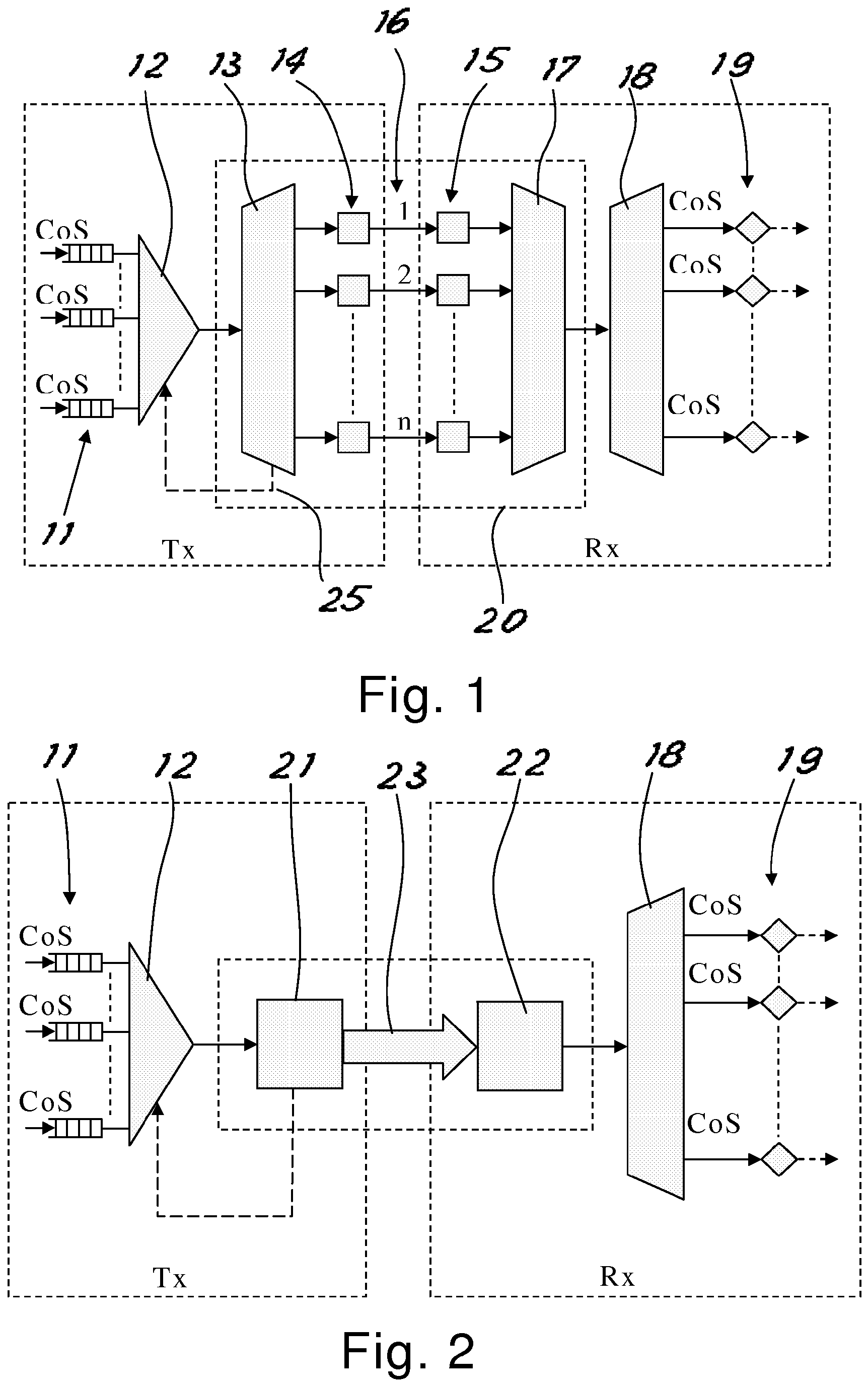 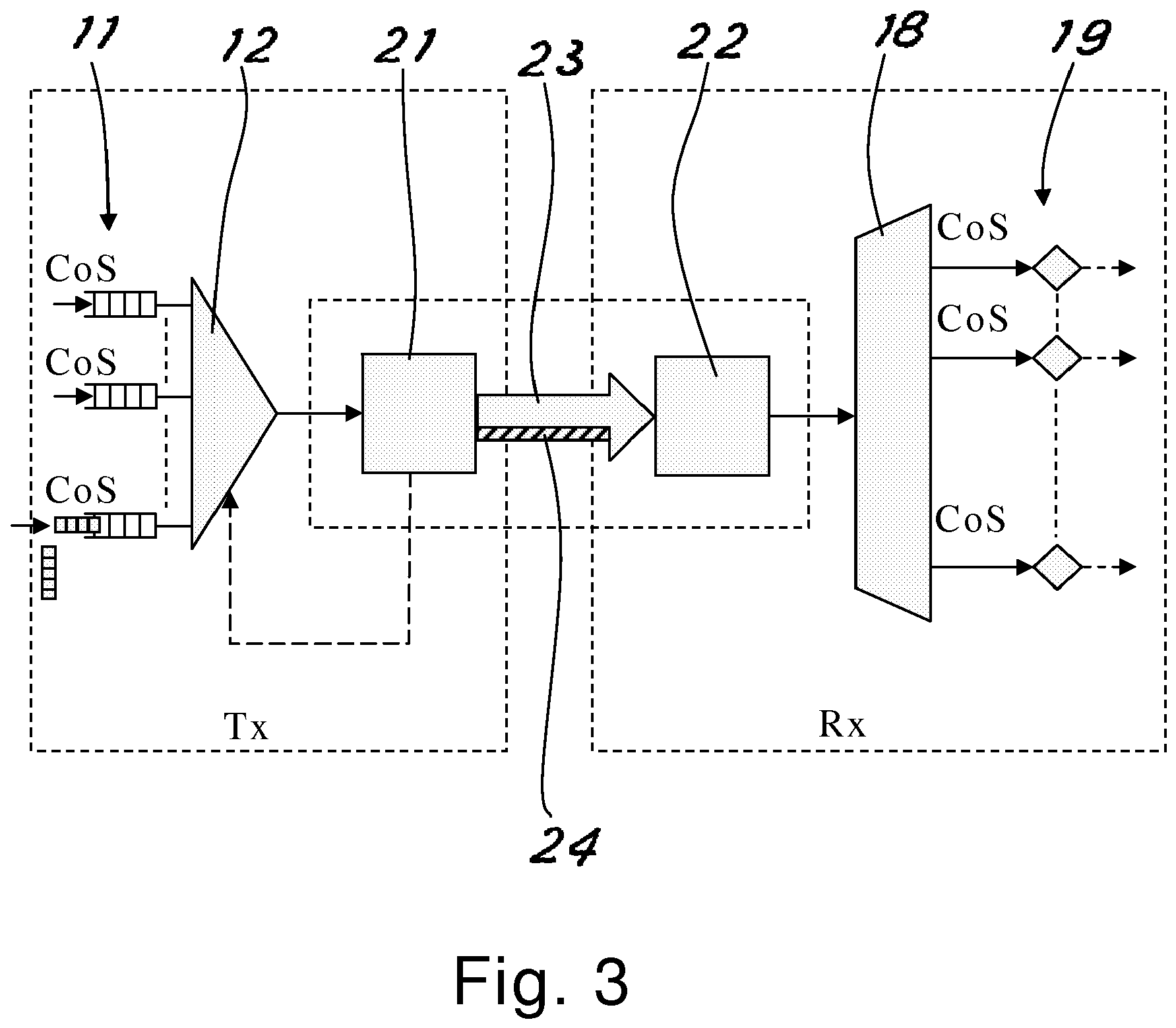