Fig. 1 is a schematic perspective view of a known autostereoscopic display device;

Figs. 2 and 3 are used to explain the operating principle of the lens array of the display device shown in Fig. 1;

Fig. 7 shows the barrier arrangement of Figs. 6(b) and 6(c) configured into a further mode providing a slanted focusing arrangement;

Fig. 8 is used to explain the benefit of a slanted focusing arrangement;

Fig. 10 shows how the lens arrangement of Fig. 9 can be controlled to provide a lens shift function;

Fig. 11 shows one example of an electrode pattern for use with the lens arrangement of Fig. 9;

Fig. 12 shows a modification to the electrode pattern of Fig. 11;

Fig. 13 shows the benefit of the modification of Fig. 12; and

Fig. 14 shows a display system of the invention.

- an imaging arrangement (9) adapted to direct the output from different pixels to different spatial positions to enable a stereoscopic image to be viewed,

- a switchable auto stereoscopic display device as claimed in any preceding claim; and

- a controller (148) for controlling the mode of the imaging arrangement in dependence on the image data. 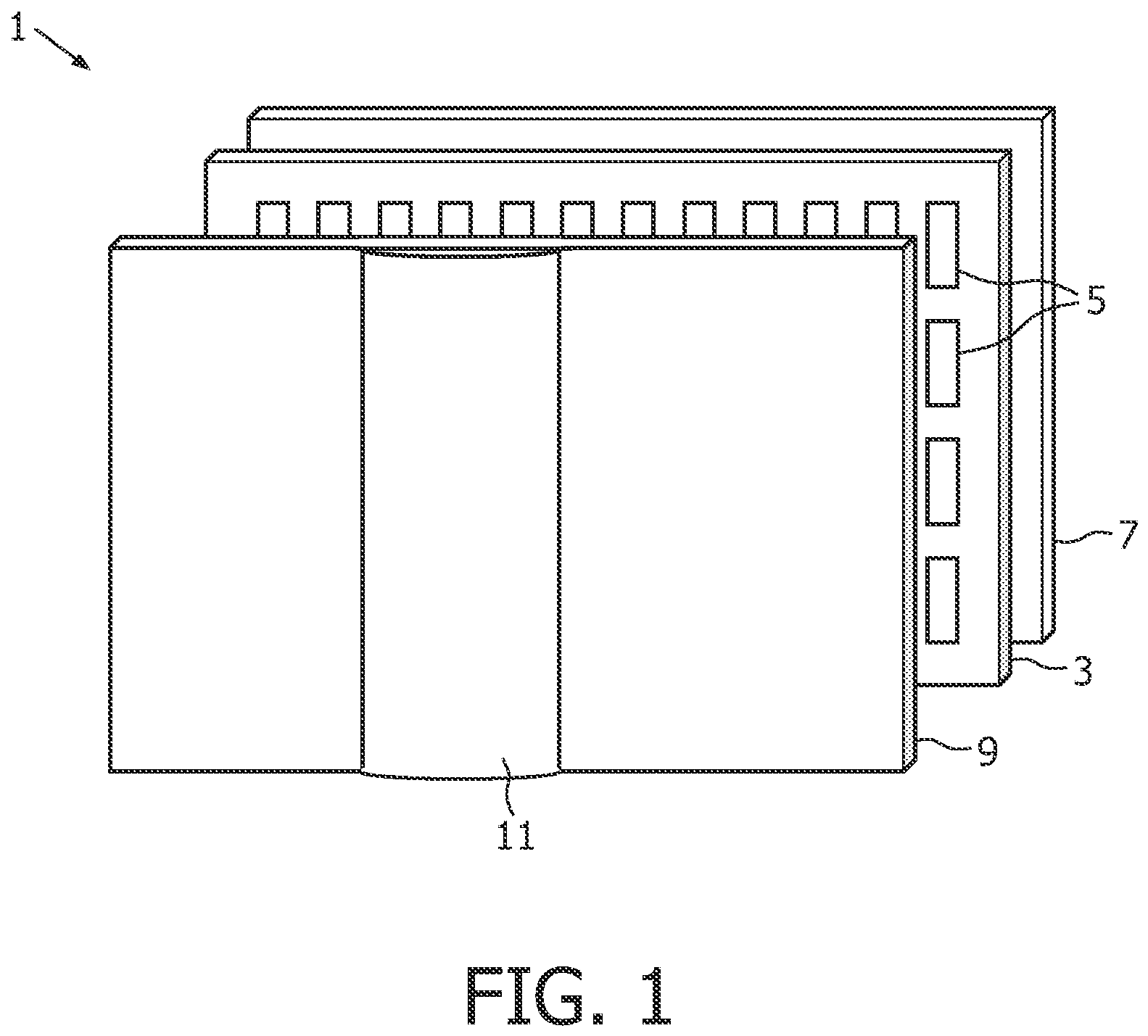 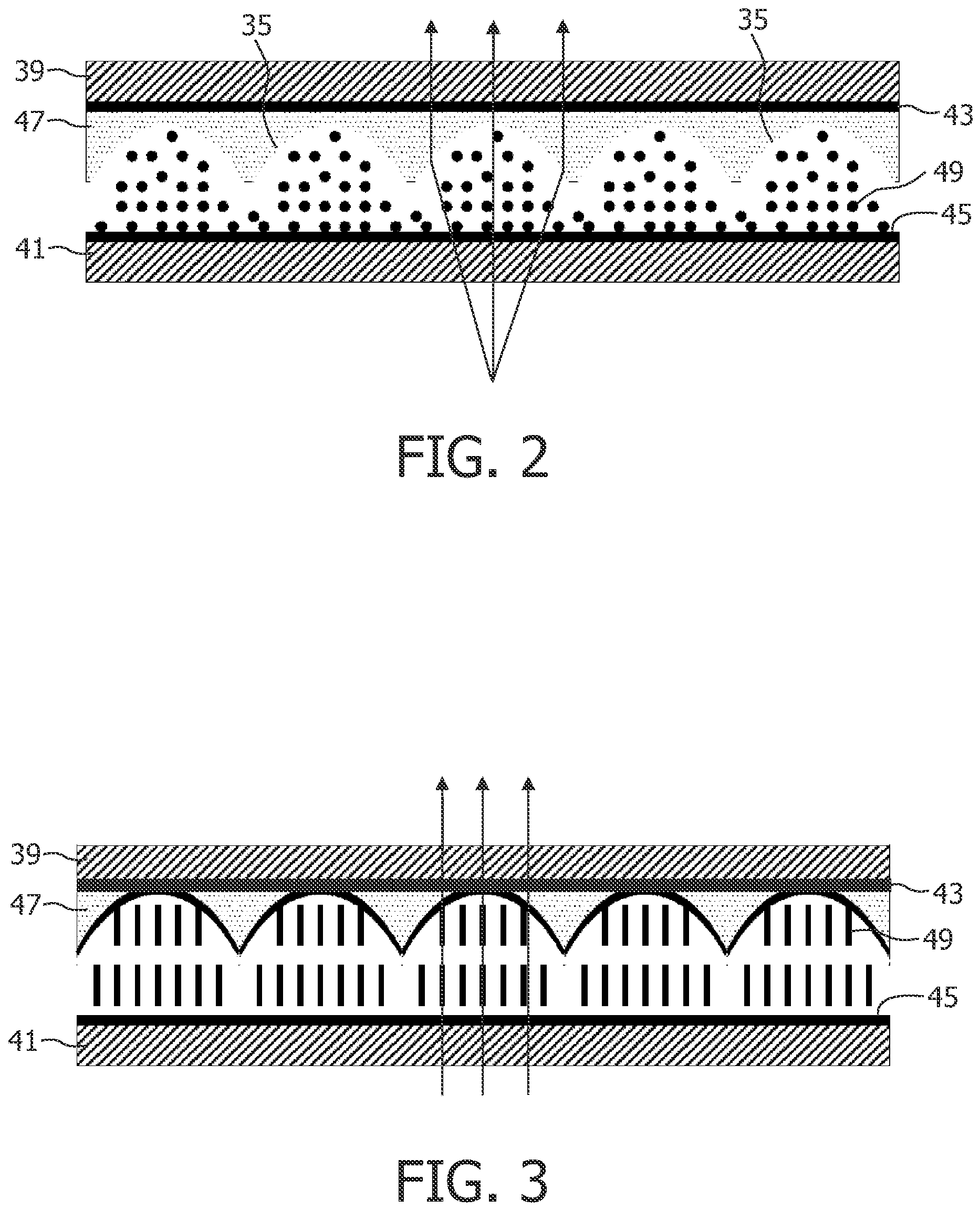 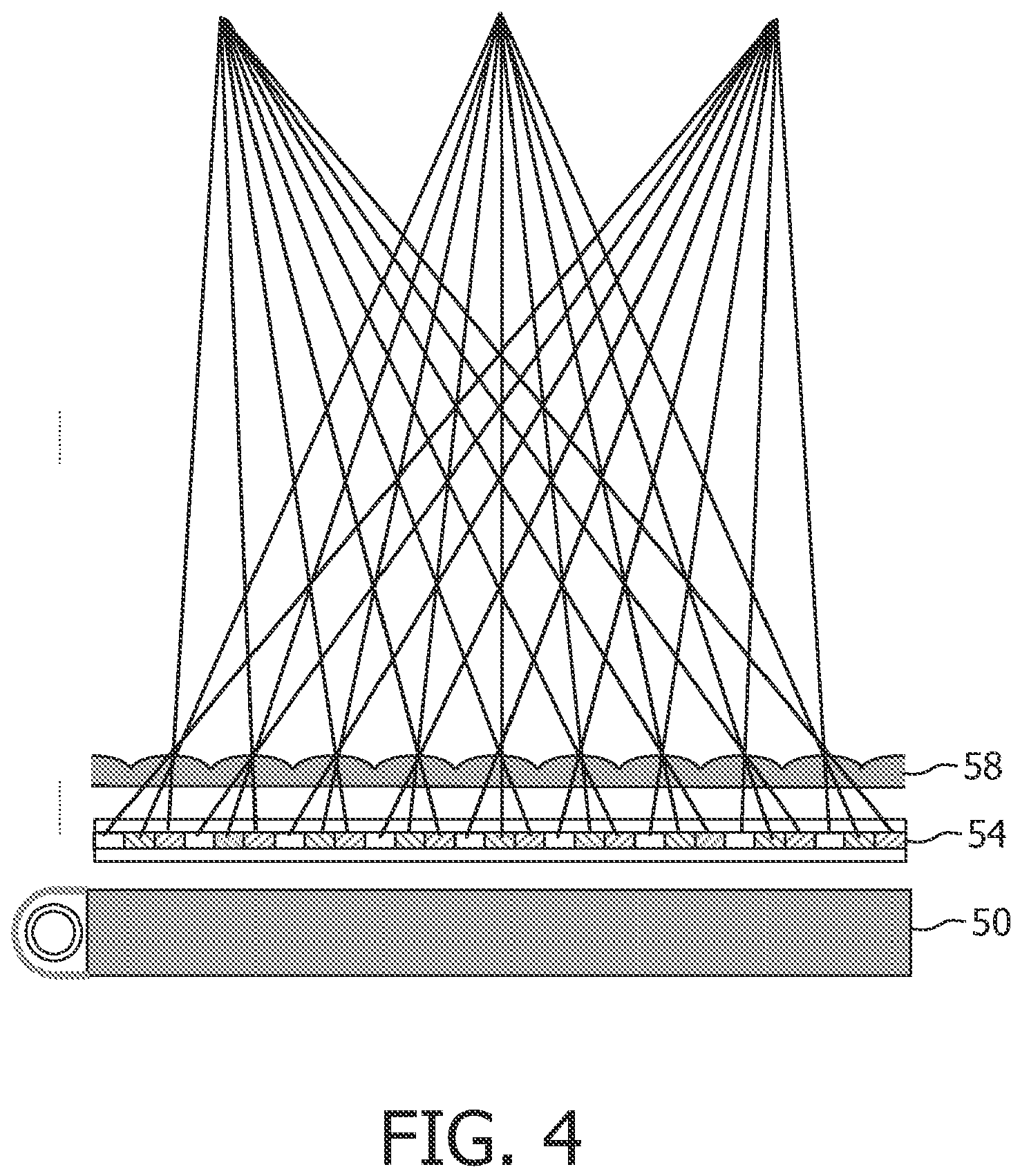 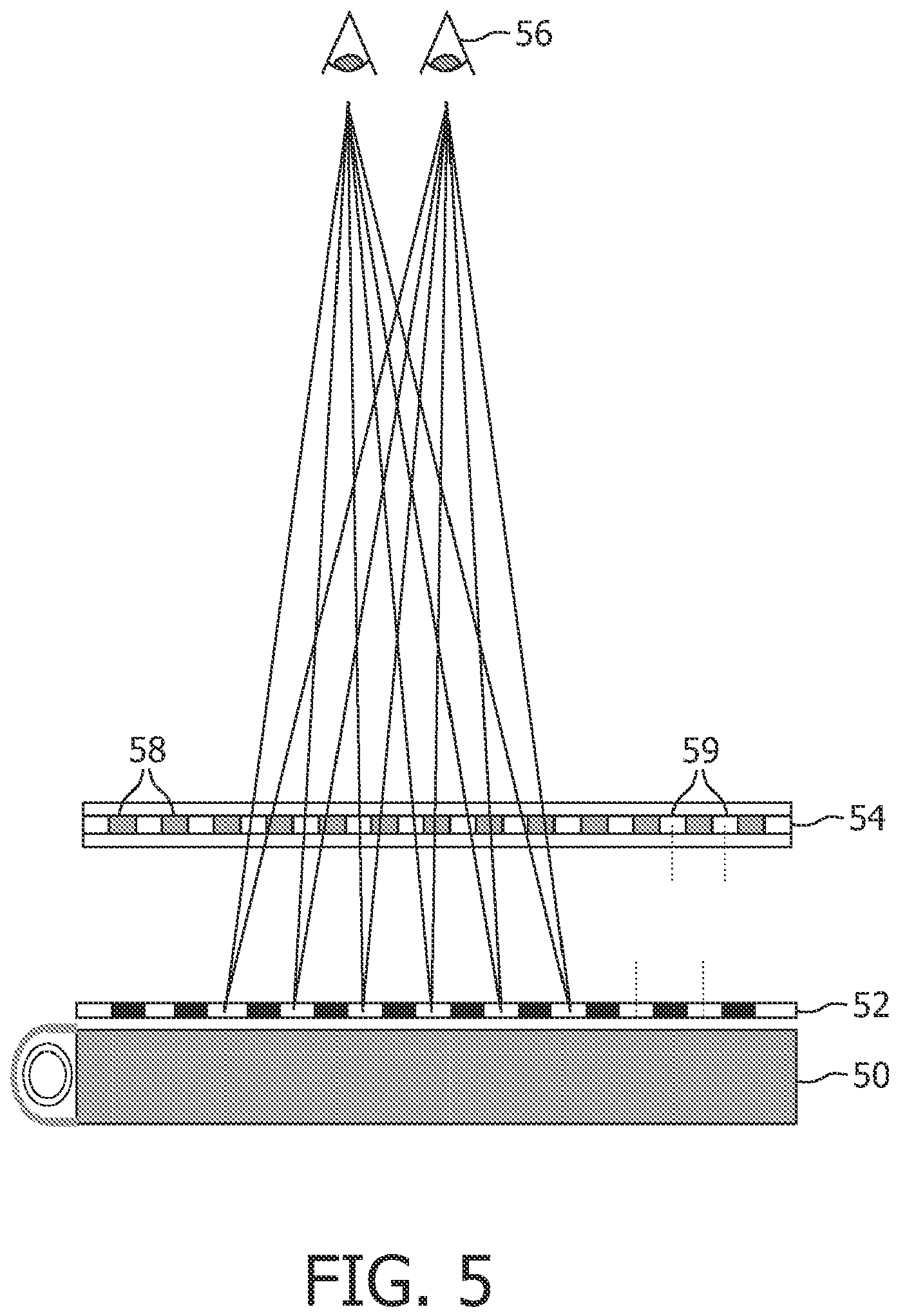 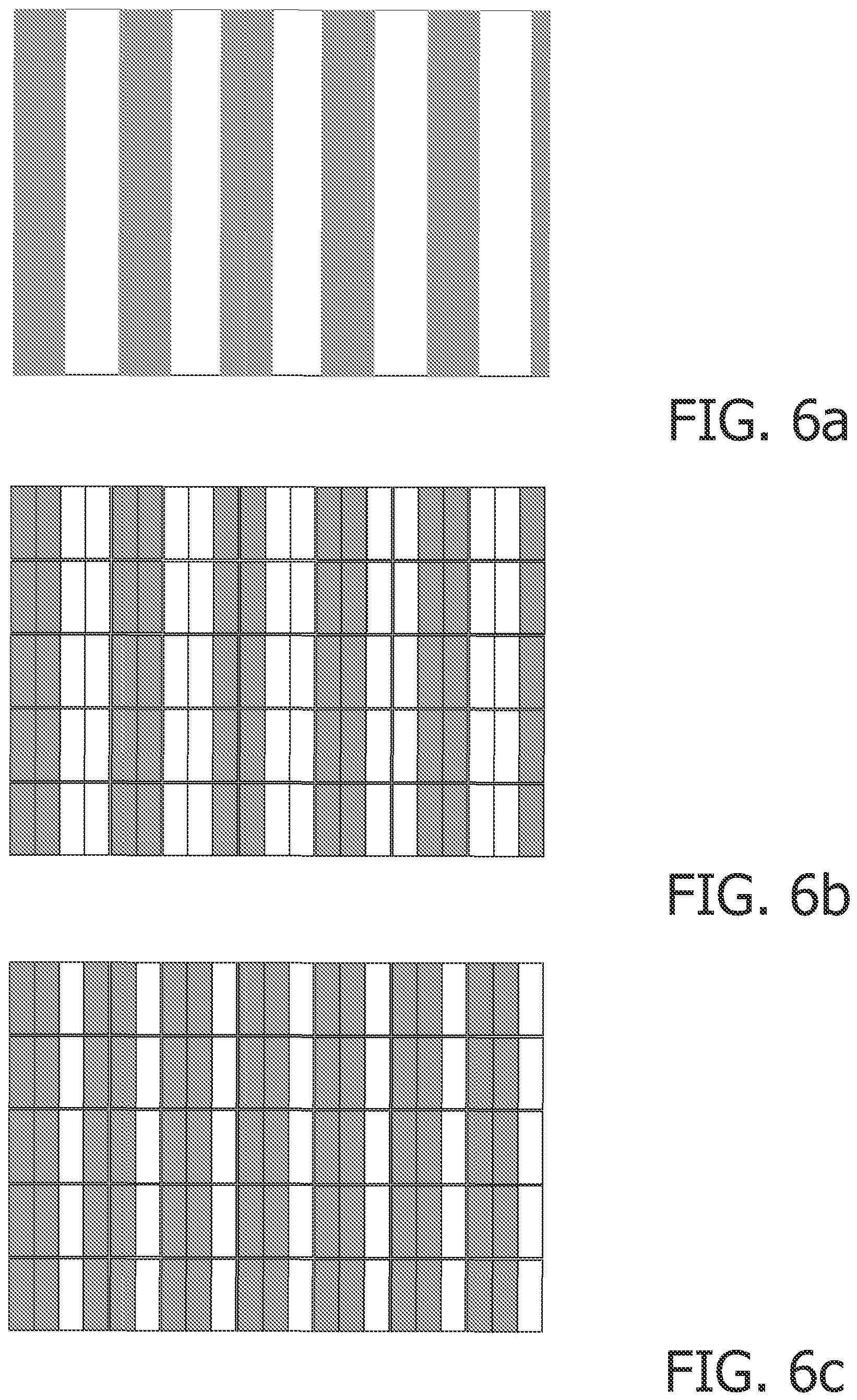 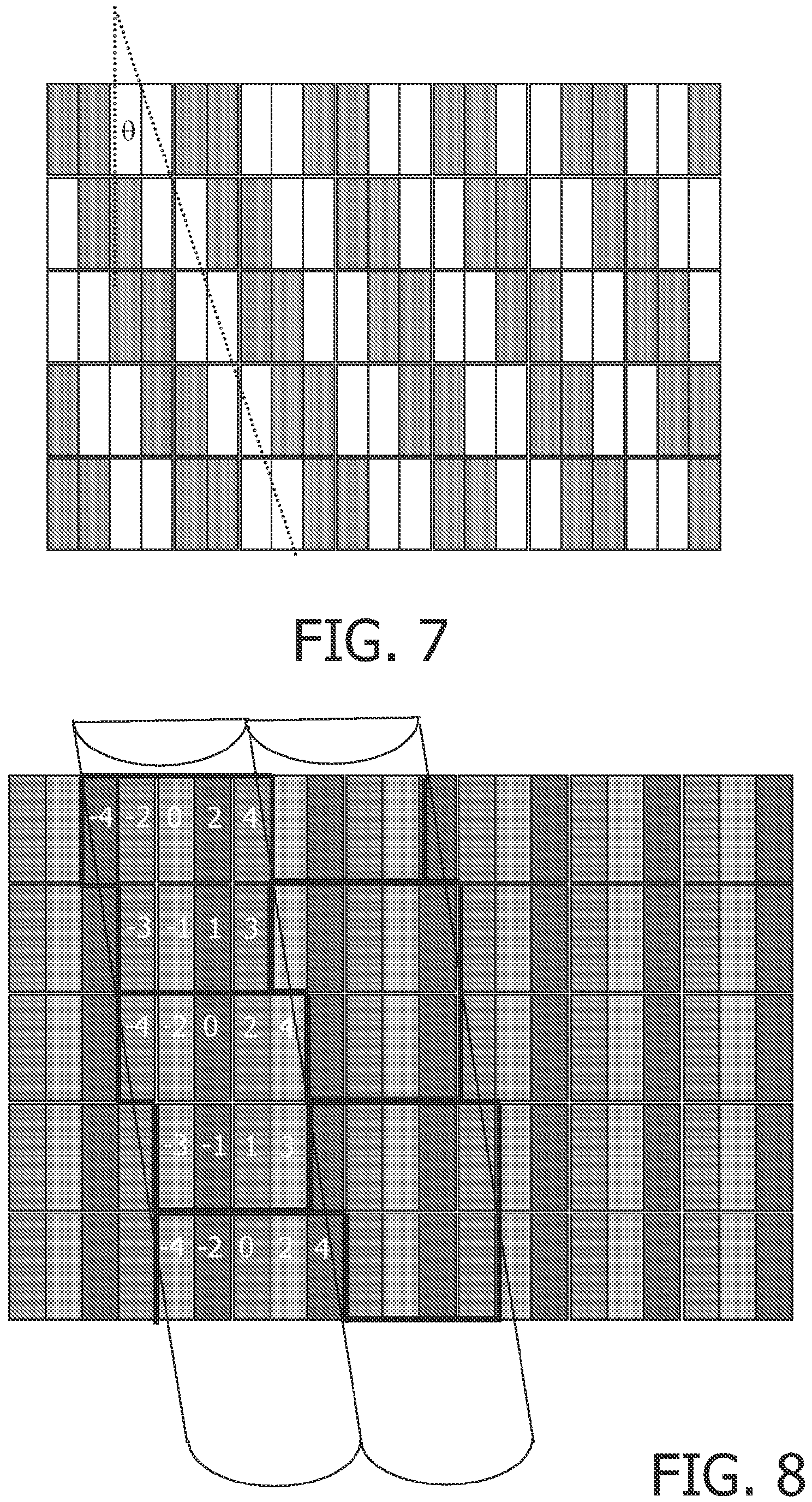 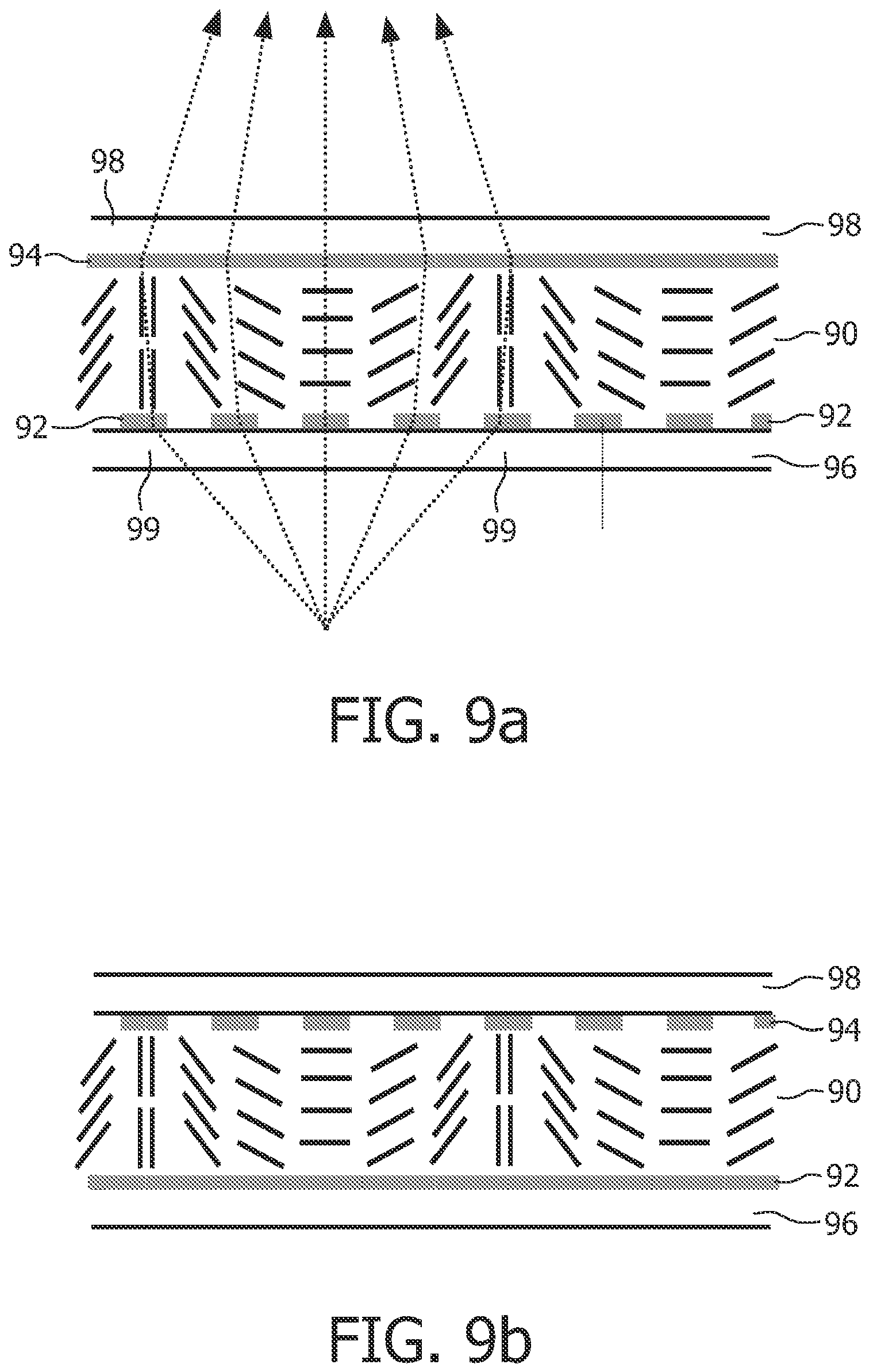 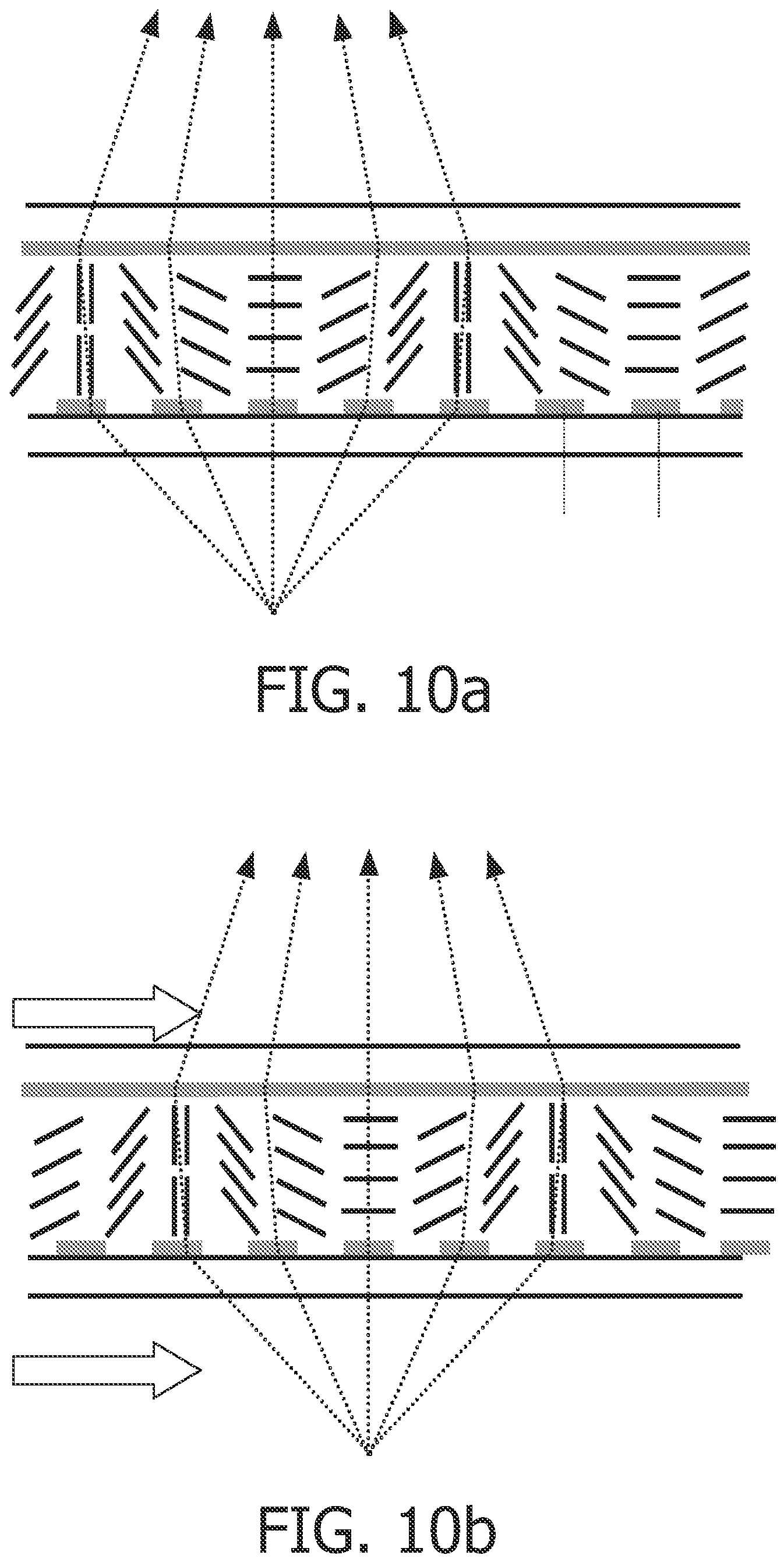 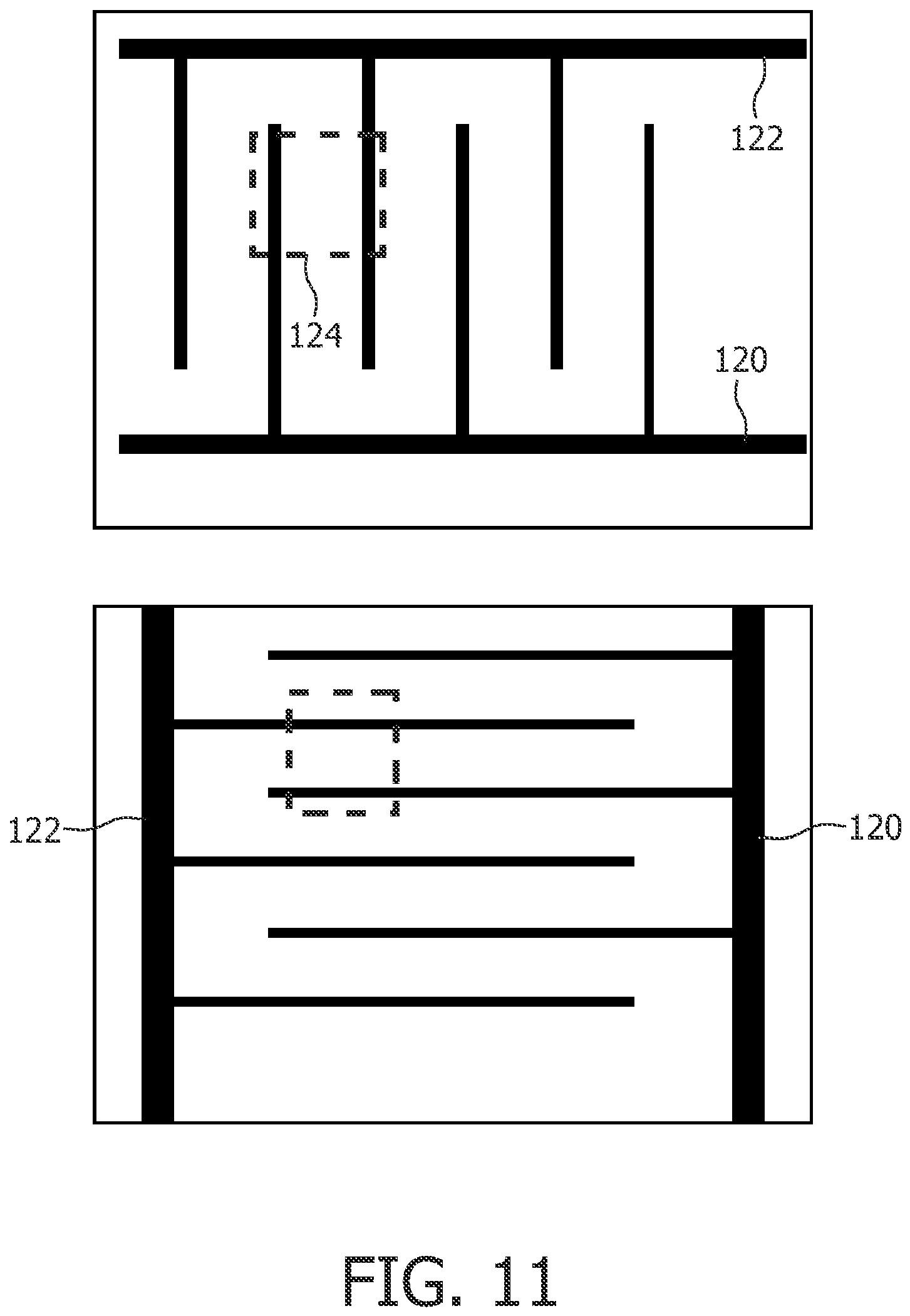 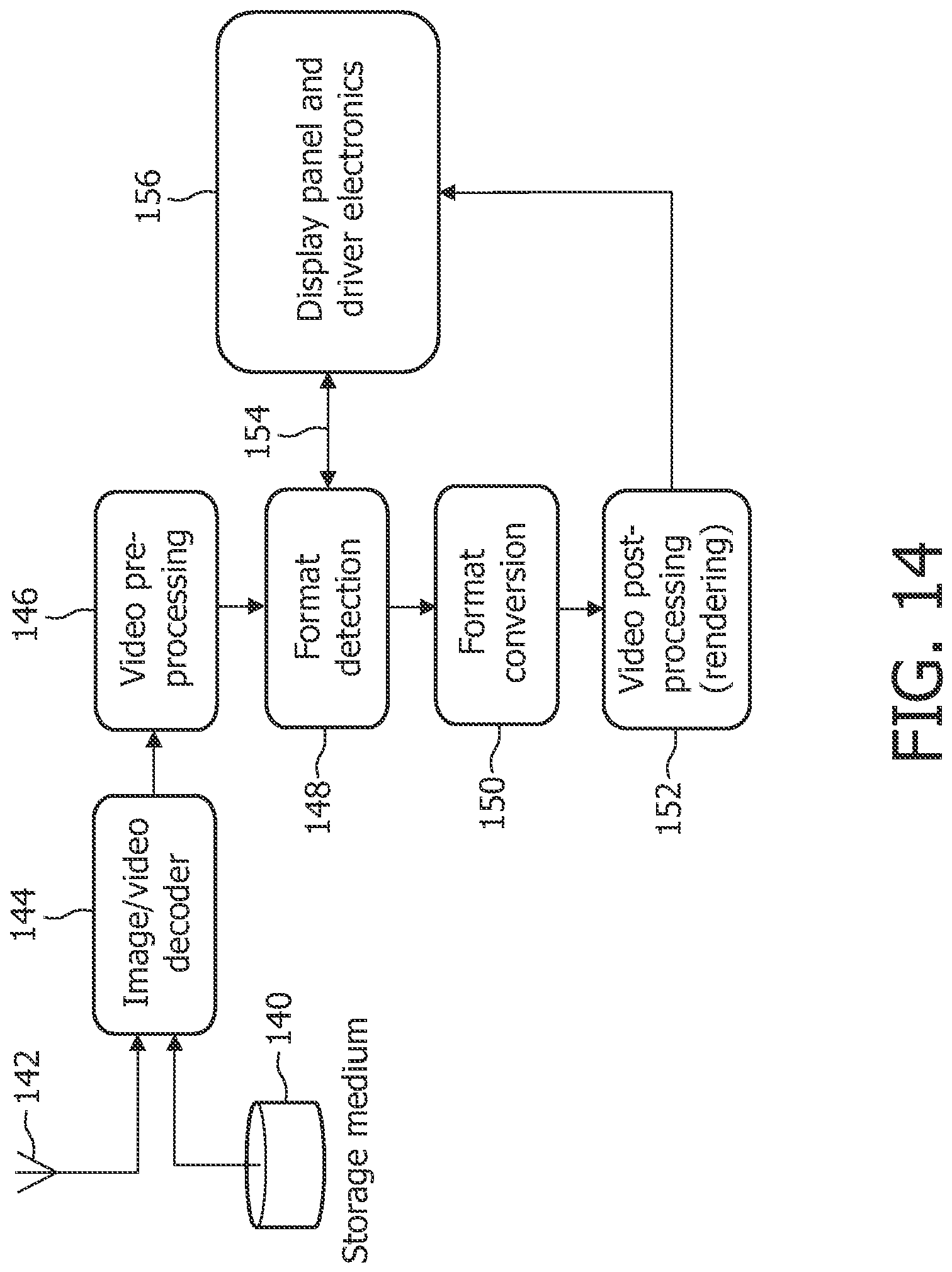