Figure 1 depicts a perspective cross sectional view of an embodiment of a charge carrier.

Figure 2 illustrates a partial cross sectional view of an embodiment of a perforating system.

MODE(S) FOR CARRYING OUT THE INVENTION

- an energetic material forming the charge case (1) and liner (5), and

- tungsten and cement particles are added to the energetic material.

4. The perforating system of claim 3, wherein the gun body comprises the energetic material. 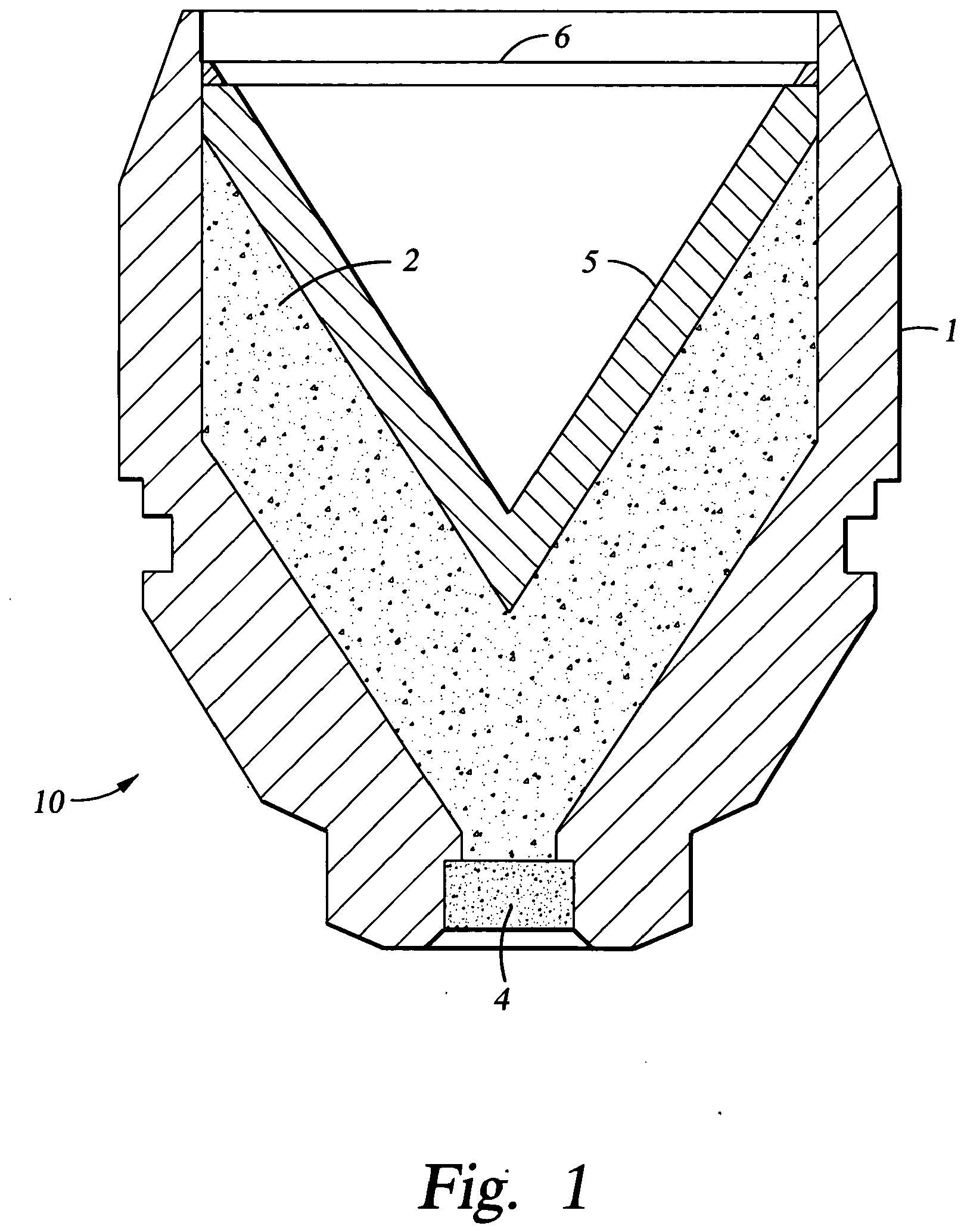 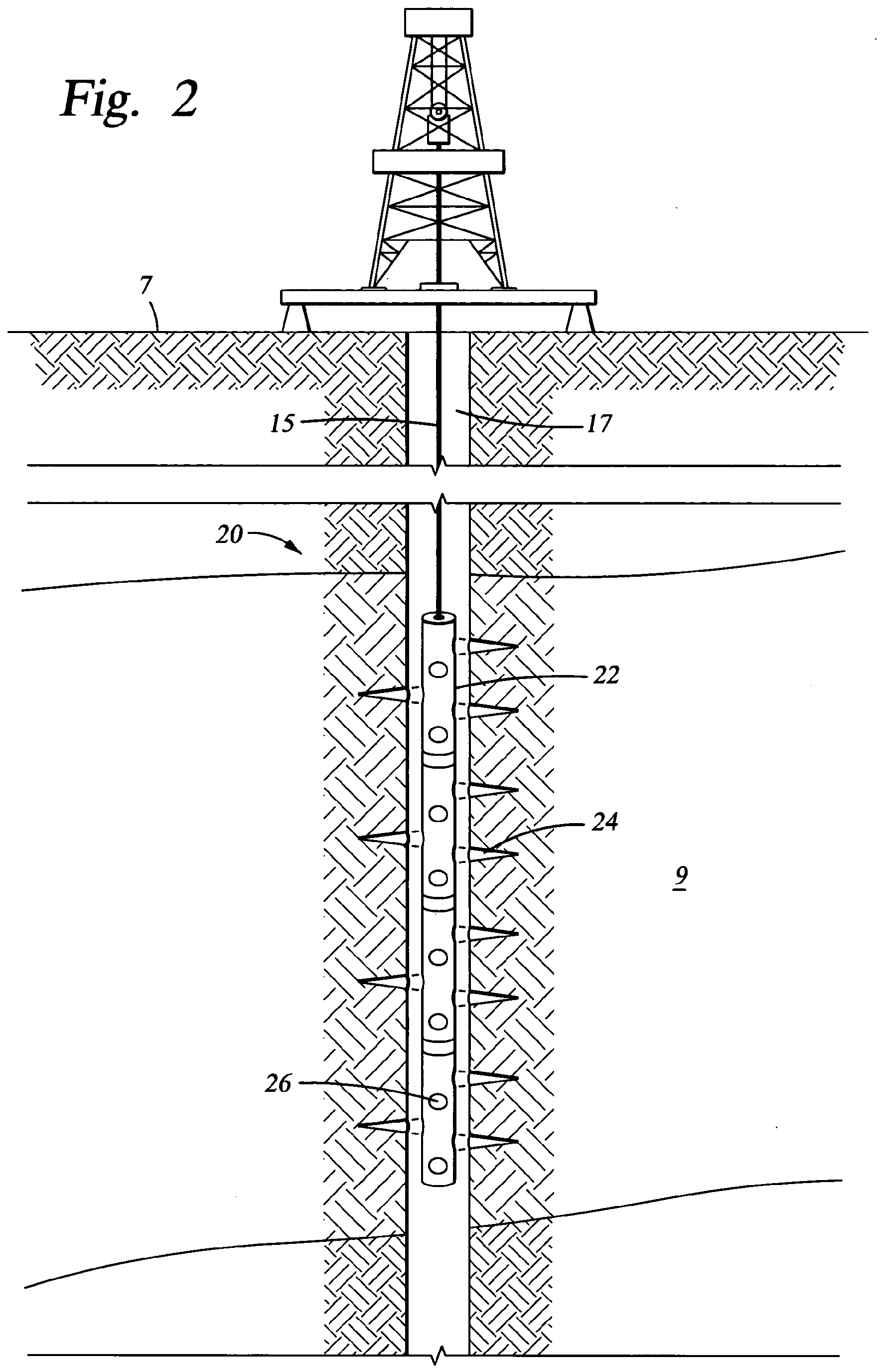