[0002] JP 2004 257290 A describes an elastic buffmg grinding wheel which distorts when pressed onto a roller to be ground by the wheel.
[0003] Many plain cylindrical bearings such as those used for main bearings and crankpins for crankshafts require non-parallel profiles on the finished shaft. Such profiles are usually produced by plunge grinding with the reverse image of the desired profile dressed onto the periphery of the grinding wheel.
[0004] The recent introduction and application of Cubic Boron Nitride (CBN) grinding wheels to the bearing grinding process has led to the development of multi-plunge grinding techniques and diagonal or vector grinding as described in British Patent Specification No. 2413978. The newer grinding methods have made non-parallel sided cylindrical bearing components difficult, if not impossible, to produce. This invention addresses such difficulties, demonstrating a capability to grind non-parallel shapes, in particular barrel forms, whilst retaining the advantages of vector and multi-plunge grinding.

Figure 1 is a side view of a symmetrical grinding wheel,

Figure 2 is a side view of an asymmetrical grinding wheel,

Figure 3 illustrates how the grinding wheel of Figure 2 can become distorted in use, the distorted shape being shown in broken lines,

Figures 4 and 5 illustrate two successive steps in a plunge grinding operation according to the invention,

Figures 6 and 7 illustrate two successive stages in a grinding operation where the grinding wheel undergoes a lateral or traversing movement with respect to the workpiece in conjunction with a speed change,

Figures 8, 9 and 10 show how the rotational speed of a grinding wheel can be varied to alter the angle of grind, and

Figure 11 illustrates a camshaft with parallel journals and lobes with tapers in opposite directions, ground by means of the method illustrated in Figures 8 to 10.

Detailed Description of the Drawings

2. A method according to claim 1, wherein the distortion is such as to give a dished shape to the grinding wheel (9, 15), in comparison with a generally planar shape for the undistorted wheel.

3. A method according to claim 1 or 2, wherein the prediction of distortion is based on the inherent characteristics of the grinding wheel (9, 15).

4. A method according to claim 3, wherein the inherent characteristics include the physical dimensions, physical shape and material of the grinding wheel (9, 15).

6. A method according to claim 4, wherein the wheel comprises a circular cutting disc and a central hub (4, 5) and the inherent characteristics of physical dimensions include asymmetry in the hub of the wheel.

7. A method according to any of the preceding claims, wherein the wheel (9, 15) is a cubic boron nitride (CBN) wheel or an aluminium oxide wheel.

8. A method according to any of the preceding claims wherein the desired shape is a barrel shape (7, 14) or a frusto-conical taper. 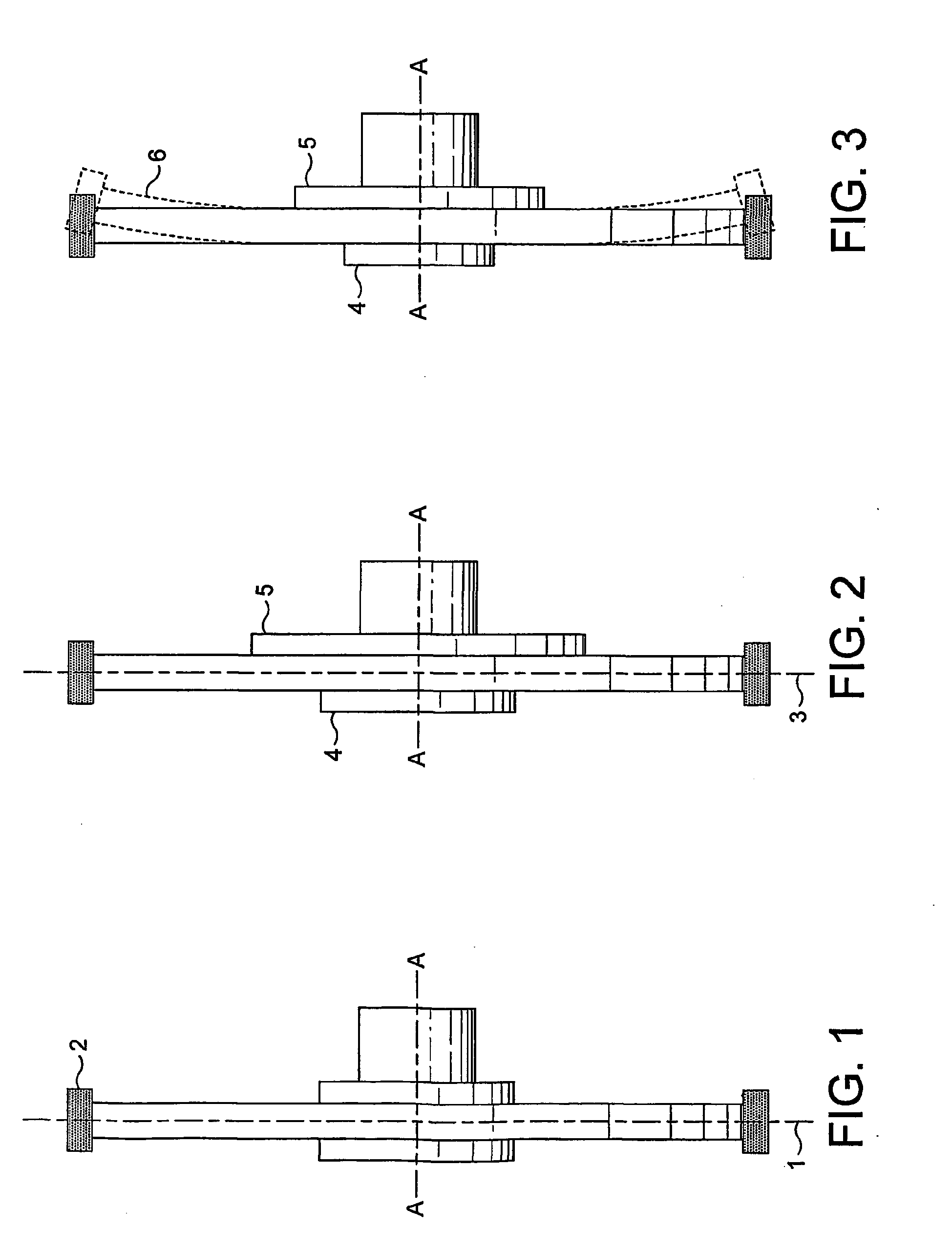 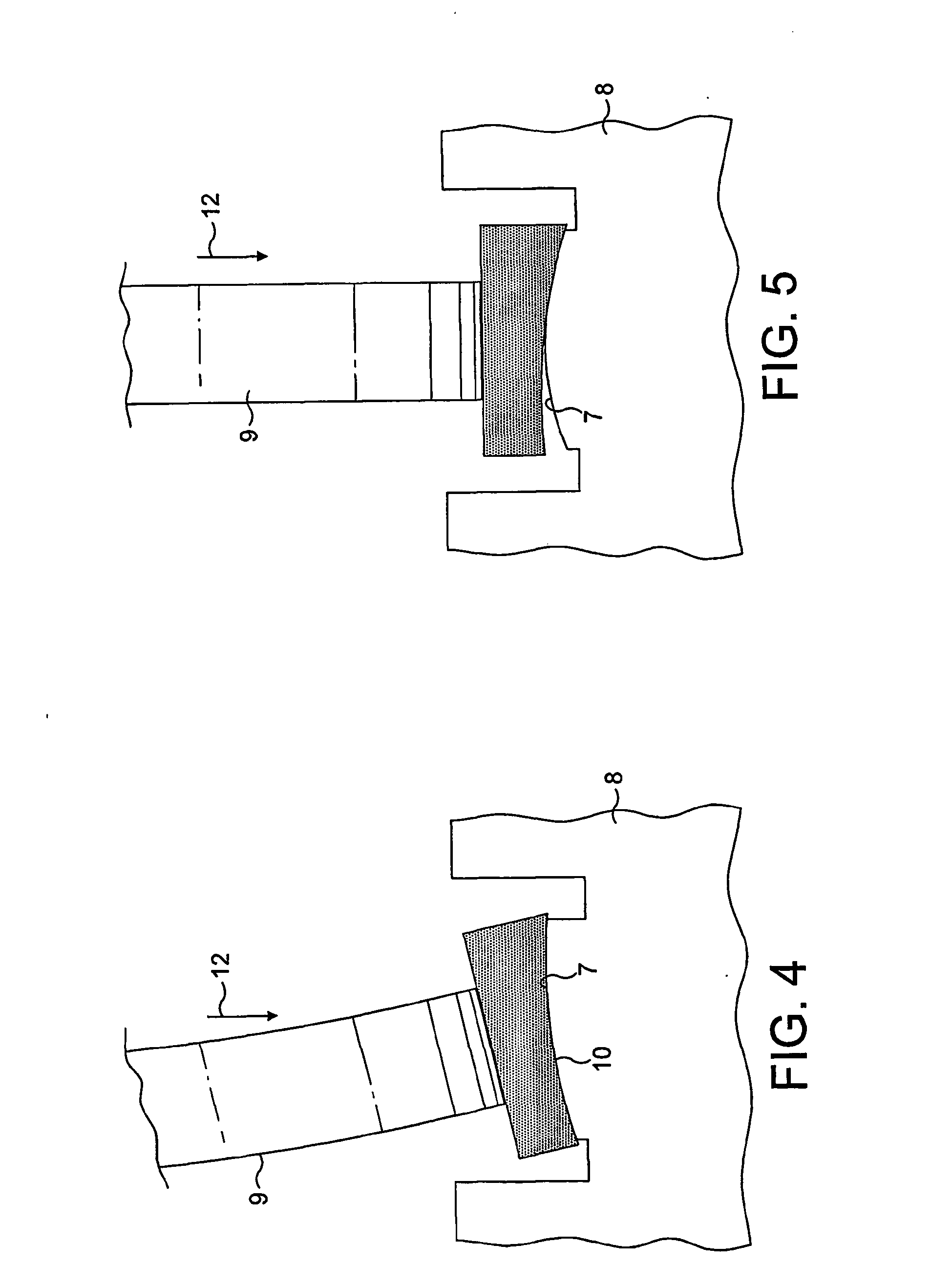 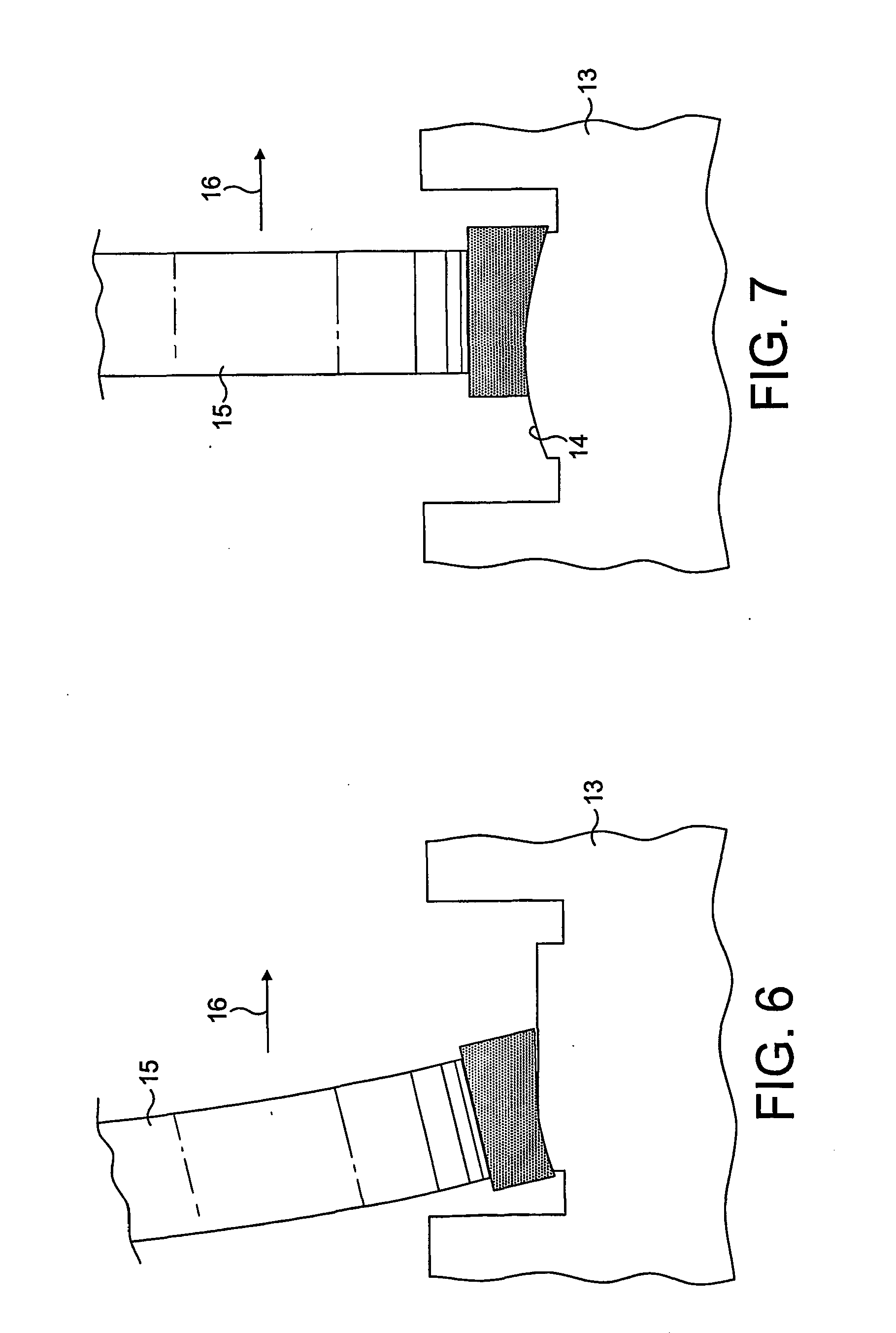 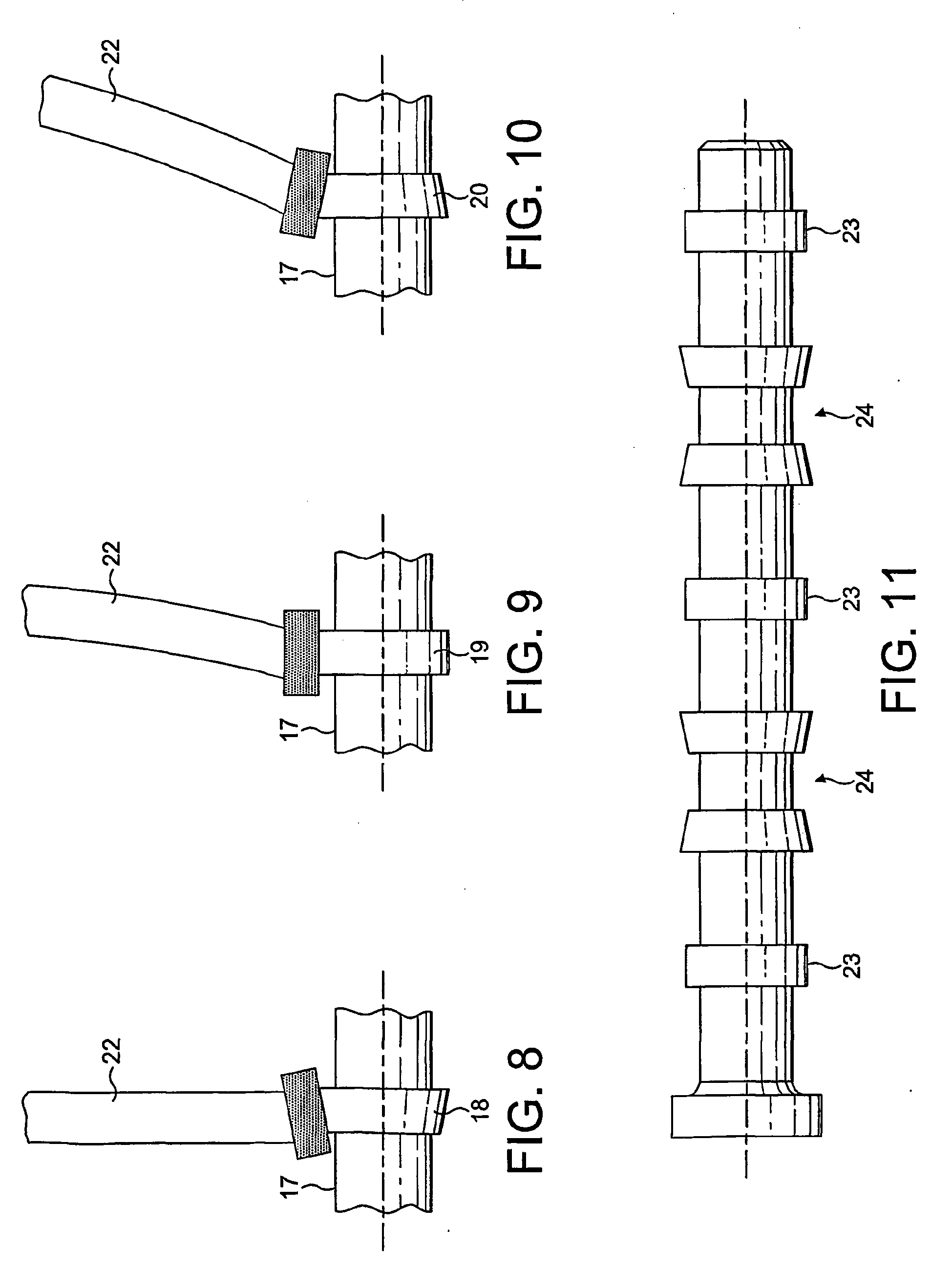