[0019] Preferably, the first identifier is a client ID and the second identifier is a PIN.
[0020] Preferably, the method further comprises the step of generating the client ID and the PIN.
[0021] Preferably, at least one of the client ID and the PIN are generated by the entity and comprised in the registration request.
[0022] Preferably, the data associated with identity of the entity comprises credit card information associated with the entity, and wherein the step of authenticating the identity of the entity comprises validating said credit card information.
[0023] Preferably, the first communication channel is an SSL connection.
[0024] Preferably, the second communication channel is one of telephone and fax.
[0025] Preferably, the registration file comprises a public key associated with the entity, and wherein the method further comprises the step of storing the public key for future verifications in which the public key is used to verify a digital signature received from the entity.
[0026] In another aspect, the invention provides a computer-readable medium comprising instructions for performing the steps of the method of said further aspect, wherein said instructions are executable on a computing device.
[0027] In another aspect, the invention provides a system for registering entities for code signing services, comprising a client information database for storing a plurality of account records, and a code signing authority application which, when executed on a computing device, performs the steps of the method of said further aspect.
EP1318488 discloses an IC card capable of downloading a card manager even after issuance of the IC card. A first card manager stored in the ROM of an IC card is made to be capable of downloading a privileged application such as a general application, which is an application having a privilege, and a privileged API in the ROM is made accessible from the downloaded privileged application. When the privileged application accesses the privileged API, the privileged application can operate as the card manager, so that the IC card can download a card manager even after issuance of the IC card.
W02006/000531 discloses a method of managing a multi-application electronic device, such as a multi-application smart card, comprising an operating system (OS) which is designed to support a plurality of applications. Each of the applications belongs to an application provider having a unique security domain which is initially installed on the card. The inventive method is characterised in that, upon receipt of a command for an application (API1) to be loaded onto the device, the operating system verifies that the application is associated with a security domain corresponding to the security domain (SD(P1)) of the application provider and, in the event of successful verification, authorises the loading and installation thereof on the card, connecting same automatically to said security domain (SD(P1)).
US6367012 incorporates a certification or signature in a computer program, an executable file, or code to assure its authenticity and integrity, particularly for receiving it over an open computer network like the Internet. The executable file may be of any executable form, including an executable or portable executable .exe file format, a .cab cabinet file format, an .ocx object control format, or a Java class file. The certification includes a keyed source confirmation with a secure representation of the executable file. In an embodiment, the certification is referenced in a header of the executable file, the reference including a pointer to the keyed source confirmation and an indication of the size of the keyed source confirmation.
US6453416 discloses a digital signature of a document is formed in a digital signing device by using a private key stored in the digital signing device. A number of data items are supplied to the signing device. The signing device uses the data items to derive and authenticate a document hash. The digital signature is only formed if the derived document hash is authenticated.

[0028] For a better understanding of the embodiments of the systems and methods described herein, and to show more clearly how they may be carried into effect, reference will now be made, by way of example, to the accompanying drawings in which:

FIG. 1 is a block diagram of a mobile device in one example implementation;

FIG. 2 is a block diagram of a communication subsystem component of the mobile device of FIG. 1;

FIG. 3 is a block diagram of a node of a wireless network;

FIG. 4 is a diagram illustrating an example code signing protocol in which a code signing authority provides code signing services to a software application developer;

FIG. 5 is a diagram illustrating components of an example code signing system on a mobile device;

FIG. 6 is a flowchart illustrating steps in an example method of processing signed software applications performed on the mobile device depicted in FIG. 5;

FIG. 7A is a flowchart illustrating steps in a method of providing code signing services in one embodiment;

FIG. 7B is a schematic diagram illustrating a system for providing code signing services in an example network configuration;

FIG. 8A is a flowchart illustrating steps in a method of creating a key pair for code signing in one embodiment;

FIGS. 8B and 8C are example dialog boxes in a user interface provided by a code signing authority application;

FIG. 9 is a flowchart illustrating steps in a method of registering an entity for code signing services in one embodiment; and

FIG. 10 is an example form illustrating details of an account record.

2. The method of claim 1, wherein the requestor is a software application developer.

4. The method of any one of claims 1 to 3, further comprising the step of providing a user interface, wherein said user interface is adapted to receive input used to populate (470) an account record of the requestor.

7. The method of any one of claims 4 to 6, wherein the input comprises an expiry date, and wherein the software application or hash thereof is digitally signed at the signing step only if the expiry date has not passed.

9. A computer-readable medium (106, 108) comprising instructions for performing the steps of the method as claimed in any of the preceding claims, wherein said instructions are executable on a computing device (100).

10. A system (320) for providing code signing services, comprising a private key store (466) for storing a plurality of private keys, a client information database (464) for storing a plurality of account records, and a code signing authority application (452) which, when executed on a computing device (100), performs the steps of the method as claimed in any one of claims 1 to 9.

11. The system (320) of claim 10, further comprising a user interface (468) for receiving input to facilitate management of an account record of the requestor. 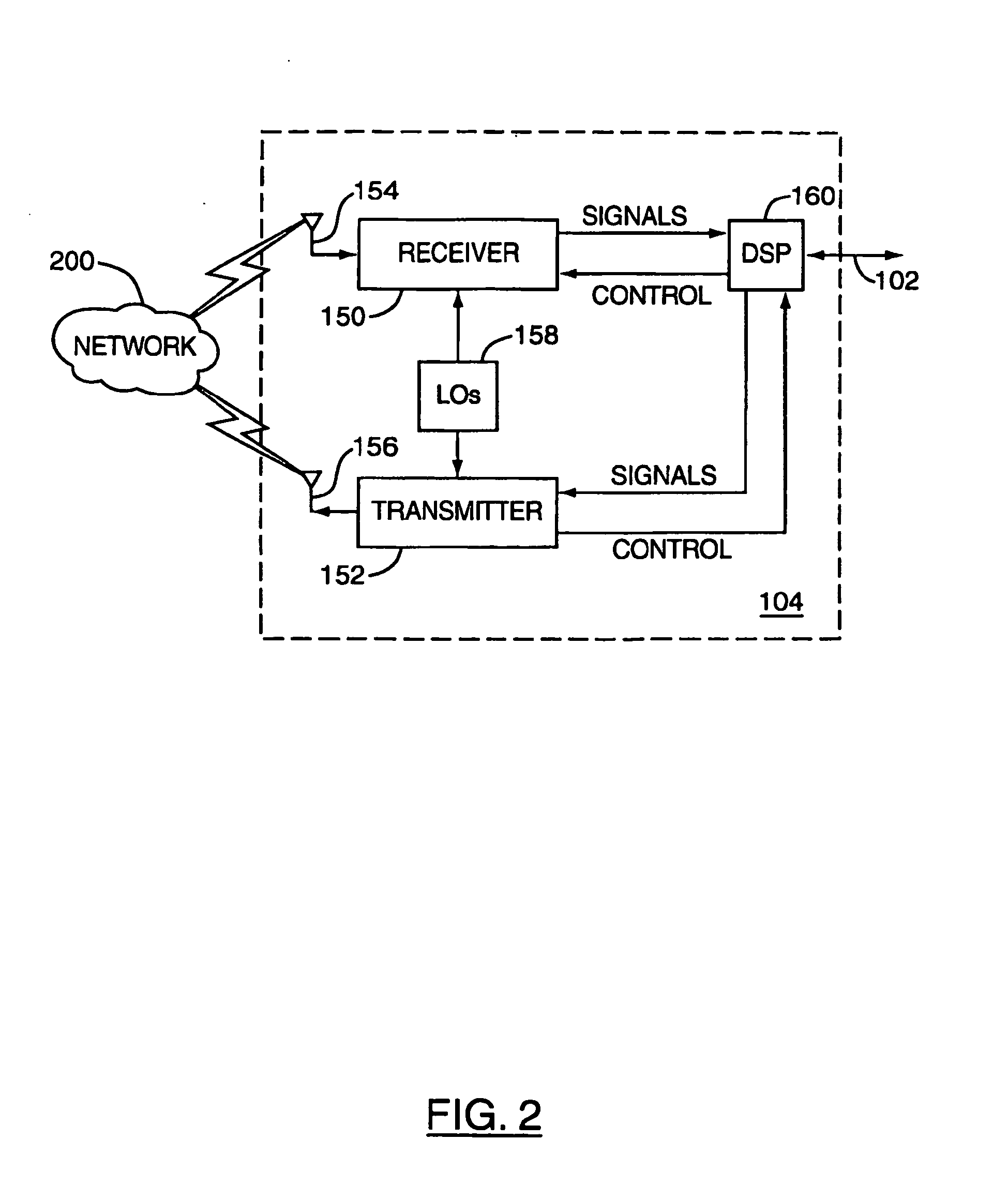 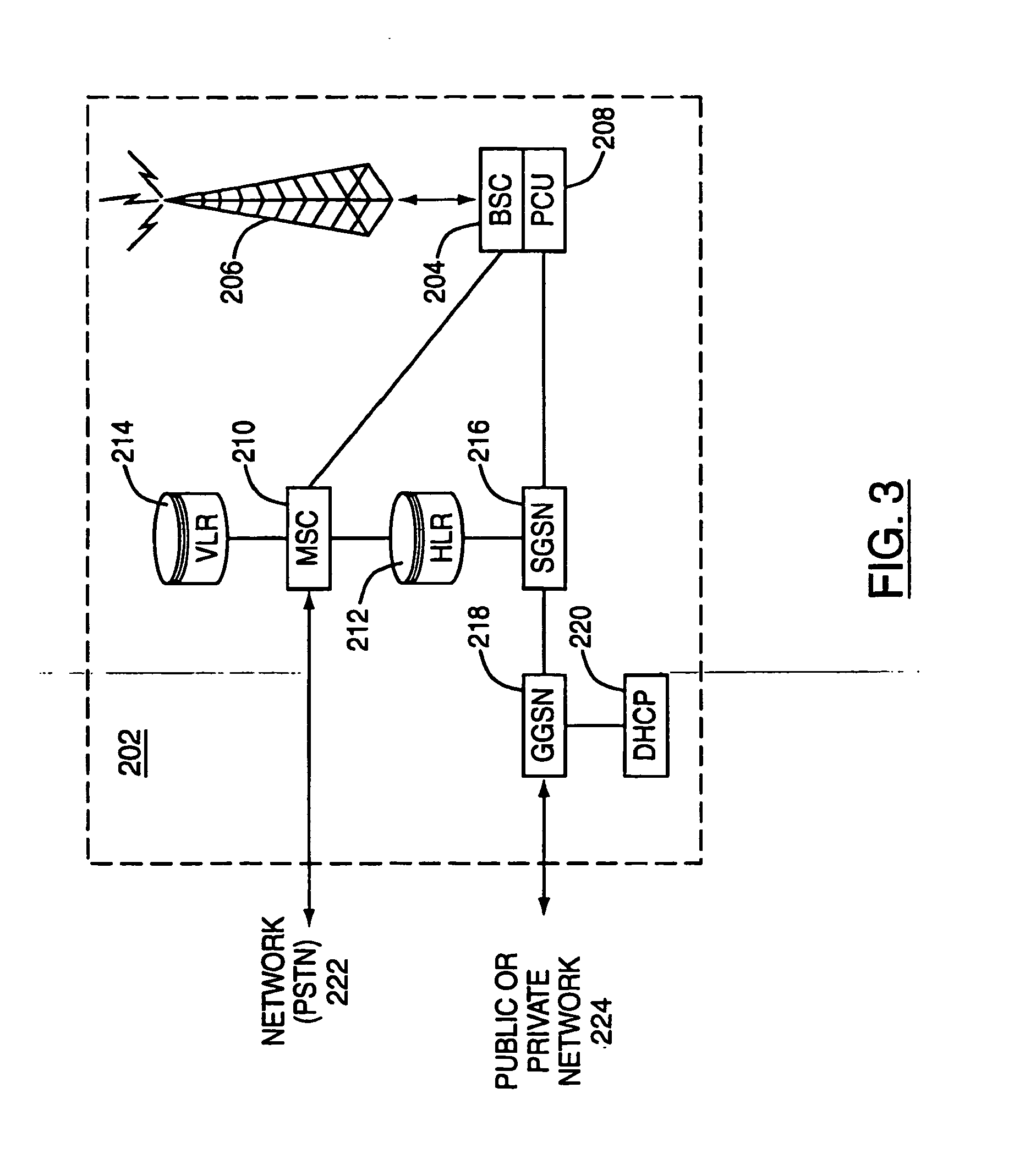 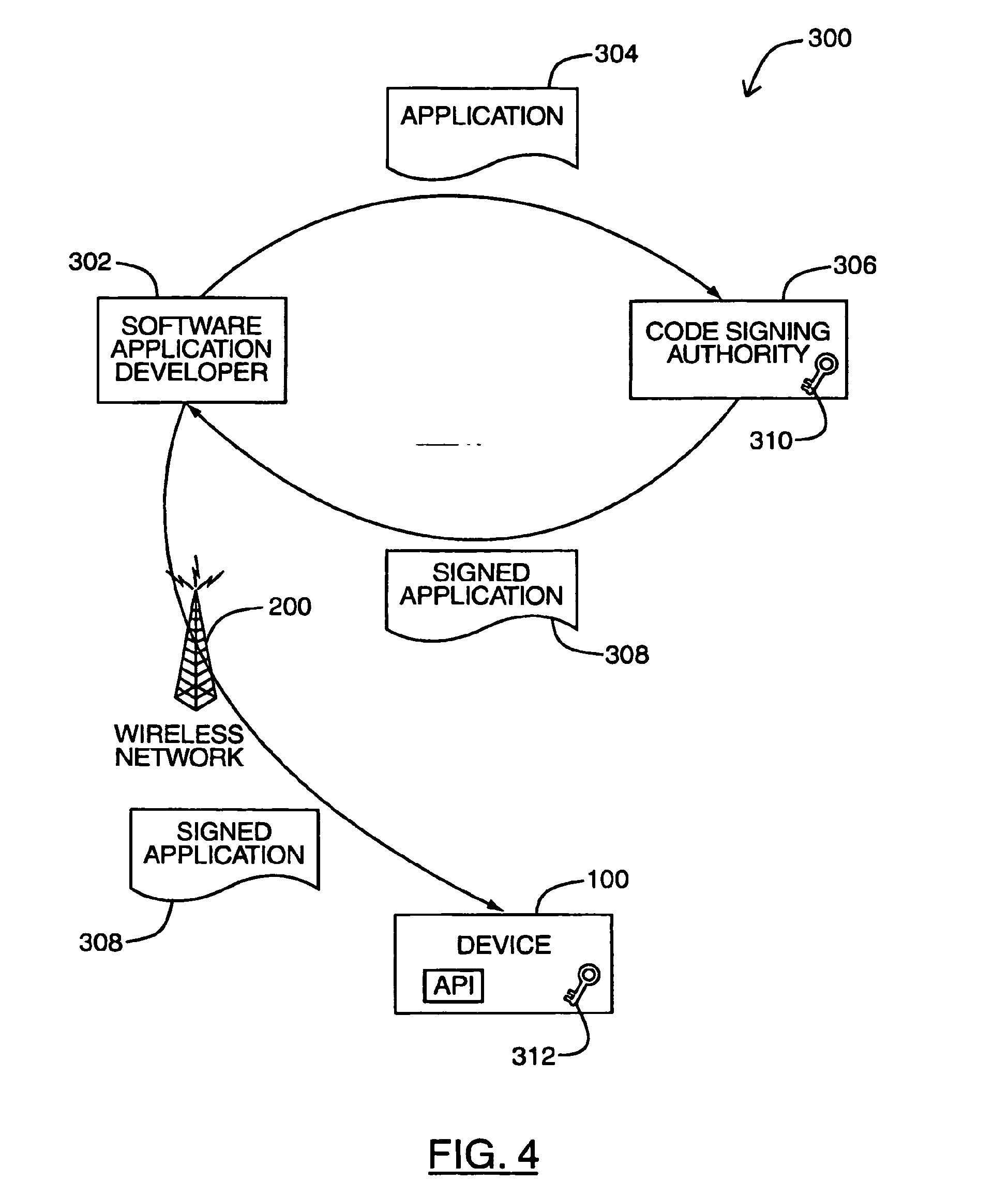 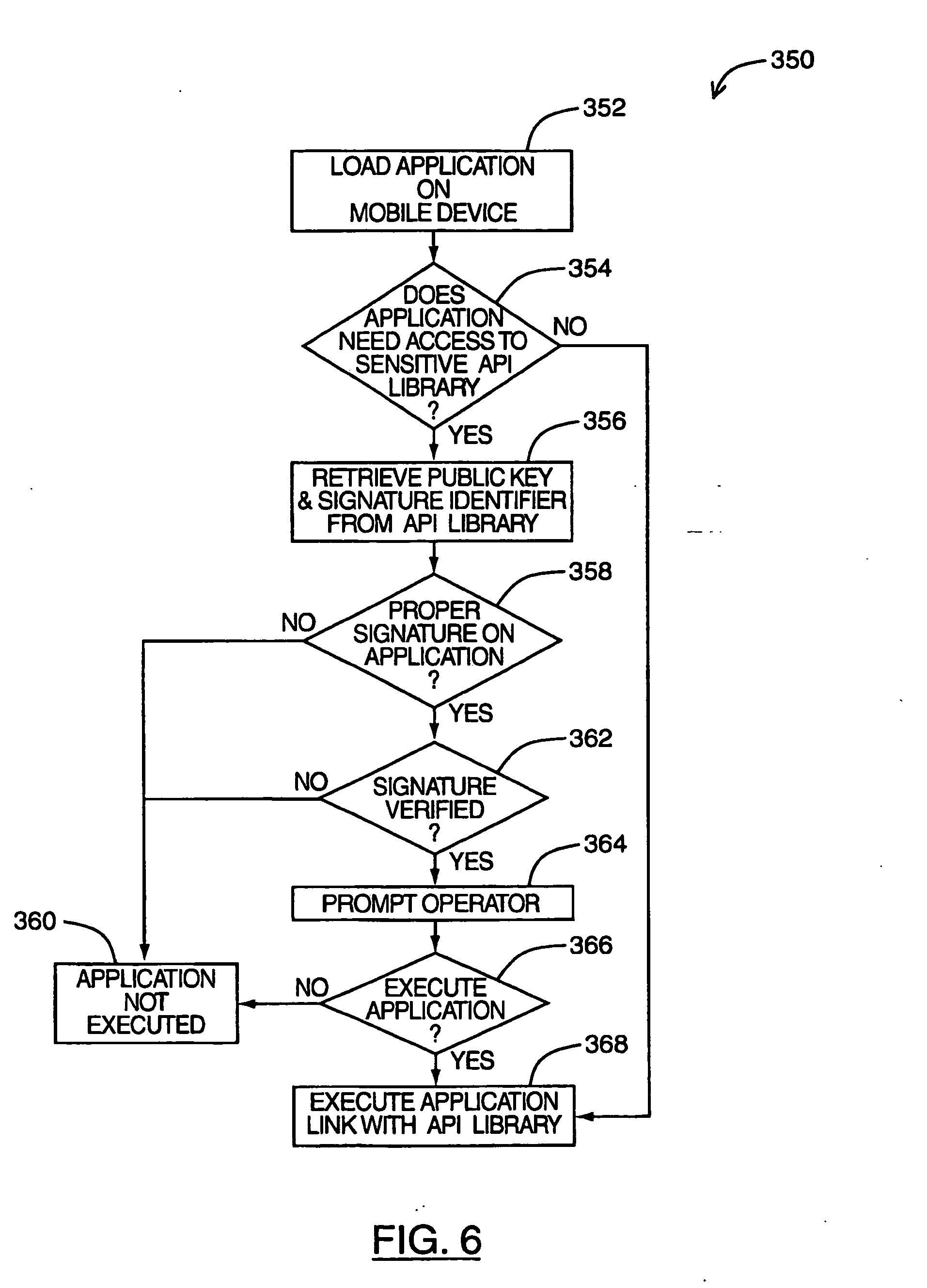 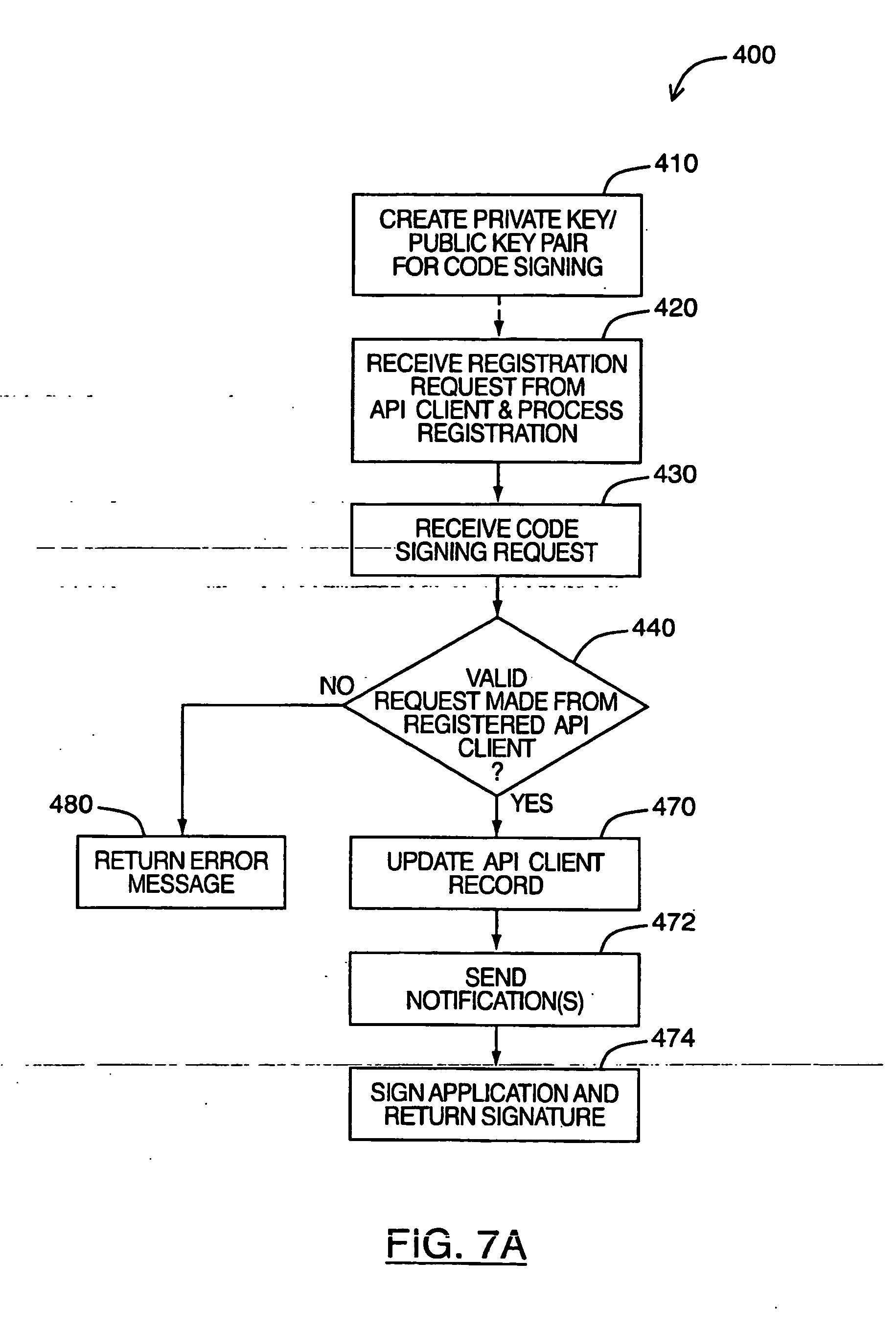 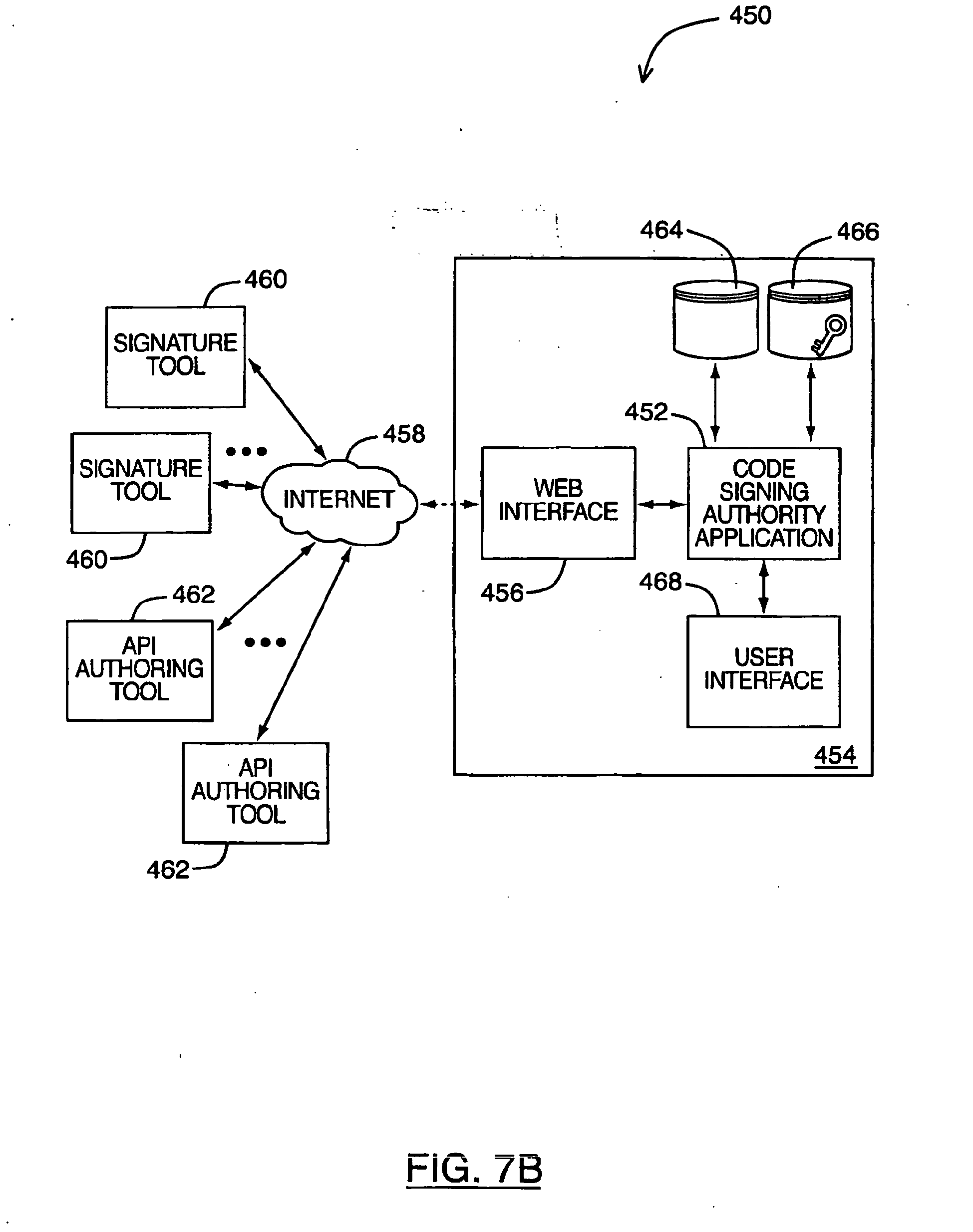 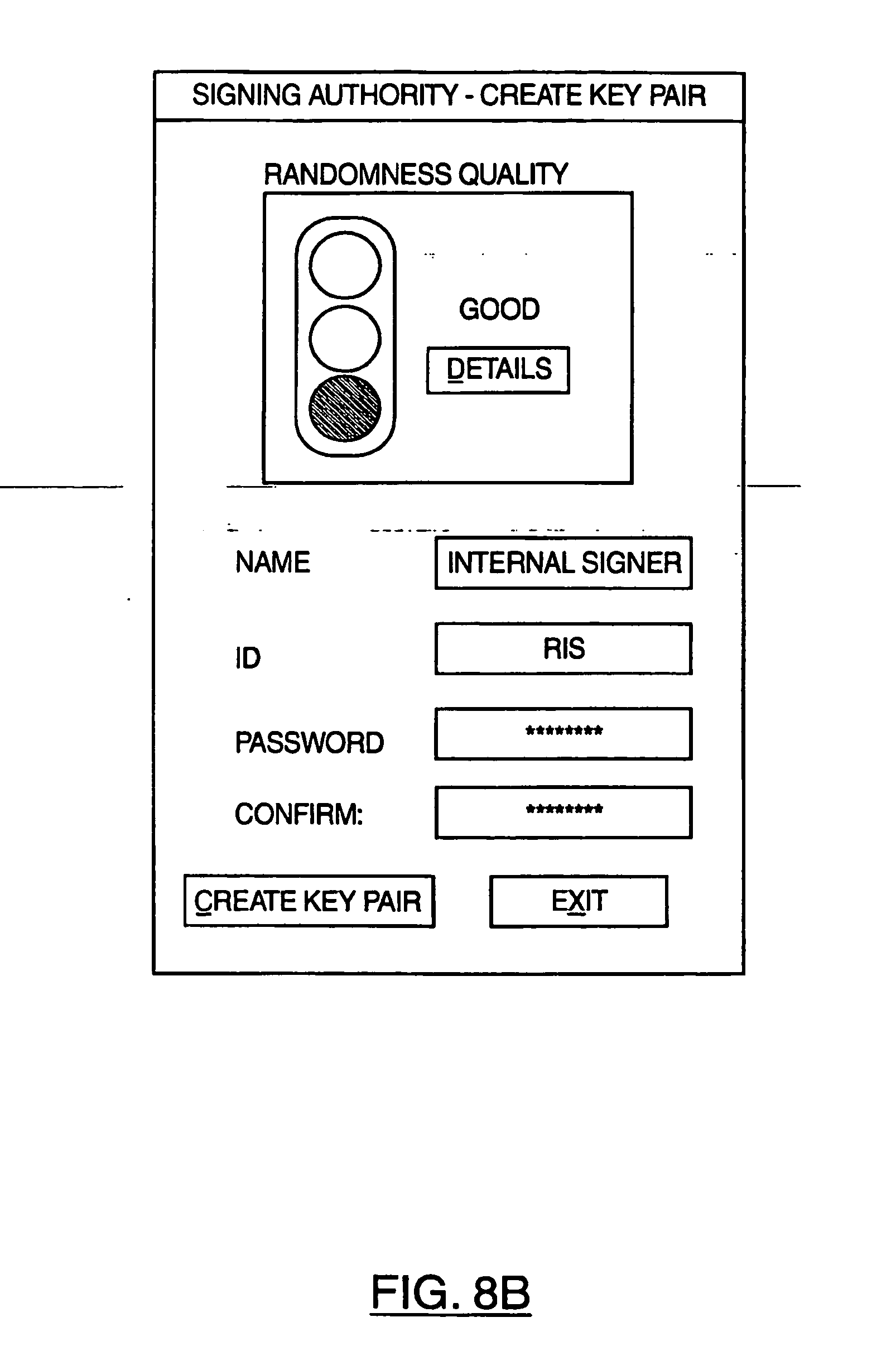 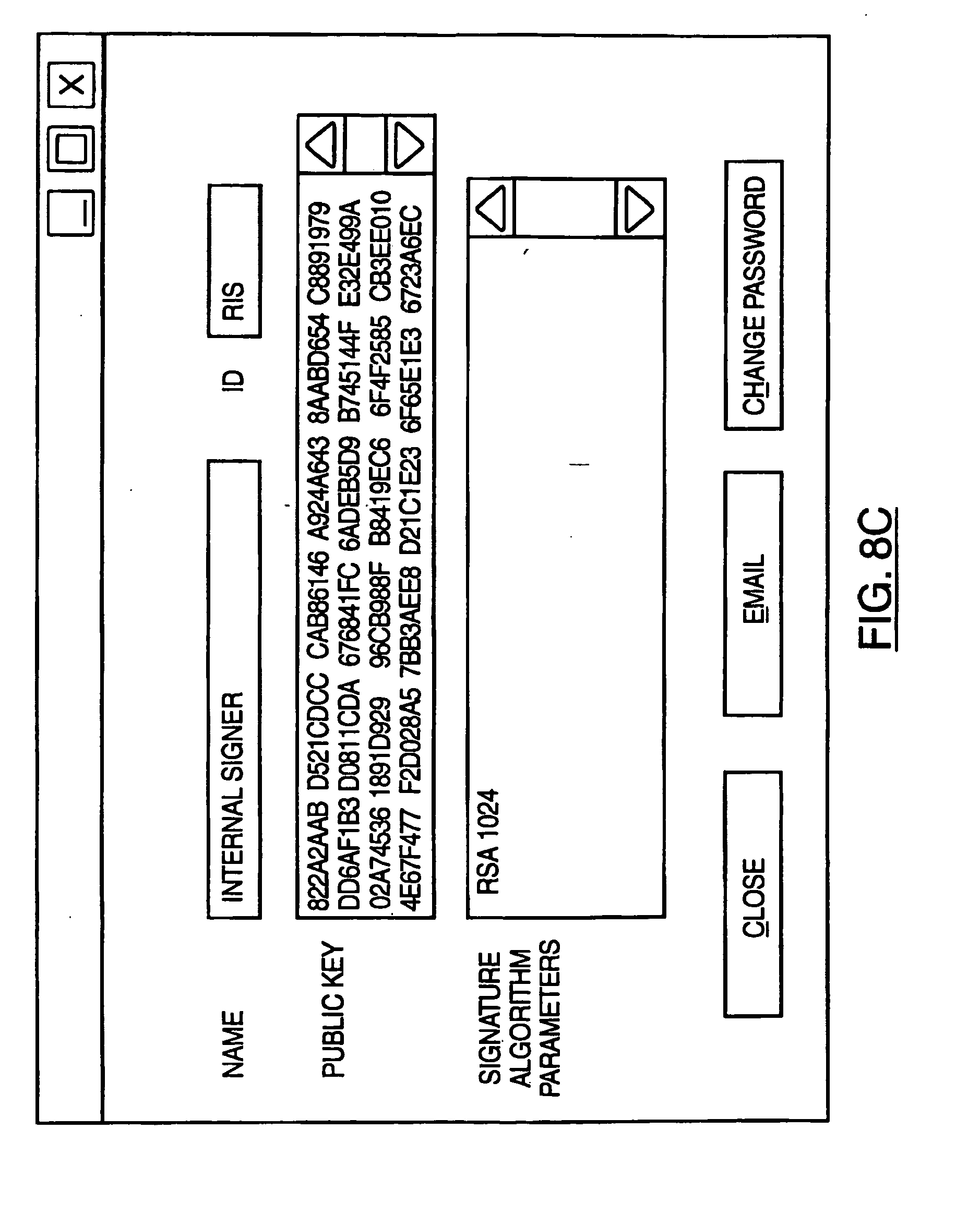 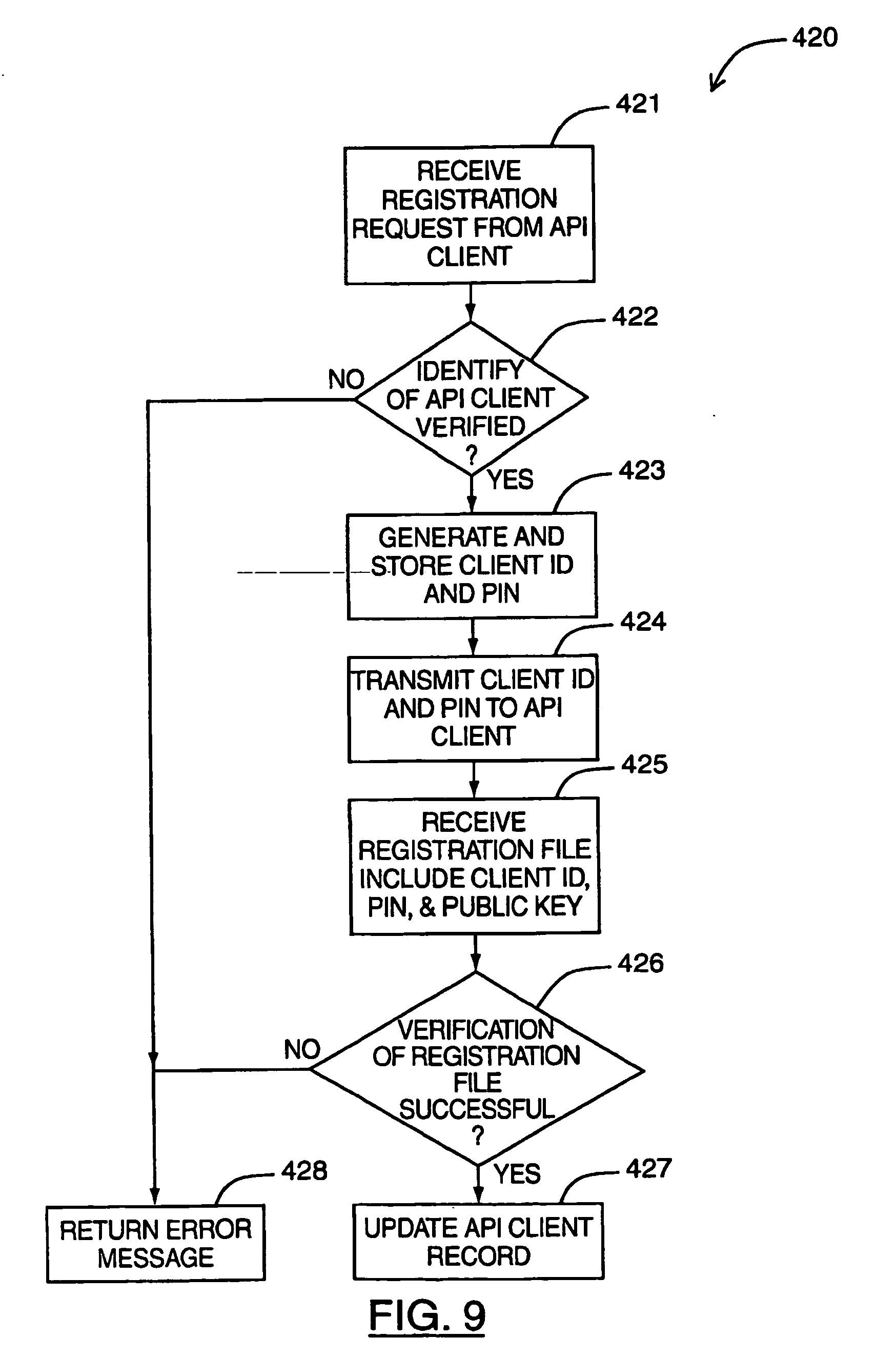 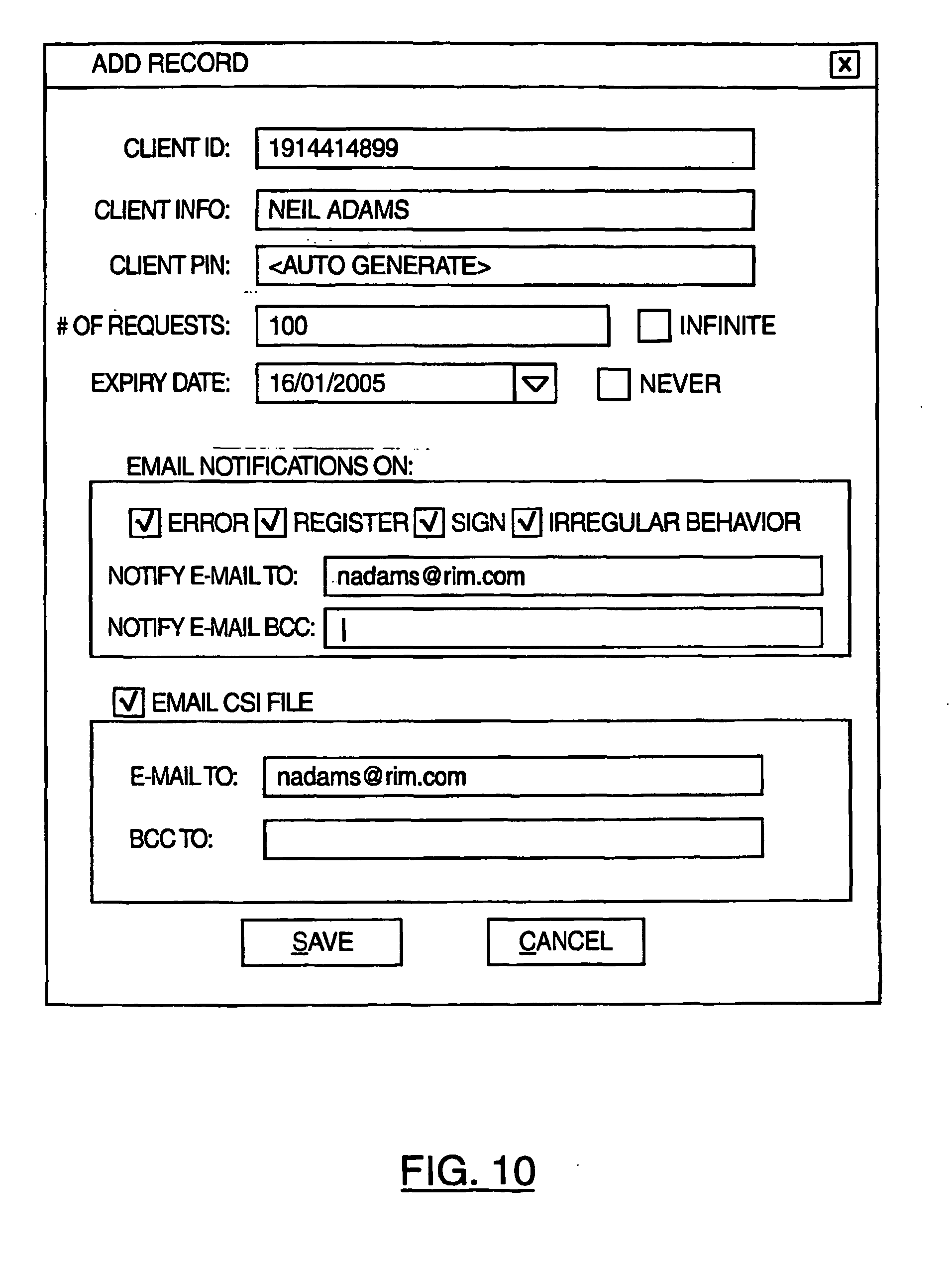