[0002] Expandable prosthetic valves typically include an expandable and collapsible anchoring structure or armature, which is able to support and fix the valve prosthesis in the implantation position, and prosthetic valve elements, generally in the form of leaflets or flaps, which are stably connected to the anchoring structure and are able to regulate blood flow.
[0003] These expandable prosthetic valves enable implantation using various minimally invasive or sutureless techniques. Exemplary applications for such an expandable valve prosthesis include aortic and pulmonary valve replacement. Various techniques are generally known for implanting an aortic valve prosthesis and include percutaneous implantation (e.g., transvascular delivery), dissection of the ascending aorta using minimally invasive thoracic access (e.g., mini-thoracotomy or ministemotomy), and transapical delivery wherein the aortic valve annulus is accessed through an opening near the apex of the left ventricle. The percutaneous and thoracic access approaches involve delivering the prosthesis in a direction opposing blood flow (i.e., retrograde), whereas the transapical approach involves delivering the prosthesis in the same direction as blood flow (i.e., antegrade).

[0004] The present invention, according to an embodiment, is a device for delivering a cardiac valve prosthesis to an implantation site, which includes a distal valve holder portion and a shaft coupled to the valve holder portion.
[0005] The shaft is selectively bendable to a curved shape to selectively vary the spatial orientation of the valve holder portion with respect to the implantation site.
[0006] While multiple embodiments are disclosed, still other embodiments of the present invention will become apparent to those skilled in the art from the following detailed description, which shows and describes illustrative embodiments of the invention. Accordingly, the drawings and detailed description are to be regarded as illustrative in nature and not restrictive.

3. The device of claim 2, wherein the shaft (6) has an axial cavity for insertion of the curved shaping member (5).

4. The device of either claim 2 or 3, wherein the curved shaping member (5) is in the form of a curved rod.

8. The device of either of claim 6 or 7, including a rotary actuation member (14) adapted to apply a longitudinal force to the shaft (6).

14. The device of any of the previous claims, wherein the distal valve holder portion (10) has a diameter of between about 10mm and about 27mm.

15. The device of any of the previous claims, wherein the distal valve holder portion (10) has a marginal outer edge provided with at least one notch (802) providing reference in angular positioning of the cardiac valve prosthesis (V). 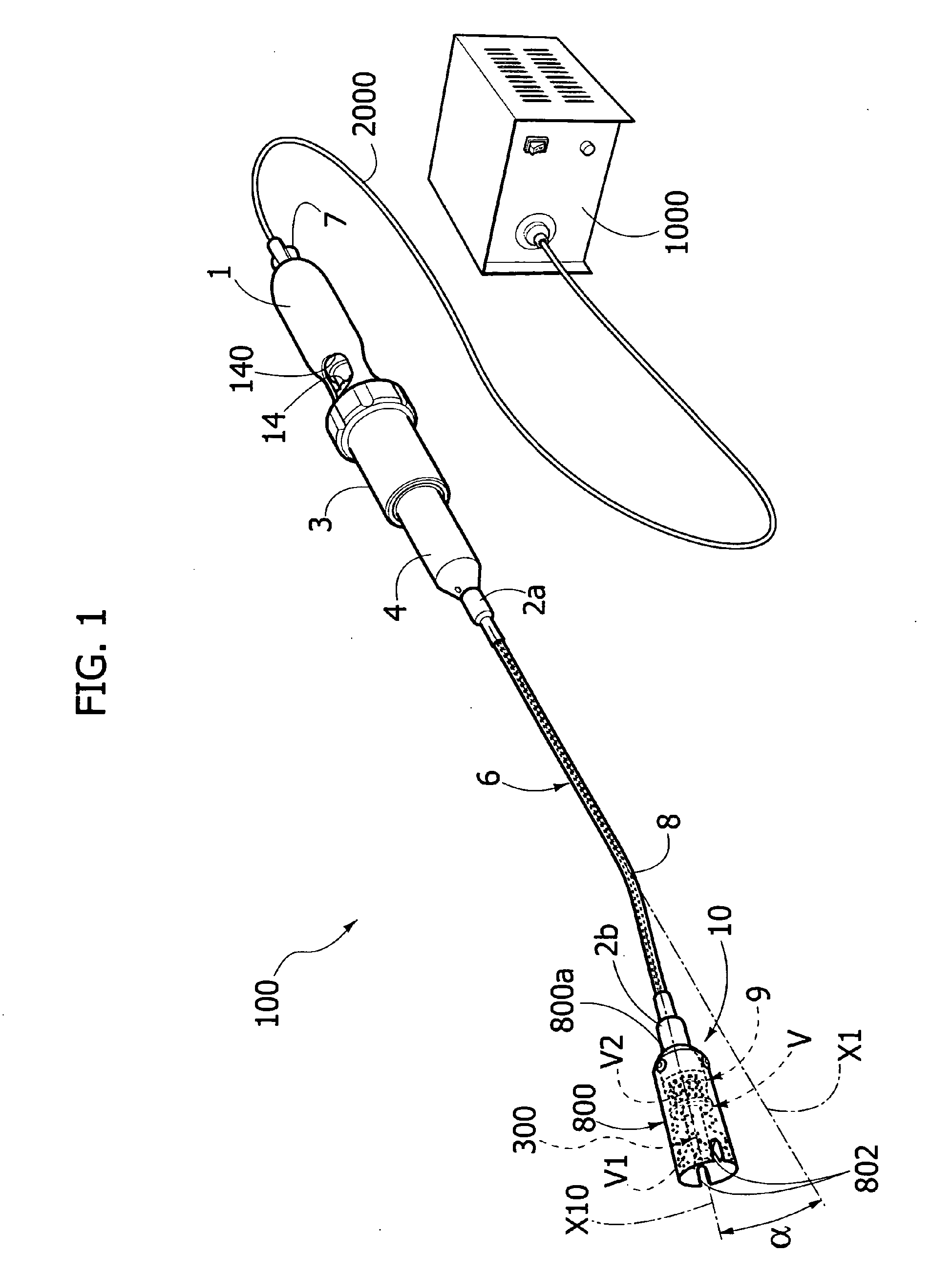 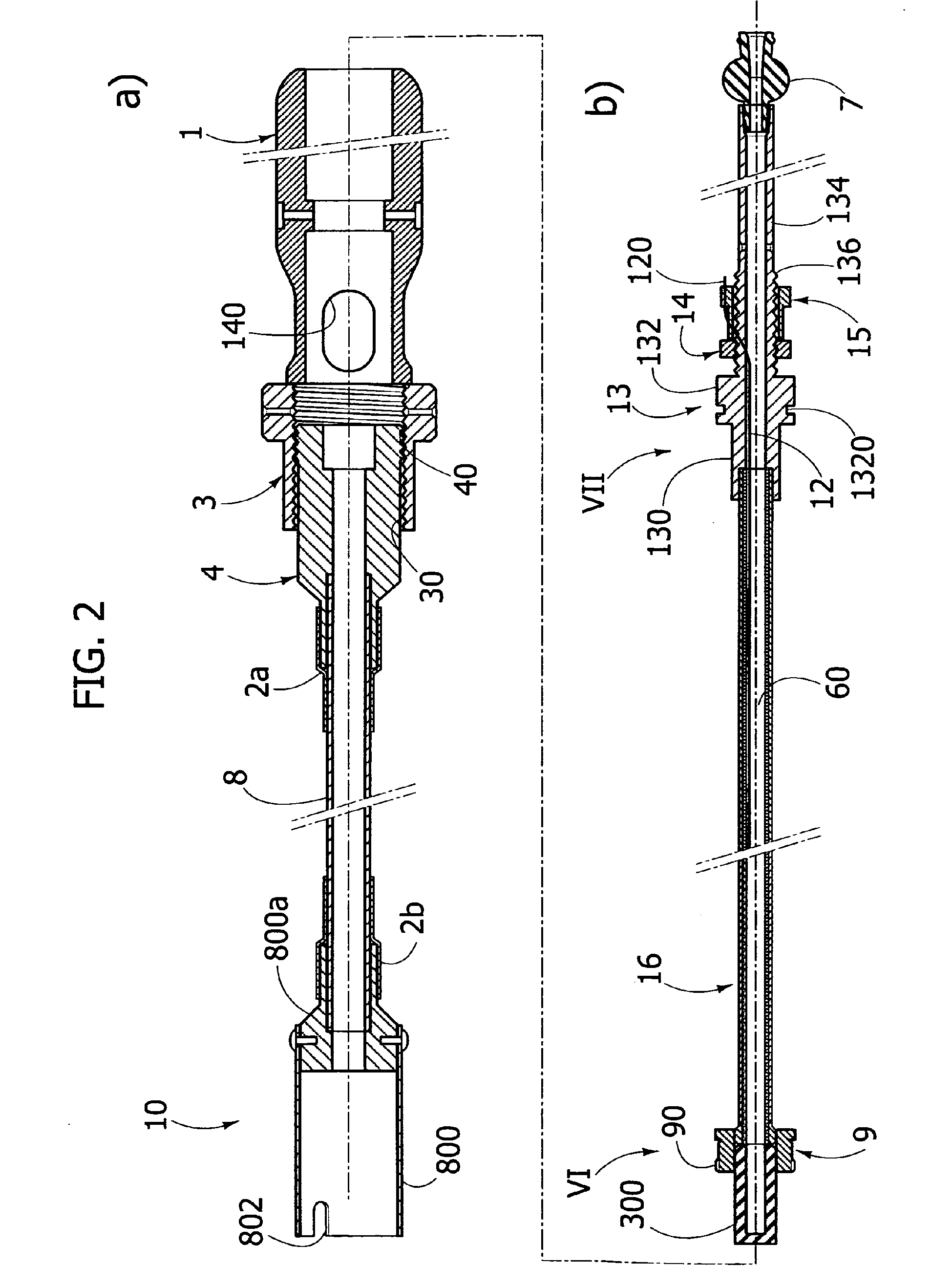 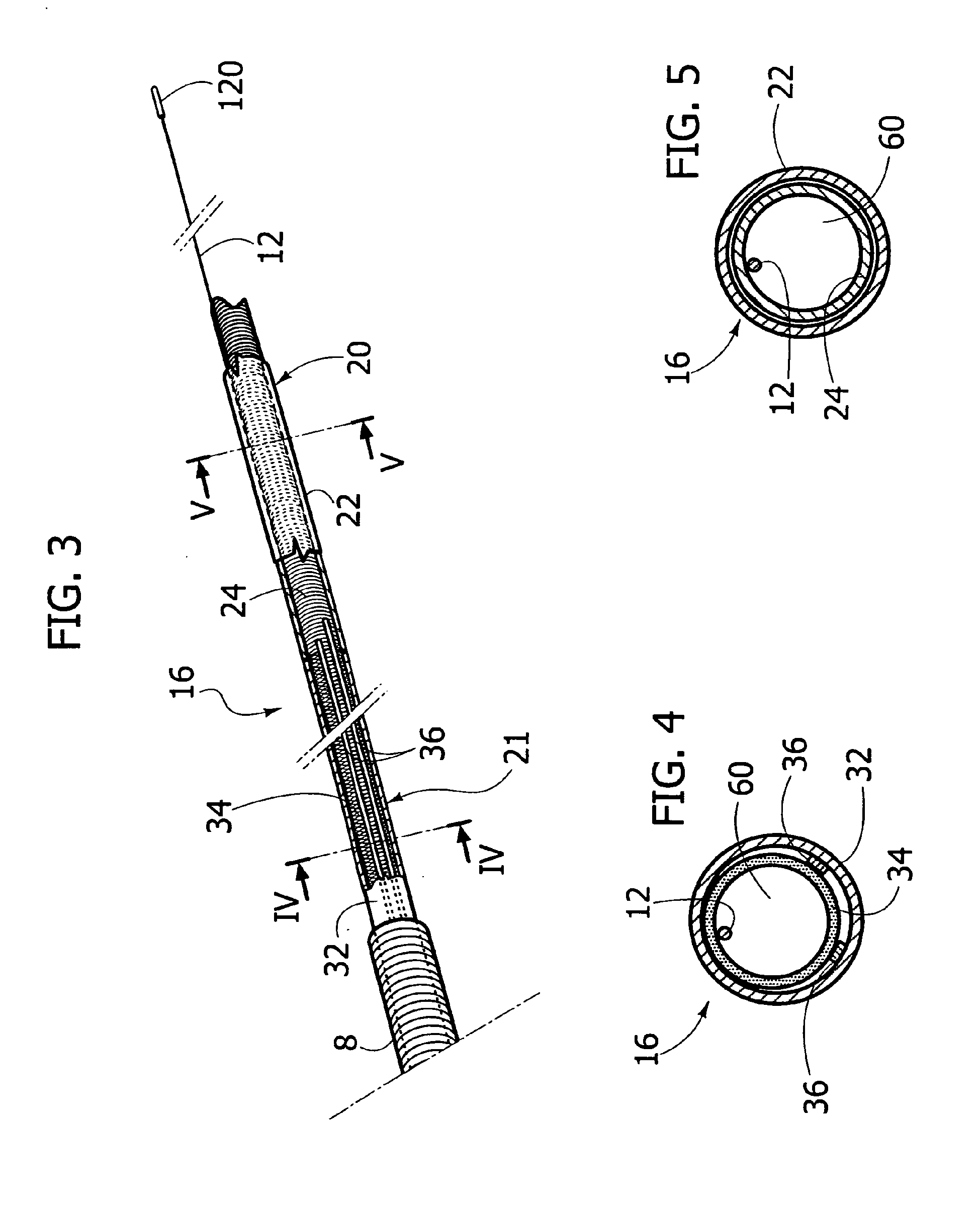 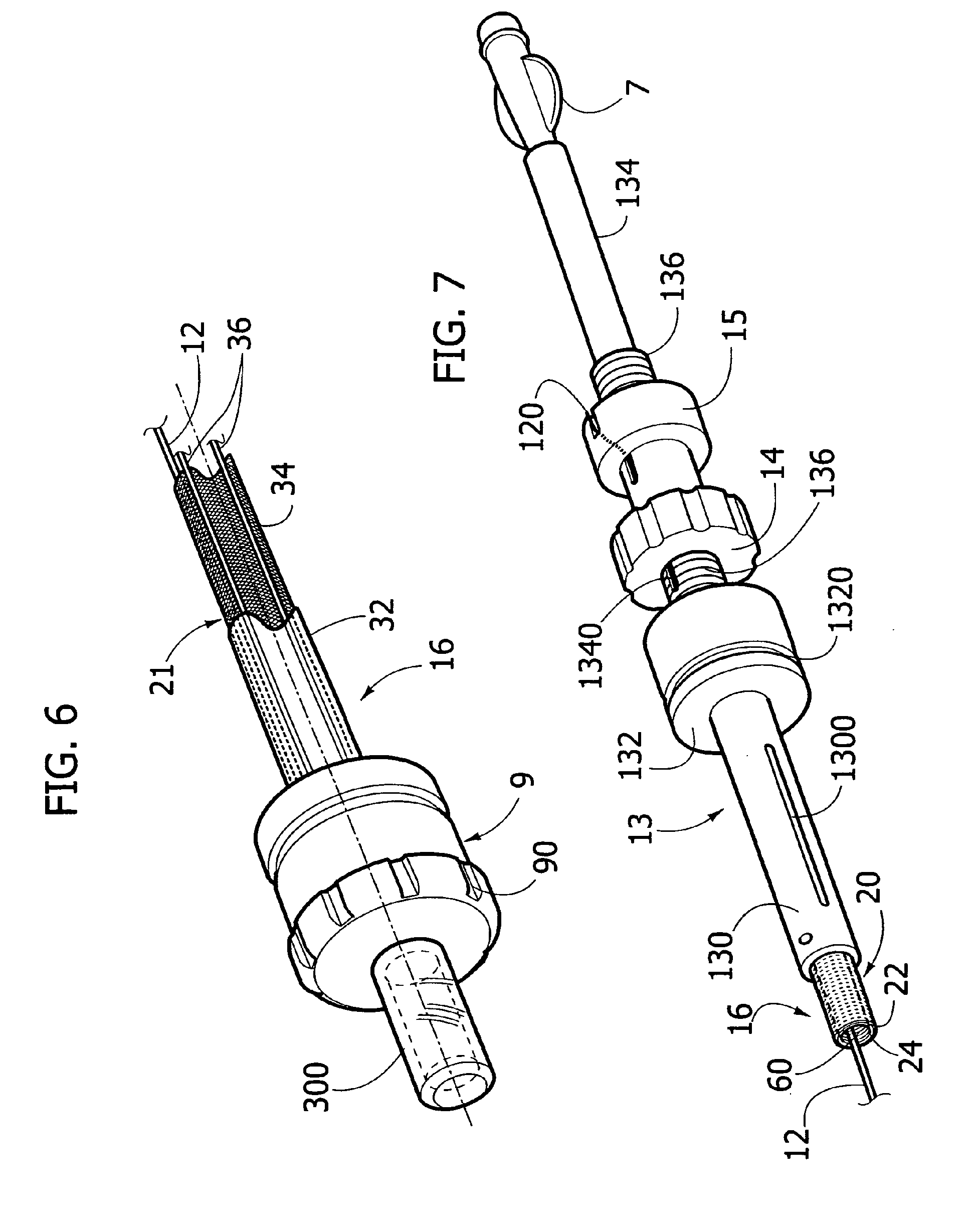 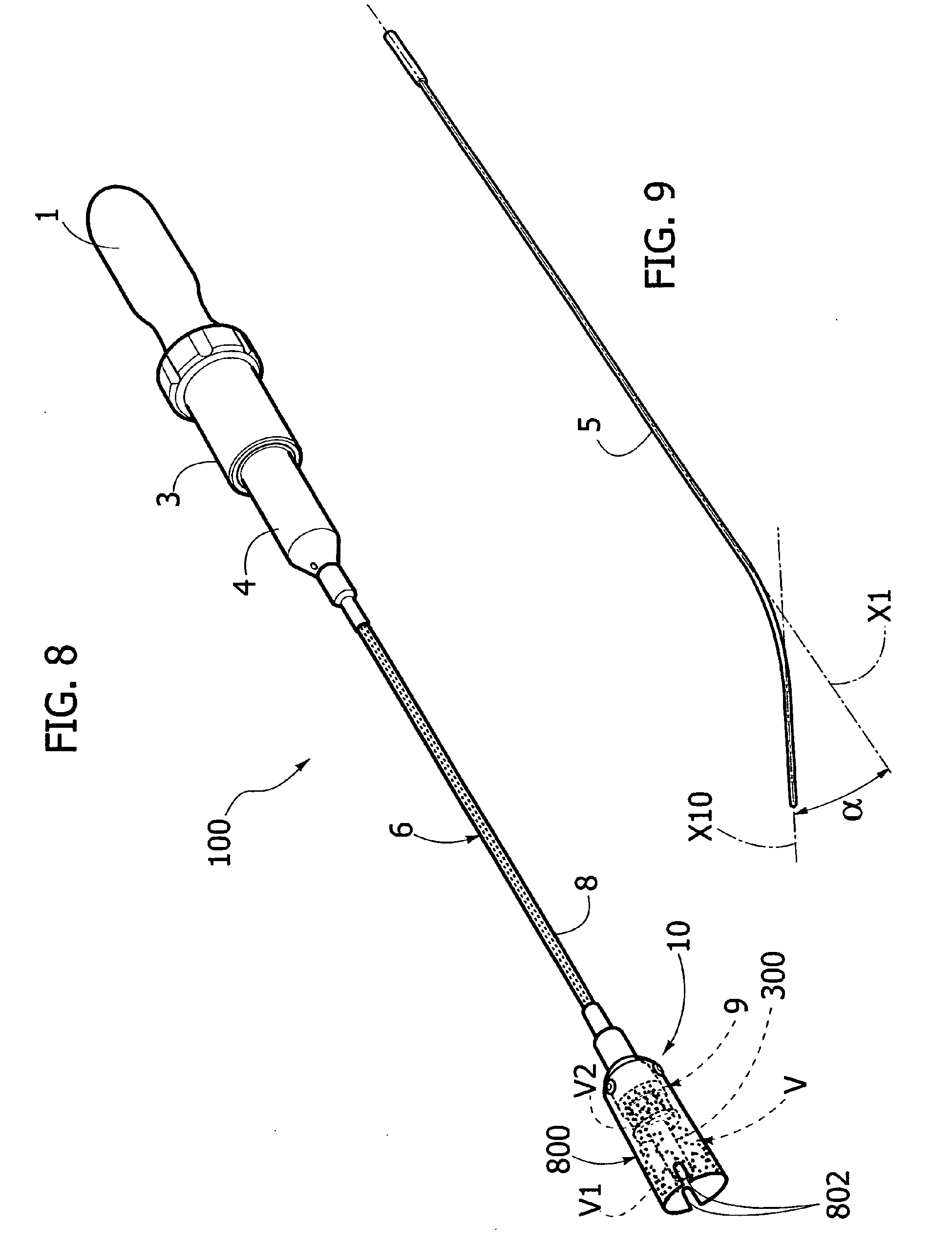