[0002] Radio frequency identification (RFID) tags are widely employed for automatic identification of objects, such as animals, garments etc. and detection of unauthorized opening of containers. There are several examples of RFID tags being used to identify objects.
[0003] First, there is a U.S. Patent No. 7,195,149 for a method of attaching an RFID tag to a hose and tracking system. This hose tracking system includes a hose assembly with an attached RFID tag embedded therein during manufacture, molded thereon permanently attached. The RFID tag is coded with an identification specific to the particular hose assembly. An RFID tag reader is provided, which is usable by a user to obtain the identification from the RFID tag on the hose, preferably after it is installed at the user facility. The RFID tag reader includes a user input for at least one trackable event and is at least connectable to a computer network or compatible for uploading the identification and any user input to a network accessible device. A network accessible hose database is provided, having hose-related information. The network accessible hose database provides access to a user to obtain the hose-related information based on the identification from the RFID tag that receives and stores data related to the at least one trackable event. There is also another U.S. Patent No. 7,328,837 similar to U.S. Patent No. 7,195,149, where U.S. Patent No. 7,328,837 is for a method of attaching an RFID tag to a hose and tracking system.
[0004] Next, there is U.S. Patent No. 5,892,458 that is an apparatus for the recognition of exchangeable parts in analytical measuring instruments. The apparatus for the recognition of exchangeable parts in an analytical measuring instrument or in an analytical measurement system with several analytical devices contain exchangeable parts that have identification modules that are each attached to an exchangeable part. In addition, the apparatus has transmitter receiver devices that can receive information signals from an identification module and send information signals to the identification module. The control device can cause a message to be displayed on a display device if the information read out from an identification module does not fulfill certain conditions, for example with regard to the quality.
[0005] Next, there is another U.S. Patent No. 7,135,977 for a method and system for tracking identification devices, which includes storing data about the identification device in a register, the data to be stored including data relating to a forwarding location that requests information about the identification device should be forwarded. The identification device is attached to an item to be monitored. The method includes accessing the register when the identification device has been read and a request for information has been received. Details of the forwarding location are obtained from the register. The request is forwarded to the forwarding location and the requested information about the identification device is sent from the forwarding location to a requester of the information. US2008/042837 discloses an RFID tag with ferromagnetic memory used for components of a pharmaceutical system.
[0006] While the aforementioned RFID inventions have been able to identify devices associated with the RFID tags, these inventions are not able to authenticate and prevent illegal manufacturing and unauthorized operation of gamma sterilizable disposable bioprocess components. Therefore, there is a need for an apparatus and system that is able to authenticate and prevent illegal manufacturing of disposable bioprocess components, especially those that are sterilized by gamma irradiation or other suitable means of lowering bio-burden of the disposable or limited reuse device.

Brief Summary of the Invention

[0007] The present invention has been accomplished in view of the above-mentioned technical background, and it is an object of the present invention to provide a system and method for authenticating disposable bioprocess components attached to RFID tags.
[0008] The invention relates to a method of preventing an unauthorized use of a disposable component according to claim 1. Preferred embodiments are disclosed in the dependent claims.

[0009] These and other advantages of the present invention will become more apparent as the following description is read in conjunction with the accompanying drawings, wherein:

FIG. 1 illustrates a block diagram of a system in accordance with an embodiment of the invention;

FIG. 2 shows a radio frequency identification (RFID) tag of FIG. 1 in accordance with an embodiment of the invention;

FIG. 3 illustrates a schematic of a memory chip of the RFID tag of FIG.1 in accordance with an embodiment of the invention;

FIGs. 4A and 4B depict a block diagram of redundant information stored in the RFID chip of FIG. 2 in accordance with an embodiment of the invention;

FIG. 5 depicts a flow-chart of the operation of a disposable component with the (RFID) tag of FIG. 1 in accordance with an embodiment of the invention;

FIG. 6 illustrates the memory chip of FIG. 3 divided into sectors in accordance with an embodiment of the invention;

FIG. 7 shows a schematic of an operation of the memory chip of FIG. 3 in accordance with the invention; and

FIG. 8 illustrates a table of how the RFID tag operates in accordance with an embodiment of the invention.

1. A method of preventing an unauthorized use of a disposable component, the method comprising:

integrating an RFID device (102) with the disposable component (101), wherein the RFID device includes a memory chip (201) having a FRAM portion (201b);

reducing bio-burden of the disposable component with the integrated RFID device; and 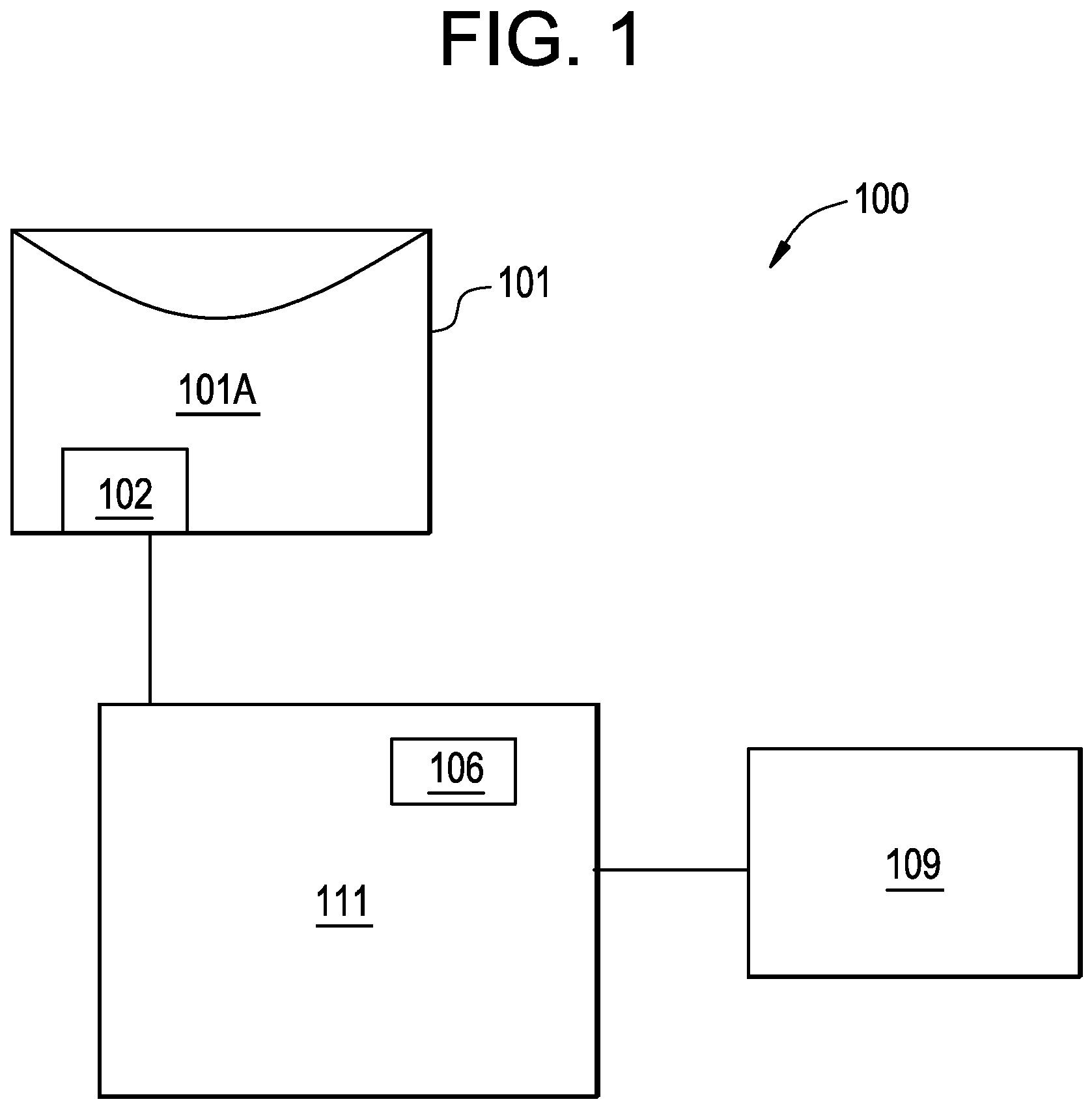 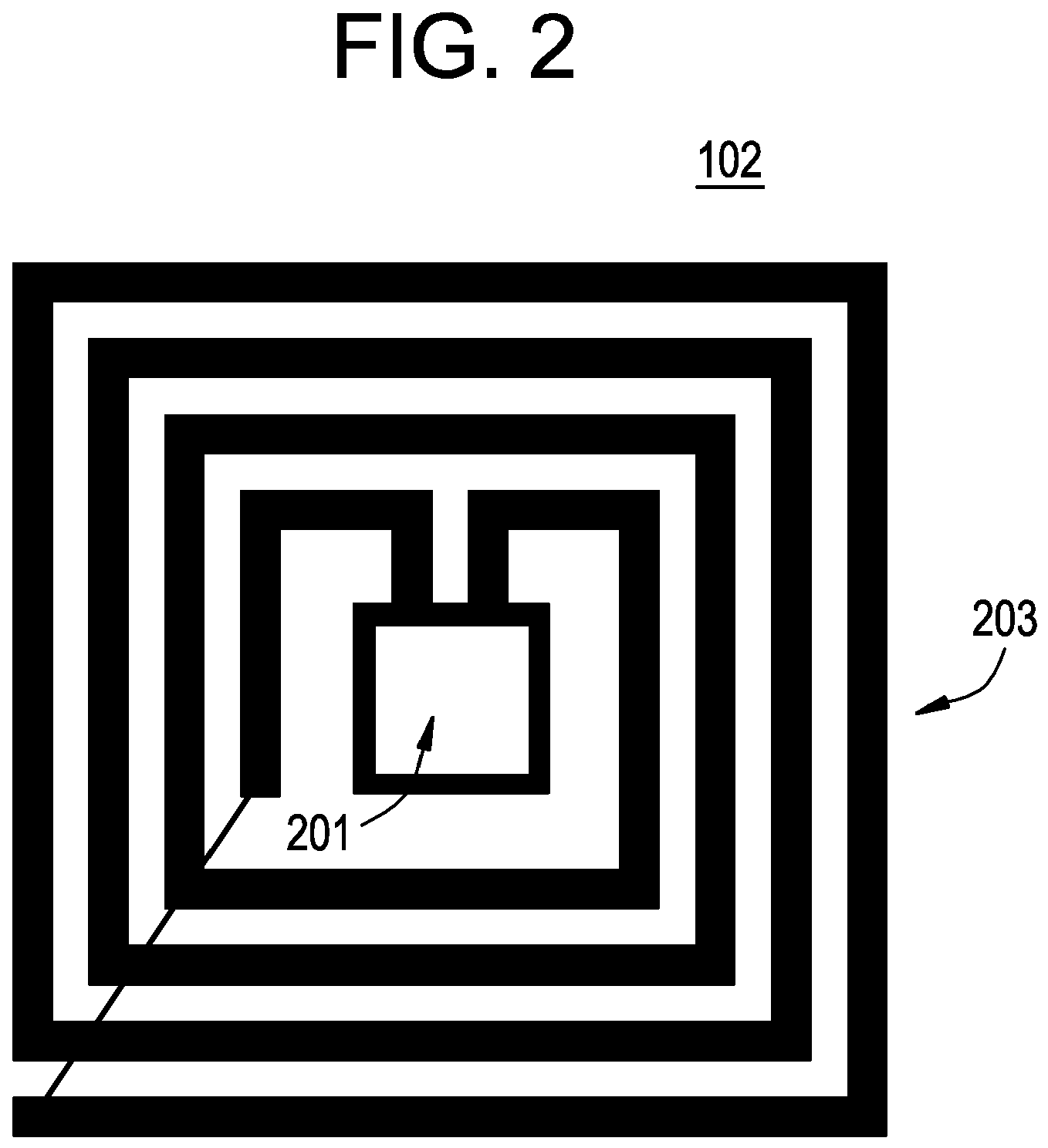 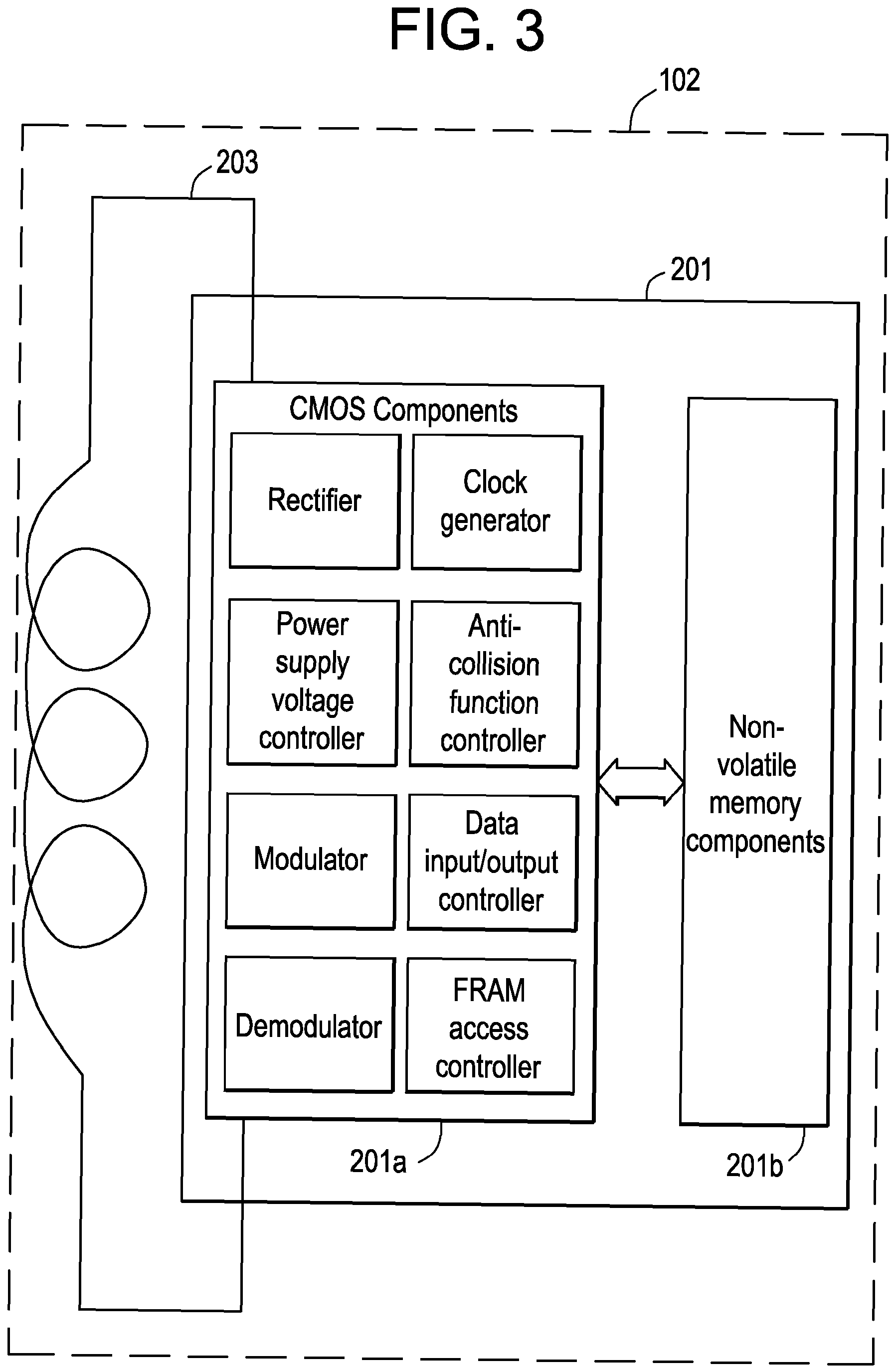 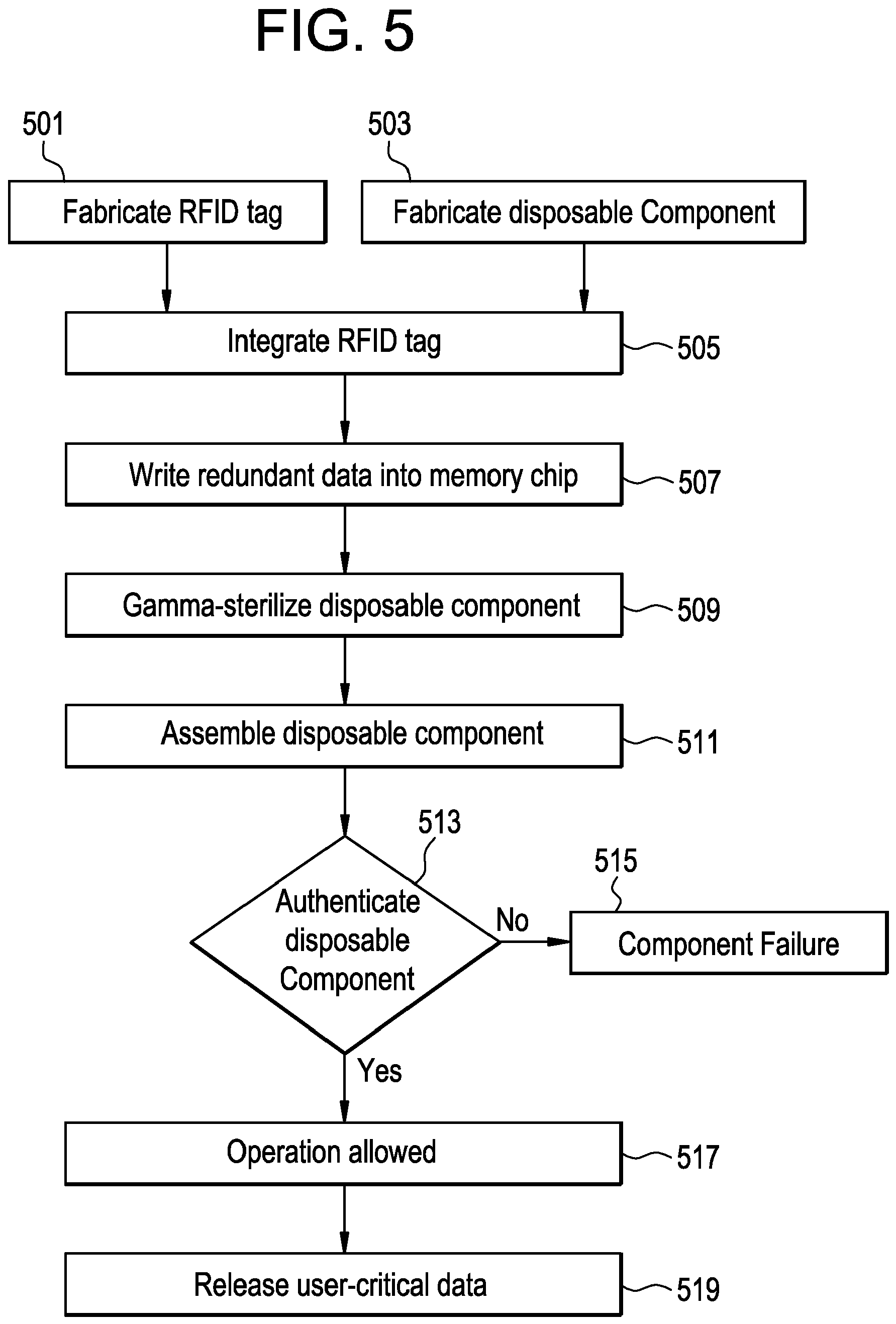 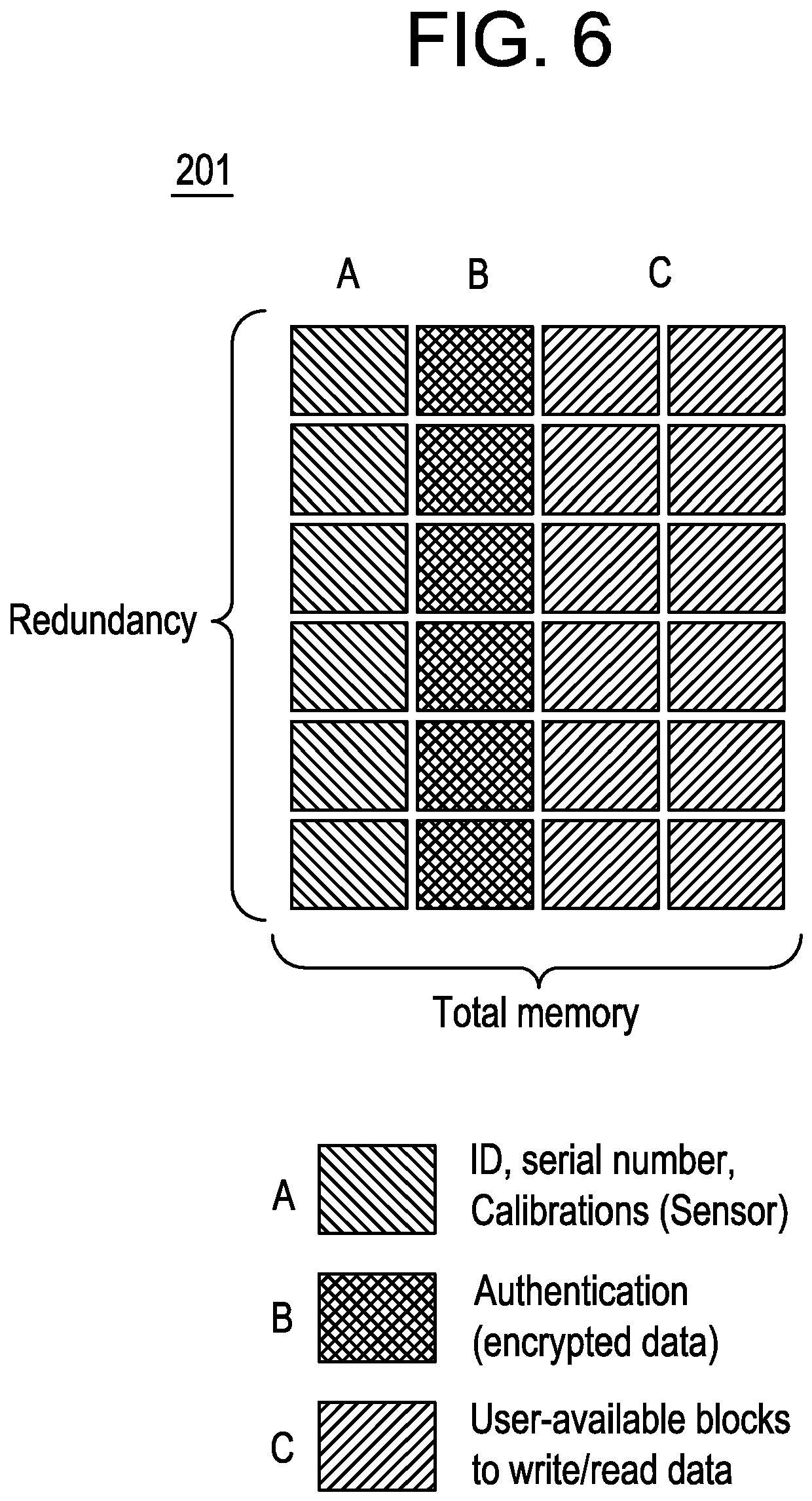 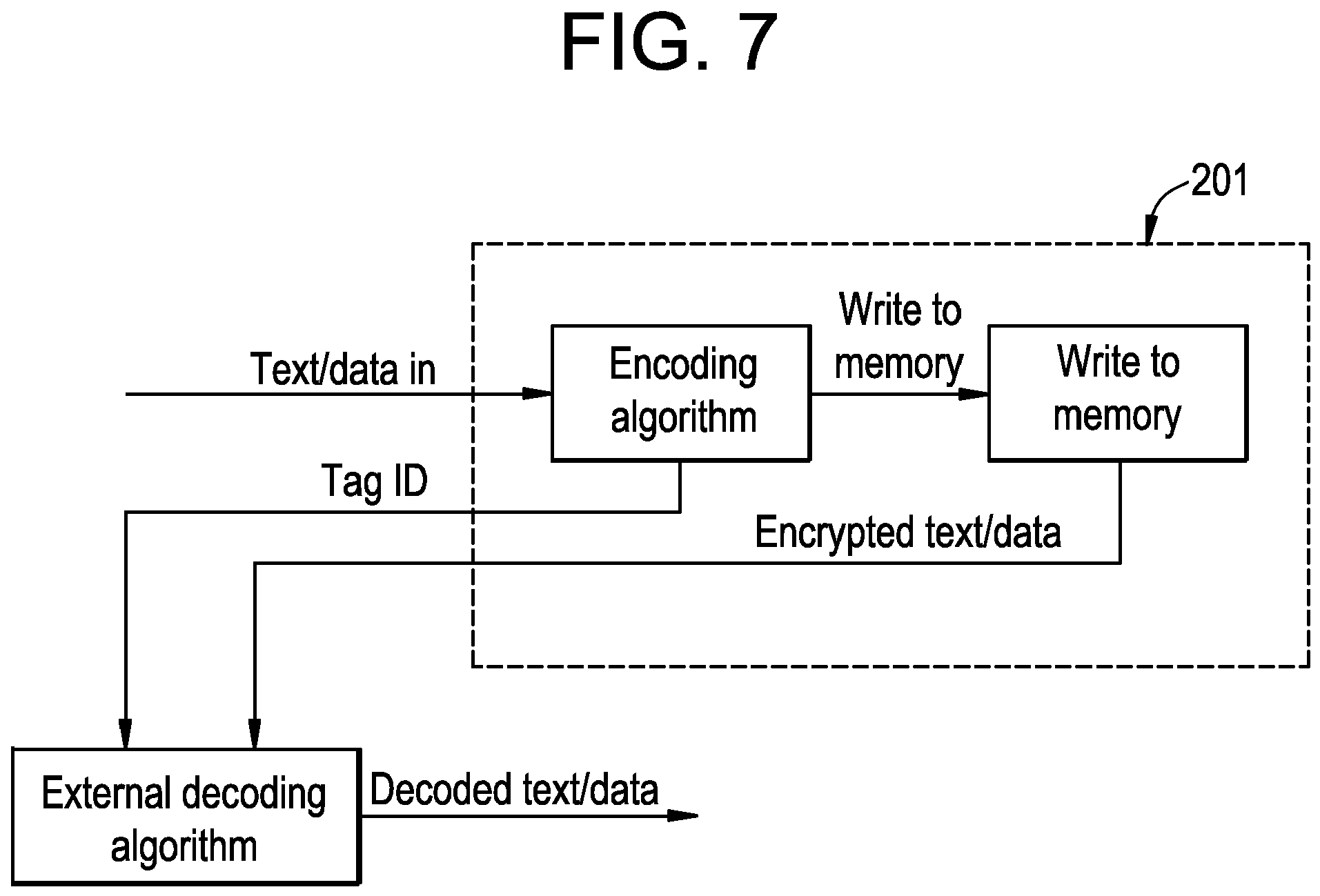 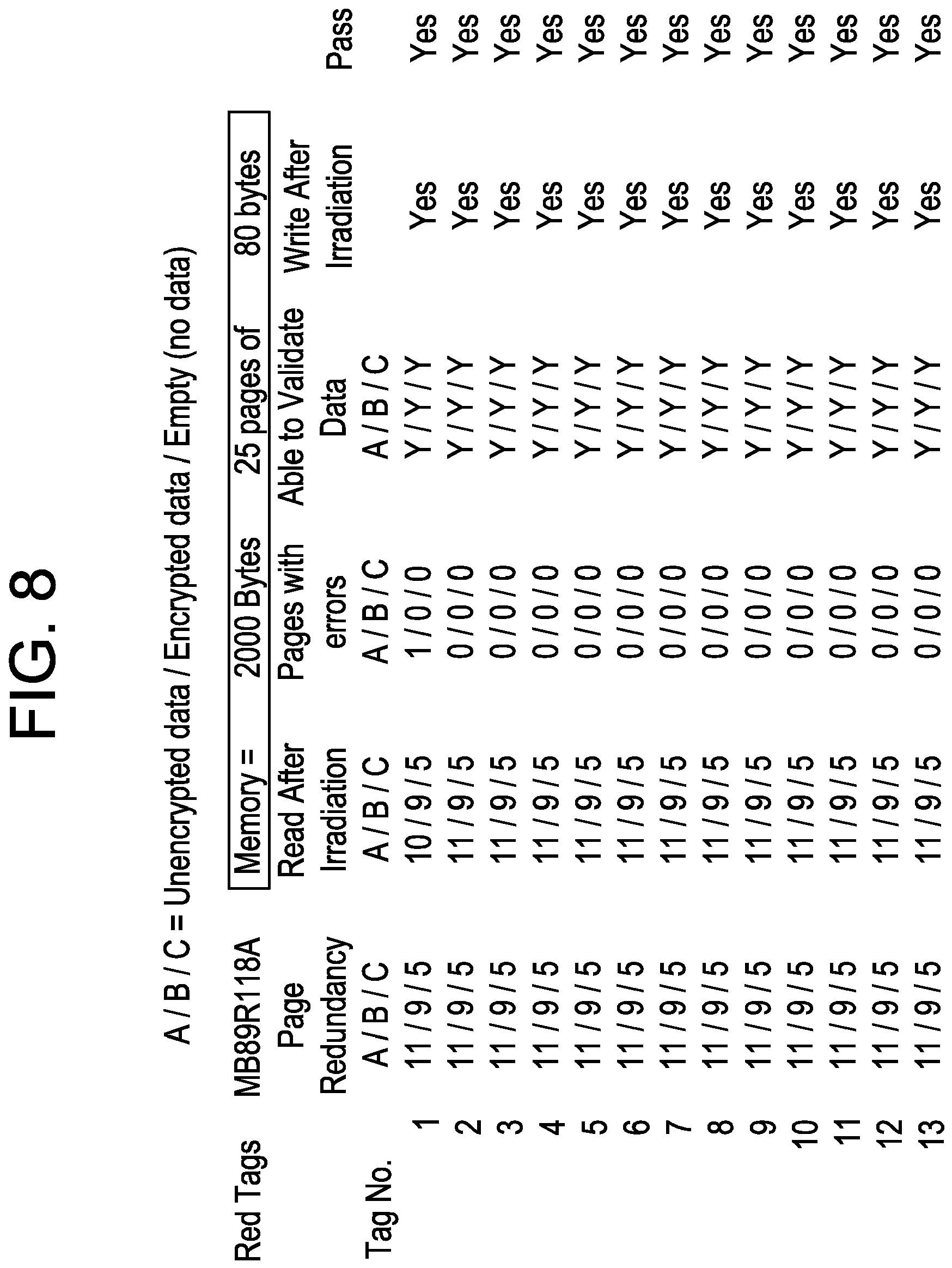