[0001] The invention relates to a method for manufacturing laminated circuit boards. The method is particularly suitable for manufacturing pliable laminates containing for example RFID antennas.
[0002] The method presented in the application lends itself to the manufacture of circuit boards, for example switch circuit boards for keypads, pliable sensor mats and matrices, product tracing tags, antenna units for RFID tags, identification cards and payment cards, components for flexible batteries and solar panels, as well as heating resistances. Subsequently, the invention will be described principally from the standpoint of manufacturing RFID antenna laminates. RFID antenna laminates exist typically as parts of smart tags or can be laminated further to provide part of a thicker structure, for example inside a proximal- or remote-readable payment card.
[0003] The product, which is to be manufactured by the method and delivered to a customer or to in-house further processing, is typically a reel which carries the actual RFID antennas at appropriate spacing both laterally and longitudinally of the tape upon a web-like substrate material suitable for further processing and end use of the product. The substrate material consists of an electrically non-conductive windable material, such as paper or plastics, and has generally a thickness of 20-100 µm, typically about 50 µm. The actual antennas consist of an electrically conductive material, such as metal or printing ink containing conductive particles. When the employed electrically conductive material is a metal foil, it generally consists of aluminum or copper and has a thickness of 5-30 µm, typically about 10 µm.
[0004] The surface area of conductor patterns in proportion to the entire surface area of an antenna tape is commonly 10-50%, typically 10-30%. The reason for this is that, because of further processing, it is necessary to leave some void space between antenna patterns and that there is surprisingly plenty of non-conductive or void area within the actual antenna patterns. Dealing explicitly with an antenna, such areas must be truly non-conductive, not merely electrically isolated. A consequence of this is that, when the electrically non-conductive material consists of a metal foil, a predominant portion thereof must be removed one way or another during the manufacturing process and just a small portion remains with the finished product. The costs of a removal process are typically determined by the amount of metal to be removed.
[0005] What are referred to as products of high security standard, such as passports and credit cards, provide a continuously increasing application field for RFID identifiers. In order to ensure a high level of security, the layer containing an RFID identifier must have a capability of being laminated together with other layers of the same basic material in such a way that the assembly cannot be dismantled without breaking the identifier. This entails that, in the antenna manufacturing process, no adhesive or other impurities at all shall remain on the surface of a base material or shall only appear in a minimal portion of the total surface area.
[0006] Many RFID antennas are characterized by their coil-shaped design. In the event that the coil-shaped design is implemented in a planar configuration, the coil's top end and bottom end shall be necessarily located quite far from each other when considering the size of a microchip and, therefore, one end of the coil must be connected electrically with the other end, present on the other side of coil turns, or with a chip attachment zone without having this structure, referred to as a bridge, electrically connected with coil turns existing between its ends. On the other hand, it is sometimes necessary to make efficient use of the surface area allowed for the antenna of an identifier by placing antenna components, for example about a half of the coil-shaped structure, on one side of a common substrate material and by electrically interconnecting this with an antenna component present on the other side.
[0007] A further processing step, following the manufacture of antennas, comprises generally the attachment of a microchip. The chip attachment lines used in mass production are designed for processing antennas explicitly in a reel form, and the technology thereof sets high demands on the precision at which the antennas are present on top of the substrate material longitudinally and laterally of the tape. Since the resonance circuit of an EAS or product security tag is not fitted with a chip, the precision demands for its setting are considerably less stringent, although the products, in cursory examination, appear to have quite a few common features as well.
[0008] Compared to the resonance circuit of an EAS or product security tag, the manufacturing of an RFID antenna itself must be conducted with much higher precision.
[0009] First of all, as opposed to a product security tag, the RFID antenna is fitted with a microchip and the chip attachment area includes features, such as void regions referred to as interline spaces, which often have a width of merely 100-200 µm. Secondly, after the attachment of a chip, the antenna and the microchip jointly establish a resonance circuit whose specific frequency must be close enough to the frequency used by a reader to enable a remote reading of data carried in the chip, and the control of resonance frequency requires a high dimensional accuracy of the antenna. Thirdly, the coils of a product security tag generally include just a few turns and in those the lines or conductors and interline spaces are generally just a few millimeters in width, whereas the coils of RFID antennas require about a double-triple number of turns often for a highly limited surface area, whereby the width of lines and interline spaces may be an order smaller than what is used in product security tags.

Manufacturing methods in common use

[0010] The most commonly applied antenna manufacturing technologies are printing with silver paste and etching of the laminate, and metal plating (electroless plating, electrolytic plating) is also used to some extent. These involve at least the following shortcomings and problems:

Objective of the invention

[0025] It is an objective of the invention to manufacture conductor-patterned circuit board laminate for providing a precisely defined and even thin interline-spaces featuring pattern layout in a more readily controlled and more efficient process, even in the event that the pattern layout contains extensive areas without conductors, and for avoiding the problems caused by an adhesive coating left in the non-conductive area in the process of laminating security articles. Another objective of the invention is the economically viable and reliable manufacture of electric circuits to be placed on either side of a substrate material. A further objective is to reduce the amount of manufacturing-produced hard-to-recycle scrap and to encourage the recycling and reuse of materials. A still further objective is to enable the use of a laser in the manufacture of a coil-antenna equipped circuit board also in relation to thermal paper, without restricting the production rate.
[0026] The invention is defined in the appended claims.

[0027] The invention will be described with the aid of the accompanying drawings.

[0028] In all figures, the reference numerals are designated as follows:

2 patterned adhesive or other bonding

3a conductor in a completed circuit board

3b piece of metal foil to be removed

Embodiments of the invention

1. A method for manufacturing a circuit board featuring conductive patterns, comprising the following steps of:

ii) patterning, by a removal of material, the conductive layer, such as the metal foil (3), from narrow gaps between the desired conducting areas (3a), and from an outer periphery of said extensive areas (3b) removable in a solid metallic state, for establishing conductor patterns; 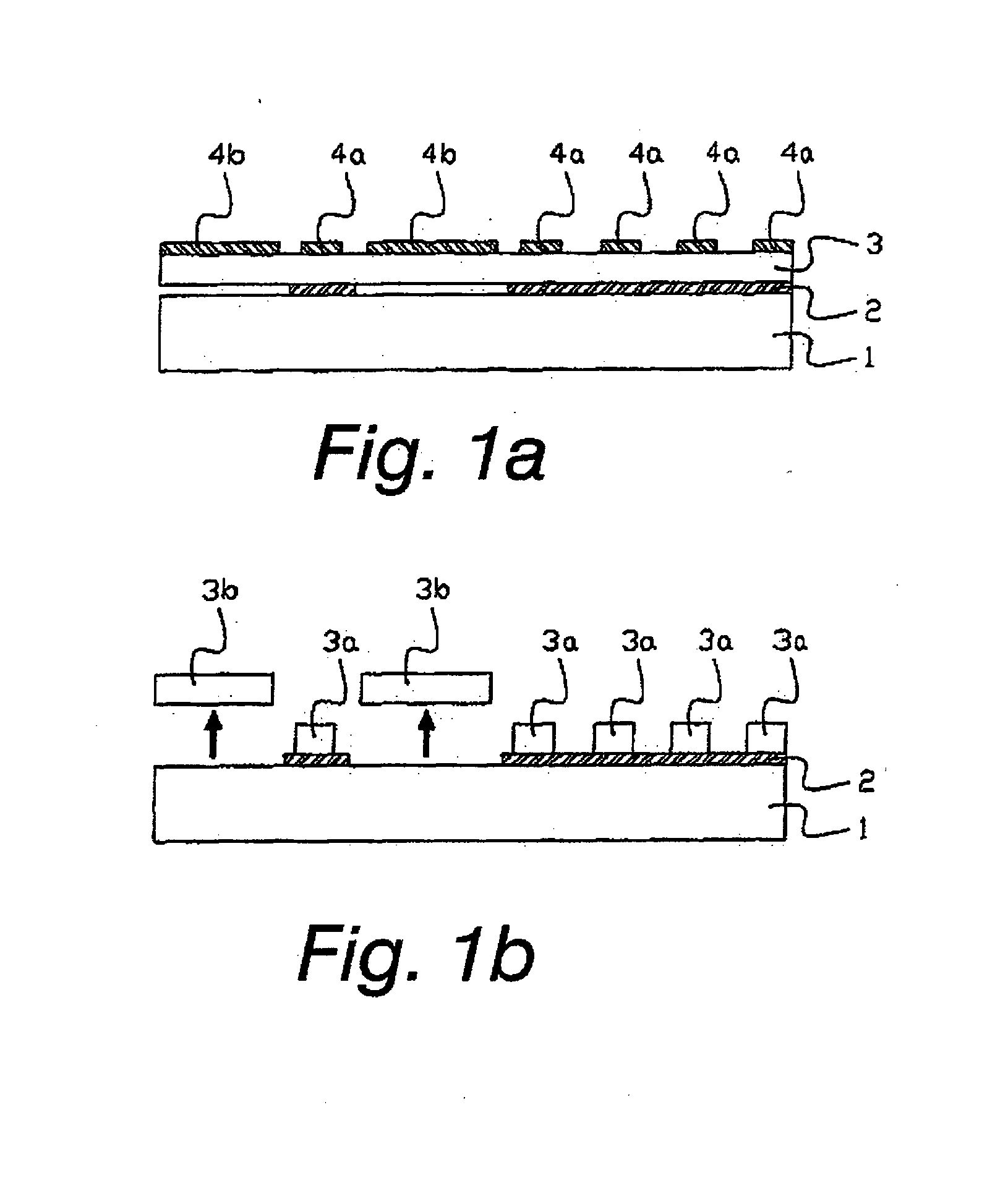 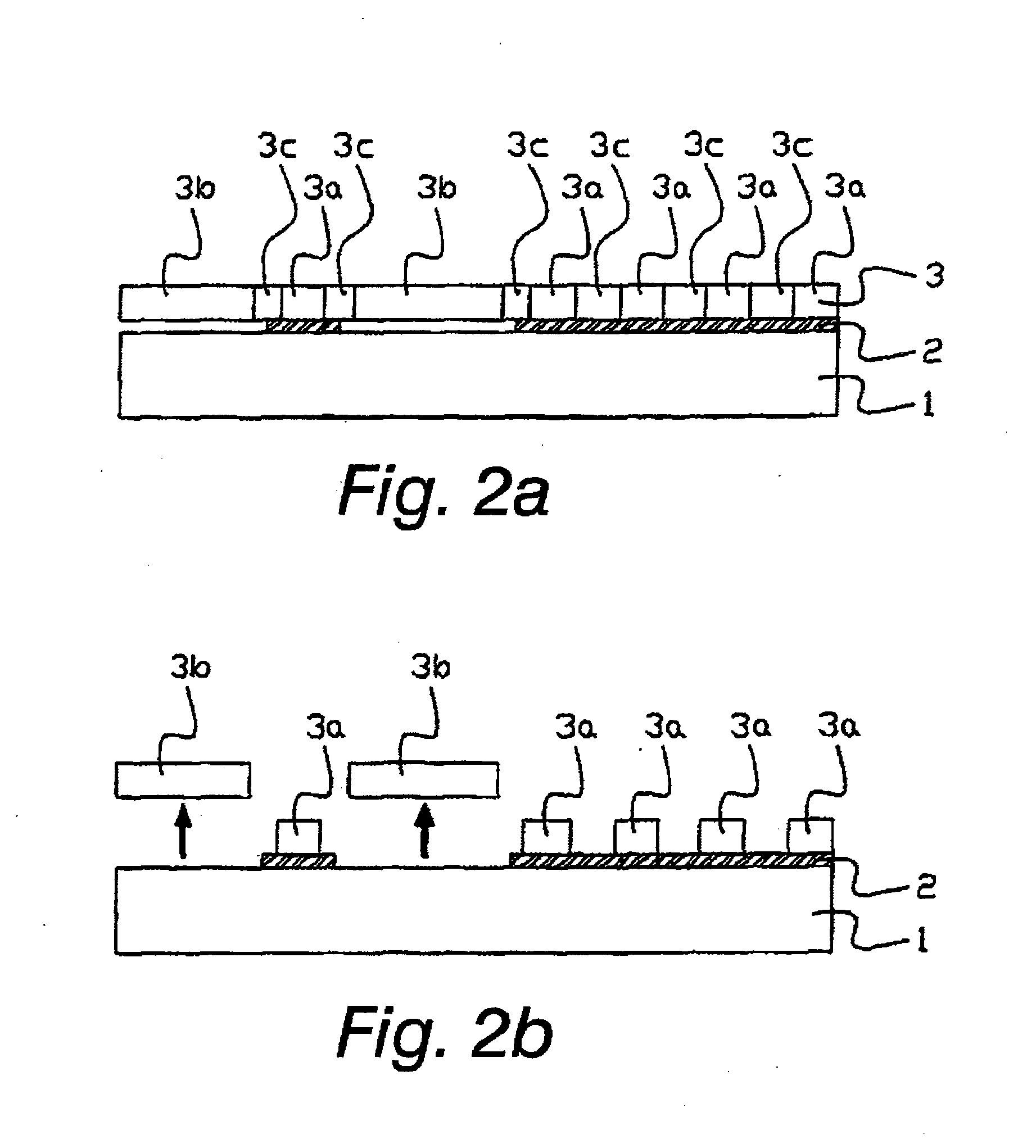 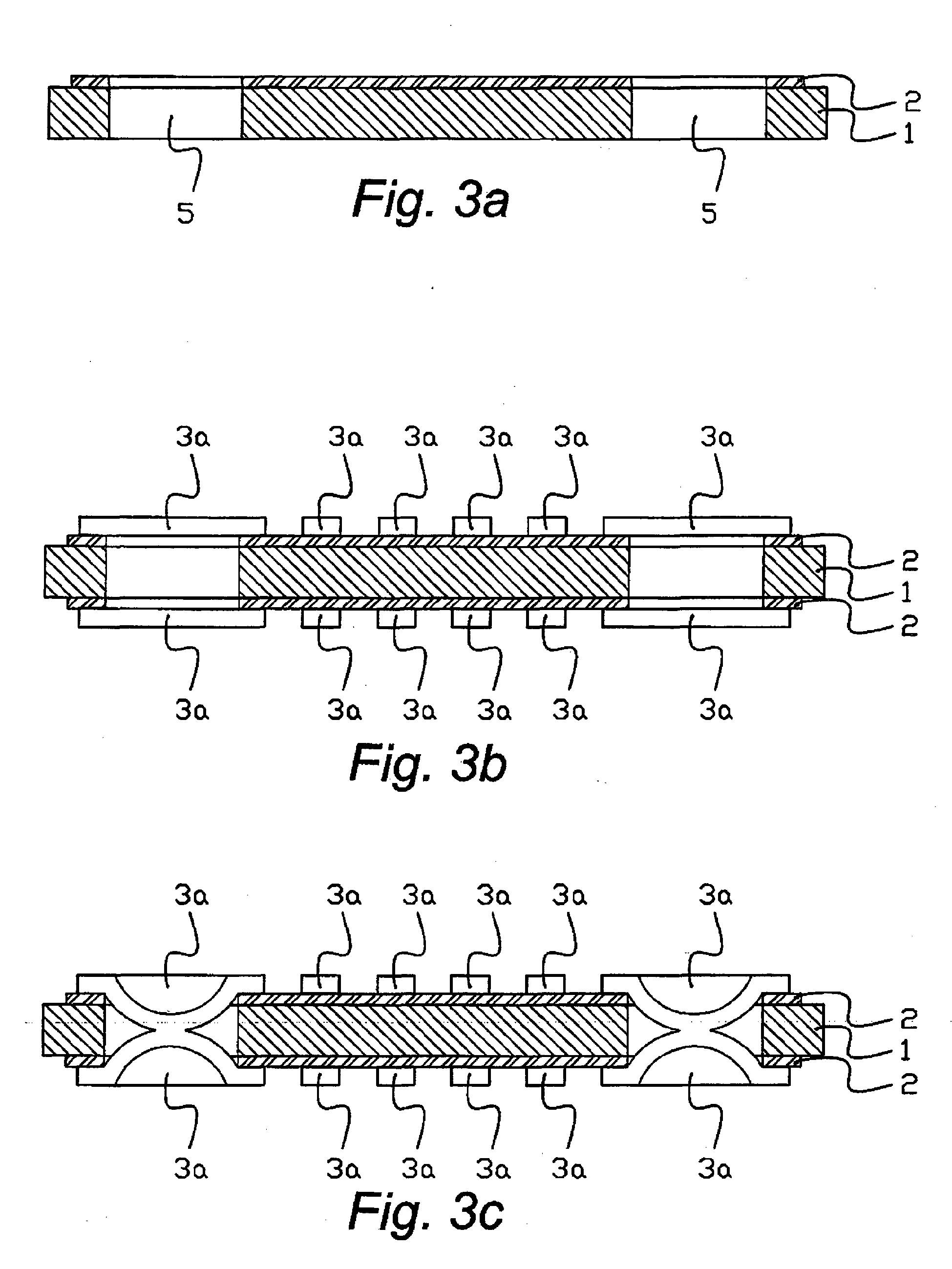