Fig. 1 is a schematic, cross-sectional view of an exemplary operating environment depicting a consumable downhole tool being lowered into a well bore extending into a subterranean hydrocarbon formation.

Fig. 2 is an enlarged cross-sectional side view of one embodiment of a consumable downhole tool comprising a frac plug being lowered into a well bore.
This figure does not illustrate all of the features of the invention as claimed but is included to aid the understanding of the invention and how the torch of the claimed system can be disposed in a well bore.

Fig. 3 in an enlarged cross-sectional side view of a well bore with a representative consumable downhole tool with an internal firing mechanism sealed therein.

Fig. 4 is an enlarged cross-sectional side view of a well bore with a consumable downhole tool sealed therein, and with a line lowering an alternative firing mechanism towards the tool.

Fig. 5 is a cross-sectional view of the torch, in accordance with a preferred embodiment.

Fig. 6 is a side view of the openings of the torch nozzle.

Fig. 6A is a cross-sectional view of the nozzle section of the torch, taken through lines VI-VI of Fig. 6.

Fig. 7 is a schematic cross-sectional view of a well showing the use of plural isolation tools.

Fig. 8 is a cross-sectional view of a borehole with an uncut drill collar and a torch.

Fig. 10 shows the drill collar of Fig. 8, having been cut and separated.

Fig. 13 is a longitudinal cross-sectional view of the torch.

Fig. 14 is a side elevational view of the nozzle pattern of the torch, taken along lines XIV-XIV of Fig. 13.

Figs. 15A-15C show the dressing of a cut end of a drill collar to form a new pin joint.

[0024] The nozzles 255 located along the torch body 252 are constructed of carbon and are therefore capable of withstanding the high temperatures of the molten plasma substance without melting. However, when the consumable components of the frac plug 200 are exposed to the molten plasma, the components formed of magnesium metal will react with the oxygen in the aluminum oxide (Al2O3), causing the magnesium metal to be consumed or converted into magnesium oxide (MgO), as illustrated by the chemical reaction below:

1. A system for consuming a downhole tool (200), the system comprising:

the plurality of openings (255) comprise slots (255) extending in a longitudinal direction and arranged in rows around a circumference of the nozzle section (616) with interstitial spaces (256) between adjacent slots (255) for allowing longitudinal flow of fluid along the torch (257),

and wherein the sets of slots (255U, 255L)) are longitudinally spaced from each other. 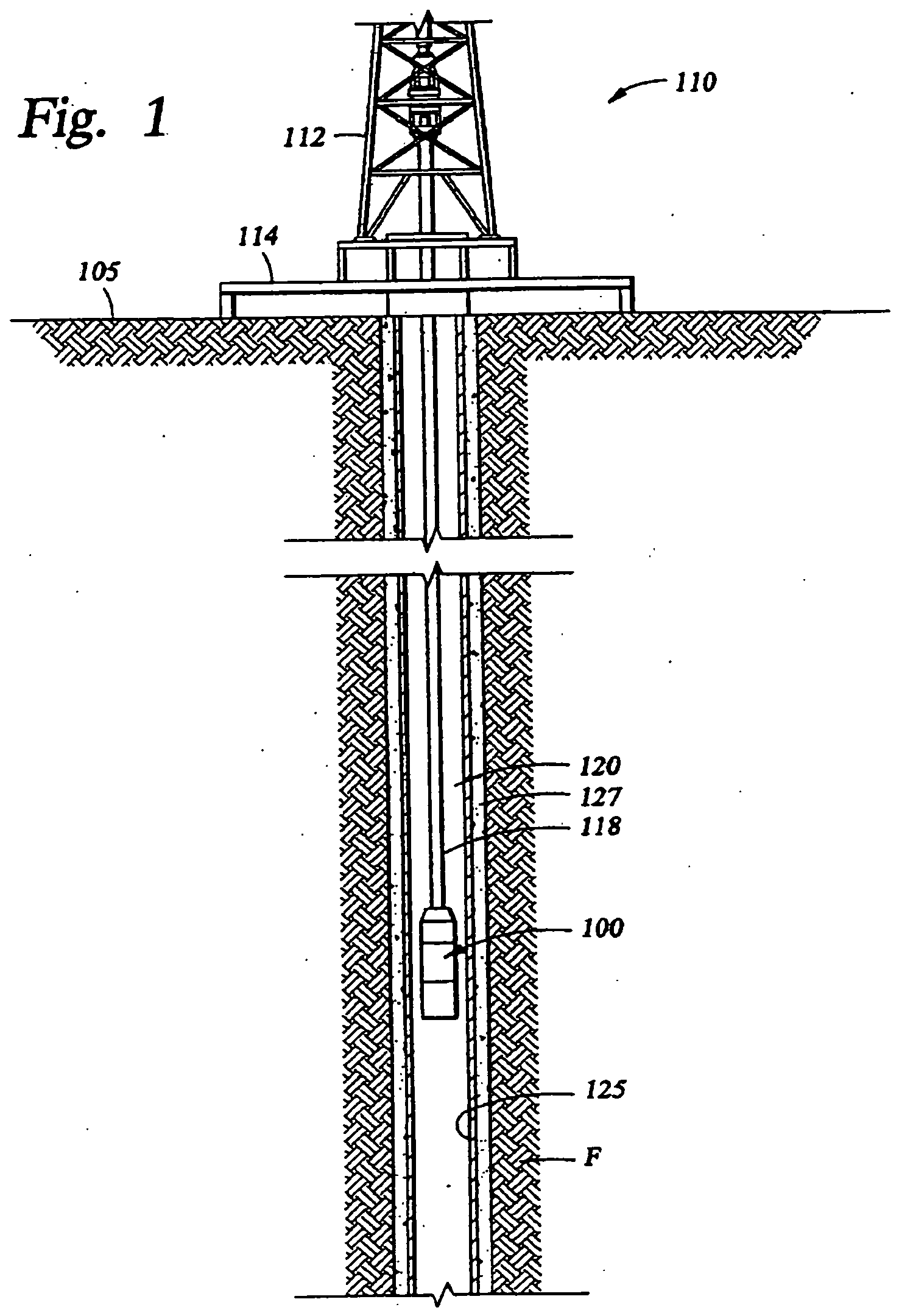 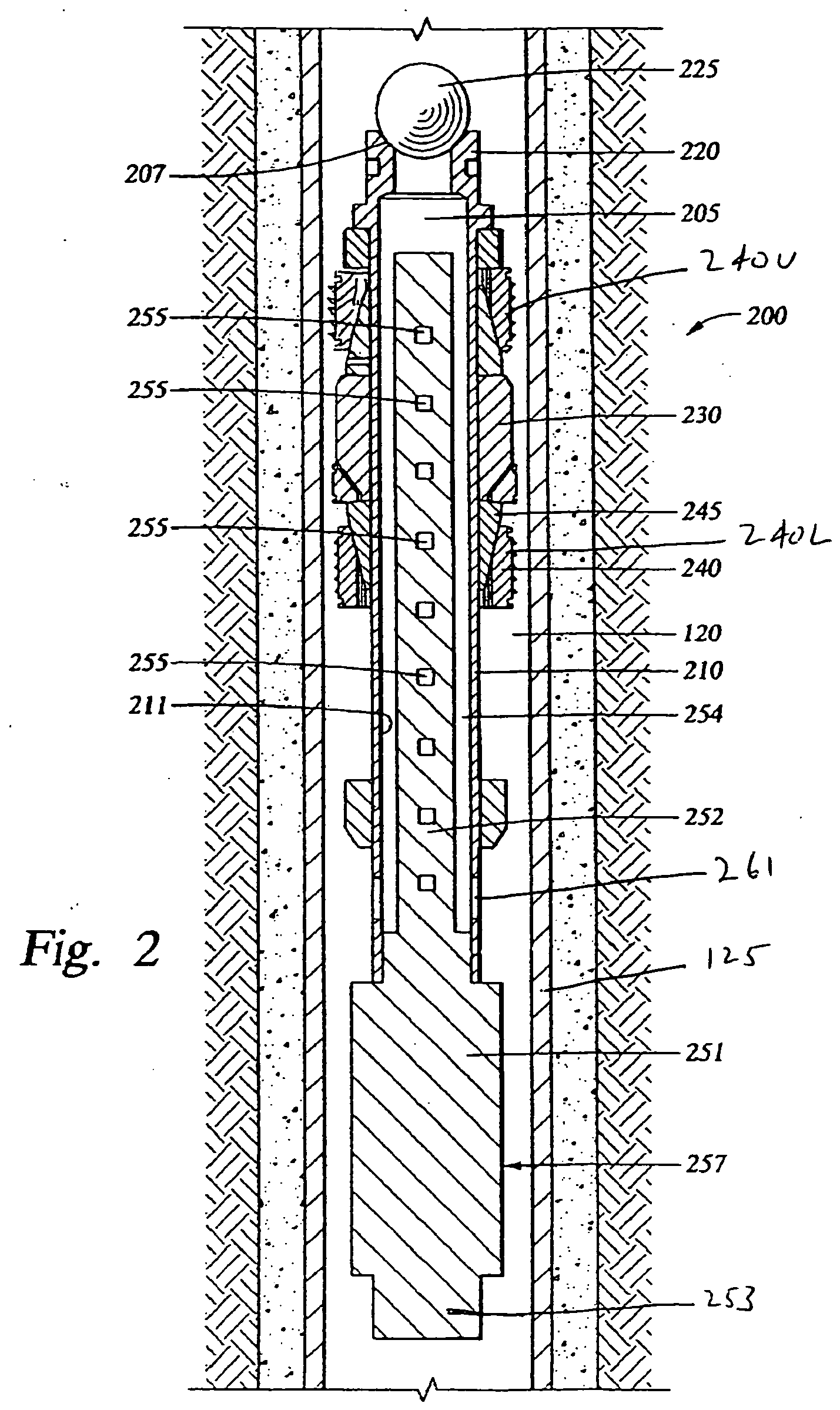 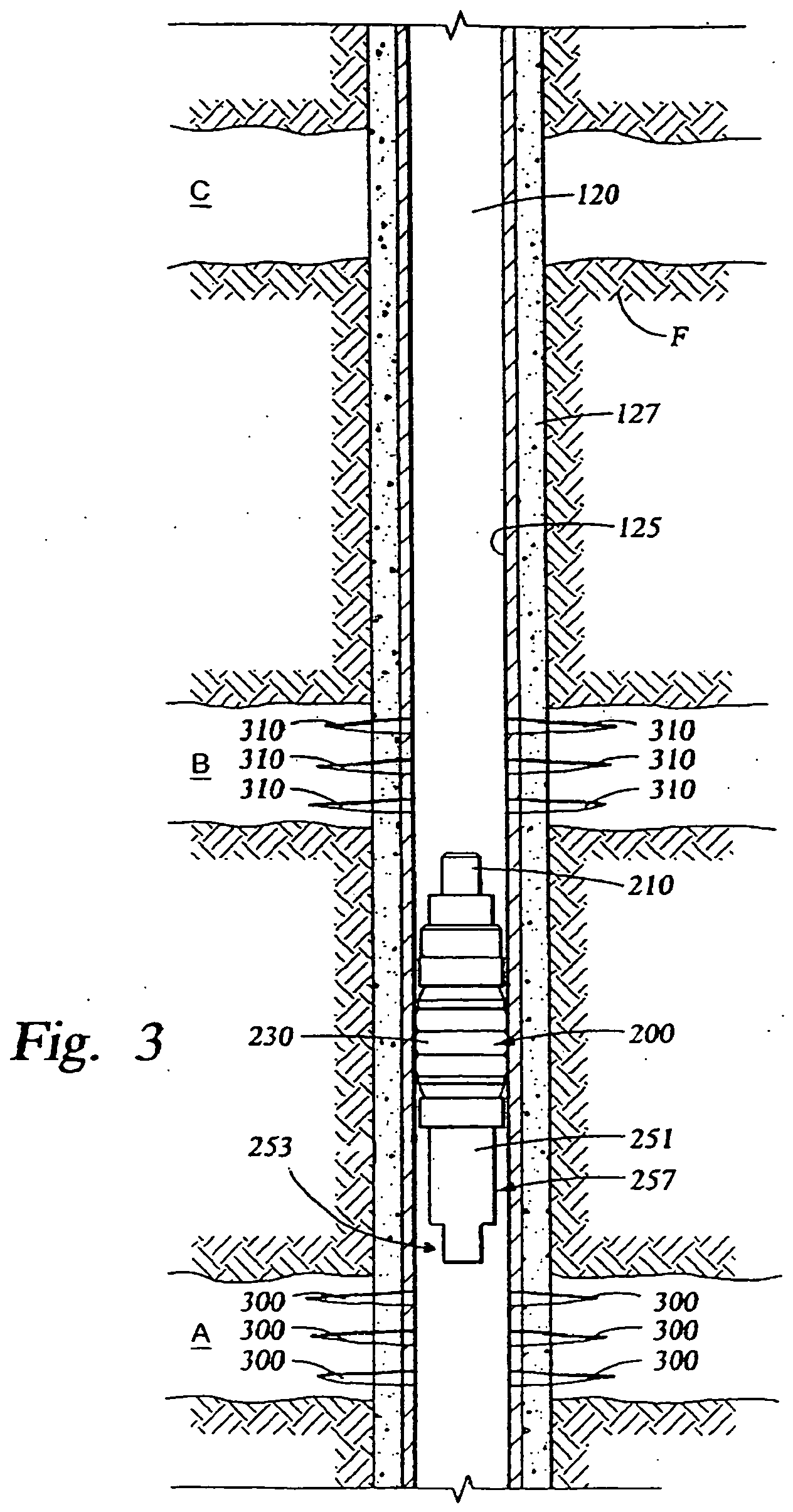 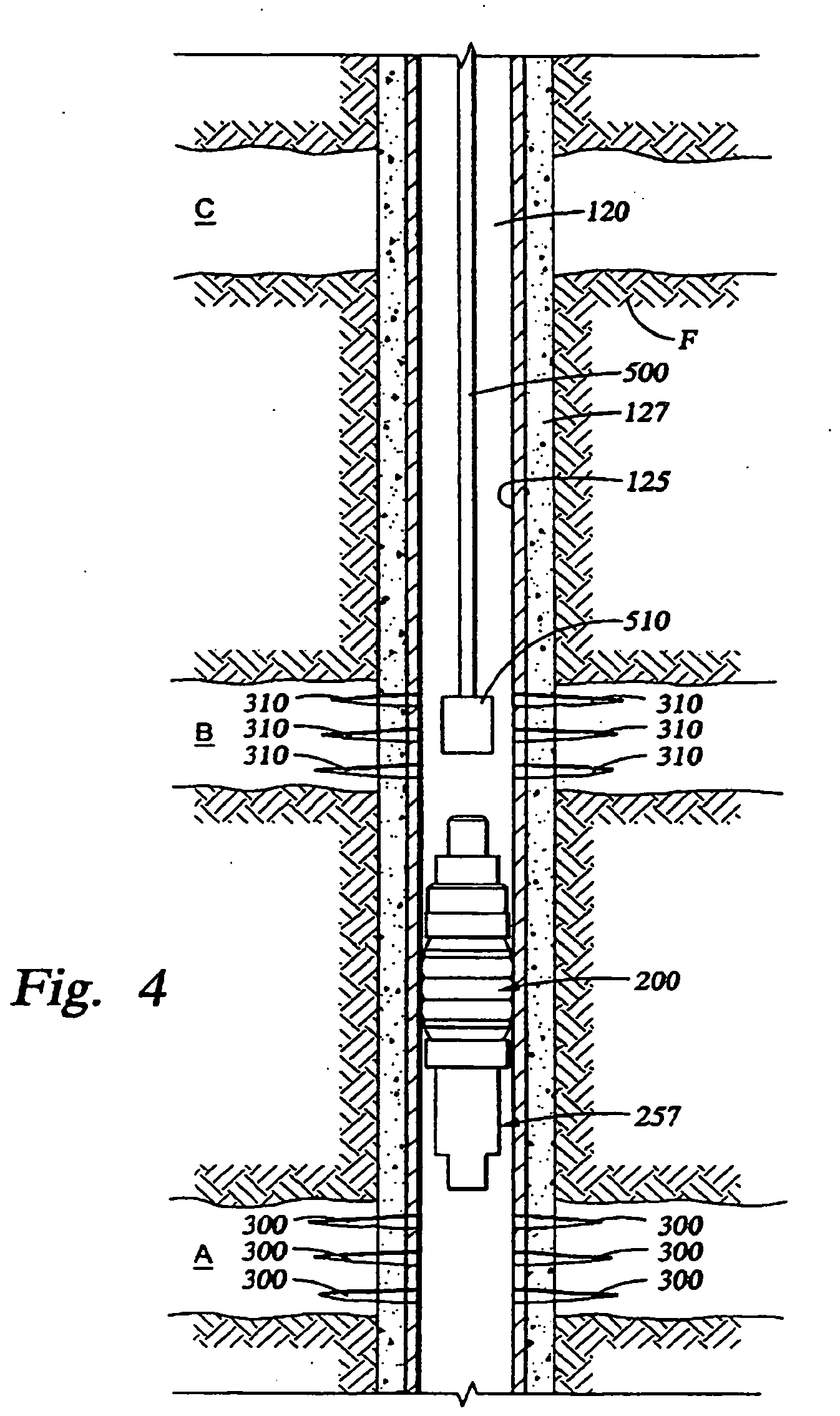 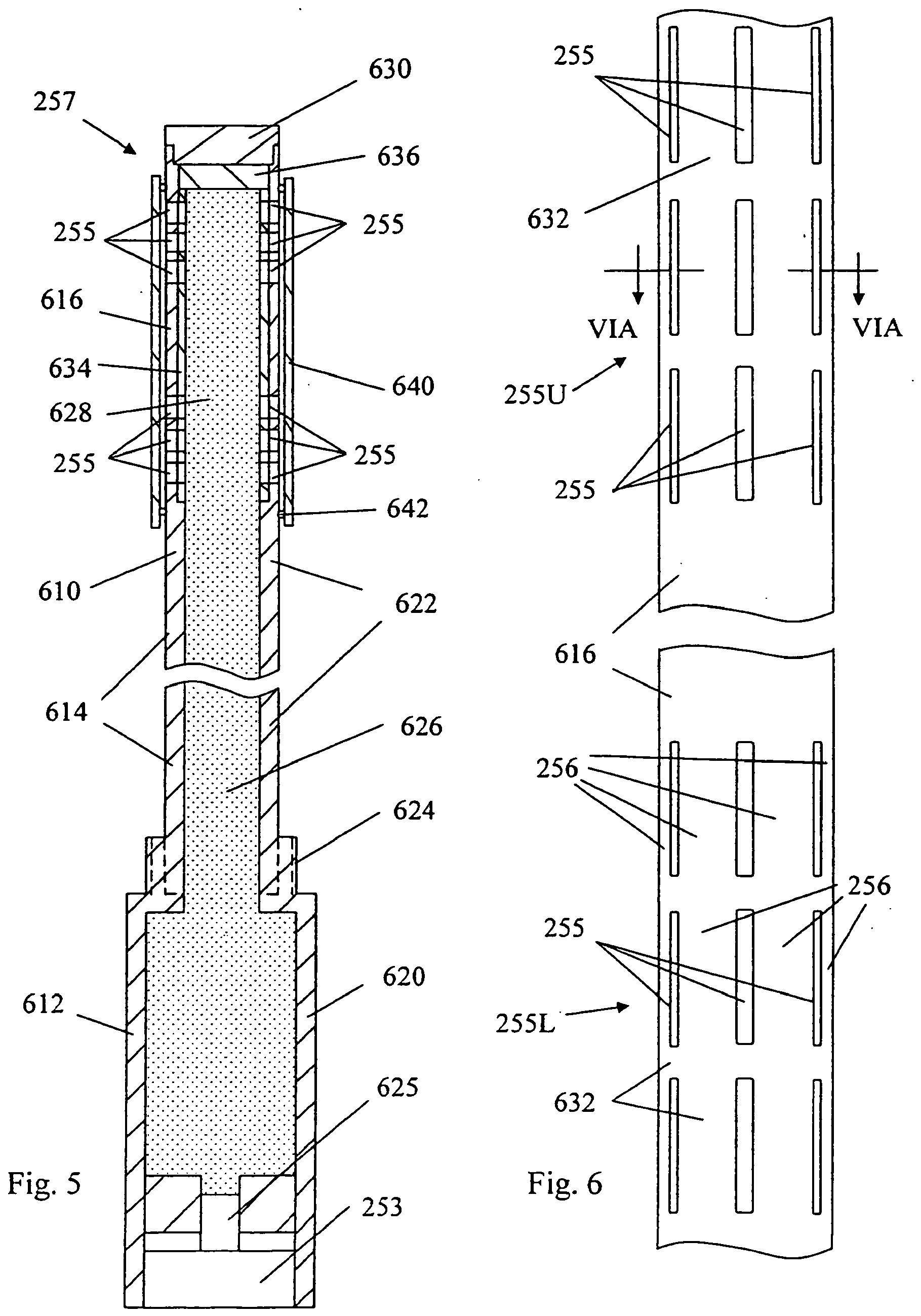 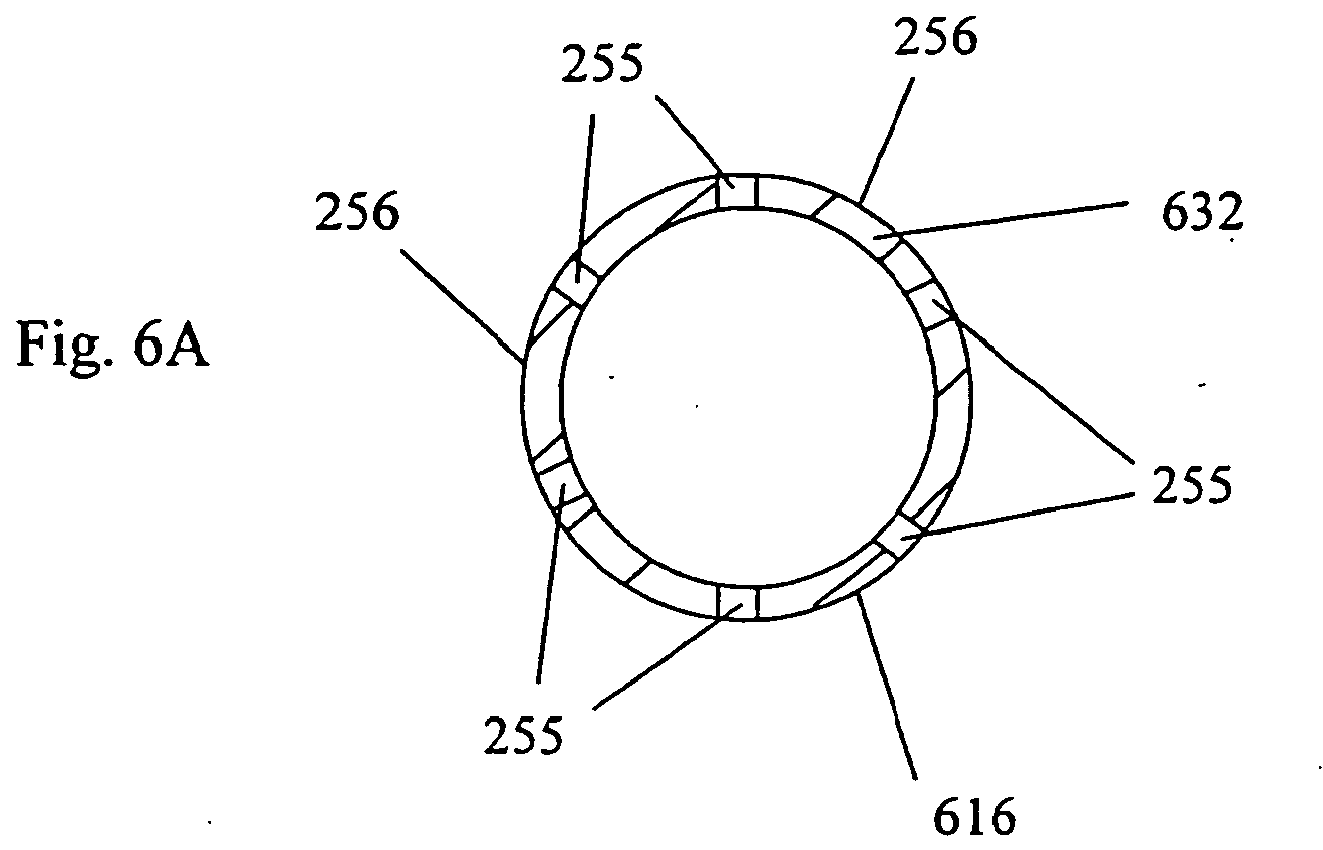 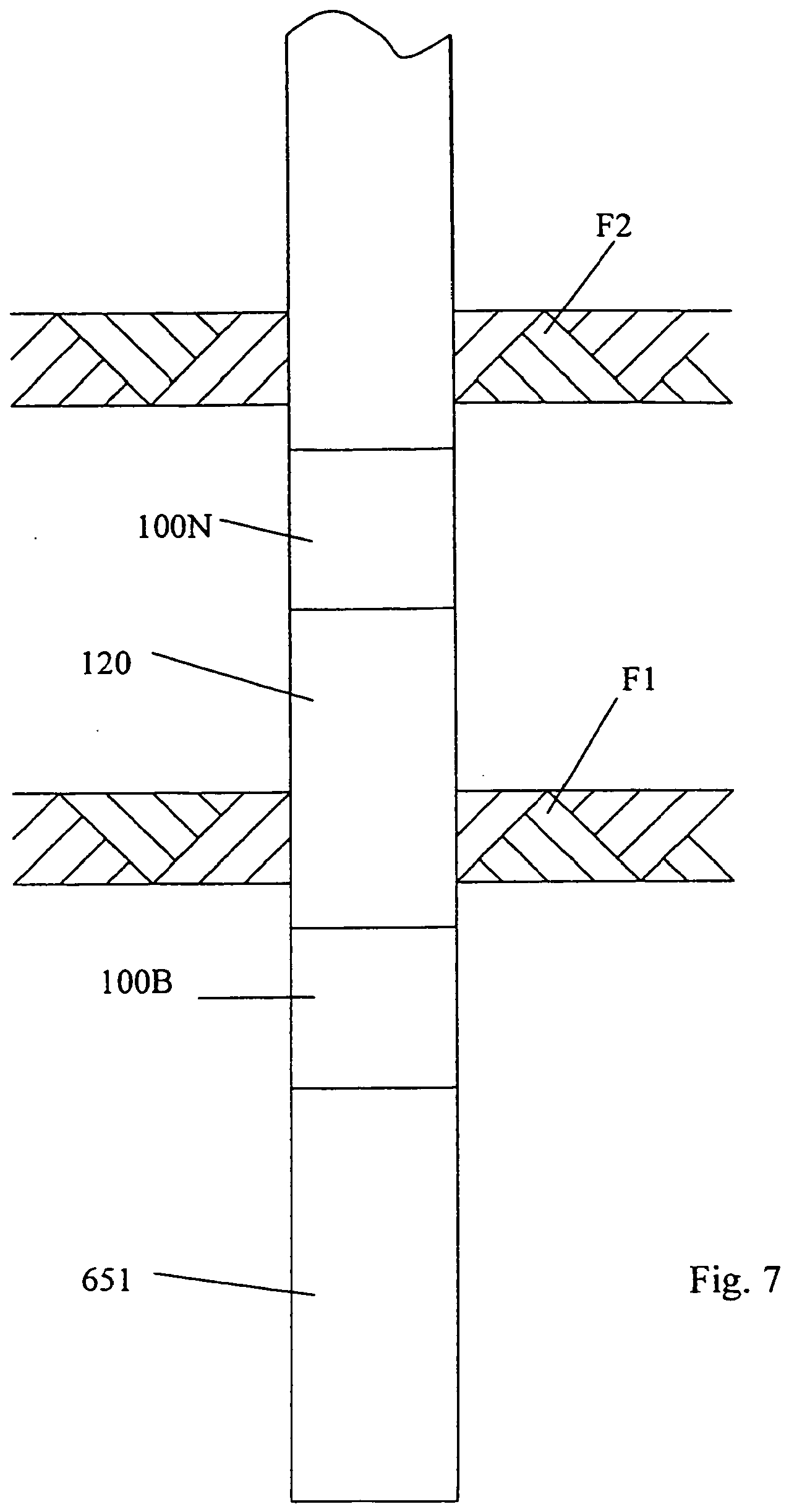 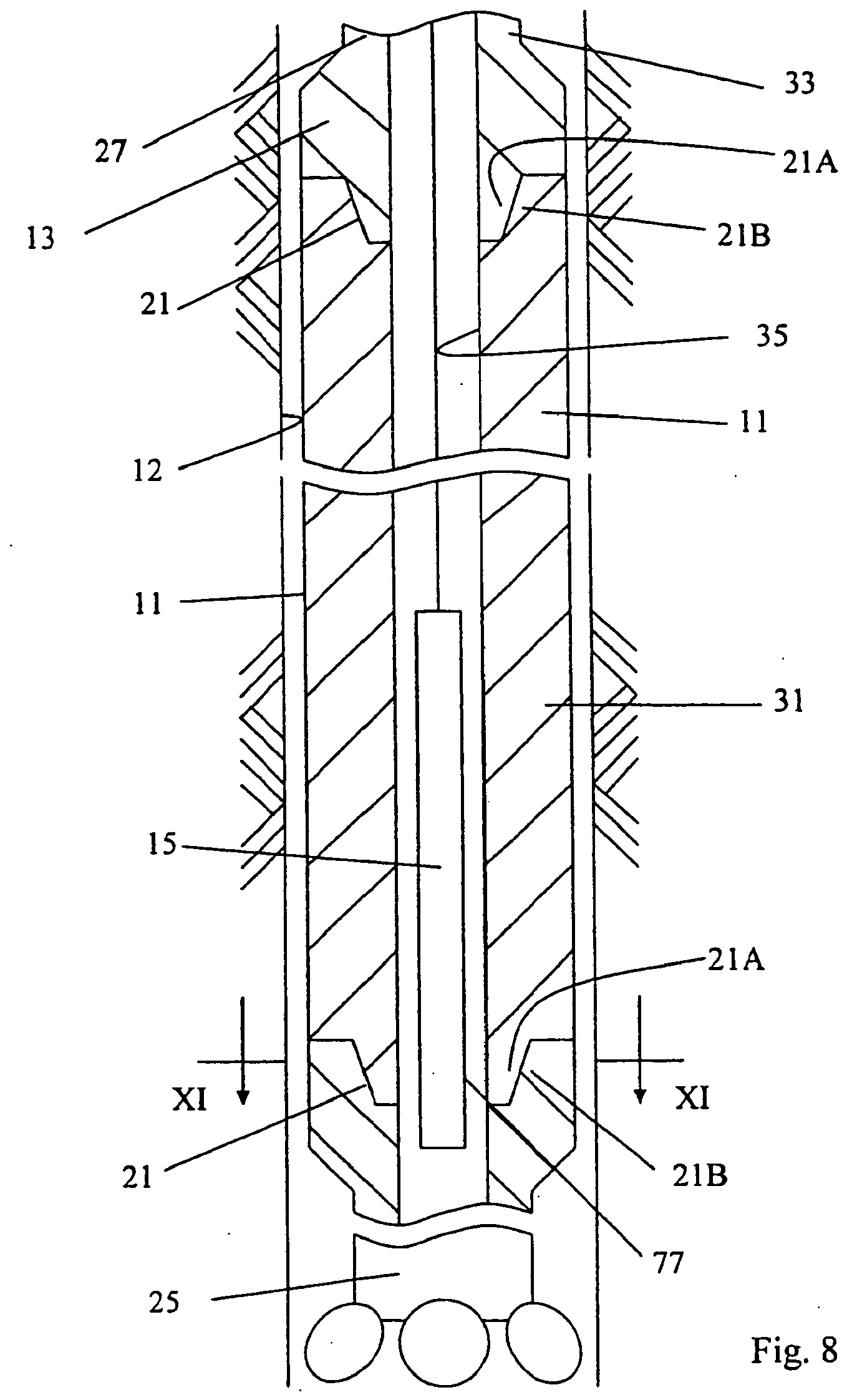 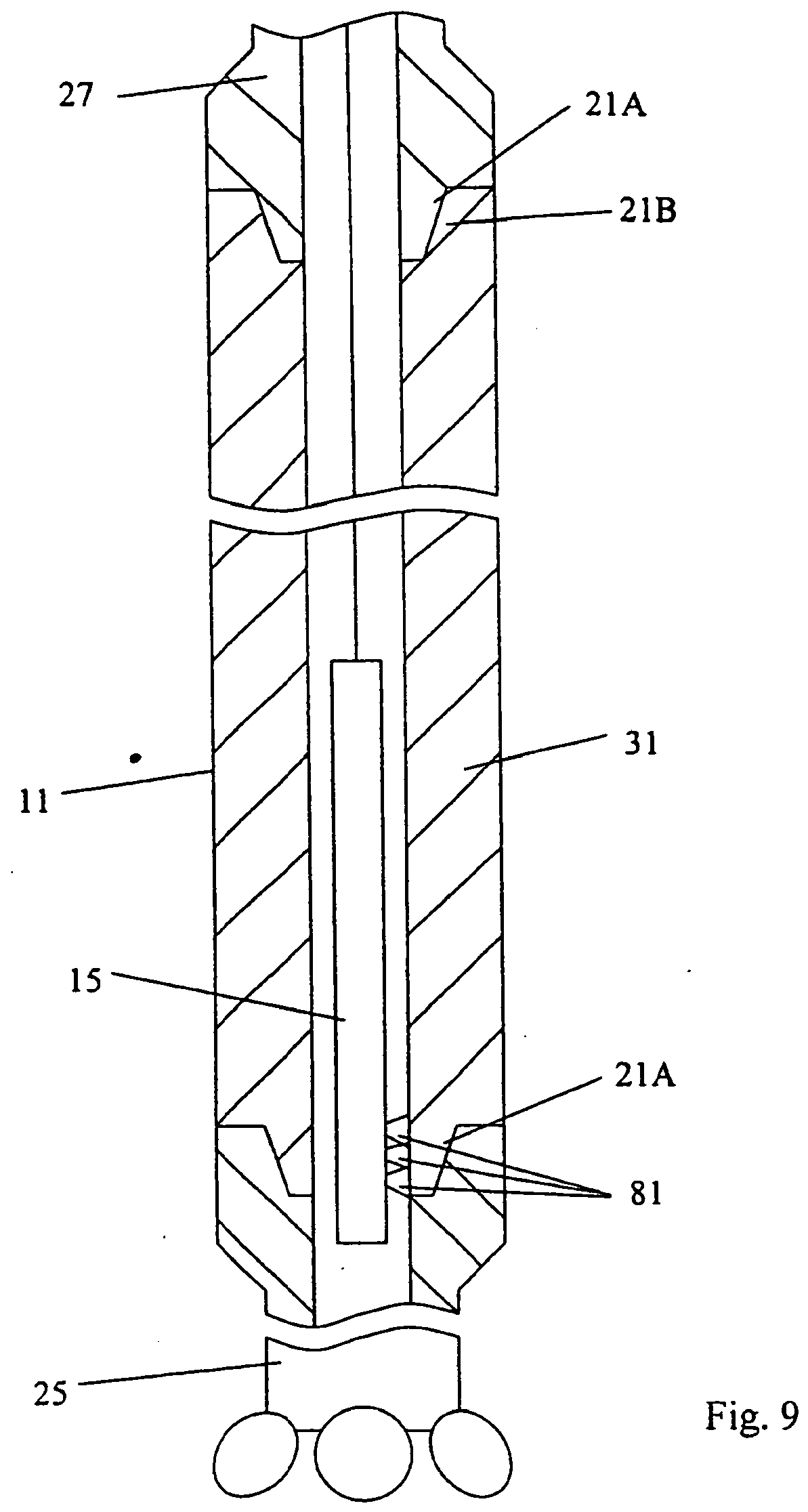 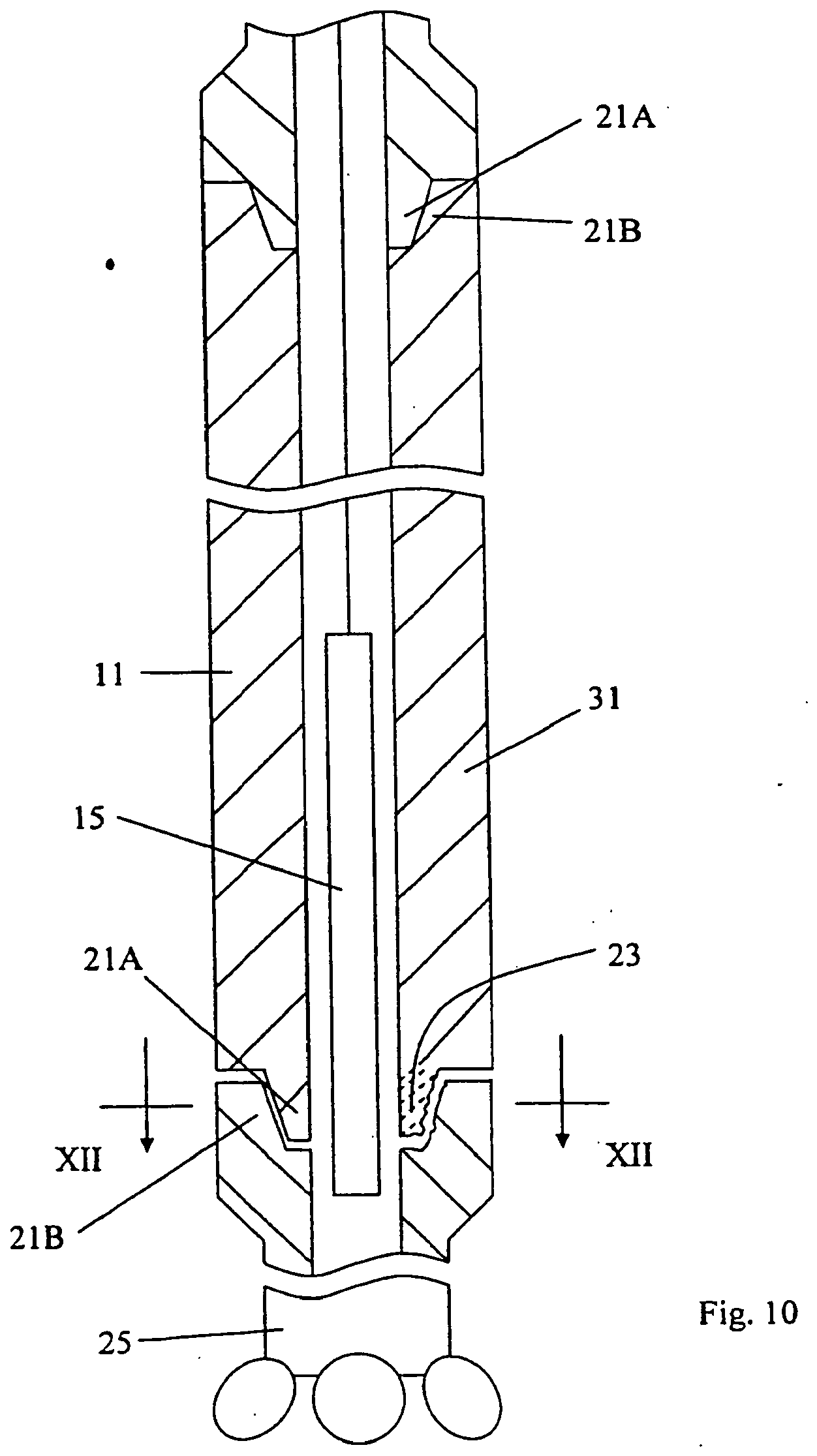 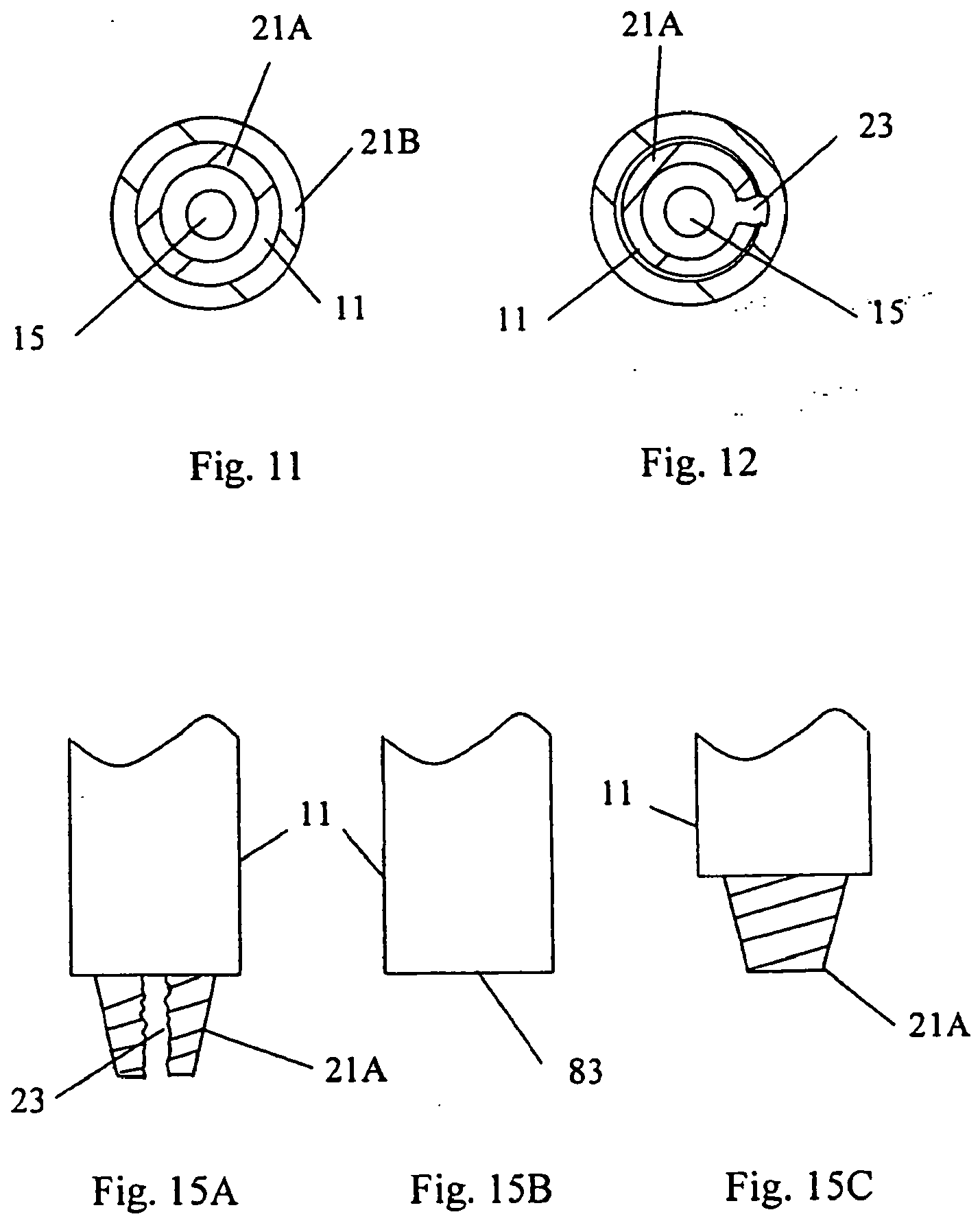 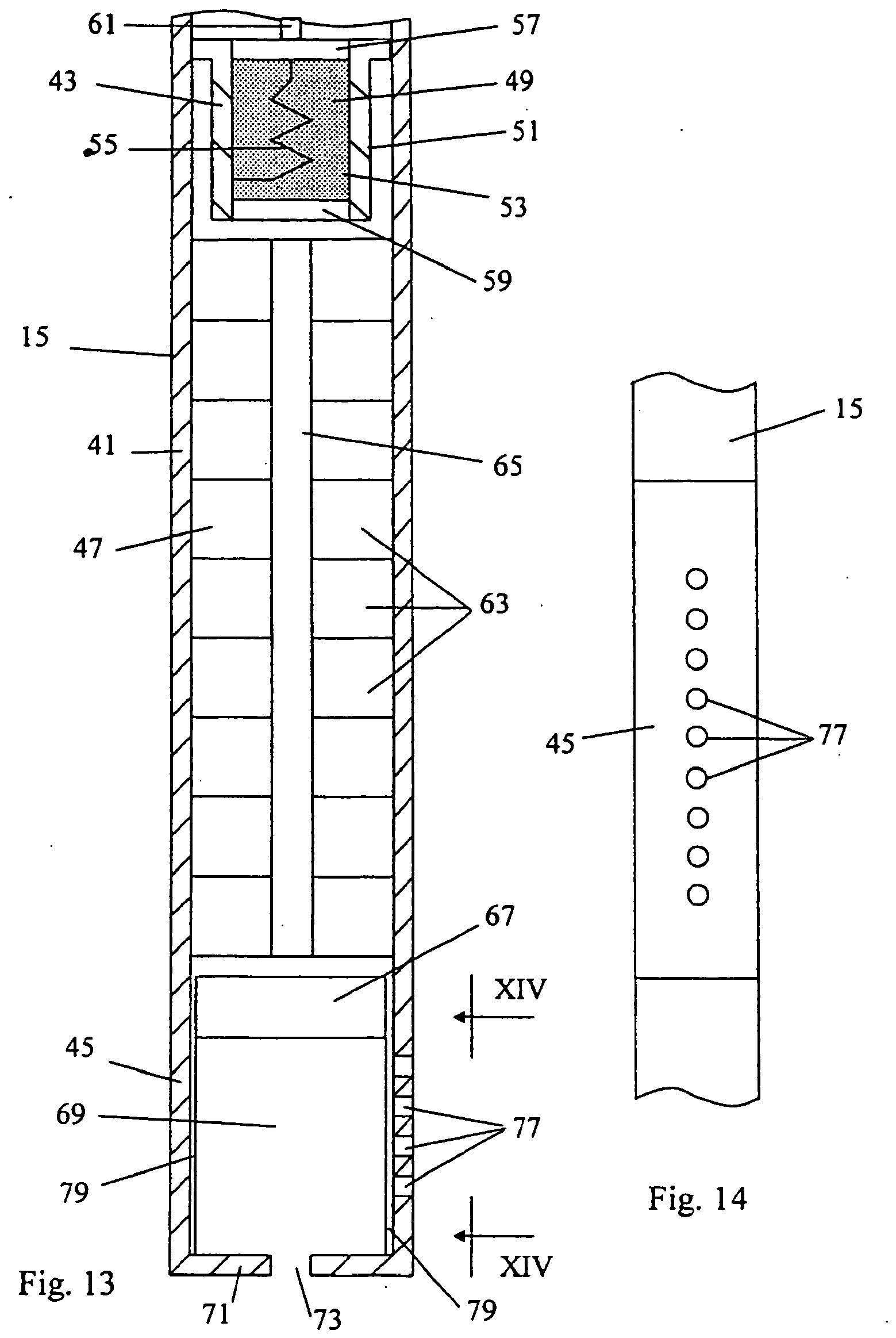