[0001] This application relates to a fire suppression system wherein a gas is directed into a compartment at a controlled pressure.
[0002] Fire suppression systems are known, and are often used in aircraft, buildings, or other structures having contained areas. As an example, an aircraft is typically provided with a fire suppression system that can direct Halon into a compartment where a fire has been detected. The goal is to discharge an effective suppressing agent concentration into the compartment such that the fire will be suppressed before there is significant damage. Aircraft cargo systems, electronic bays, and other compartments may include such a system.
[0003] EP 2233175 A discloses a fire suppression system and method, and is prior art under Art. 54(3) EPC. US 5857525 discloses an inert gas fire fighting system having a pressure control valve. US 4566542 discloses a fire protection system for an aircraft. WO 00/41769 discloses fire suppression apparatus and methods.
[0004] In general, such systems have a first high rate discharge unit utilized initially to bring in a sufficiently high agent concentration into the compartment. After expiration of a period of time, then the system switches to a lower rate discharge unit to maintain the demanded inerting concentration in the compartment.
[0005] Halon use has been prohibited by the Montreal Protocol except for critical use areas. The airplane industry is one of the last remaining industries still with a critical use exemption. Halon 1301 production has been banned in developed countries since 1994. Recently, there have been proposals to replace Halon as the fire suppression agent. Finding an acceptable alternative, both in performance and space / weight issues is beginning to be an issue of concern, as Halon supplies and time are running out.
[0006] Proposals have been made to utilize inert gas, as an example.
[0007] Aircraft manufacturers desire weight reduction, and other Halon replacement options (HFC's etc) have too high a weight penalty . Candidate systems for Halon replacement showing equally good fire suppression performance have such a significantly higher weight compared to Halon systems, such that environmental benefits are outweighed by the additional fuel required.

wherein said control (34) is configured to control said valve to initially deliver a high pressure to said flow line (25) for a period of time and then switch to a lower pressure for a maintenance period after expiration of said period of time; 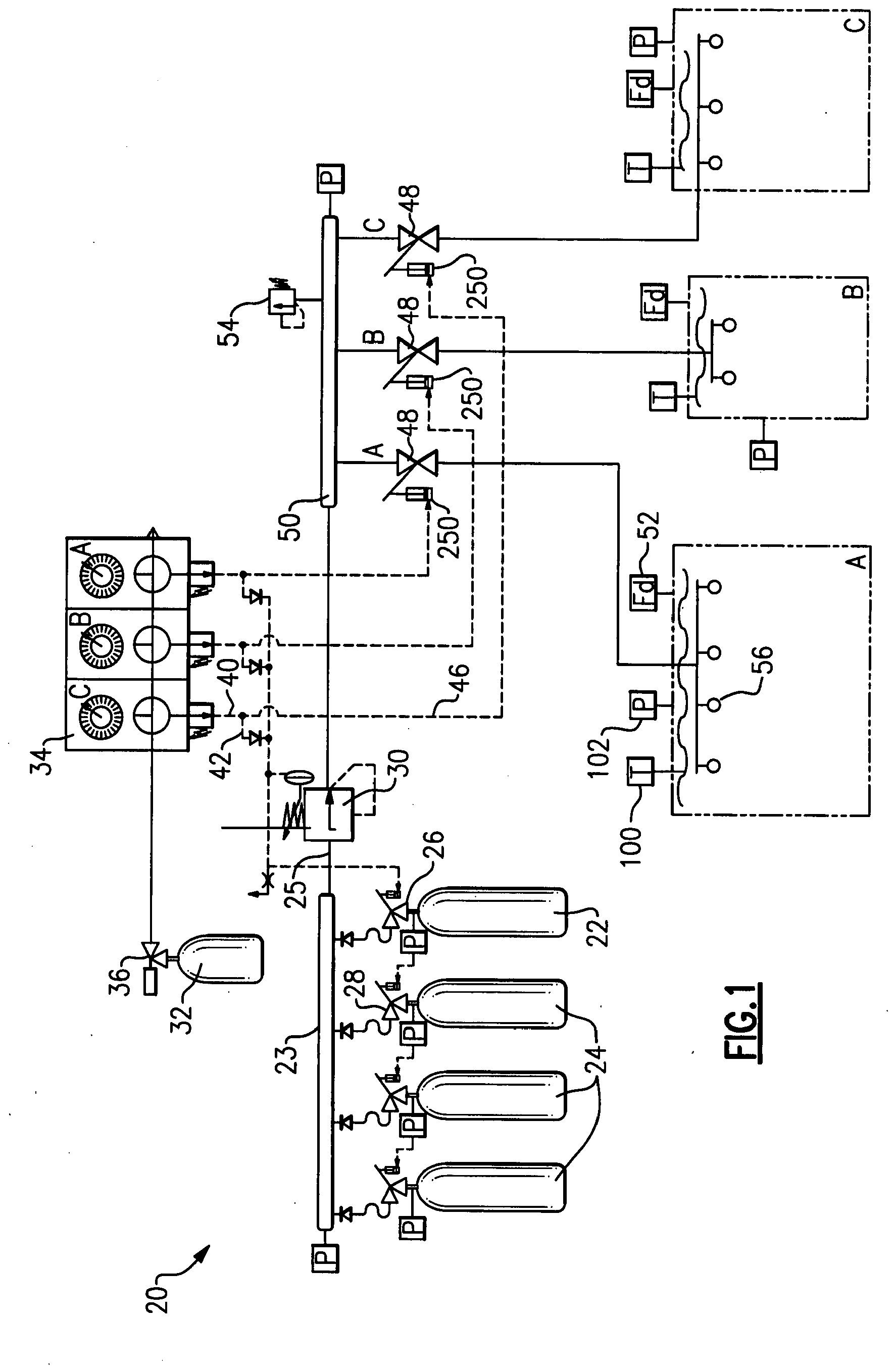 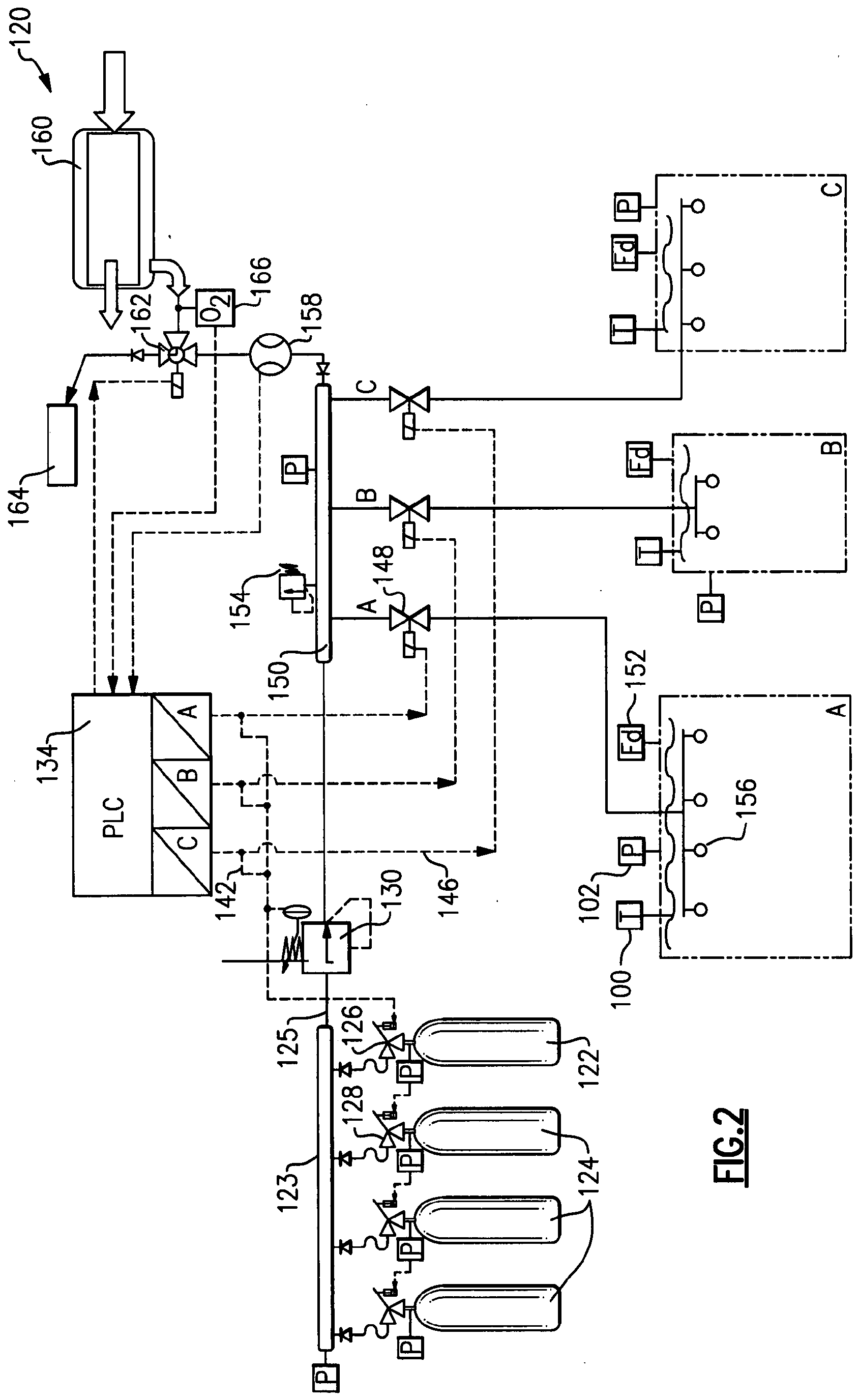