1. A powder painting cabin (10) comprising : a mantle (11) closed above by a roof (12) and below by a base (13); a passage (14) in said mantle (11) through which the items to be painted (15) pass; passages (19) for retractable powder-supplier elements (18); an air suction duct (30) of the cabin (10); a septum (22) movable inside said mantle (11) between a lowered position close to said base (13) and a raised position close to said roof (12), said two lowered and raised positions defining, with the mantle (11), roof (12) and base (13), peripheral passages (26) for the air sucked through the duct (30); characterized in that said septum (22) has a biconical configuration, and that said roof (12) and base (13) have a conical configuration.
2. The cabin according to claim 1, characterized in that interspaced facing surfaces (28, 29) of the base (13) and septum (22) respectively, are divergent, thus creating a venturi effect in the sucked air.
3. The cabin according to claim 2, characterized in that said interspaced facing surfaces (28, 29) are conical.
4. The cabin according to claim 1, characterized in that the upper surface of said septum (22) is equipped with rotating arms (24) carrying compressed air ejection nozzles (25). 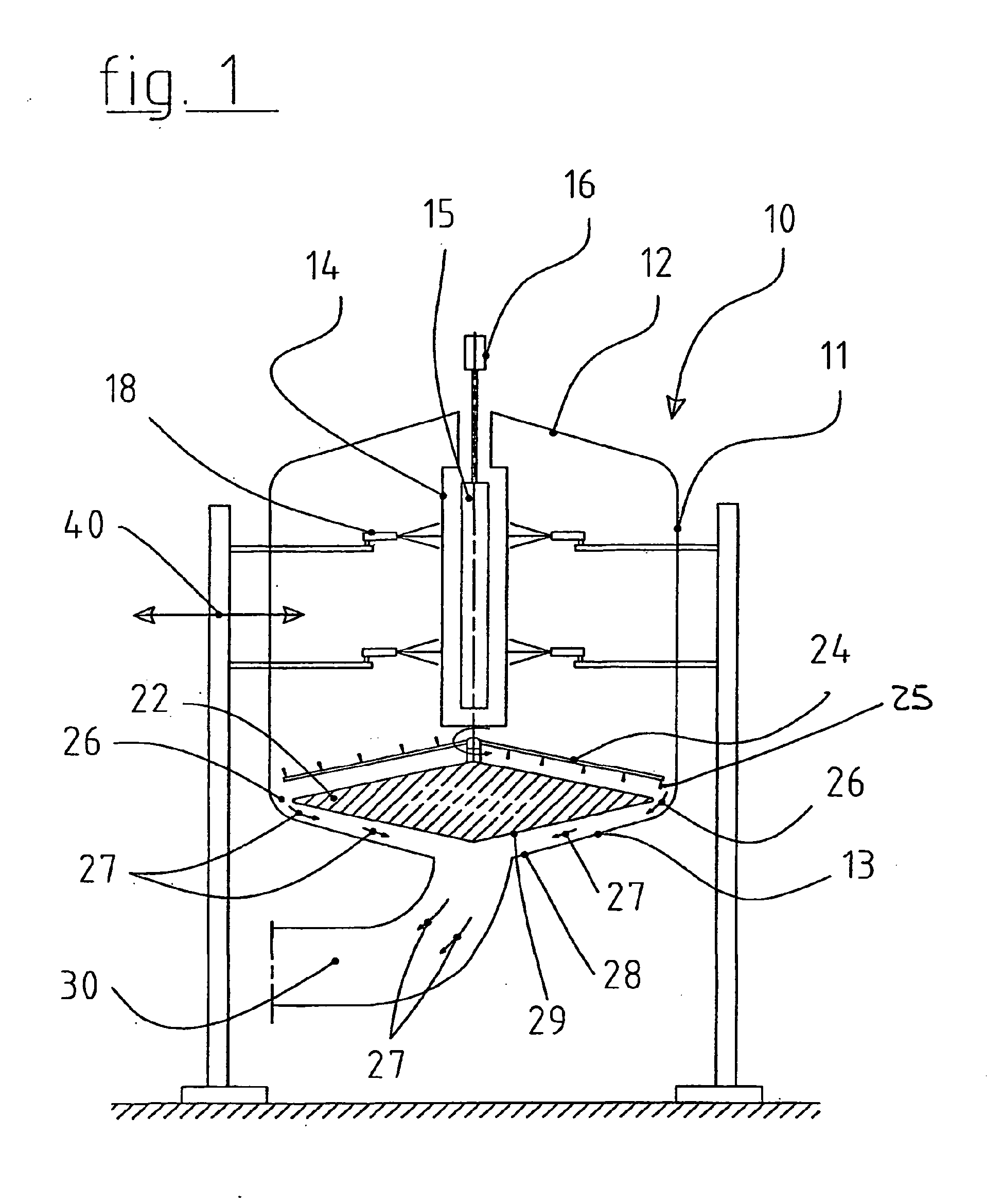 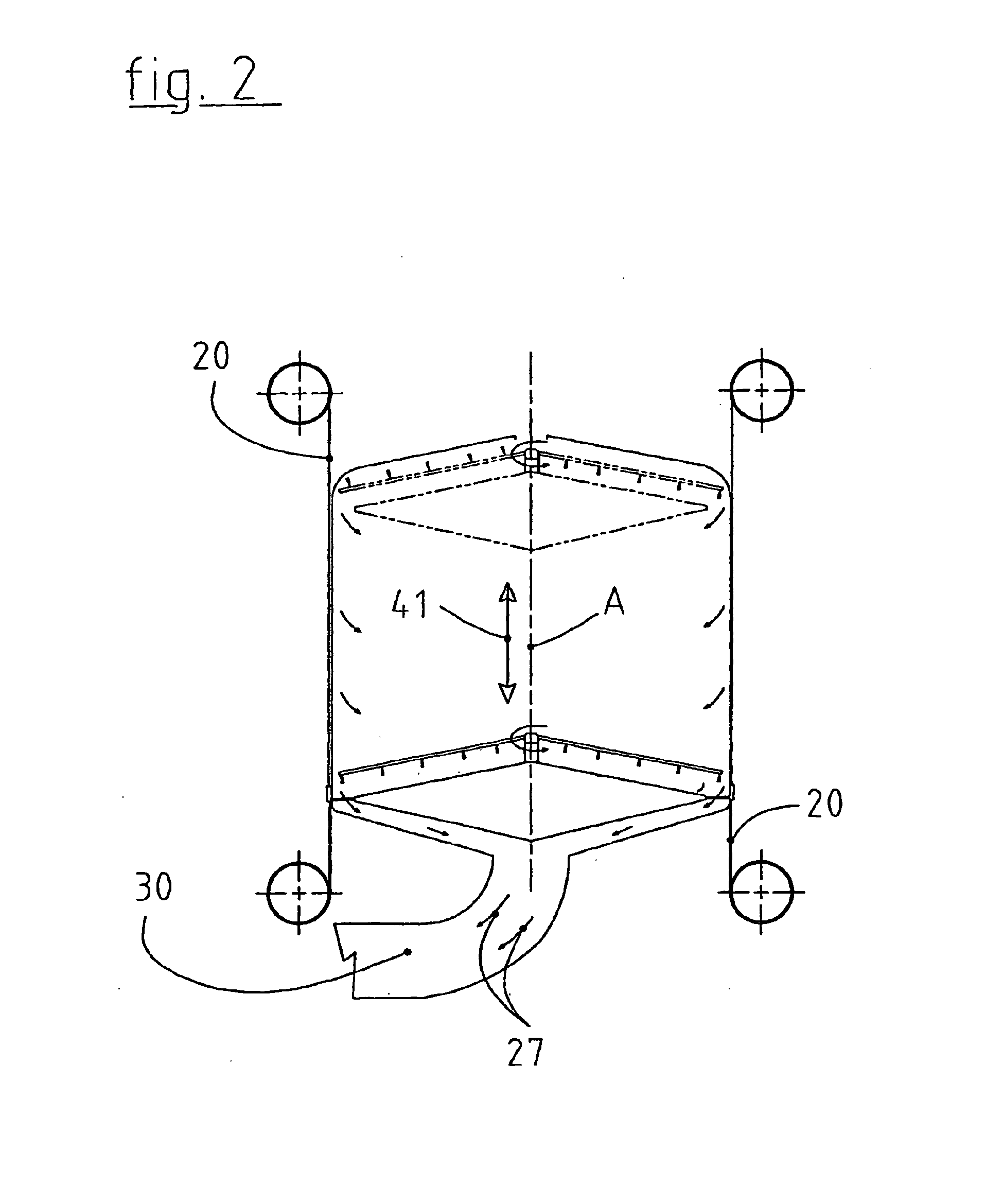 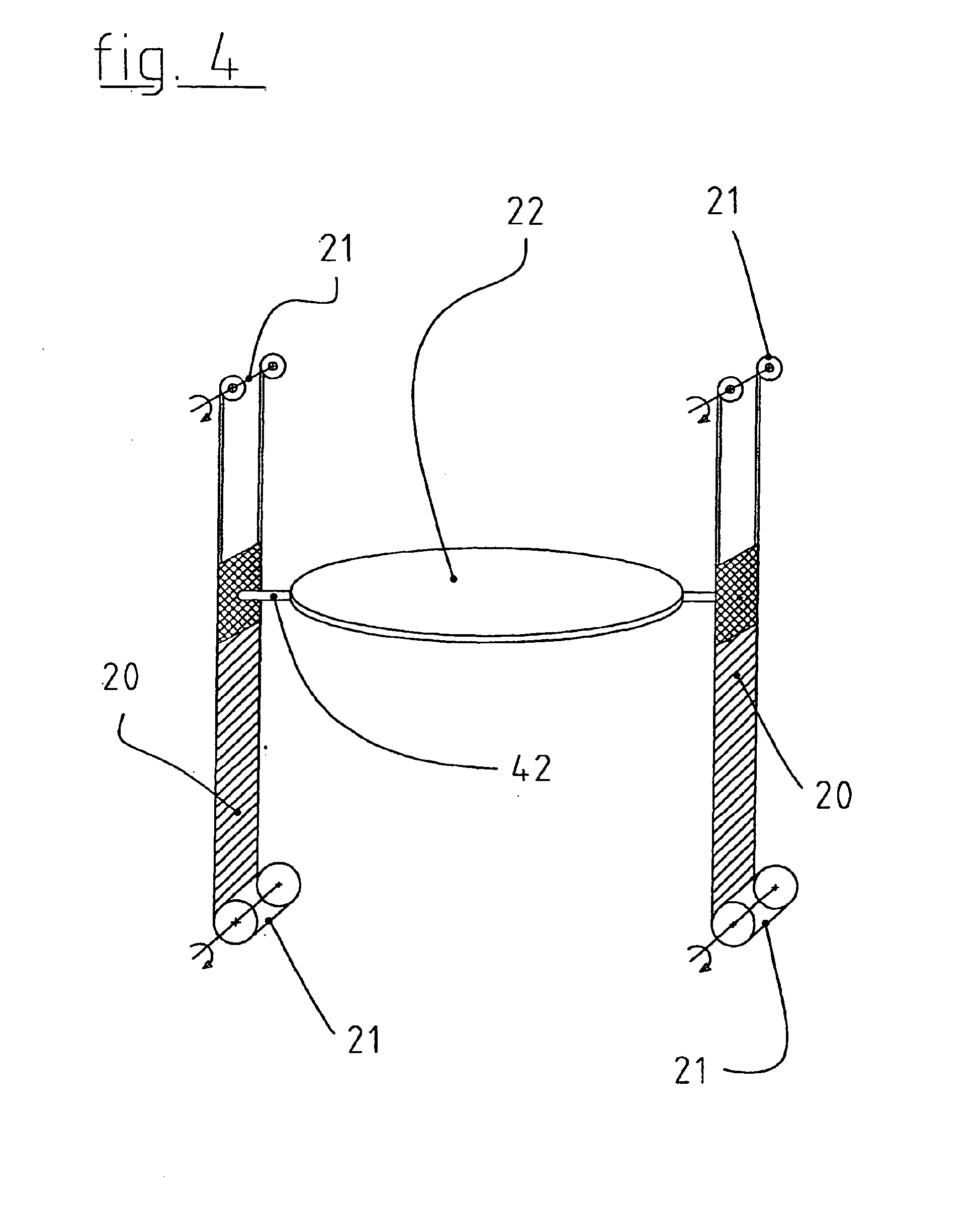