[0001] The invention relates to imaging systems and devices for capturing images.

[0002] An effective rowing stroke is a combination of athleticism, skill and technique. Developing technique takes time and practice. One recognised problem in developing a better technique is the inability of a rower to remotely view their own stroke and identify and observe any inadequacies. This same issue exists for a rowing coach when communicating to the crew subtle observations and the modifications that are required.
[0003] The present invention seeks to at least partly mitigate this problem. The systems and devices of this invention may also be useful in other sports and areas, such as forensics. Relevant prior art can be found e.g. in WO 01/68540 A2, US 7 217 164 B2, WO 2005/072464 A2, WO 2006/067545 A1, US 2007/070204 A1 or US 2005/207487 A1.

[0004] According to one aspect of the present invention there is provided an imaging system comprising one or more imaging devices wherein each device comprises a lens or lenses which together form an array of lens wherein:

the axes of the two lenses are substantially parallel; and

the system is adapted to simultaneously capture and record images from the two lenses.

[0005] According to another aspect of the present invention there is provided an imaging device an array of lenses mounted to the device wherein,

the axes of the two lens are substantially parallel; and

the device is adapted to simultaneously capture images from the two lenses.

[0006] According to a still further aspect of the present invention, there is provided a system for capturing images of a rower's stroke while rowing in a rowing apparatus comprising an imaging device, wherein:

the imaging device is fixed relative to the apparatus; and

[0007] In order that the invention may be more easily understood, embodiments will now be described, by way of example only, with reference to the accompanying drawings, in which:

Description of the Embodiments

a set of at least two lenses (8, 10) mounted onto a single waterproof body (22), including first (8) and second (10) lenses having substantially parallel axes, and the first and second lenses facing respectively the rower and the rower's oar tip in opposing directions so that the field of view of the first lens in the array does not overlap with the field of view of the second lens in the array;

(b) a wireless transmission of time data from a

2. A rowing apparatus according to claim 1, wherein the first and second lenses share the same axis.

5. A rowing apparatus according to any one of the preceding claims wherein the device includes a display screen (12) and/or a graphical user interface.

6. A rowing apparatus according to claim 1 wherein the set of lenses comprises three pairs of co-axially opposed lenses located in a hexagonal array.

7. A rowing apparatus according to claim 1, wherein the image processor and imaging sensor are capable of recording images at frame rates exceeding 100 frames/sec.

8. A rowing apparatus in accordance with any preceding claim further comprising another at least one imaging device that is positioned on the centre line of the apparatus and is synchronised with the imaging devices each of which is mounted at or above the pivot point of a rower's oar or on point simulating the rower's oar.

9. A rowing apparatus in accordance with claim 8, wherein each imaging device is fixed directly or indirectly to an oar's rigger location. 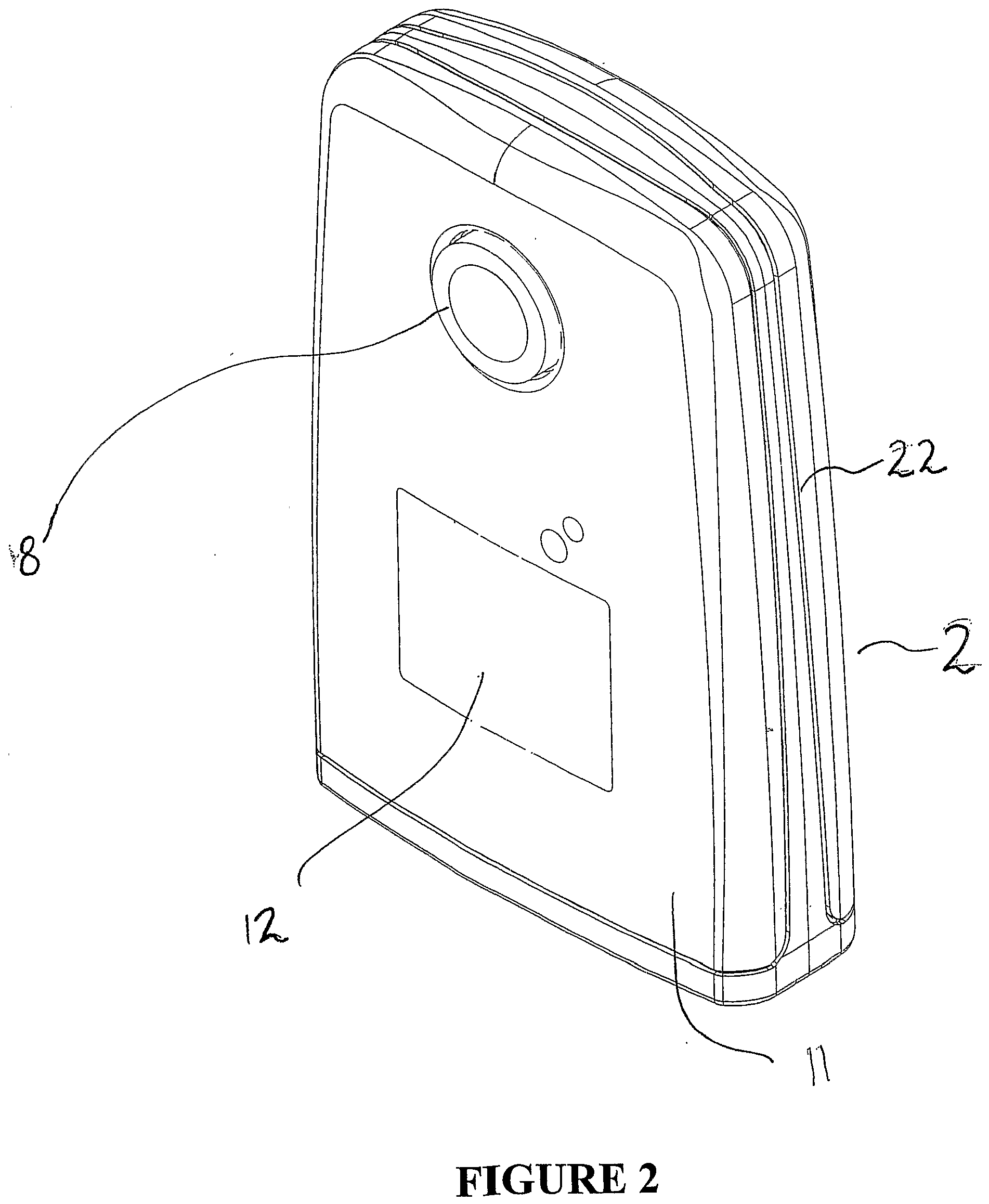 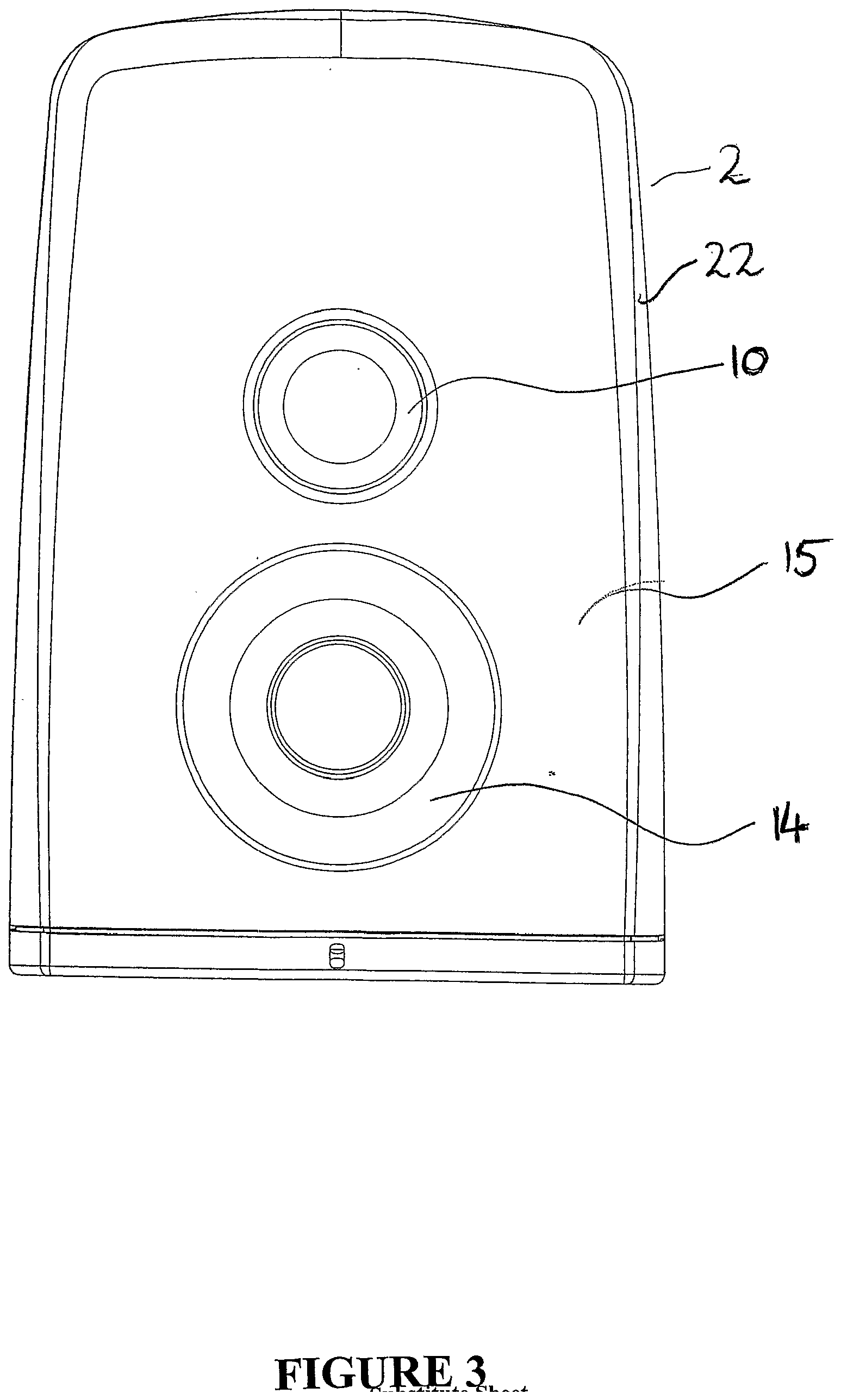 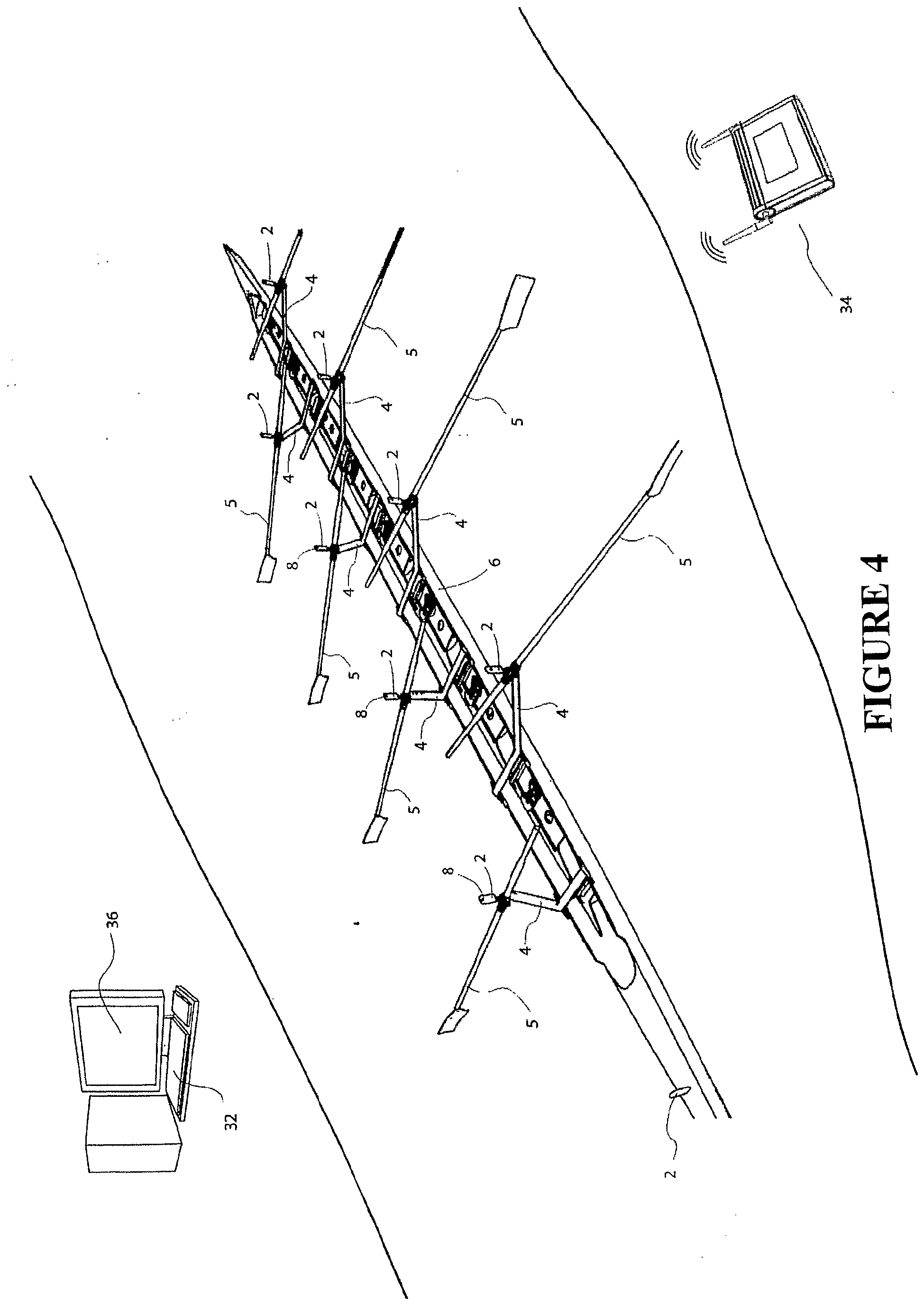 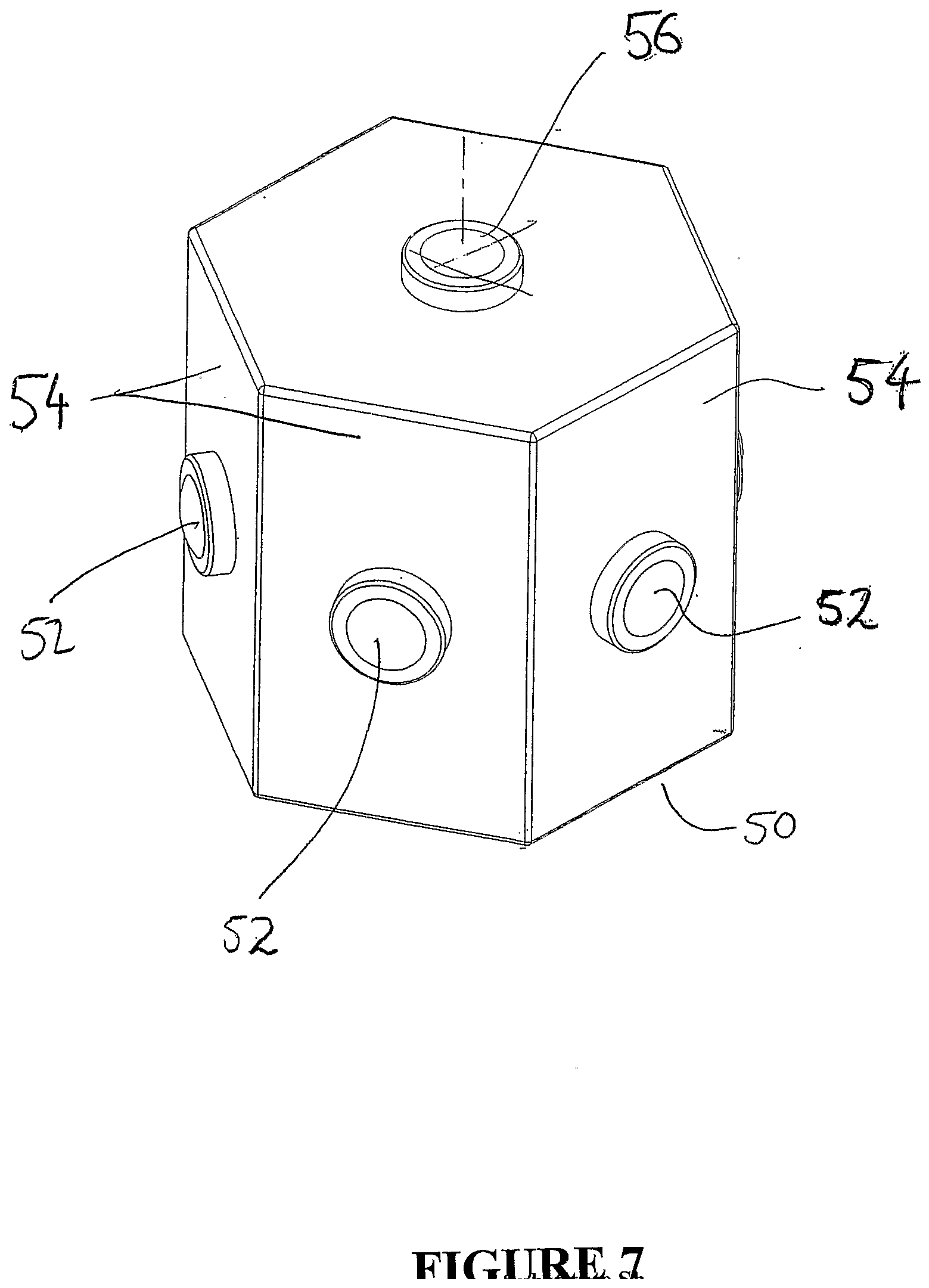 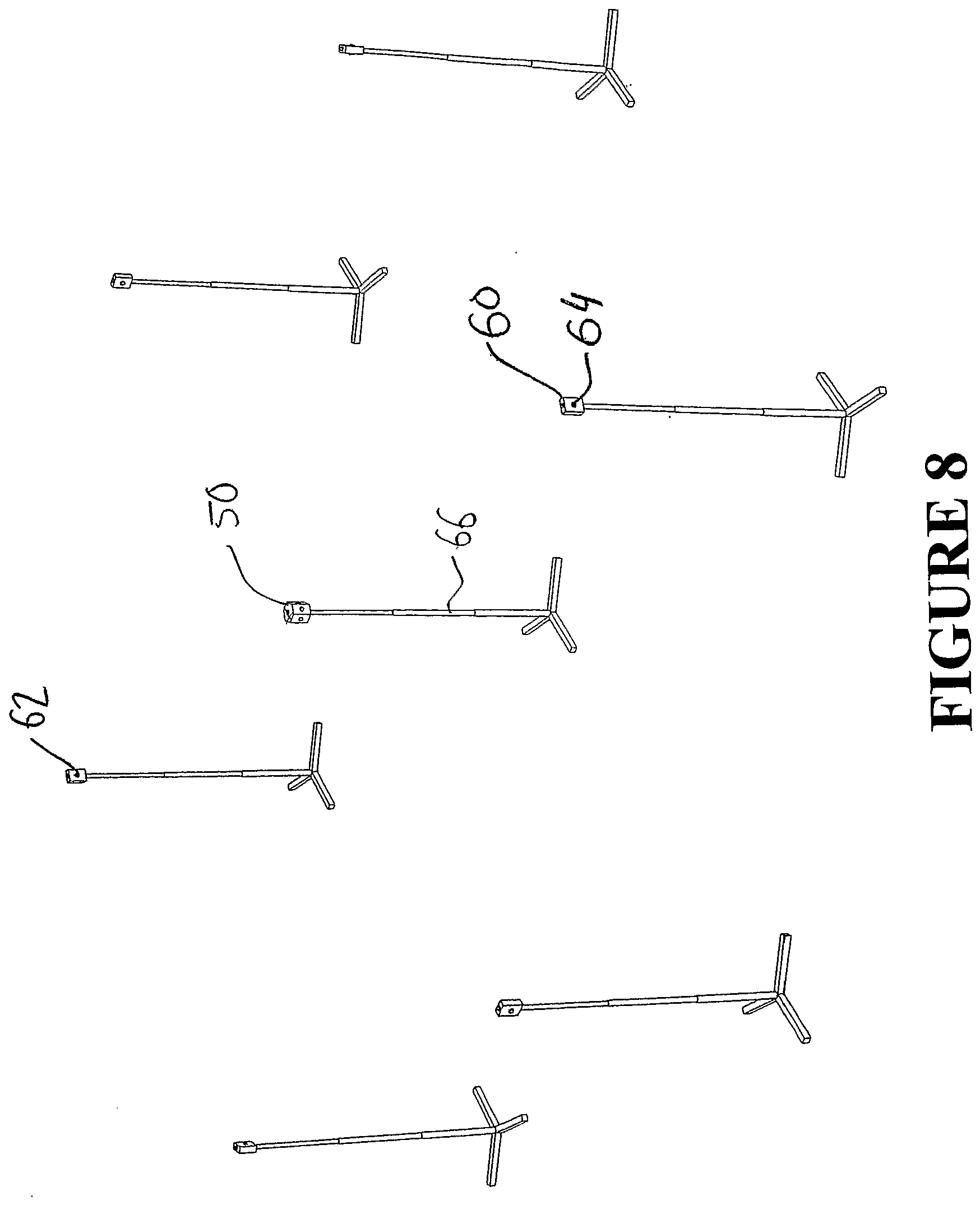 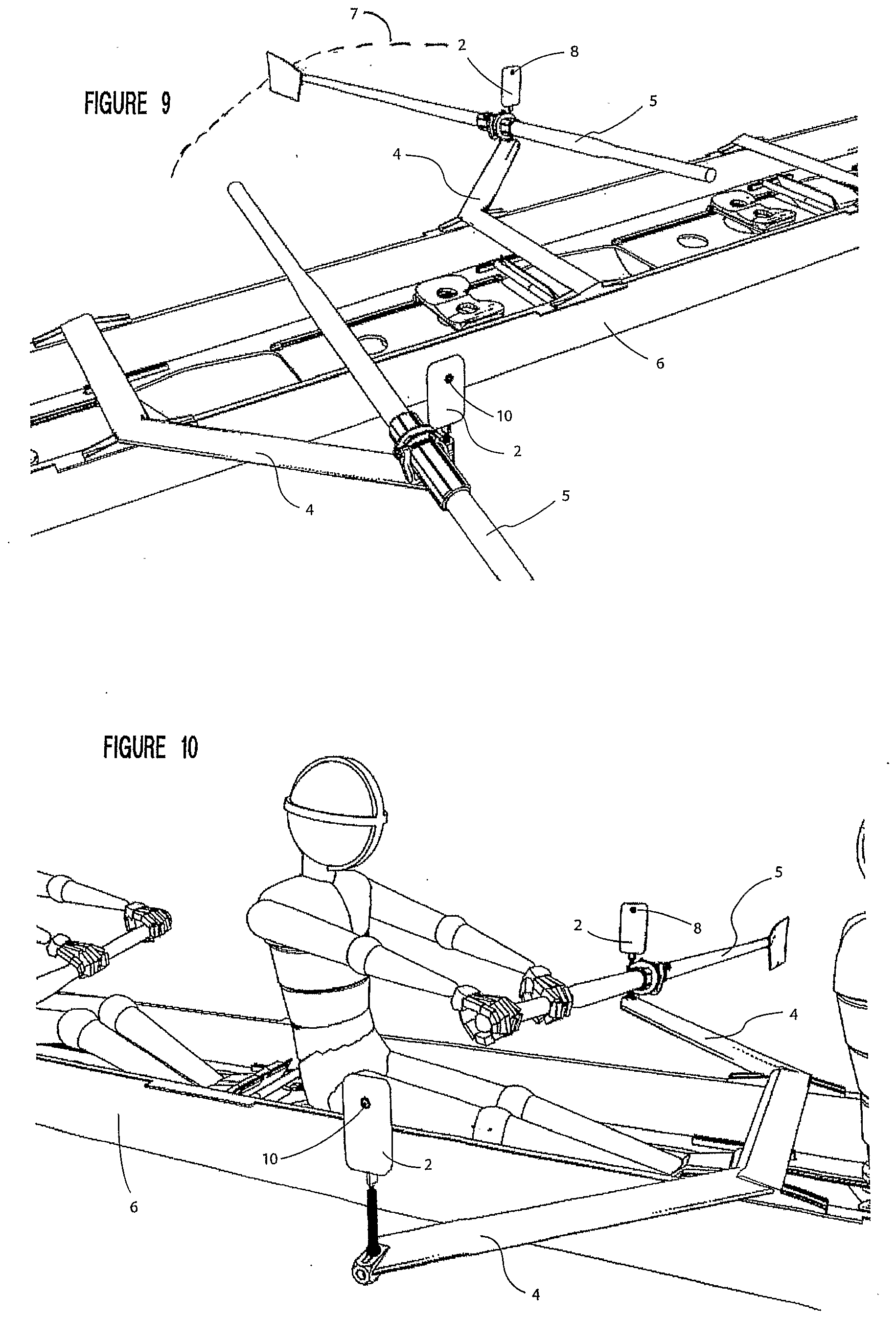 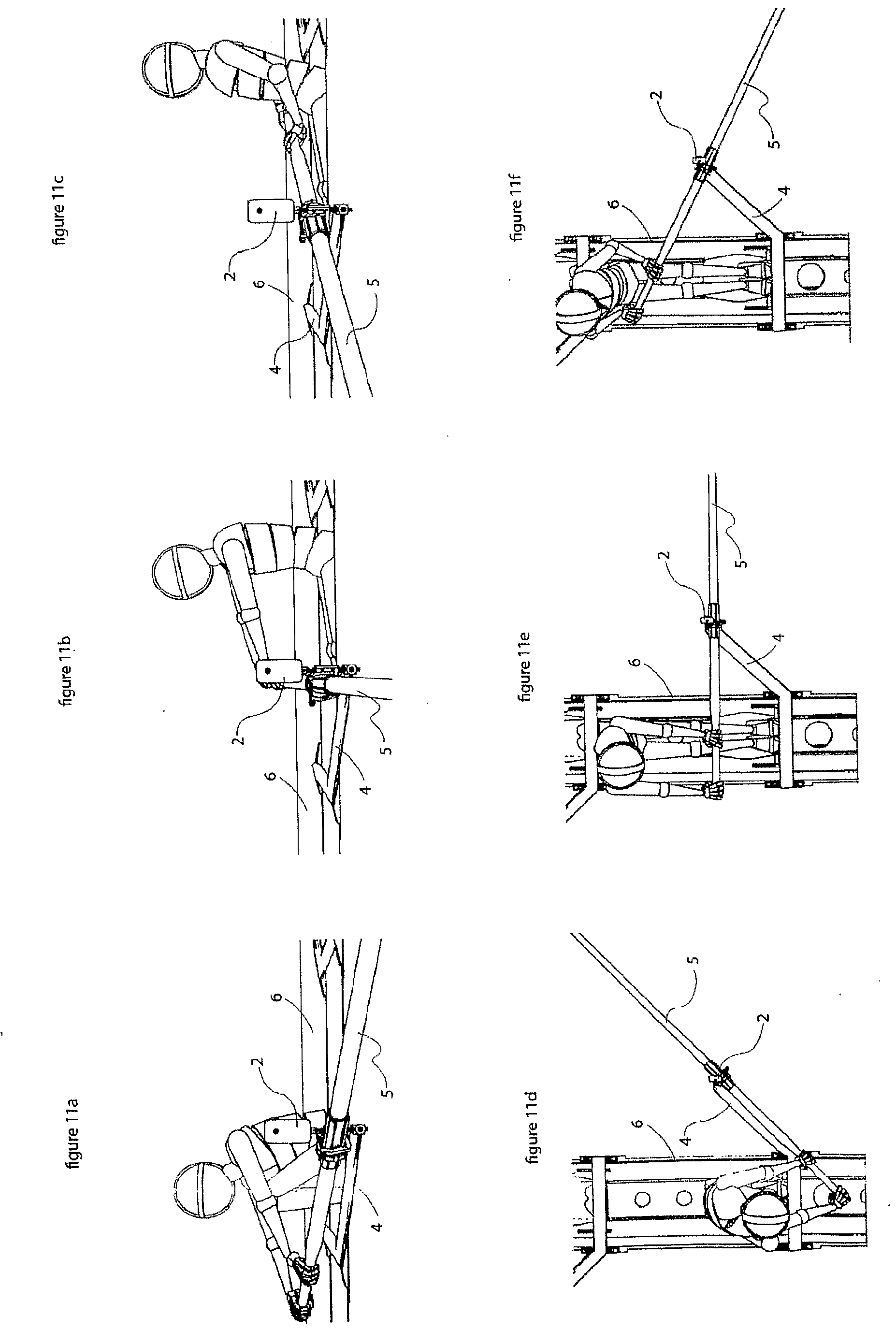 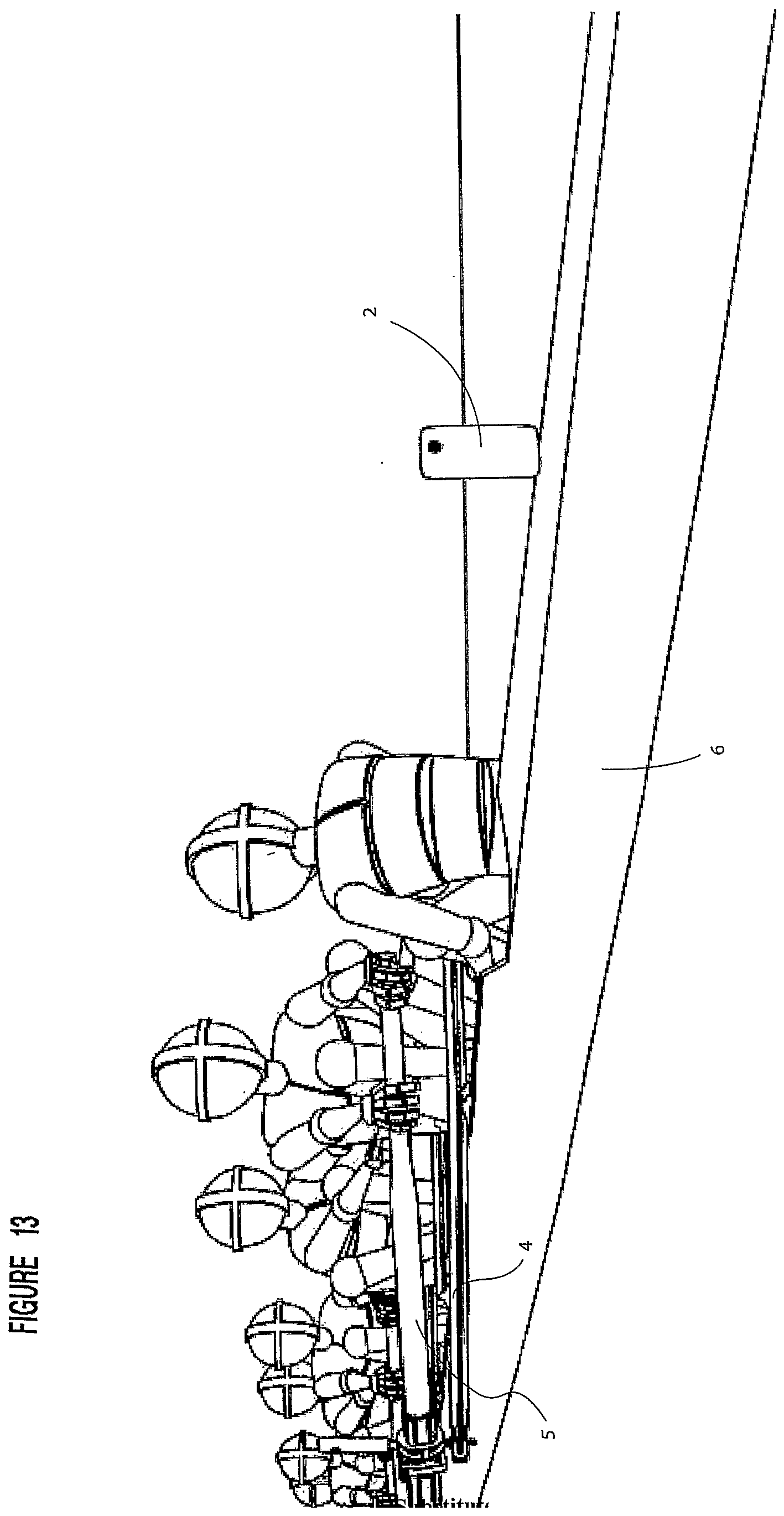