1. A method of using a disposable pin for the production and positioning of parts made of composite material and glued together of an aircraft, said pin being produced by a moulding process and comprising an elongated body (1) and a head integrated in a single body made of a reinforced thermoplastic material in a single molding step, said pin being traversed longitudinally by a through hole along the vertical axis of said pin; said method comprising:

- providing a hole on the parts of the aircraft or of the assembly jig;

- inserting the elongated body (1) of the pin in said hole, so that the head (2) limits the insertion of the pin in the aforesaid hole;

- polymerizing the parts of the aircraft or the assembly jig;

- extracting said pin by cleaning said hole with a drill guided by means of said through hole.

2. Method according to claim 1, wherein the production process is a process of injection moulding.

3. Method according to claim 1, wherein the hole (4) is created during the same process of production of the pin.

4. Method according to claim 1, wherein a tapering (3) is comprised in the bottom part of the elongated body (1).

5. Method according to claim 1, wherein the elongated body is cylindrical.

6. Method according to claim 1, which as a result of the material of which it is made and of the through hole that adjusts the co-operating section thereof, it collapses transversely in the presence of shearing loads, thus safeguarding the structural integrity of the equipment and of the aircraft structure. 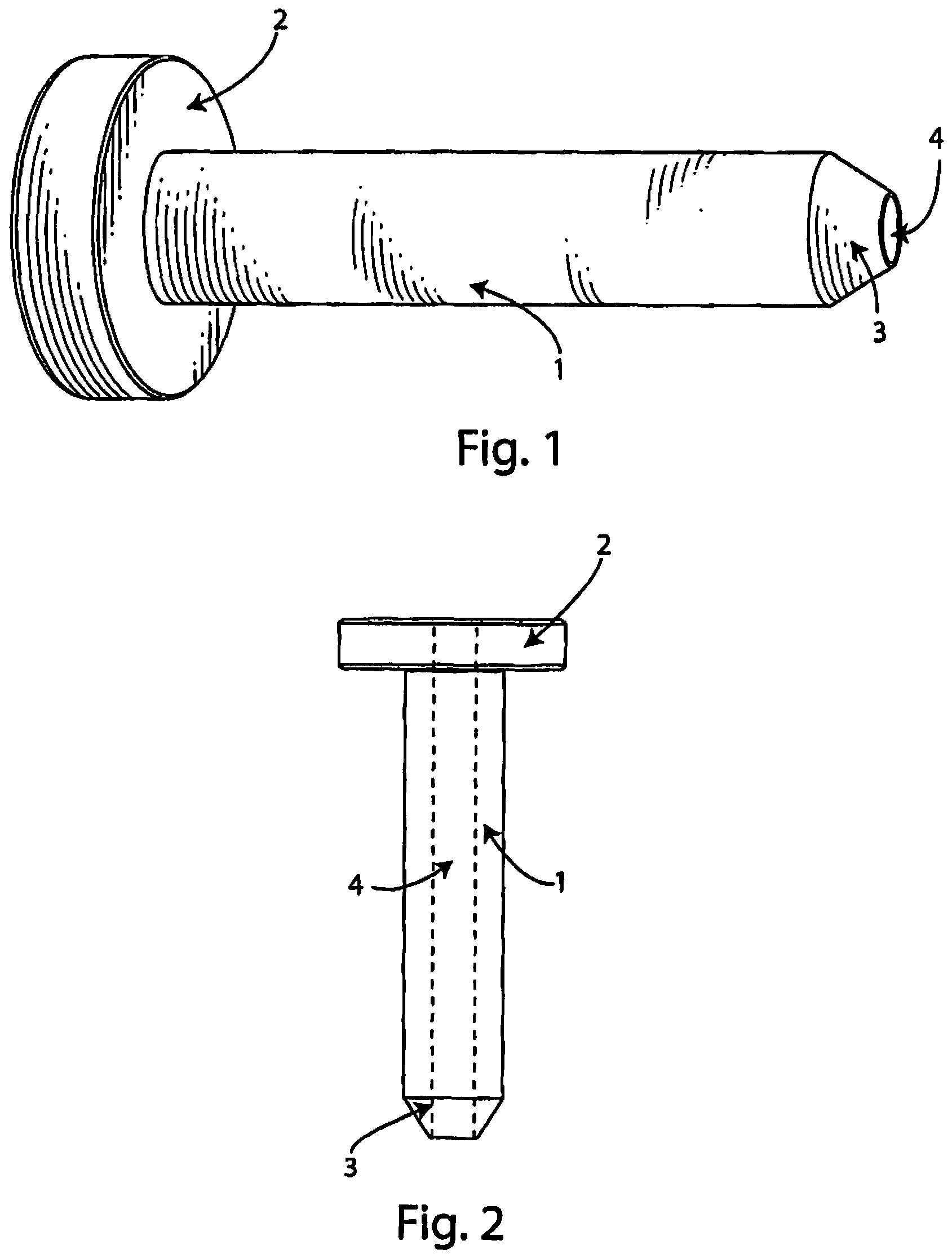