[0001] The present invention generally relates to data traffic load balancing in a distributed network system. More in particular, it relates to a method and device for performing such load balancing.

Alms of the invention

[0015] The present invention aims to provide a method and device that can be applied when using load balancing in a configuration comprising nodes of different capacity and wherein the limitations of the prior art solutions are overcome.

For every new request to be transmitted the sender generates a random number between 0 and (load indic. Server-1 + load indic. Server 2 etc.).
The random value is used as index to access the dynamic array. The destination for the request is stored in the array element.
When the received load indication for a server x is high, then a relatively high number of array entries will have the address of the server x. When the received load indication for a server y is low, consequently a low number of array entries will have the address of that server y. The probability that the random number points to server x is higher.
[0048] An example case relates to a 3GPP Rf traffic (Diameter) load shared over a farm of nodes with different collection capacity. Feedback of available capacity ensures optimal load sharing.
[0049] To illustrate the performance gain achieved by the solution proposed in the present invention the following comparison with the performance of a round robin algorithm as in the prior art is given.
[0050] Fig.6 shows a performance curve obtained by applying a round robin selection with a cut-off threshold of 80% of the available server capacity is used. A 'not-OK' message is sent from the moment this threshold level is reached. Traffic is resumed when the level has dropped to 60%. These values are typically set per configuration to "tune" the stability in overload conditions. They define a kind of hysteresis curve which is followed in order to avoid a situation wherein the server status is oscillating between the on and off state. The figure shows the number of requests per second as a function of time for a configuration with four servers with a different capacity of as well as the accumulated throughput. Overhead traffic is observed (especially on the lower capacity nodes). A high fluctuation on the accumulated throughput (total bandwidth) is to be noted. The maximum level (in this case equal to 80% of the sum of the individual server node capacities) cannot be reached.
[0051] Fig.7 illustrates the performance obtained when using the capacity feedback solution according to the present invention. Again the number of requests per second as a function of time is shown for the same configuration of server nodes as in Fig.6. as well as the accumulated and the optimal throughput. As opposed to Fig.6, no overhead traffic is observed anymore. The oscillating behaviour has disappeared. After a transient time the accumulated capacity corresponds to the optimal level.
[0052] Although the present invention has been illustrated by reference to specific embodiments, it will be apparent to those skilled in the art that the invention is not limited to the details of the foregoing illustrative embodiments, and that the present invention may be embodied with various changes and modifications without departing from the scope thereof. The present embodiments are therefore to be considered in all respects as illustrative and not restrictive, the scope of the invention being indicated by the appended claims rather than by the foregoing description, and all changes which come within the meaning and range of equivalency of the claims are therefore intended to be embraced therein. In other words, it is contemplated to cover any and all modifications, variations or equivalents that fall within the spirit and scope of the basic underlying principles and whose essential attributes are claimed in this patent application. It will furthermore be understood by the reader of this patent application that the words "comprising" or "comprise" do not exclude other elements or steps, that the words "a" or "an" do not exclude a plurality, and that a single element, such as a computer system, a processor, or another integrated unit may fulfil the functions of several means recited in the claims. Any reference signs in the claims shall not be construed as limiting the respective claims concerned. The terms "first", "second", third", "a", "b", "c", and the like, when used in the description or in the claims are introduced to distinguish between similar elements or steps and are not necessarily describing a sequential or chronological order. Similarly, the terms "top", "bottom", "over", "under", and the like are introduced for descriptive purposes and not necessarily to denote relative positions. It is to be understood that the terms so used are interchangeable under appropriate circumstances and embodiments of the invention are capable of operating according to the present invention in other sequences, or in orientations different from the one(s) described or illustrated above.

- said client source node sending a request for data transmission over said network to said at least two server destination nodes according to a client-server protocol,

- each of said at least two server destination nodes transmitting, in response to said request, an indication on the status of its actual capacity,

2. Method for determining a traffic load distribution as in claim 1, wherein said indication on the status of the actual capacity represents the amount of used capacity or the amount of free capacity.

3. Method for determining a traffic load distribution as in claim 1 or 2, wherein the status of the actual capacity is determined taking into account at least memory and/or processing time.

4. Method for determining a traffic load distribution as in any of claims 1 to 3, whereby said network further comprises a proxy node for establishing connection between said client source node and said server destination node.

- reception means for receiving from said at least two server destination nodes an indication of the status of its actual capacity.

- processing means for determining a load distribution over said destination nodes based on the received status indications,

7. Interface device as in any of claims 5 or 6, further comprising storage means for storing said received status indications.

8. Interface device as in any of claims 5 to 7, arranged for operating according to the RADIUS or Diameter protocol.

9. Client source node for use in a network in an IP Multimedia Subsystem, IMS, comprising an interface device as in any of claims 5 to 8. 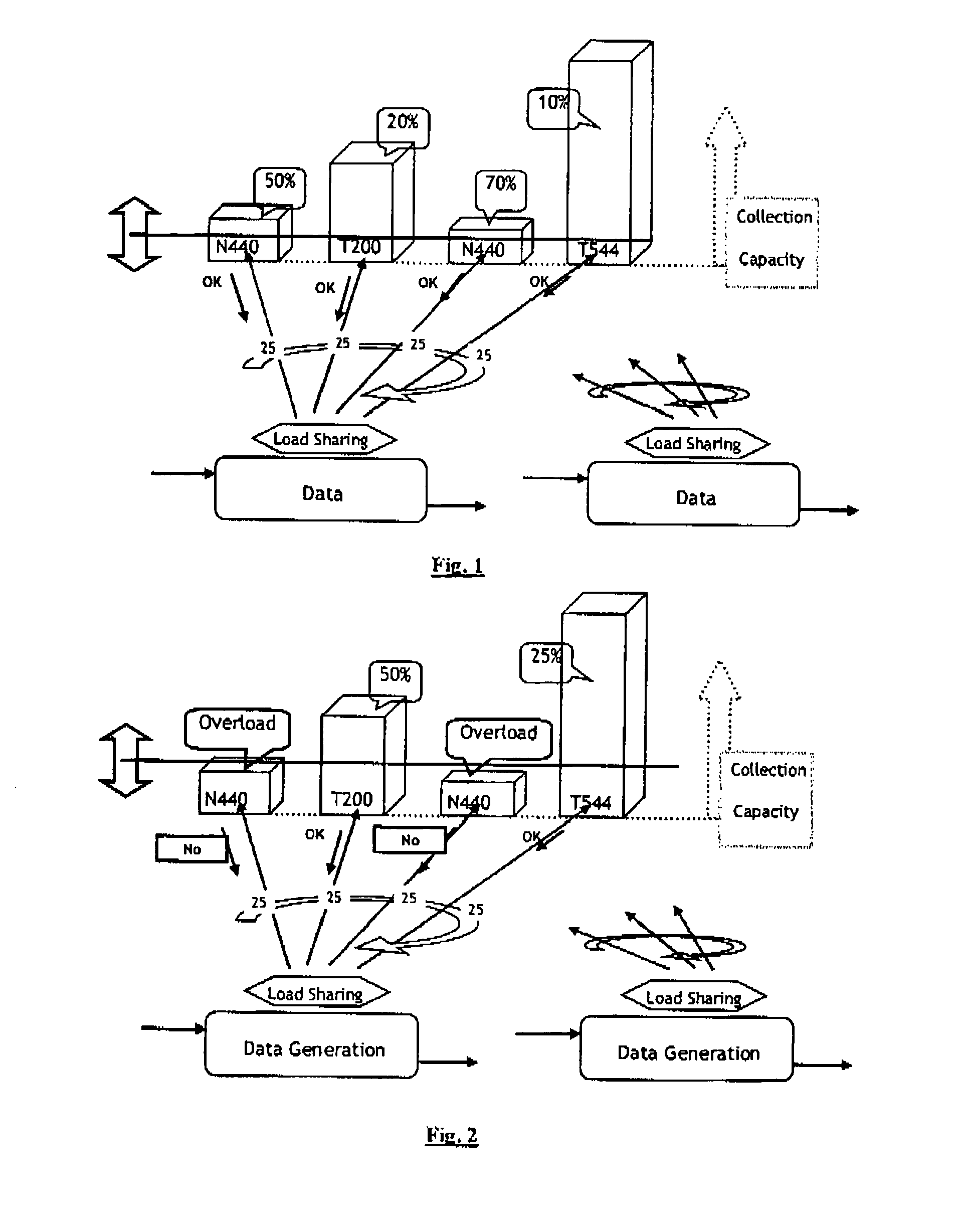 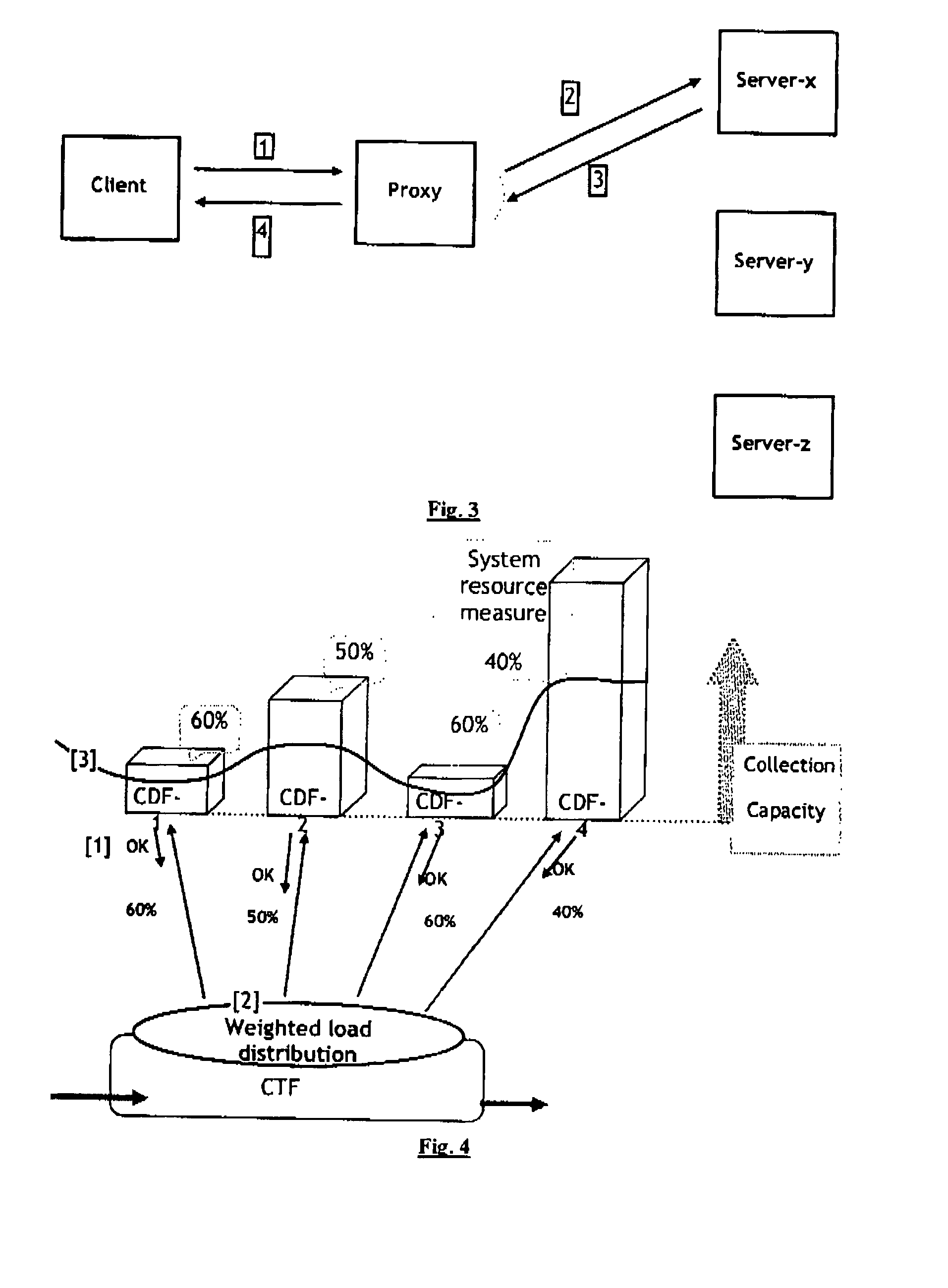 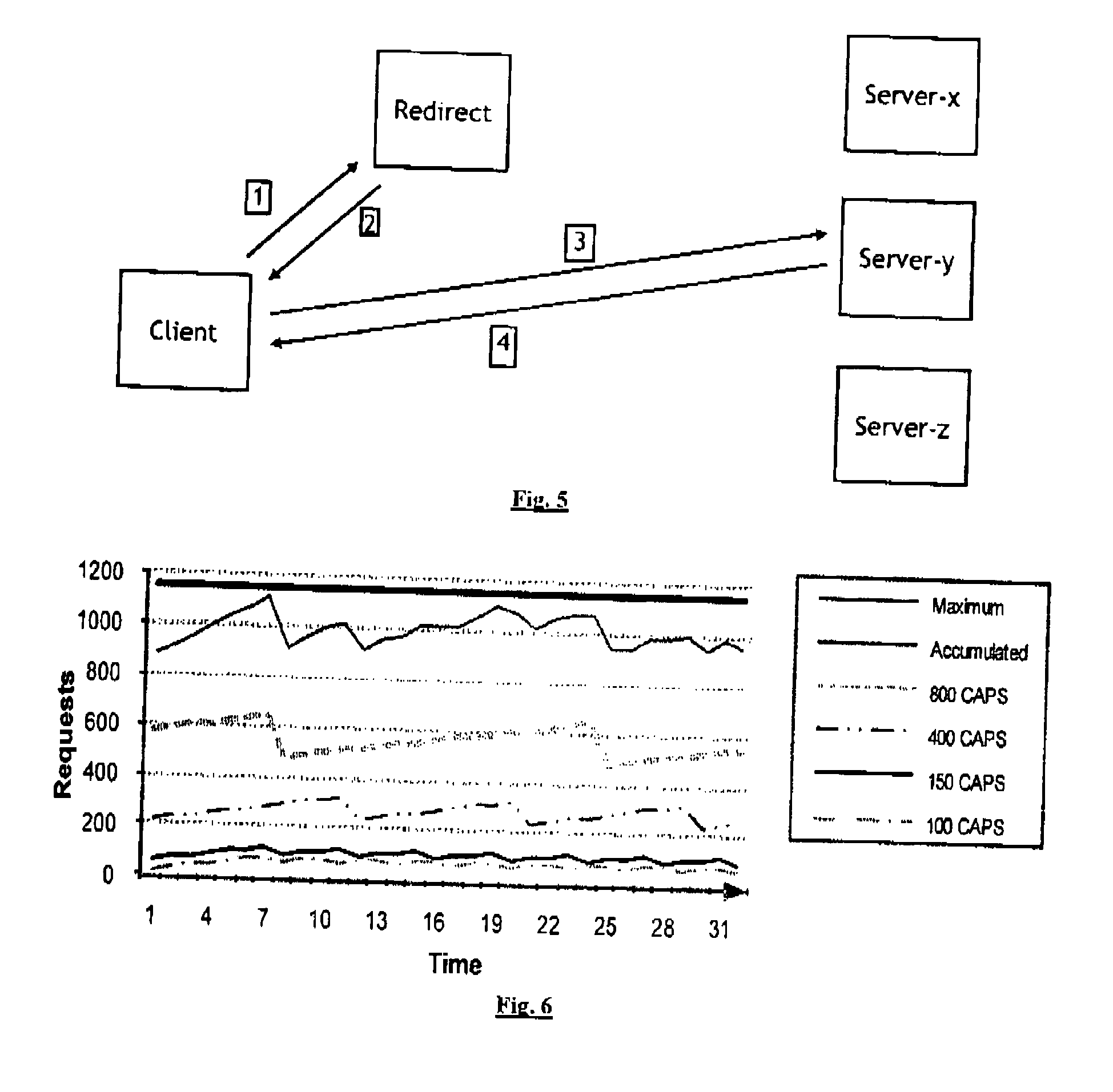 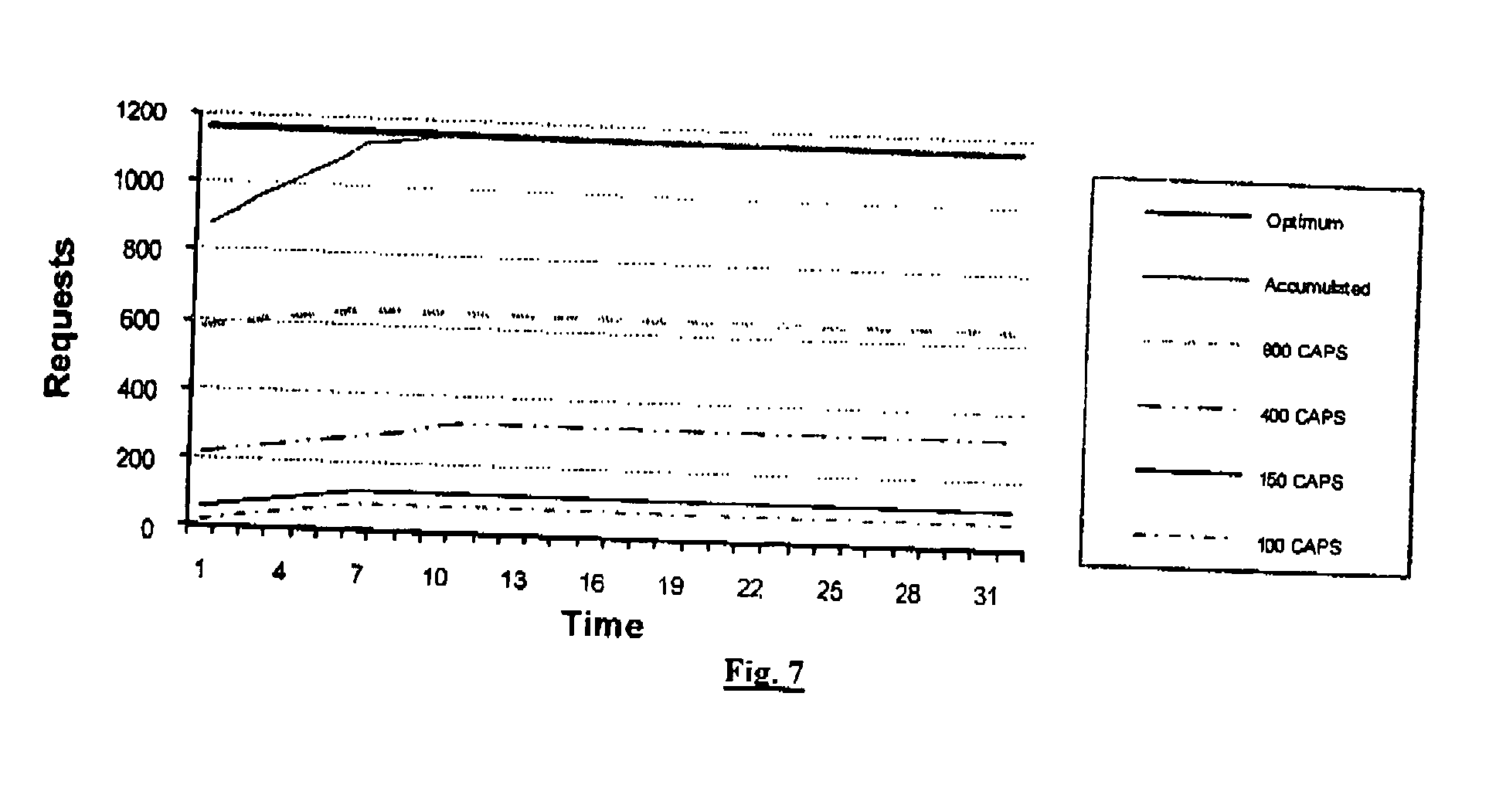 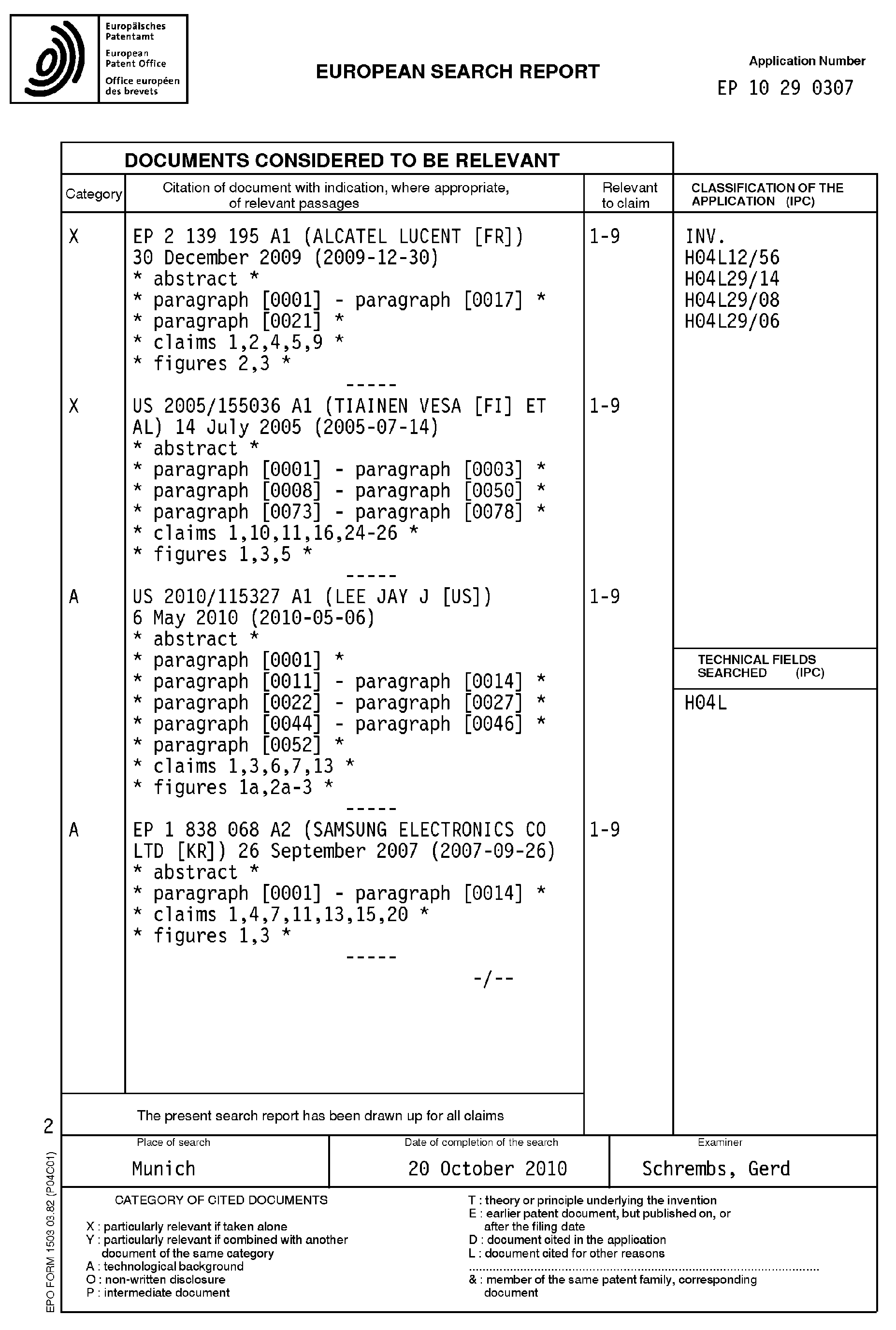 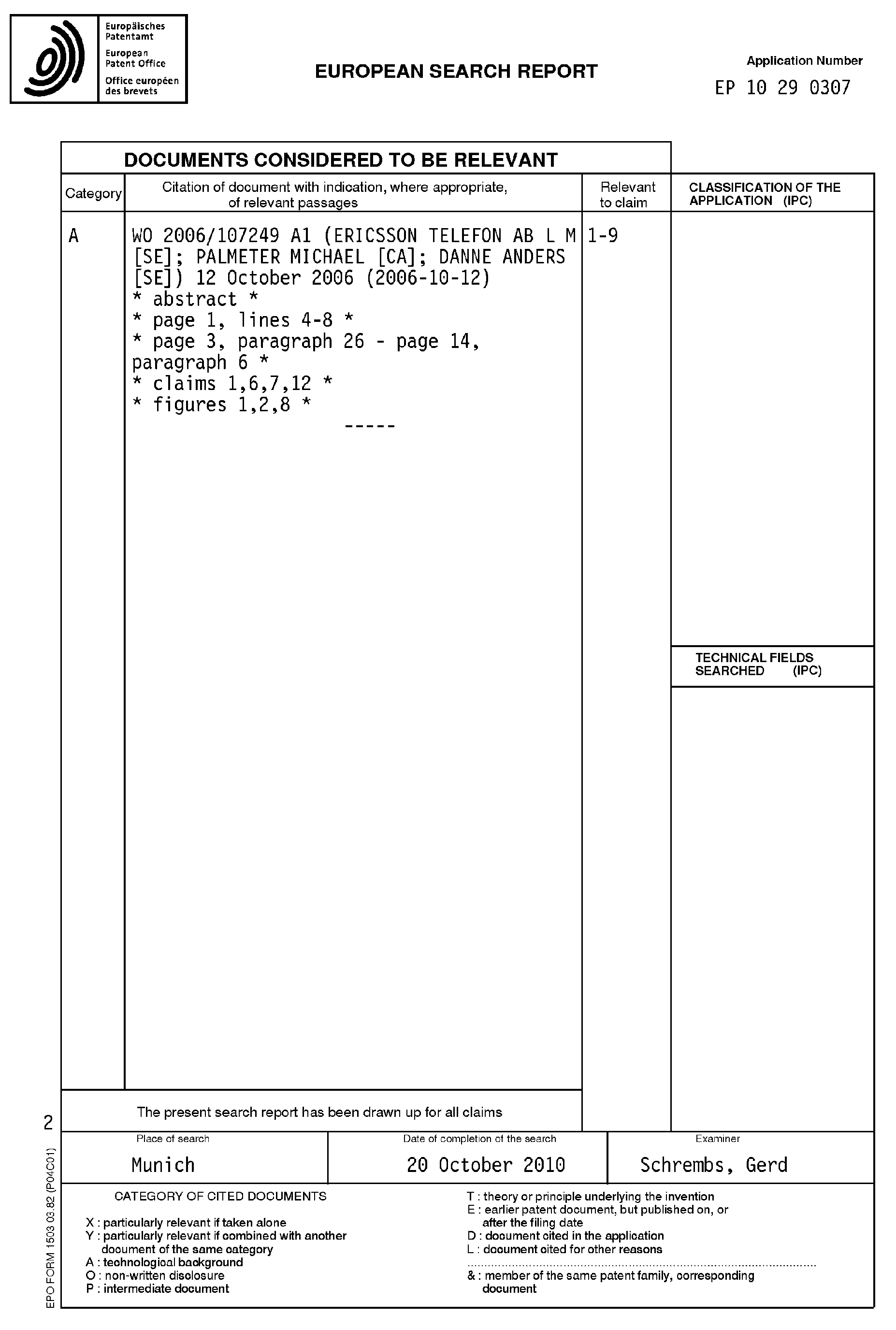 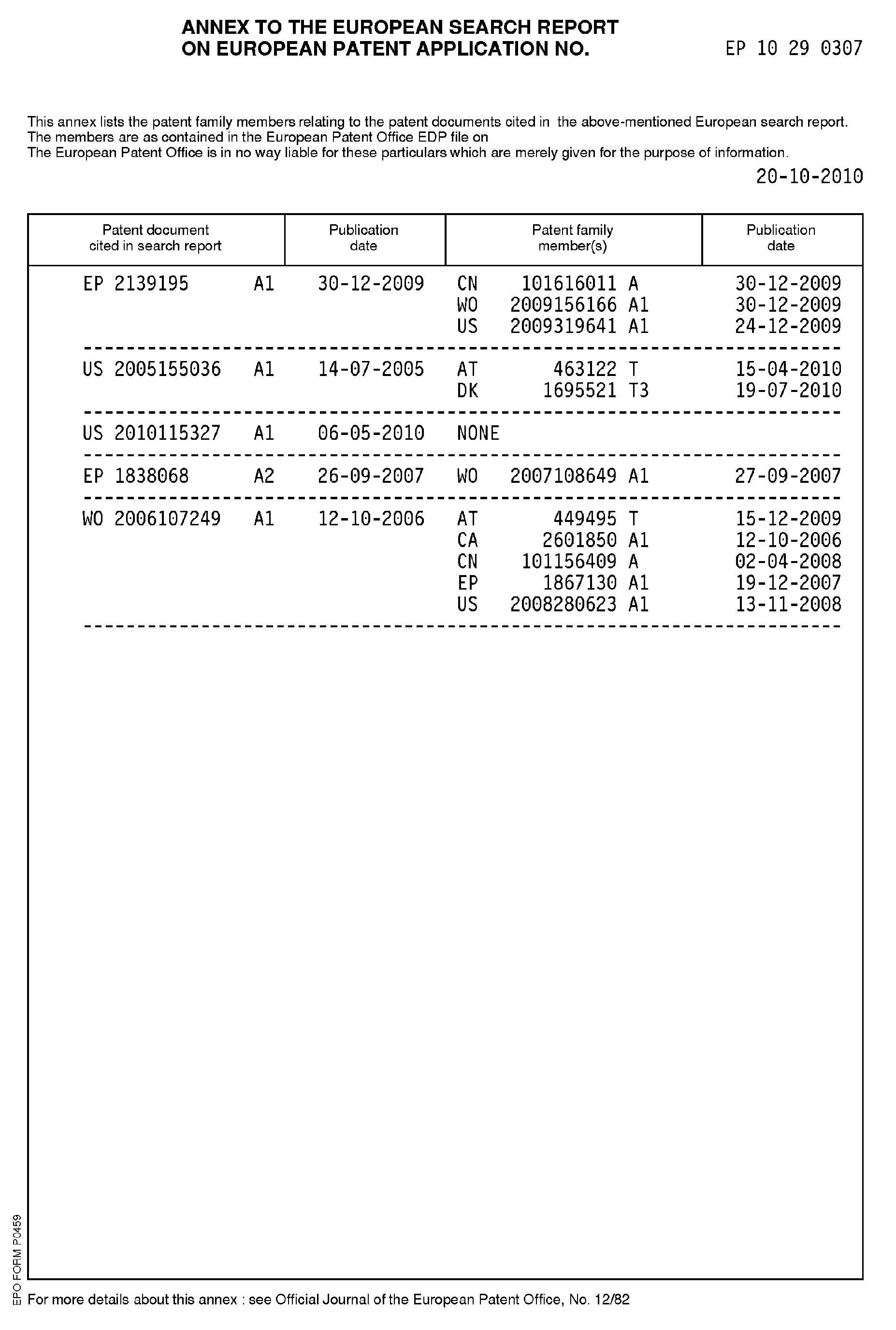