Fig. 1 is a schematic sectional view of an exemplary stereolithography apparatus in which the illumination system according to the present invention may be used;

Figure 3 illustrates a projector embodiment including a mask structure;

Figure 5 shows a total image profile diagram; Figure 6 - Figure 9 schematically illustrate certain embodiments of an illumination system according to the present invention; and

Figure 10 shows another embodiment of a stereolithography apparatus.

[0018] In the drawings, identical reference numbers identify similar elements. The sizes, shapes, relative positions and angles of elements in the drawings are not necessarily drawn to scale, and some of these elements may be arbitrarily enlarged and positioned to improve drawing legibility. Further, the particular shapes of the elements as drawn are not intended to convey any information regarding the actual shape of the particular elements, and may have been solely selected for ease of recognition in the drawings.

1. An illumination system (30) for use in a stereolithography apparatus (1), comprising:

- a multilens projector array (40) arranged relative to the array (32), and adapted to project a focussed image of the LEDs onto a work area (16); 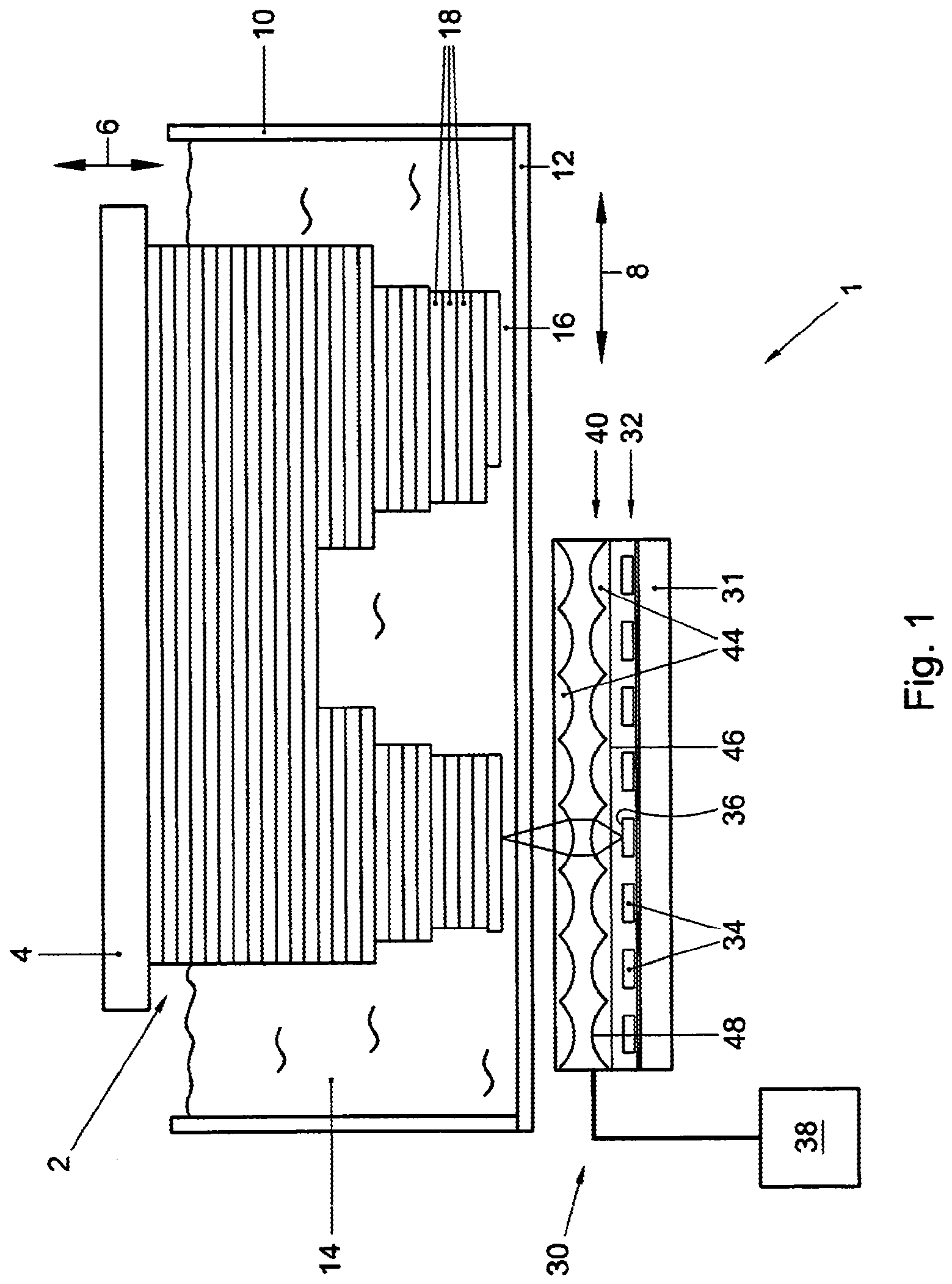 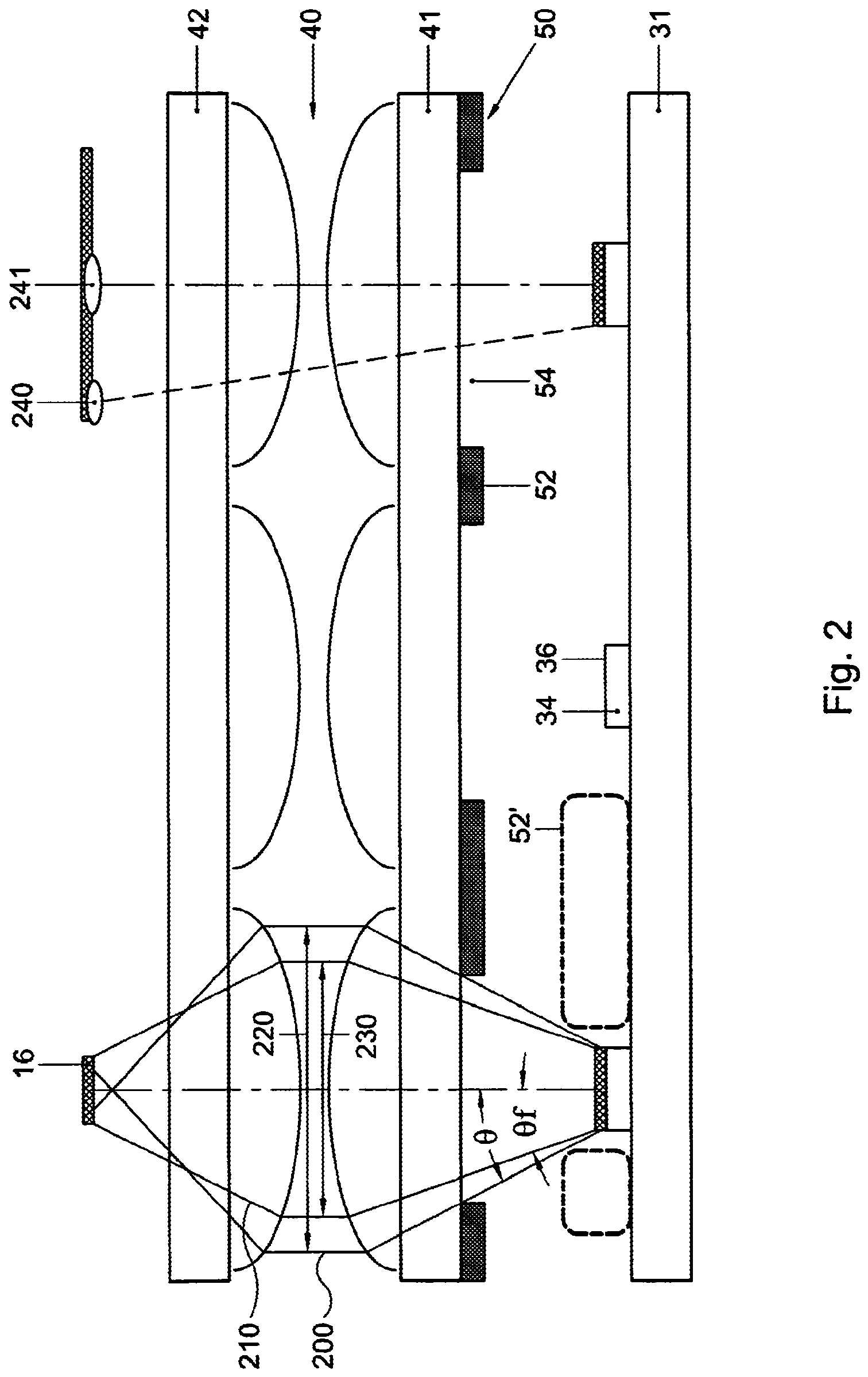 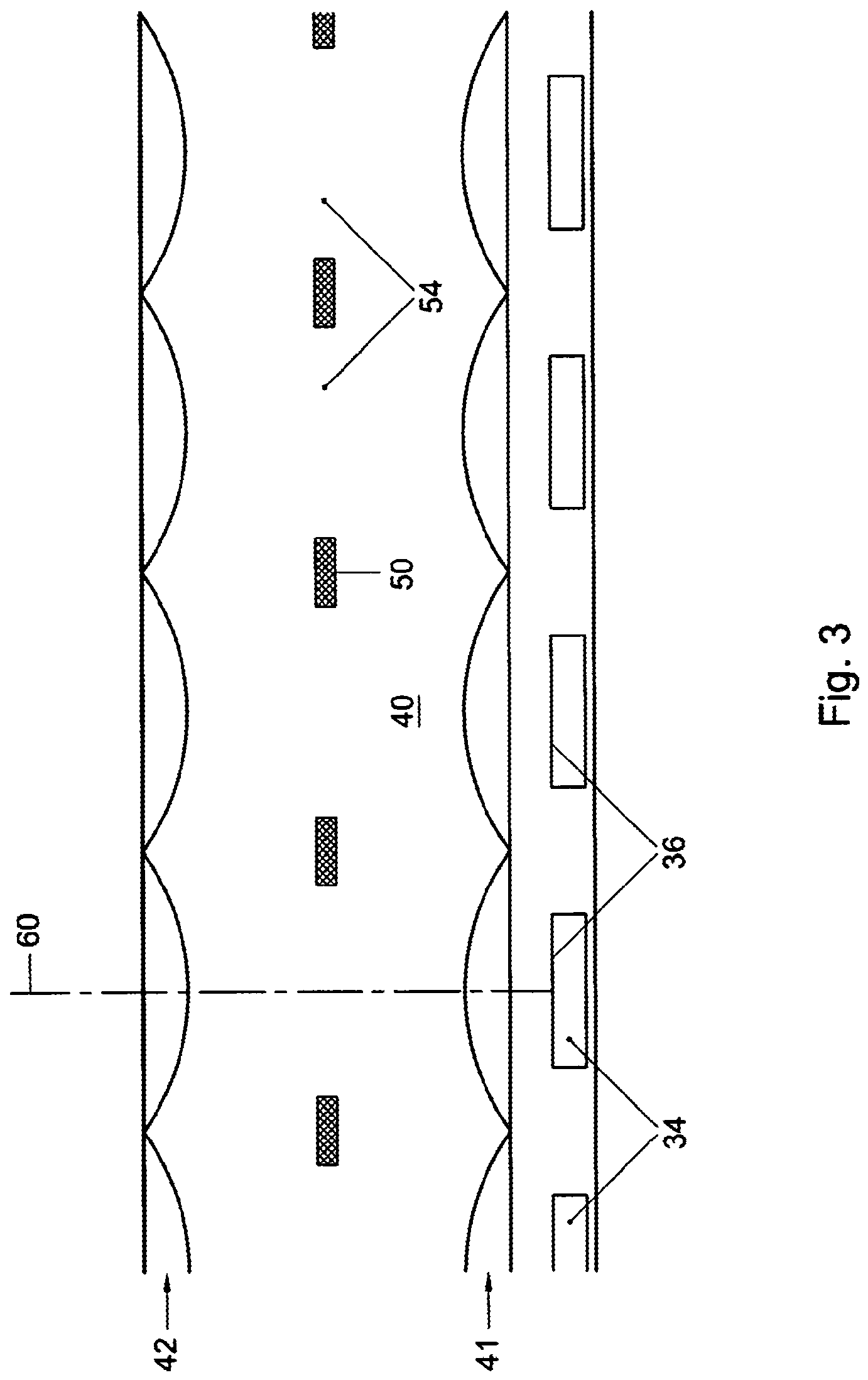 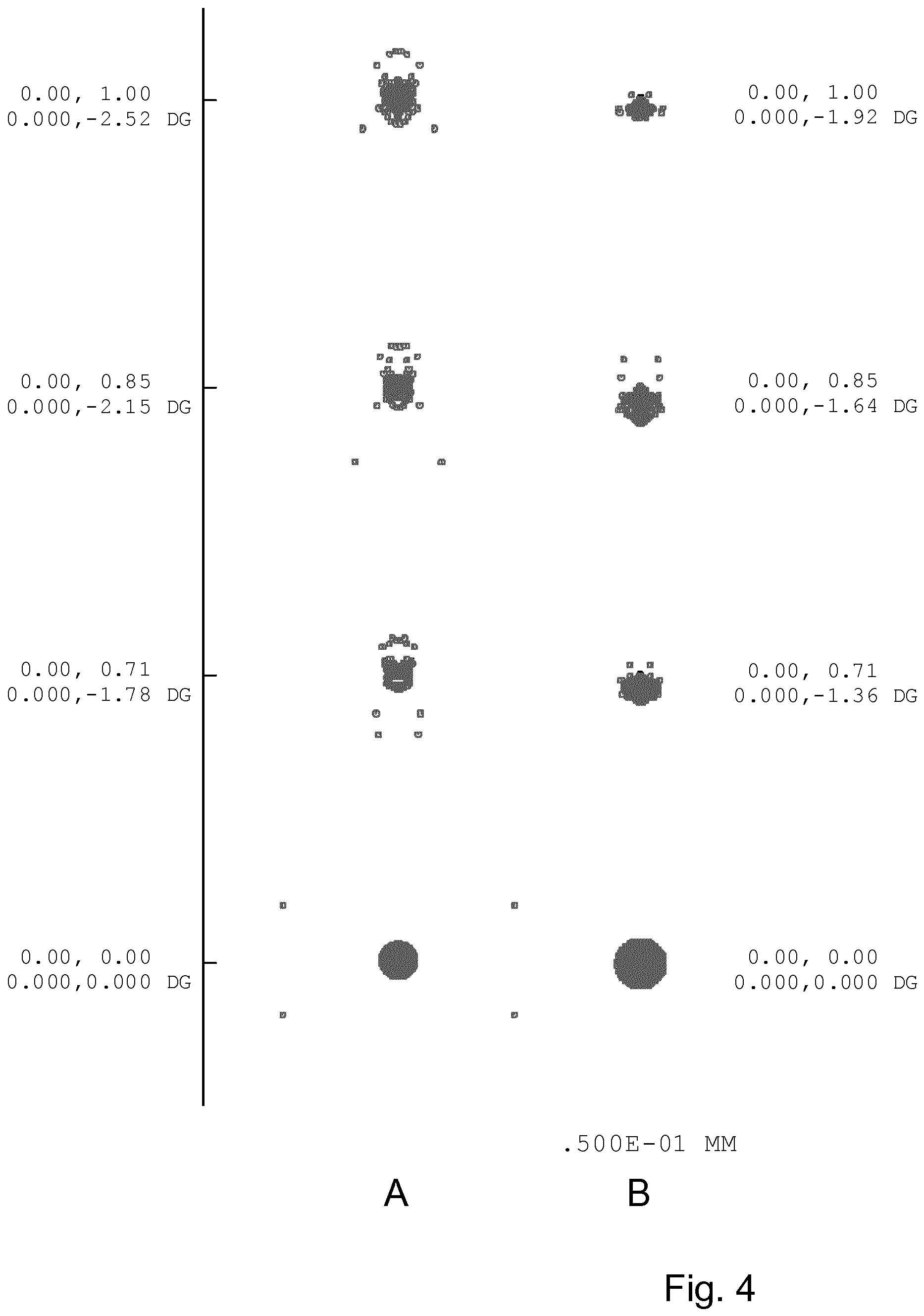 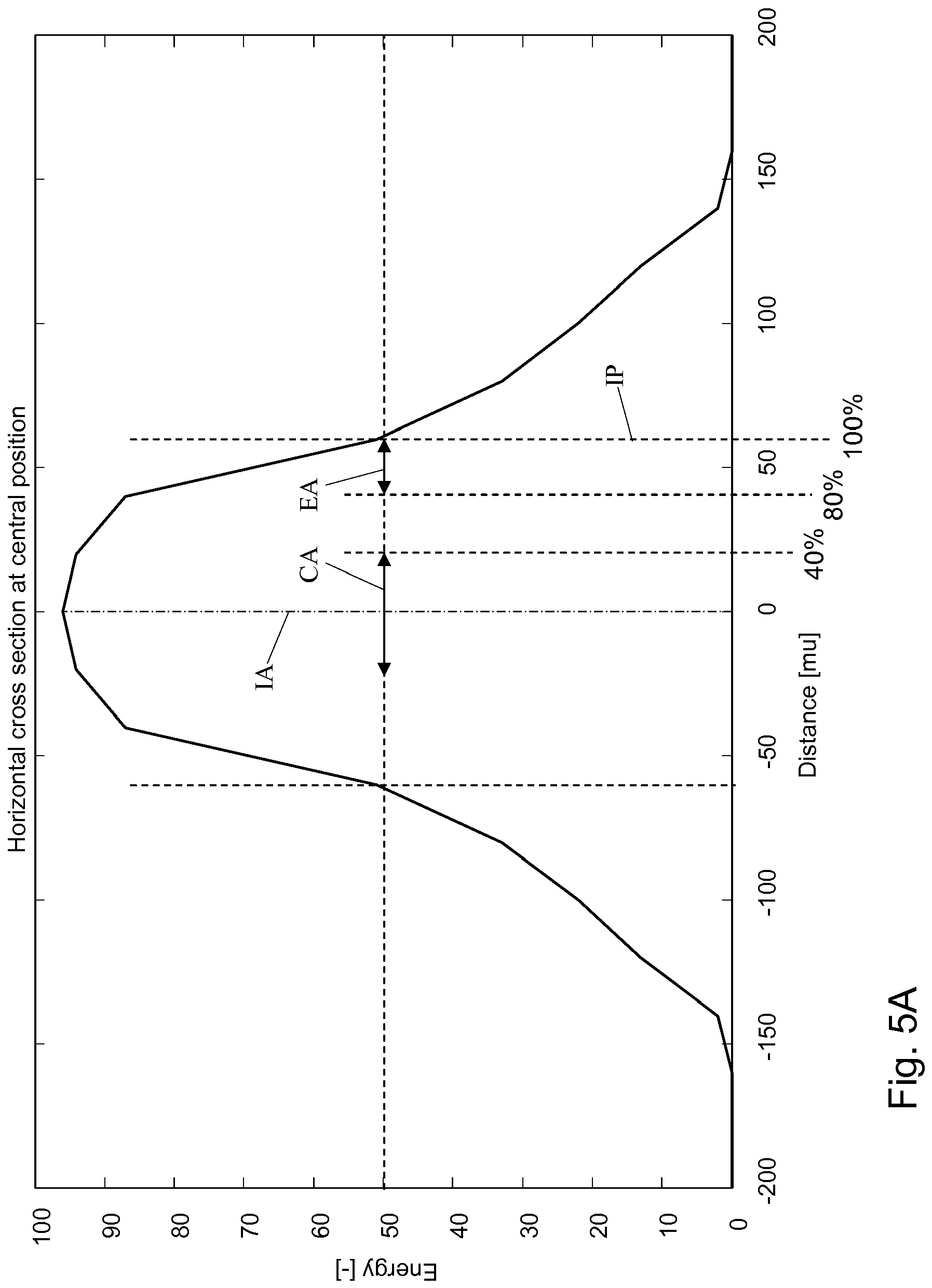 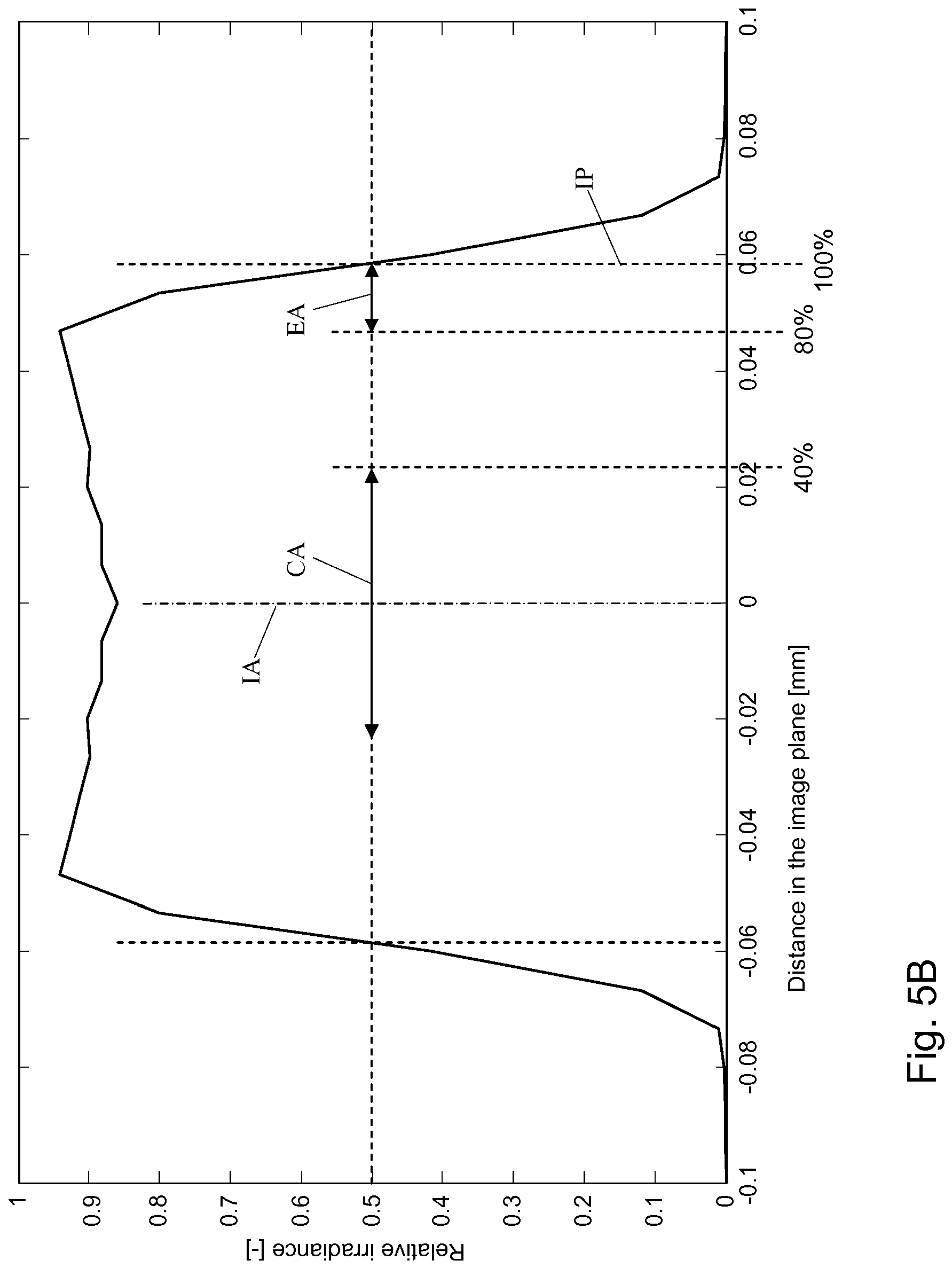 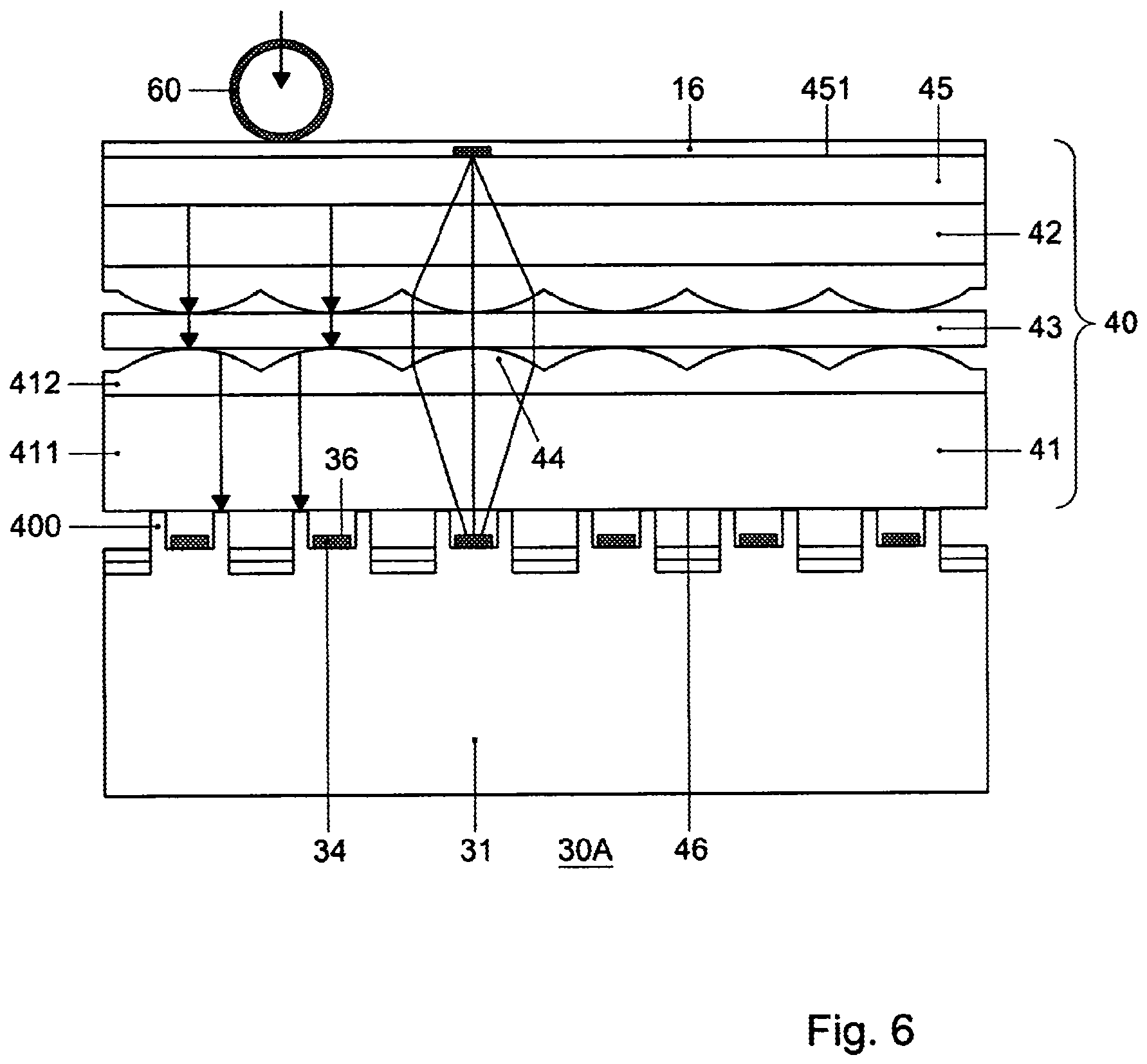 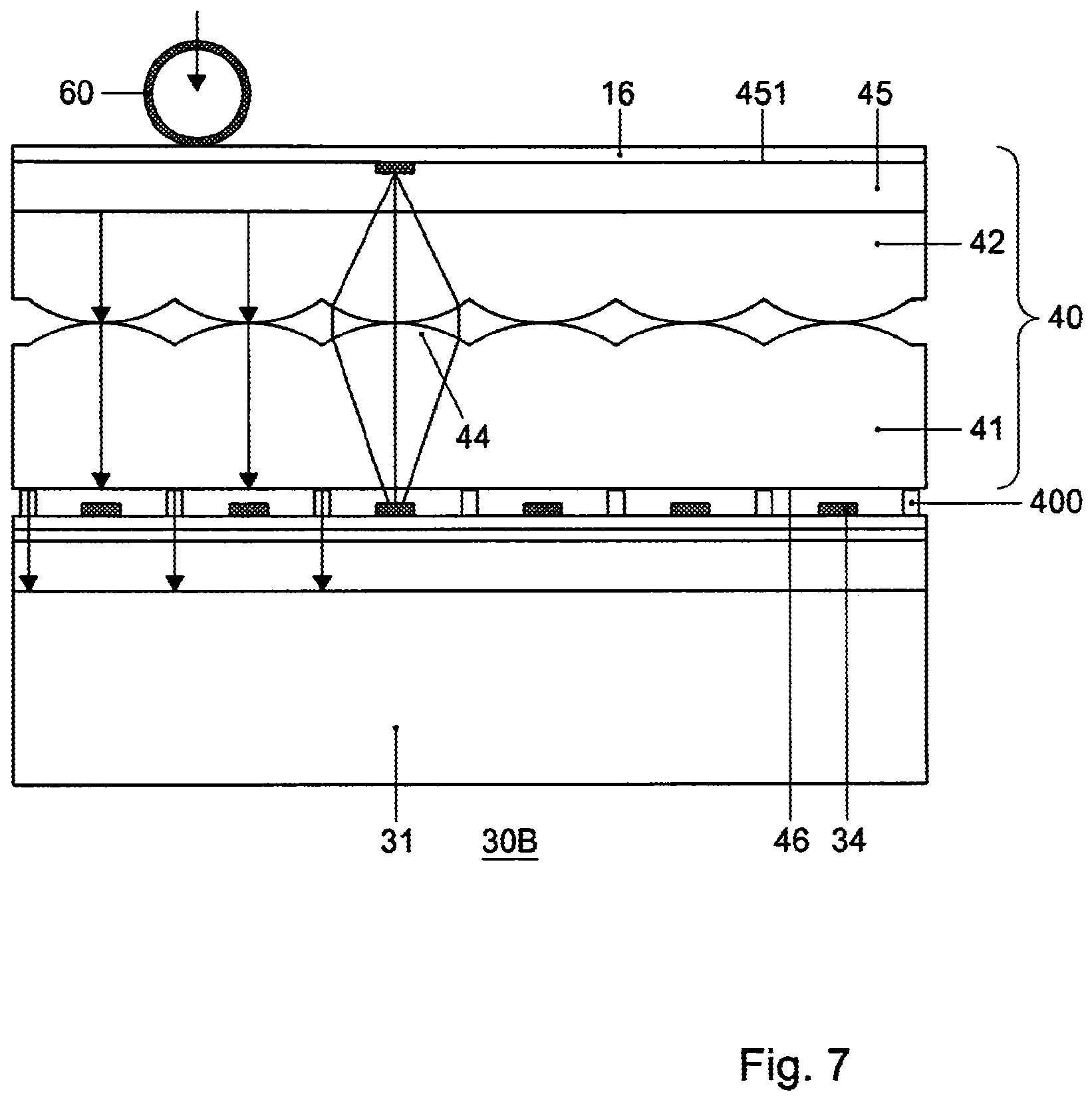 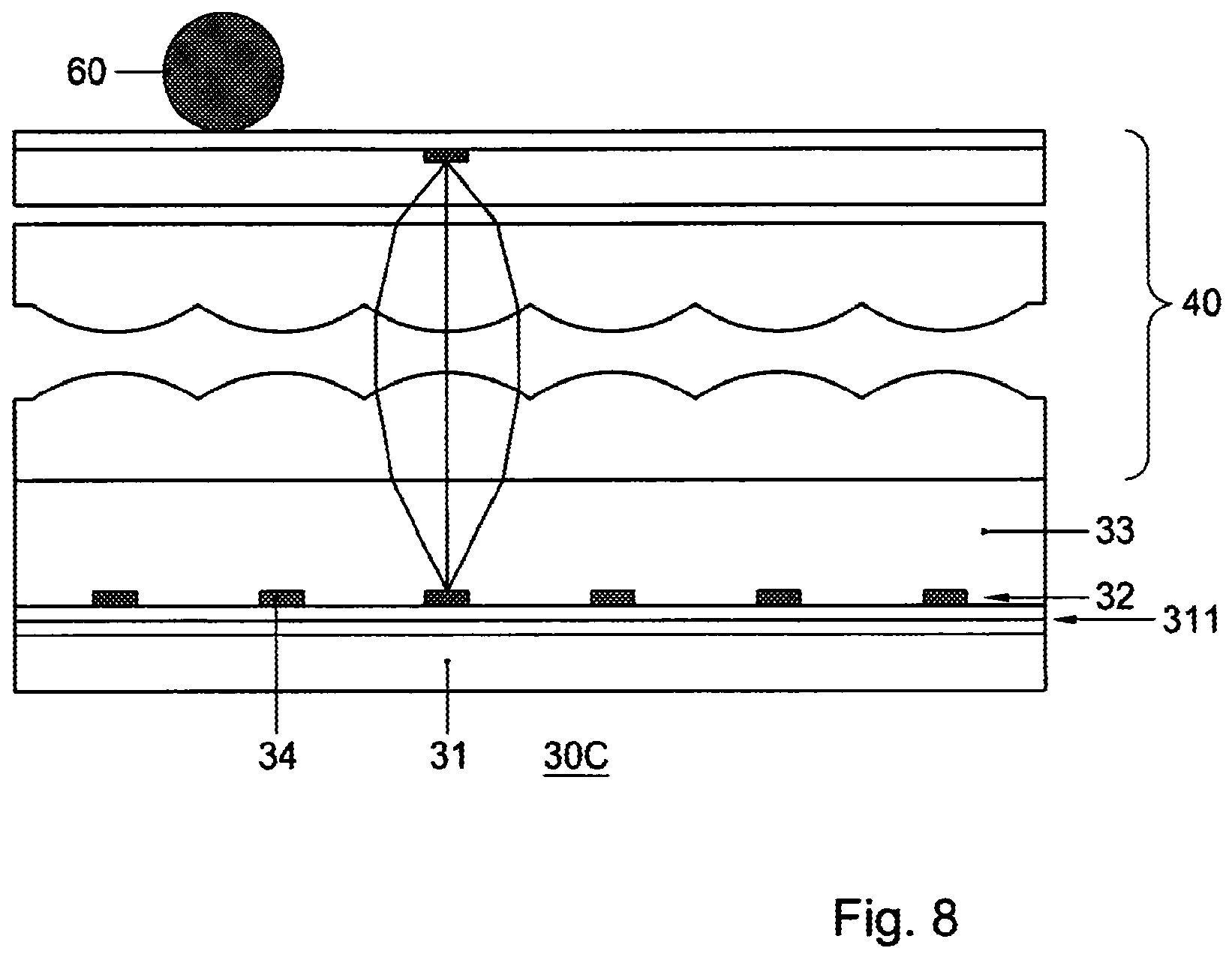 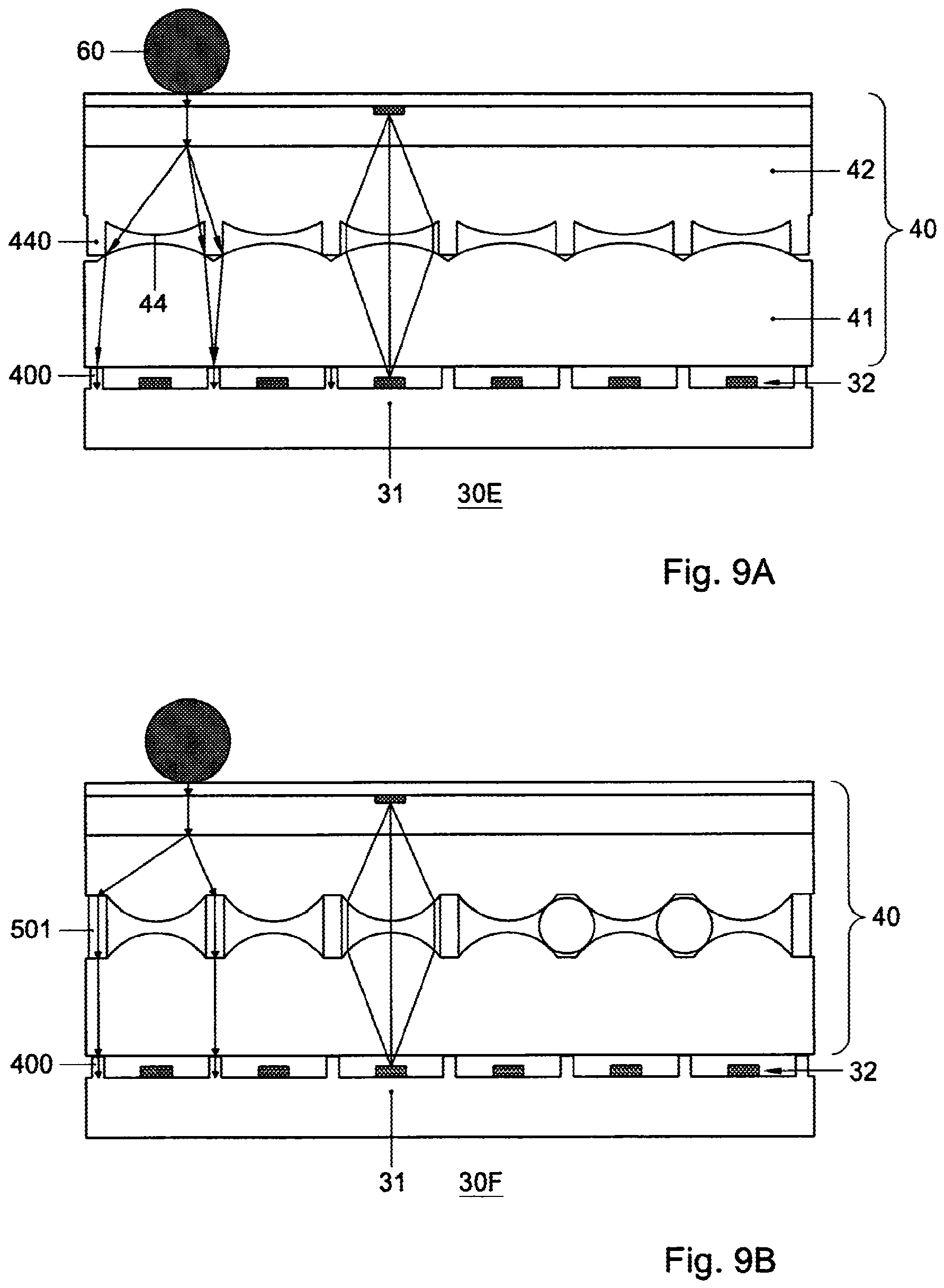 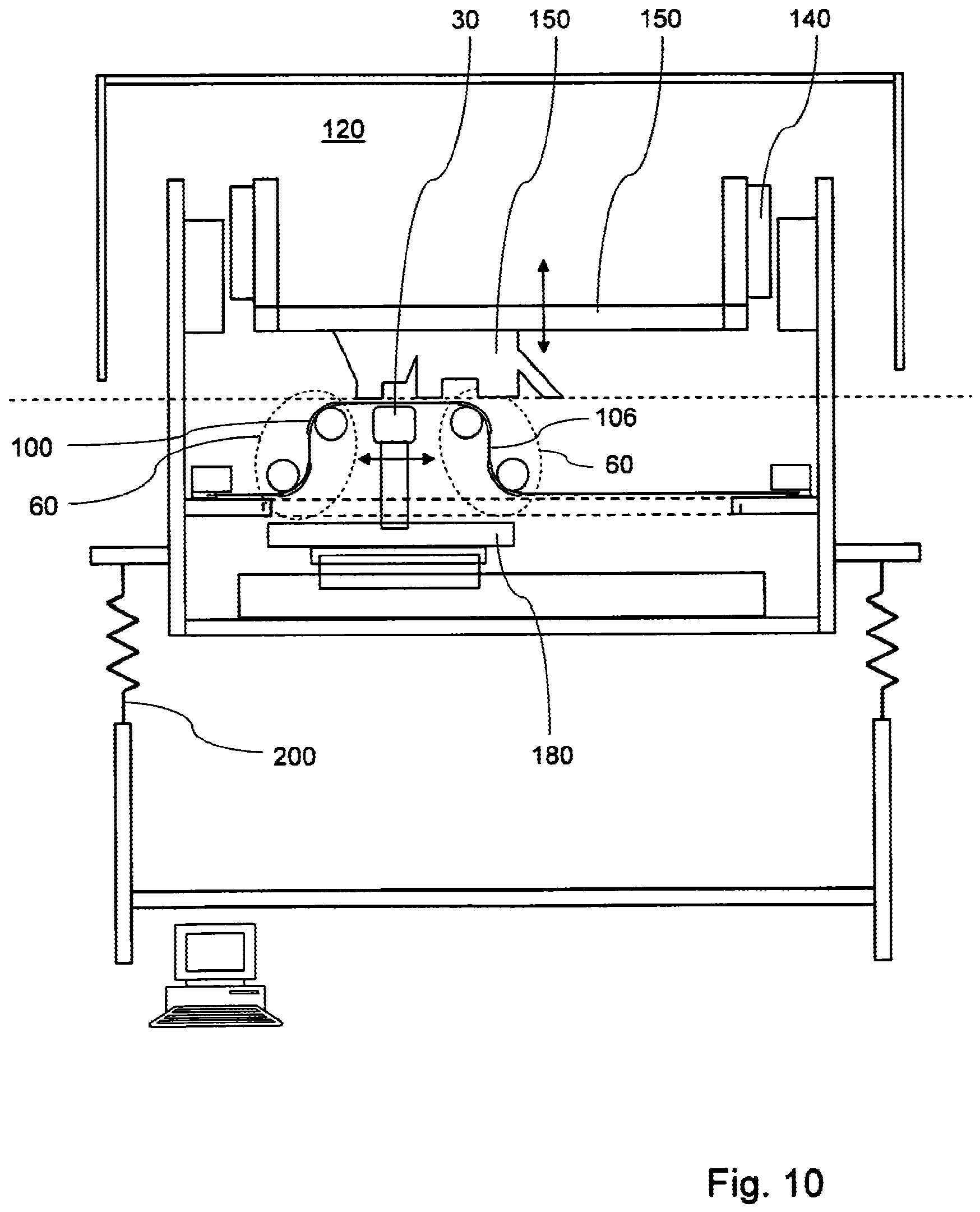