[0101] Production of fucosylated compounds
[0102] Cells E. coli BL21(DE3) lacZ pDEST14-fkp pCOLA-lacY-fucP were transformed with pACYCDuet-1 carrying the appropriate fucosyltransferase gene. Colonies were grown on 2YT plates with the appropriate antibiotics. 5 ml over night cultures (2YT with antibiotics) were grown of each strain and from this cultures 15 ml mineral medium each were inoculated to 1 %. Cells were grown using glycerol as carbon source and at OD600 = 0.5 were induced with 0.1 mM IPTG and 40 mM lactose and 30 mM fucose were added. Cultures were incubated at 30 °C and 120 rpm. Production of 2'-fucosyllactose was monitored HPLC analysis. The comparison of the amount of 2'-fucosyllactose (2'-FL) produced by expression of FucT2 from Helicobacter pylori compared to the expression of WbgL from Escherichia coli O126 is shown in the following table 1:
[0103]
Table 3: Comparison of the amount of 2'-fucosyllactose yield using alpha-1,2-fucosyltransferases FucT2 from Helicobacter pylori and WbgL from Escherichia coli O126

[0104] As can be seen from table 1, the amount of the fucosylated product 2'-fucosyllactose was significantly higher when using the alpha-1,2-fucosyltransferase according to the invention, i.e. WbgL from Escherichia coli O126, compared to the alpha-1,2-fucosyltransferase FucT2 from Helicobacter pylori, which is state of the art.
[0105] Purification of the fucosylation product
[0106] 2'-fucosyllactose produced as described above was purified in several steps. First step was the purification by adsorption on activated charcoal. Culture supernatant from the production step was applied to a bed of activated charcoal. Flow-through was collected and analyzed, but no remaining 2'-fucosyllactose was detected. For removal of unspecifically bound medium compounds such as e.g. salts and amino acids the bed was washed with distilled water (no 2'-FL in flow-through). 2'-FL and remaining lactose and fucose were then eluted with 96 % ethanol. Ethanol was subsequently evaporated in a rotary evaporator and the residue filtrated via 10 kDa crossflow module (Microdyn Nadir, Germany). Remaining salts were removed by electrodialysation and thereafter endotoxins were removed by filtration using a crossflow module (Pall, Germany). 2'-FL was then separated from lactose and fucose in gram scale using gel permeation chromatography material Biogel P-2 (BioRad, Germany) packed into a 520 mm x 428 mm glass column with frit. Purification of 2'-FL was monitored by thin layer chromatography. Fractions containing only 2'-fucosyllactose were pooled and freeze-dried.
[0107] Confirmation of the identity of the product
[0108] Purified 2'-fucosyllactose produced using the fucosyltransferase presented in this invention was analyzed by 1H-NMR (see Fig. 11). The resulting spectrum was consistent with the spectrum received for 2'-FL standard (Dextra, Reading, UK). In addition to that, different HPLC methods were applied to verify the identity of the resulting 2'-FL. HPAEC-PAD was applied as described above. Other methods were the separation using Phenomenex Rezex RCM Ca2+ column with water as eluent (0.6 ml/min for 30 minutes at 80 °C; detection by refractive index detector (Shimadzu, Germany)) (see Fig. 10A) and separation using Reprosil Carbohydrate, 5 µm, 250 x 4,6 mm, with acetonitrile / water (68 : 32) as eluent (1.4 ml/min for 20 minutes at 35 °C; detection by refractive index detector (Shimadzu, Germany)) (see Fig. 10B)

<120> Novel fucosyl transferases and their applications 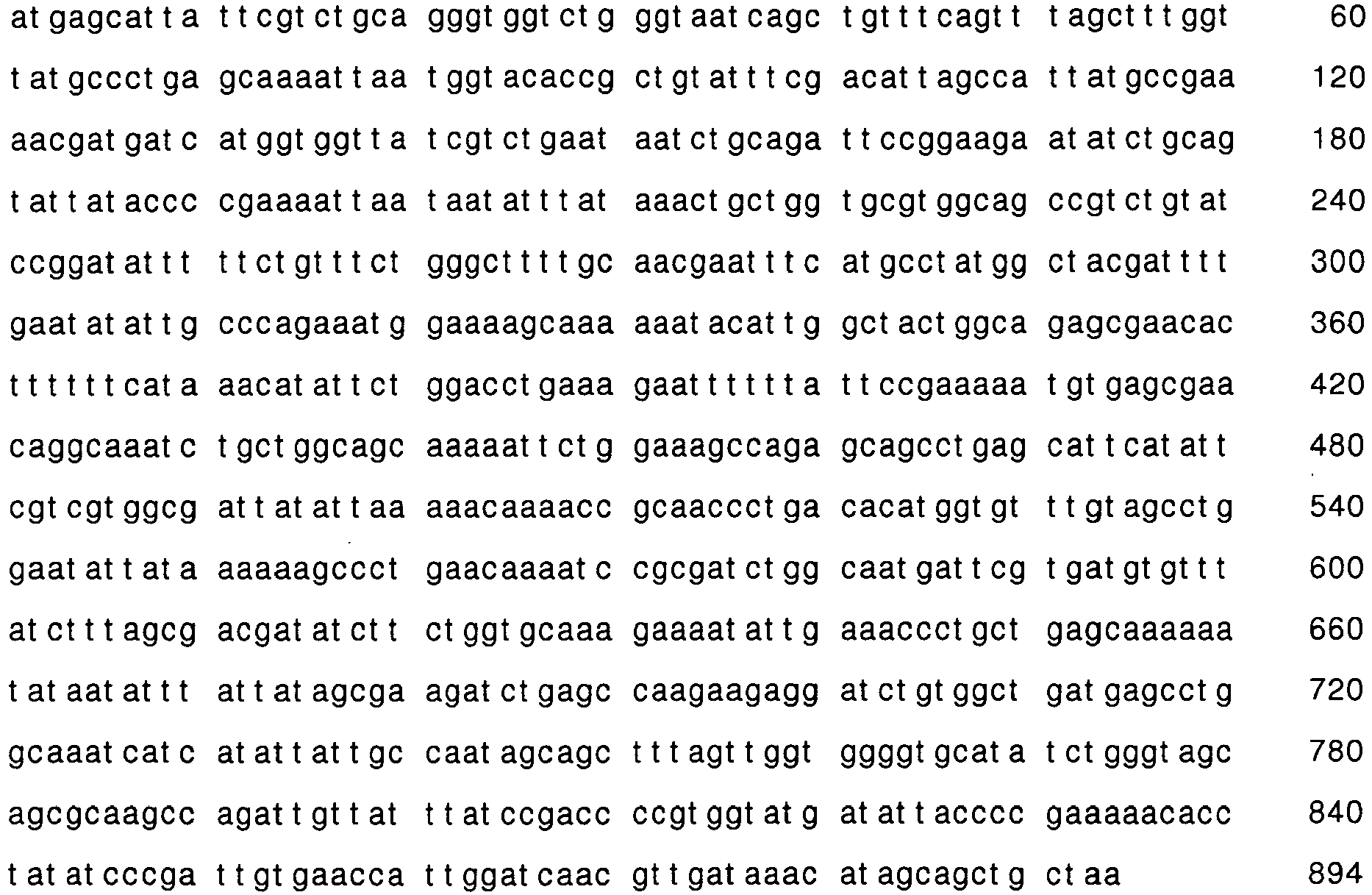 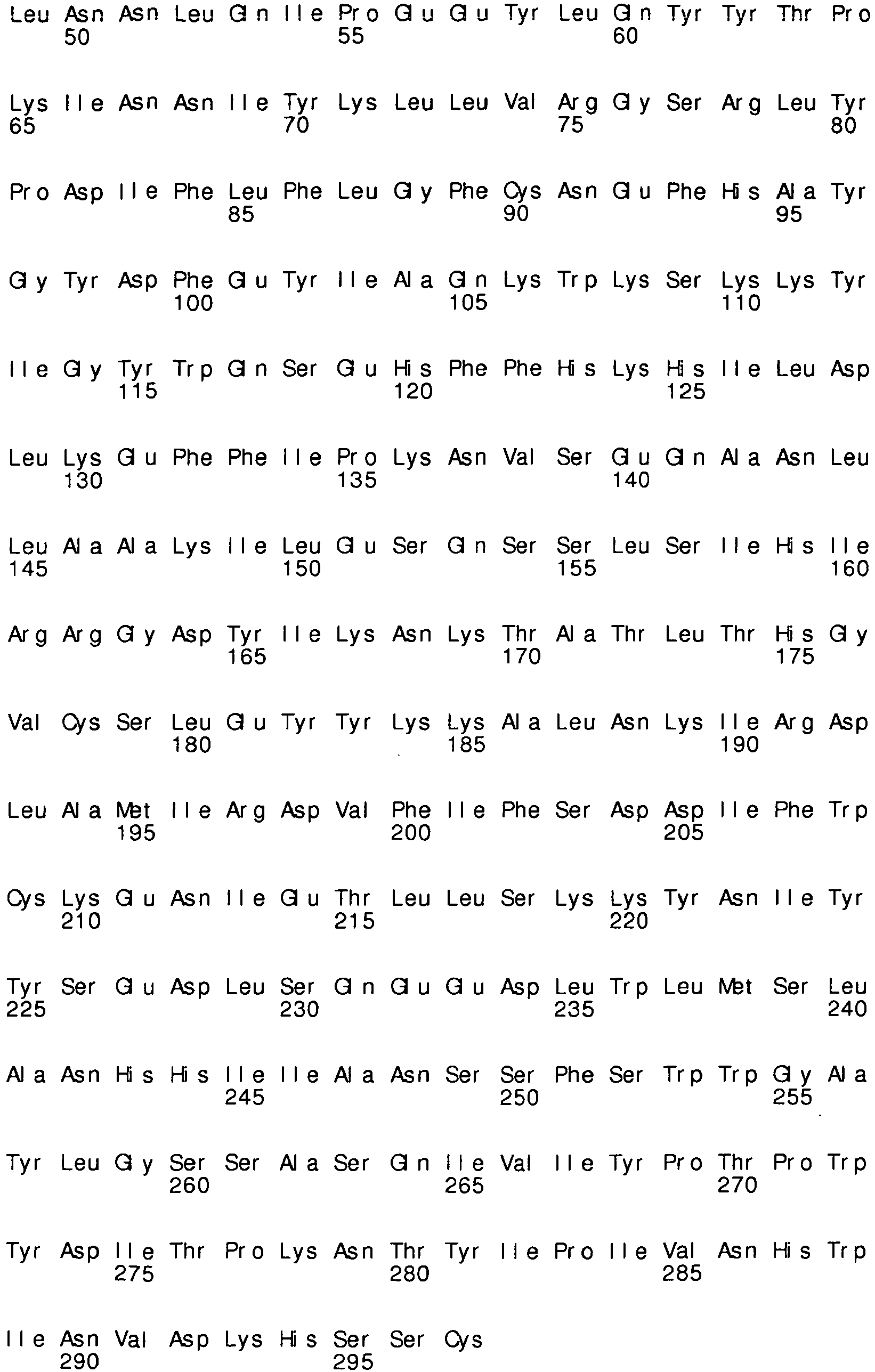 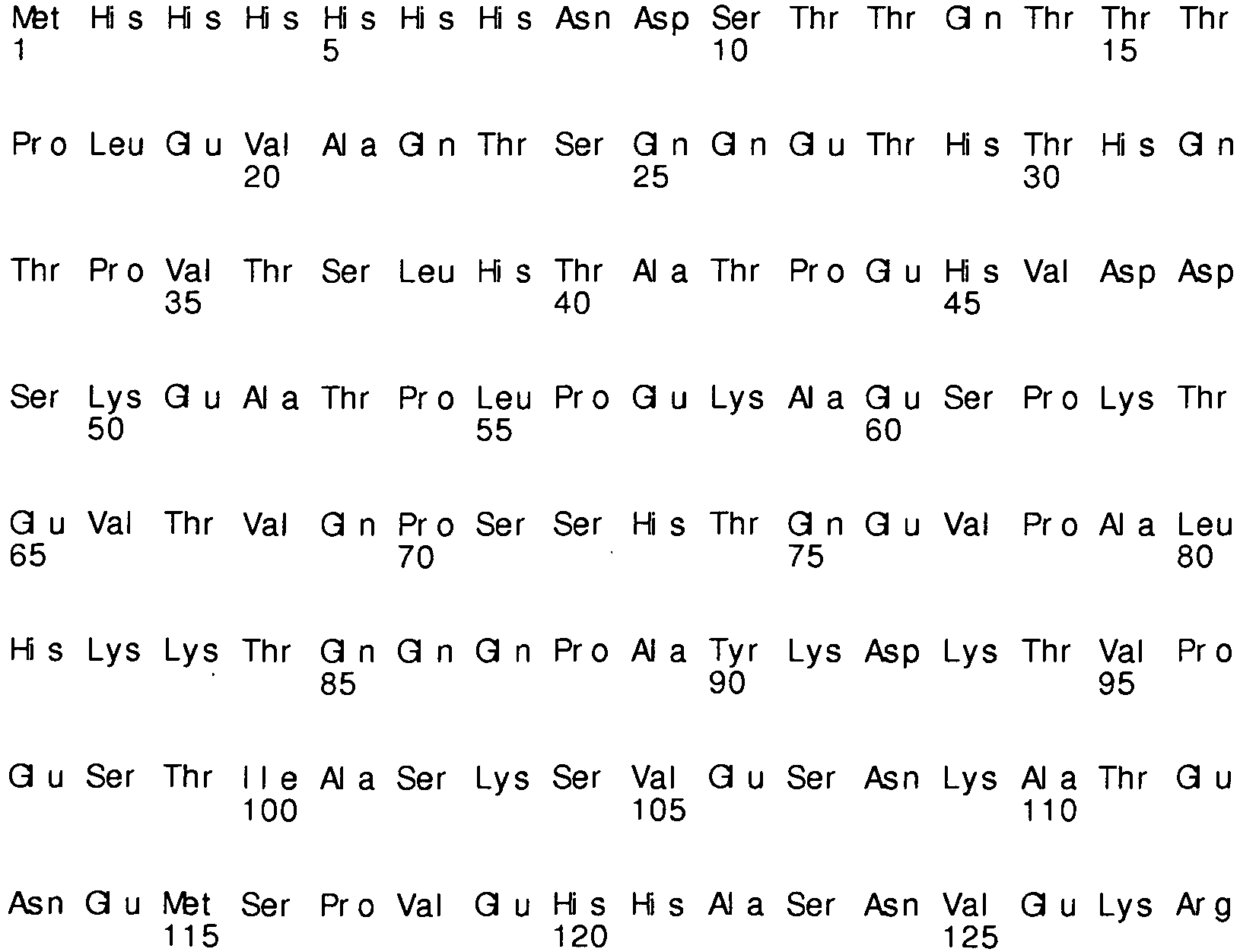 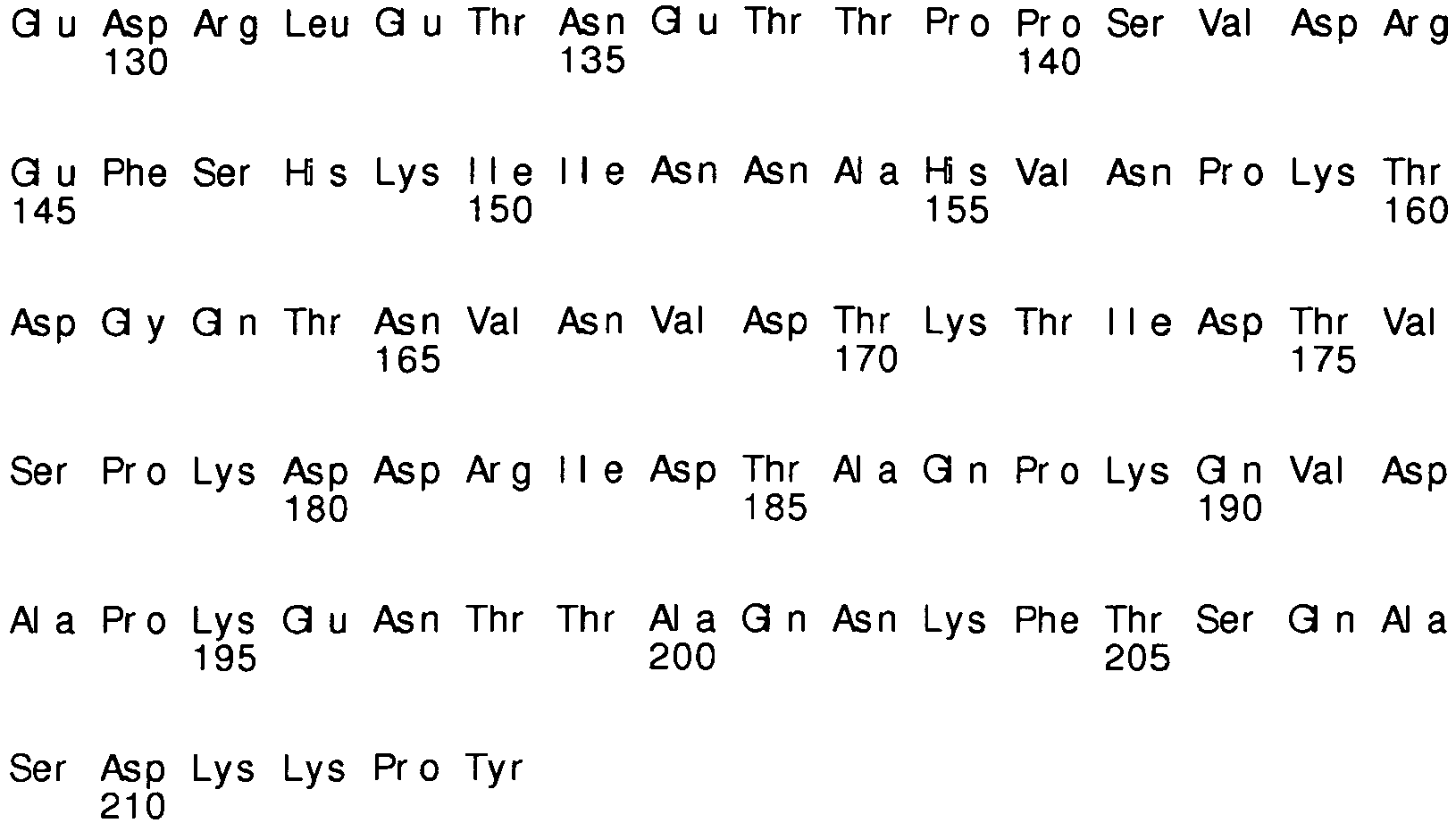 2. Host cell according to claim 1, characterized in that the host cell is selected from the group consisting of fungi including yeast, bacteria, insect, animal and plant cells.

3. Host cell according to claims 1 or 2, characterized in that the host cell is an Escherichia coli cell.

4. Host cell according to one of claims 1 to 3, characterized in that the nucleic acid encoding the polypeptide with alpha-1,2-fucosyltransferase activity is adapted to the codon usage of the respective cell.

5. Use of a polynucleotide encoding a polypeptide with alpha-1,2-fucosyltransferase activity and comprising a sequence selected from the group consisting of:

a) SEQ ID No. 1 of the attached sequence listing;

b) a nucleic acid sequence complementary to SEQ ID No. 1;

or of a vector containing said polynucleotide,
or of a polypeptide with alpha-1,2-fucosyltransferase activity consisting of an amino acid sequence selected from the group consisting of :

(a) the amino acid sequence shown in SEQ ID No. 2;

for the production of a fucosylated oligosaccharide.

6. Use according to claim 5, characterized in that the production of said fucosylated oligosaccharide is performed by means of a heterologous or homologous expression of the polynucleotide encoding the alpha-1,2-fucosyltransferase, wherein the sequence is a sequence foreign to the host cell.

8. Use according to claim 7, characterized in that the fucosylated oligosaccharide is 2'-fucosyllactose.

9. Method for producing fucosylated oligosaccharides comprising the steps of:

10. Method for producing fucosylated oligosaccharides comprising the steps of:

a) growing, under suitable nutrient conditions permissive for the production of the fucosylated oligosaccharide, and permissive for the expression of a polypeptide with alpha-1,2-fucosyltransferase activity, a host cell as claimed in claims 1 to 4;

c) isolating said fucosylated oligosaccharide from the host cell or the medium of its growth.

11. Method according to claim 9 or 10, characterized in that the donor substrate is GDP-fucose.

12. Method according to claim 11, characterized in that the GDP-fucose is provided by an enzyme simultaneously expressed in the host cell or by the metabolism of the host cell. 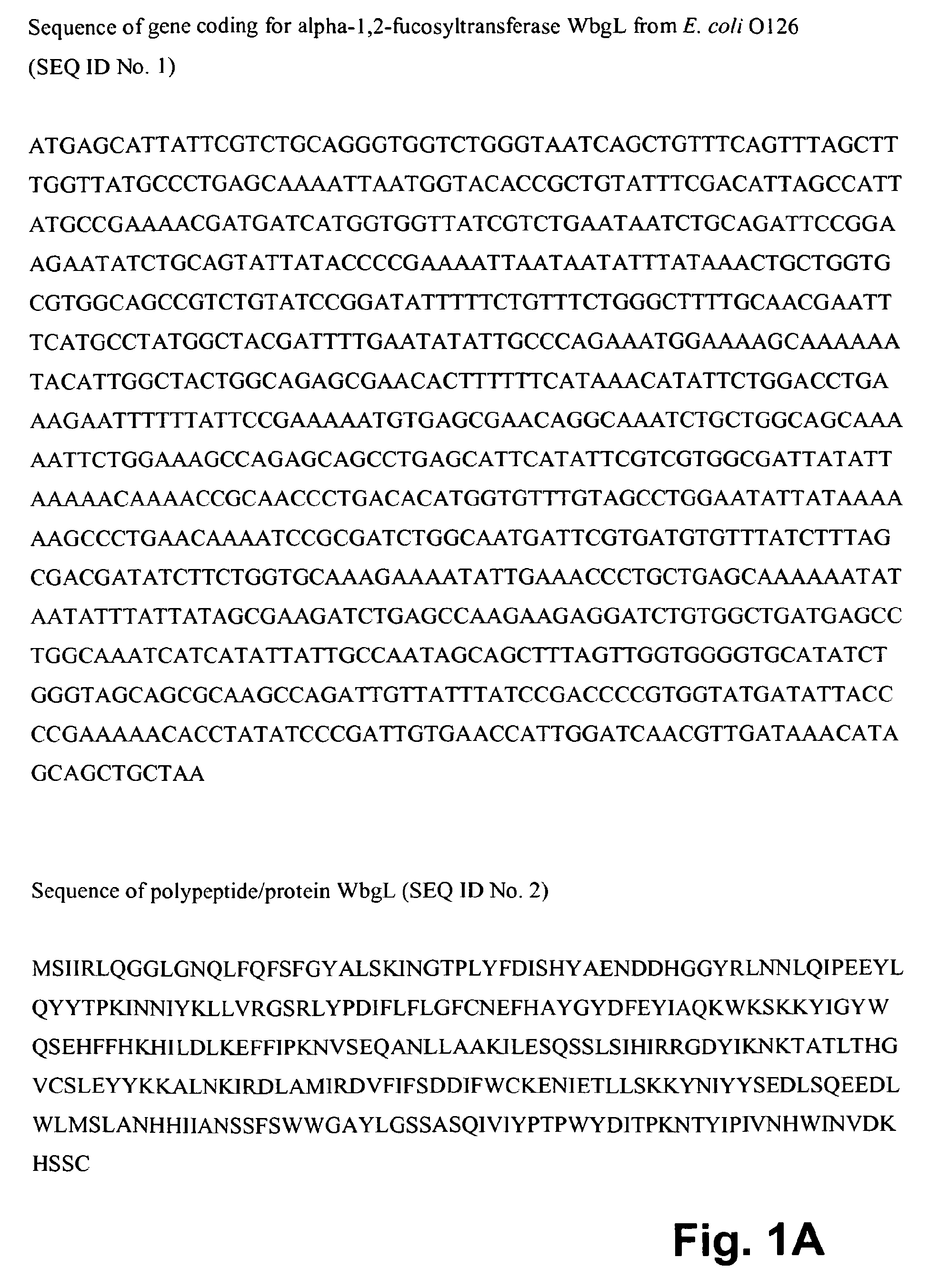 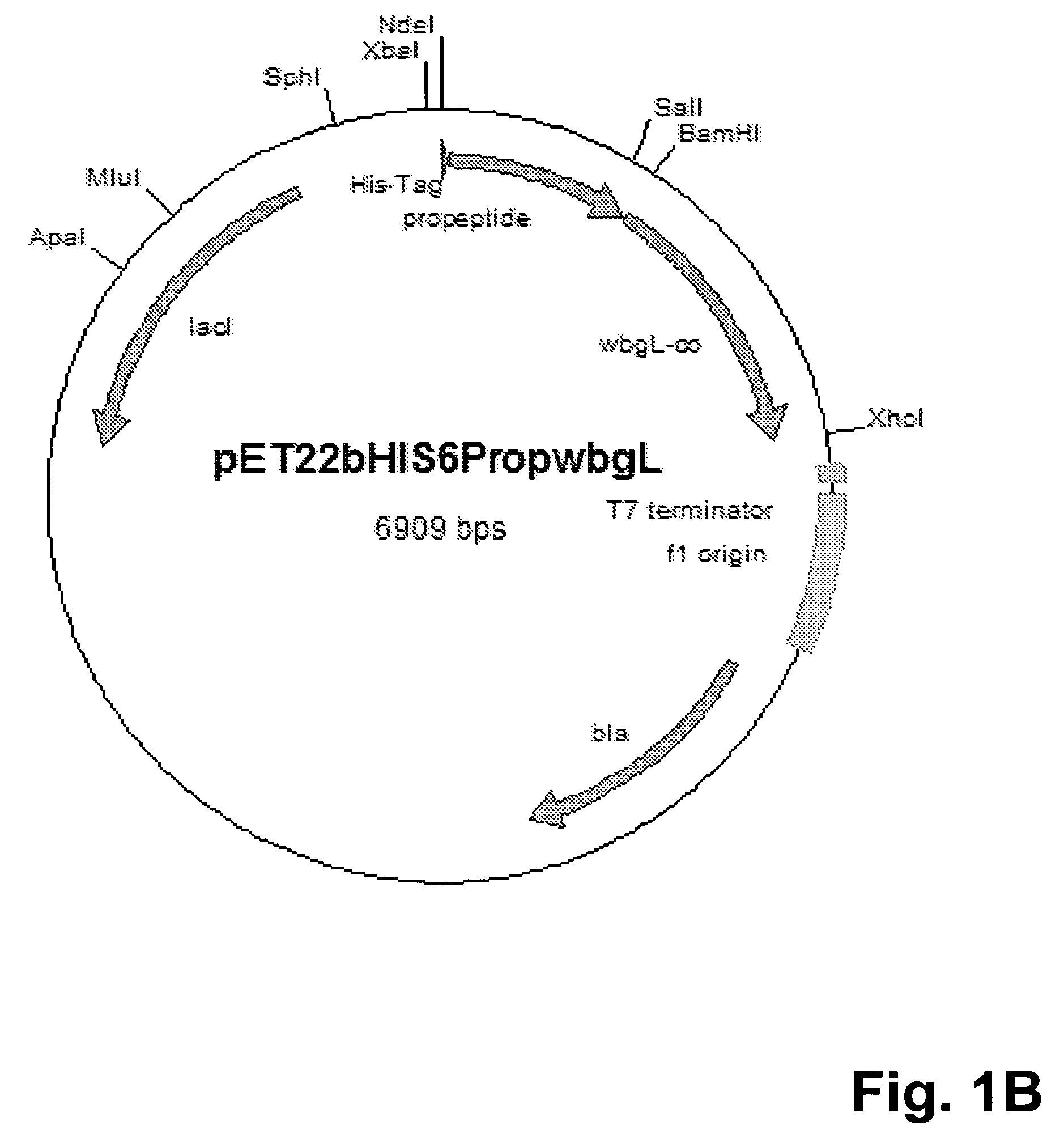 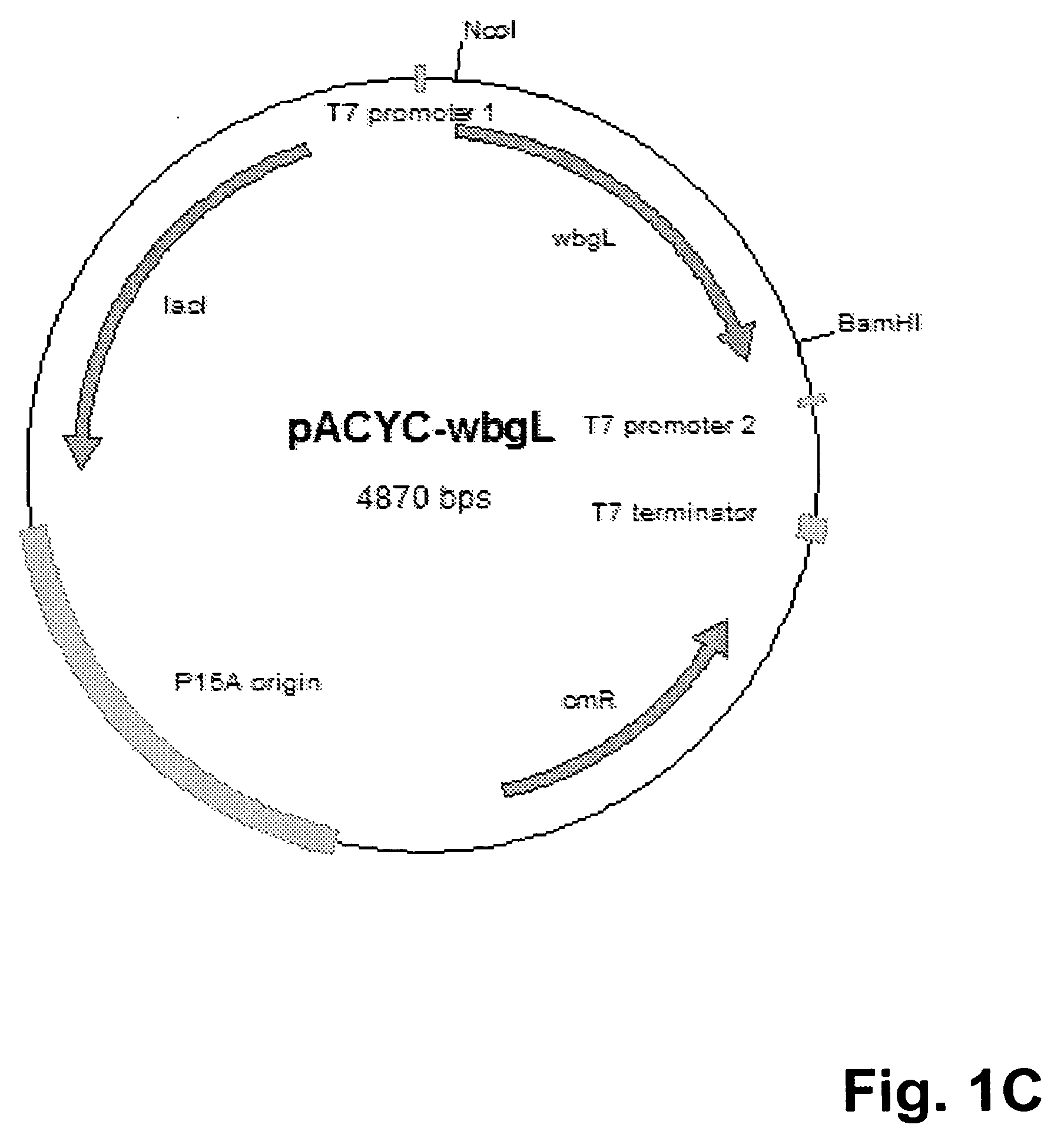 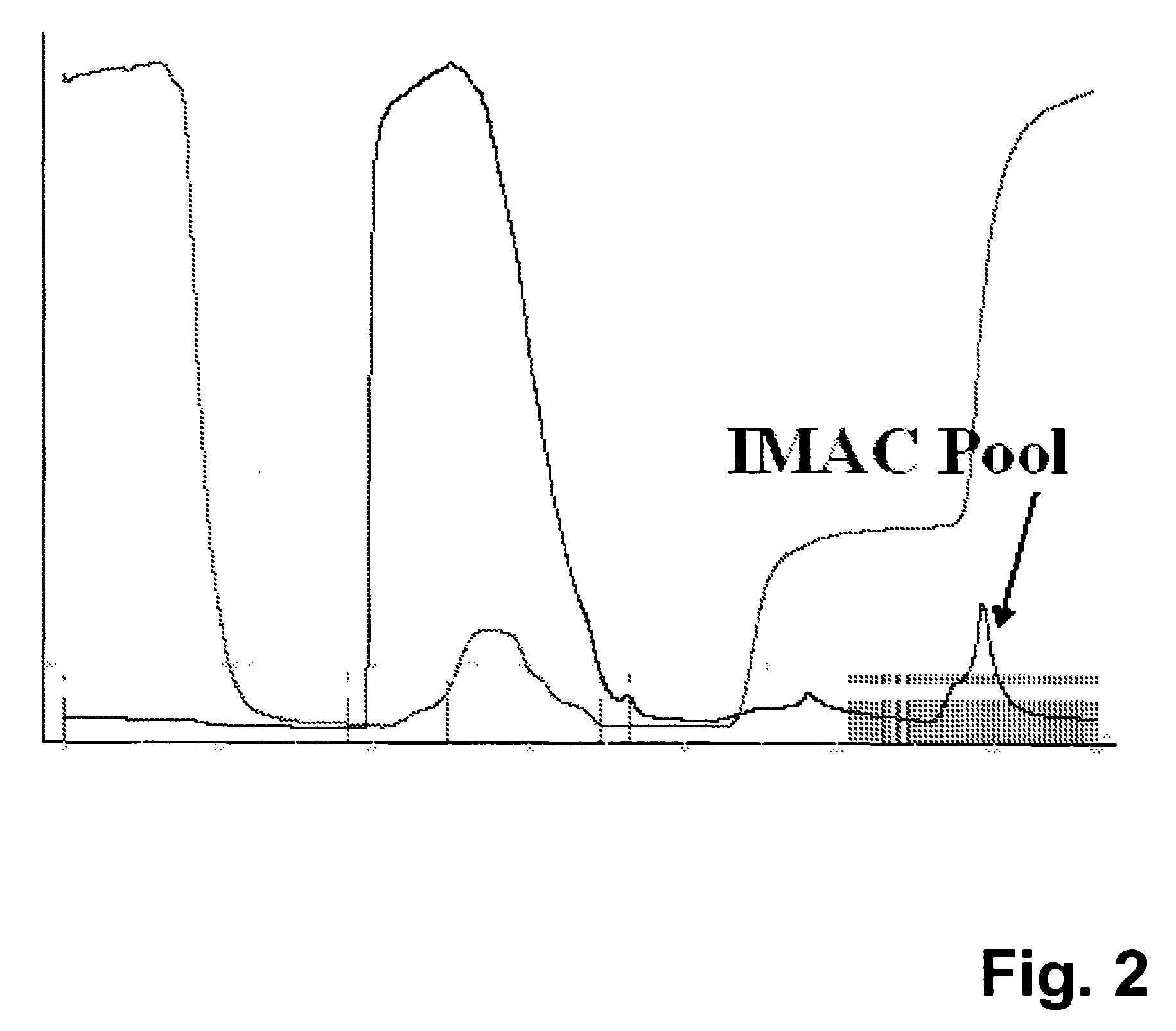 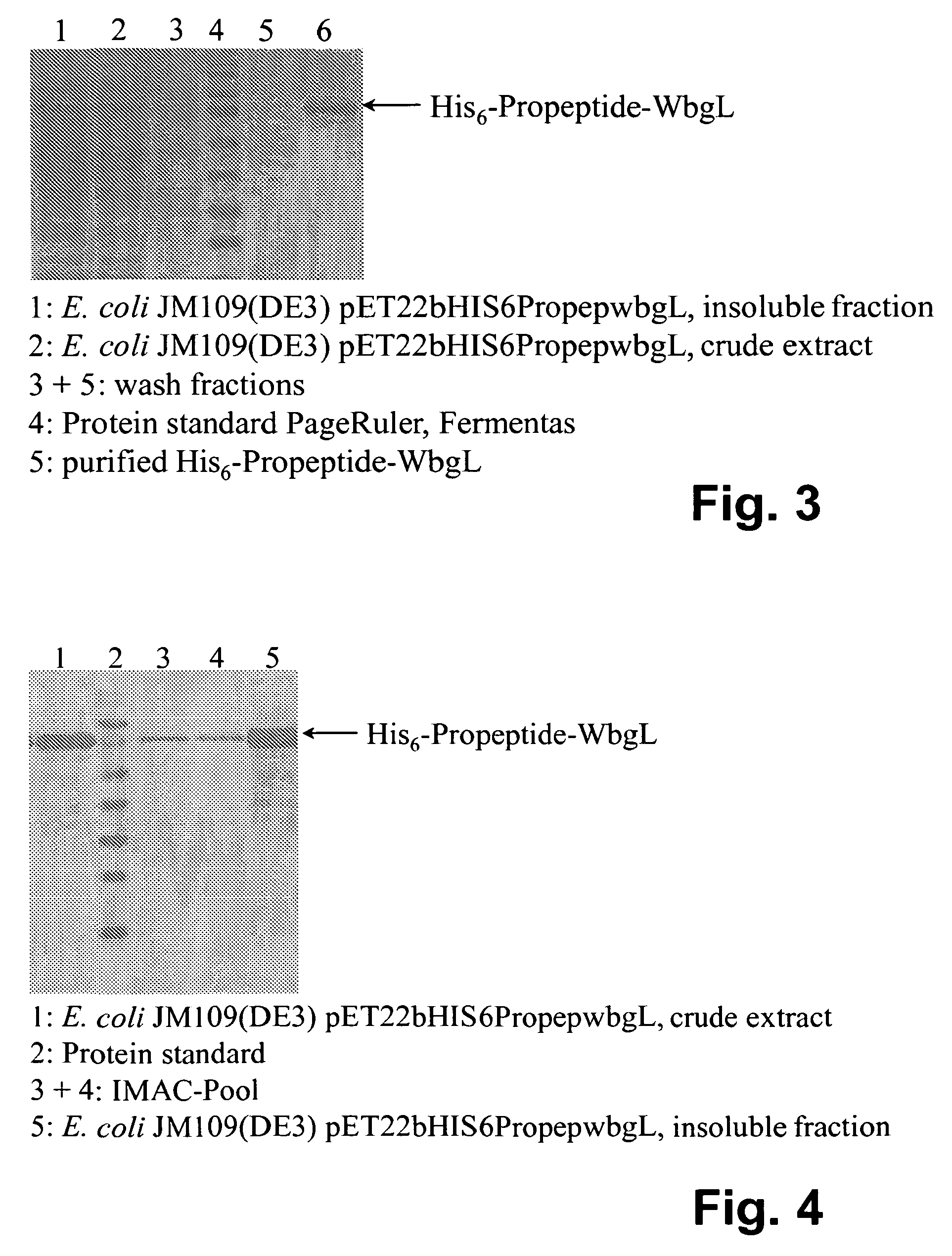 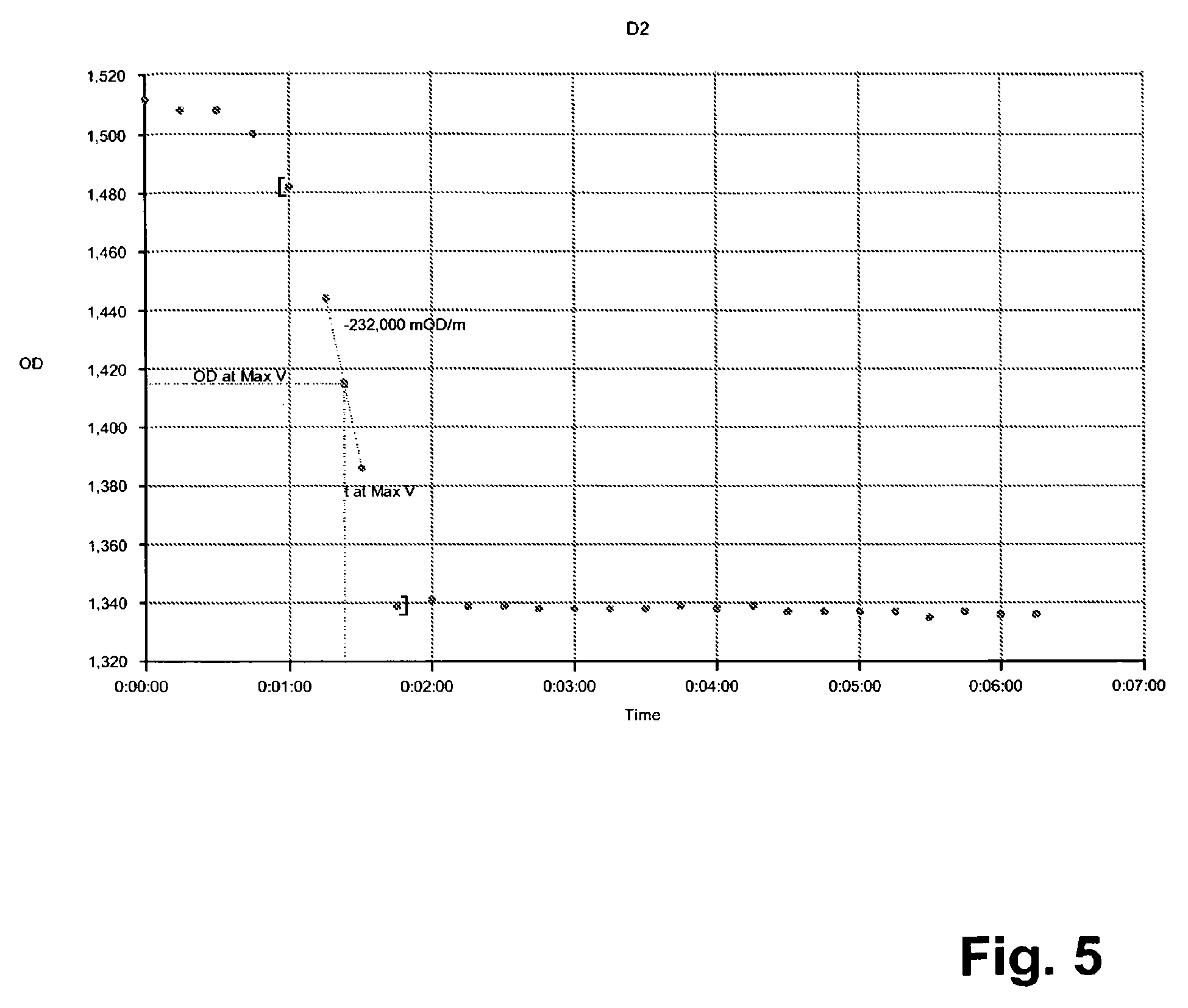 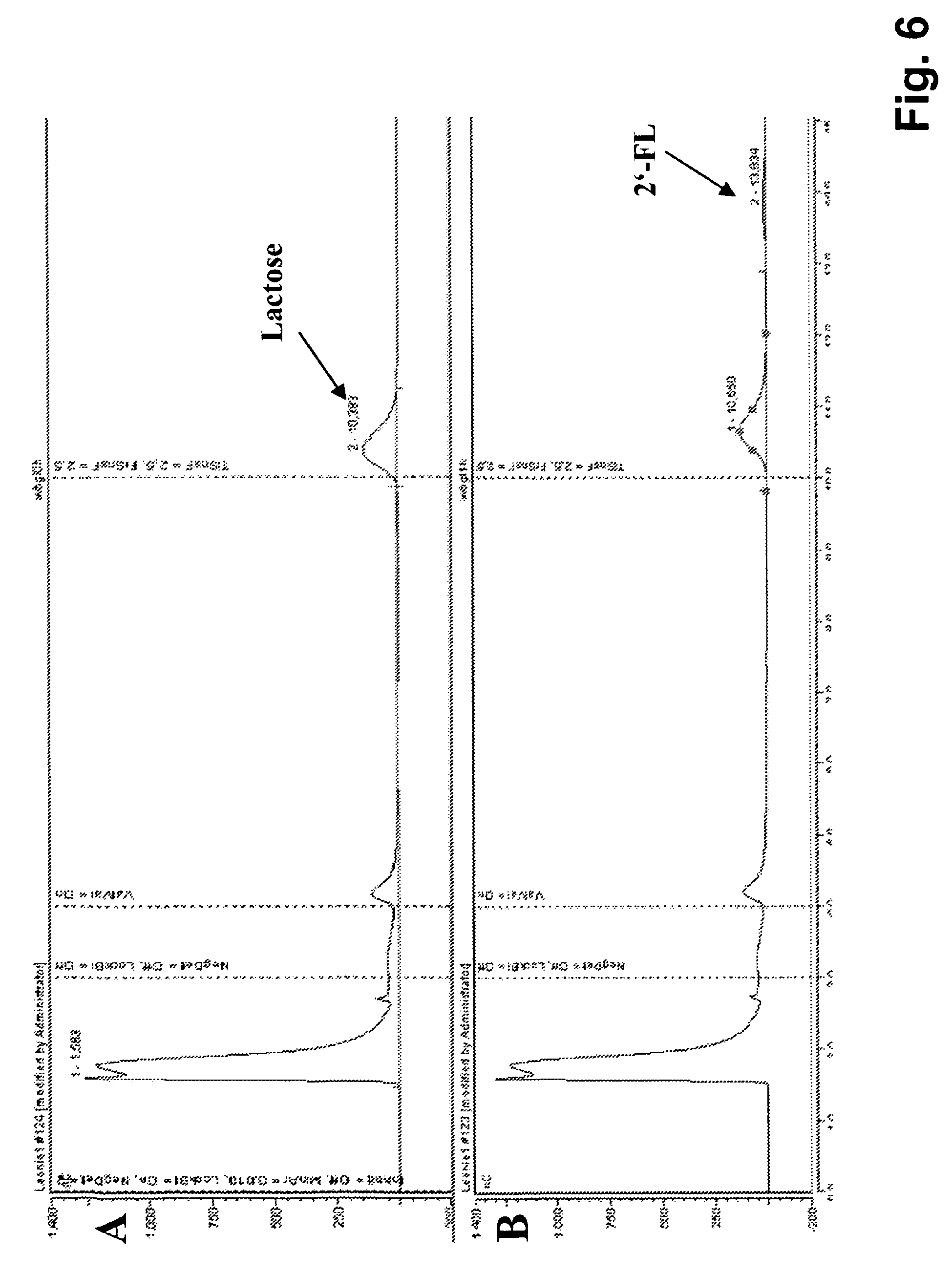 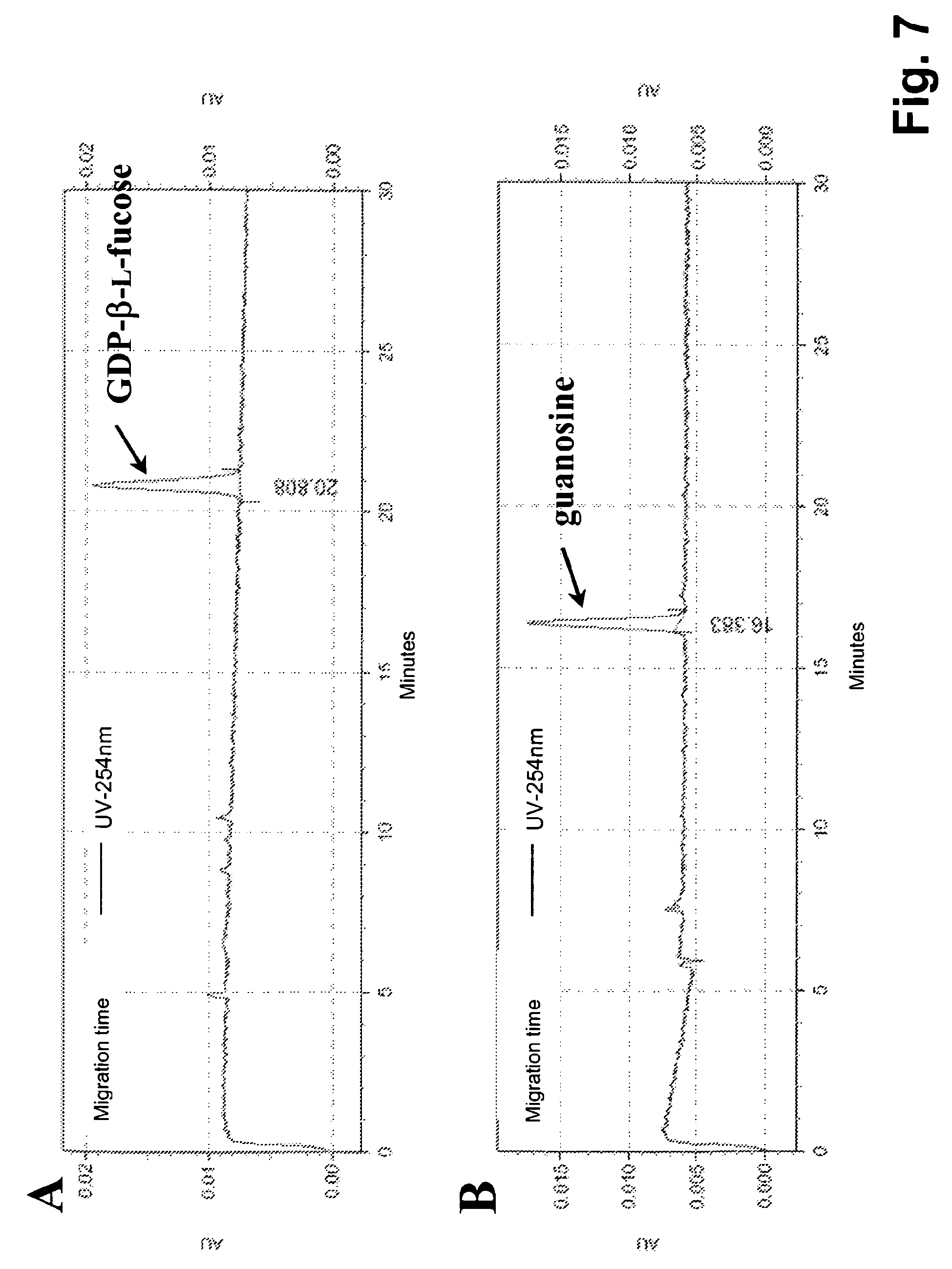 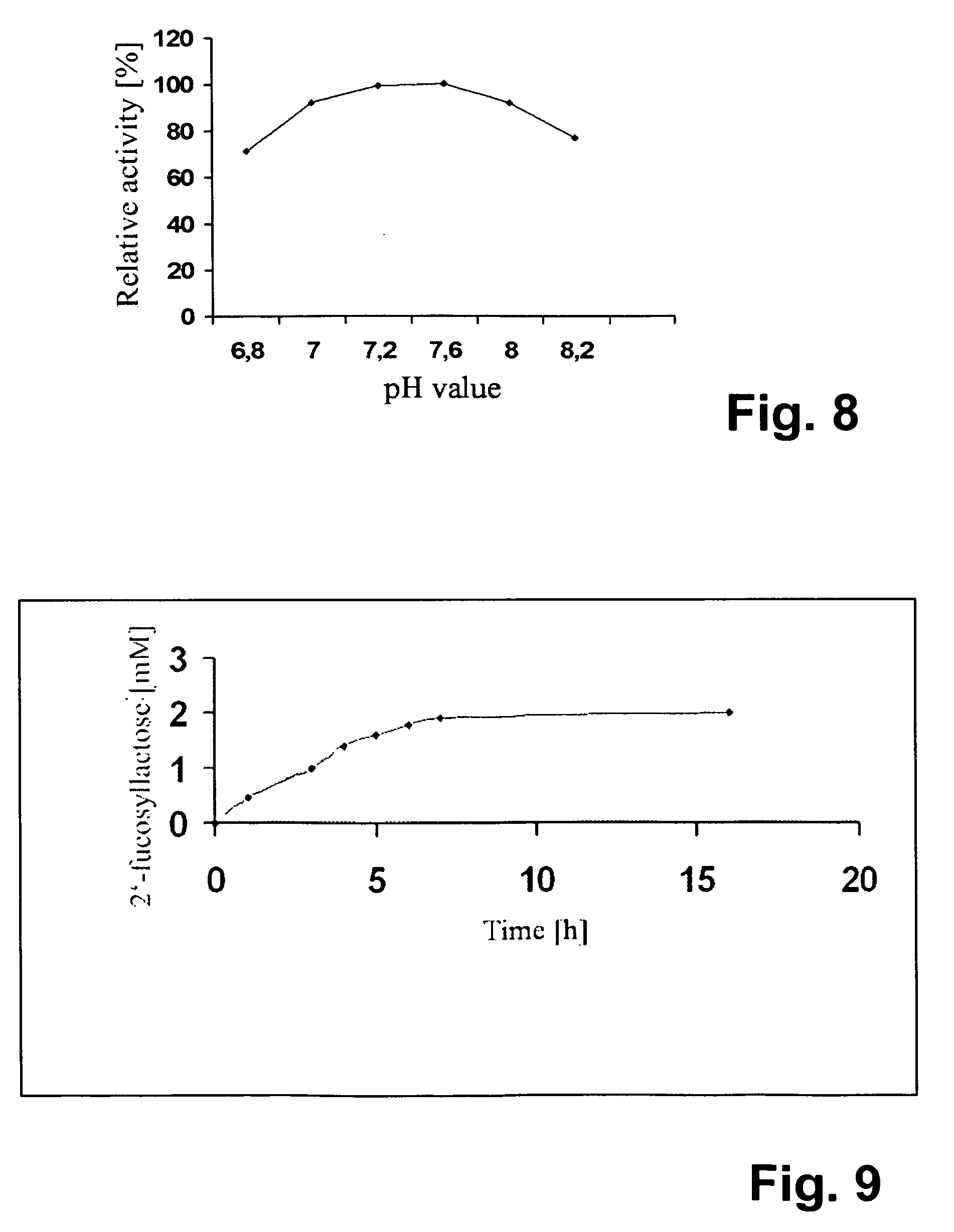 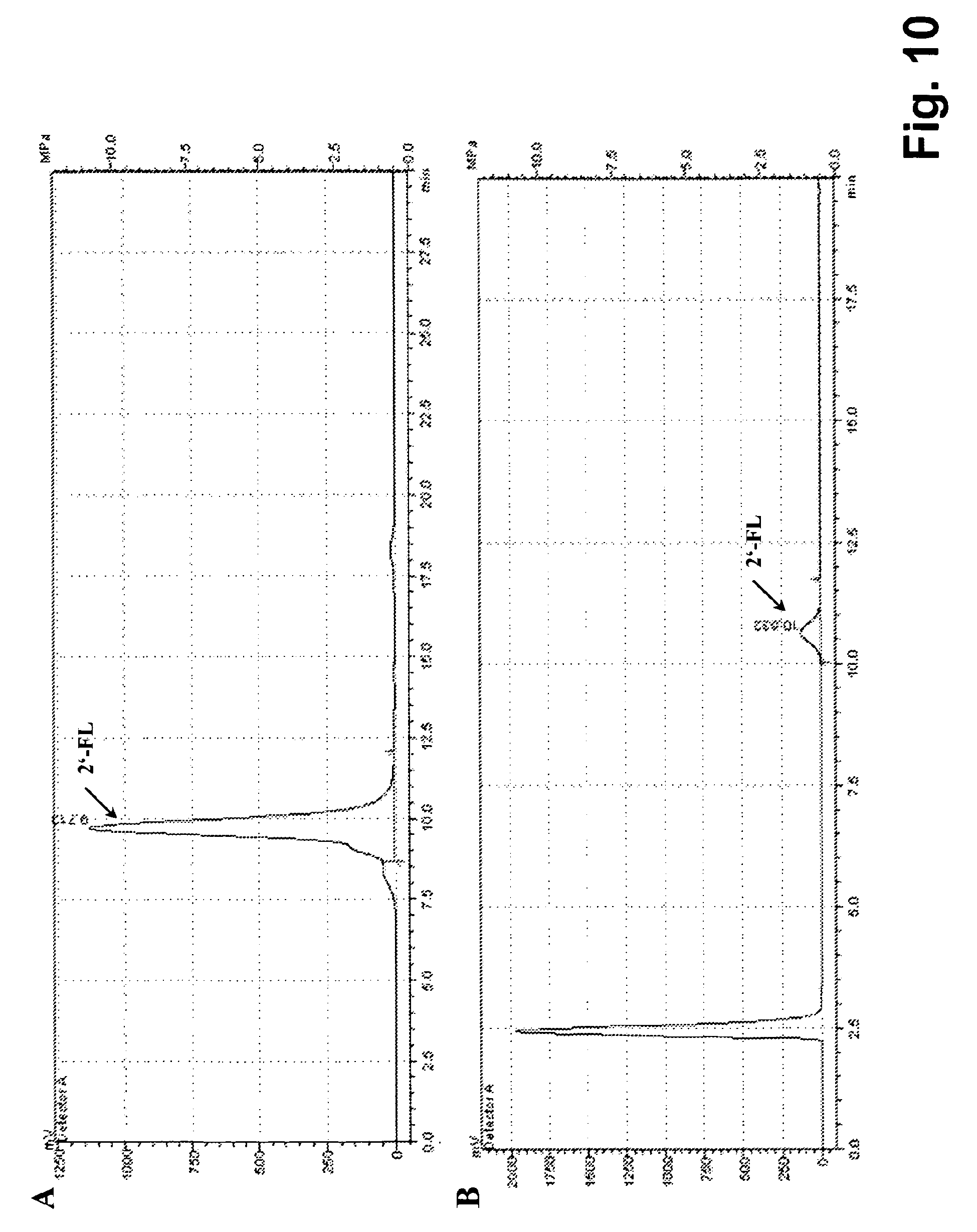 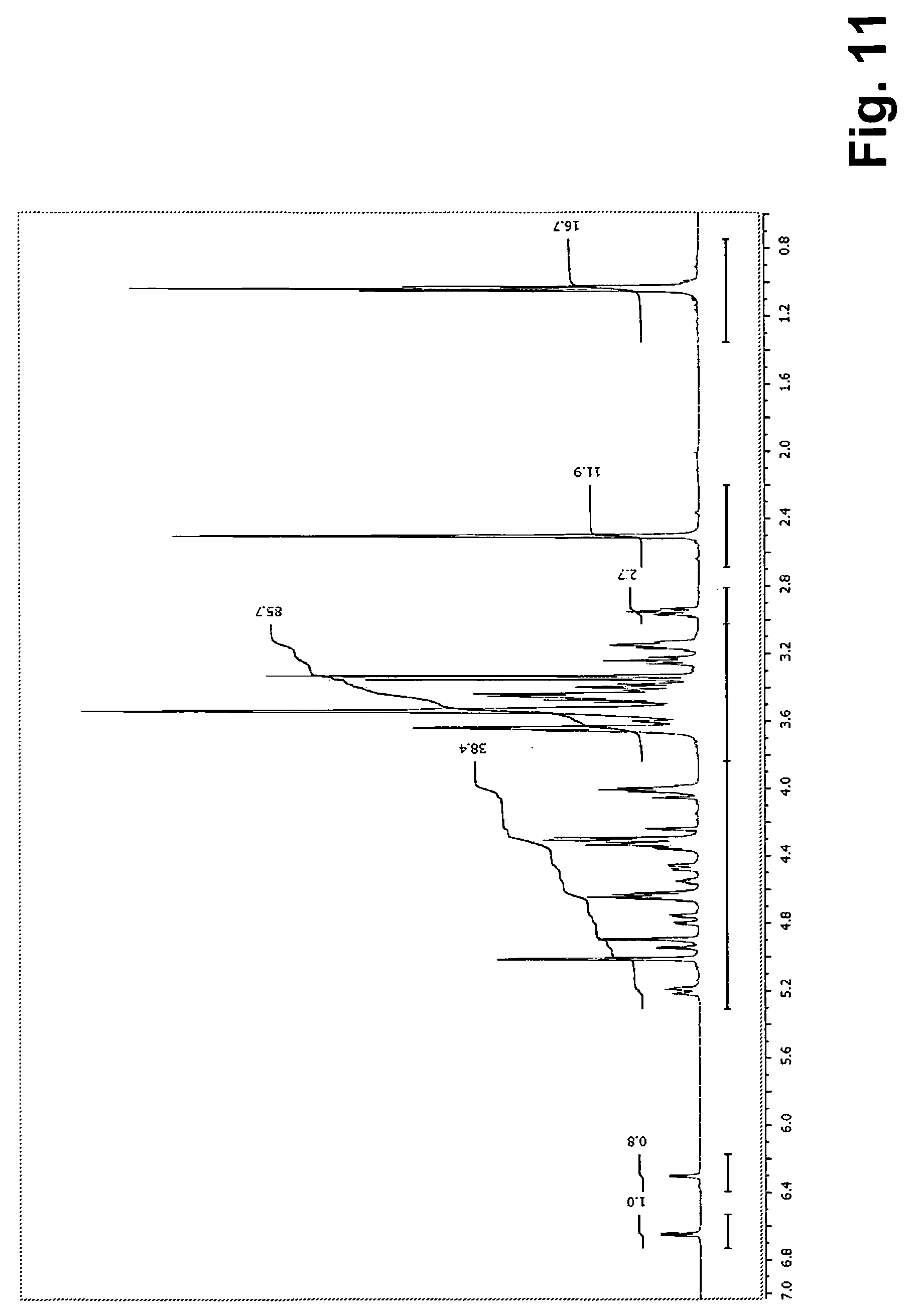