[0001] The present invention relates to a method and arrangement in a telecommunication system, in particular to a technique for handling the aggregation of multiple frequency resources in an evolved Universal Terrestrial Radio Access Network or similar telecommunication network.

[0022] Further aspects and advantages of the techniques presented herein will become apparent from the following description of embodiments and the accompanying drawings, wherein:

Fig. 1 schematically illustrates an example transmitter implementation for transmitting on a frequency resource.

Fig. 2 illustrates an example of carrier aggregation over a contiguous spectrum.

Fig. 3 illustrates an example of carrier aggregation over a non-contiguous spectrum.

Fig. 5 shows a flow diagram of a method embodiment for implementing a transmitter operable to transmit on multiple frequency resources.

Fig. 6 schematically illustrates an embodiment of a transmitter implementation for transmitting on multiple frequency resources.

Fig. 7 shows a flow diagram of a method embodiment for transmitting on multiple frequency resources.

6. The method of any of claims 1 to 5, wherein the method is implemented in a terminal, and comprises negotiating, with a network, usage of said method so as to transmit said network over said terminal utilizing said method.

7. The method of any of claims 1 to 6, further comprising inserting (703) cyclic-prefixes in OFDM modulated output.

8. The method of any of claims 1 to 7, wherein each component carrier comprises a series of resource blocks having a bandwidth spanning a portion of a spectrum and existing for a span of N consecutive symbols in the time domain.

10. A computer program product comprising program code portions comprising instructions to perform, when run on a computer, the steps of any of claims 1 to 8.

11. The computer program product of claim 10, stored on a computer-readable recording medium. 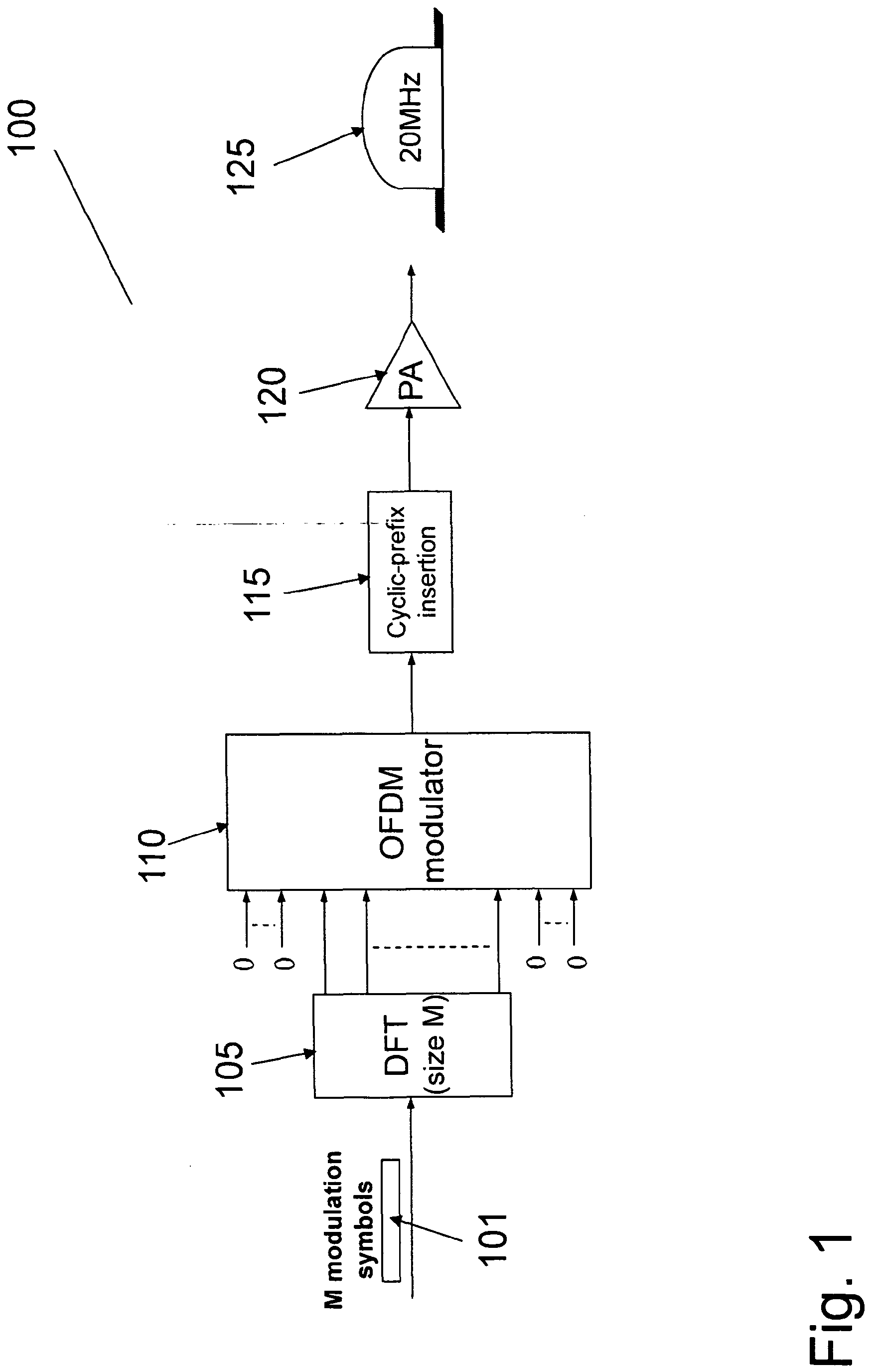 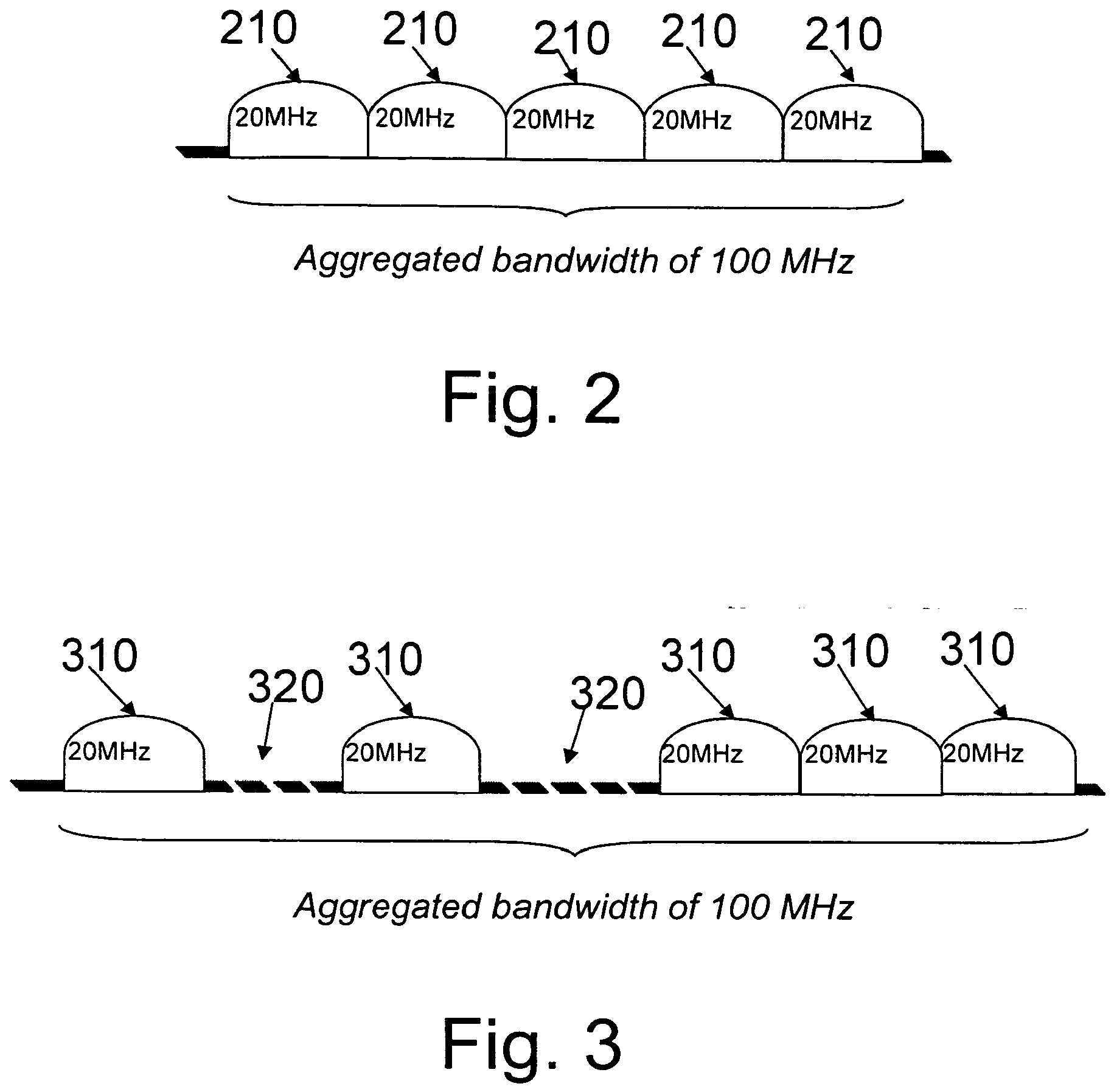 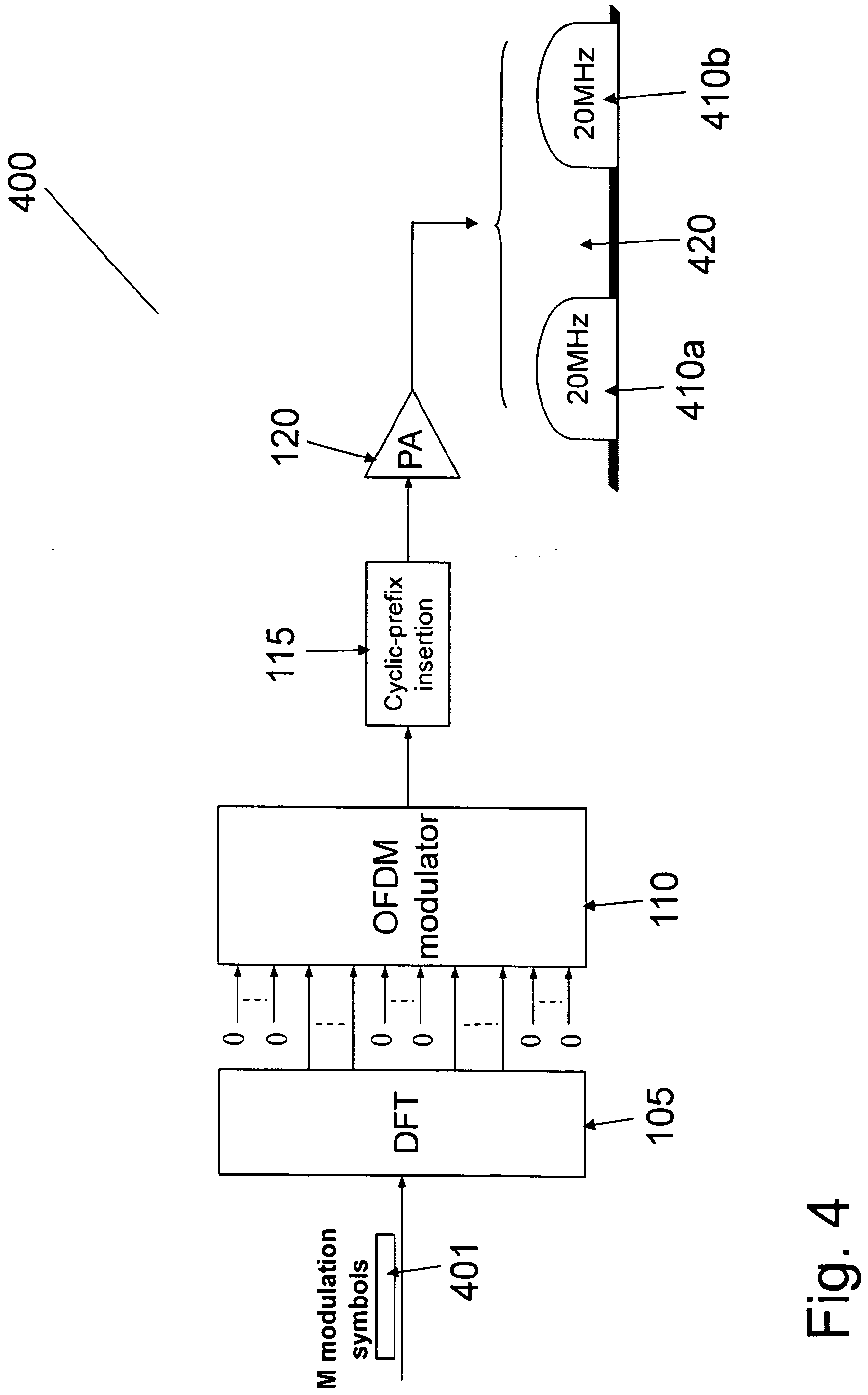 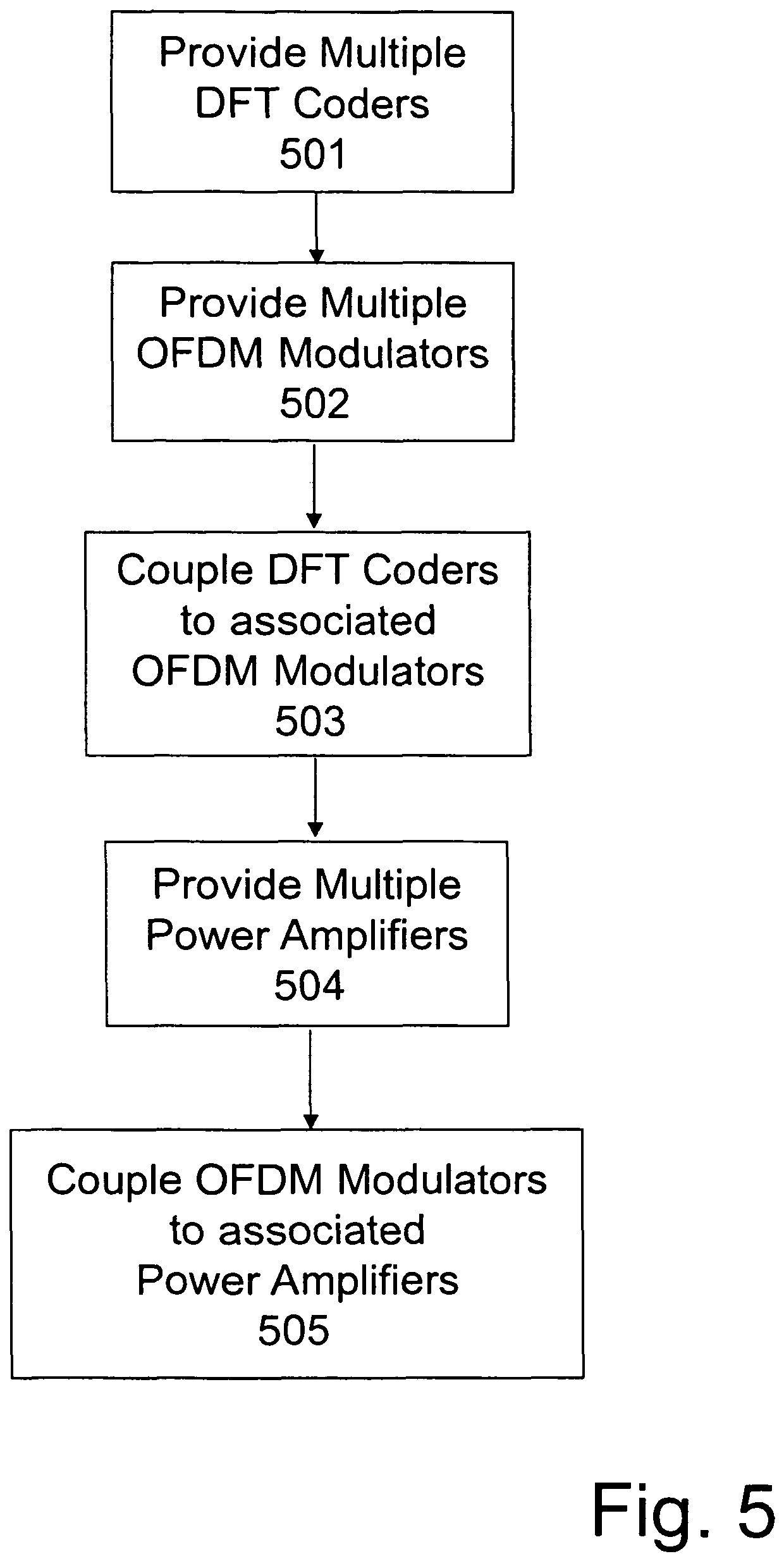 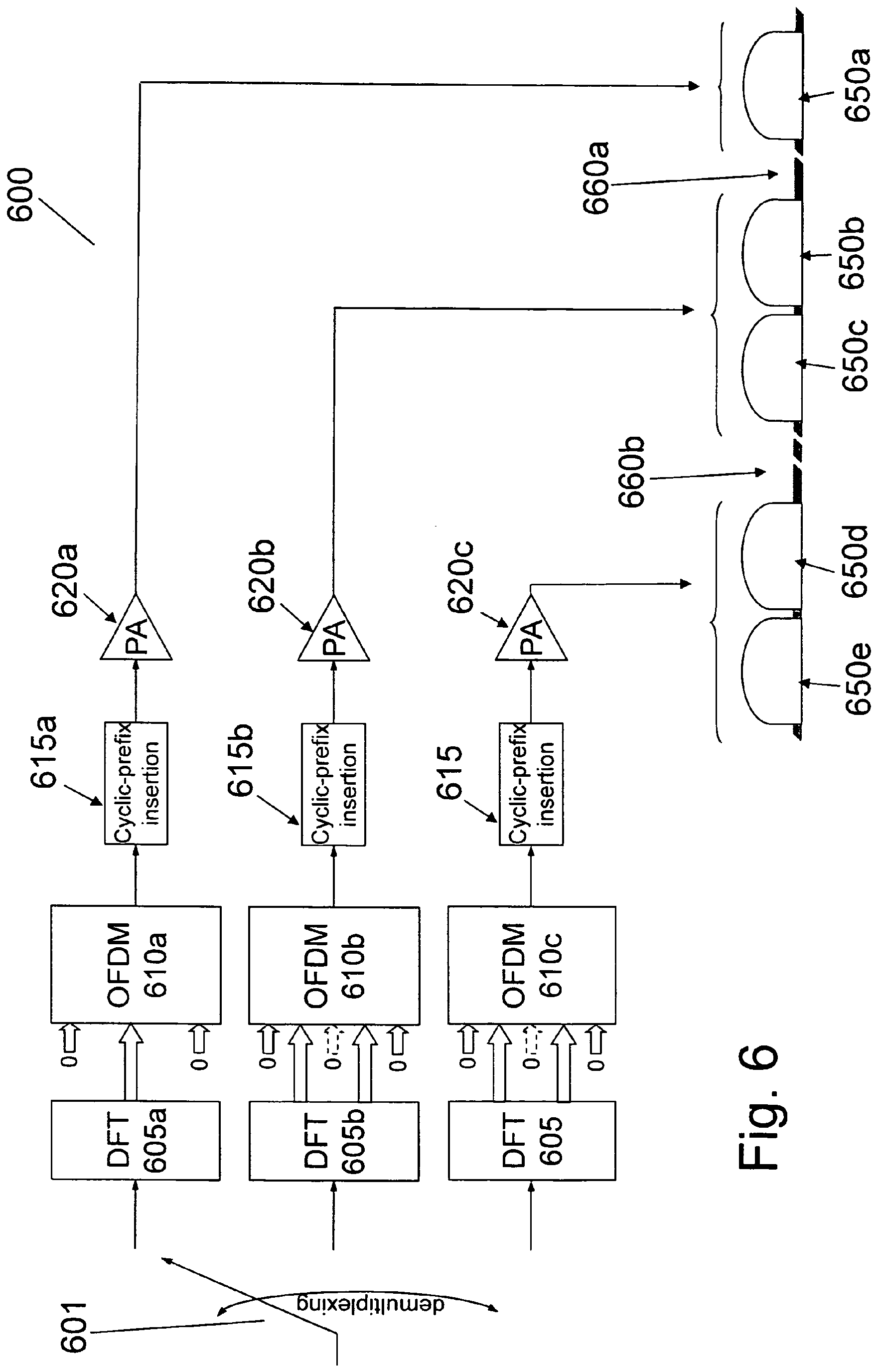 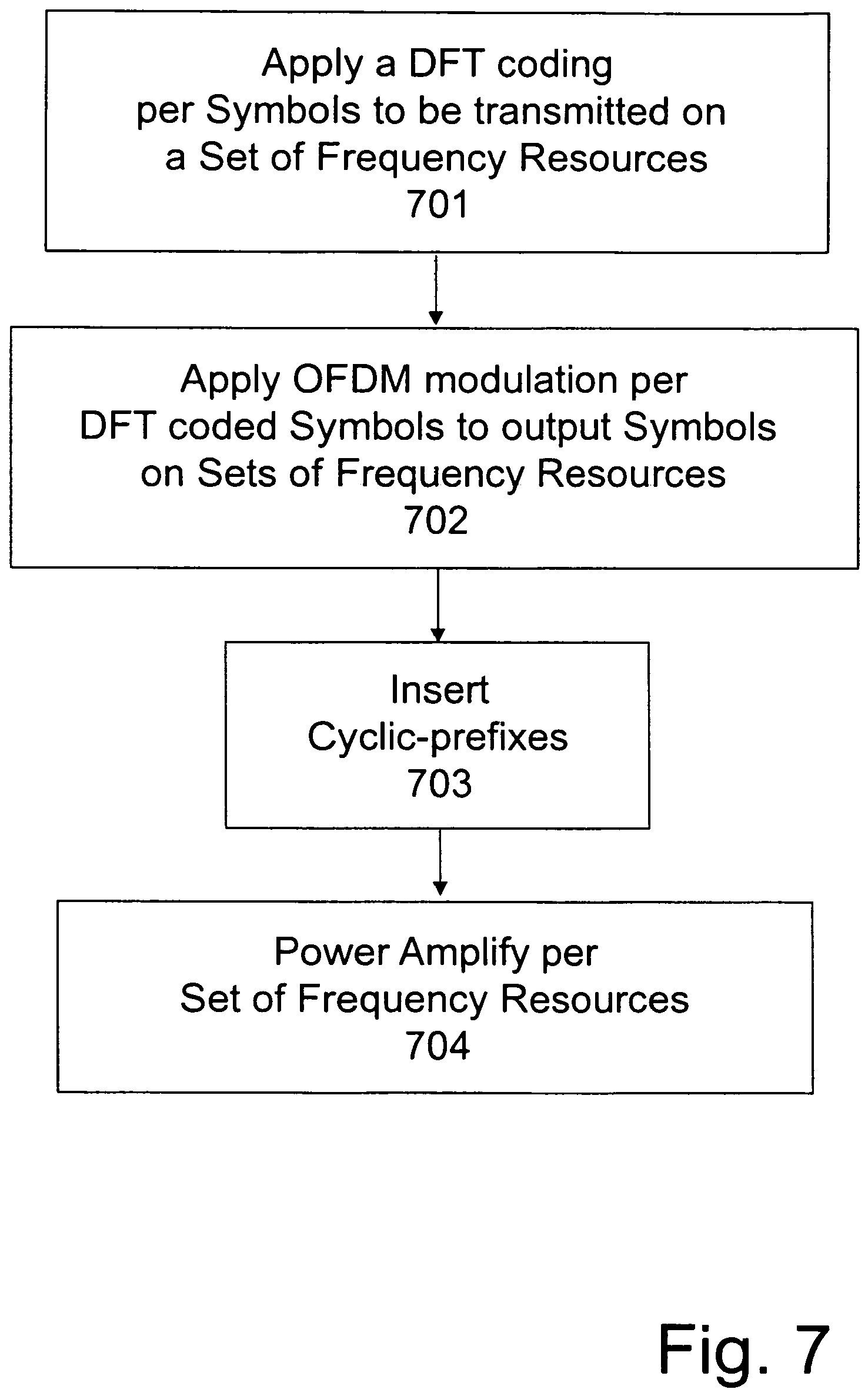