[0001] The invention is in the general field of systems and methods for testing electrical cables.

[0002] Cables frequently wear out and are a source of lost time when troubleshooting a system. Many times it is found that the problem with a system is a faulty cable. New cables need to be tested to verify the integrity of the cable and assure the end user of proper operation. US5,436,554 describes a device for determining interconnections between terminal positions at opposite ends of cables. Cable test methods exist, but it would be advantageous to have improvements in such test methods.

[0003] One area of potential improvement in cable test methods stems from a need to test a cable's pin-to-pin connections for continuity and isolation. It would be advantageous for such test methods to be fast, to allow testing to be performed quickly and accurately. It would also be advantageous for the testing to be adaptable so that multiple types of cables can be tested and individual tests can be changed quickly to take design changes into account (such as changes in the pin to pin connections of the cable).
[0004] The invention is defined by the appended claims.
[0005] To the accomplishment of the foregoing and related ends, the invention comprises the features hereinafter fully described and particularly pointed out in the claims. The following description and the annexed drawings set forth in detail certain illustrative embodiments of the invention. These embodiments are indicative, however, of but a few of the various ways in which the principles of the invention may be employed. Other objects, advantages and novel features of the invention will become apparent from the following detailed description of the invention when considered in conjunction with the drawings.

[0006] The annexed drawings, which are not necessarily to scale, show various aspects of the invention.

Fig. 1 is a schematic diagram of cable testing configuration in accordance with an embodiment of the invention.

Fig. 3 is a high level flow chart of certain method steps in a cable testing method in accordance with an embodiment of the present invention.

Fig. 4 is a schematic diagram of still another embodiment of a cable testing configuration in accordance with the present invention.

electrically coupling ends (40, 42) of cable electrical conductors of the cable (12, 206) to respective of the connector electrical contacts (24) of the tester (14, 202) that have a corresponding number of contacts;

at the same time as the sending, monitoring, using the computer (16, 204), at least multiple other of the connector electrical contacts (24);

2. The method of claim 1, wherein the sending and the monitoring (120) are repeated sequentially for other of the connector electrical contacts.

3. The method of any of claim 1 or claim 2, wherein the sending and the monitoring (120) are repeated for all of the connector electrical contacts (24) that are in contact with cable electrical conductors.

4. The method of any of claims 1 to 3, further comprising communicating the result of the testing (126).

5. The method of claim 4, wherein the communicating includes illuminating one of a series of lights to indicate the result of the testing.

wherein the cable test configuration is configured to perform the method of claim 1.

10. The test configuration of claim 9 or claim 10, wherein tester (14,202) includes multiple lights that are coupled to the computer, for indicating test results. 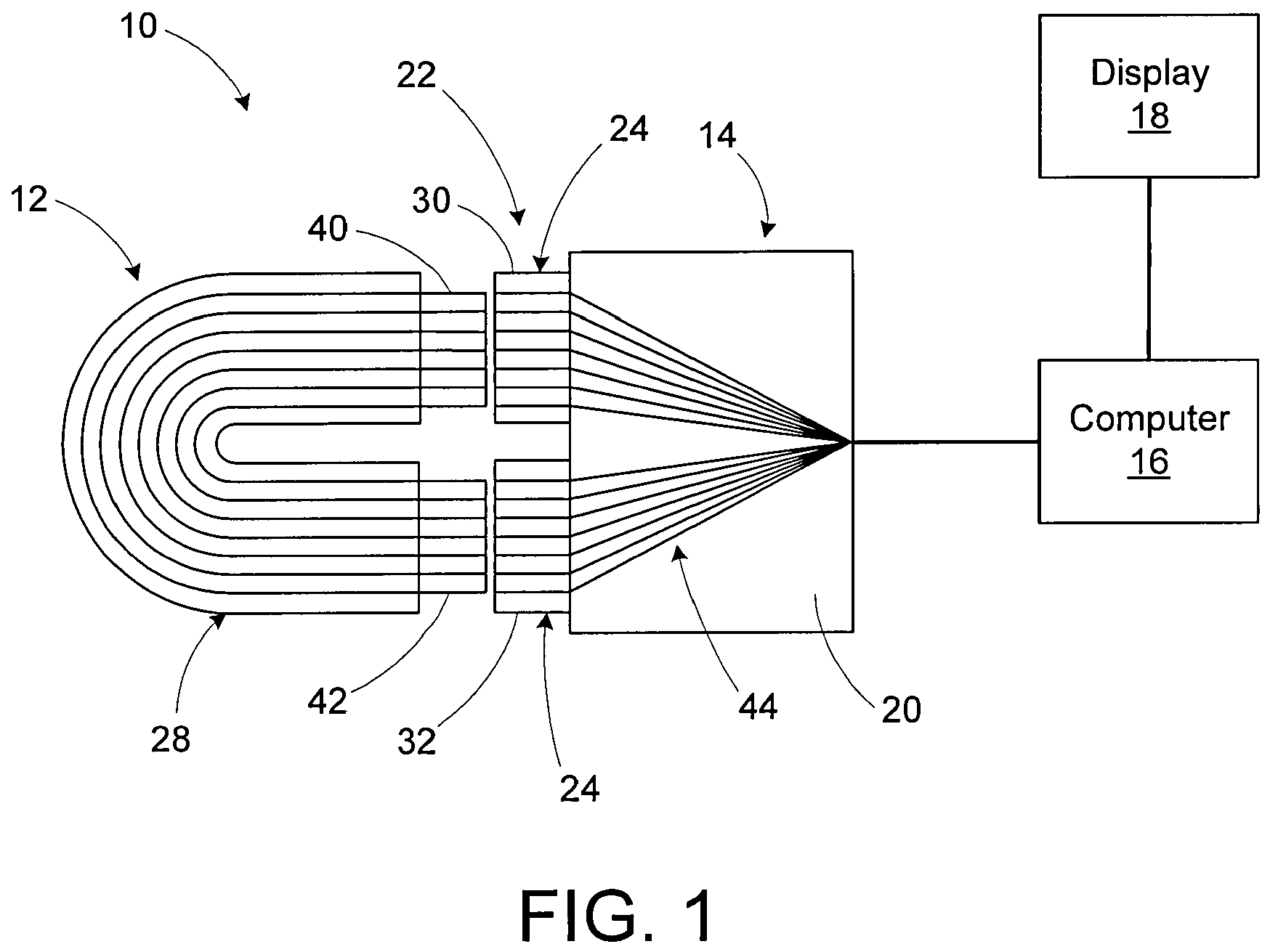 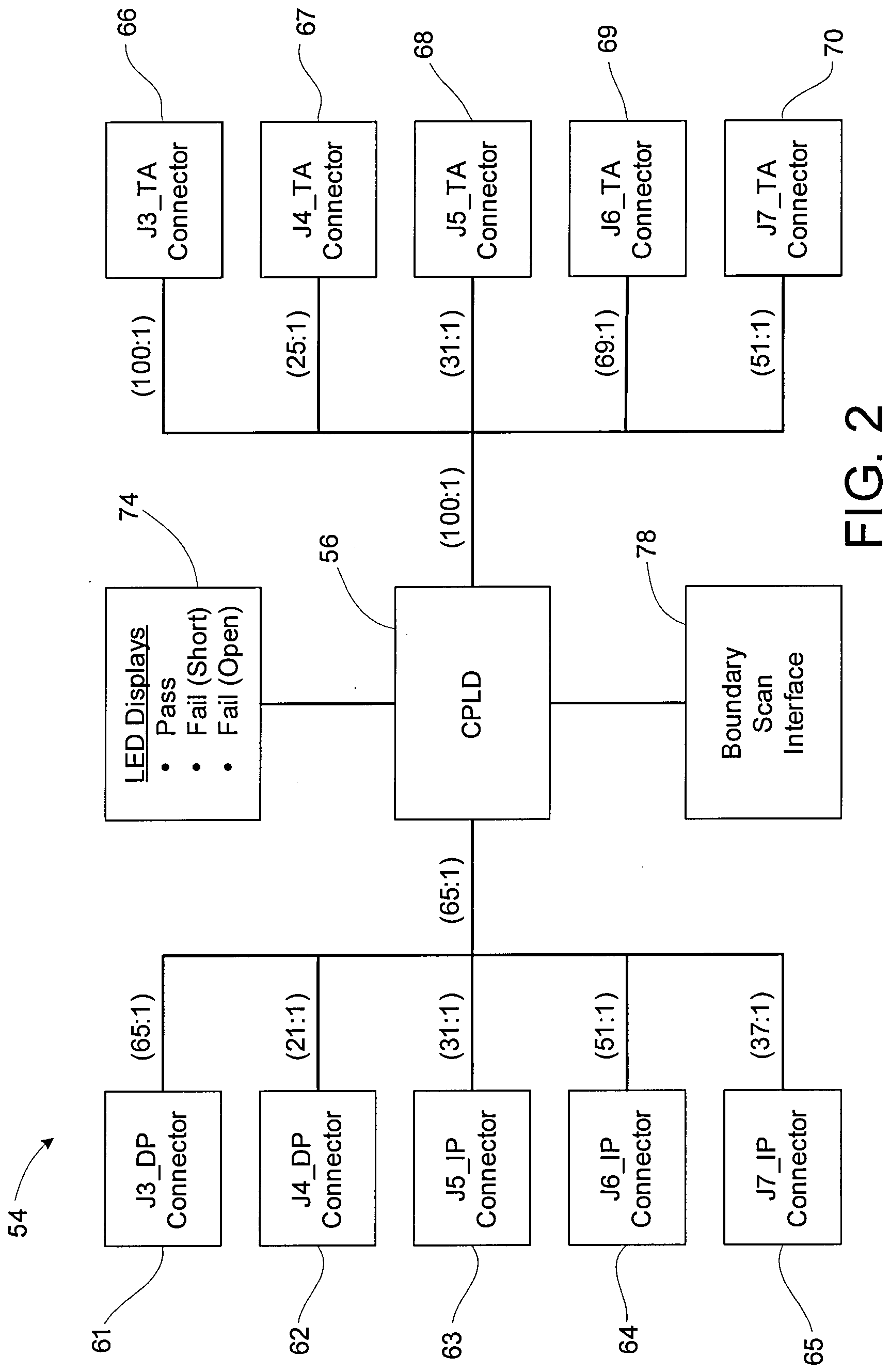 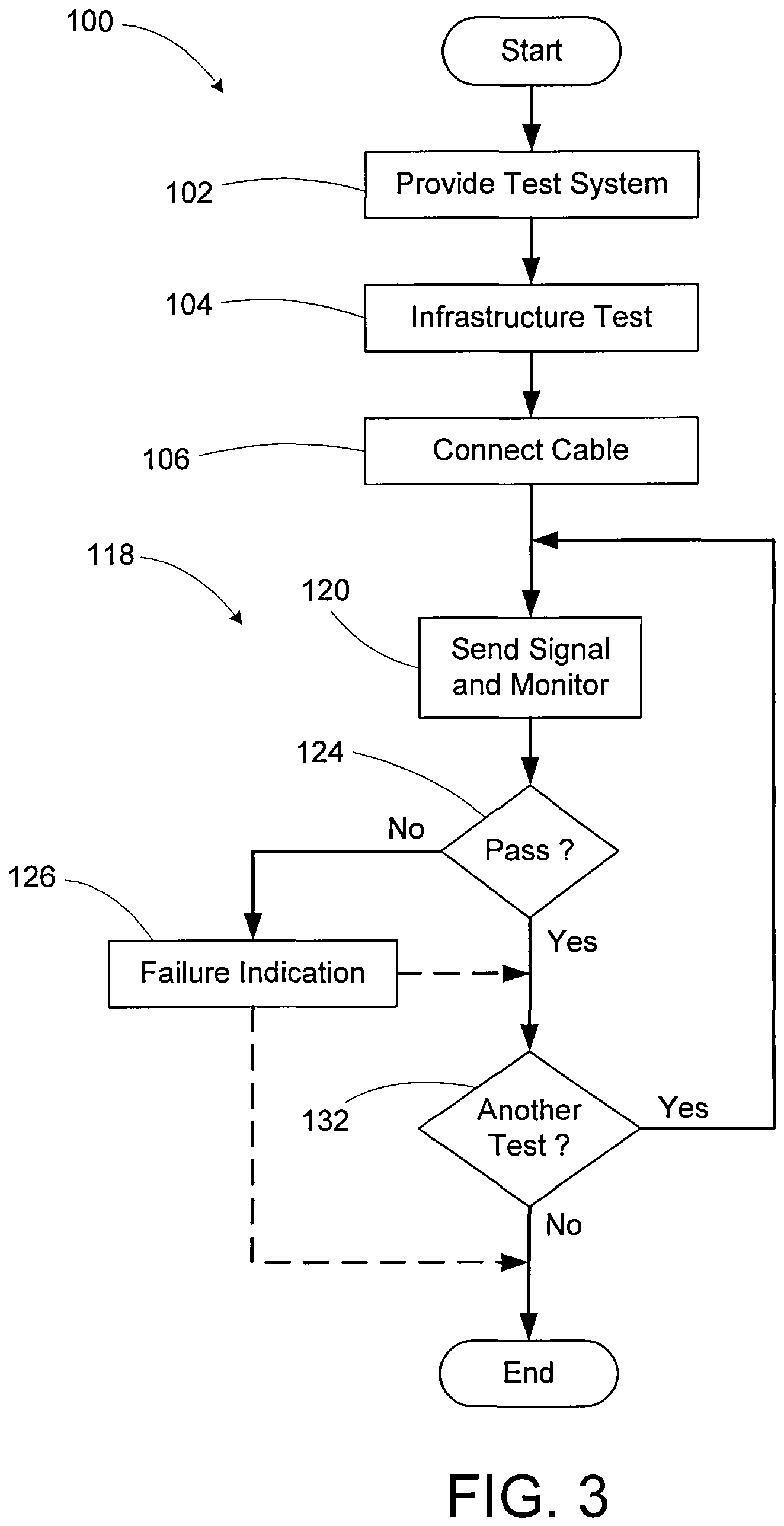 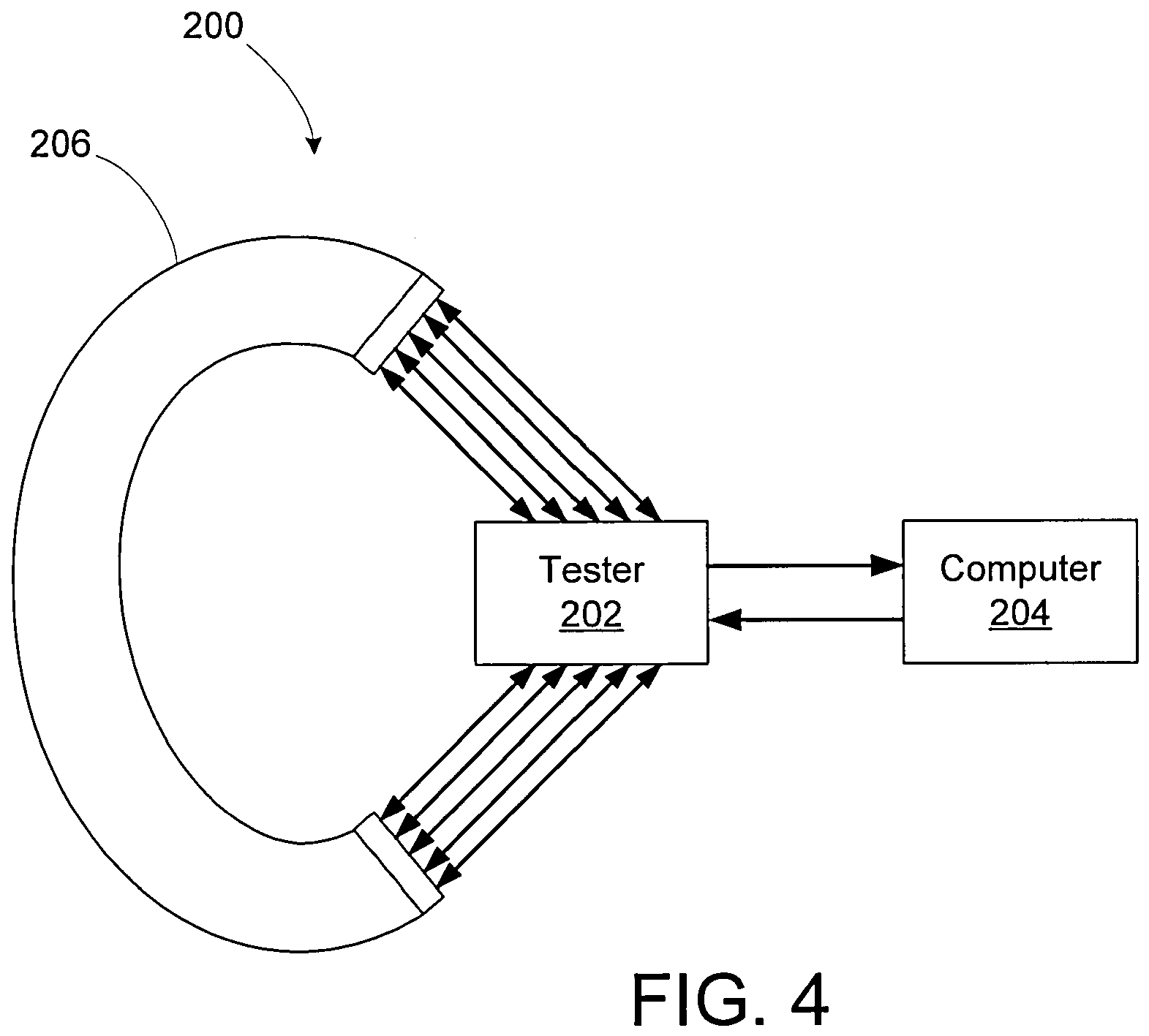