[0001] This application relates to a hollow fan blade for a gas turbine engine, wherein a unique rib geometry is utilized.
[0002] Gas turbine engines may be provided with a fan for delivering air to a compressor section. From the compressor section, the air is compressed and delivered into a combustion section. The combustion section mixes fuel with the air and combusts the combination. Products of the combustion pass downstream over turbine rotors, which in turn are driven to rotate and rotate the compressor and fan.
[0003] The fan may include a rotor having a plurality of blades.
[0004] One type of fan blade is a hollow fan blade having a plurality of channels defined by intermediate ribs in a main fan blade body. An outer skin is attached over the main fan blade body to close off the cavities. The blades are subject to a number of challenges, including internal stresses that vary along a length of the fan blade.
[0005] A prior art fan blade having the features of the preamble of claim 1 is disclosed in EP0926312 A2. A prior art method of manufacturing an aerofoil for a gas turbine engine is disclosed in EP2014386 A1. A further prior art fan blade is disclosed in EP2239083 A1.

[0006] The present invention provides a fan blade, as recited in claim 1.

[0007] The invention will be described with regard to the specific and drawings, the following of which is a brief description.

Figure 1A shows a fan blade.

Figure 1B shows another feature of the Figure 1A fan blade.

Figure 2 is a cross-sectional view along line 2-2 as shown in Figure 1A.

Figure 3 shows a main body of the Figure 1A fan blade.

Figure 4 is a simplified view of one rib.

Figure 5A is a first arrangement taken along line 5-5 of Figure 4.

Figure 5B is a second arrangement taken along line 5-5 of Figure 4.

Figure 5C is a third arrangement taken along line 5-5 of Figure 4.

Figure 6A is a first embodiment rib break-edge.

Figure 6B is a second embodiment rib break-edge.

Figure 7 shows another area within the fan blade.

Figure 8 shows a radially inner end of the channels. 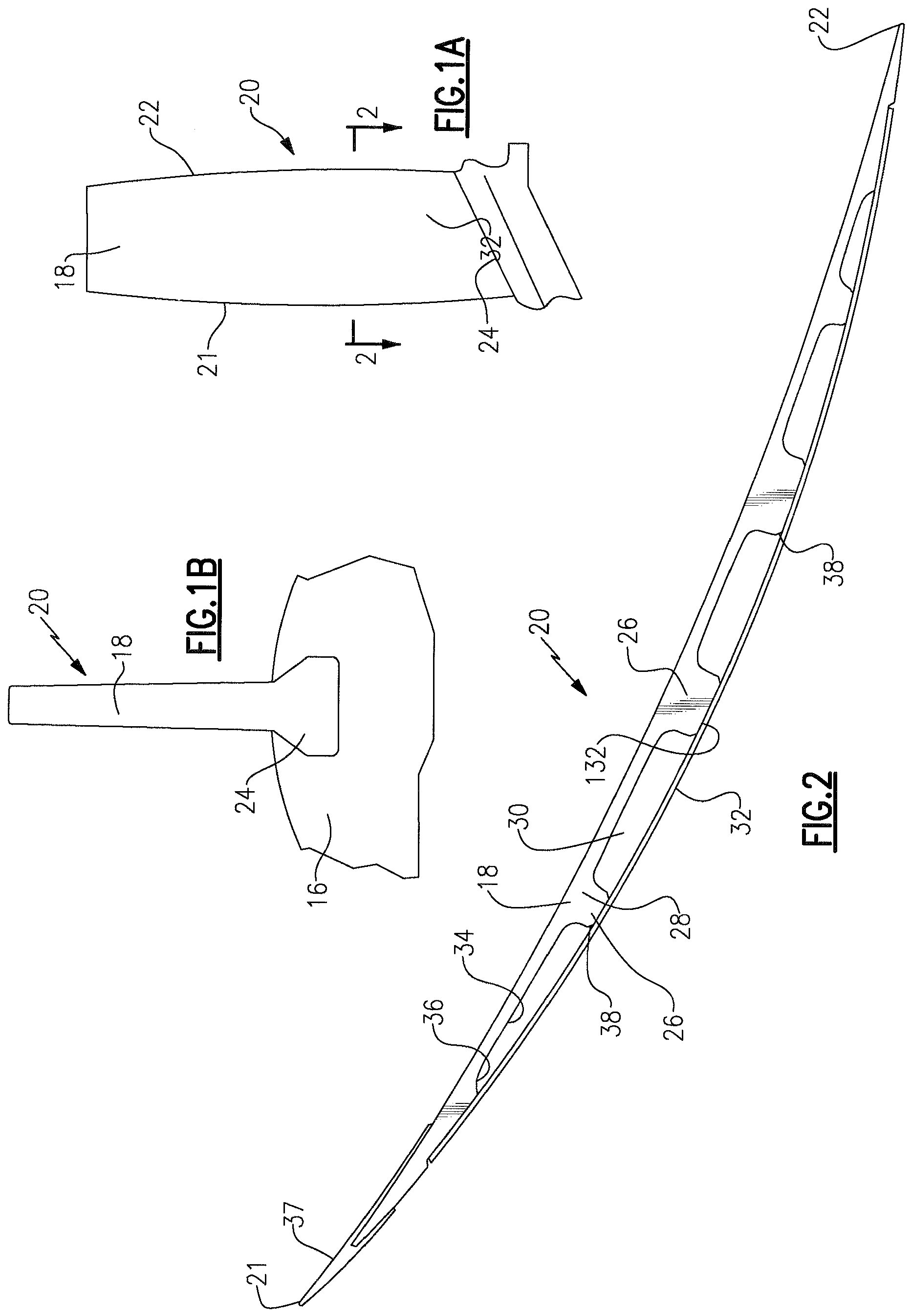 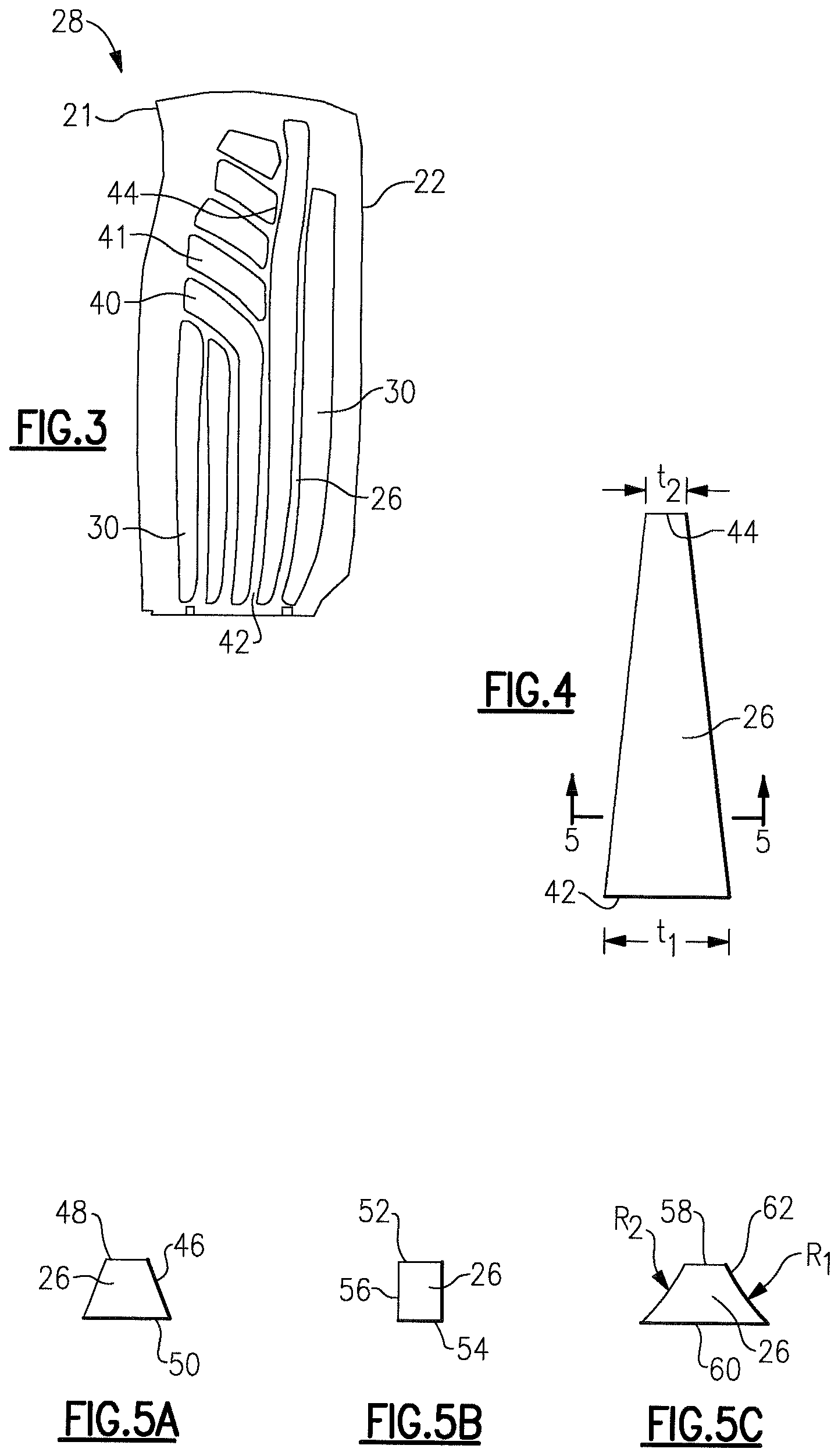