[0001] In the past, computing applications such as computer games and multimedia applications used controllers, remotes, keyboards, mice, or the like to allow users to manipulate game characters or other aspects of an application. More recently, computer games and multimedia applications have begun employing cameras and software gesture recognition engines to provide a natural user interface ("NUI"). With NUI, user gestures are detected, interpreted and used to control game characters or other aspects of an application.
[0002] Mice and other such controllers provide a well-defined interface for interacting with computing systems. One of the challenges of NUI systems is that the interface is controlled by a user's interaction with, and perception of, the 3-D space in which they move. However, physical, societal and other personal traits make each user at least slightly different, and as such, different users interact with NUI systems in different ways. Thus, for example, where a user's performance of a gesture varies from the norm, the NUI system may not understand the user's intention. While a user's own NUI system can be tuned over time to their personal style of interaction, the user may have trouble interacting with NUI systems other than their own.
[0003] WO 03/053060 A1 discloses that a remote control device includes a biometric scanner, which reads biometric data, such as fingerprints, handprints, DNA, voiceprints, eye geometry, and the like, to authenticate viewers for use of services provided by an interactive video casting system, such as electronic mail, on-line shopping, pay-per-view, favorite channels, or other service. The biometric data, in conjunction with viewer profiles, may be used to present targeted programming, such as television commercials, to the viewers.
[0004] US 6,072,494 discloses a system and method for providing a gesture recognition system for recognizing gestures made by a moving subject within an image and performing an operation based on the semantic meaning of the gesture. A subject, such as a human being, enters the viewing field of a camera connected to a computer and performs a gesture, such as flapping of the arms. The gesture is then examined by the system one image frame at a time. Positional data is derived from the input frames and compared to data representing gestures already known to the system. The comparisons are done in real-time and the system can be trained to better recognize known gestures or to recognize new gestures.
[0005] Despite presenting difficulties for a NUI system, a user's personal traits have potential benefits which at present are not being taken advantage of. For example, current systems go to lengths to ensure proper authentication of users through login protocols and passwords, but do not use the wealth of information provided by a user's personal traits for authentication purposes.

Fig. 1A illustrates an example embodiment of a target recognition, analysis, and tracking system with a user participating in a game.

Fig. 1B illustrates a further example embodiment of a target recognition, analysis, and tracking system with a user operating a graphical user interface.

Fig. 2 illustrates an example embodiment of a capture device that may be used in a target recognition, analysis, and tracking system.

Fig. 3 illustrates a network topology for implementing embodiments of the present technology.

Fig. 4A illustrates an example embodiment of a computing environment that may be used to interpret one or more gestures in a target recognition, analysis, and tracking system.

Fig. 4B illustrates another example embodiment of a computing environment that may be used to interpret one or more gestures in a target recognition, analysis, and tracking system.

Fig. 5 illustrates a skeletal mapping of a user that has been generated from the target recognition, analysis, and tracking system of Fig. 2.

Fig. 6 is a flowchart showing the generation and storage of a personal traité profile.

Fig. 7 is a flowchart showing the accessing of a personal trait profile.

Fig. 8 is a flowchart of a system for authentication using a personal trait profile.

Fig. 9 is a block diagram of a system for recognizing user gestures.

Fig. 10 is a flowchart of the operation of the system for recognizing user gestures shown in Fig. 9.

1. A method for providing a natural user interface by employing a capture device (20) and software gesture recognition engines, the method comprising:

c) providing (432) the data relating to personal traits of the user stored in said step b) to the second computing environment (10-2);

(i) a central database (62) accessible to the third computing environment via a client-server network topology; and 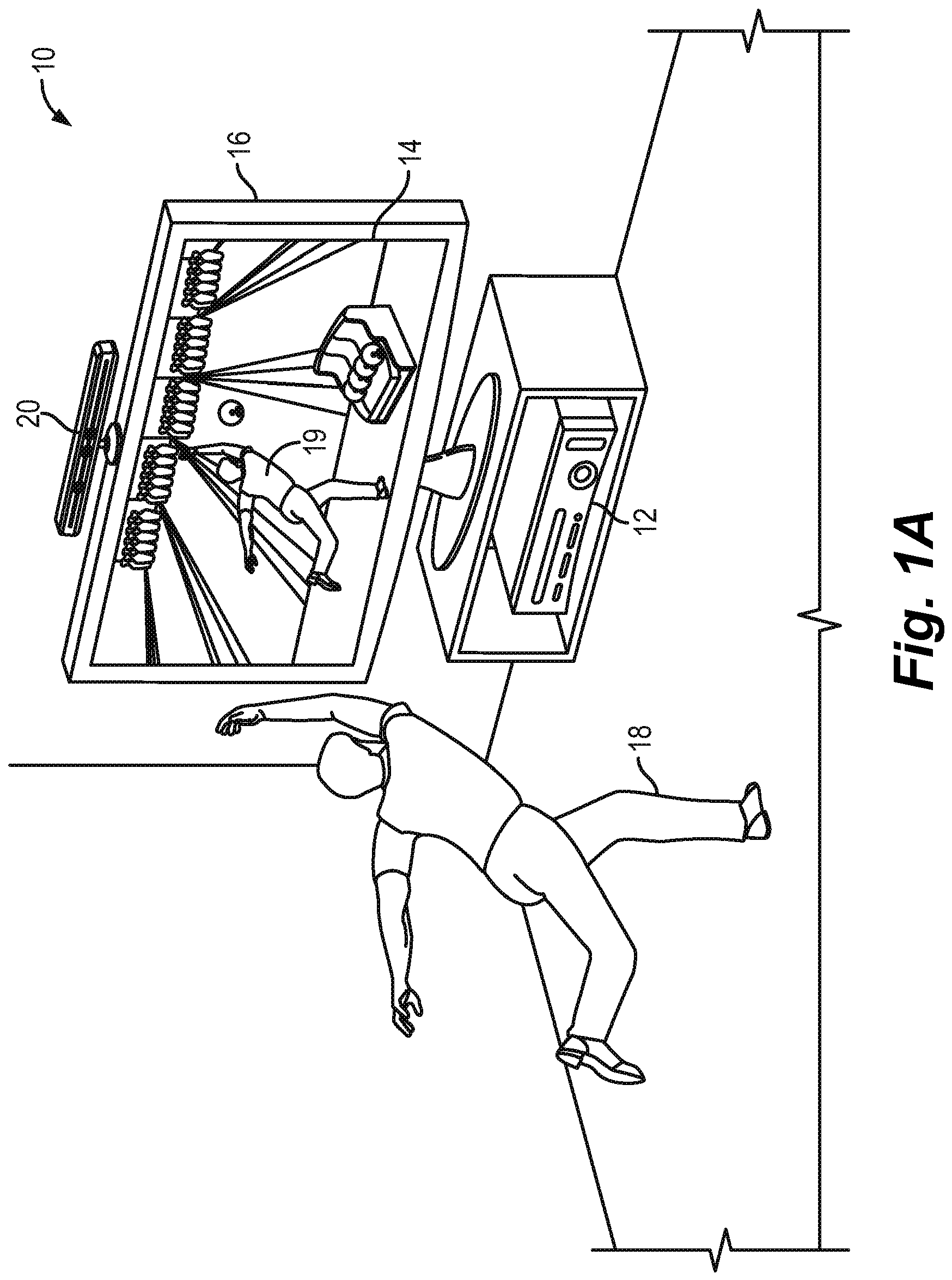 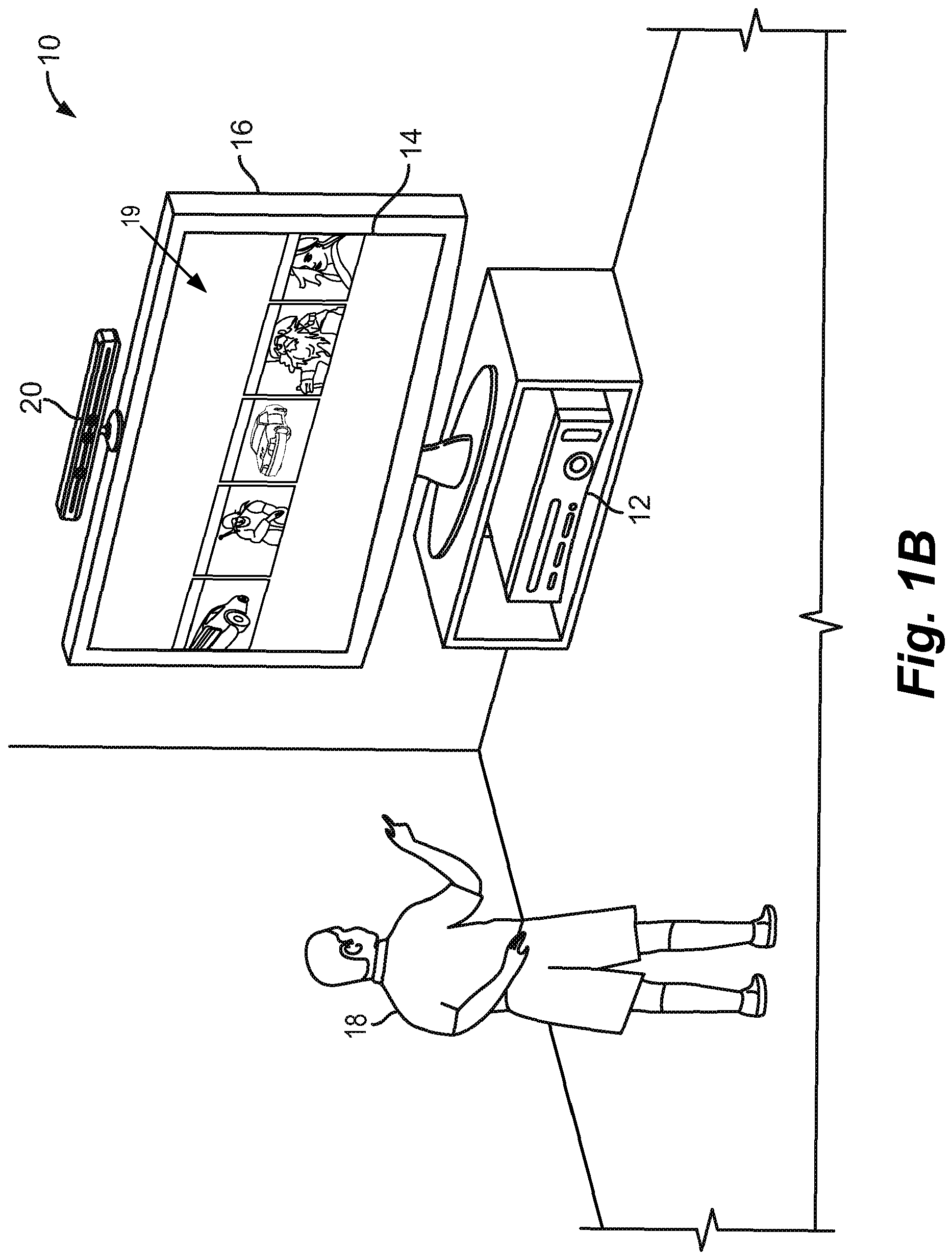 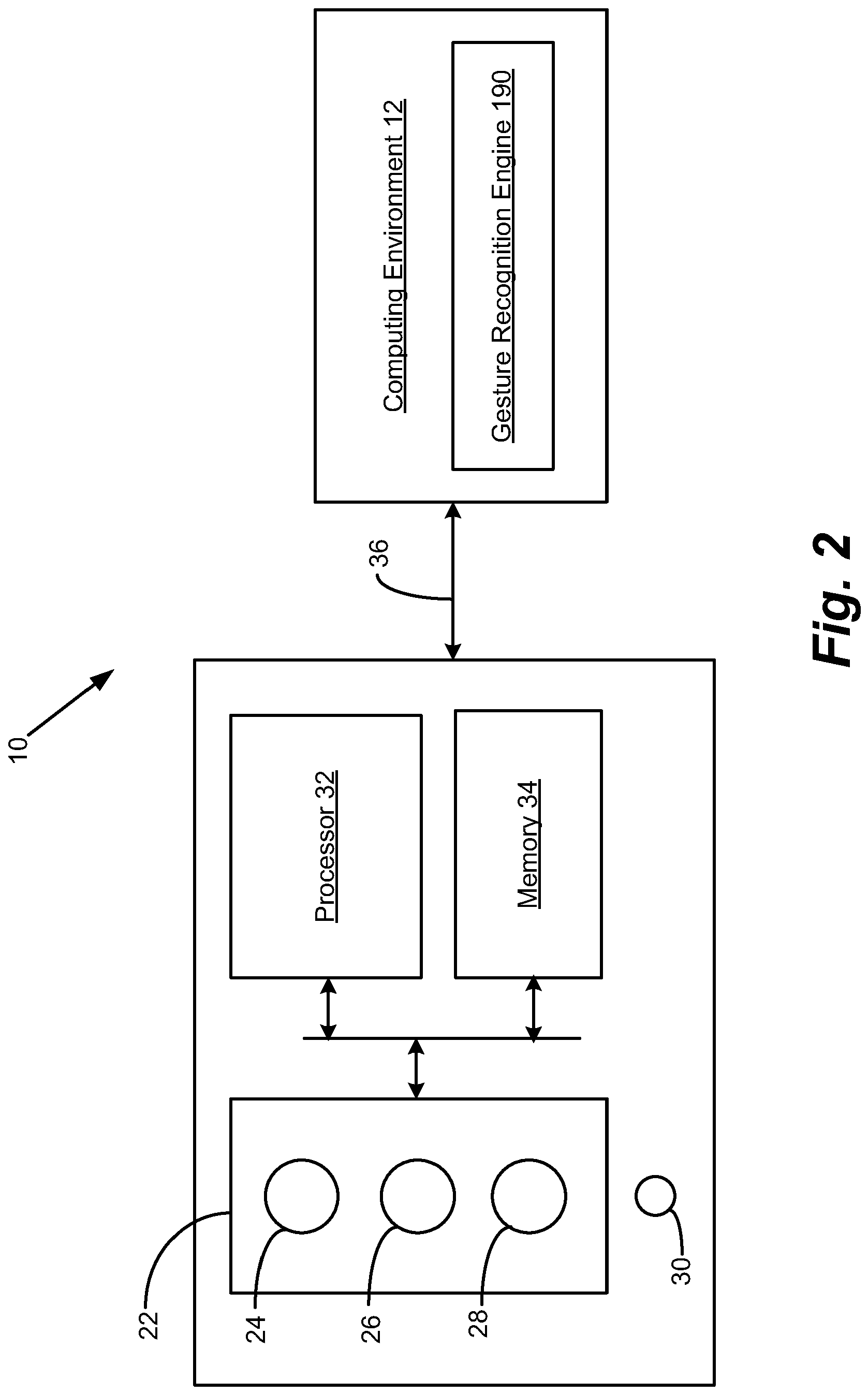 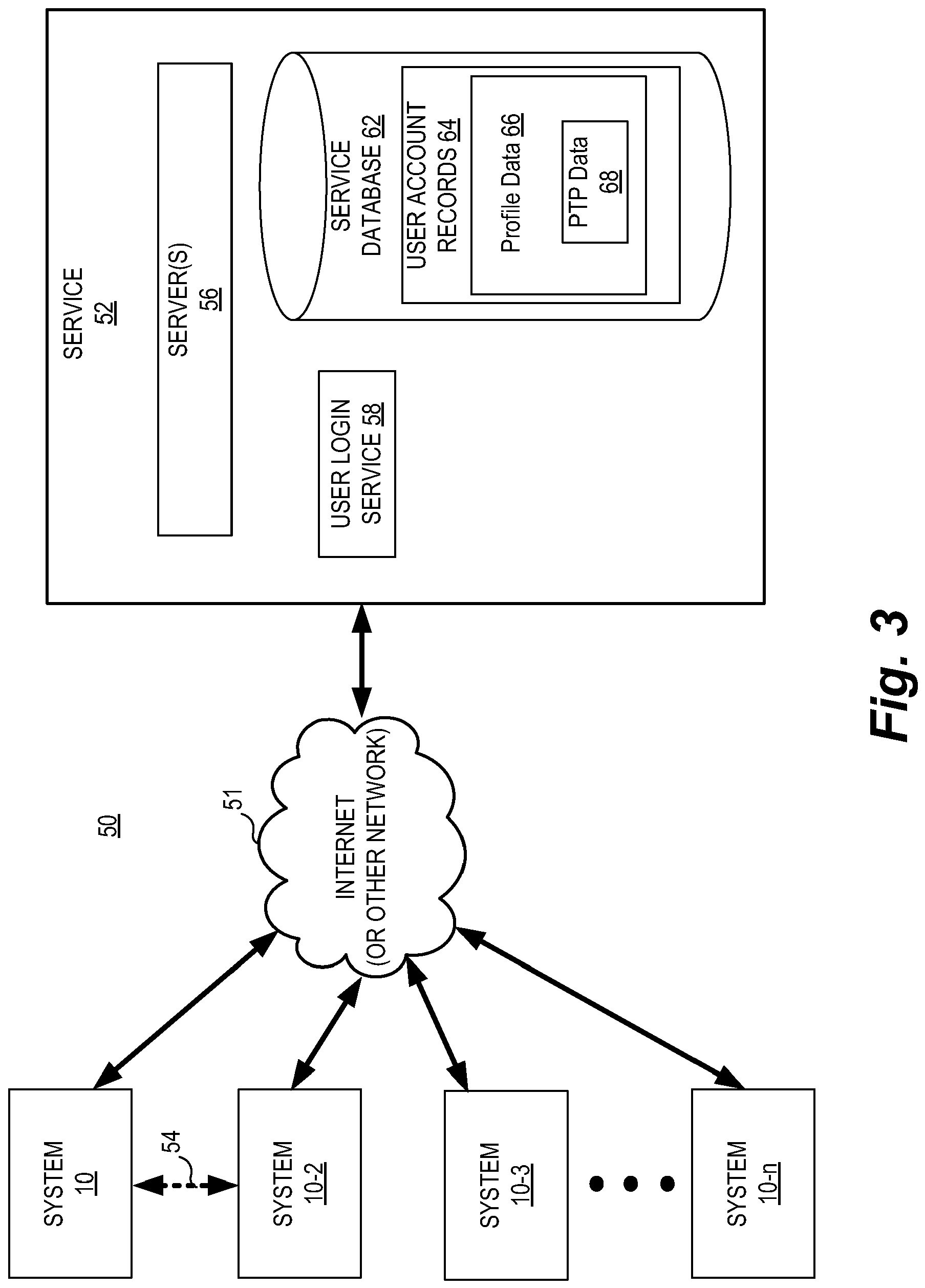 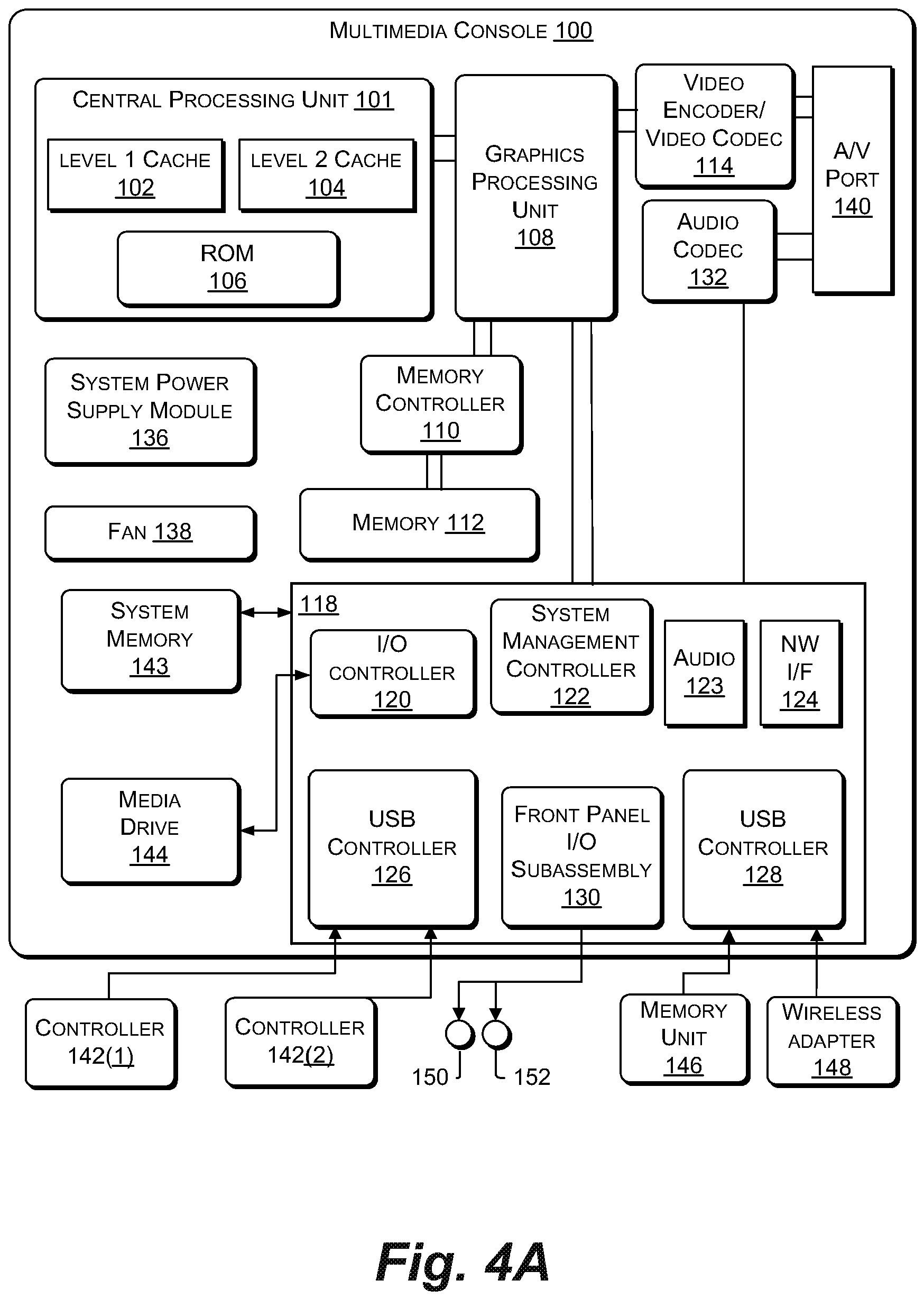 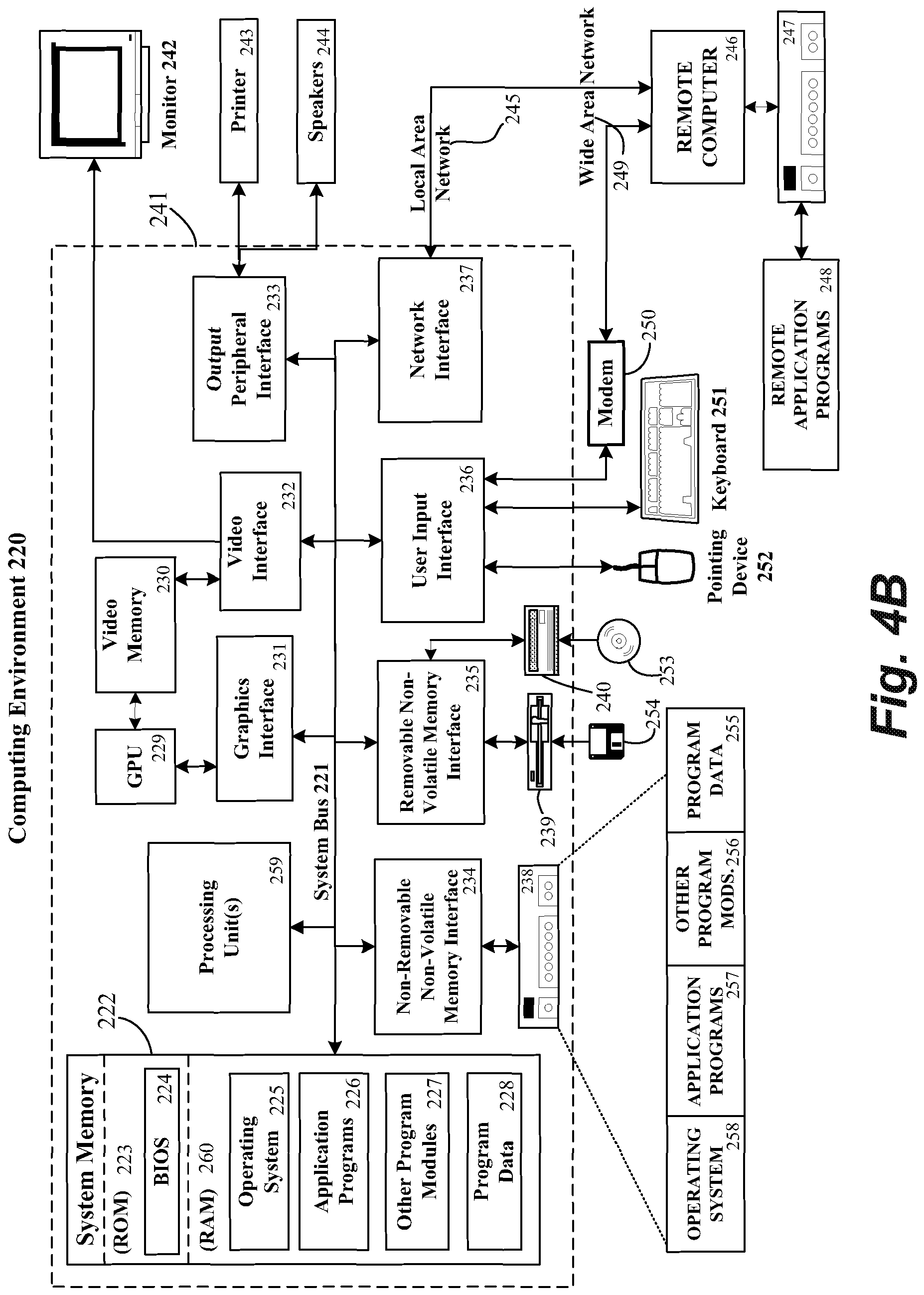 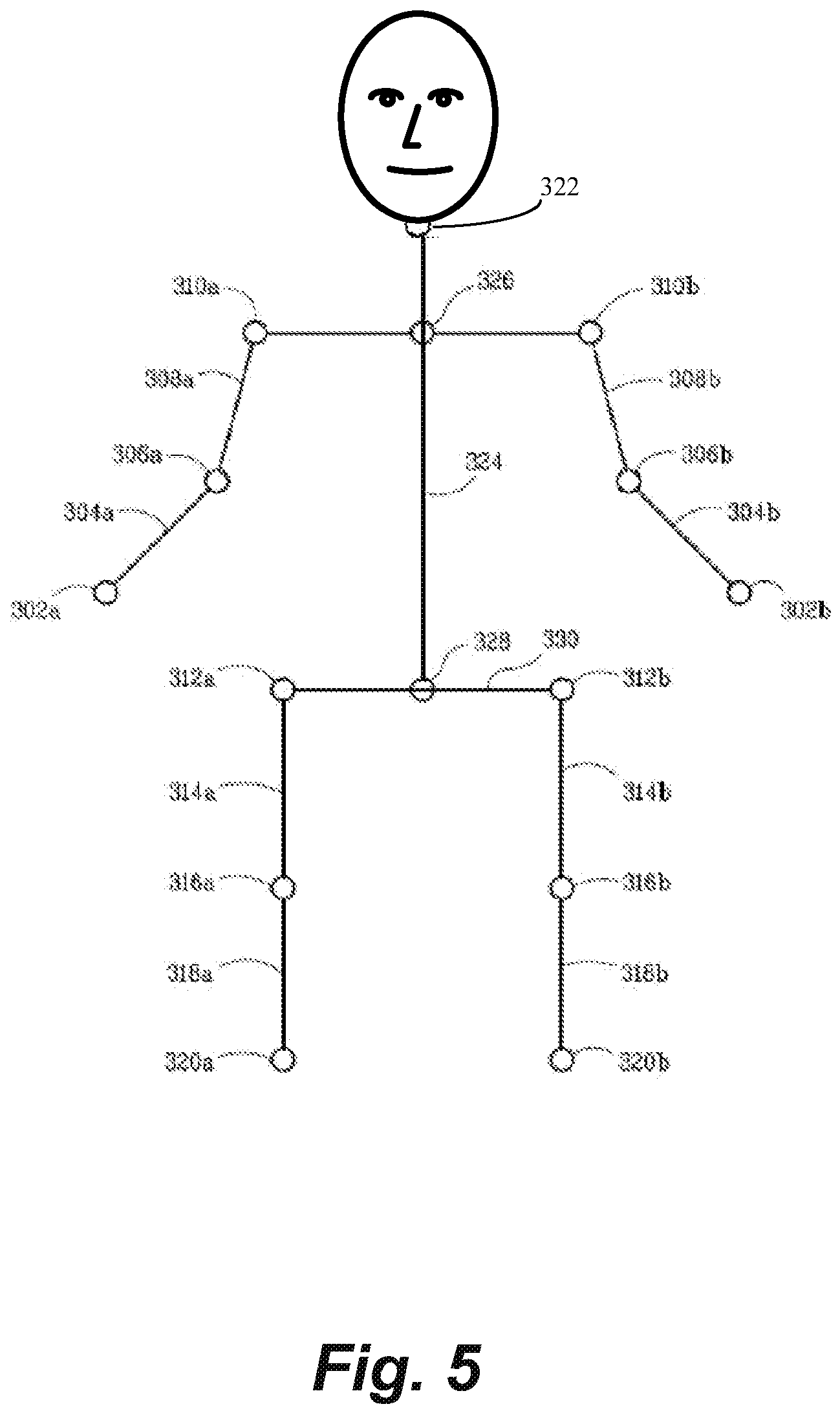 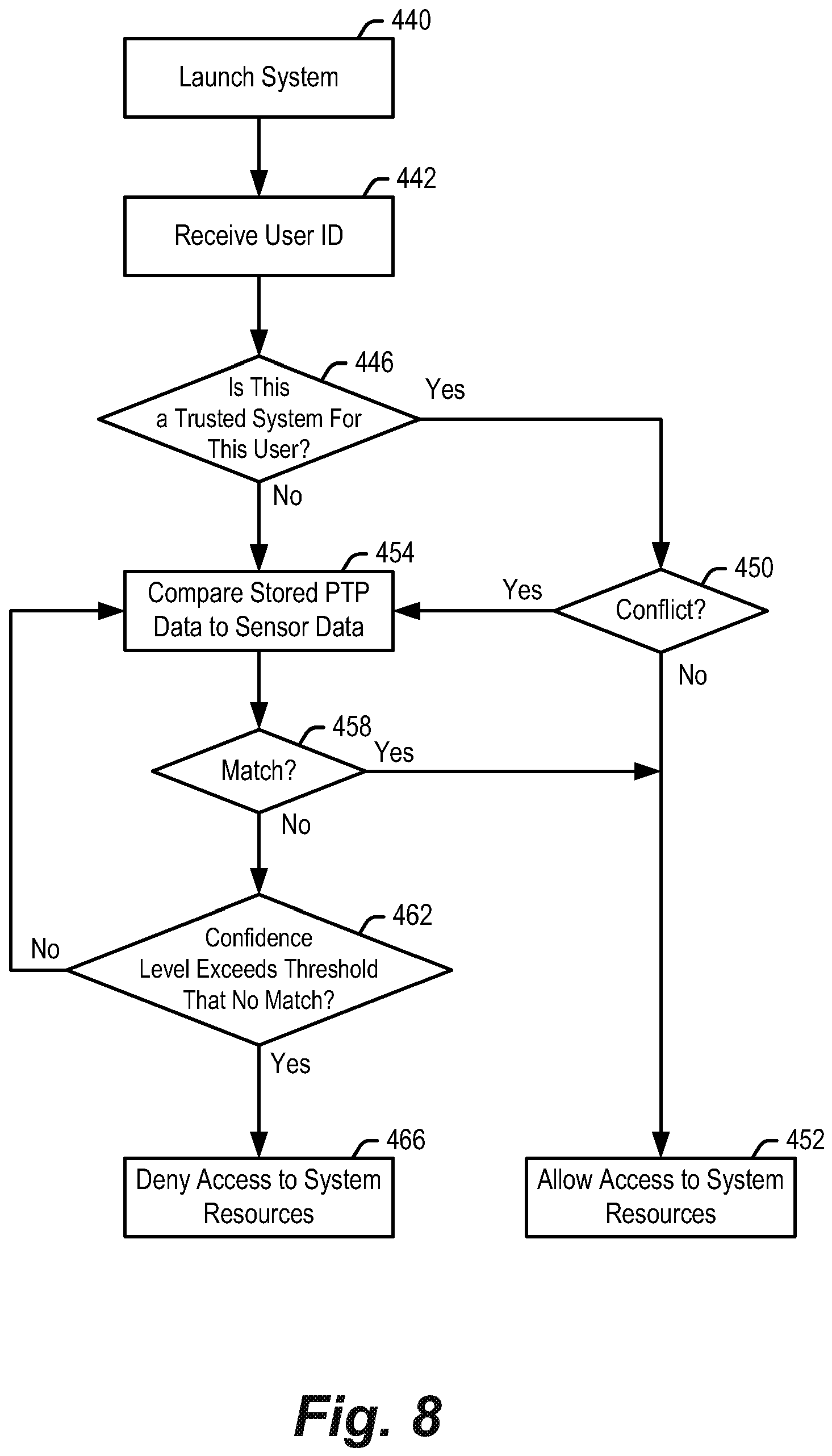