[0001] The present invention relates to Improvements in sample analysis, and in particular the analysis of samples by irradiating the sample with electromagnetic radiation.

[0034] The present invention will be described, by way of example only, with reference to the accompanying drawings, in which:

Figure 1 shows the principles of laminography;

Figure 2 is a schematic view of a prior art X-ray scatter gathering apparatus;

Figure 3 is a view of the footprints of Debye cones generated at the receiving surface of the apparatus of Figure 2;

Figure 5 shows the operation of a method of collecting absorption data according to a first embodiment;

Figures 6-9 show further aspects of the operation of a method of collecting absorption data according to a first embodiment; and

Figure 10 shows example images that can be produced according to an embodiment. 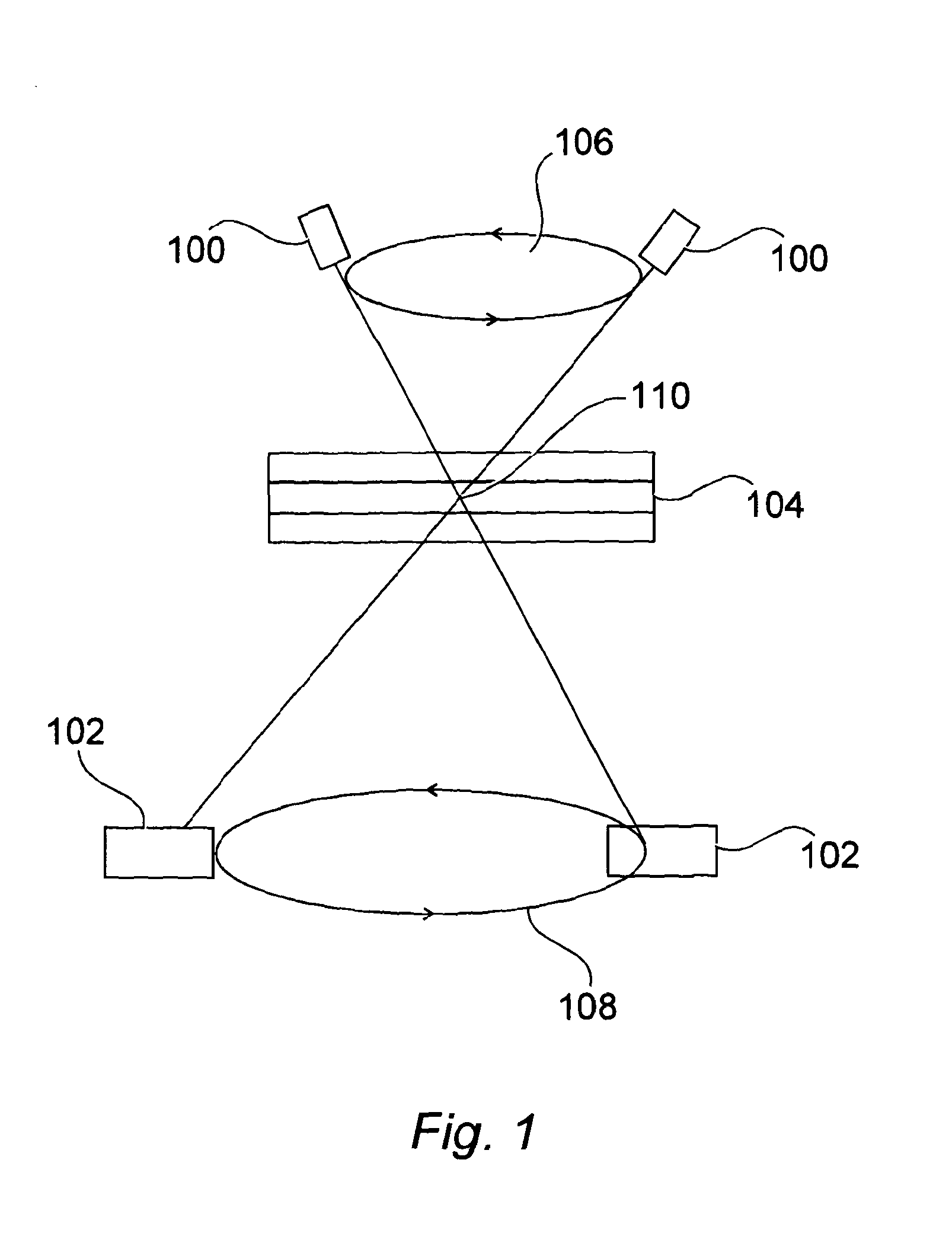 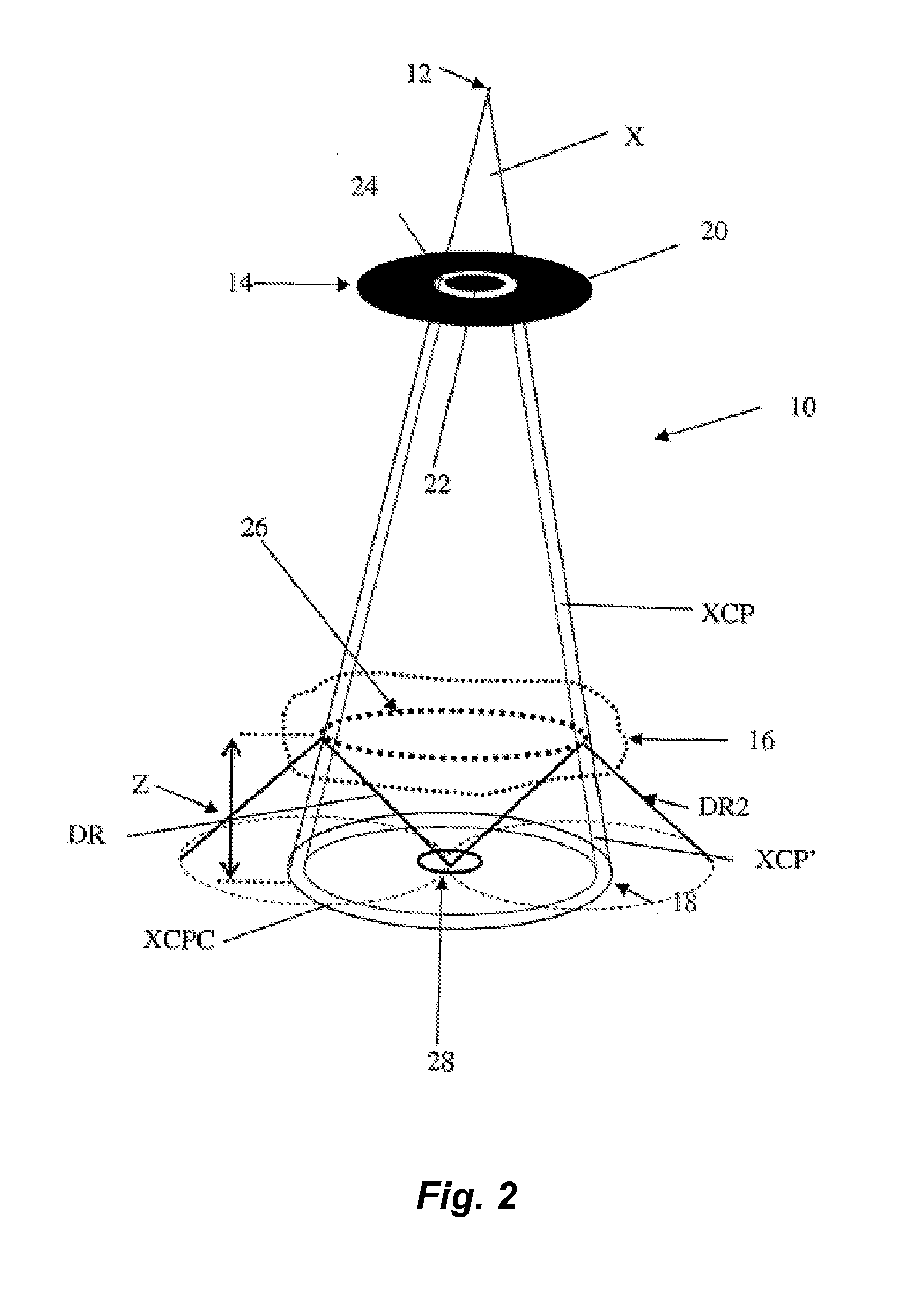 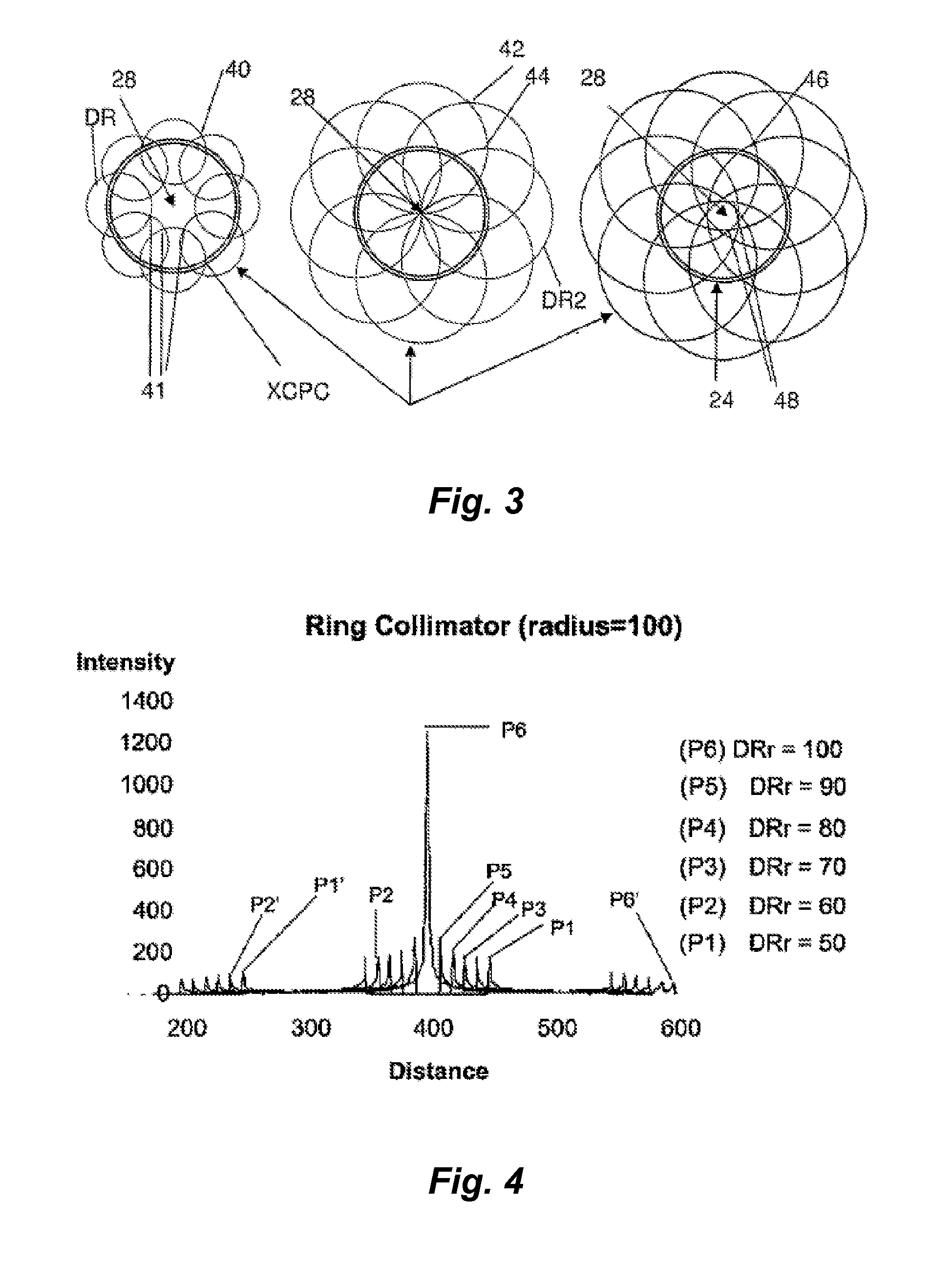 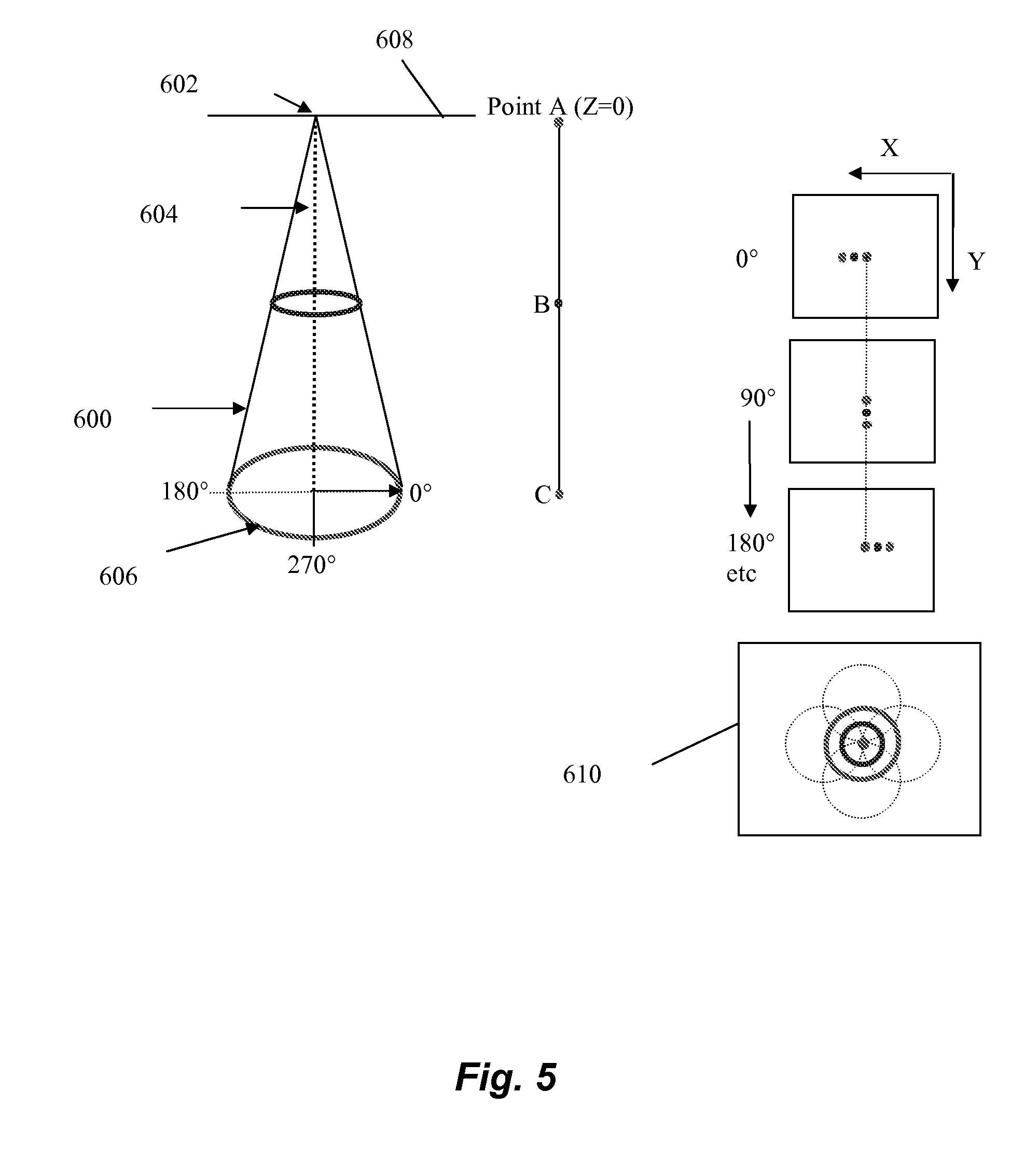 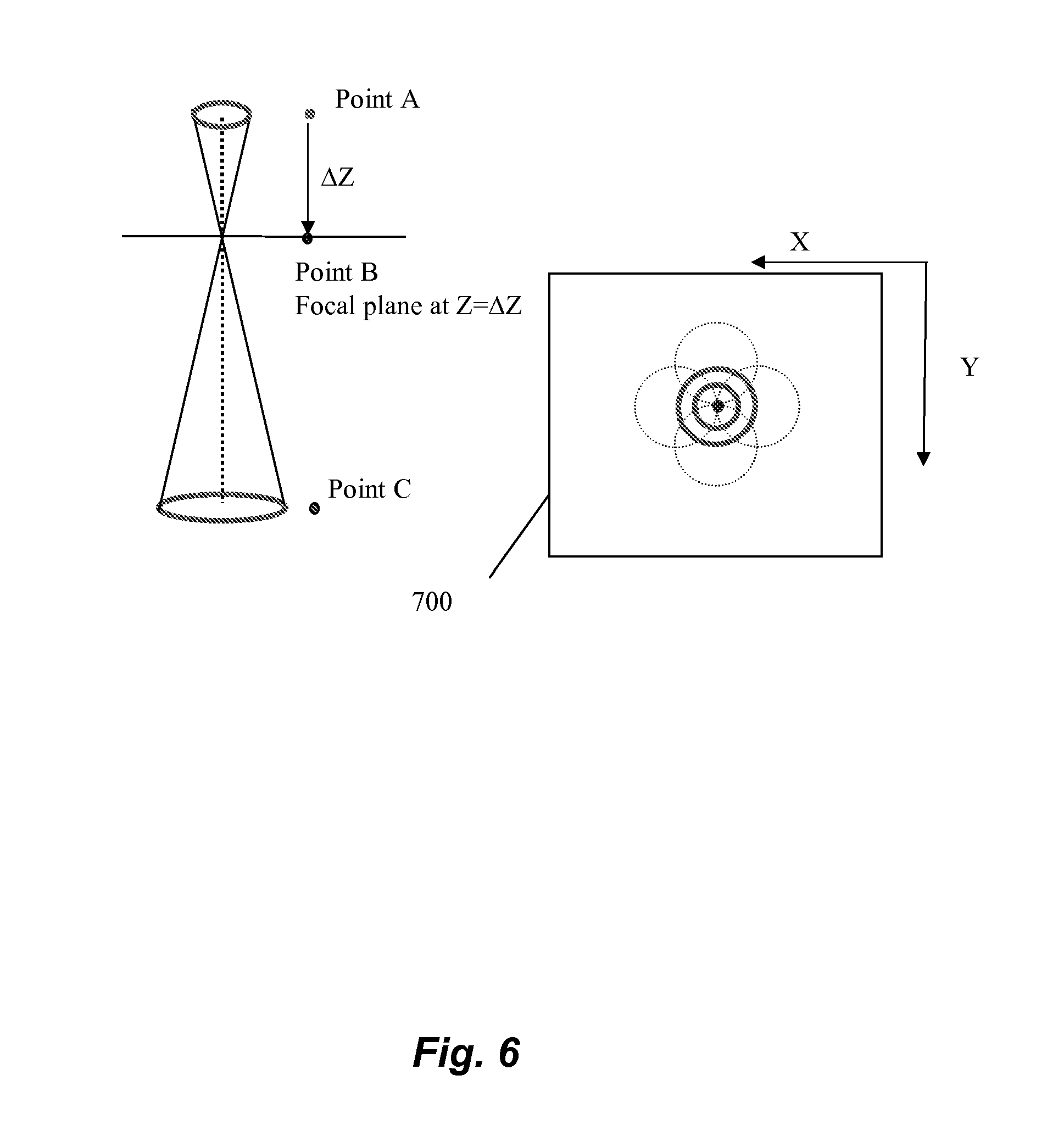 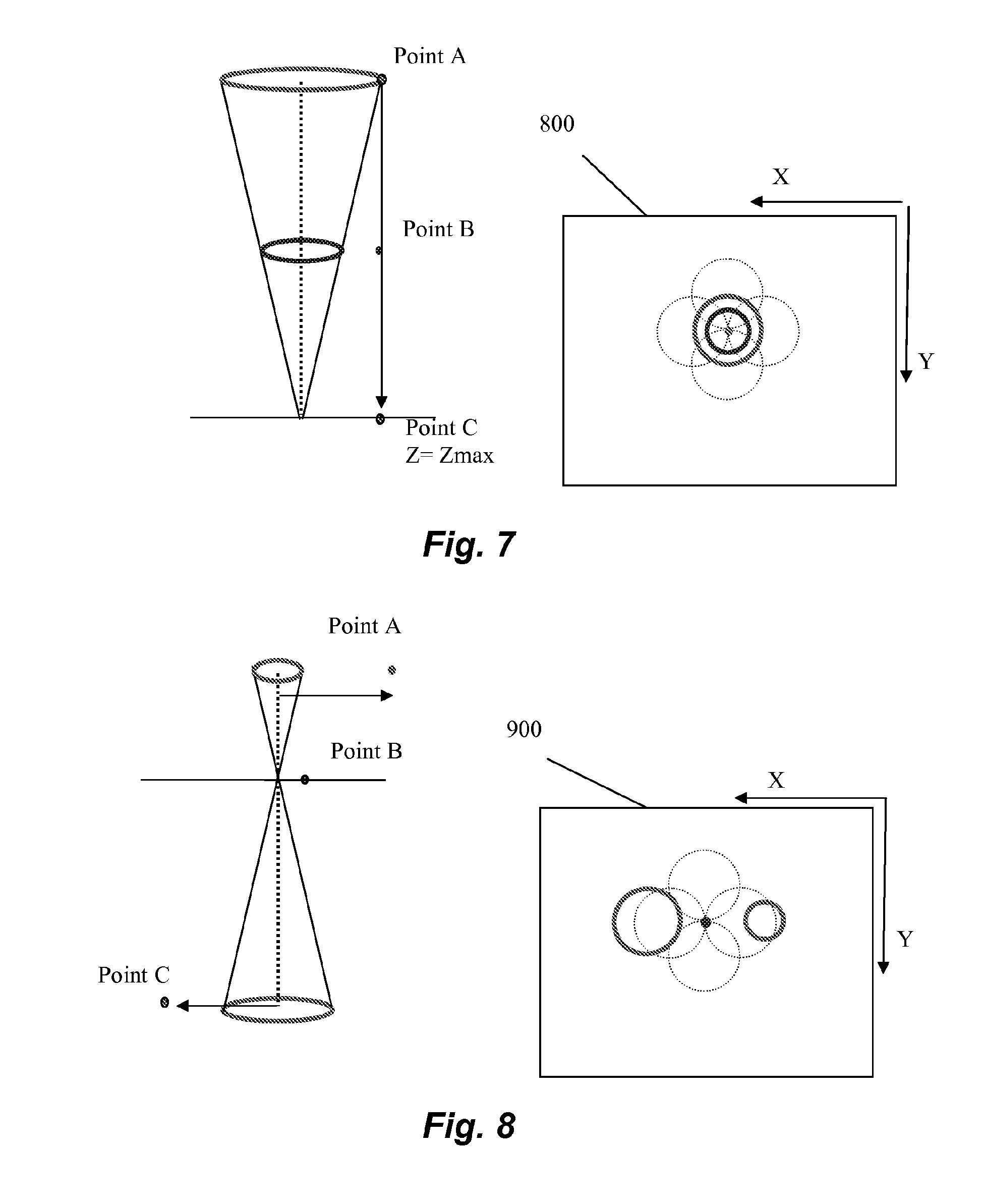 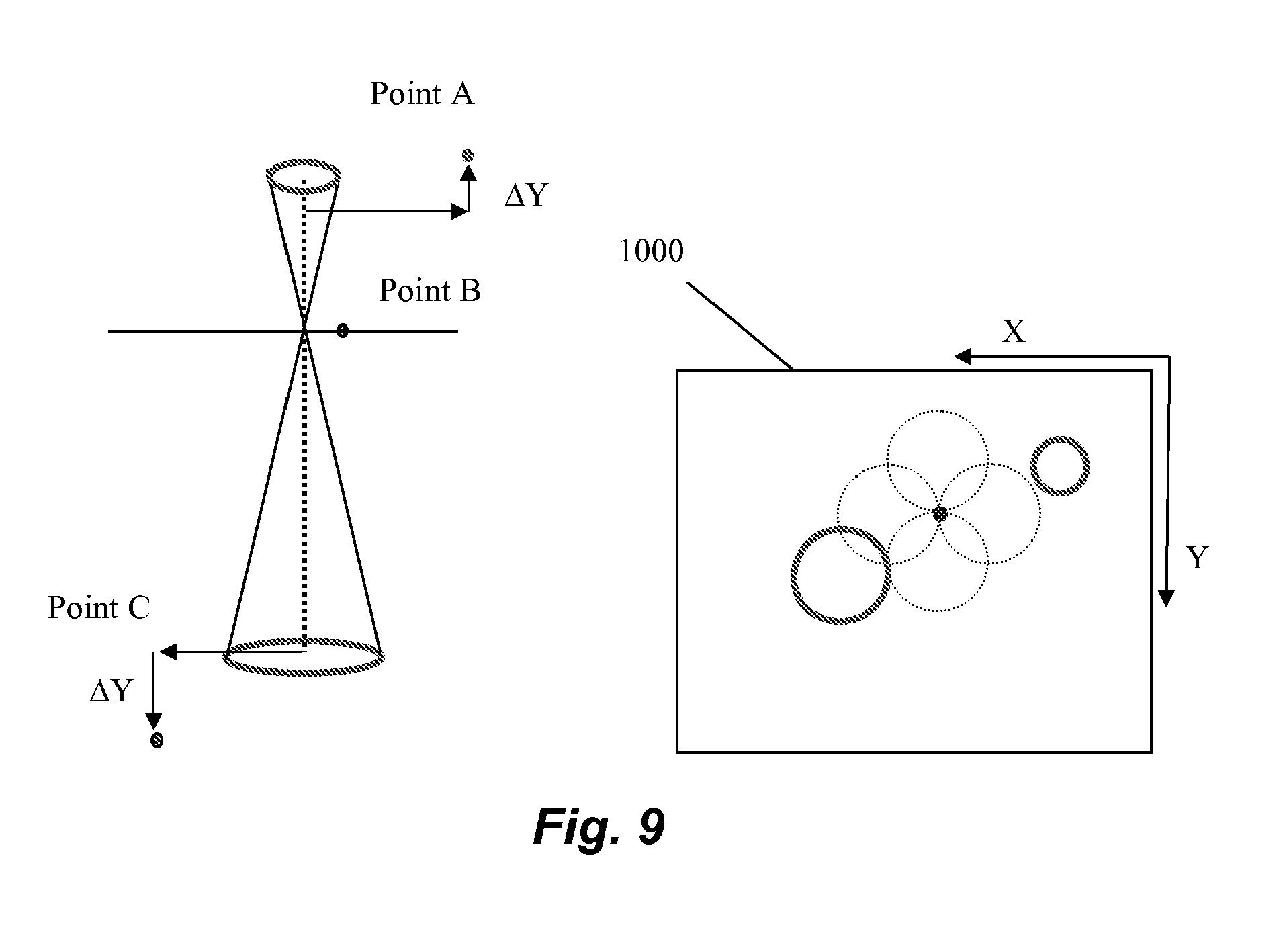 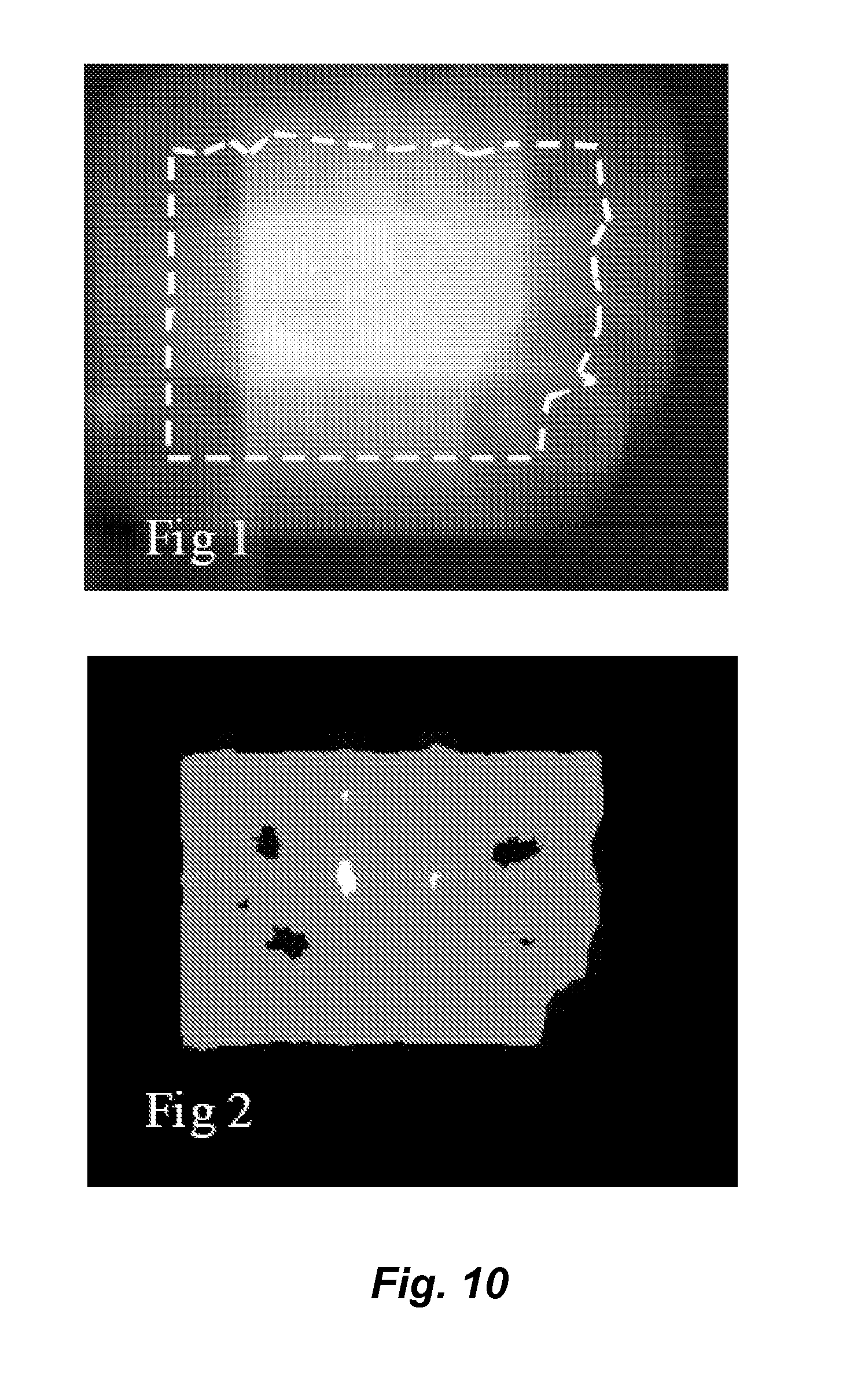