[0014] The invention is described according to the microelectronic unit of claim 1.

FIGS. 1A and 1B are a sectional view and a corresponding top-down plan view illustrating a packaged chip and chip carrier assembly in accordance with an example not covered by claim 1.

FIG. 2 is a sectional view illustrating a packaged chip in accordance with an embodiment of the invention.

FIG. 3 is a schematic depiction of a system according to an embodiment of the invention.

terminals electrically connected with the contacts of the microelectronic element, the terminals being electrically insulated from the carrier structure (230); and

wherein the dielectric region (270) extends between sidewalls of the recess and the microelectronic element, 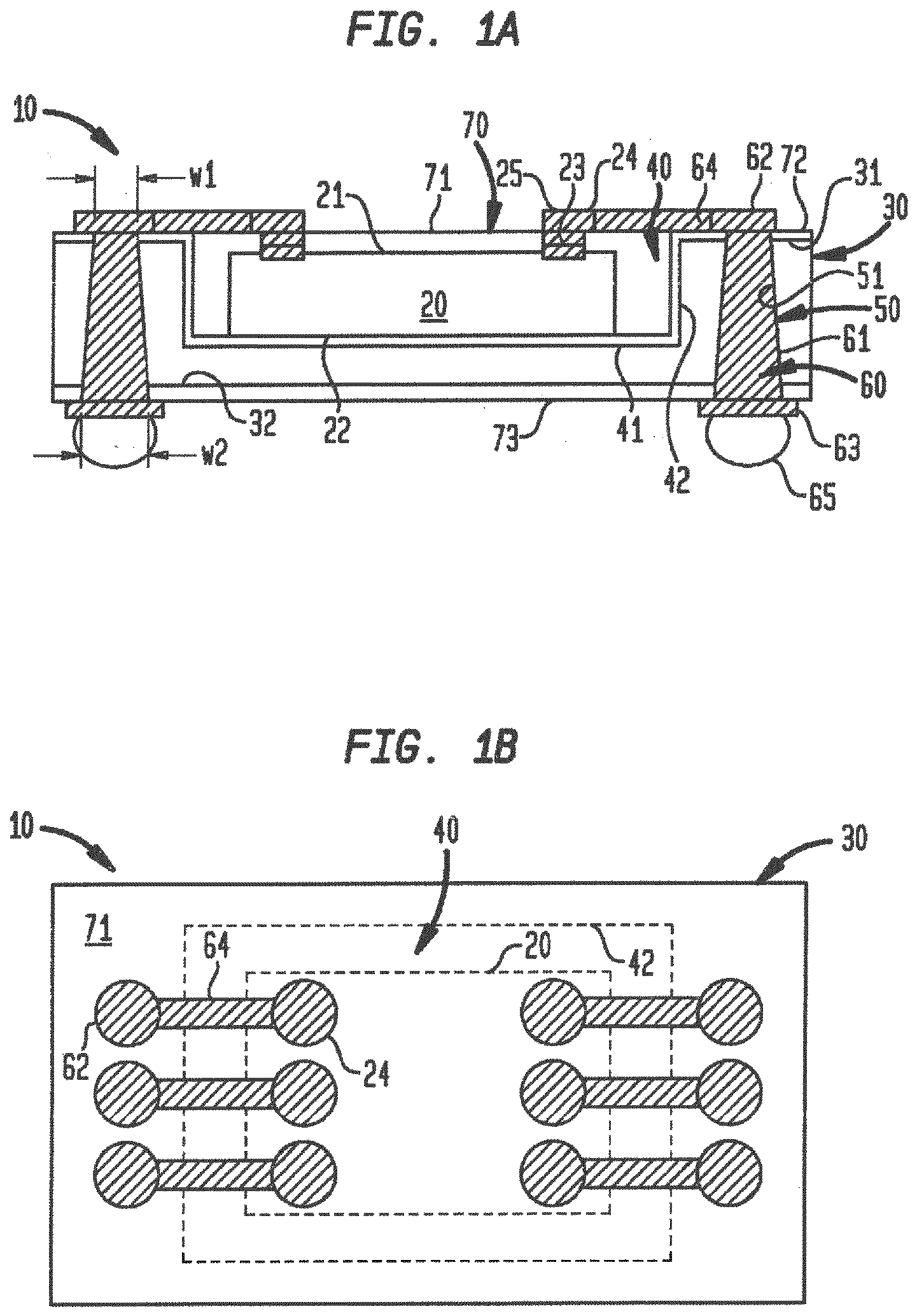