[0009] There is provided a system for use in setting up a controlling device according to claim 1. A selection of optional features is set out in the dependent claims.
[0010] In accordance with this need, the following describes a system and method for allowing a universal remote control to be easily setup and configured to command appliances of various types and various manufacturers.
[0011] A better appreciation of the objects, advantages, features, properties, and relationships of the system and method for setting up and configuring a universal remote control will be obtained from the following detailed description and accompanying drawings which set forth illustrative embodiments which are indicative of the various ways in which the principles of the system and method may be employed.

[0012] For use in better understanding the exemplary systems and methods for setting up a universal remote control which are described hereinafter, reference may be had to preferred embodiments shown in the following drawings in which:

Figure 1 illustrates an exemplary system in which the universal remote control may be used;

Figure 2 illustrates a top view of an exemplary universal remote control for use in the system of Fig. 1;

Figures 4 through 6 illustrate the system of Figure 1 at various stages during initial setup of the exemplary universal remote control;

Figure 8 illustrates the system of Figure 1 at various stages during an exemplary key mapping setup of the exemplary remote control;

Figure 9 illustrates, in flow chart form, the steps performed during key mapping setup of the exemplary remote control; and

Figure 10 illustrates an instruction sheet for an exemplary alternate method for key mapping setup of a remote control.

1. A system for use in setting up a controlling device (100) used to command a plurality of controllable appliances (102, 106), the system comprising:

a remote source; and

respond to the received signal by loading a setup application and then initiating a display of instructions for setting up the controlling device (100) to command the second controllable appliance (106);

wherein the displayed instructions are based at least in part on instruction data accessed by the first controllable appliance (102) from the remote source,

characterized in that the instructions include a series of navigable menus from which a user can select a device type and brand of the second controllable appliance (106).

3. The system as recited in claim 1, wherein the instruction data is provided automatically to the first controllable device (102) by the remote source.

4. The system as recited in claim 1, wherein at least a portion of the executable instructions are provided to the first controllable appliance (102) from the remote source.

5. The system as recited in claim 3, wherein the at least a portion of the executable instructions are provided automatically to the first controllable appliance (102) by the remote source.

6. The system as recited in claim 1, wherein the remote source and the first controllable appliance (102) are in communication via a cable network. 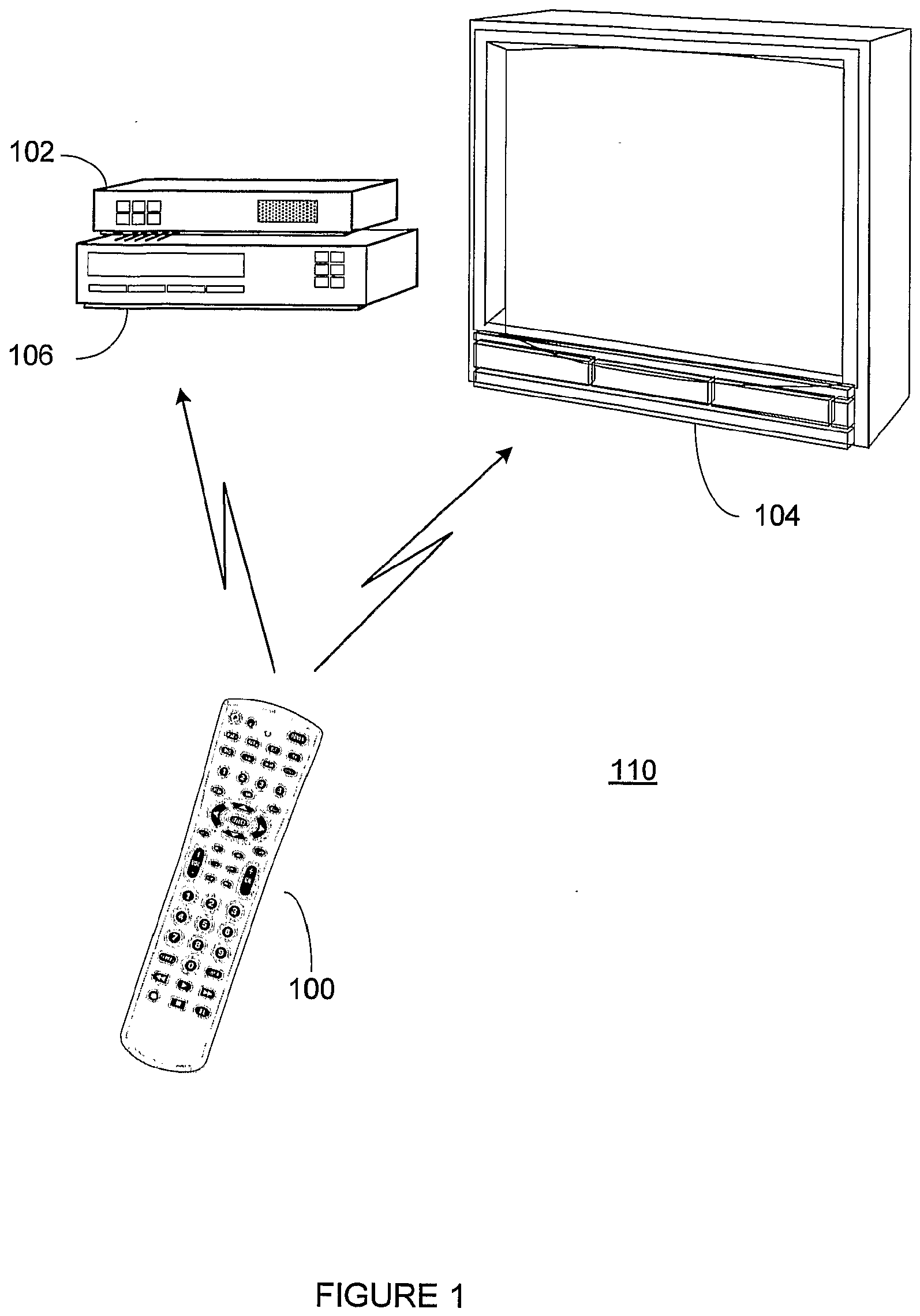 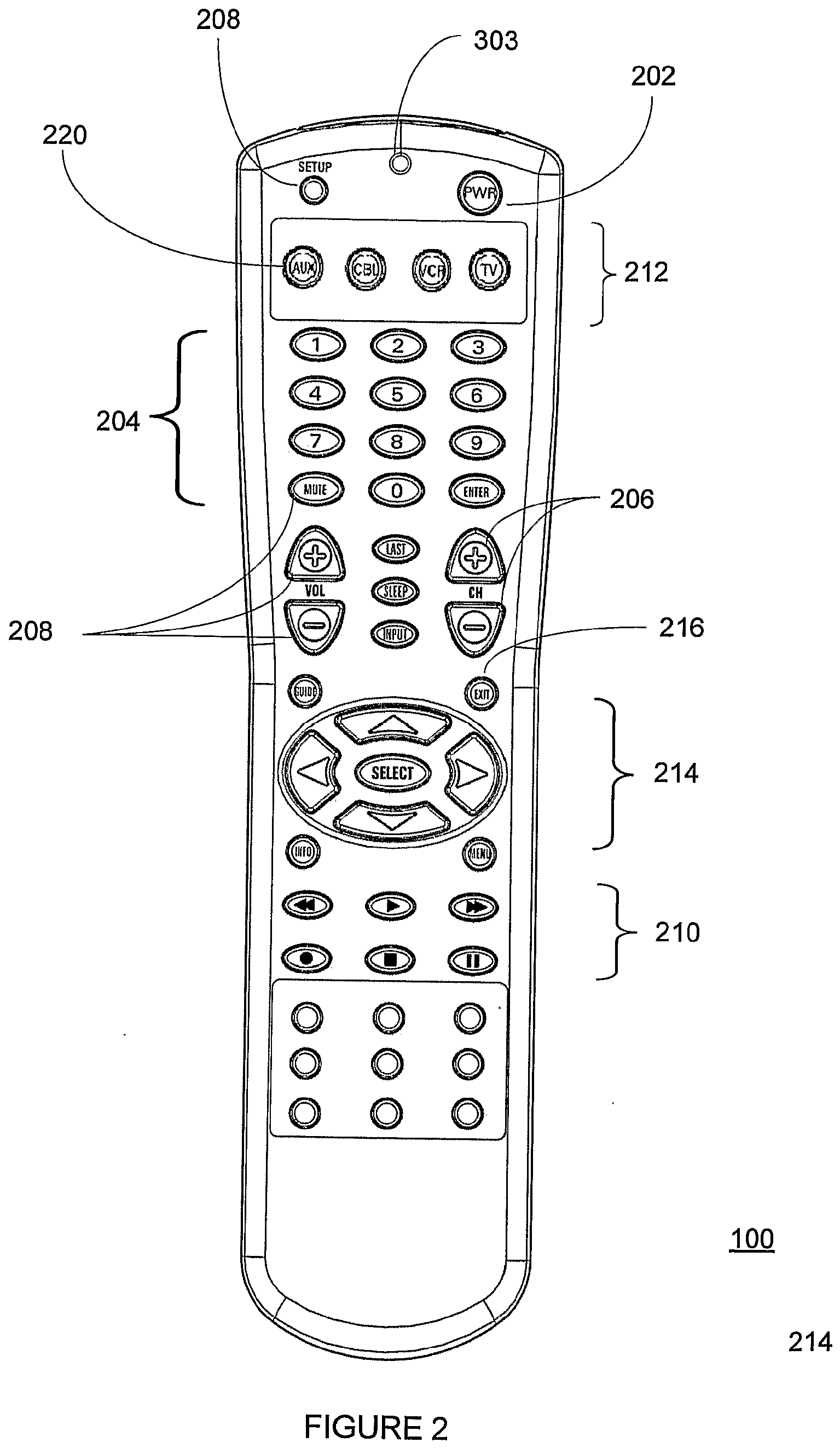 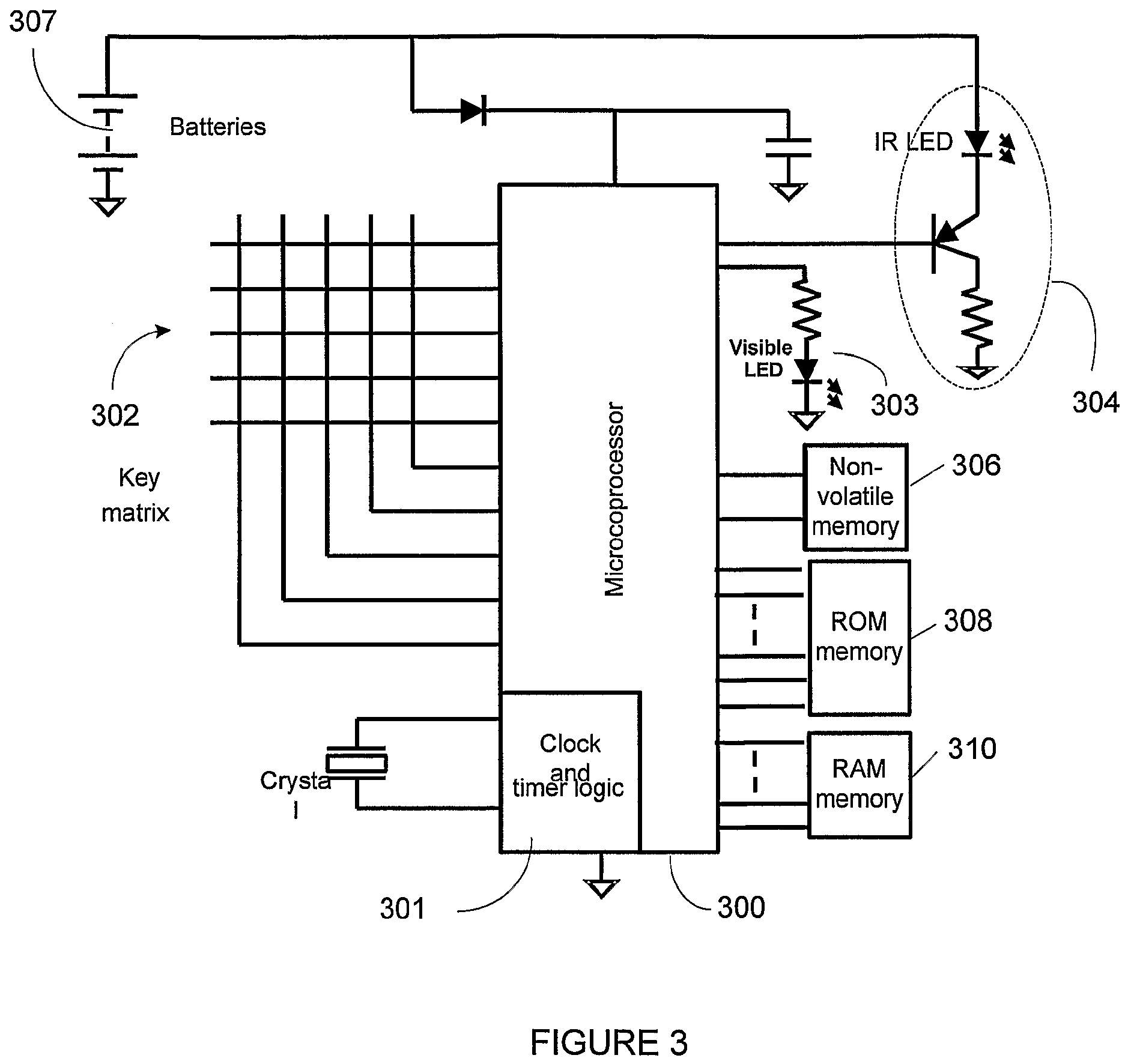 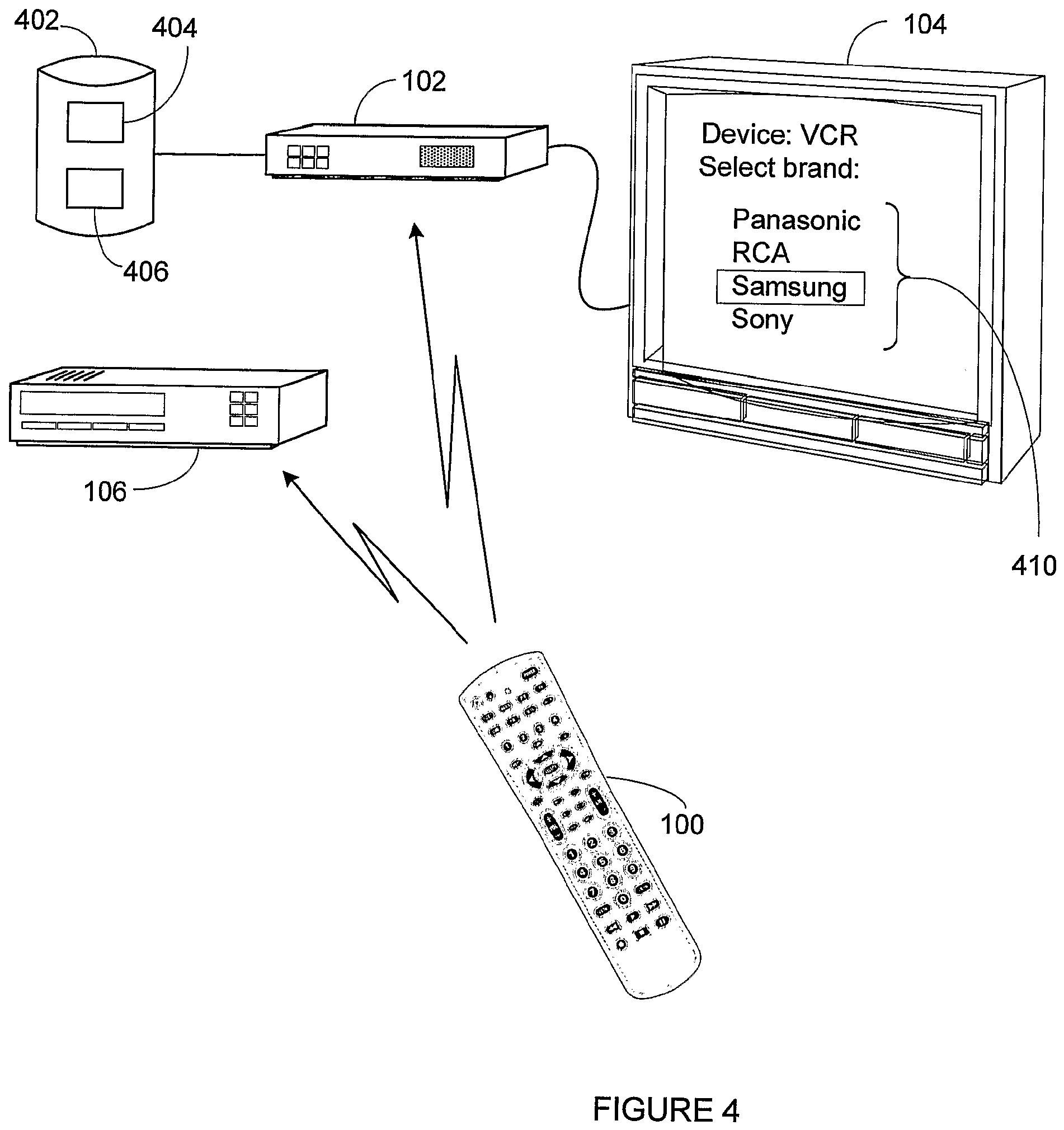 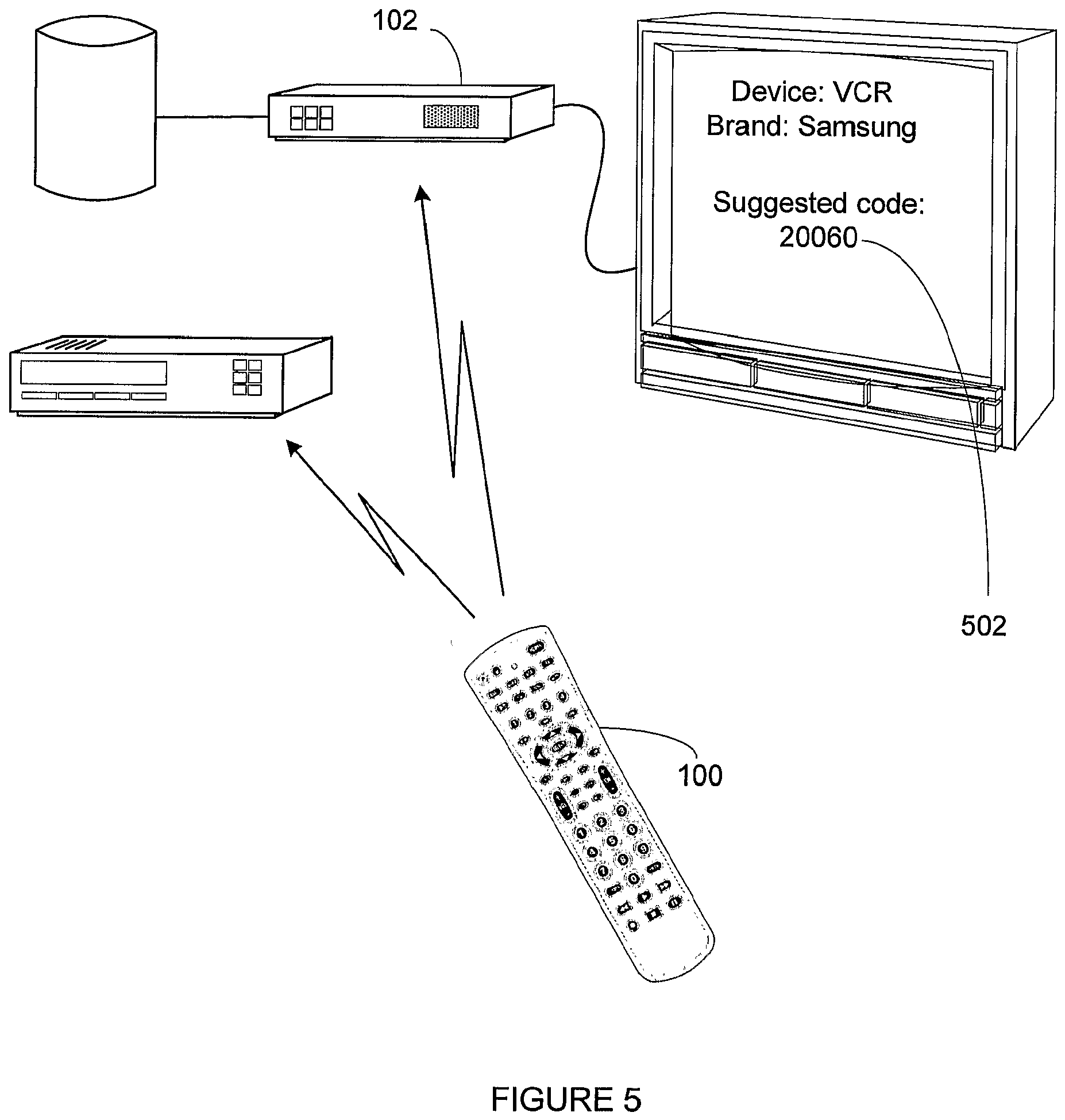 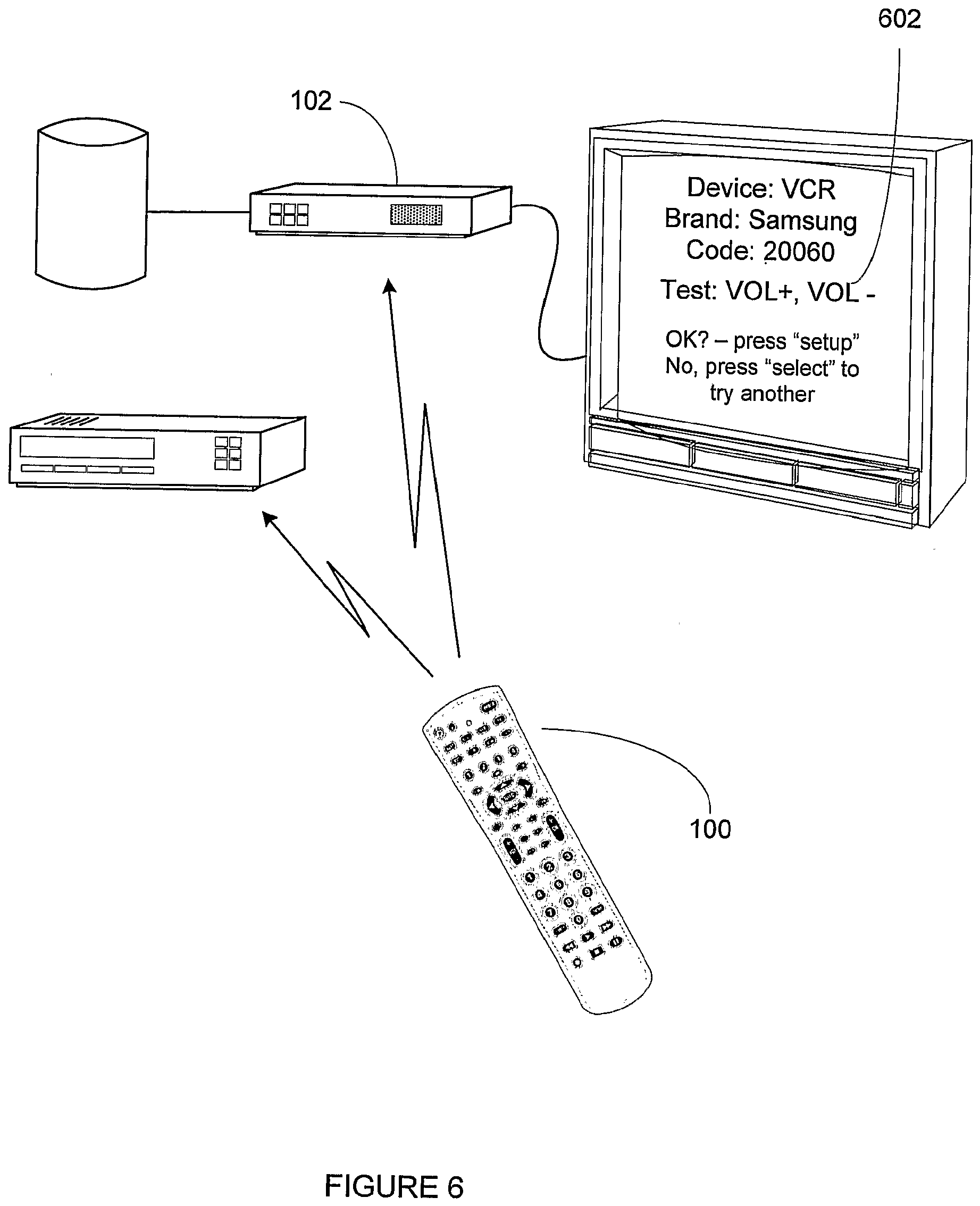 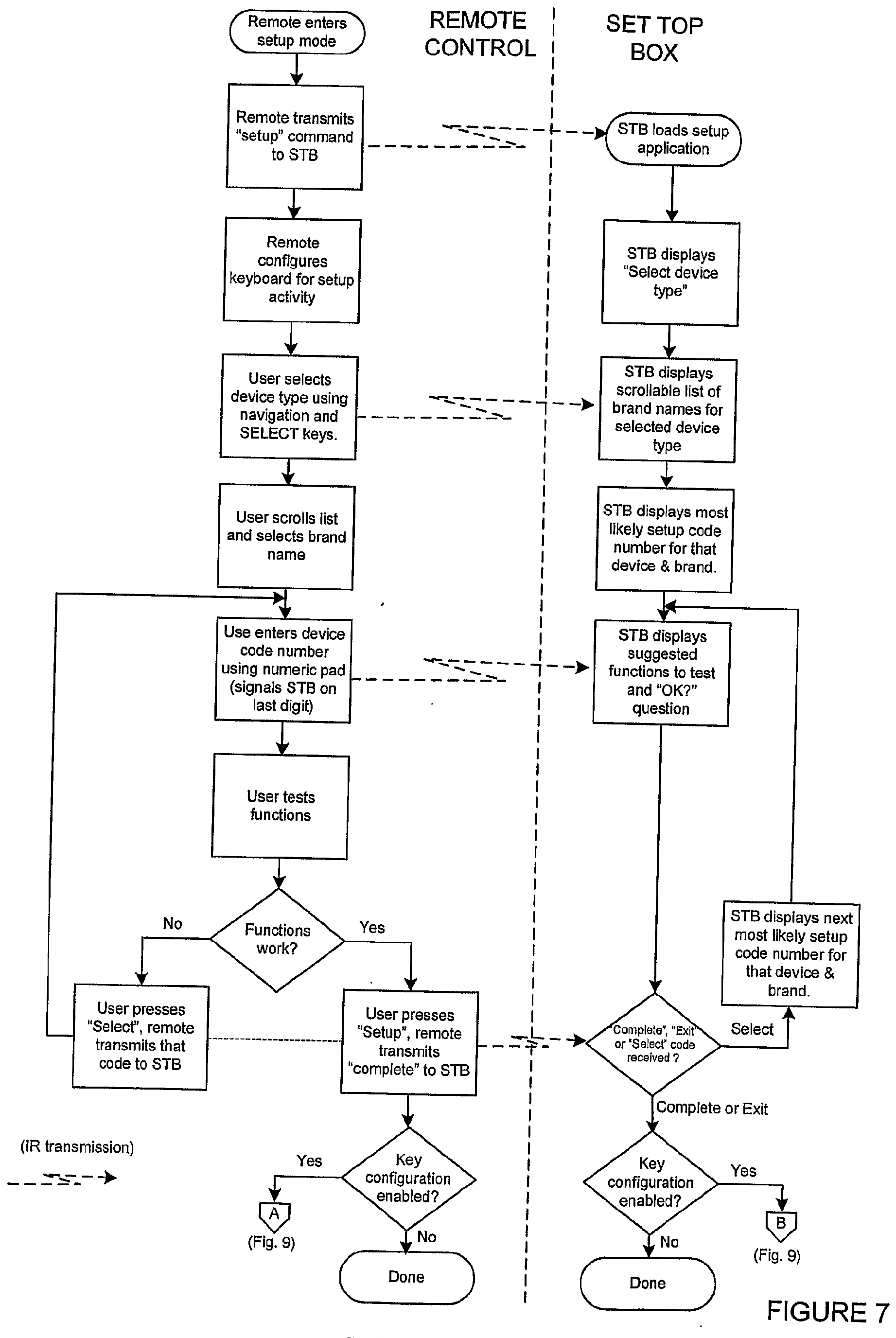 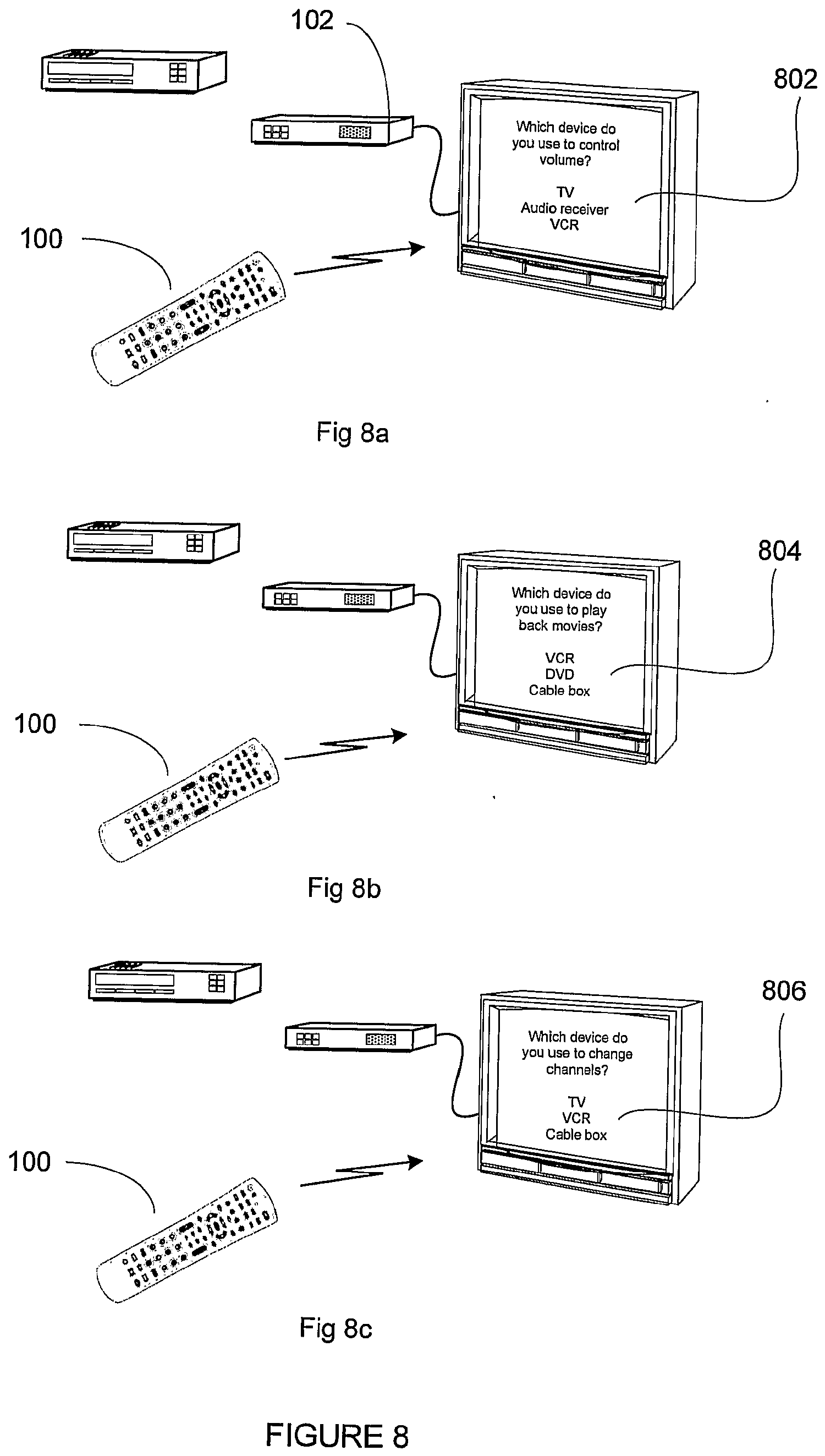 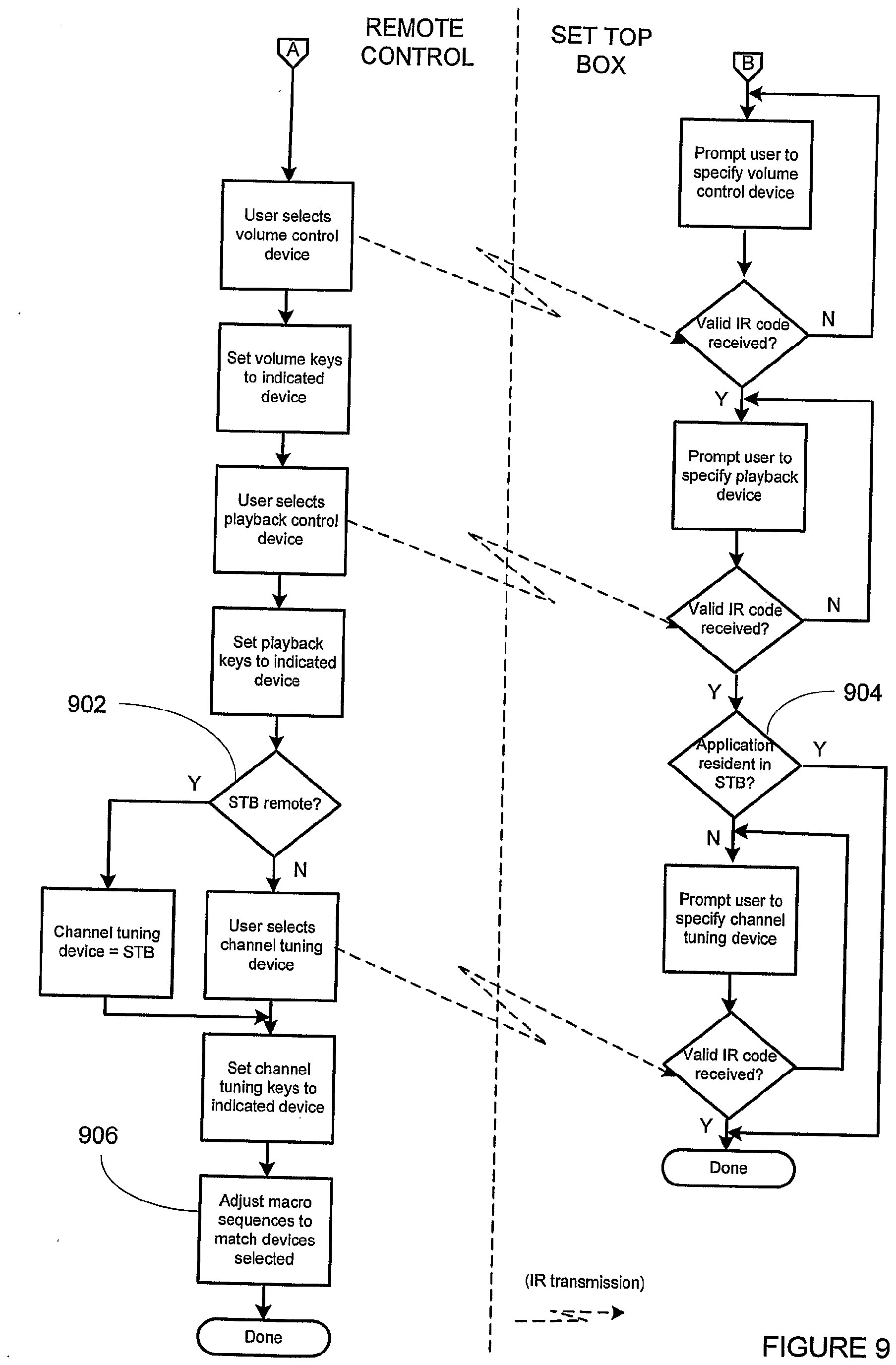 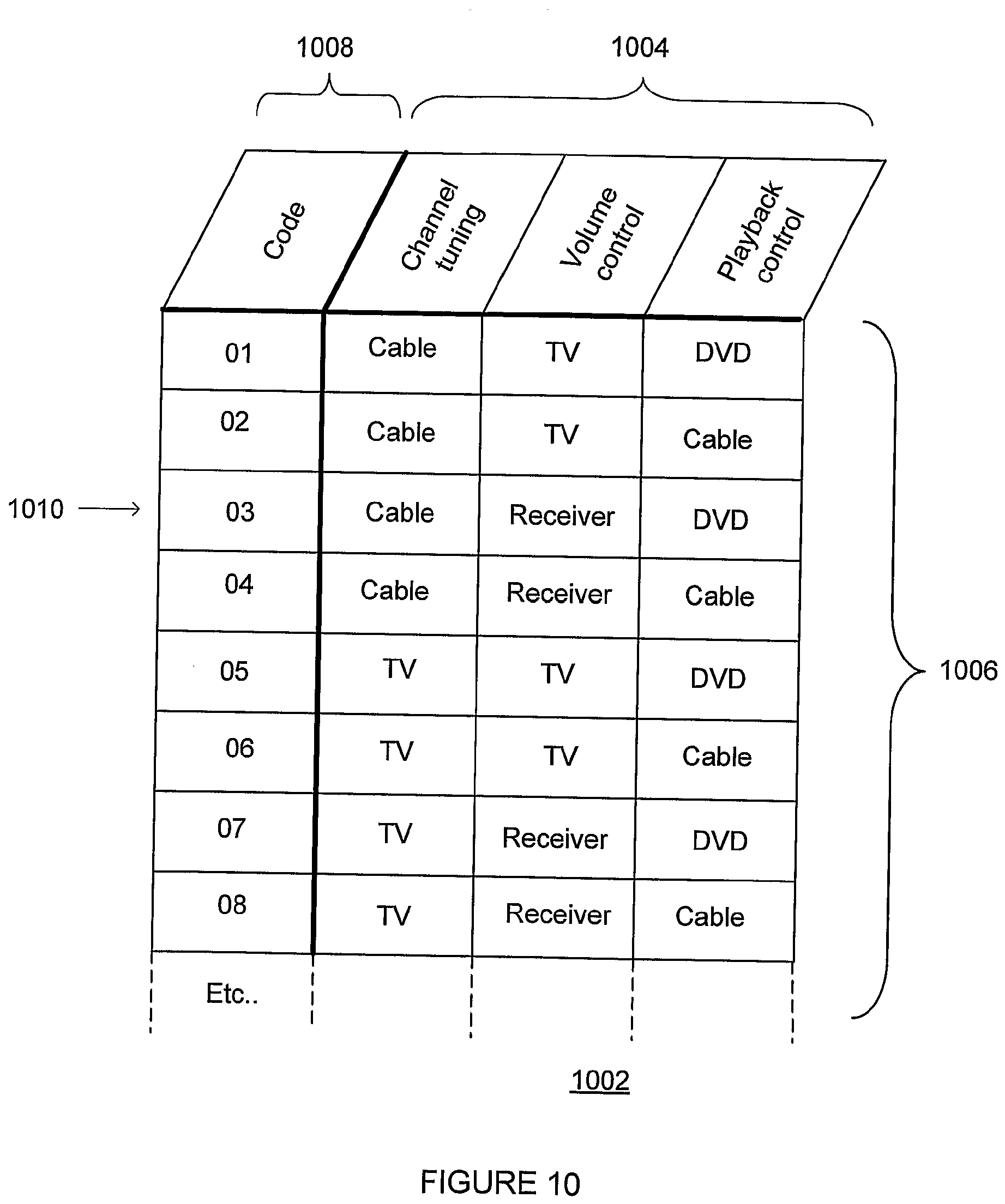