[0002] The present invention generally relates to a seeker and more particularly to a seeker including a molded dichroic mirror.

[0003] Missiles, rockets and other projectiles often use a seeker. A seeker is part of guidance system and is typically mounted at the front of the missile or other projectile. A seeker typically uses a series of mirrors to split and direct radio frequency signals, infrared signals and/or other types of signals to respective receivers and often has a dome to protect the equipment. The radio frequency signals and infrared signals may be used, for example, for imaging and targeting. The signals used by the seeker are first transmitted through the dome before being split and directed to their respective receivers by the mirrors. The missile, rocket or other projectiles may have a processor to interpret the received radio frequency signal and infrared signal to track a target and to guide the projectile to the target.
[0004] The mirrors used in seekers and similar devices are generally very precise so that the missile or other projectile can accurately track an identified target. One of the mirrors, sometimes called a dichroic mirror or secondary mirror, is typically ground from fused silica. The grinding processes can be an expensive and labor intensive, thereby increasing the overall manufacturing cost of the seeker.
[0005] US2010/0127113A discloses a multimode seeker including a primary mirror, a secondary mirror, and a focal plane array. Infrared radiation from a scene reflects from a surface of the primary mirror, reflects again from a surface of the secondary mirror, and impinges upon the focal plane array. RF energy from the scene reflects from the primary mirror, transmits through the secondary mirror, and impinges upon an antenna. The IR seeker and the RF seeker share the primary mirror and the secondary mirror.
[0006] US3897294A discloses molding a parabolic antenna.
[0007] US4060573A discloses the molding of optical elements and support structures from optical plastics.
[0008] Accordingly, it is desirable to have a seeker with a precision made, low cost dichroic mirror. Other desirable features and characteristics will become apparent from the subsequent detailed description and the appended claims, taken in conjunction with the accompanying drawings and this background.

[0013] The present invention will hereinafter be described in conjunction with the following figures.

FIG. 1 illustrates an exemplary seeker in accordance with an embodiment;

FIG. 2 illustrates an exemplary dichroic mirror in accordance with an embodiment.

a first receiver (120) configured to receive an infrared signal;

a second receiver (110) configured to receive a radio frequency signal; 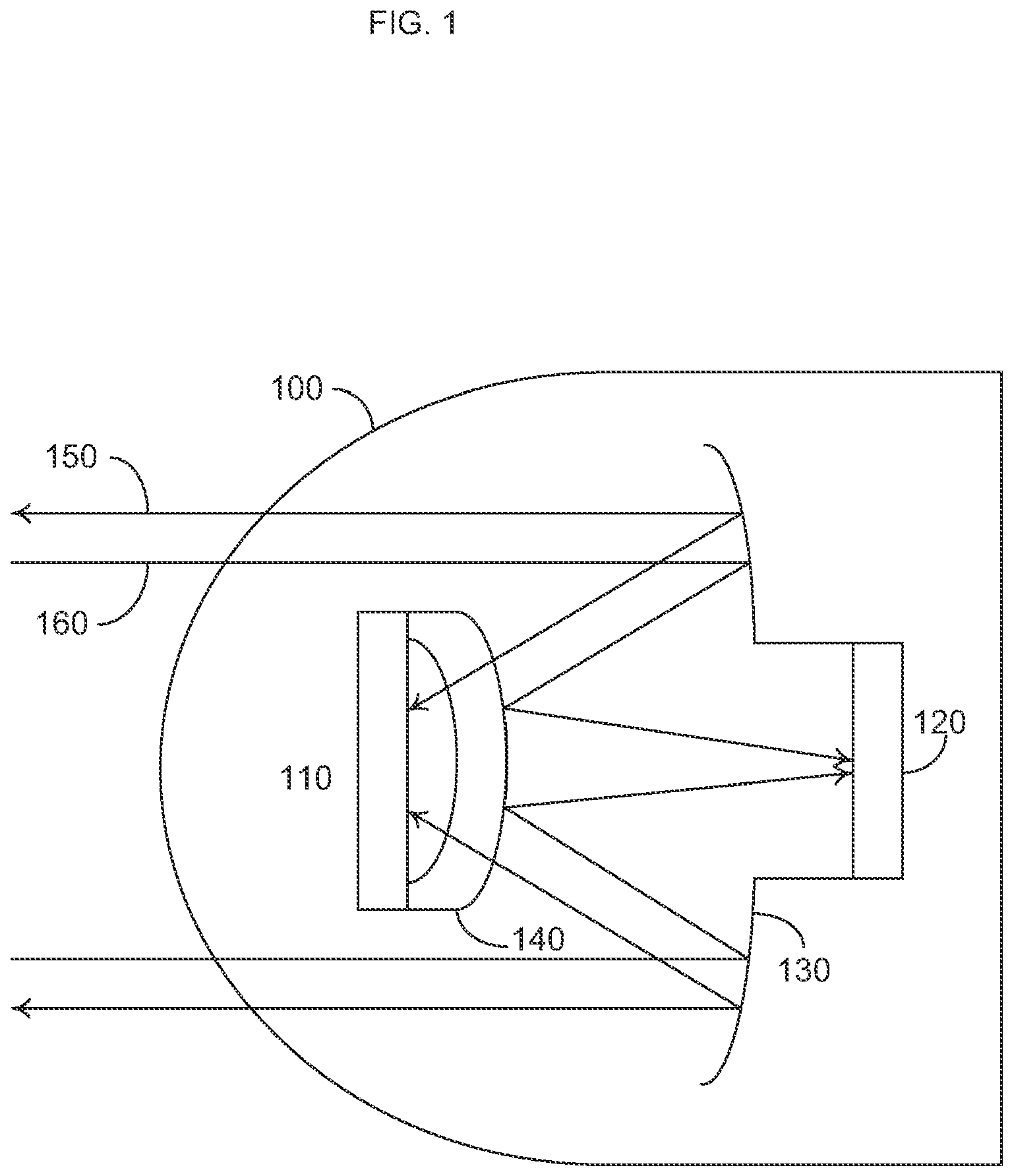 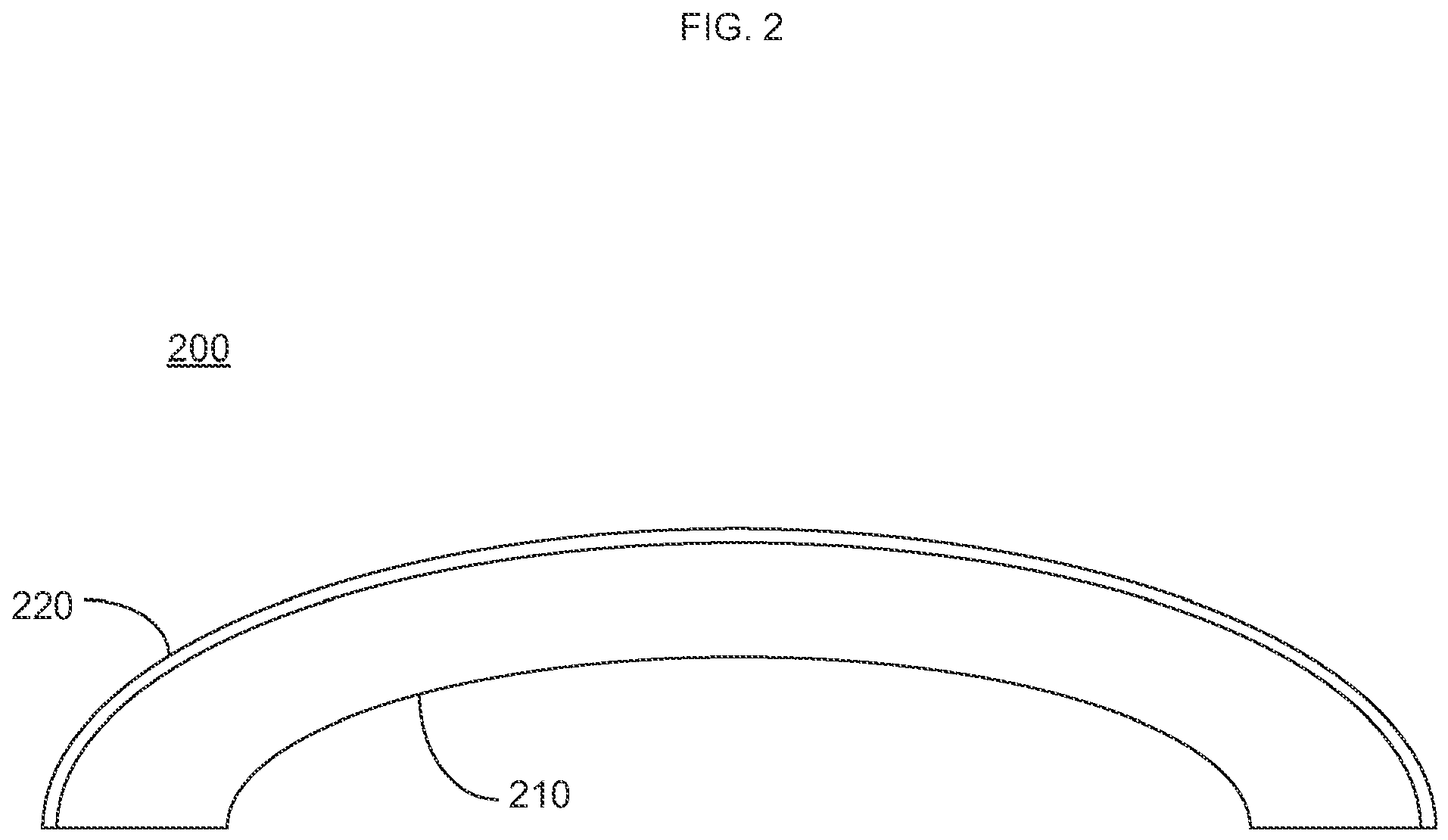