- a second set (130) including a thermal stabilization system;

- a third set (120) including a supply and control system;

- said first set (170) comprising:
∘ one multi-layer printed circuit board (140) including the following layers in the order:

the different layers being suitably interconnected by via-holes (182);
as well as the following elements soldered on the beamforming network layers (145):

- said multi-layer printed circuit board being formed by a plurality of contiguous modules (160) termed flowers, each flower being formed by four quadrangular elementary portions (161) placed side-by-side and termed petals, each petal constituting a single phase center and comprising:

in such a way that:

- the petals (161) which are opposed on the diagonal of the four-petals flower (160) are equal but rotated of 180° with respect to the axis perpendicular to the plane of the petal (161) and coinciding with the axis of polarization of the radiating elements (142), the equality being established with respect to the disposition of said BGA, a circulator, said contacts (165) and said radiating elements (142), the shift of the phase due to this rotation being compensated, in use, by said phase shifter; said radio-frequency switching device (164) being said circulator. 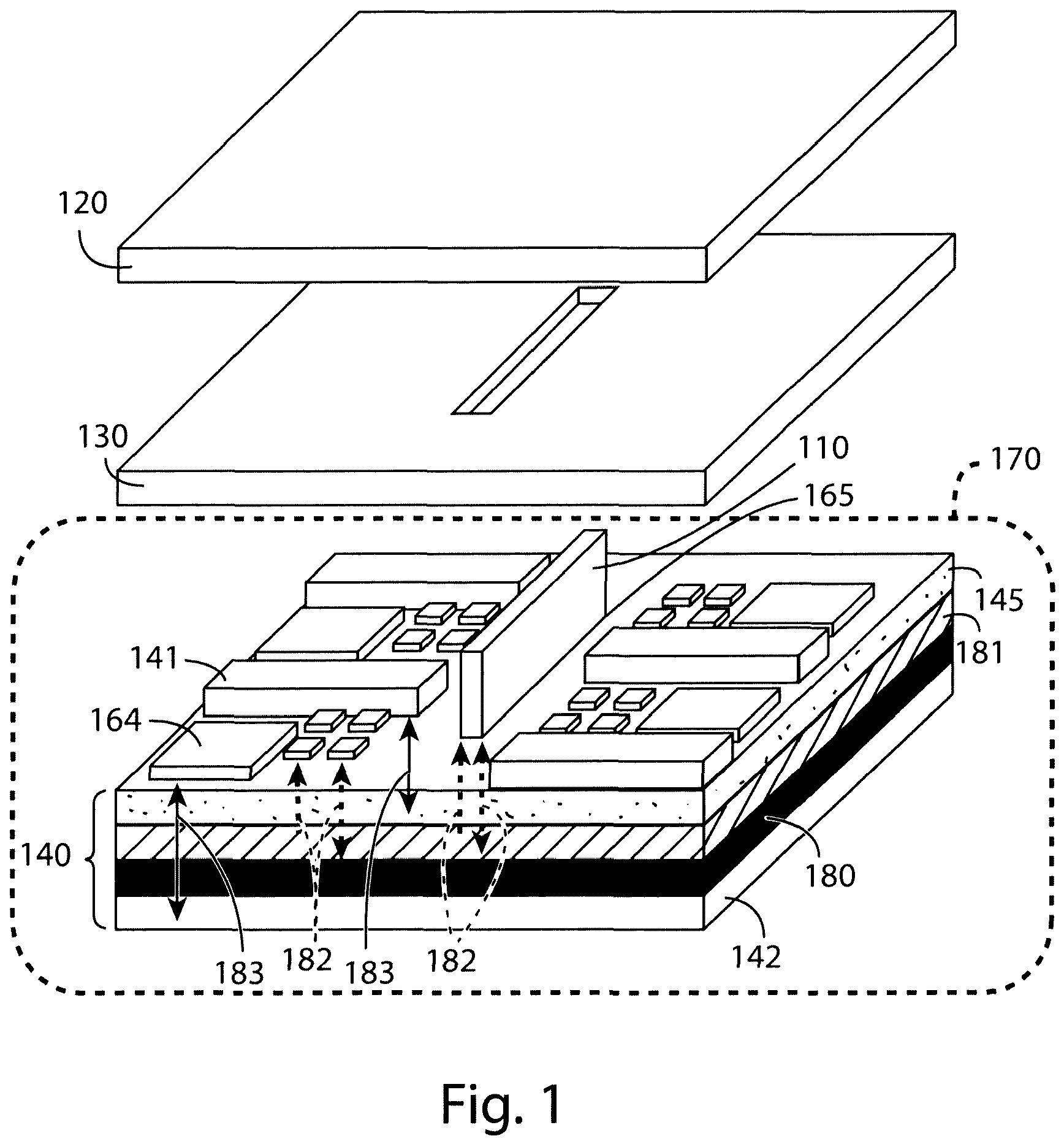 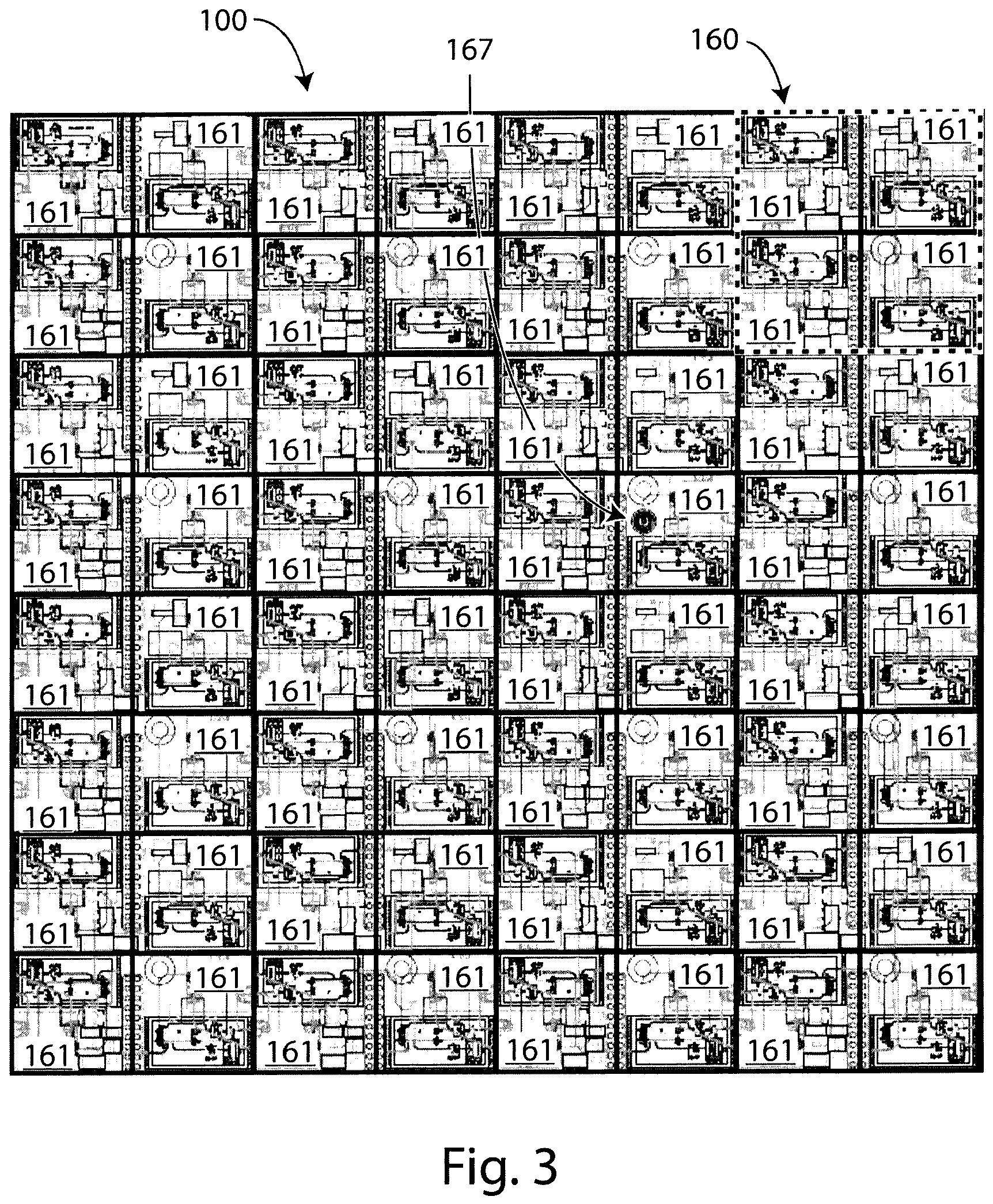 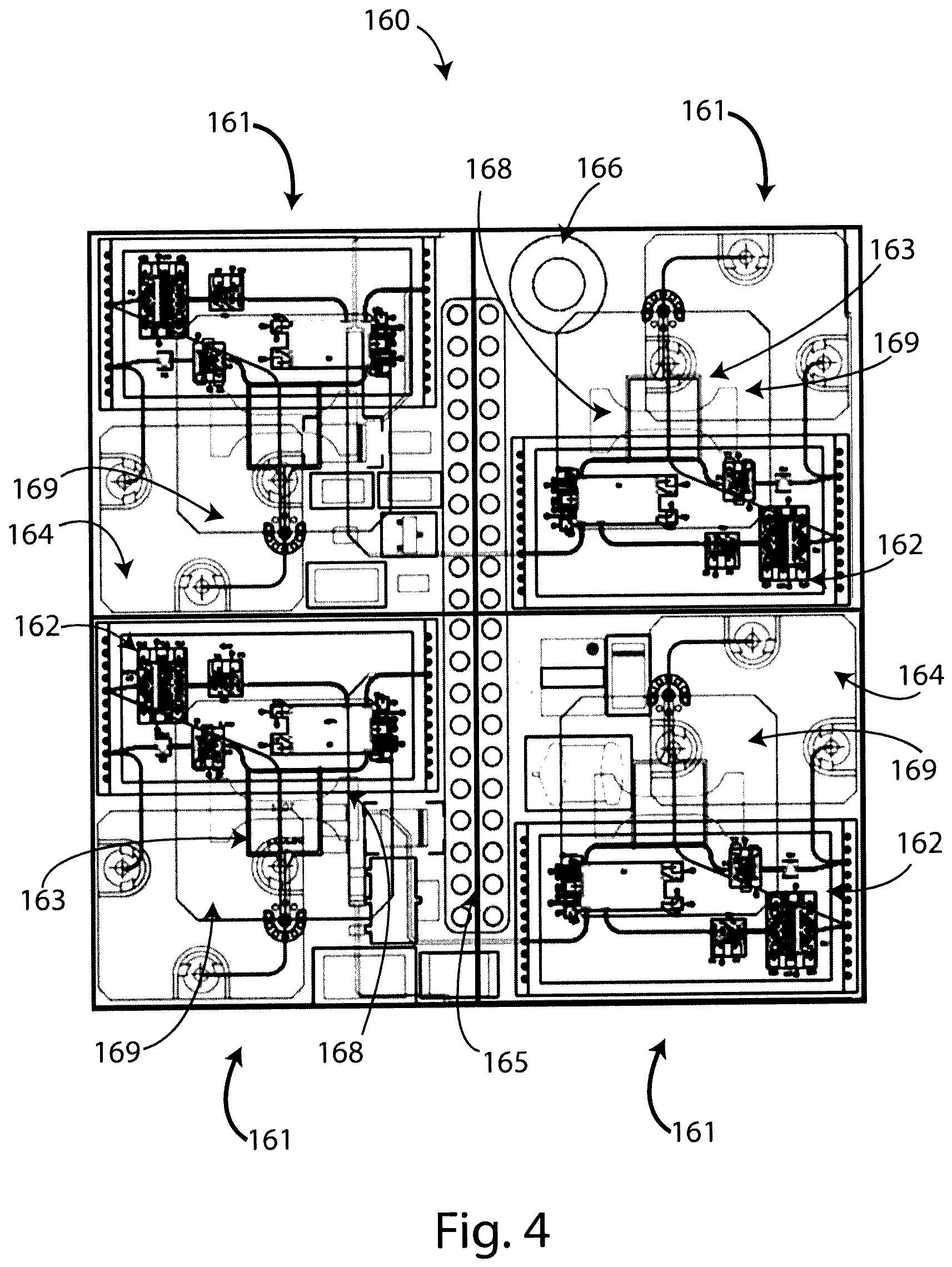