[0001] This application claims priority to and the benefit of United States Provisional Patent Application No. 61/423,567, filed on December 15, 2010, entitled APPARATUS, SYSTEMS AND METHODS FOR USING HANDHELD MEASUREMENT DEVICES TO CREATE ON-DEMAND PACKAGING.

[0042] To further clarify various aspects of embodiments of the present disclosure, a more particular description of various features and aspects will be rendered by reference to specific embodiments thereof which are illustrated in the appended drawings. It is appreciated that these drawings depict only typical embodiments of the disclosure and are therefore not to be considered limiting of its scope, nor are the figures necessarily drawn to scale. The embodiments herein will be described and explained with additional specificity and detail through the use of the accompanying drawings in which:

Figure 1 schematically illustrates a system architecture including a measurement apparatus and a packaging production machine;

Figure 2A illustrates an orthogonal view of a measurement apparatus usable in the system architecture of Figure 1;

Figure 2B illustrates a side view of the measurement apparatus of Figure 2A;

Figure 3A illustrates an exploded view of the measurement apparatus of Figure 1, showing a handheld device detached from a measurement assisting bracket;

Figures 3B-3F illustrate additional views of the measurement assistance bracket of Figure 3A;

Figure 4 illustrates a flow chart of a method of producing a customized package for one or more items;

Figures 5A and 5B illustrate obtaining a first measurement for a customized package;

Figures 6A and 6B illustrate obtaining a second measurement for a customized package;

Figures 7A and 7B illustrate obtaining a third measurement for a customized package;

Figure 8 illustrates another embodiment of obtaining a first measurement for a customized package; and

DETAILED DESCRIPTION OF SOME EXAMPLE EMBODIMENTS

a first end; and

an emission mechanism (206) configured to direct a measurement element in a direction generally normal to the first end; and

4. The measurement device recited in any of the preceding claims, wherein the electronic measurement component (202) comprises:

5. The measurement device recited in any of the preceding claims further comprising:
a stop component (520) configured to be placed adjacent to a surface of the one or more measurable items that is opposite to the surface engaged by the bracket (204) to facilitate obtaining of the measurements made in at least three dimensions, wherein the stop component (520) is selected from the group consisting of: (1) a handheld stop component; (2) a wall; and (3) a surface of a table.

9. The measurement device recited in any of the preceding claims, wherein the emission mechanism is configured to extend or emit at least one of a laser, a sound wave, or a measuring tape.

12. The measurement device recited in any preceding claim, wherein at least one of the at least two engagement surfaces defines cut corners. 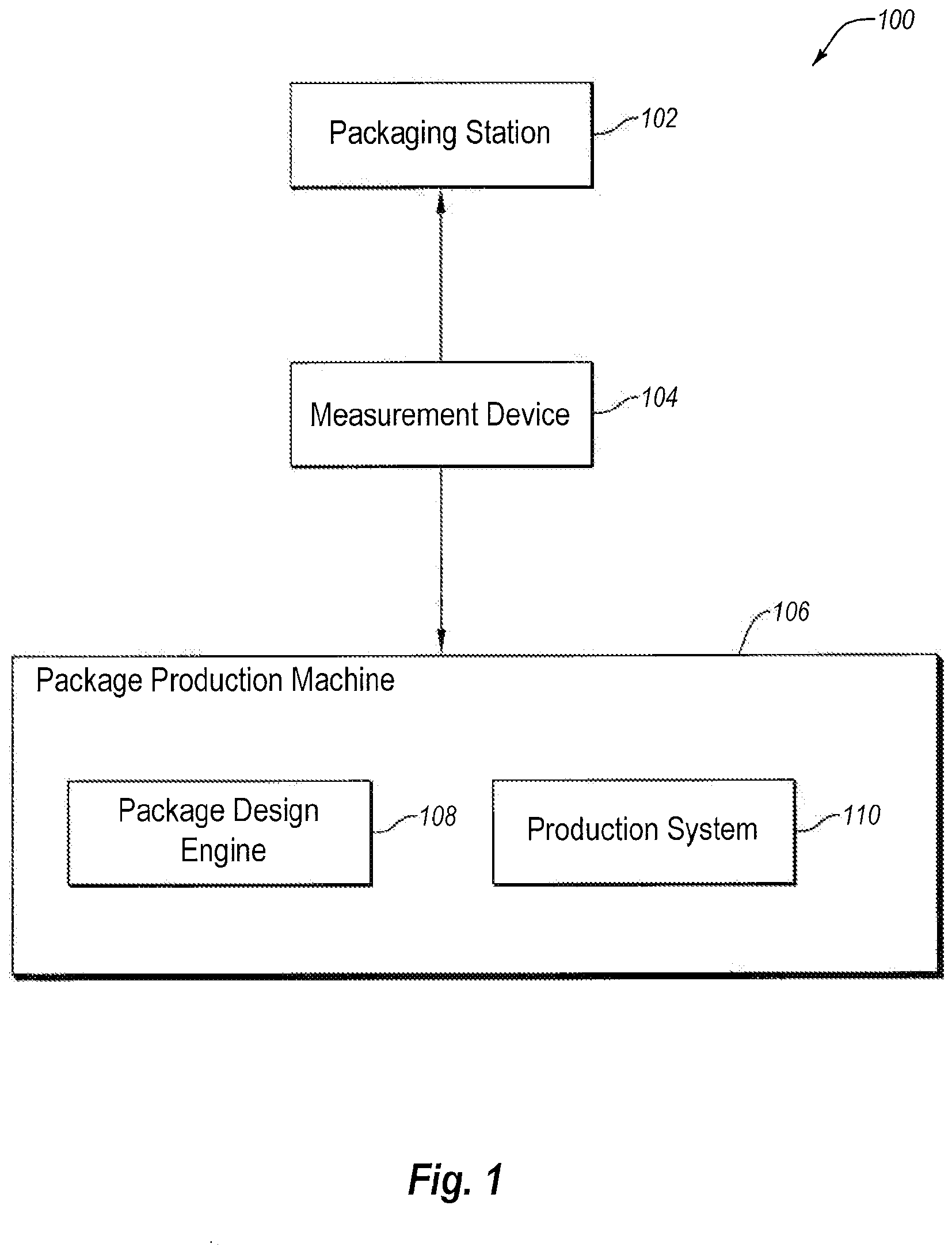 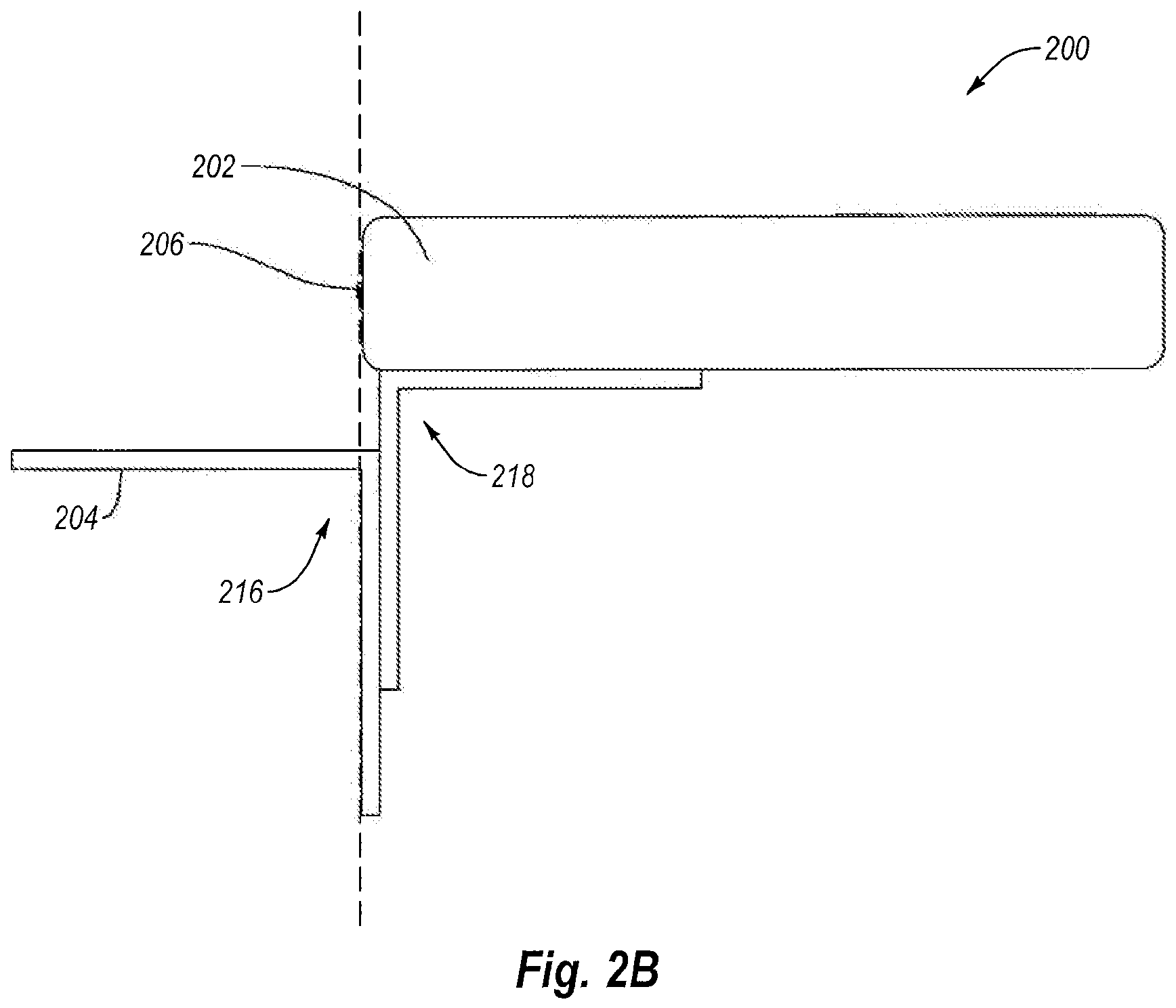 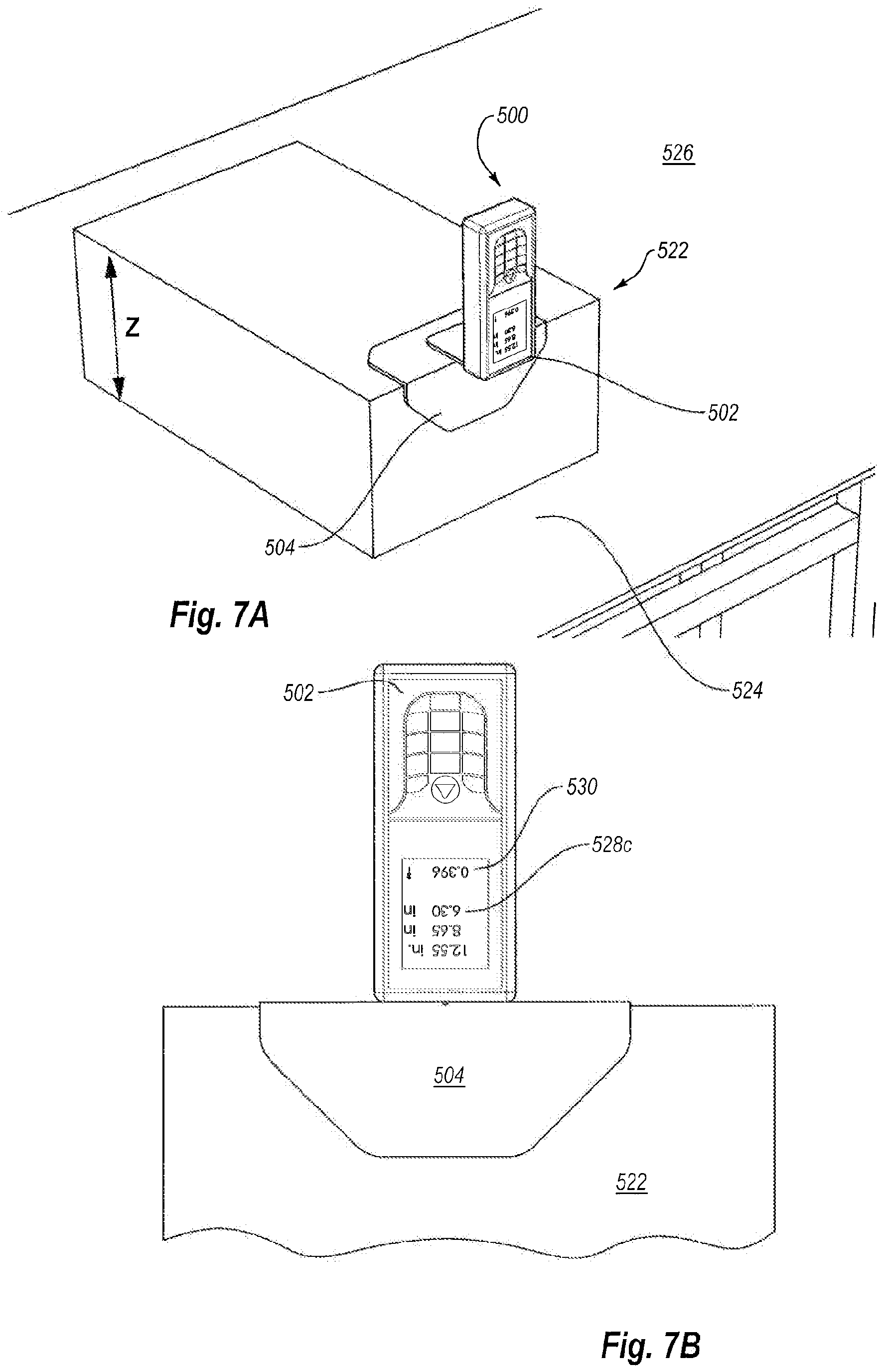 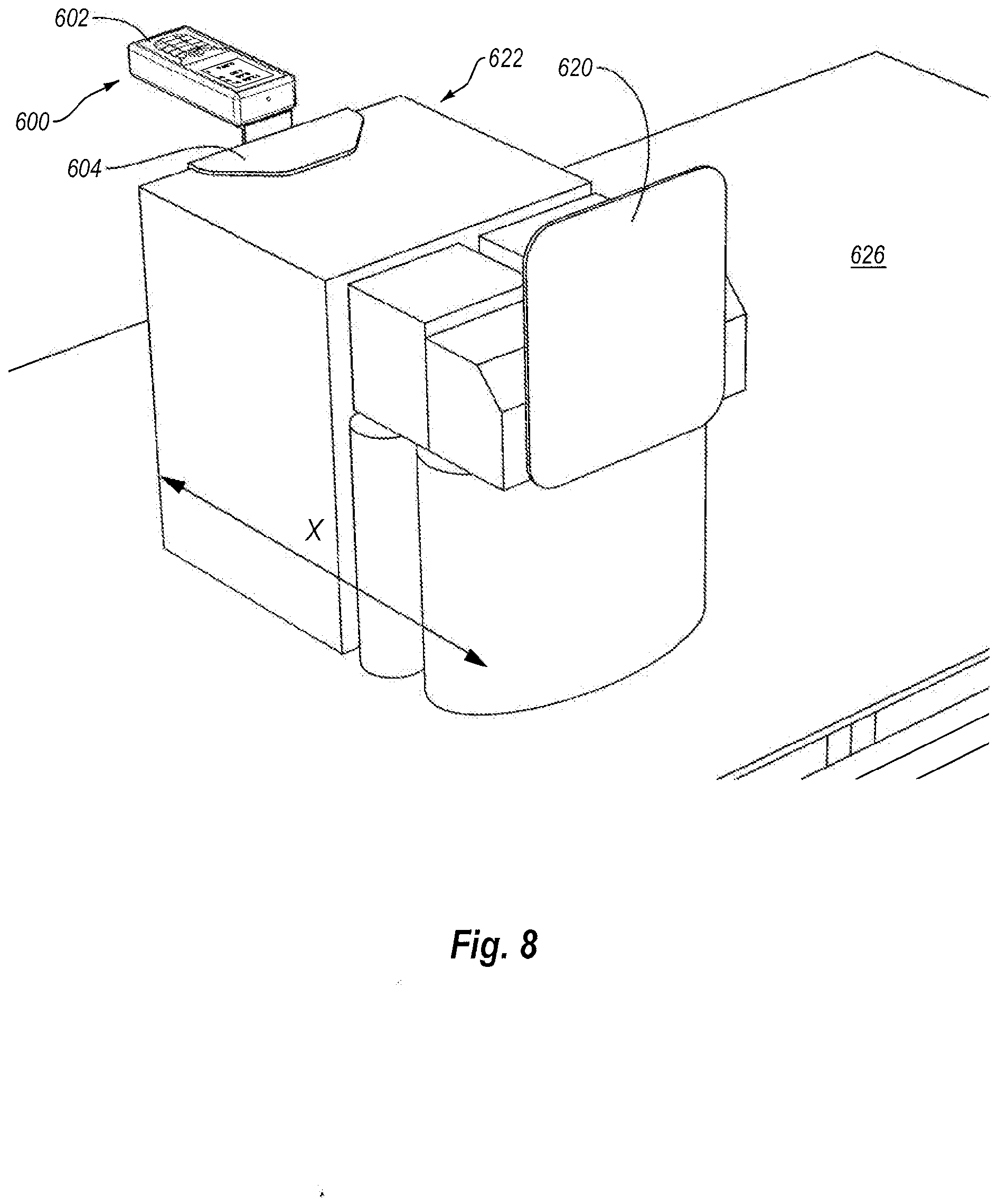