Fig. 1 shows an example of a modulated pole machine.

Fig. 2 shows a schematic view of an example of a stator for a modulated pole machine.

Fig. 4 shows another example of a stator for a modulated pole machine.

Fig. 6 shows another example of a stator core section.

Fig. 7 schematically illustrates an example of a tool for manufacturing stator core sections as described herein.

Fig. 11 shows an example of a 3-phase MPM cogging torque shape without cogging reduction; per phase and sum (3 phases) based on a FEA analysis of a 1-phase MPM model.

Fig. 12 shows an example of a 3-phase MPM cogging torque shape with cogging reduction; per phase and sum (3 phases) based on a FEA analysis of a 1-phase MPM model.

[0057] The 6th harmonic is dominating the contribution. Figure 9 is an example of the harmonic spectra for an MPM without cogging reduction. Figure 10 is an example of the harmonic spectra for an MPM with cogging reduction as described herein. Figure 9 shows that the magnitude of the 6th harmonic is about 0.6. If the 18th harmonic is neglected, (as can be seen from fig. 9, it is clearly very small), the 3-phase cogging torque can be calculated to a magnitude of 1.8. This can be compared with maximum magnitude of the 3-phase cogging torque curve in figure 11. The same analysis can be done for the cogging torque design also resulting in a very close agreement.
[0058] The cogging torques of the same example MPM are shown in figs. 11 and 12 with and without cogging torque reduction, respectively.
[0059] The cogging torque reduction obtained by the tooth shaping described herein can be close to 100%. In the example it is about 80%. How much reduction is obtained for a specific machine may depend on parameters such as the number of poles and the number of phases. In the above example, the number of phases is 3, but it will be appreciated that the tooth shaping described herein may be applied to any MPM stator having teeth in SMC. In case the number of phases differs from 3 it is not necessarily the 6th and 18th harmonic that contributes to the cogging torque.
[0060] Although some embodiments have been described and shown in detail, the invention is not restricted to them, but may also be embodied in other ways within the scope of the subject matter defined in the following claims. In particular, it is to be understood that other embodiments may be utilised, and that structural and functional modifications may be made without departing from the scope of the present invention.
[0061] Embodiments of the invention disclosed herein may be used for a direct wheel drive motor for an electric-bicycle or other electrically driven vehicle, in particular a light-weight vehicle. Such applications may impose demands on high torque, relatively low speed and low cost. These demands may be fulfilled by a motor with a relatively high pole number in a compact geometry using a small volume of permanent magnets and wire coils to fit and to meet cost demands by the enhanced rotor assembly routine.
[0062] In device claims enumerating several means, several of these means can be embodied by one and the same item of hardware. The mere fact that certain measures are recited in mutually different dependent claims or described in different embodiments does not indicate that a combination of these measures cannot be used to advantage.
[0063] It should be emphasized that the term "comprises/comprising" when used in this specification is taken to specify the presence of stated features, integers, steps or components but does not preclude the presence or addition of one or more other features, integers, steps, components or groups thereof. 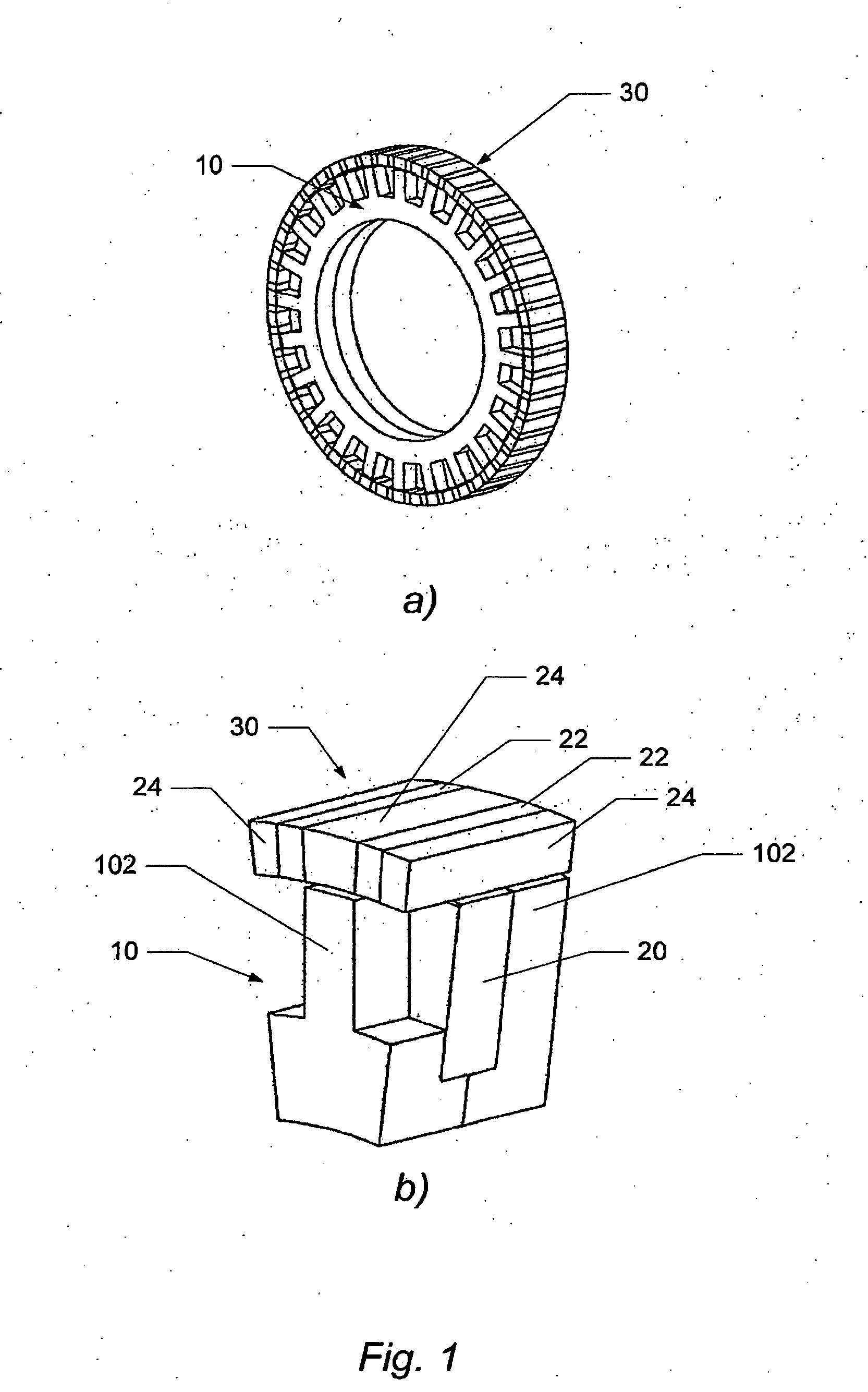 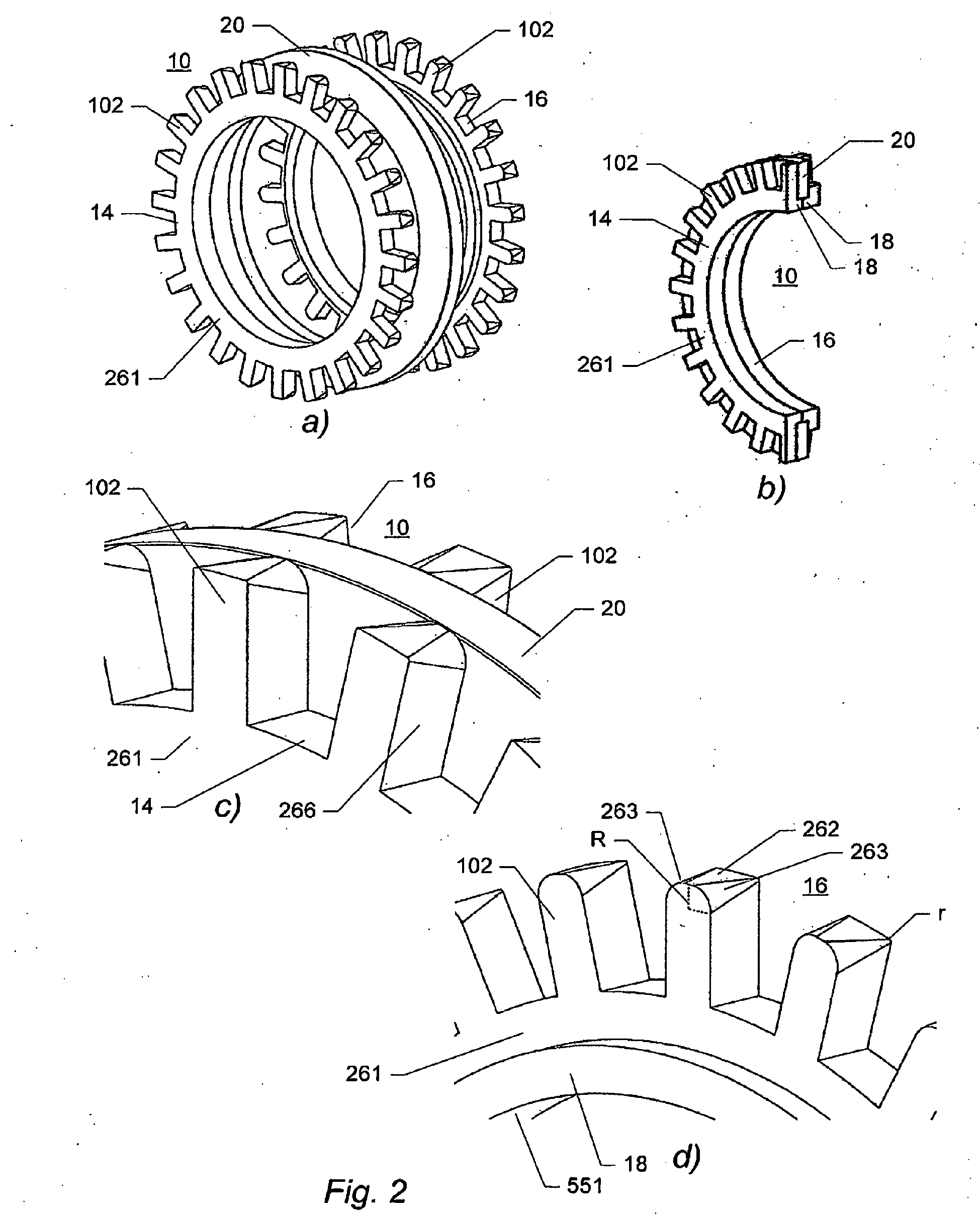 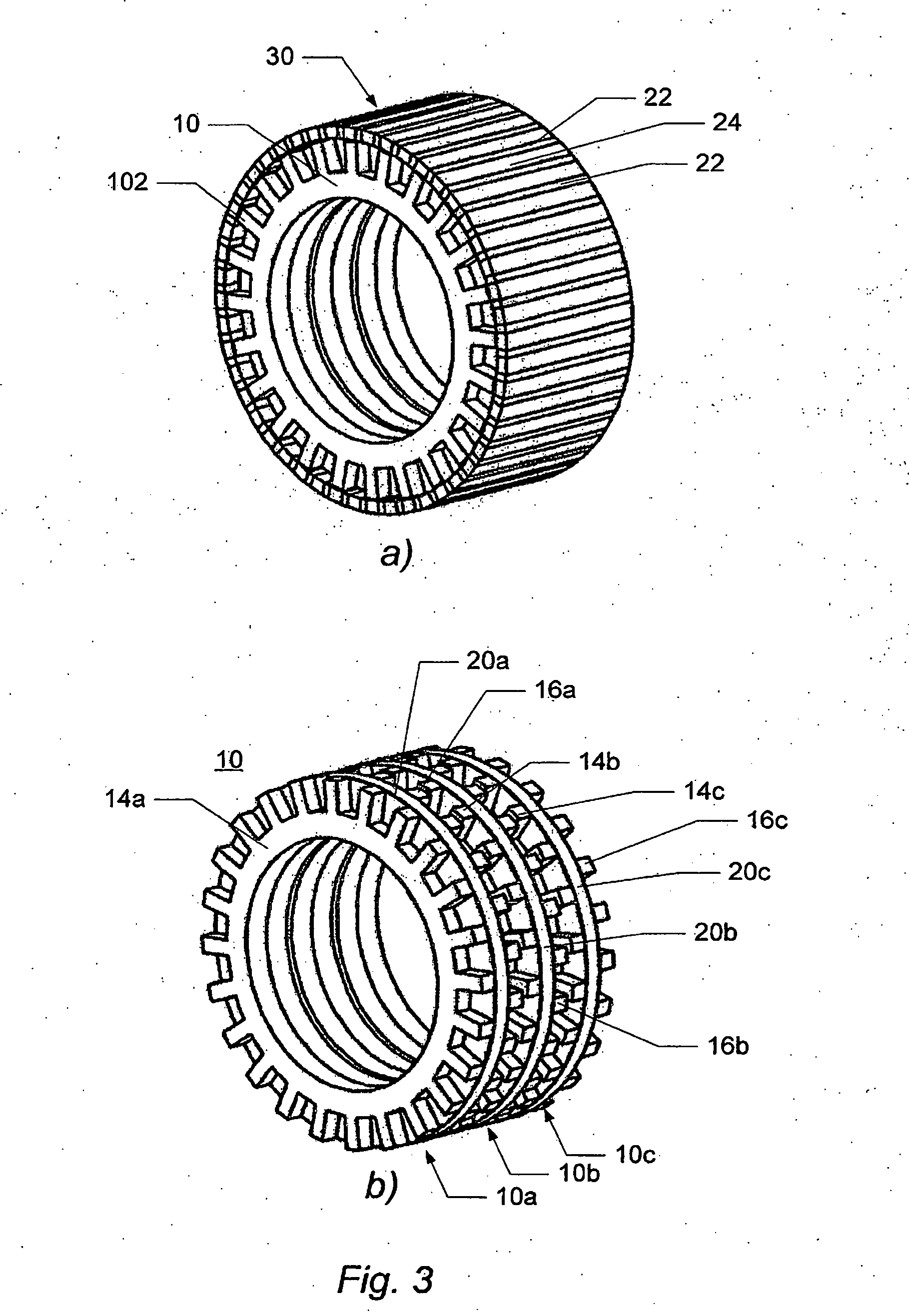 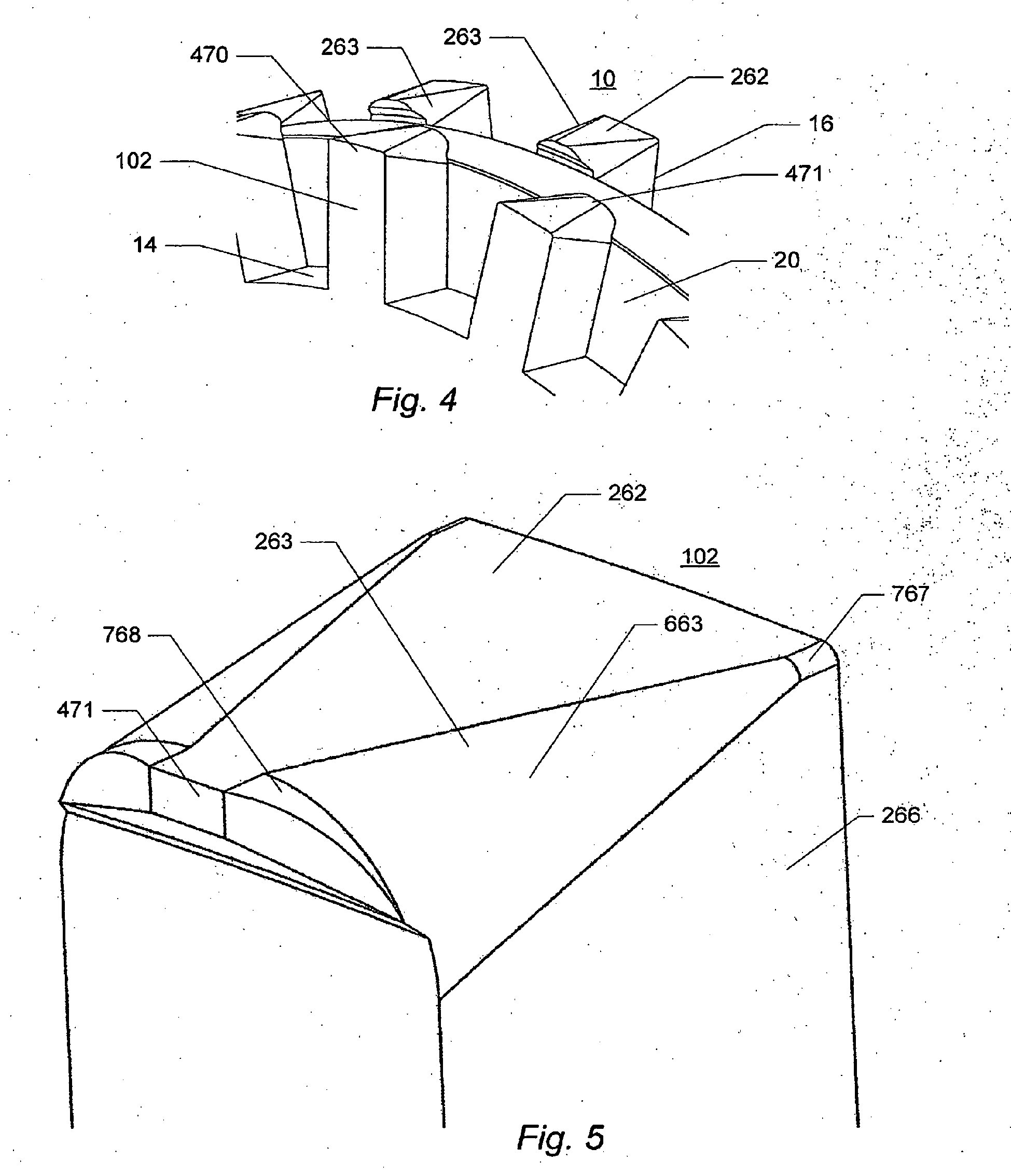 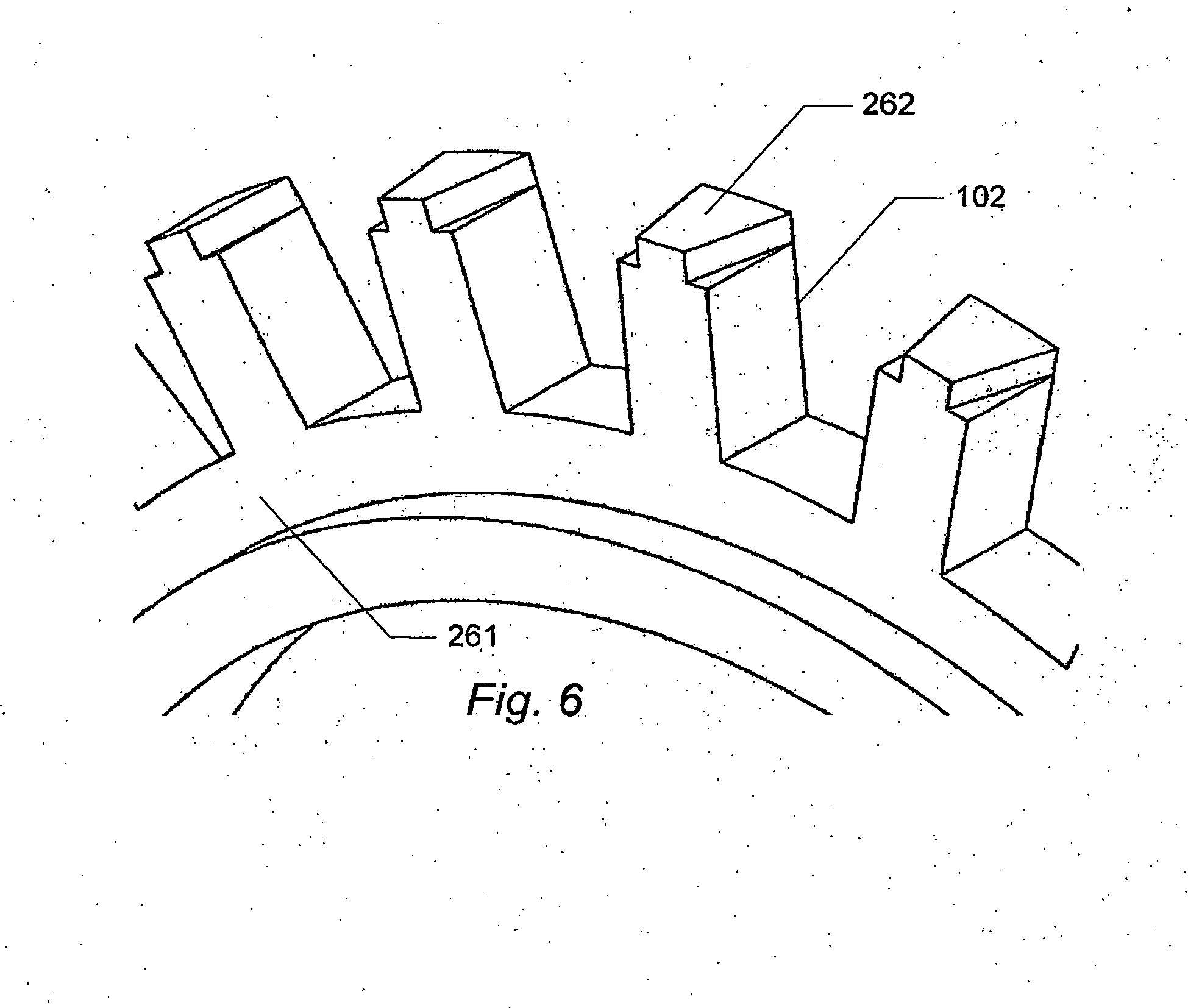 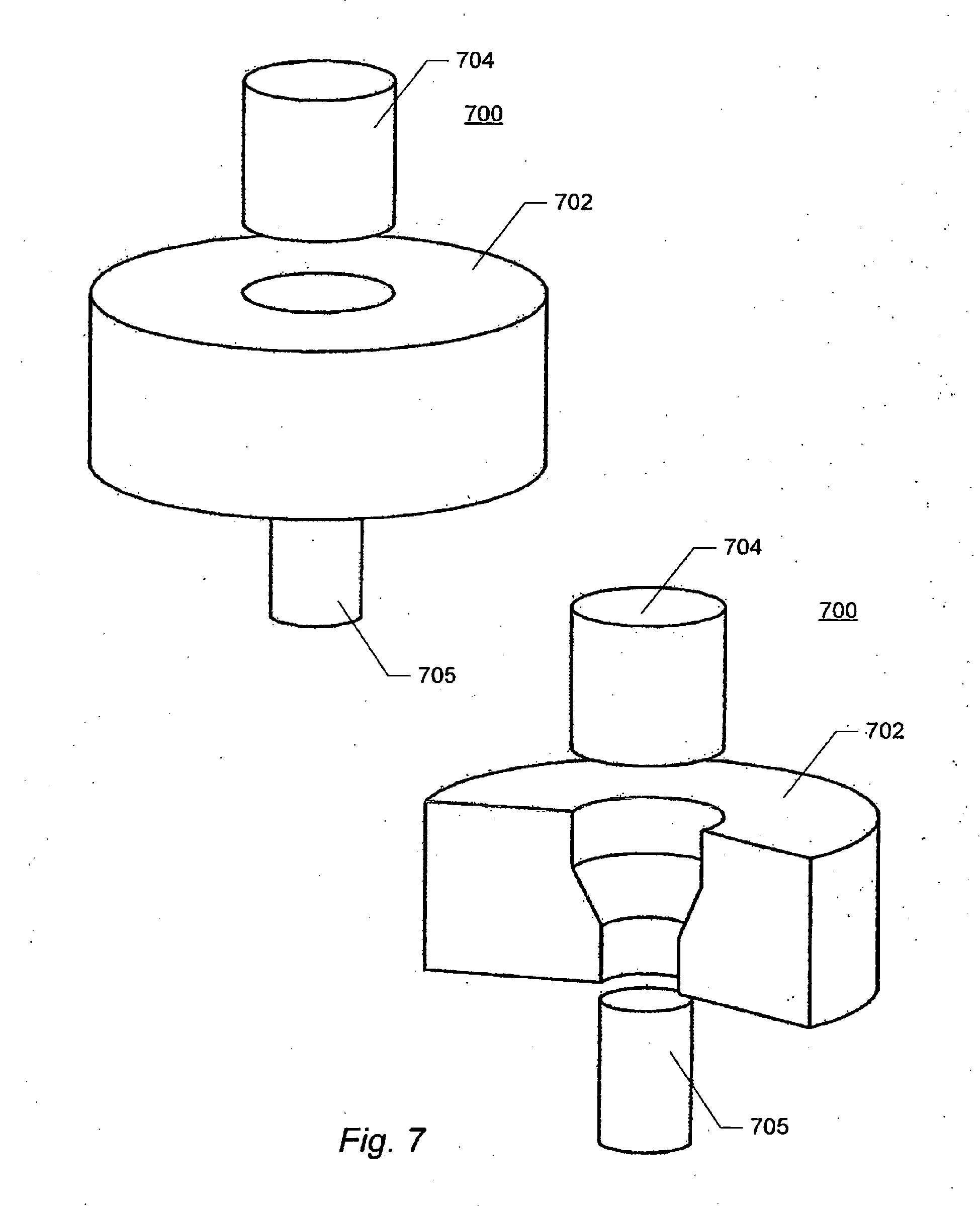 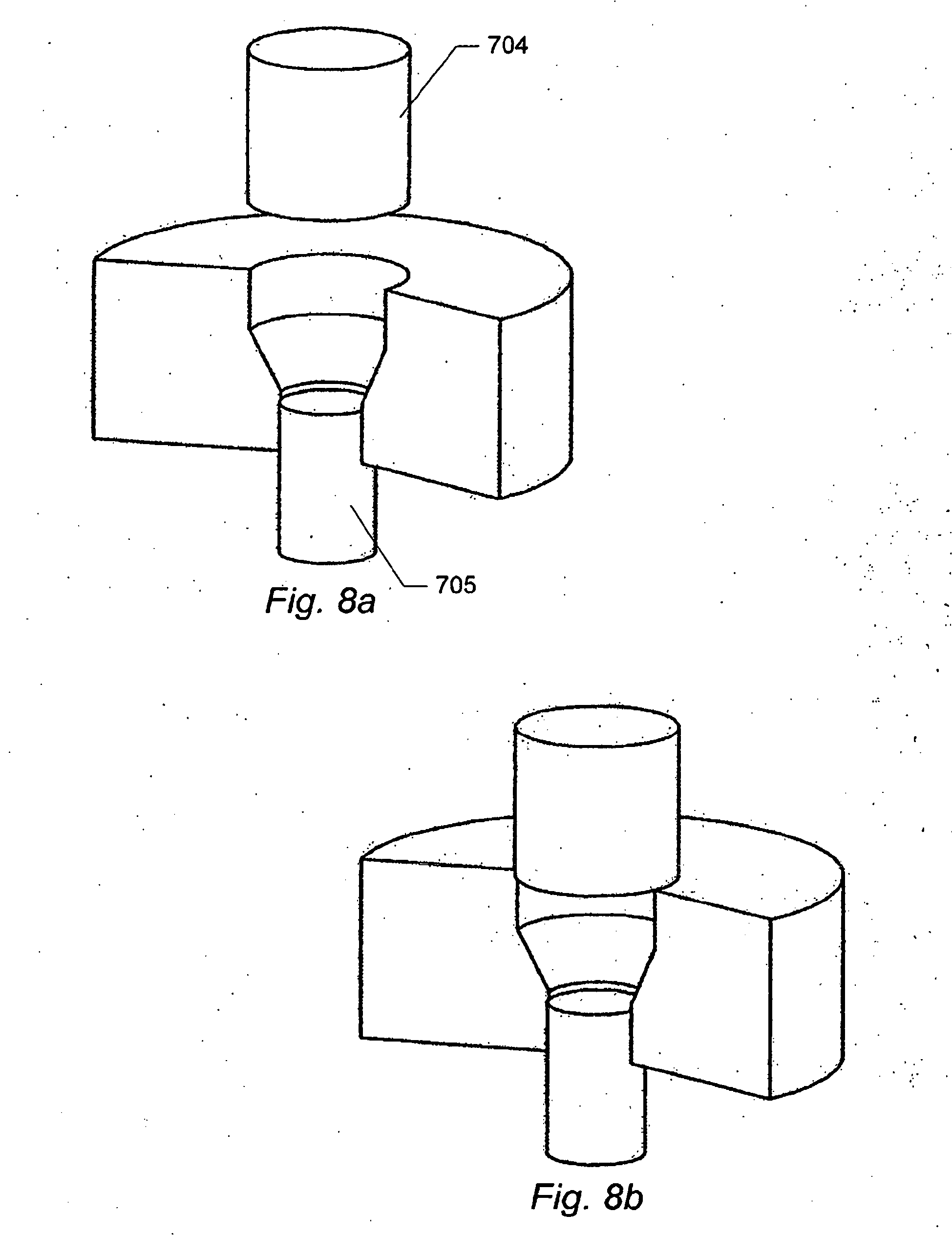 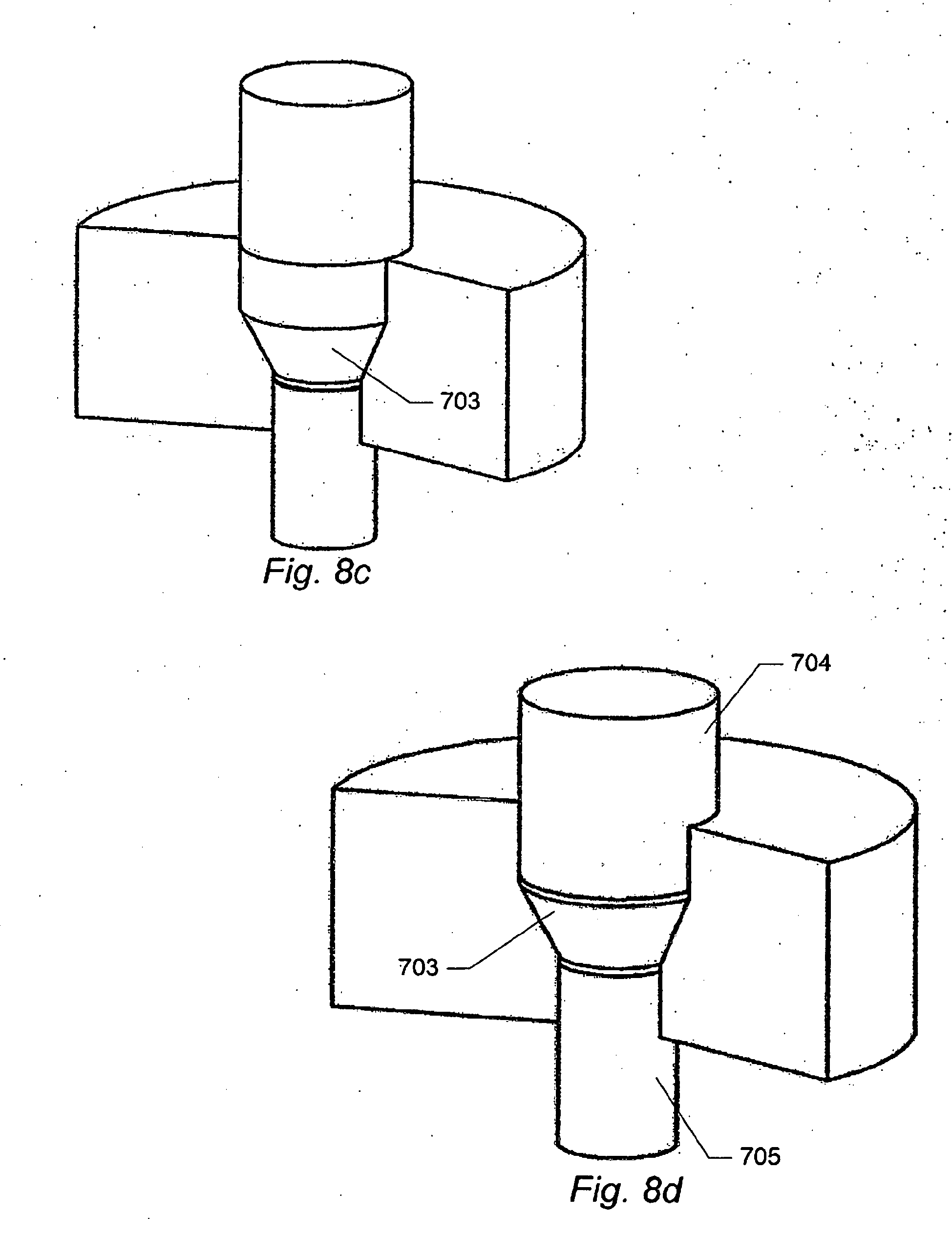 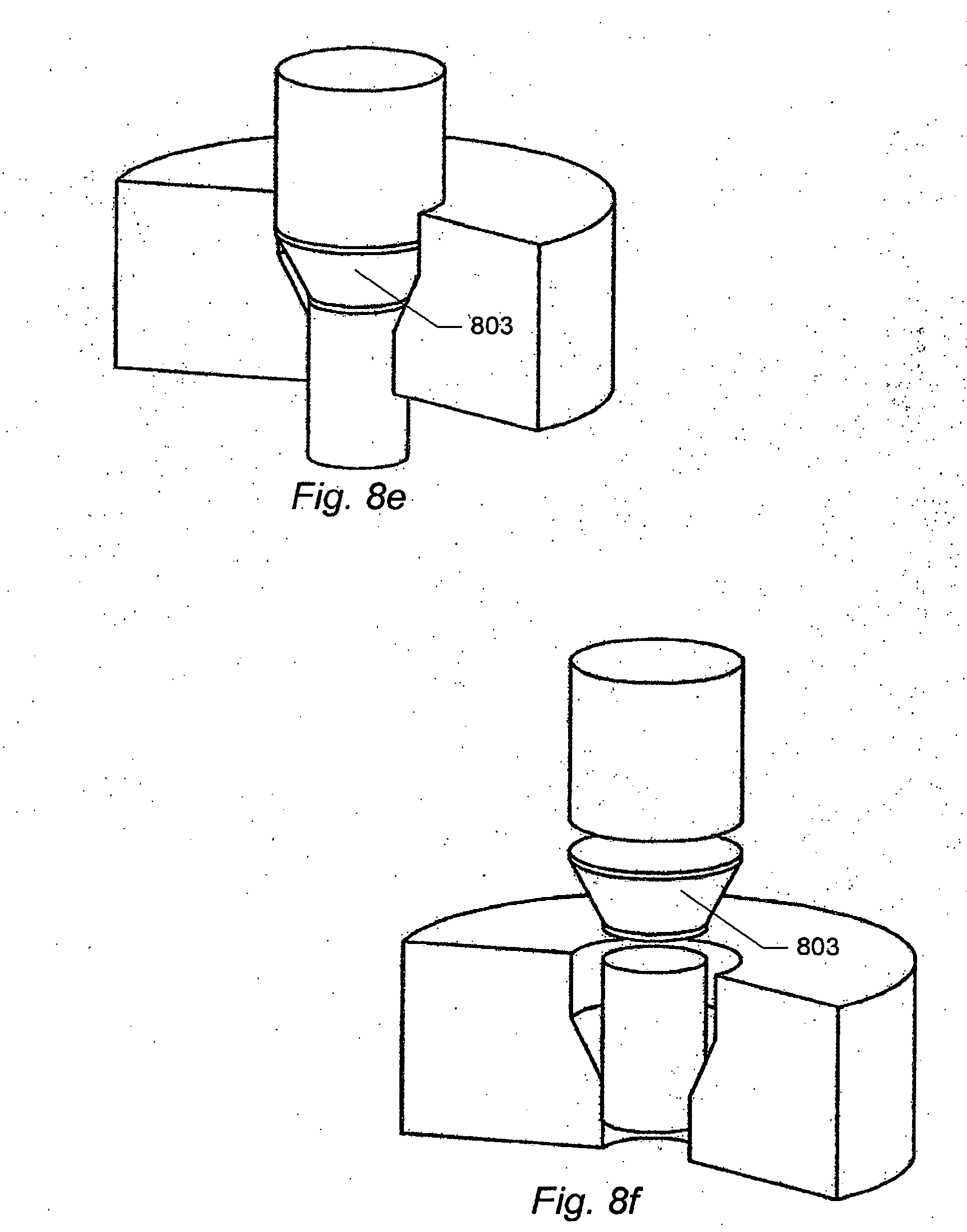 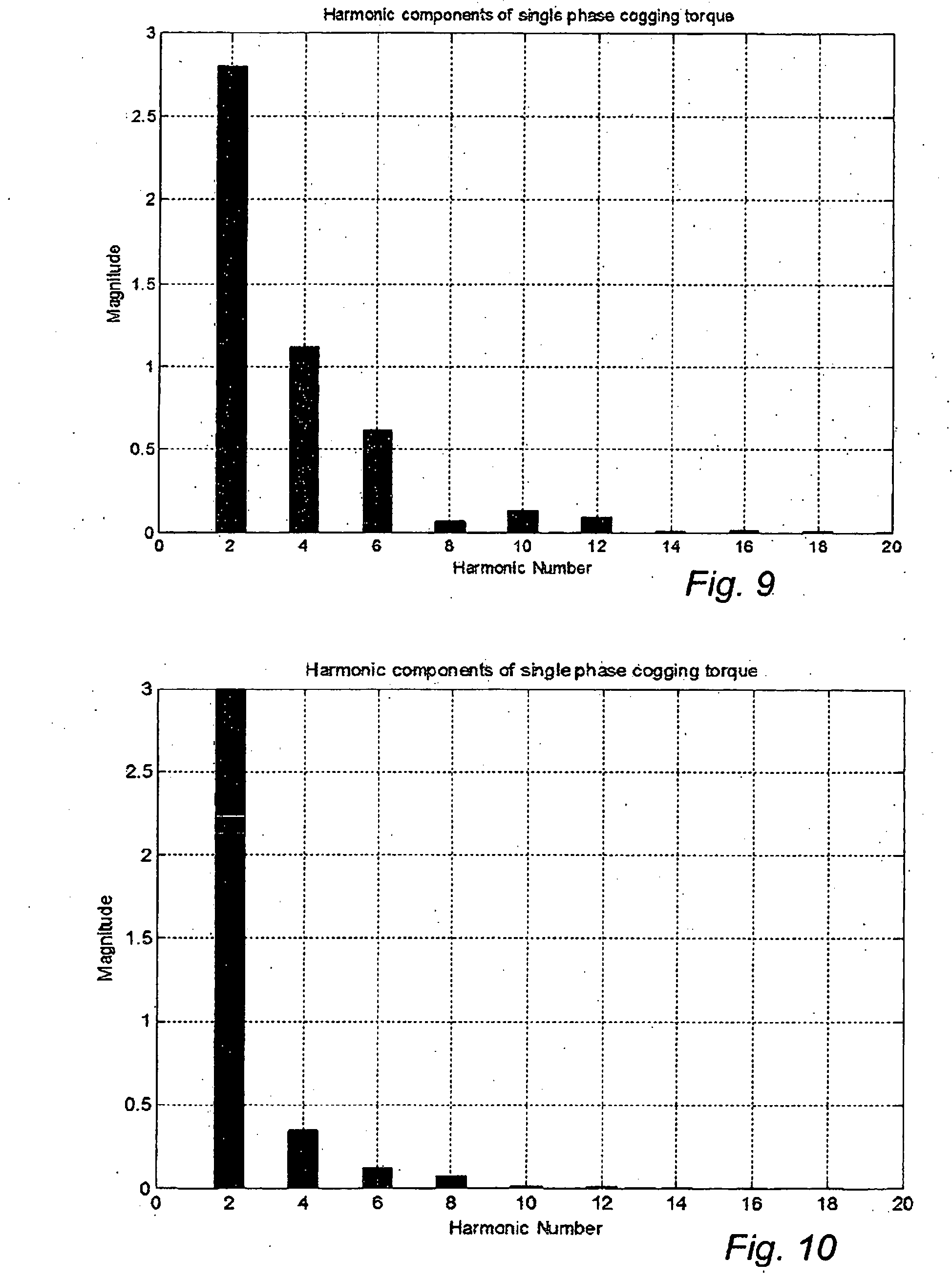 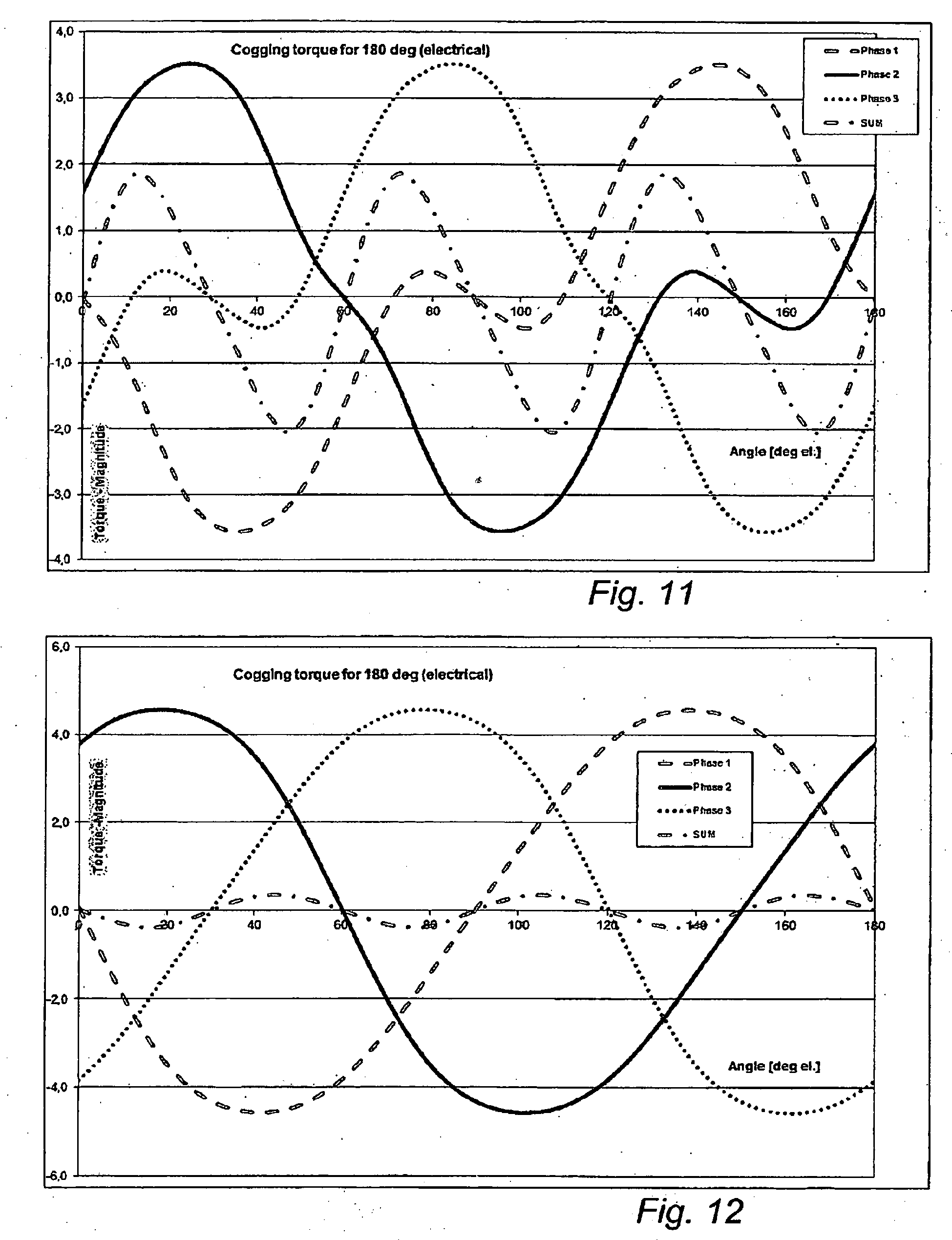