[0001] The present invention relates to an apparatus and method for a sound generating device combined with a display unit, such as may be present in but not only for a portable music device or wireless radio as well as larger consumer electronics devices such as televisions and desktop/laptop personal computers. The invention further relates to, but is not limited to, an apparatus for use with sound generating devices for arranging a virtual sound outlet based upon sound reproductions.
[0002] Sound generating devices such as mobile or cellular handsets or other portable devices such as gaming devices, personal computers or music players are known to include a suitable sound generating system comprising suitable software algorithms, electrical circuitries and mechanical arrangements. In case of a mobile handset, an integrated speaker module can for example reproduce a downlink or received audio signal or reproduce any compatible format audio signal. Some devices are known to include an earpiece speaker module for example to reproduce a downlink audio signal in a speech call when the device is located close to the user. Furthermore, it is known that some devices include a suitably designed integrated speaker module, for example a multi-function device, to function both as the earpiece speaker module and integrated speaker module. These modules are known as speaker modules for sound reproduction and their size and construction can vary.
[0003] In recent years, sound generating devices have been designed to assist different use cases such as music playback, ringtone playback, FM radio playback etc. In addition, such devices can comprise connectors for providing connectivity to external interfaces such as audio connectors and/or USB connectors. Using these external interfaces it is possible to arrange playback functionality. For example, an audio file can be played from the integrated speaker module and also using an external speaker system or a headset comprising one or more speaker modules.
[0004] The consumer products industry is driven, particularly for portable products like mobile phones, toward thinner designs and larger displays which enable more information to be viewed. Traditionally this has resulted in reducing loudspeaker size to enable a larger display. Size reduction of speaker modules has been however generally at the cost of performance, which in many current products is adequate only for speech. Furthermore further size reduction of speaker modules can be achieved with conventional speaker modules without sacrificing further audio performance.
[0005] Sound and audio generating device design typically comprises at least one sound outlet which is partially or substantially visible to the user. The sound outlet radiates the acoustic or sound waves to the exterior from the interior of the device. These sound outlets can be formed using one or more openings such as meshes and, grills.
[0006] The location of sound outlets can vary for integrated speaker modules however they are commonly arranged either on the side or on the back surfaces of the device. In some devices, the outlets are possibly located at the front surface of devices, for example an earpiece speaker module outlet is typically located on the front surface of the device. The physical locations of these sound outlets play a very important role for acoustic design but are influenced by other factors such as product shape, industrial and mechanical designs, production and tooling, as well as the location of other interfaces such as external audio connectors such as headphone jack, USB connector, memory card slot, and charging connector. It is understood that the locating of sound outlets is complex and problematic for current portable products.
[0007] EP1542064 discusses a liquid crystal display device having a sound output function.
[0008] EP1655930 discusses a portable apparatus which includes a sound output device for outputting a sound by vibrating a plate-shaped transparent member. The plate-shaped transparent member overlies a display screen. A display means displays an image on the display screen, and a display controller controls the display means so that the display means displays ear placement information on the display screen showing where to place a user's ear.
[0009] EP2268012 discusses a display apparatus having an object-oriented 3D sound coordinate indication, in which sounds are outputted from a speaker positioned matching with a coordinate of an object in a matrix speaker apparatus formed of a plurality of small size speakers disposed behind a display apparatus in cooperation with an object content displayed on a display apparatus screen. The display apparatus has an object-oriented 3D sound coordinate indication comprises a center channel decoder which receives an audio signal corresponding to a center channel speaker among the audio signals outputted from a decoder of the surround speaker system and separates into sound sources based on an object; a center channel matrix for setting the coordinates of sound sources based on the objects separated by the center channel decoder; a matrix amplifier for amplifying an output sound of a speaker matching with each coordinate value of the sound sources based on the object; and a plurality of speakers which are arranged in a matrix shape behind the display monitor, whereby sounds are outputted through the speakers corresponding to the coordinates of the objects displayed on the display monitor.
[0010] There is provided according to a first aspect of the application an apparatus, in accordance with appended Claim 1.
[0011] According to a second aspect there is provided a method in accordance with appended Claim 11.

[0012] For better understanding of the present invention, reference will now be made by way of example to the accompanying drawings in which:

Figures 3a-3c show schematically a cross-sectional view of the apparatus shown in Figure 2 at the dashed line denoted "A" according to some embodiments of the application;

Figure 4 shows schematically a cross-sectional view of the apparatus shown in Figure 2 at the dashed line denoted "A" according to an alternative embodiment of the application;

Figure 4a shows schematically a detail of the apparatus shown in Figure 4; and

Figure 5 shows a speaker module schematic diagram in accordance with the exemplary embodiments.

at least one processor; and

cause the speaker to reproduce the sound via the generated sound waves from the touch screen display (103) at the determined one or more sound producing locations.

causing the speaker to reproduce the sound via the generated sound waves from the touch screen display at the determined one or more sound producing locations.

12. The method as claimed in claim 11, further comprising determining the user input on the touch screen display via a touch sensor. 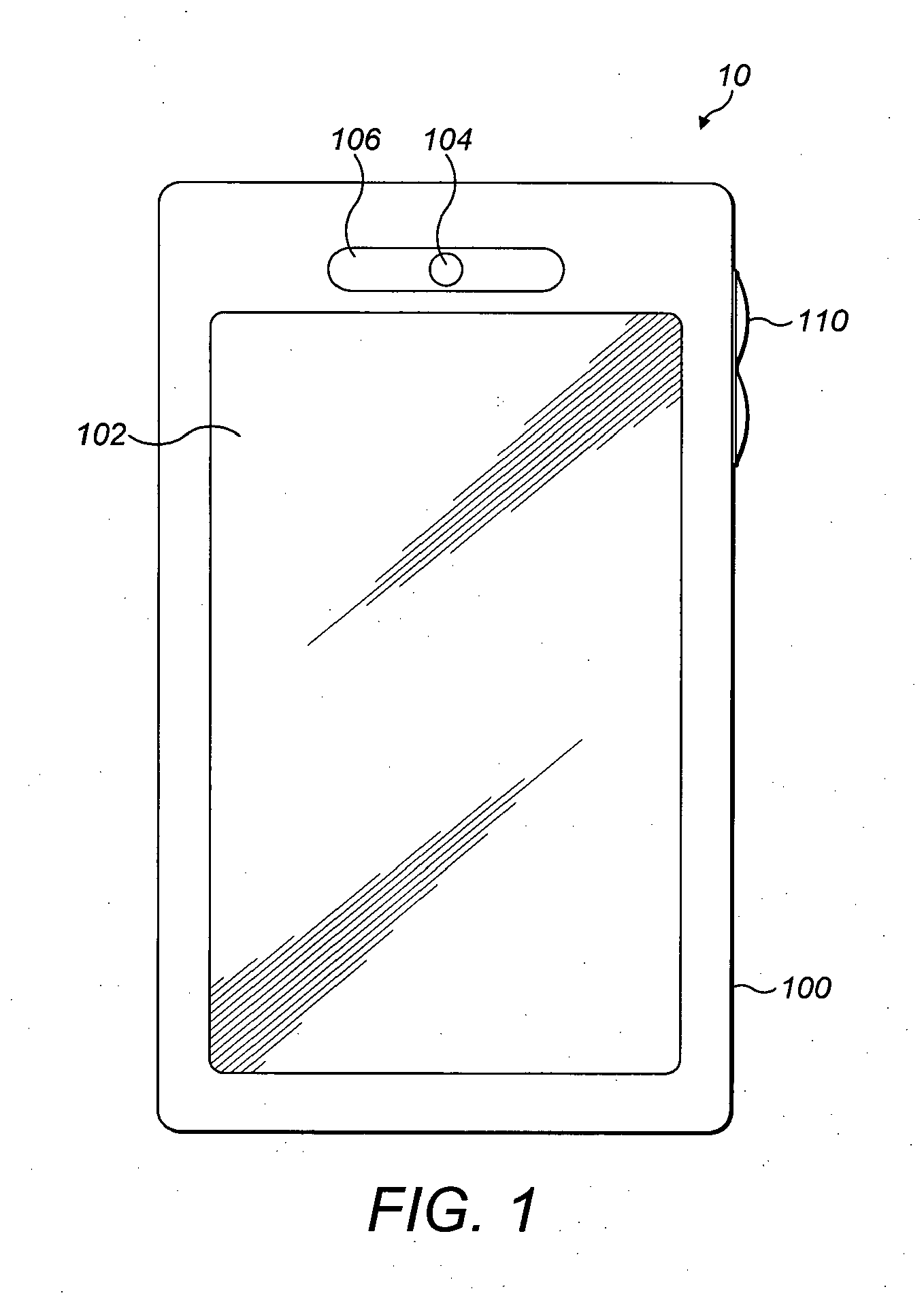 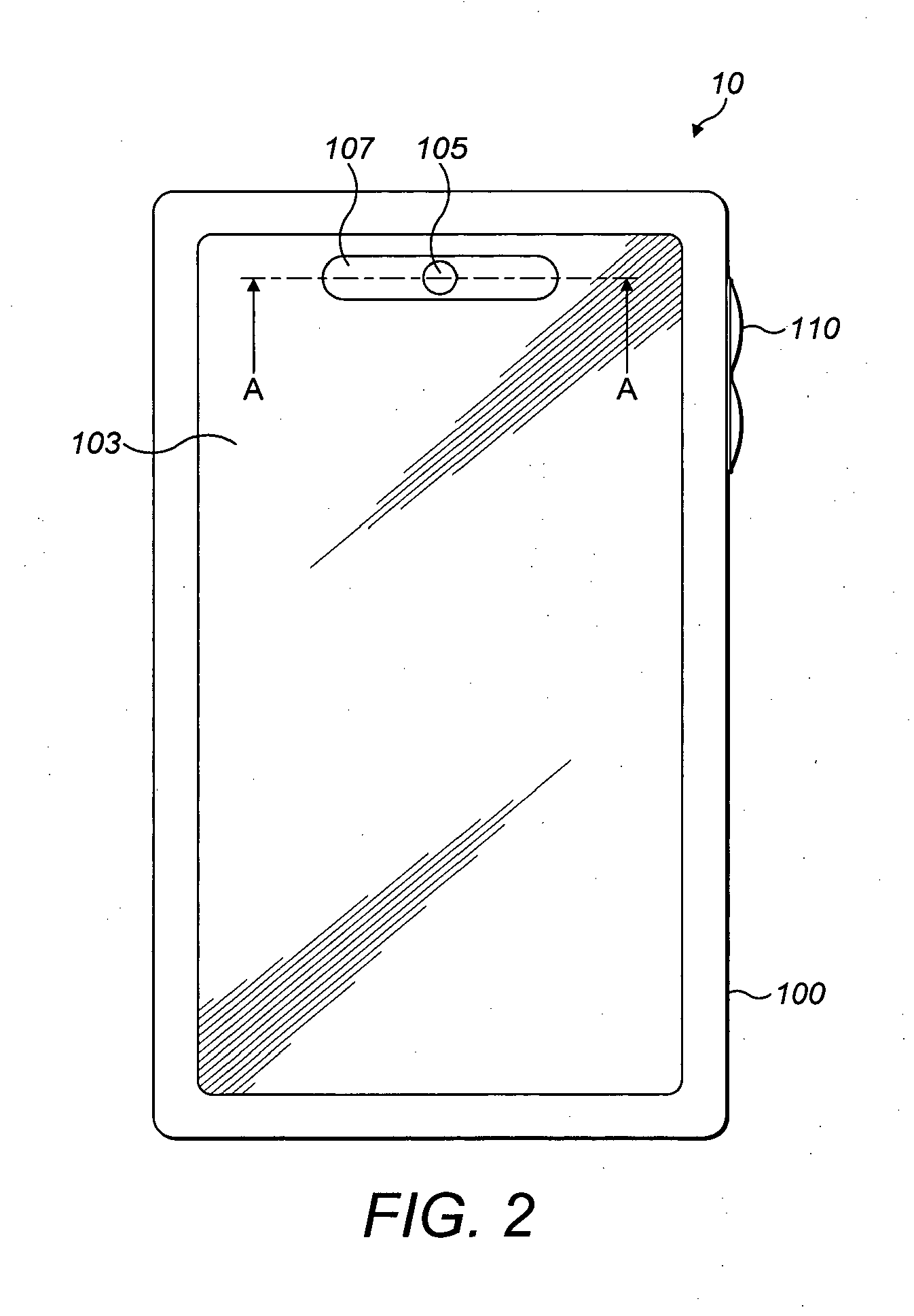 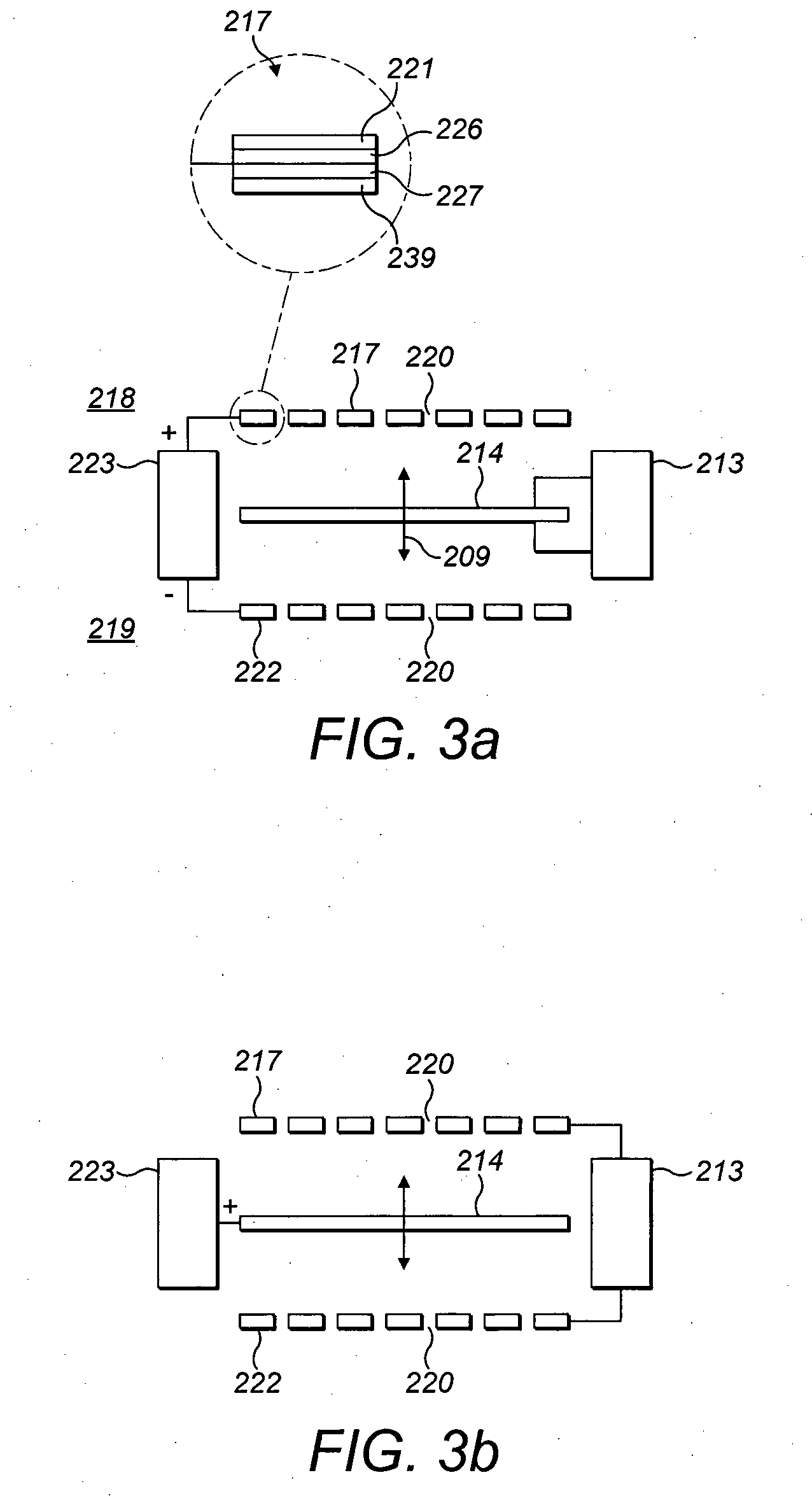 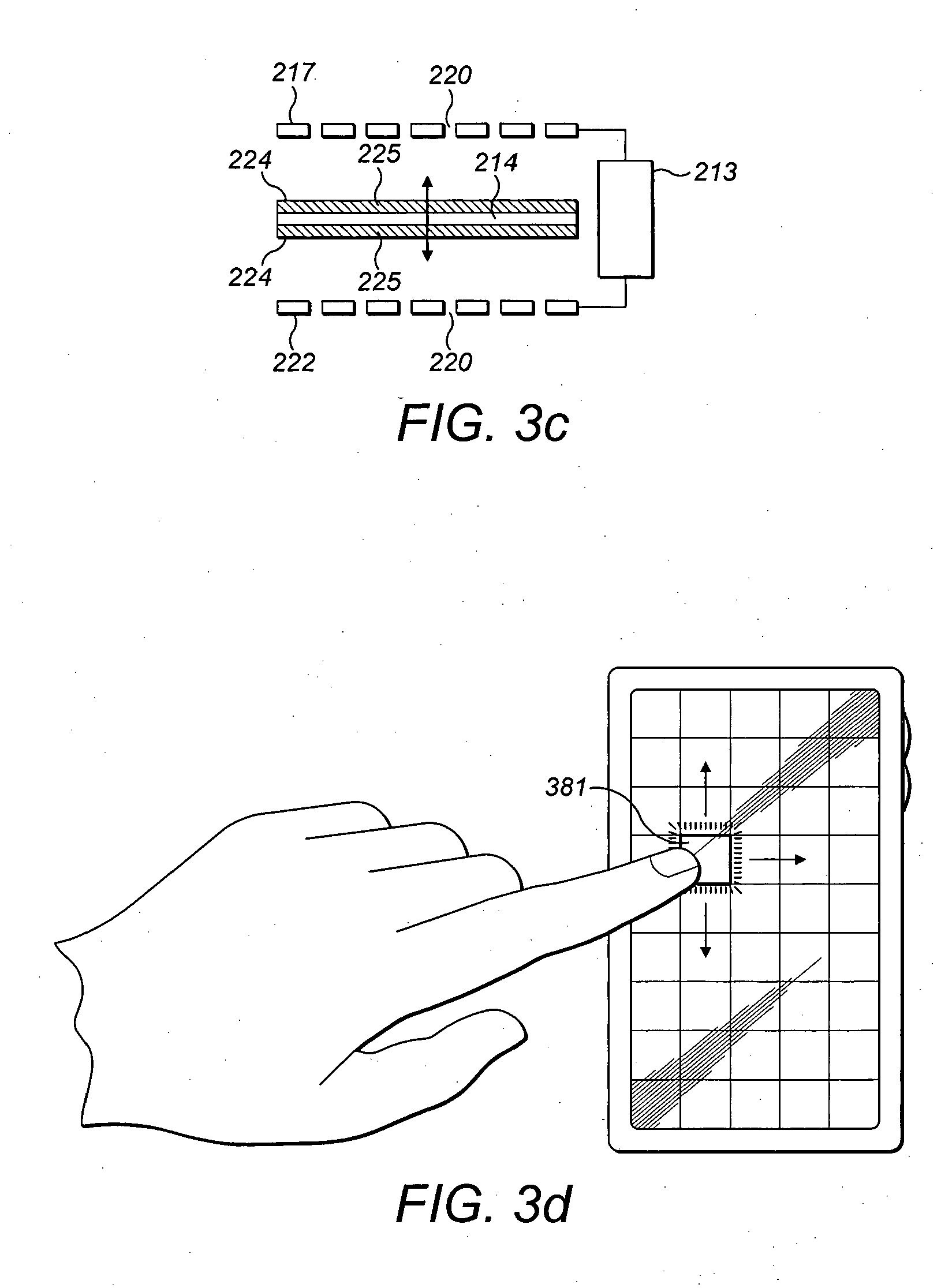 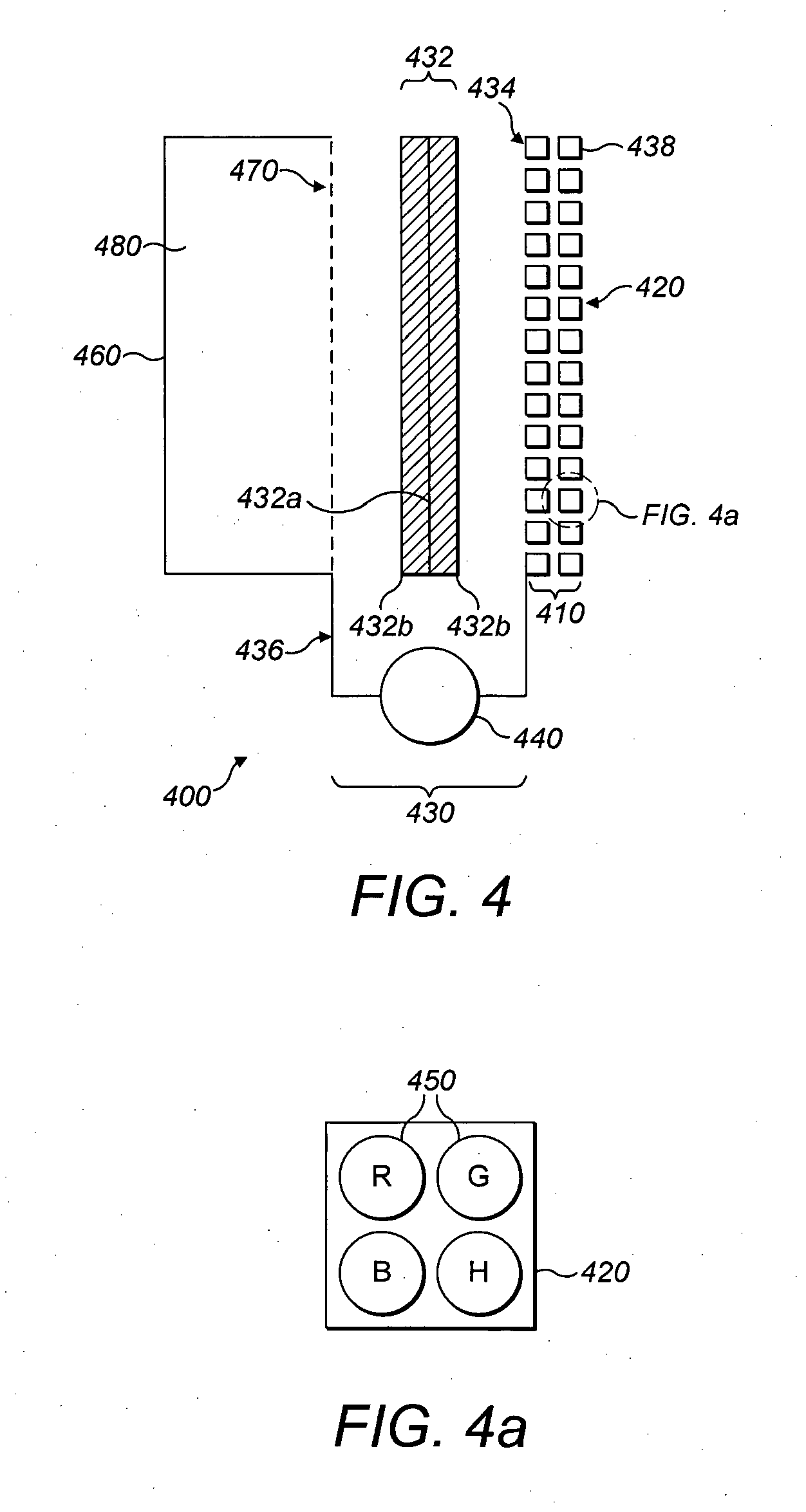 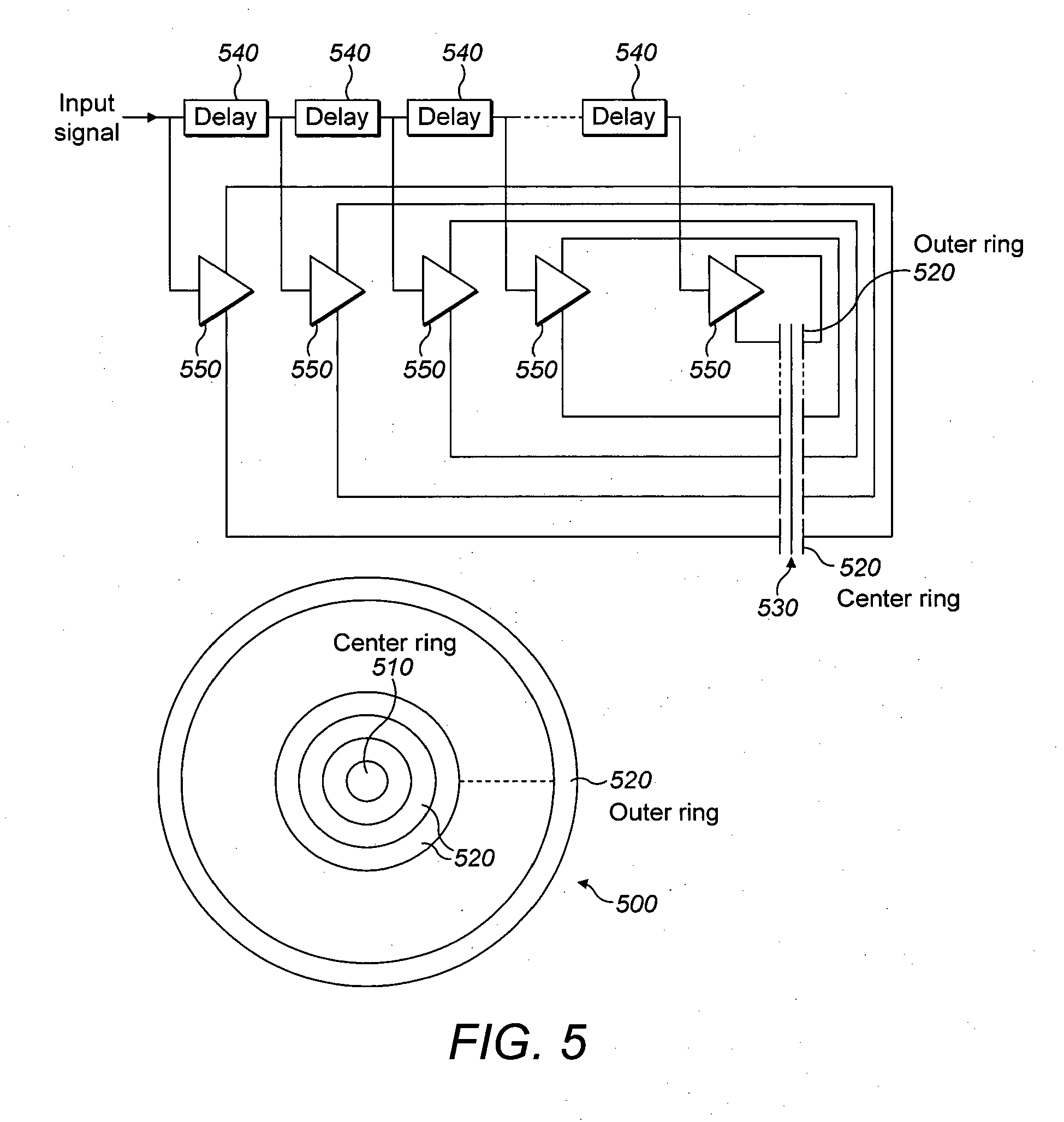 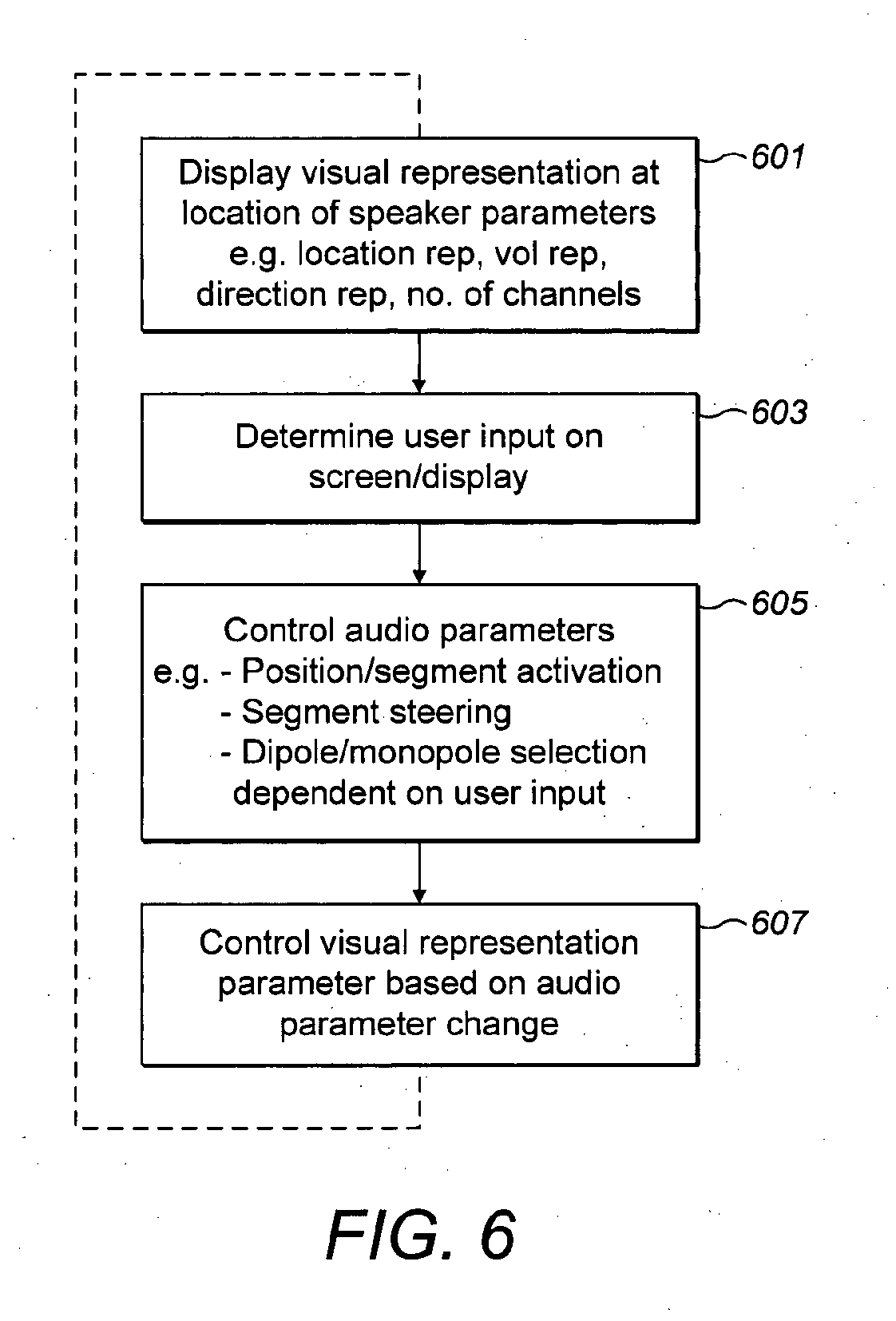