[0006] "Localized" controllers for EC windows are described. A localized controller is an "onboard" or "in situ" controller, where the window controller is part of an insulated glass unit (IGU) and thus does not have to be matched with a window and installed in the field. The window controllers have a number of advantages because they are matched to the IGU containing one or more EC devices. Localized controllers eliminate the problematic issue of varying wire length from EC window to controller in conventional systems. An in situ controller is incorporated into the IGU prior to installation. As discussed in more detail below, a number of advantages and synergies are realized by localized EC window controllers, in particular, where the controller is part of an IGU.
[0007] According to the invention, there is provided an insulated glass unit according to appended claim 1. Preferred embodiments are defined in the dependent claims.
[0008] These and other features and advantages will be described in further detail below, with reference to the associated drawings.

[0009] The following detailed description can be more fully understood when considered in conjunction with the drawings in which:

Figure 1A depicts conventional fabrication of an IGU including an EC pane and incorporation into a window assembly.

Figure 2A is a schematic of a window assembly with an IGU having an onboard controller.

Figure 2B is a schematic of an onboard window controller.

Figure 3 depicts a wiring scheme including EC windows with onboard window controllers.

Figure 5A is a schematic of an onboard window controller.

Figures 6A and 6B depict automated and non-automated daisy chain configurations for EC windows and controllers, respectively.

a sealing separator (215) between said additional pane and the electrochromic pane, and

a power converter configured to convert a low voltage to the power requirements of said electrochromic device;

a microcontroller comprising a logic for controlling said electrochromic device based at least in part by input received from one or more sensors; and

6. The insulated glass unit (210) of claim 1, further comprising a sensor coupled to said window controller (220), optionally wherein the sensor is a thermal or optical sensor. 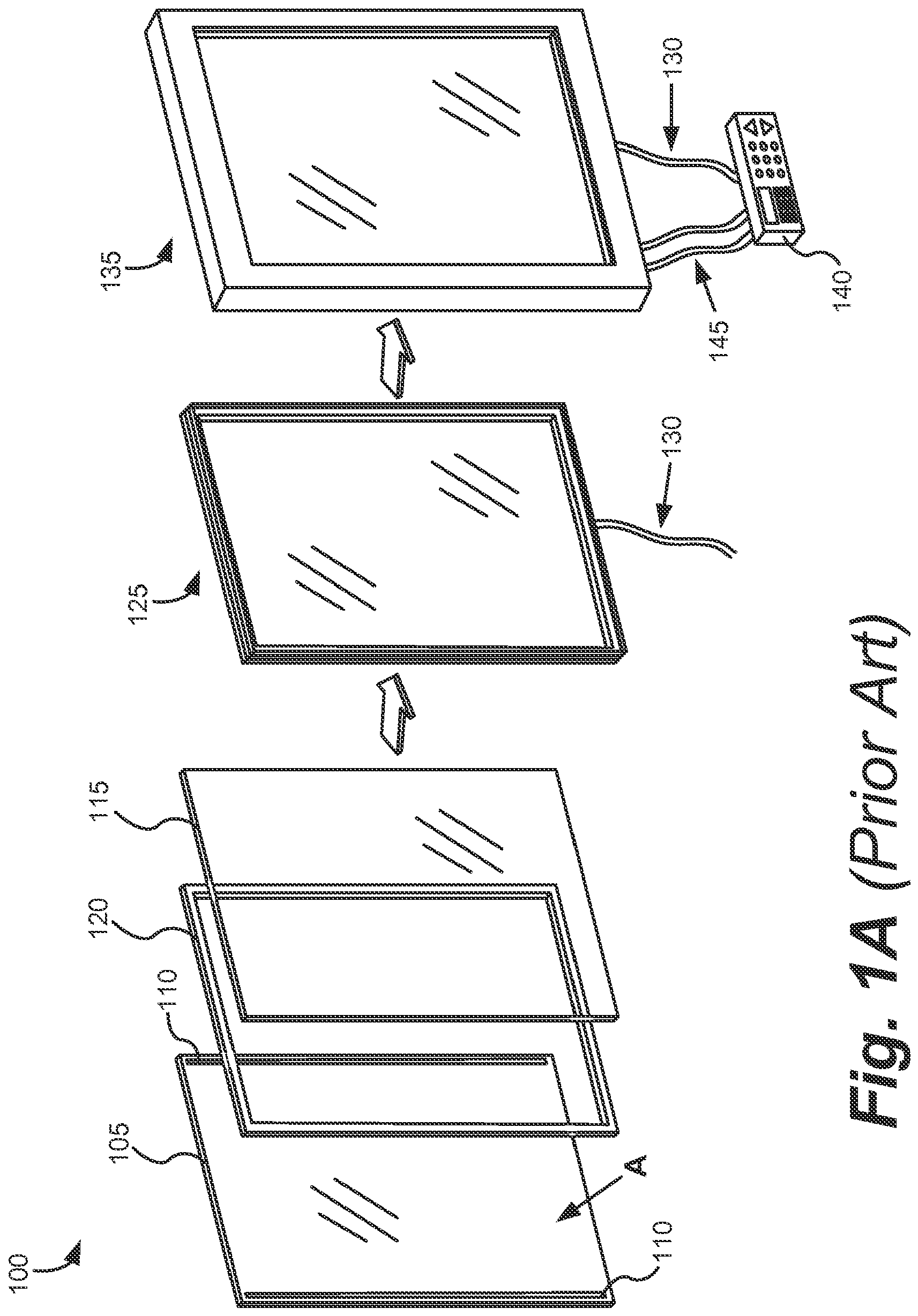 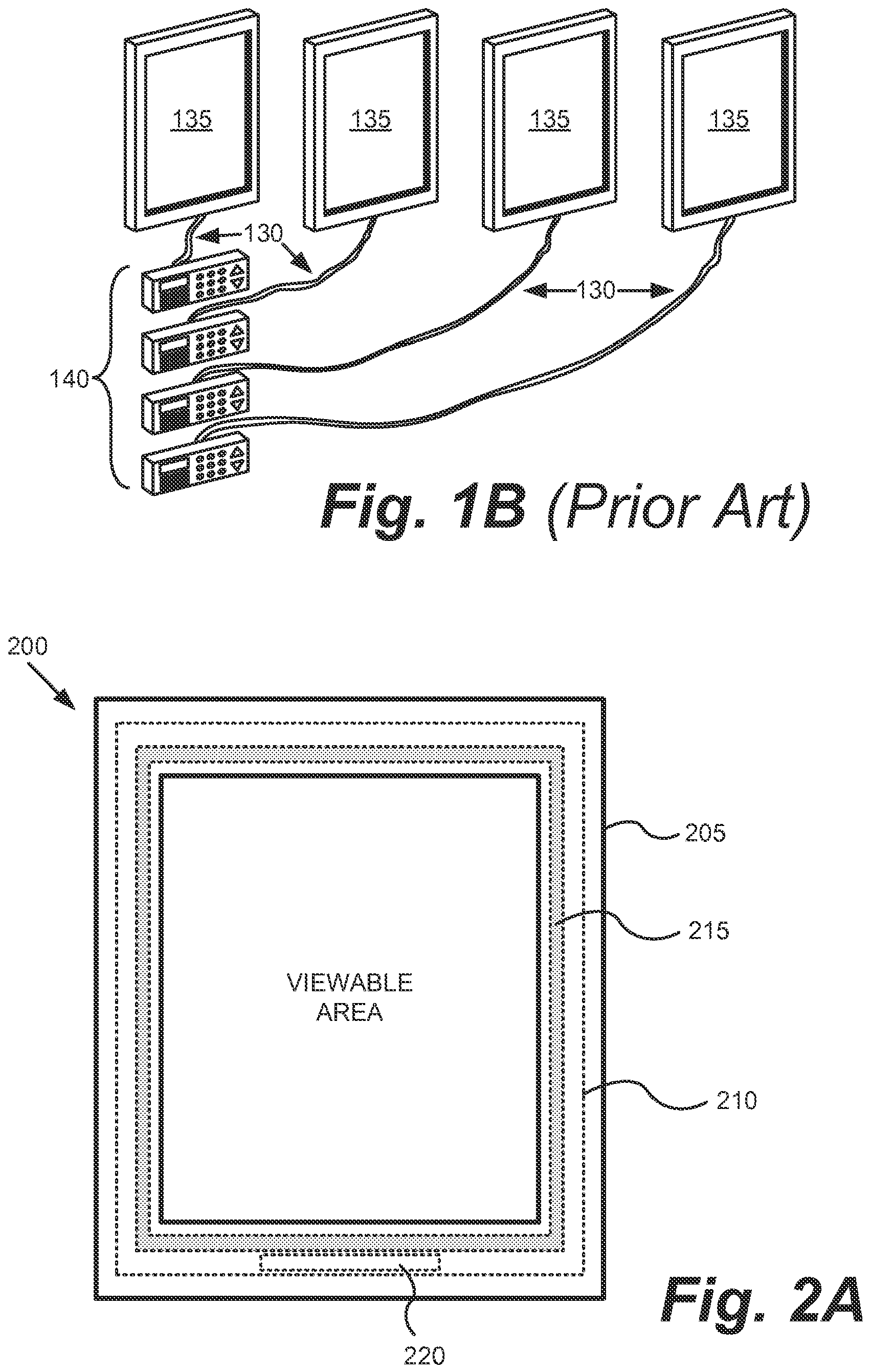 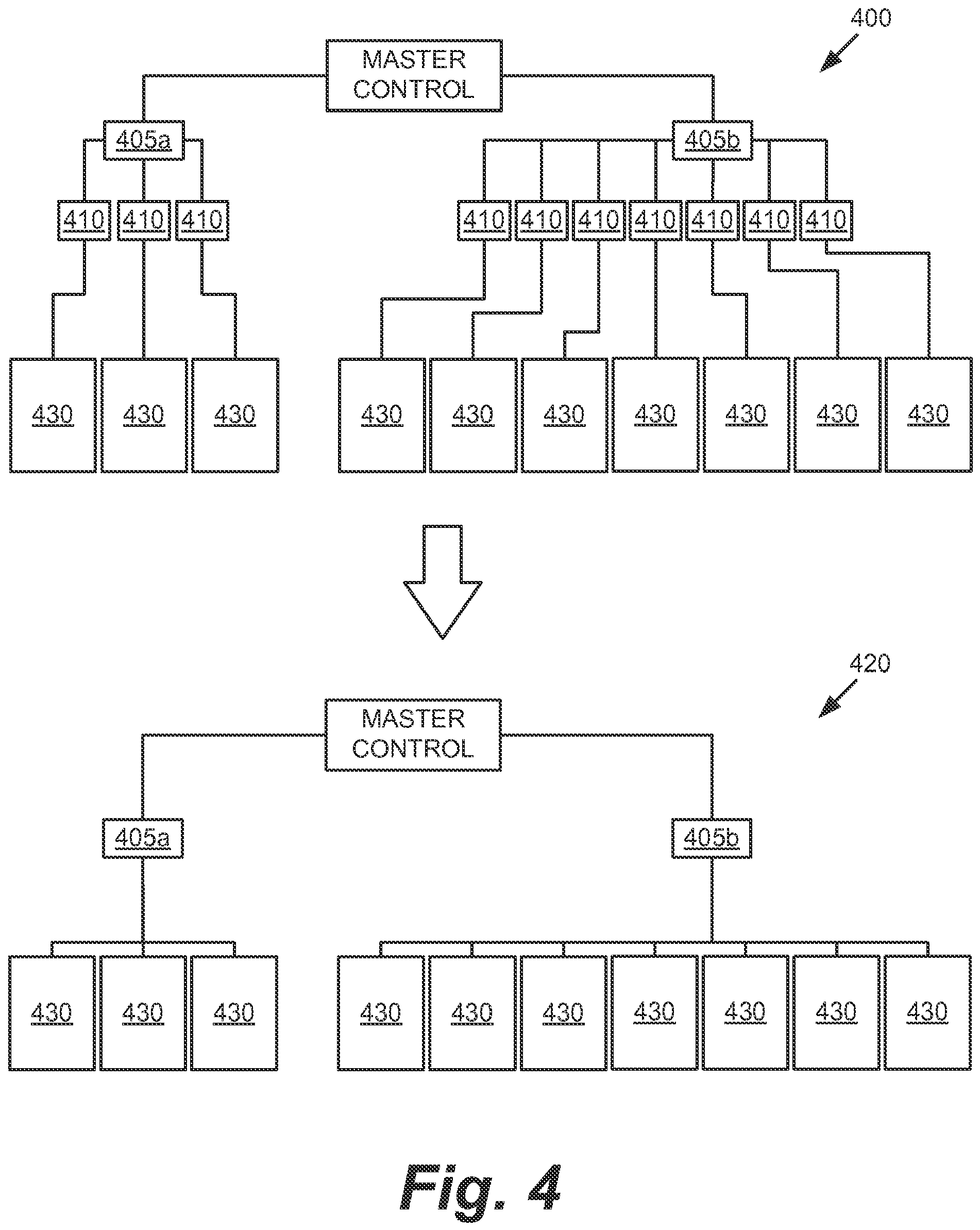 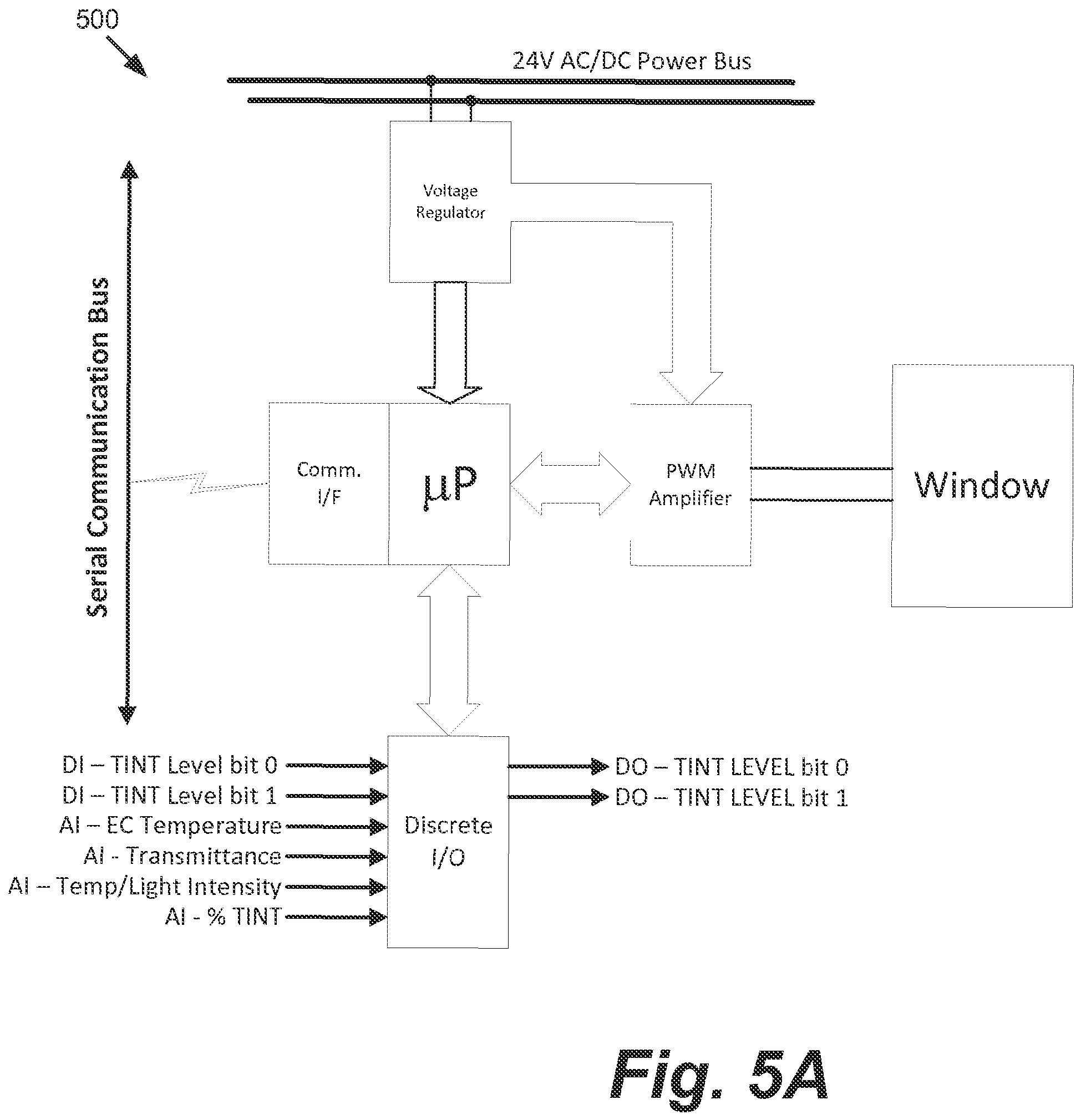 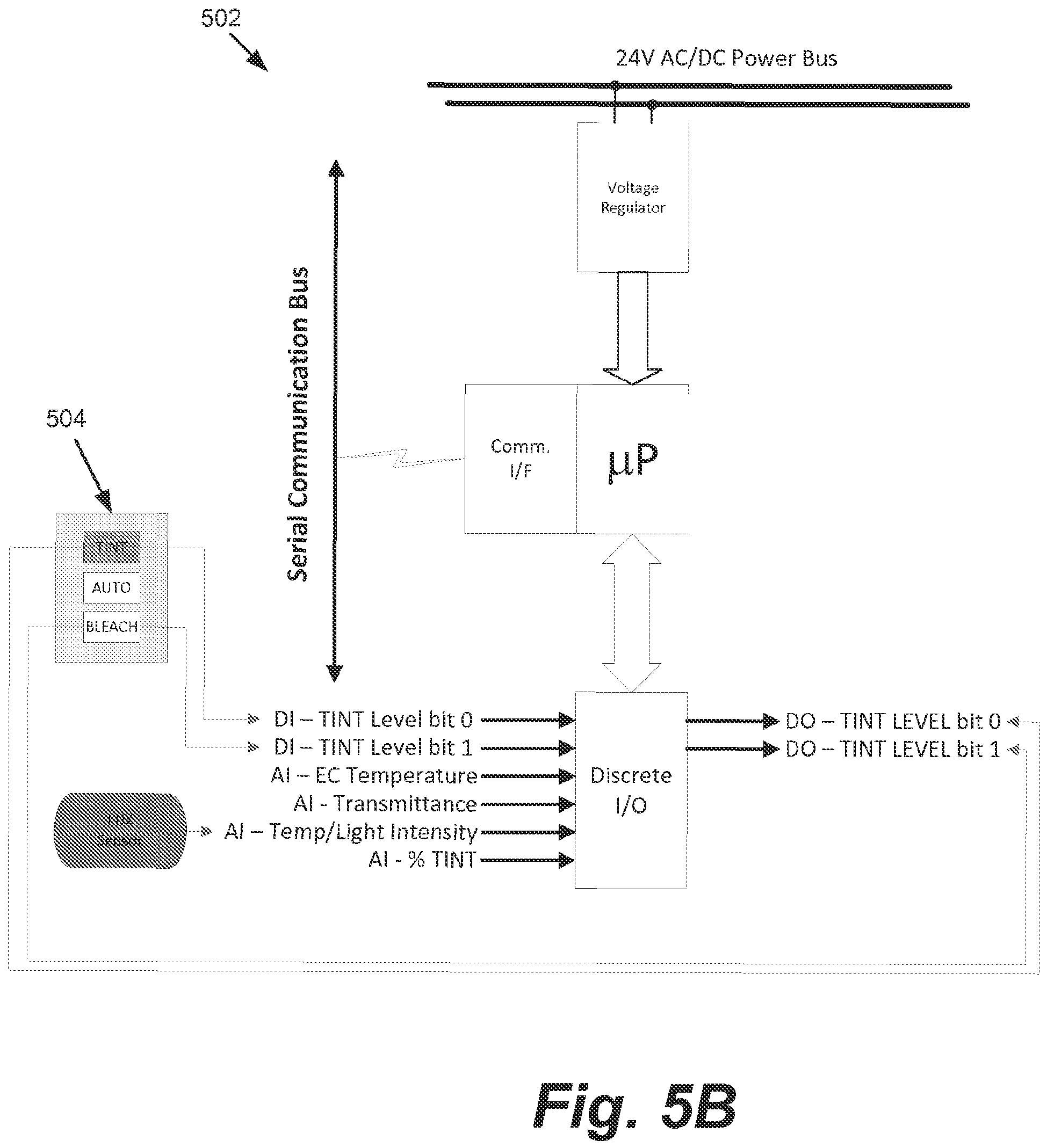 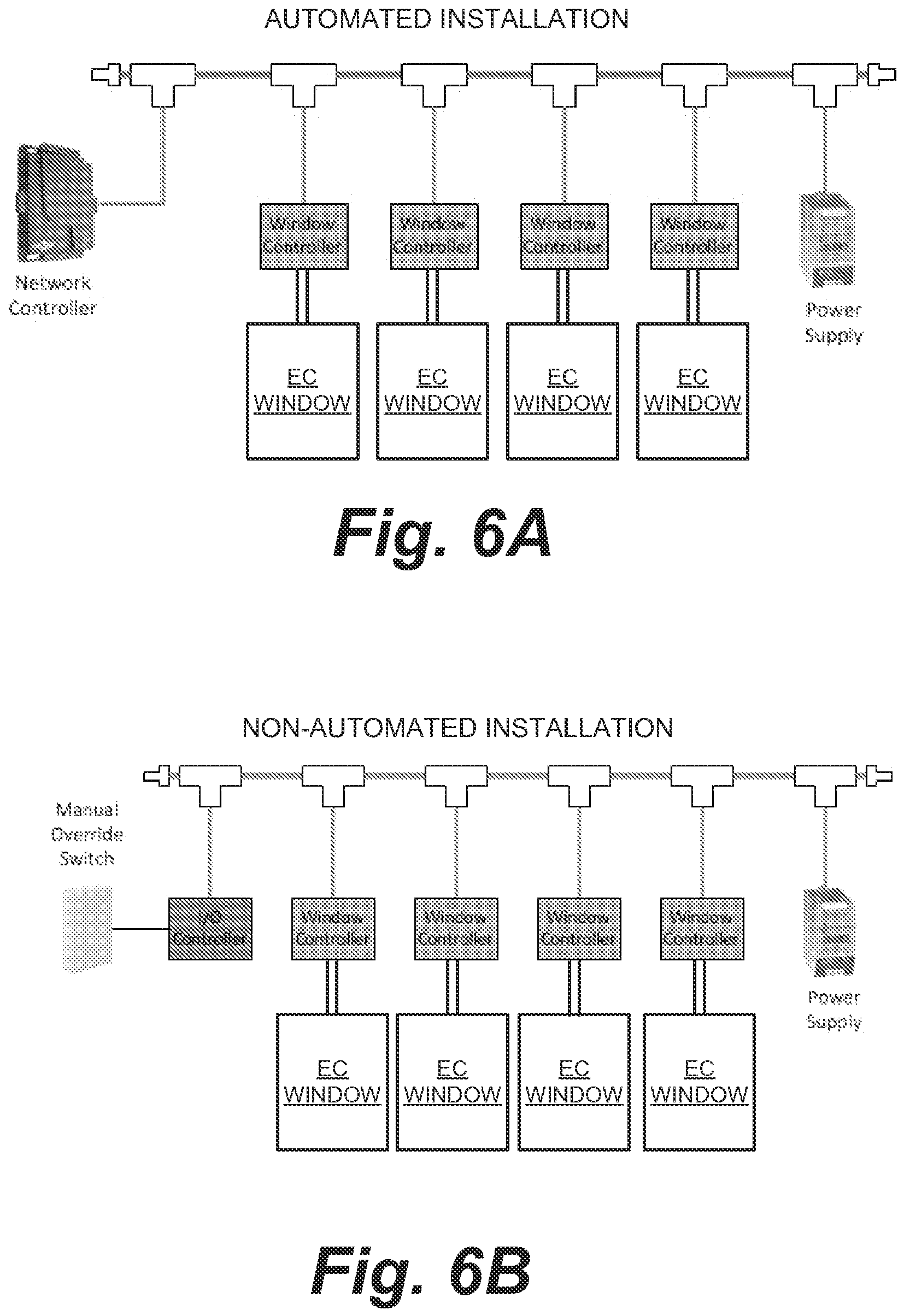