[0002] Electromechanical locking devices are used in security and access control arrangements for buildings. One such locking device, commonly known as a "drop-bolt", is intended for fitting in the door frame above the top of a door. The device includes an electrically activated bolt which is moveable between an extended position, where it engages with a recess in the top of the door to lock the door, and a retracted position, where the bolt is withdrawn from the recess in the door, allowing the door to be opened.
[0003] There is a problem with drop-bolts caused by a condition known as "preload". That is, when the bolt is extended, and there is some sideways pressure on the door, such as caused by a person leaning on the door, or due to differing air pressures on either side of the door, then the locking device may be unable to withdraw the bolt, and so the door is not able to be unlocked.
[0004] Some have tried to overcome the problem of preload by way of locking devices which utilise a roller nut that is driven by a screw shaft. The roller nut engages with a pivotal bolt to rotate the bolt to an extended position. However, such devices are typically complex in their construction and involve a large number of moving parts. Locks with large numbers of moving parts can be expensive to manufacture and the large number of parts introduce opportunities for component failure, and provide potential opportunities for intruders to compromise the lock.
[0005] US-A-5 148 691 discloses an electrically operated lock mechanism which can also be operated by a key. The latch bolt can be extended or retracted by operation of a worm drive arrangement. AU-B-777 279 discloses an electronic lock mechanism with a rotary motor connected to a pivoting bolt via a gearbox and a cam, wherein the bolt is biased to its retracted position by a return spring.
[0006] Other electrically controlled locks are disclosed in US-A-4 825 027, WO2006/115335, WO2008/066210 and DE-U-299 18 033.

[0011] An embodiment of the present invention will now be described, by way of example only, with reference to the accompanying drawings, in which:

Figure 1 shows a locking device according to the invention;

Figures 3 to 9 show a sequence of views of the locking device of figure 1 in various stages of operation; and

Figure 10 shows an aperture plate for use with the locking device of figure 1.

1. A locking device including:

as the gear (20) rotates it cooperates with a cam formation (34) associated with the bolt (30) to move the bolt between the retracted and extended positions; and

a return spring (40) for moving the bolt (30) from the extended to the retracted position,

3. A locking device according to any preceding claim wherein the rotation of the gear (20) is monitored by at least one microswitch (40, 42).

4. A locking device according to any preceding claim further including a charge storage means; and
the lock can be arranged so that, if power to the lock is cut, the motor (14) is powered by the storage means to drive the worm (16) to cause the bolt (30) to move to the retracted position. 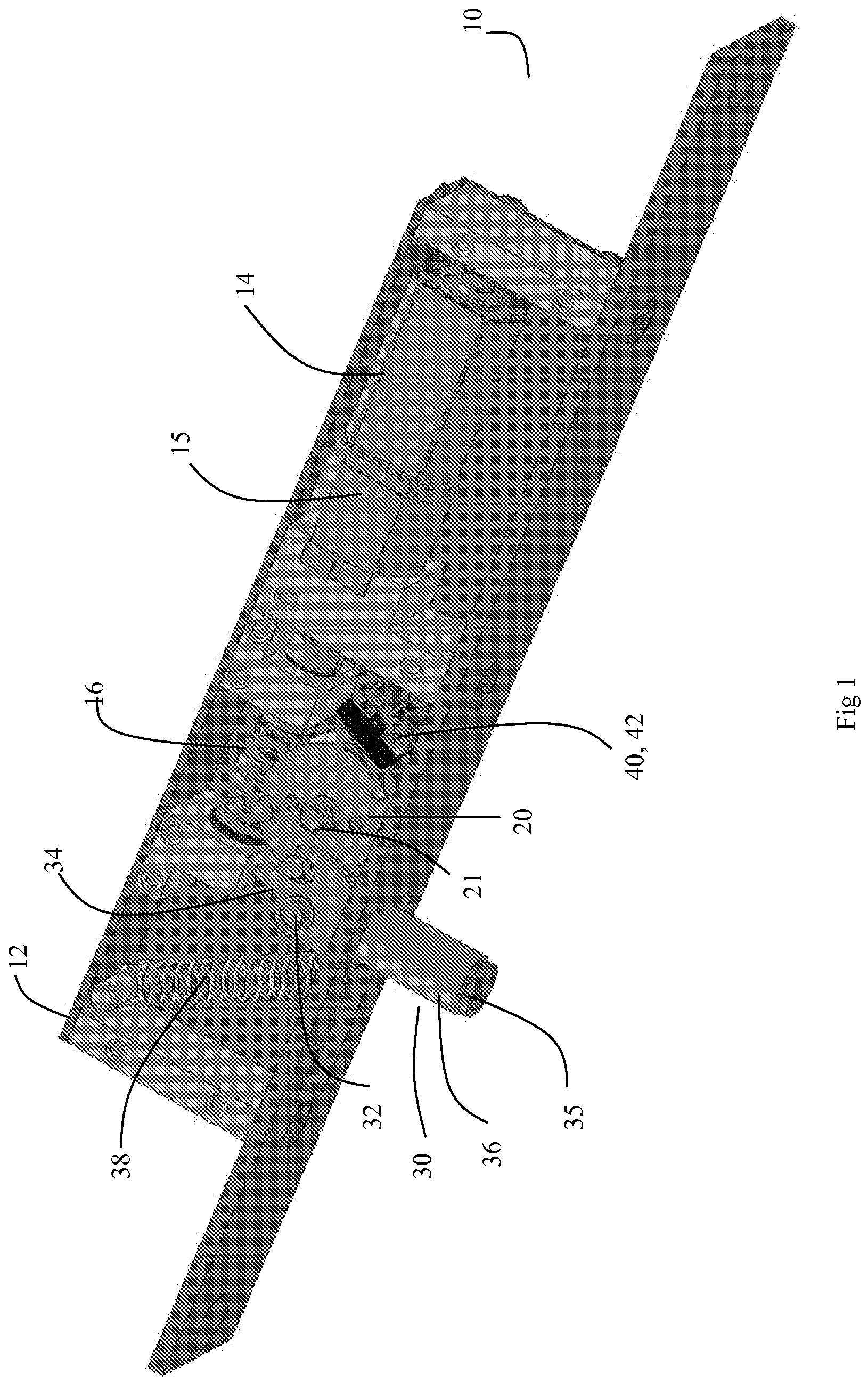 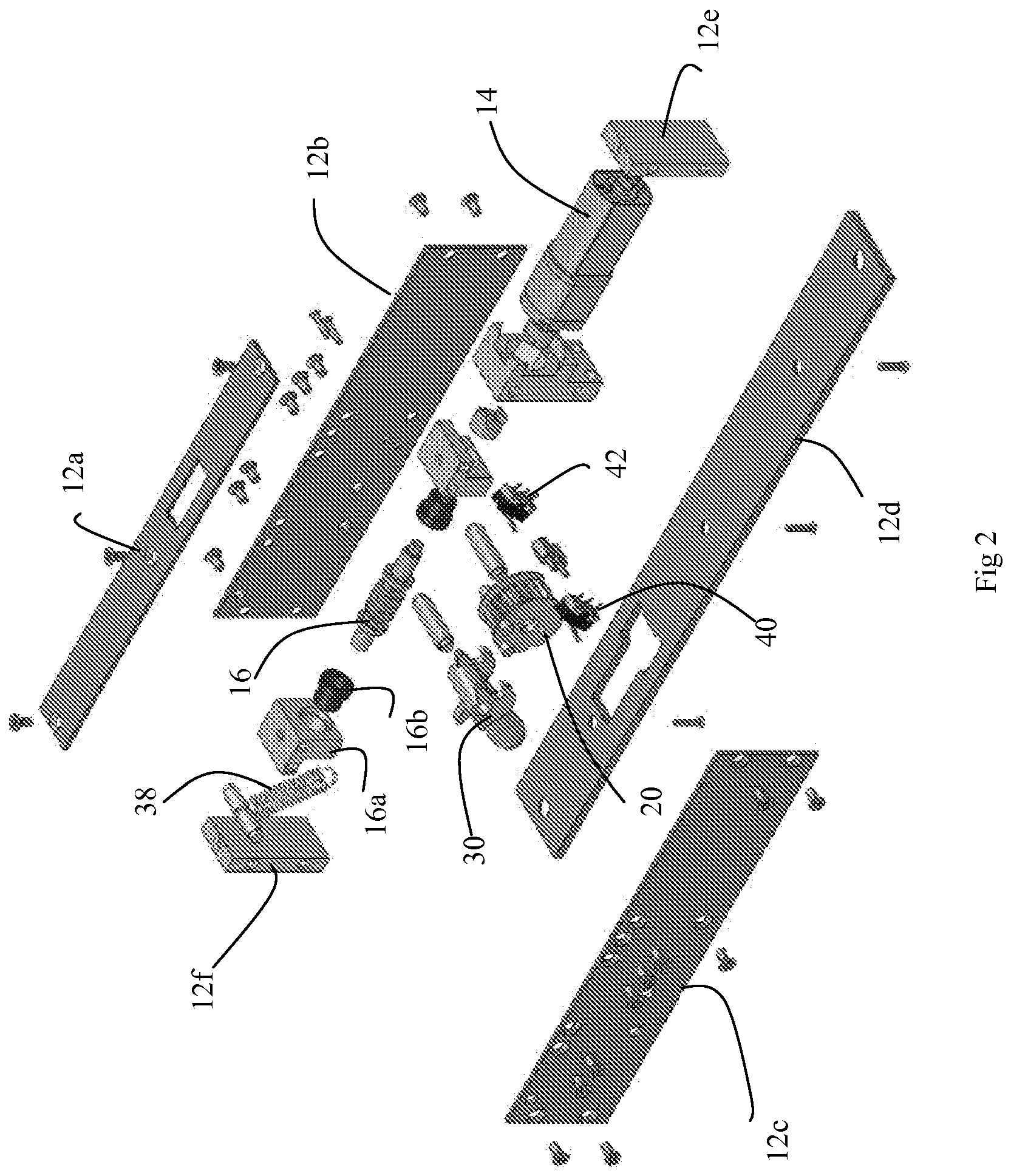 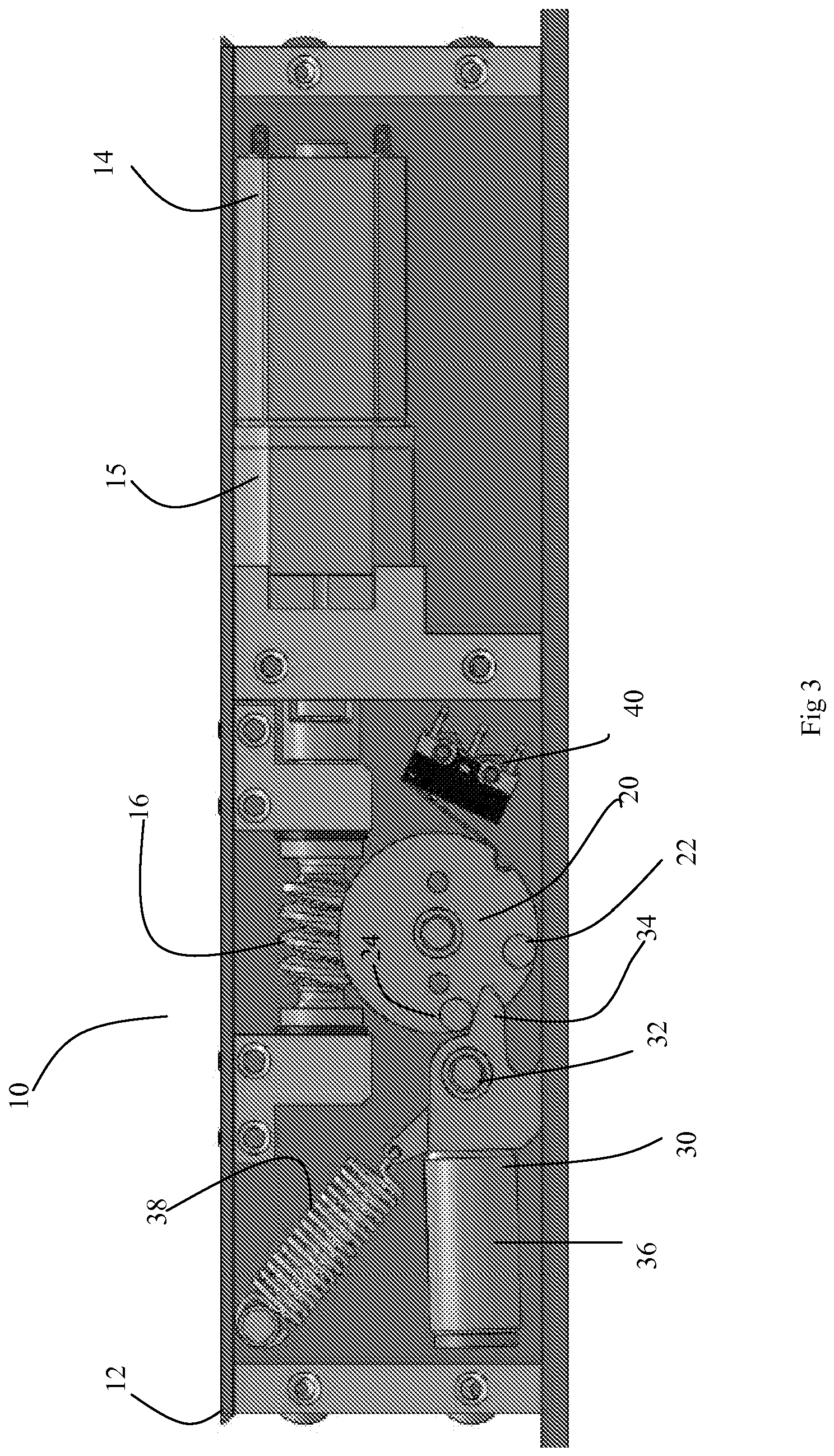 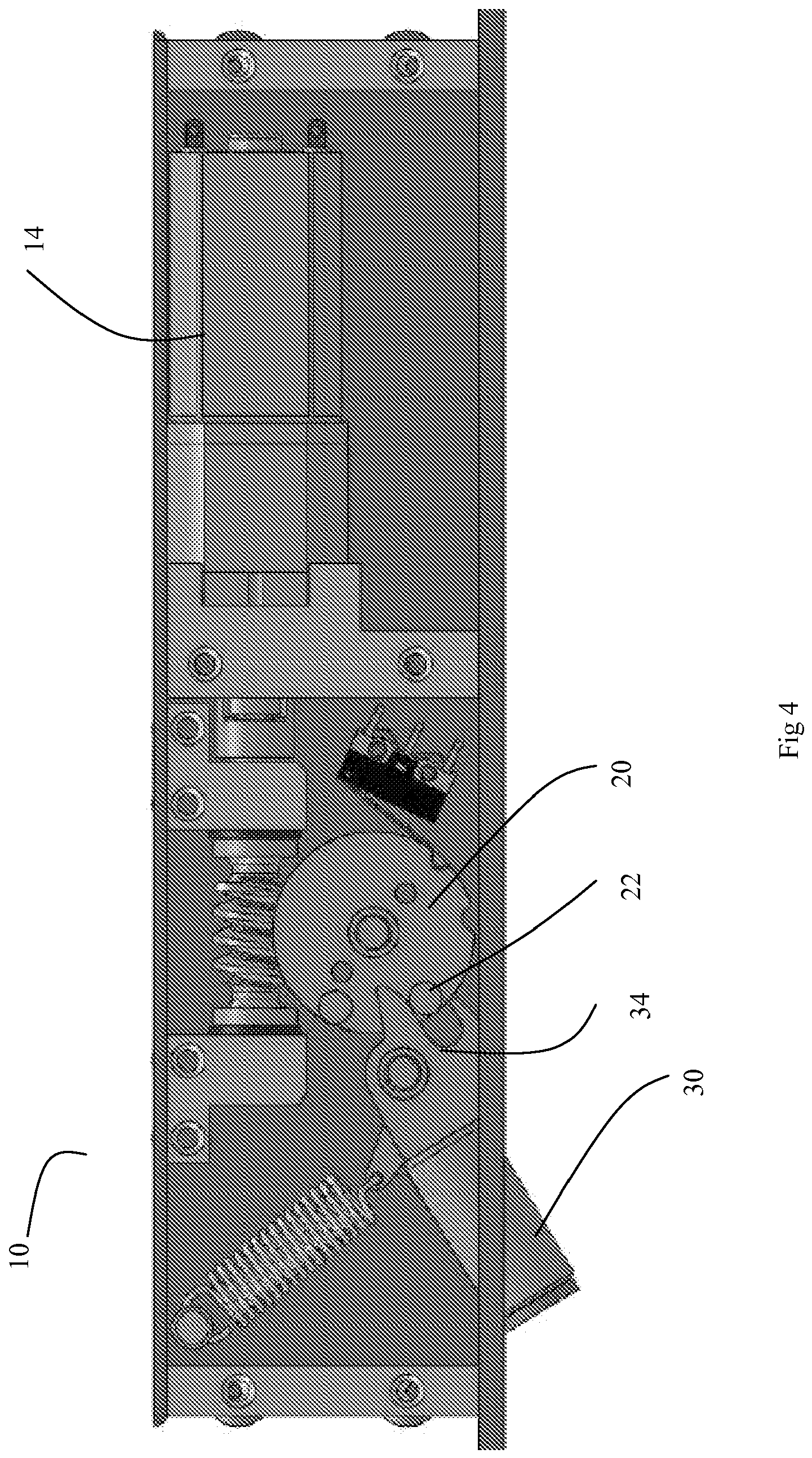 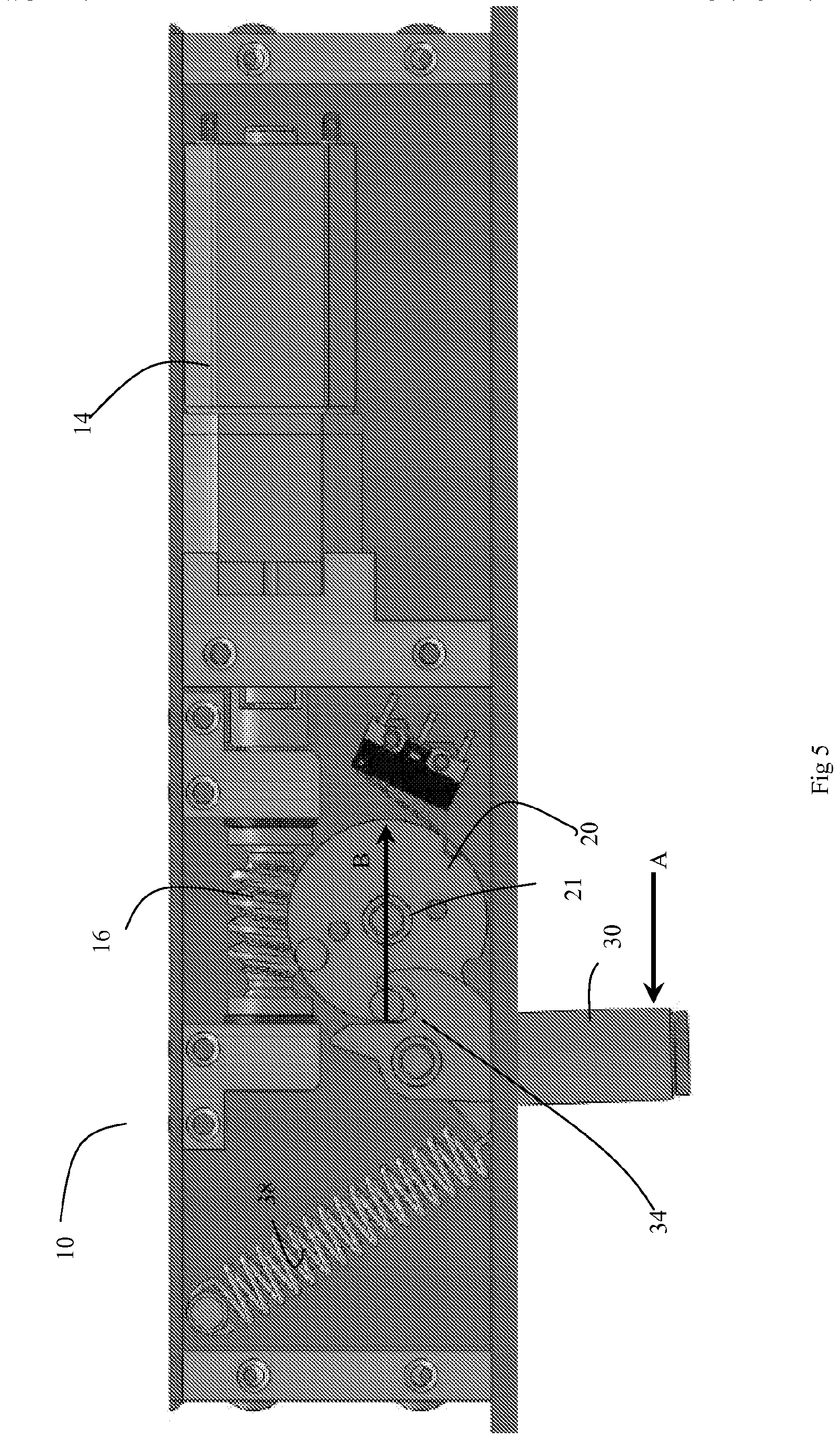 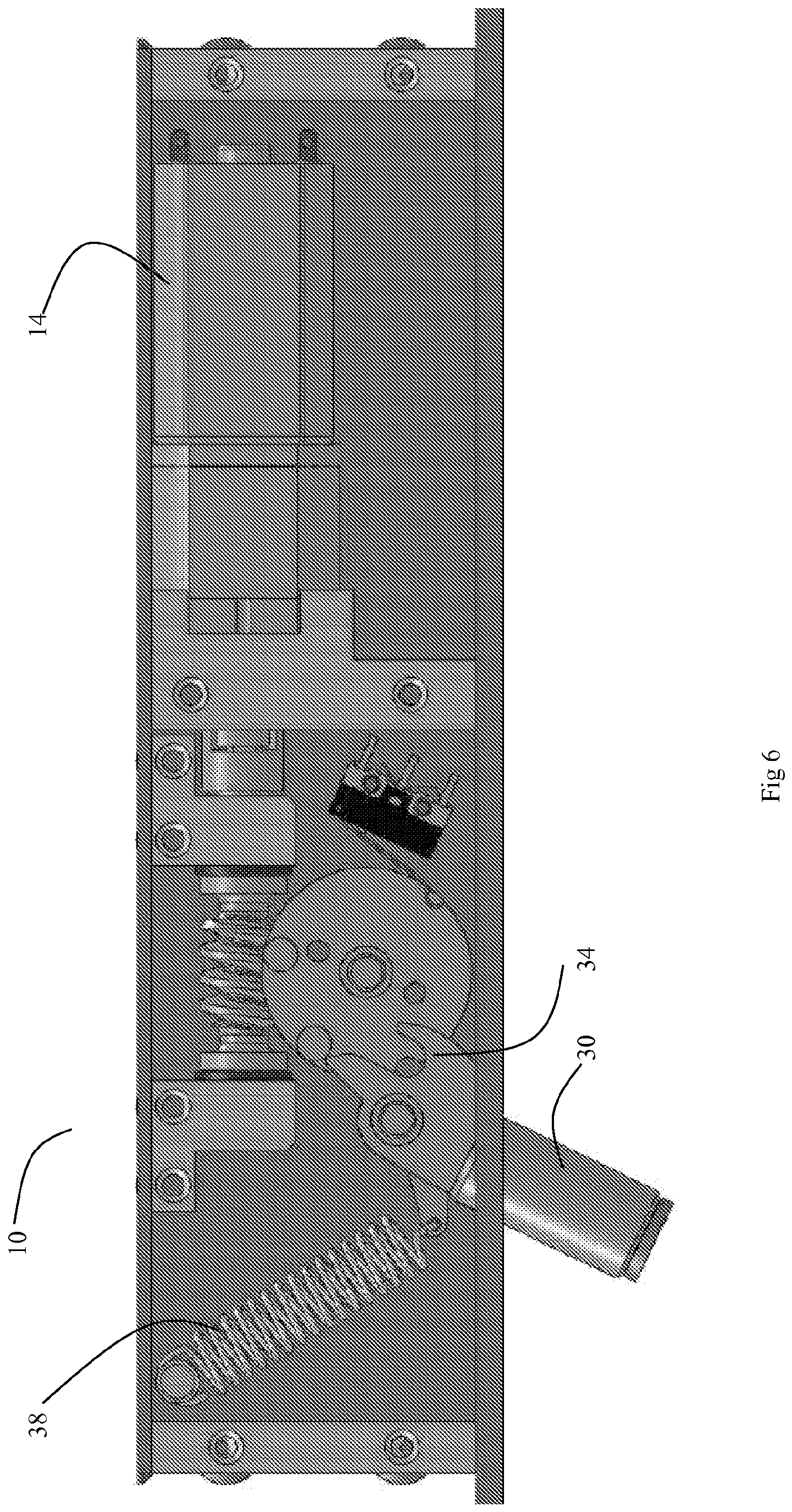 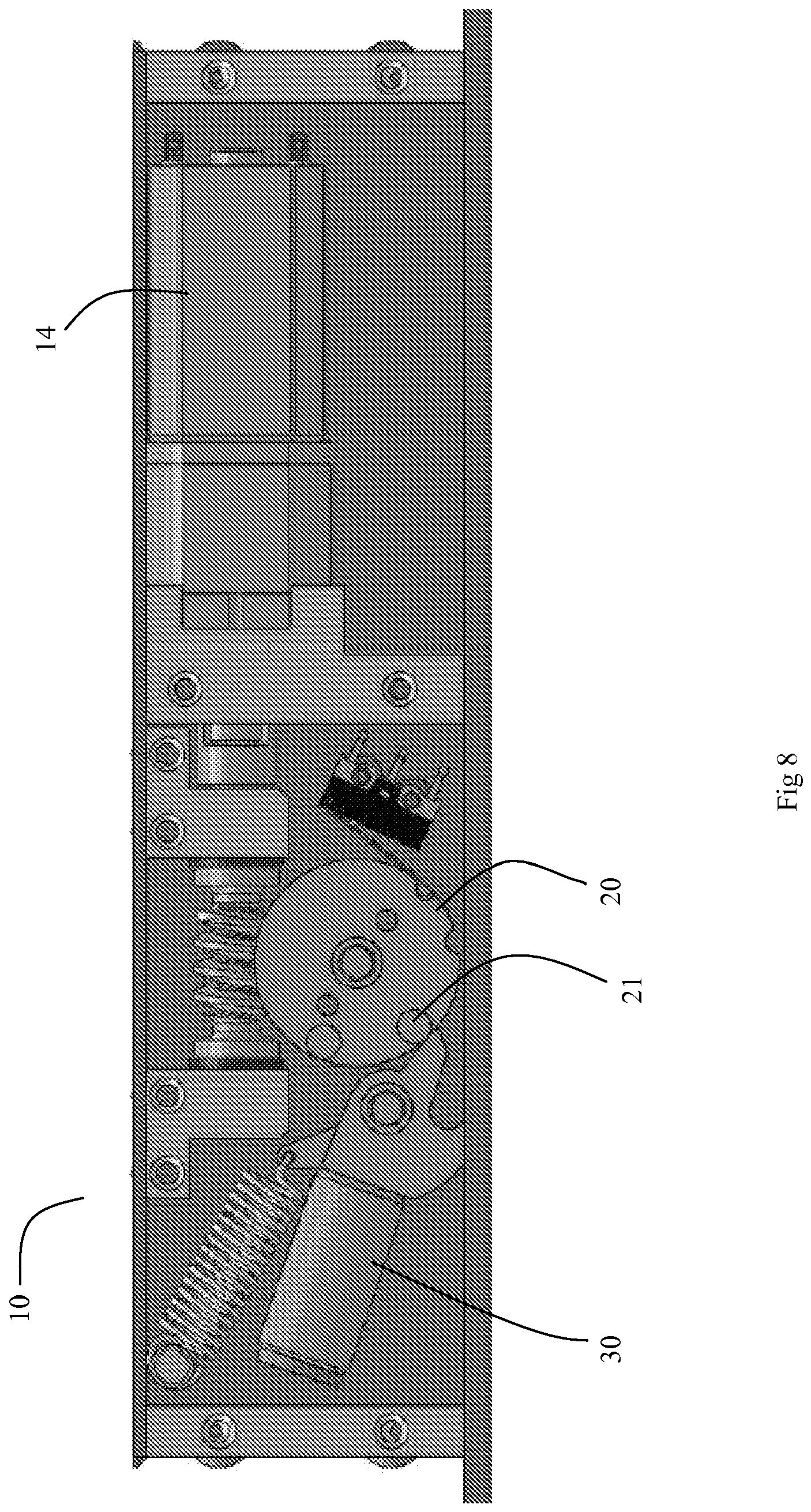 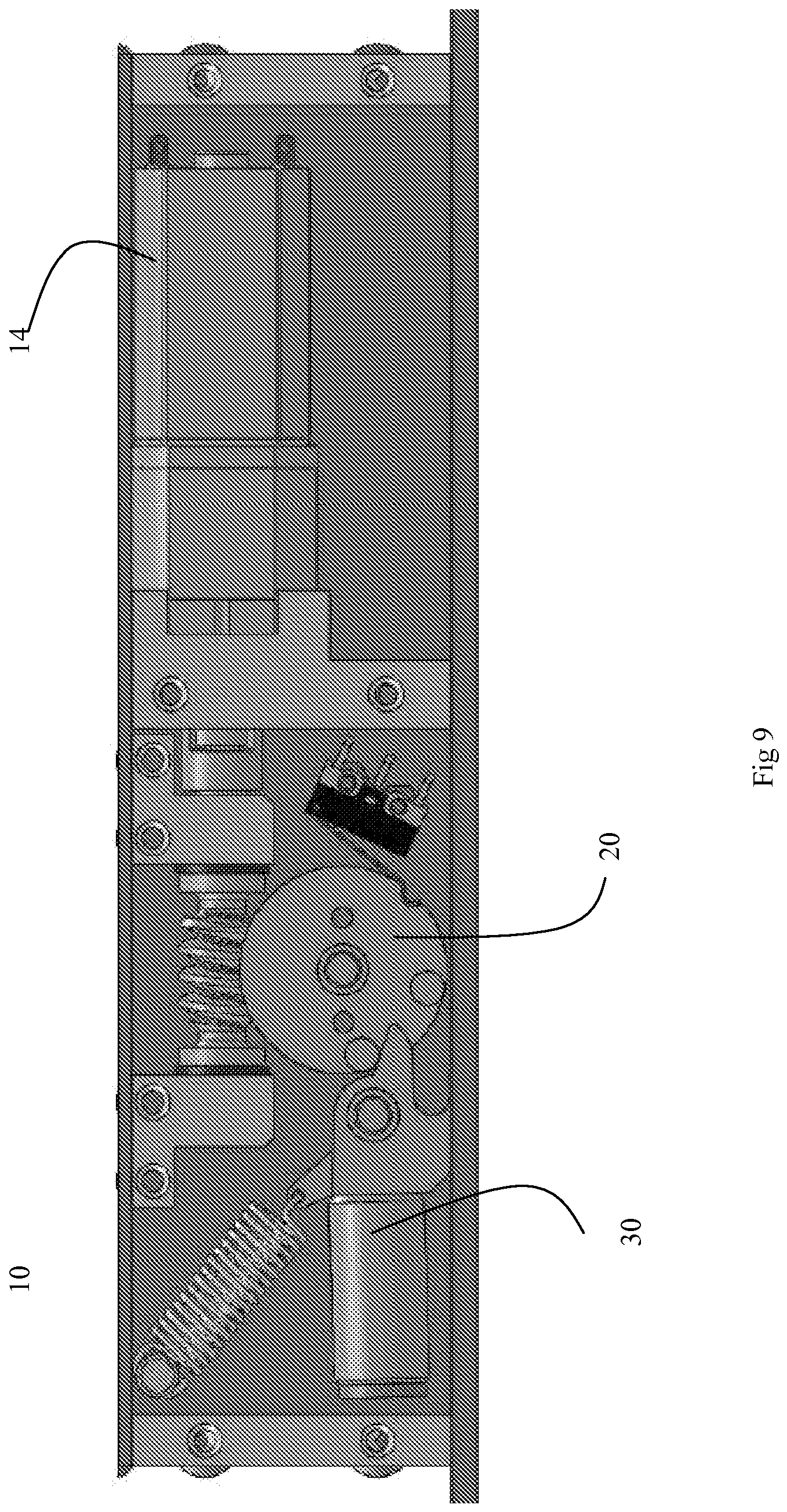