Figure 1 is a left side elevational view of a battery powered tool of the present disclosure;

Figure 8 is a left elevational view of the motor assembly of Figure 6 having the ventilation ducting removed for clarity;

Figure 9 is a bottom plan cross sectional view taken at section 9 of Figure 8; and

Figure 10 is a bottom plan cross sectional view of area 10 of Figure 9.

2. The battery powered tool of Claim 1, further including: 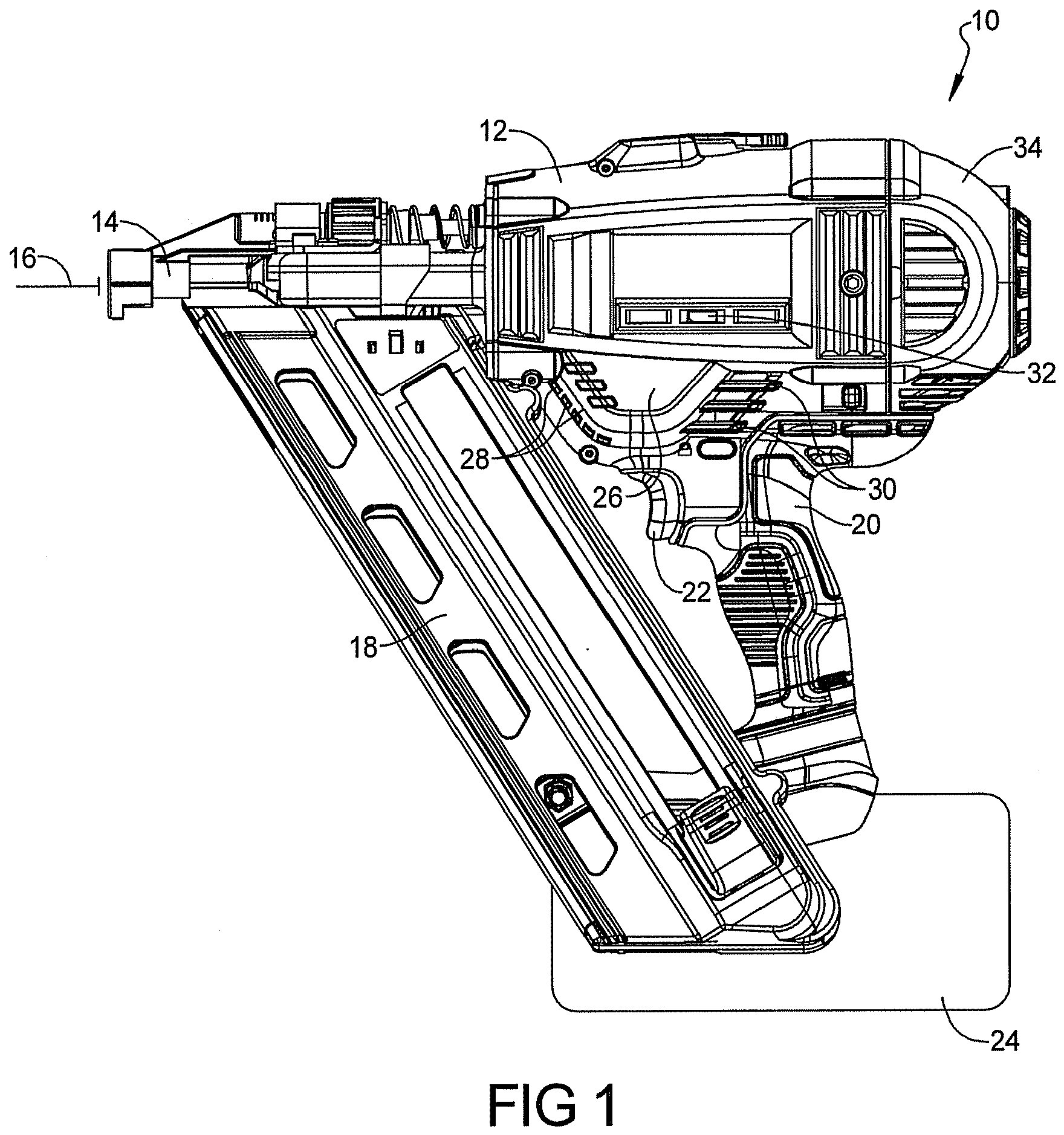 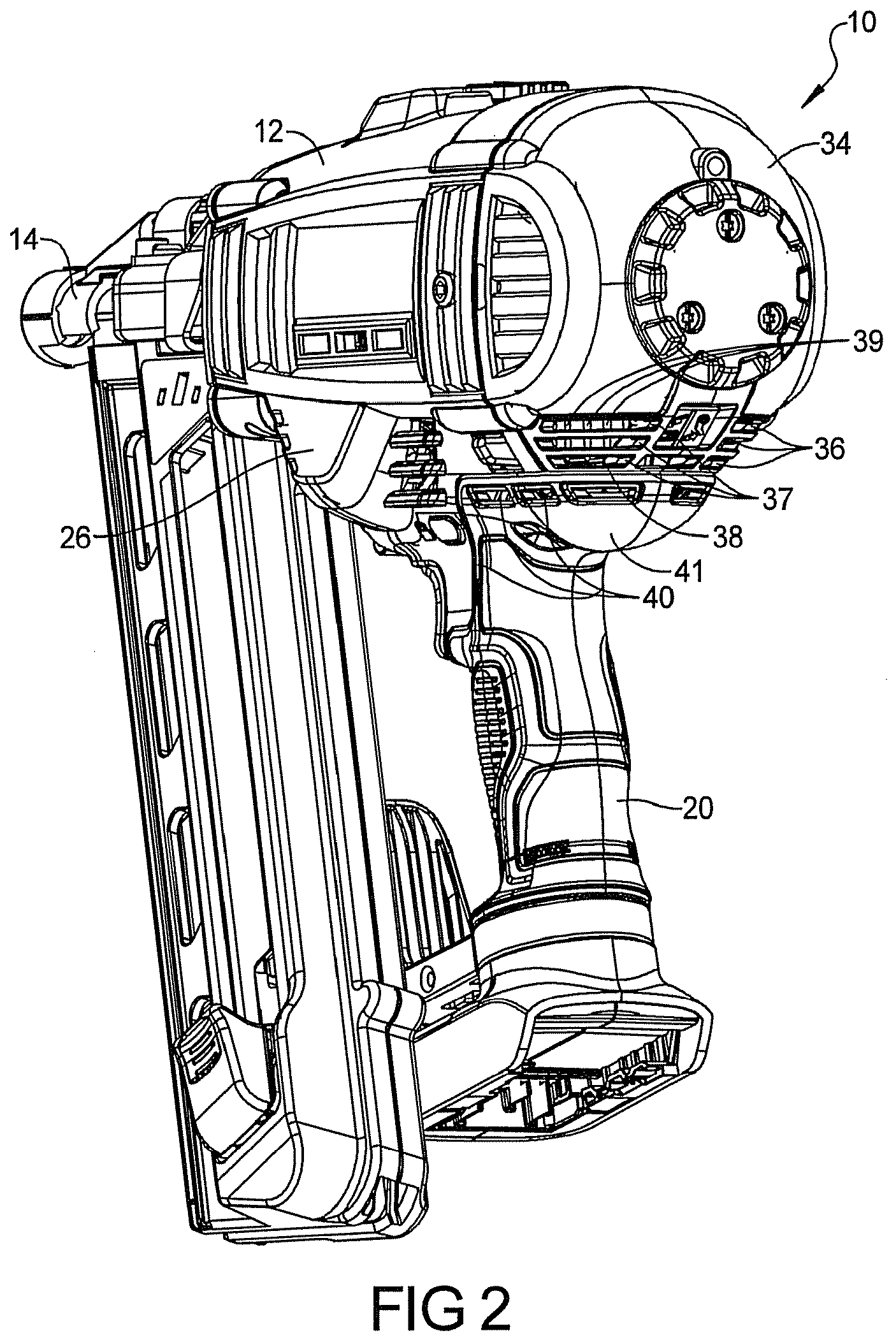 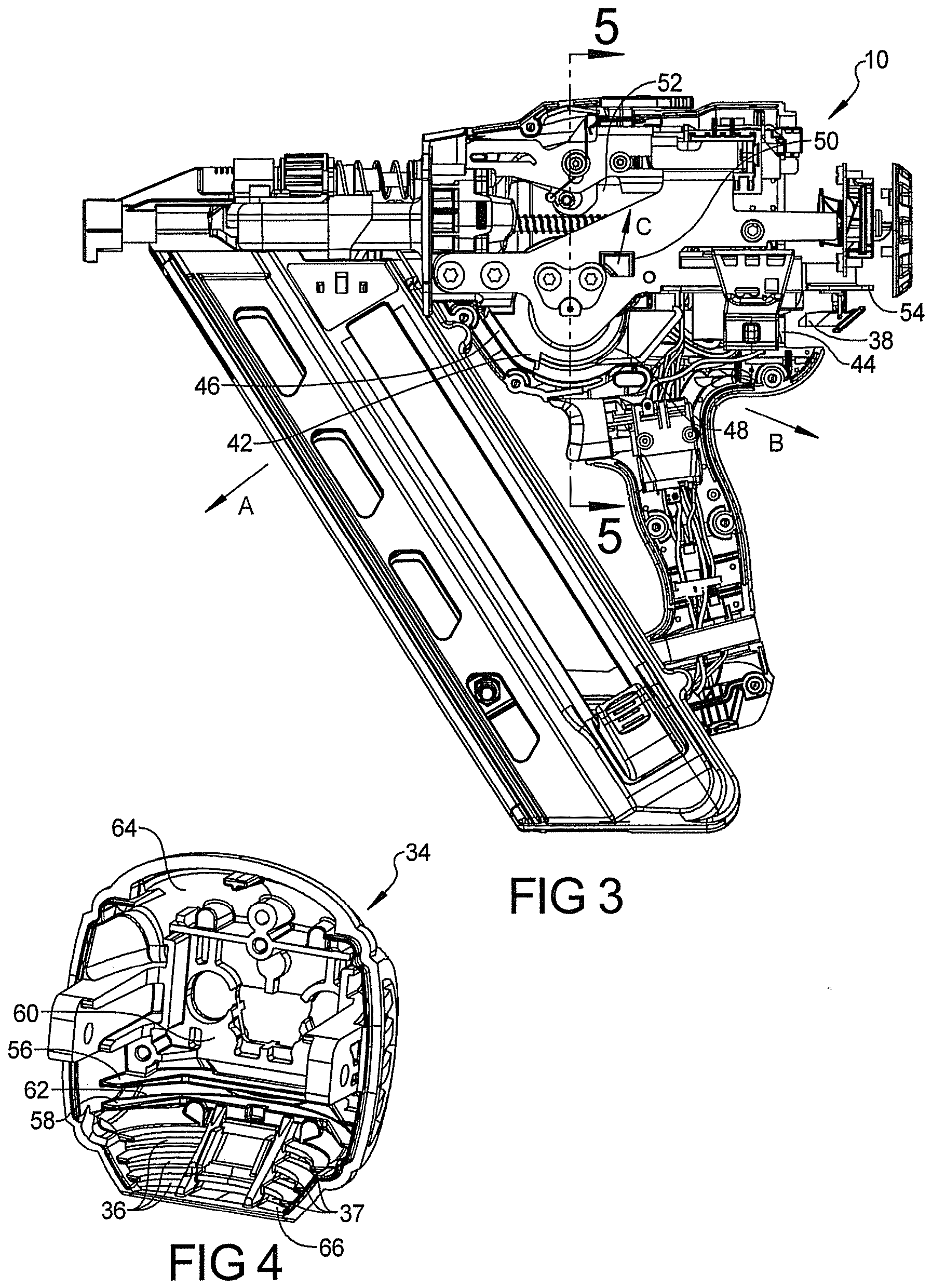 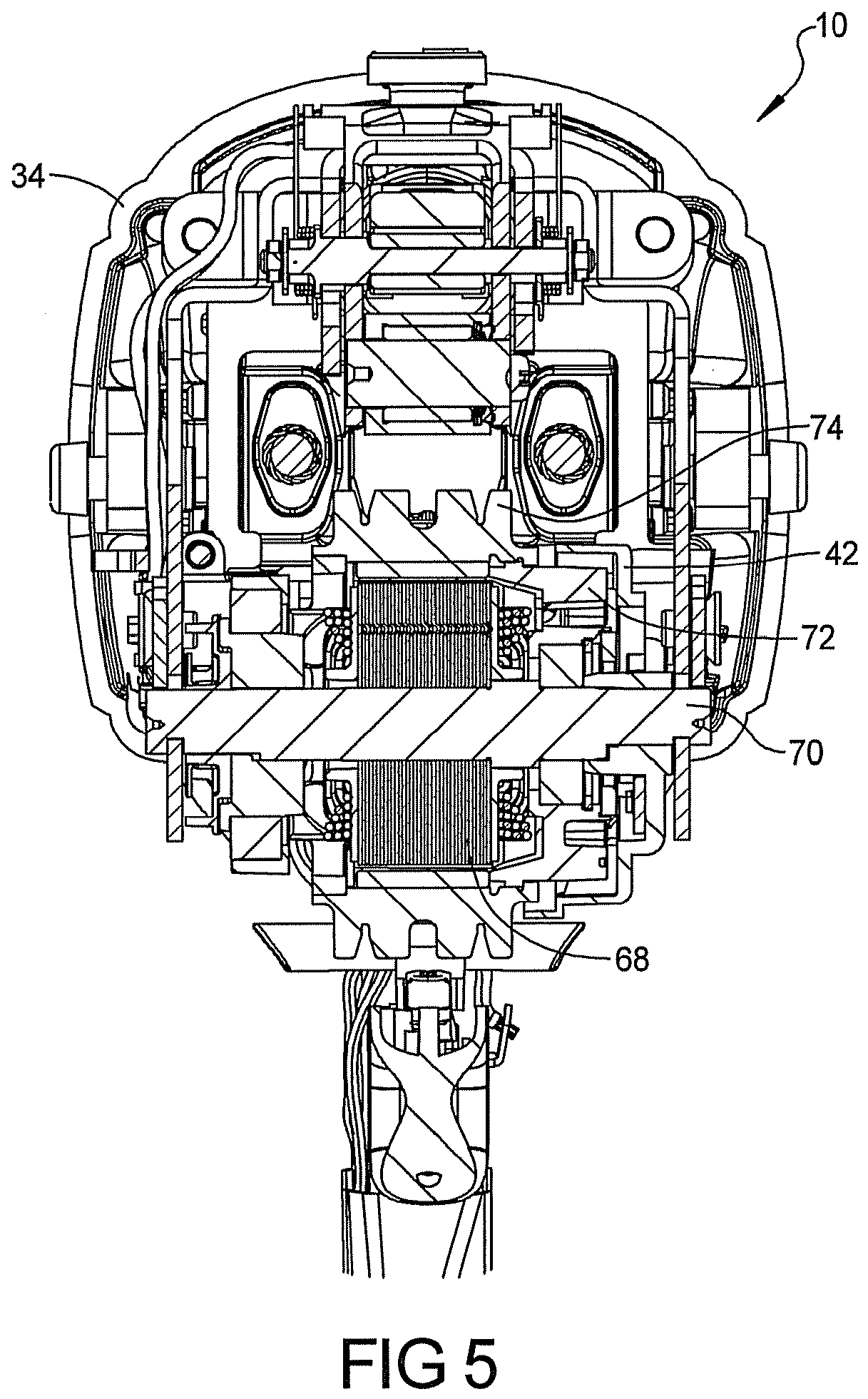 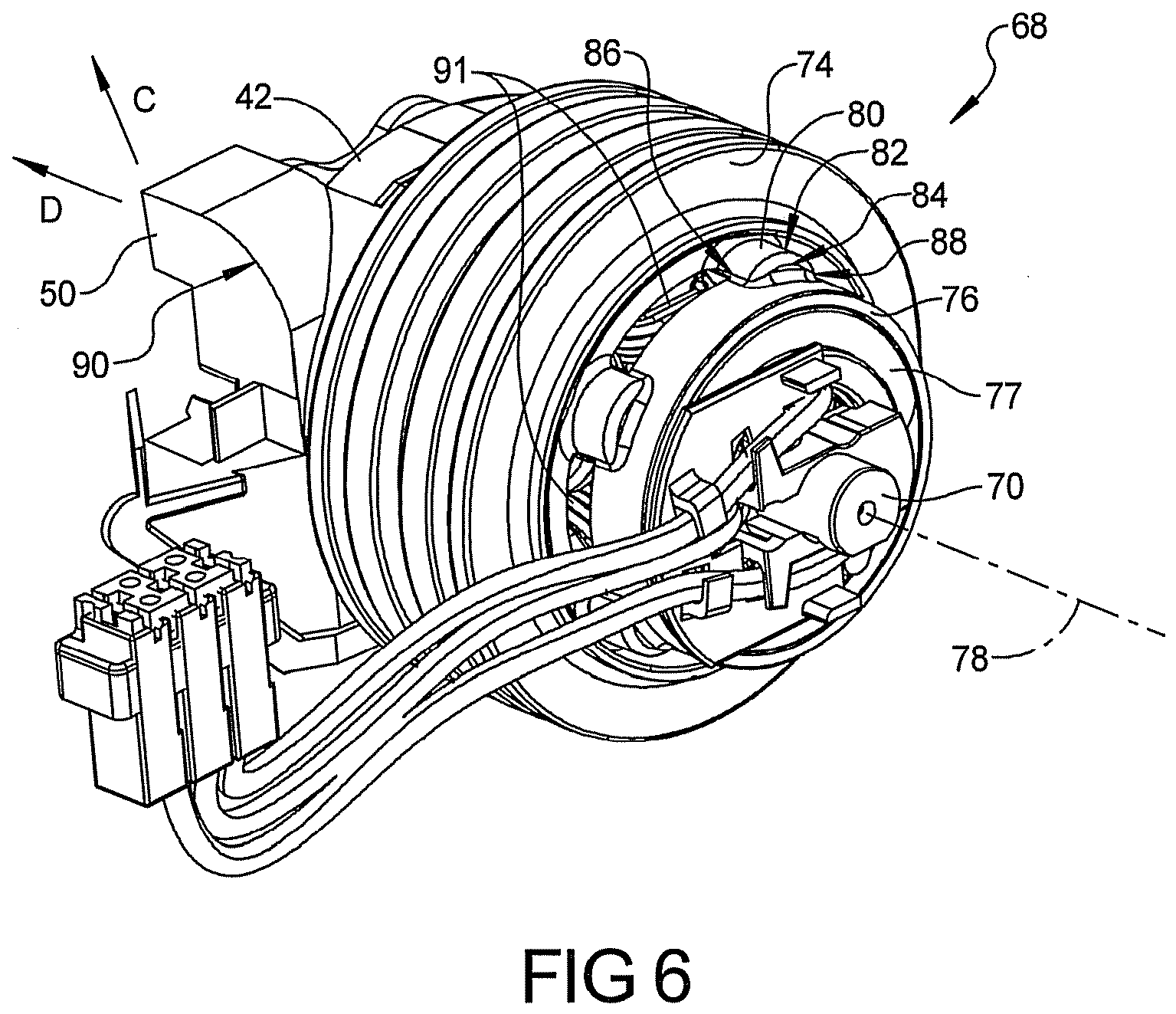 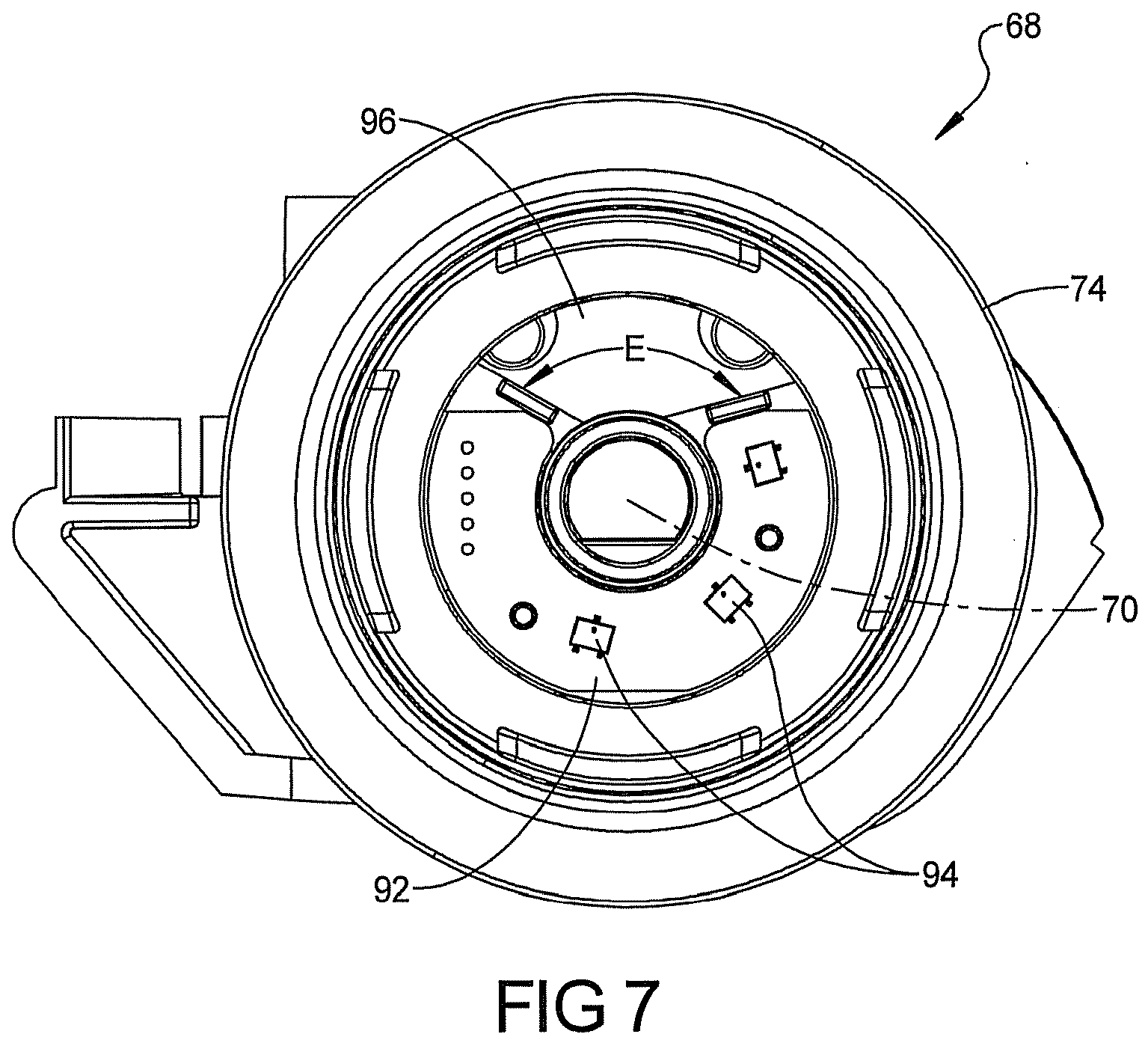 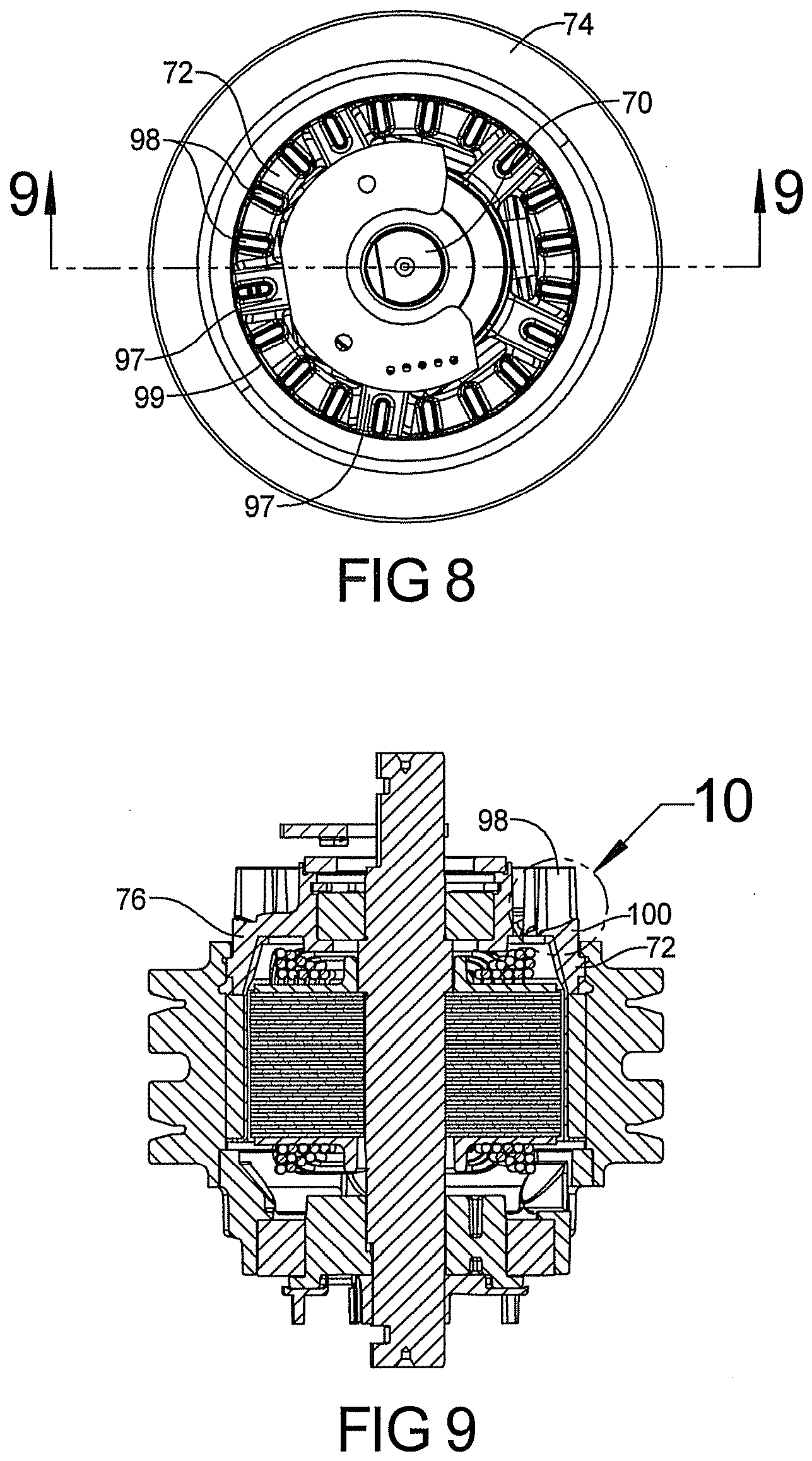 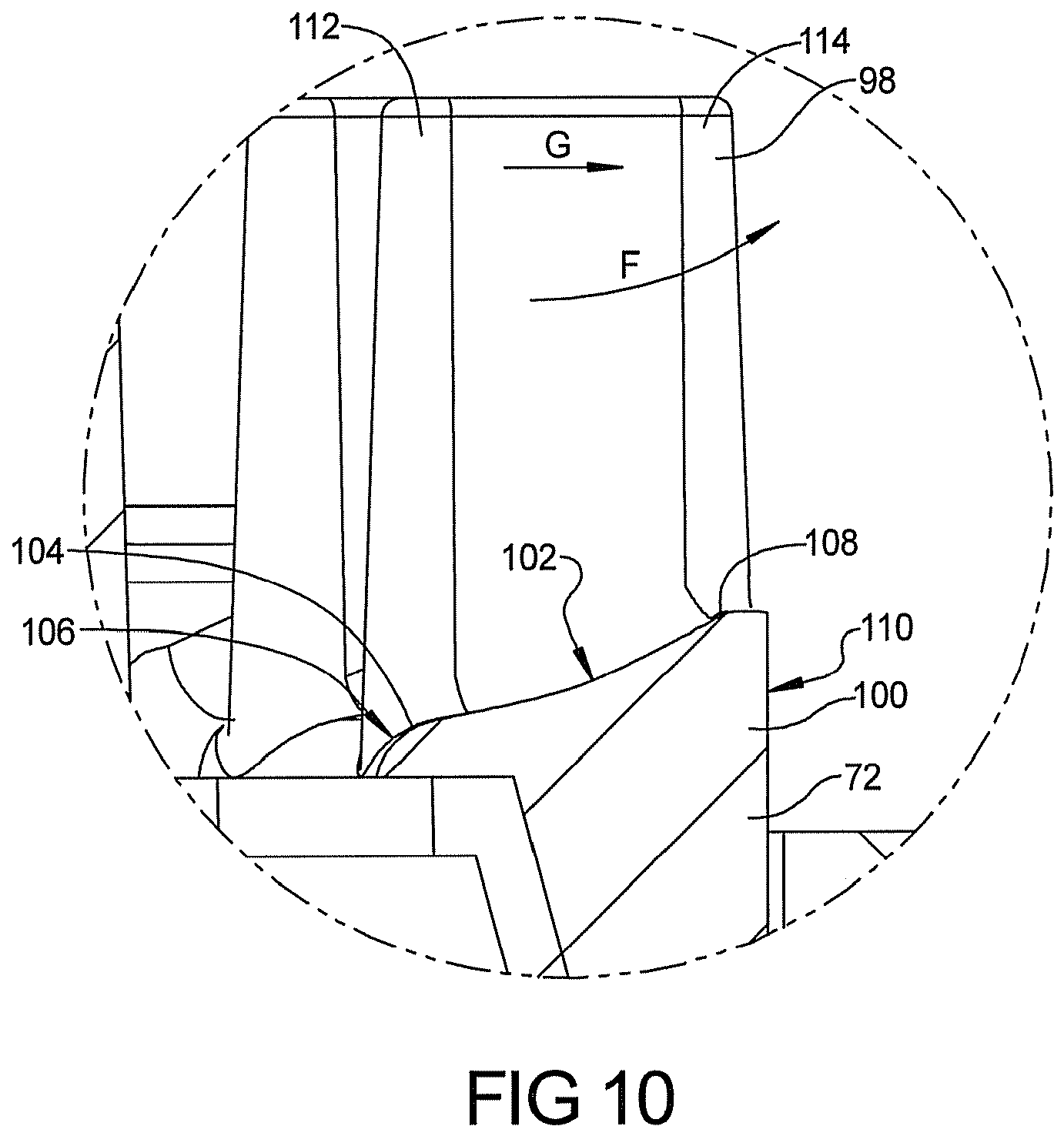