Figure 1 is a schematic top elevational view of a welding plant that includes three projection welding guns according to the invention,

Figure 2 is a side elevational view from arrow II of Figure 1,

Figure 3 is an enlarged view of a detail indicated by arrow III in Figure 2,

Figure 4 is a top elevational view sectioned along line IV-IV of Figure 3,

Figure 5 is an enlarged view of a detail indicated by arrow V in Figure 4, and

Figure 6 is an enlarged view of a detail indicated by arrow VI in Figure 3.

1. Welding gun for fixing a workpiece, such as a bush, on a surface of a sheet member, comprising a first and a second opposed and aligned welding electrodes (39, 46), and an actuator (40) for moving at least one of said electrodes (39, 46), the first welding electrode (39) being supported by an electrode-holder (38) connected to a first end (36a) of a substantially C-shaped arm (36) the second end of which is connected to the body of said actuator (40), the second welding electrode (46) being fixed to an electrode-holder (44) connected to a rod (42) of said actuator (40), which is slidably mounted along the axis of the first electrode (39), said arm (36) being associated with a support structure (68, 68a) of the gun by means of an axial sliding unit (50, 52),
characterized in that 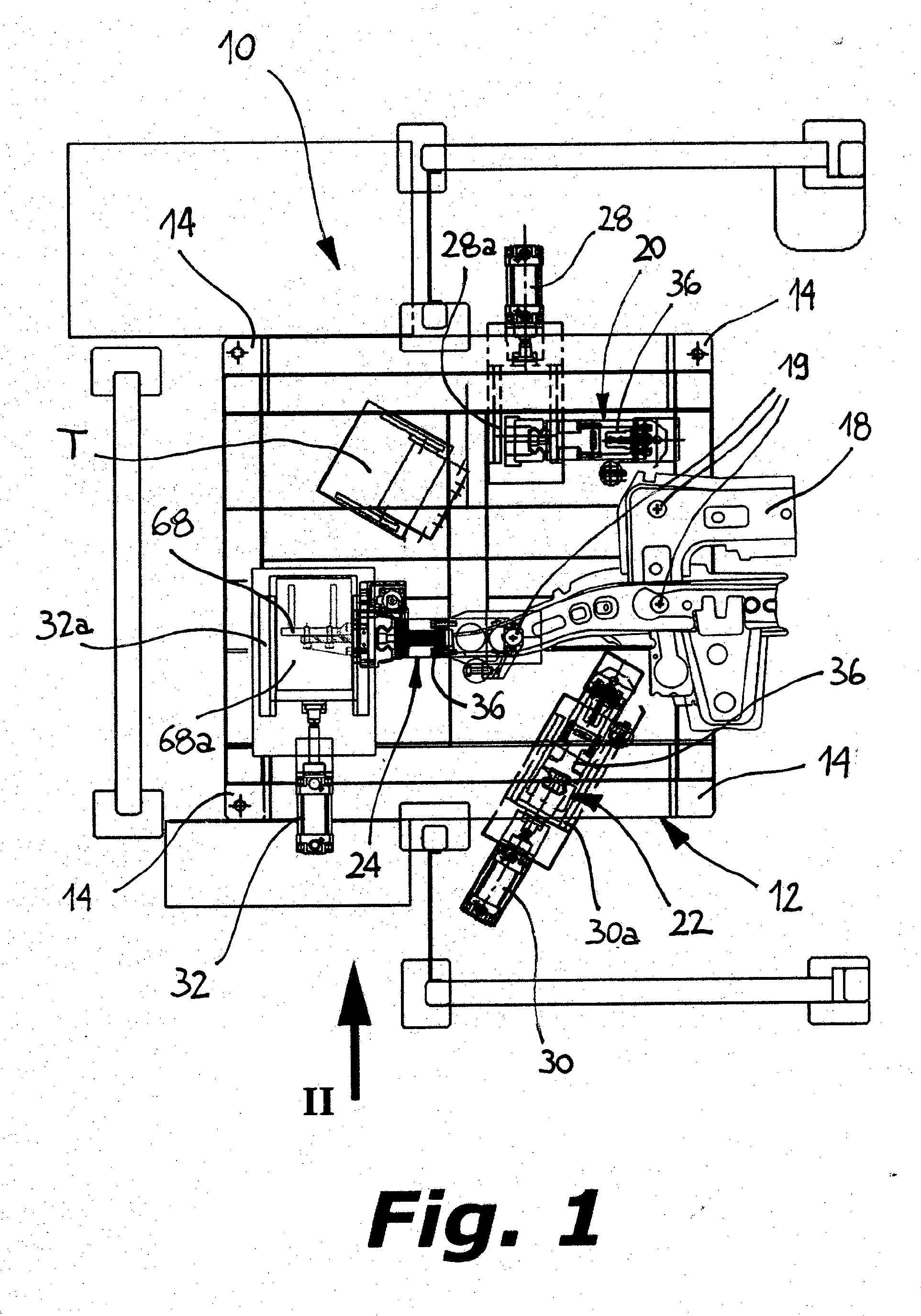 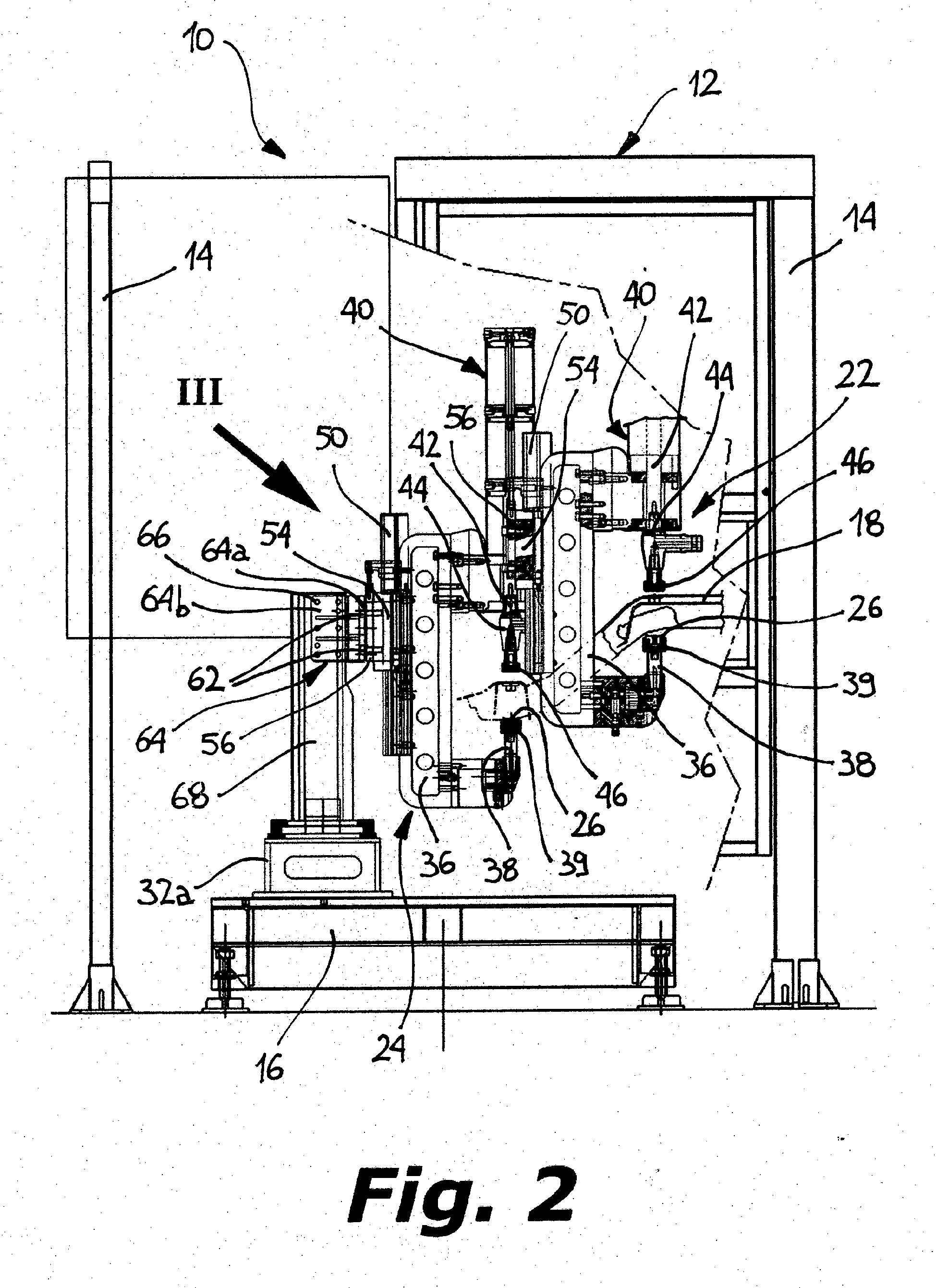 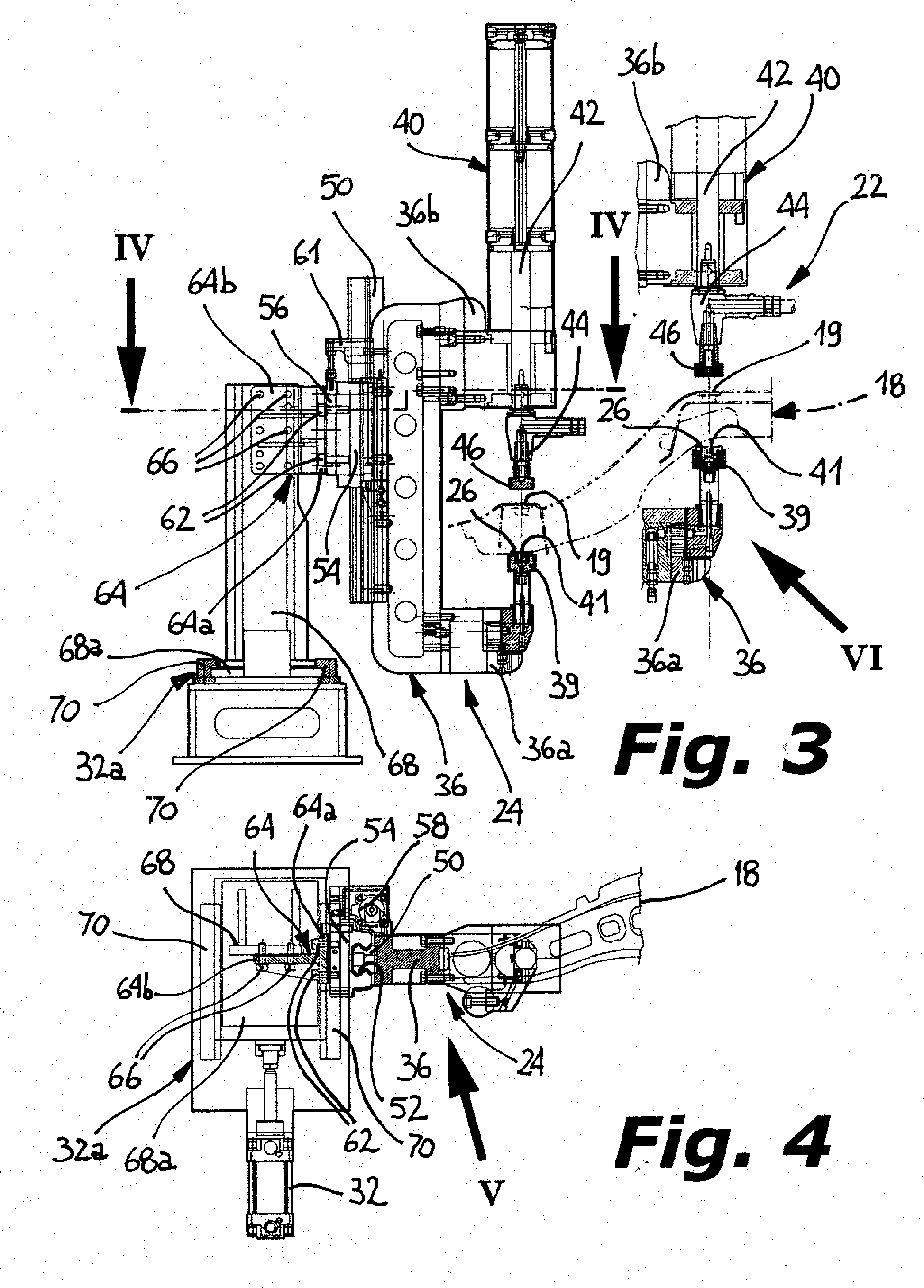 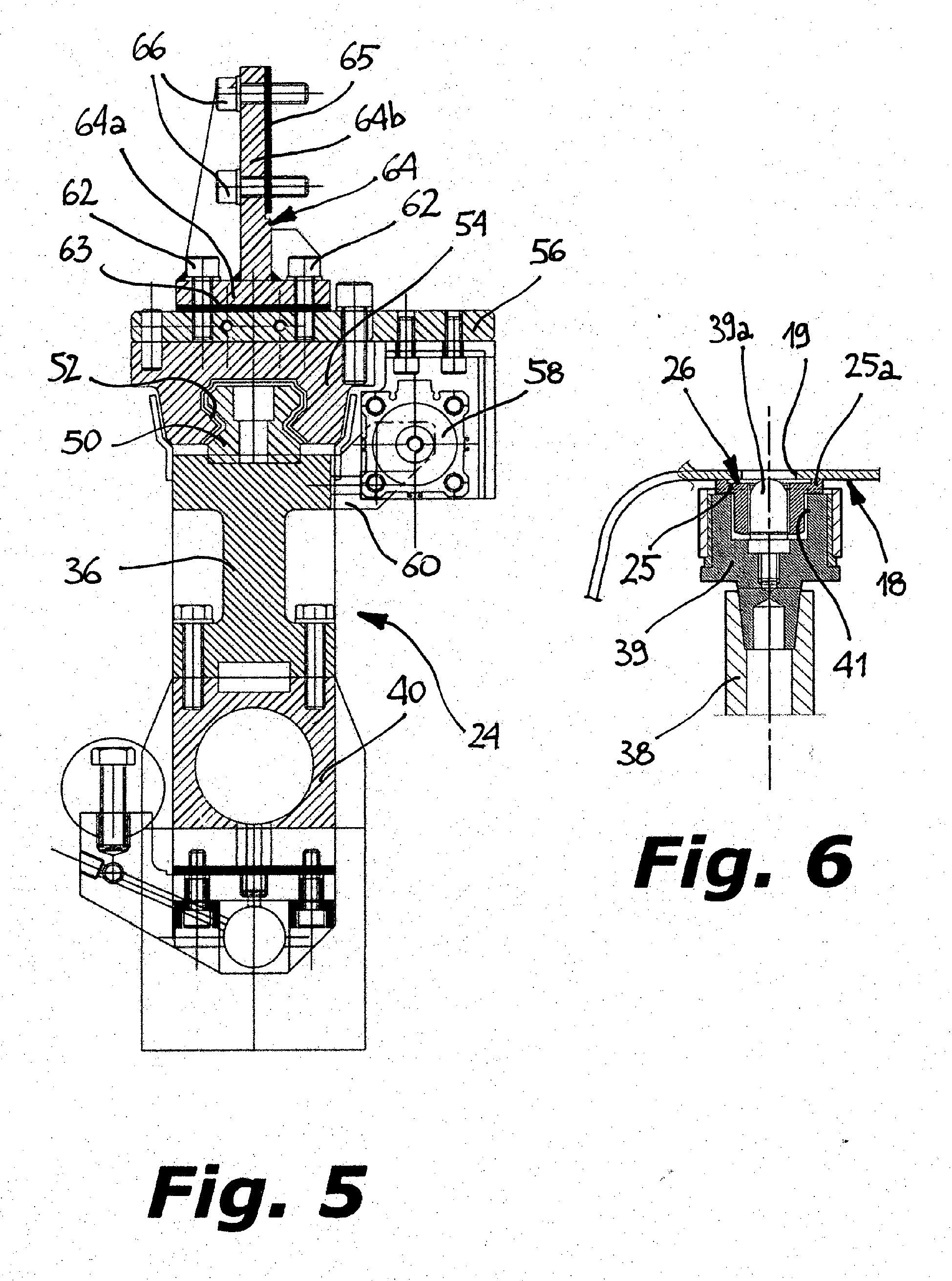