Figure 1 is a schematic flow diagram illustrating an innovative method for the production of a vehicle component or a structural part made using non-conductive polymeric material and integrating electrical devices or connections;

Figure 2 is a diagram illustrating the characteristic parameters of a step of the innovative method relating to the moulding of a non-conductive polymeric composite material which includes a dispersed phase of filamentary nano-structures, promoters of conductivity, and to which reinforcing fibres have been added;

Figure 3 is a schematic illustration of a step of the innovative method relating to the moulding of a polymeric composite material including a dispersed phase of filamentary nano-structures, promoters of conductivity, to which reinforcing fibres have been added;

Figure 4 is a cross-sectional illustration of a process for laser writing a volume of composite polymeric material;

Figures 5 and 6 are schematic illustrations, in a plan view and cross-sectioned perspective view, respectively, of a piezo-electric operating device integrated in a substrate of non-conductive polymeric material; and

Figure 7 is an exemplary schematic illustration of the areas of conductivity (conductive tracks) in a composite polymeric material and of corresponding external connection terminals.

2. Control device according to Claim 1, in which, in the part in which the thermally modified zone (Z) is formed, said substrate (12) has filamentary nano-structures adapted to withstand bending percentage deformations of between 1.0% and 3.0%.

3. Control device according to Claim 1, in which the length of the sections of trajectory having a predominant component oriented in the plane of deformation of the operating area is at least 70% of the total length of said winding section.

4. Control device according to Claim 1, in which said winding section (10') defines at least one loop at said operating area (14), in such a manner that the overall length of the segment (10'), subject to disturbance of the electrical properties at the operating area (14) following a pressure exerted on said area (14), is adapted to bring about a variation in the electrical resistivity electrical parameter of said integrated conductive track (10) between the ends of the winding segment (10') of at least 3%.

6. Control device according to any one of the preceding claims, in which said conductive track (10; 52) has, at at least one end located at an edge of the substrate, metallic electrical connection terminals (54) co-moulded with said polymeric material for connection to external signal distribution circuits.

7. Control device according to any one of the preceding claims, in which said operating area (14) has a circular form, the diameter of which is between 20 mm and 30 mm, and said conductive track (10) has a width of between 1.0 mm and 2.0 mm.

8. Component or structural part made of composite polymeric material, particularly for installation on-board a vehicle, integrating a control device for an electrical circuit according to any one of Claims 1 to 7. 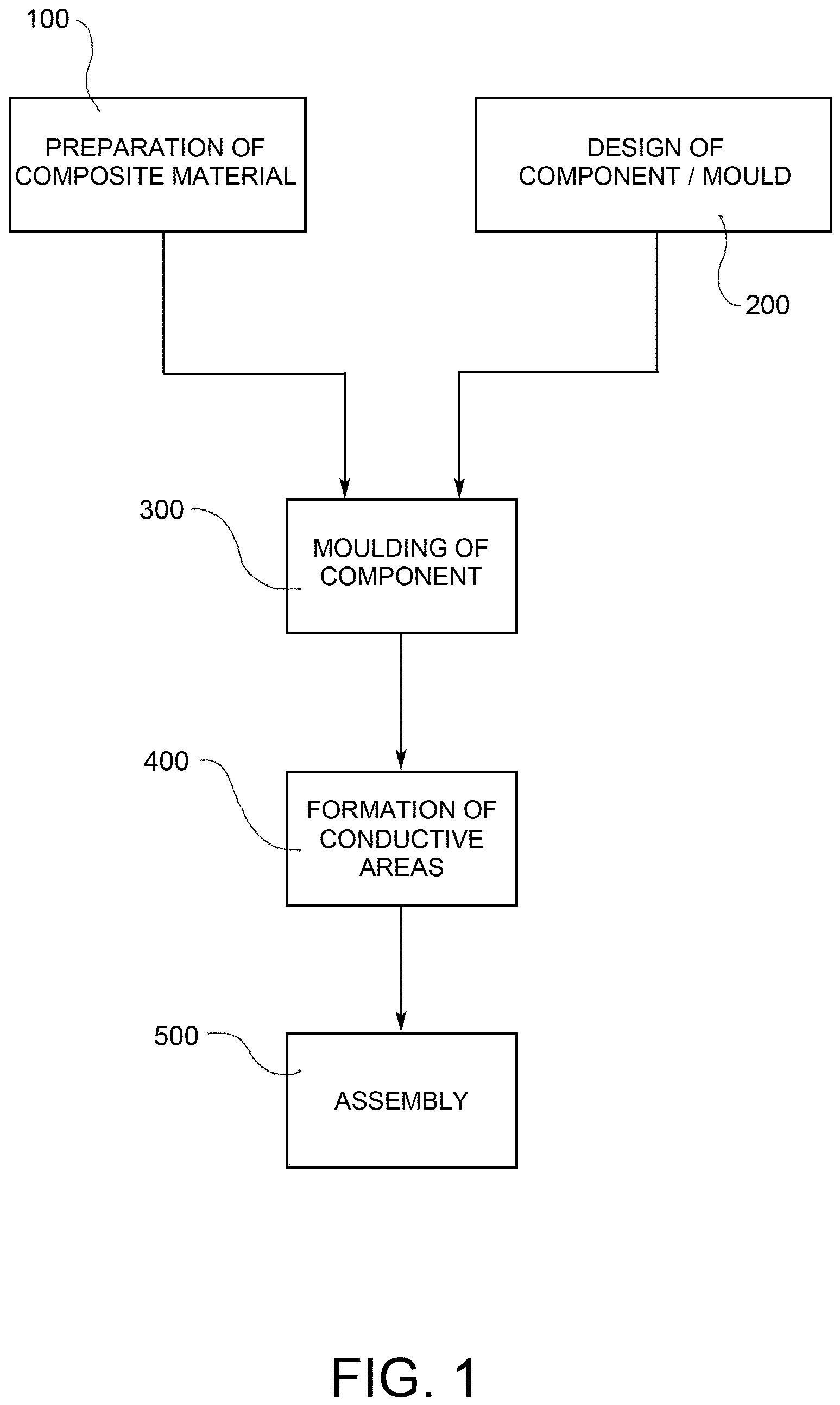 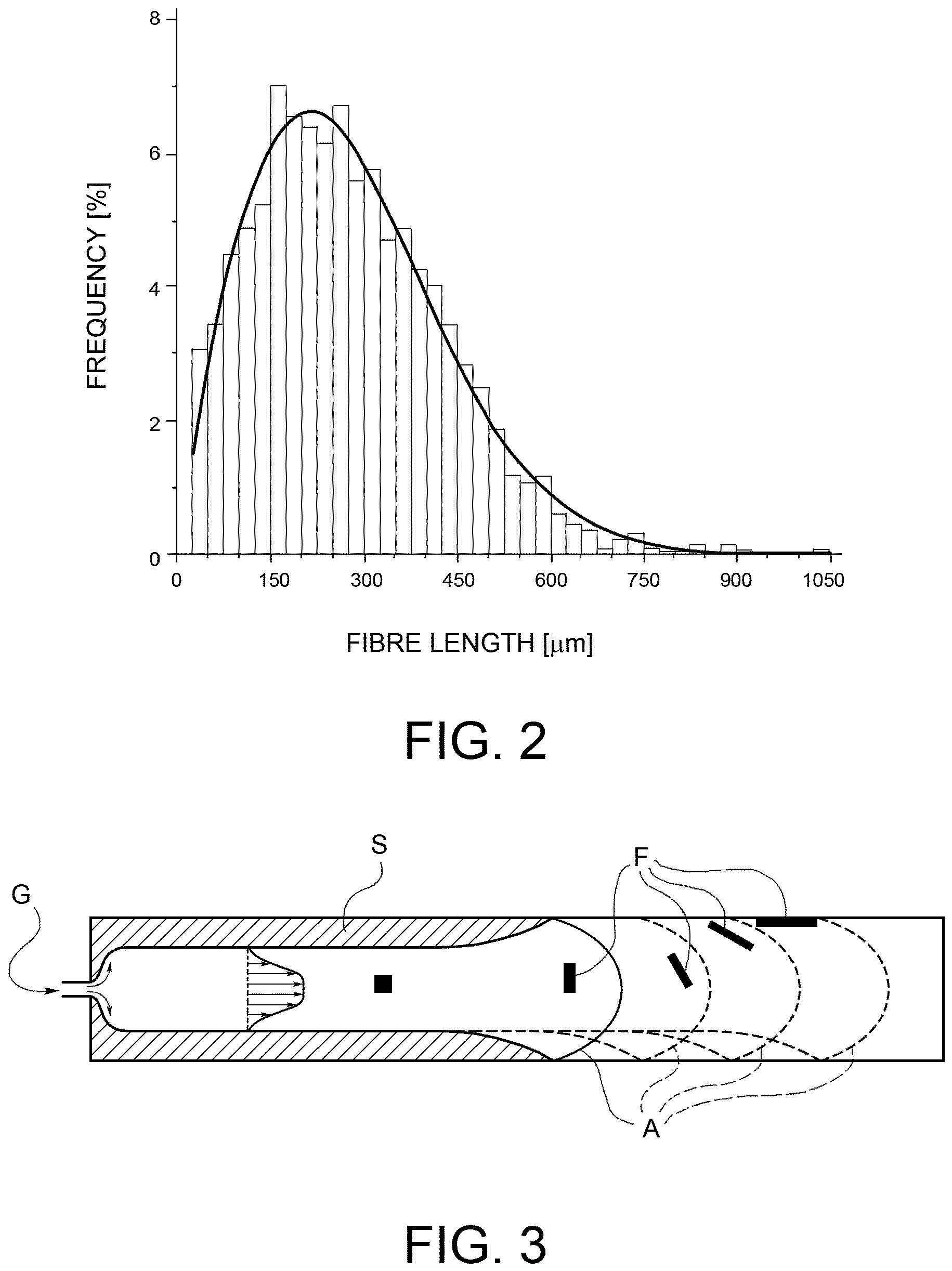 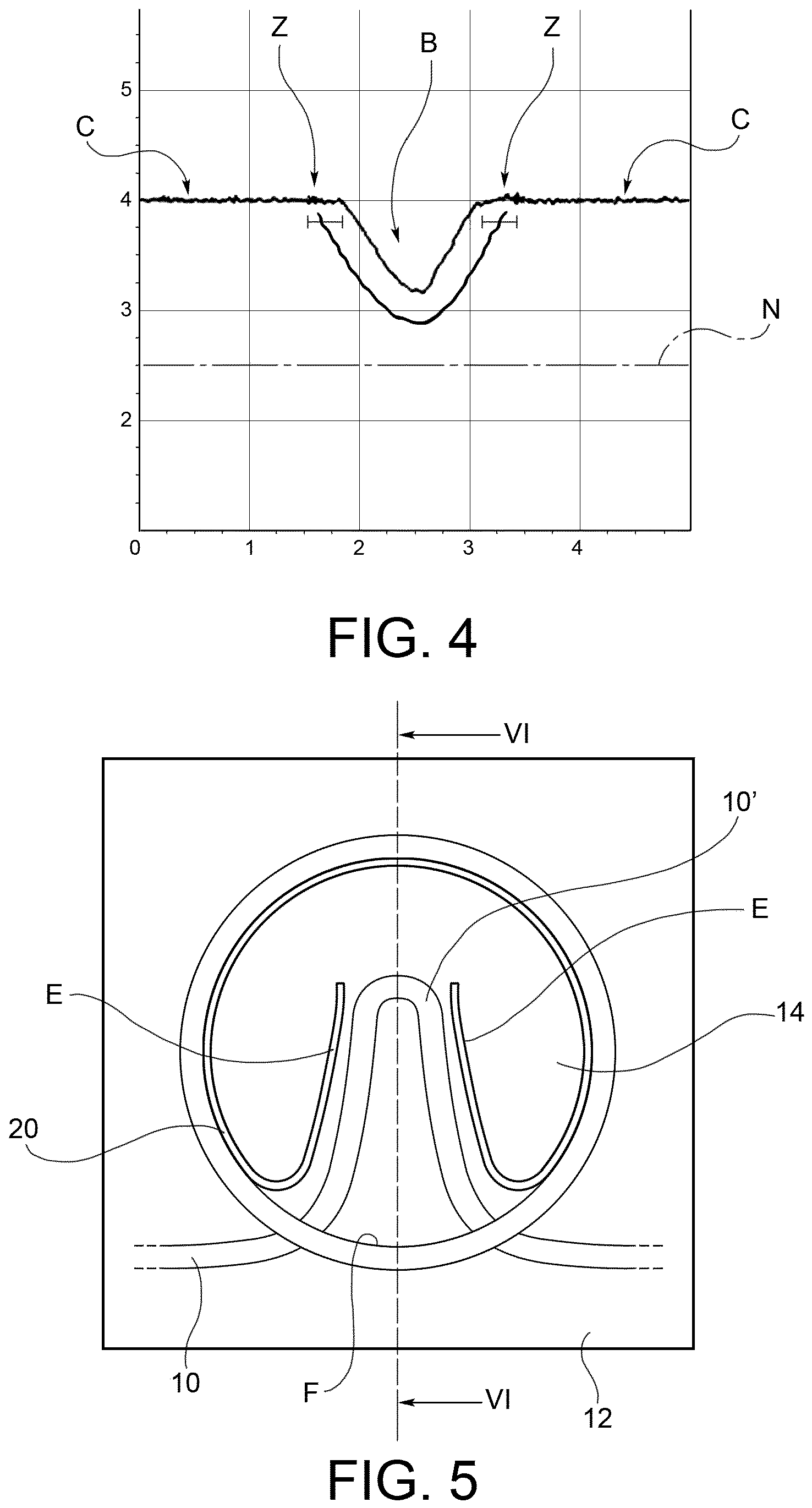 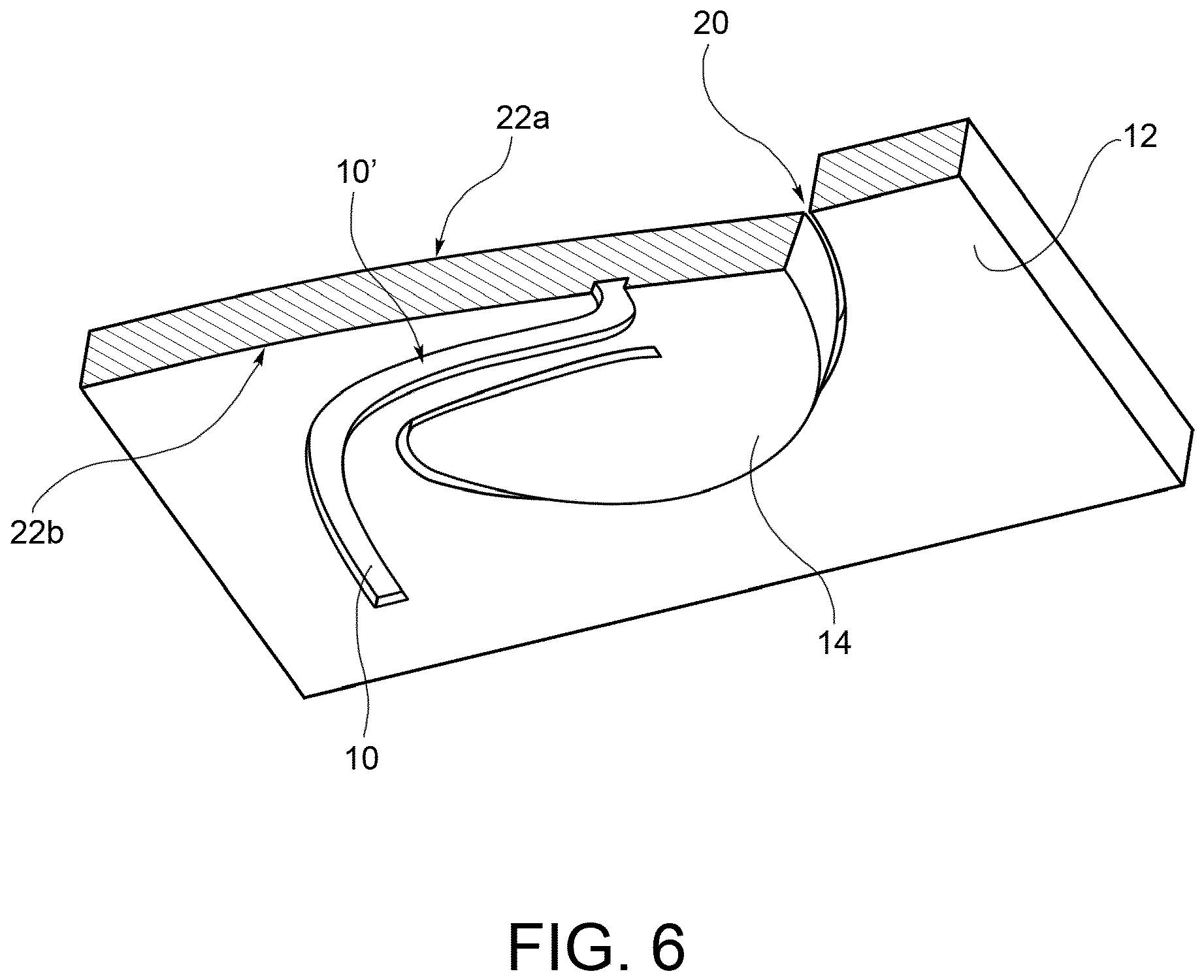 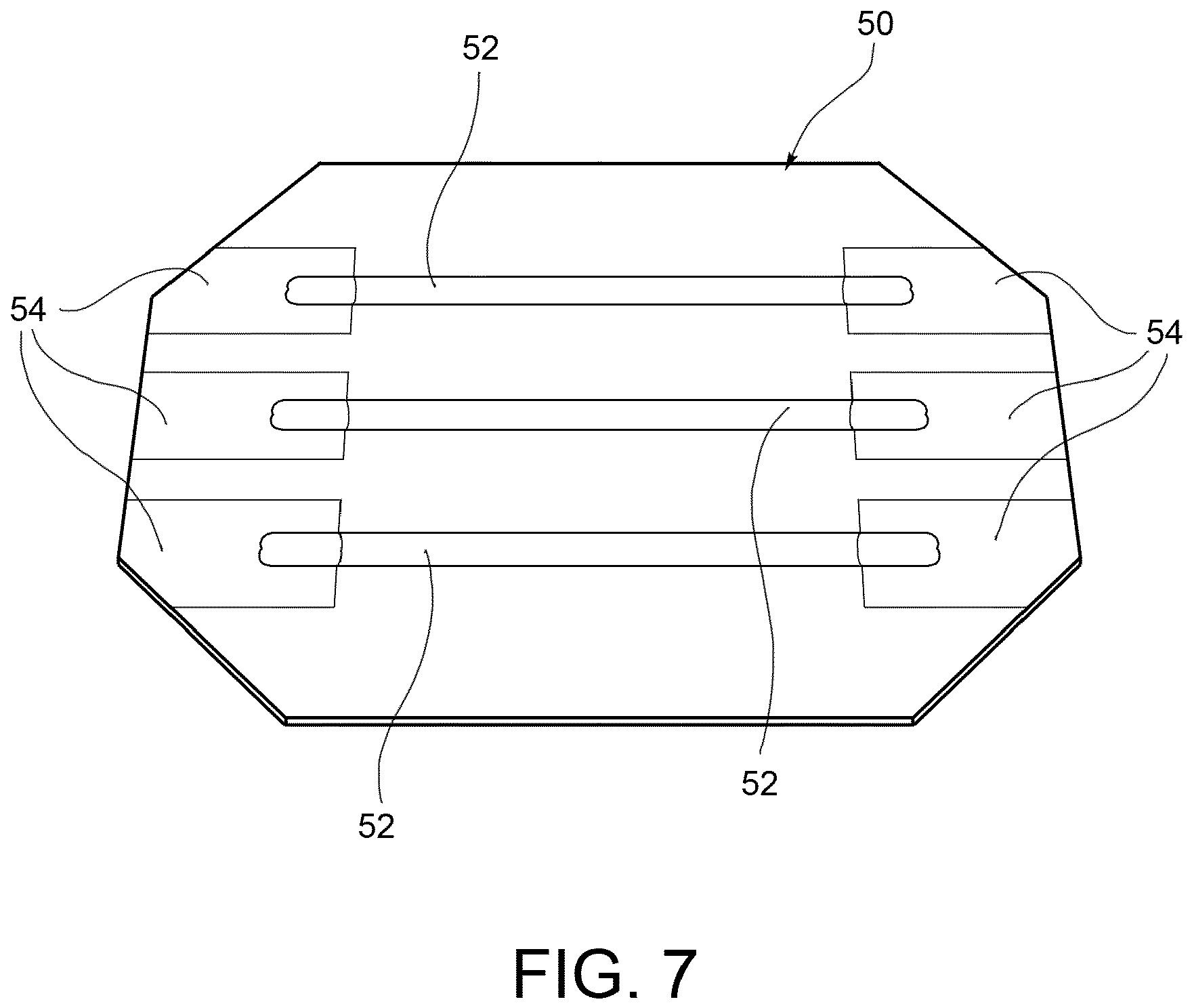