Technical field of the invention

[0001] The invention disclosed herein generally relates to eye tracking (determination of eye position, gaze point or gaze angle) for providing input data to a computer system. In particular, the invention provides an energy-efficient implementation of eye tracking assisted by an artificial light source adapted to determine the gaze point of an eye watching a visual display forming part of a portable or stationary personal computer system, a TV, a heads-up display in a vehicle, a near-eye display or a display in a communication device with imaging and computing capabilities, such as a mobile telephone.

[0002] Monitoring or tracking eye movements and detecting a person's gaze point can be used in many different contexts. Eye tracking data can be an important information source in analysing the behaviour or consciousness of the person. It can be used both for evaluating the object at which the person is looking and for evaluating the respective person. The diverse uses of gaze point detection include studies on the usability of software and different types of interfaces; evaluation of web pages, advertising and advertisements; provision of means for educating pilots in simulator environments and for training surveillance personnel in security-critical roles; and research in psychology, behavioural sciences and human perception. A field which has attracted an increasing interest in recent years is the evaluation of advertising and other marketing channels.
[0003] Eye-tracking techniques can also be used in a human-machine interface (HMI): a user can control a computer by just looking at it. Such eye control can be applied as sole interaction technique or combined with keyboard, mouse, physical buttons and voice. Eye control is used in communication devices for disabled persons and in various industrial and medical applications.
[0004] While eye-tracking systems are utilized in a growing range of applications aimed at professionals, they are rarely included as standard peripherals in or as integral parts of new laptops, desktops, smart phones and other personal computer systems. In the case of battery-powered systems, concerns that eye-tracking functionalities might impair an otherwise optimized energy management may be one reason for this absence.
[0005] US 2005/199783 A1 describes a technique for switching a generic device between a power-up state, a sleep state and a power-off state on the basis of eye detection data relating to a user. Only the presence or absence of an eye is of concern, not the gaze angle. A detected presence of an eye causes switching from the sleep state to the power-up state, while a detected absence causes switching down from the power-up state to the sleep state, and then to the power-off state of the device. While this document describes how an eye detection result, namely eye presence, can be used to improve the energy performance of the generic device, it does not address the power management problem in the eye detection equipment itself. Nor does it propose any solution that is tailored to, and benefits from, the particularities associated with eye detection activity.
[0006] Similarly, US 5 835 083 A and WO 2008/056274 A1 discuss how gaze-point measurements can be used to control a power state of a visual display, so that power consumption is reduced when a user's eyes and hence a user's attention are not directed to the device. They also do not address power management in the eye tracker itself.
[0007] US 2010/079508 A1 discloses an electronic device with a display, such as a handheld computer, which is able to detect whether a user's gaze is directed towards the display. The device implements a power management scheme which involves the device operating in multiple modes to conserve power and utilizing gaze detection operations to assist in determining an appropriate mode in which to operate. The different modes of the device involve adjusting the brightness of the display or turning on/off components such as a display or a touch screen in order to conserve power. Additionally, certain aspects of the gaze detection capabilities of the device can be adjusted to conserve power depending on the mode in which the device is operating. US 2010/262281 A1 and US 2010/205667 A1 disclose that calibration settings can be adapted to a recognized person. US 6 152 563 A discloses eye-gaze direction detecting suitable for persons wearing glasses.
[0008] A further possible reason that eye-tracking functionalities are not yet included as standard components in personal computer systems is the hassle that may arise in connection with transitions between different users. Eye-tracking systems that attempt to offer some relief in this respect have emerged, e.g., the one disclosed in US 7 657 062 B2, which is configured to match an estimated time distribution of the azimuth gaze direction against a predetermined distribution of the same quantity measured under laboratory conditions. The gaze direction is either measured with respect to a fixed coordinate system or to a system fixed about a human head.

[0047] By way of example and not limitation, embodiments of the invention will now be described with reference to the accompanying drawings, on which:

figure 1 illustrates an active, ready and idle mode of an eye-tracking equipment and transitions between these;

figure 2 illustrates a further development of the setup in figure 1, wherein the active mode is differentiated into personalised modes;

figure 3 is a generalized block diagram of a personal computer system in accordance with an embodiment of the invention;

figure 4 illustrates a set of sub-profile modes of an eye-tracking processor in a personal computer system, which modes are subordinate to an active sub-mode of the same component; and

figure 5 illustrates a set of active sub-modes of an eye-tracking processor in a personal computer system.

[0048] All the figures are schematic and generally only show parts which are necessary in order to elucidate the invention, whereas other parts may be omitted or merely suggested.

a symbol appearing on the visual display (310), a non-visual signal,

recognizing, using the second imaging device, a viewer by comparing viewer-related data with the plurality of predefined personal profiles and selecting a best matching personal profile;

12. A computer program product comprising a data carrier storing instructions for causing a programmable computer to execute the method of claim 11. 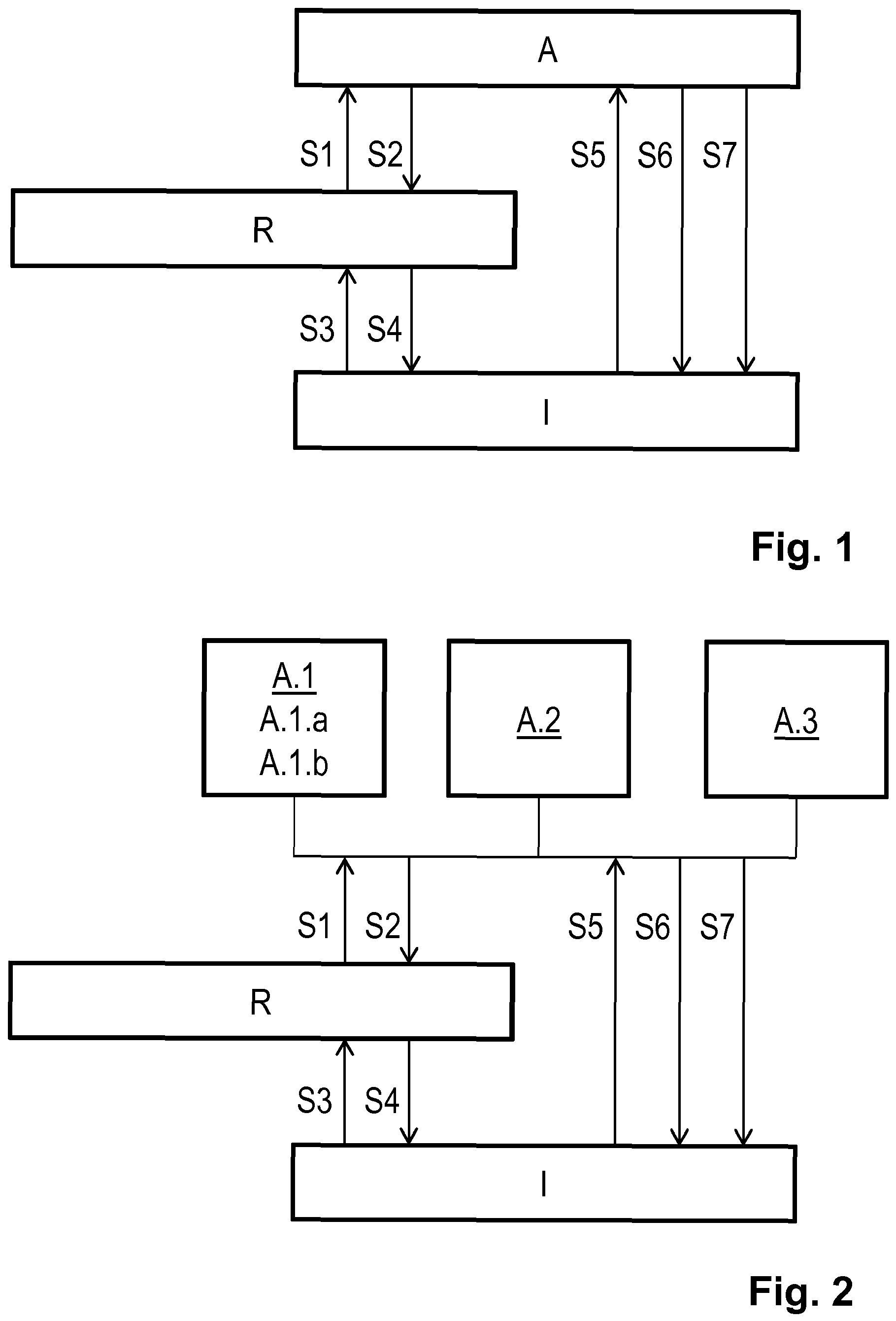 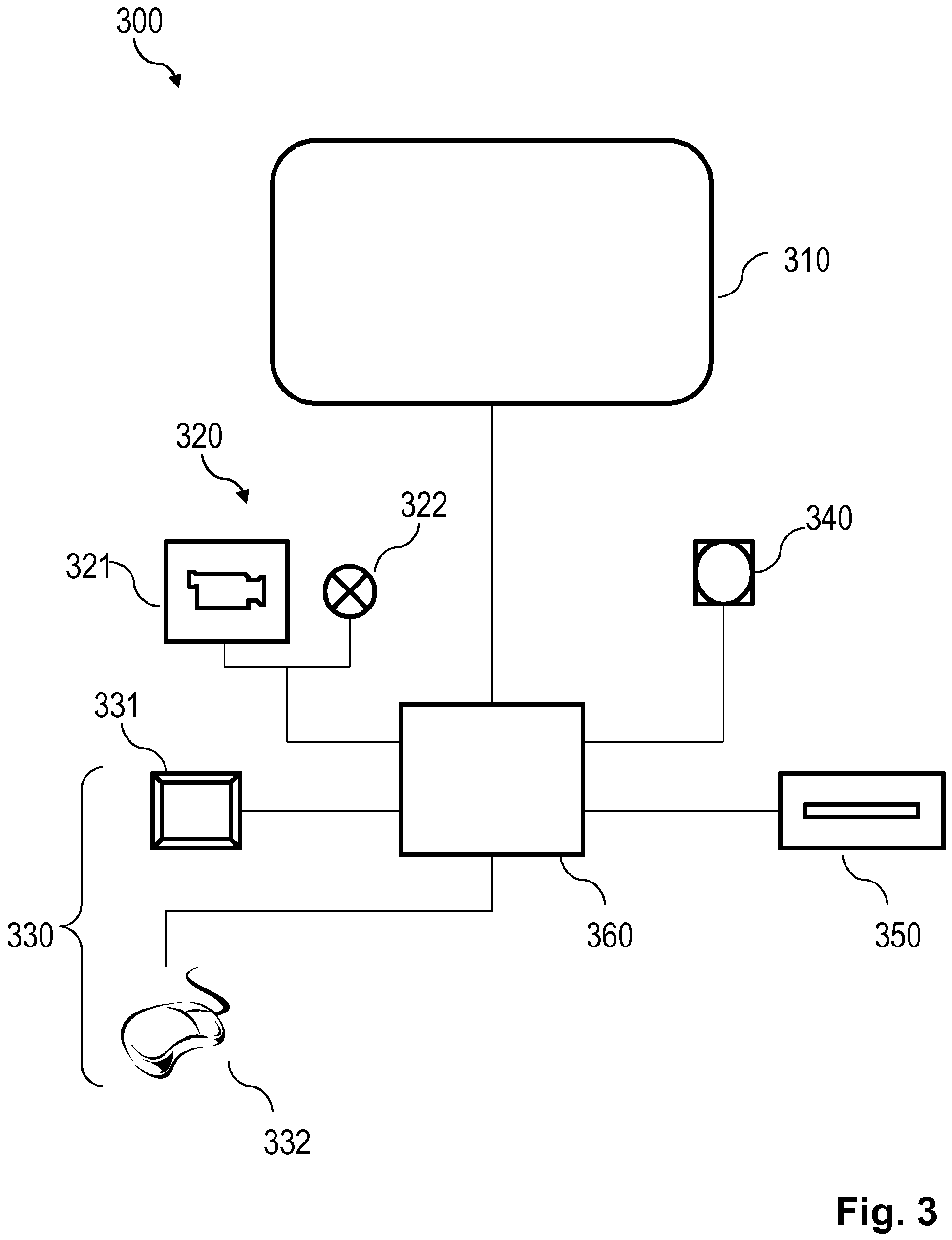 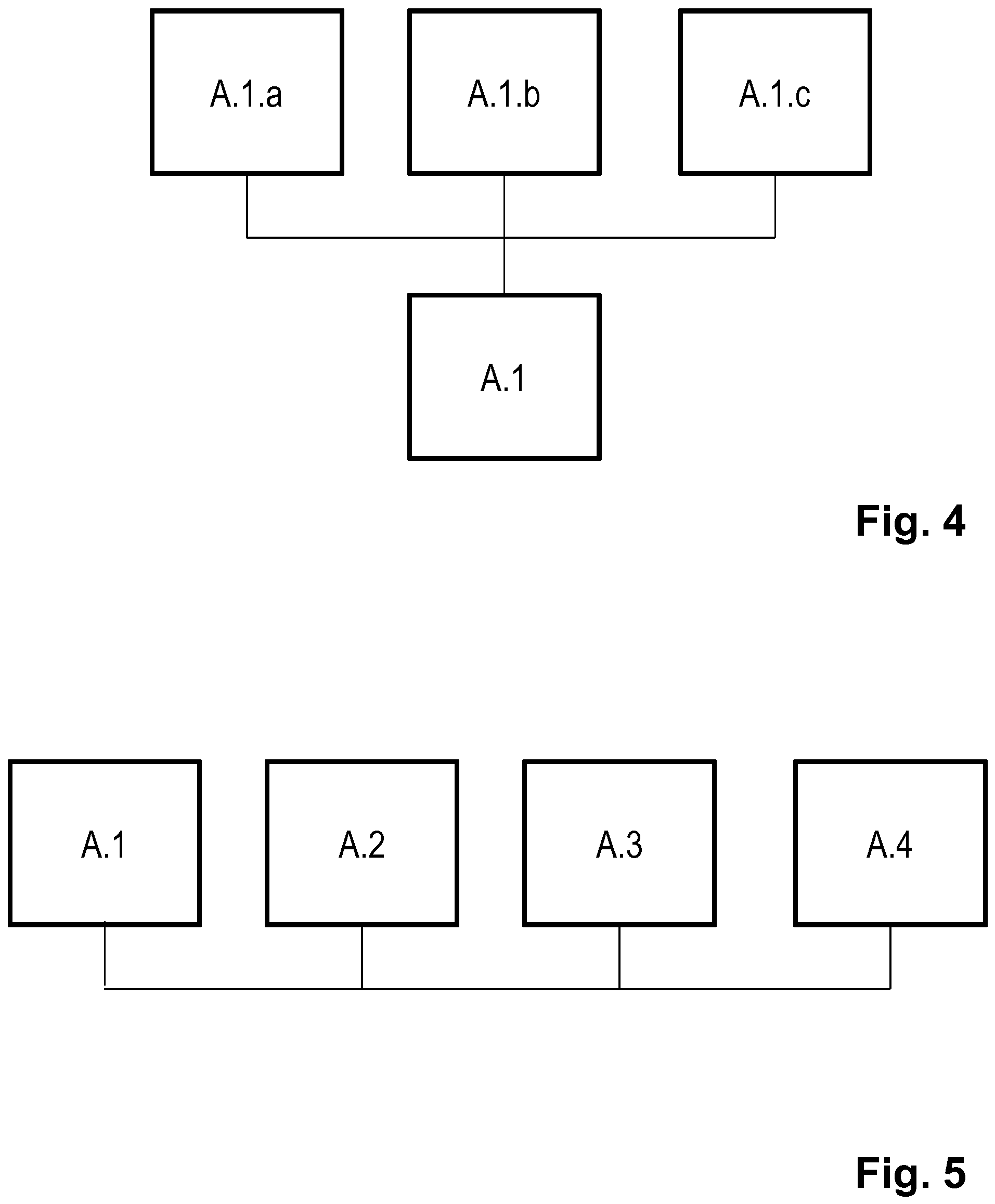