[0001] The present invention relates to a refurbishment process of the pumping unit in a volumetric screw compressor of the 'oil-free' type, i.e. without pumping unit lubrication oil.
[0002] Many activities in the field of pharmaceutical or food production, in precision electronics or in other sensitive applications require the use of compression units which deliver excellent air quality in order to ensure perfect end products and production processes.
[0003] Being specifically developed for applications requiring maximum purity levels, 'oil-free' compressors compress the air without lubrication oil, and thus prevent the introduction of oil into the compression process, thus eliminating the risk of product contamination and alteration, damage to corporate reputation and delays, which are, in turn, cause of further expenses.
[0004] Rotary 'oil-free' volumetric compressors are known, in particular of the ZR type made by Atlas Copco, in which the pumping unit comprises a pair of screw-shaped rotors. In such compressors, known as screw compressors, the rotors are externally provided with reversing helical screws and are arranged side by side to mate with each other. By rotating within the cylindrical seats obtained in the pumping unit, the screw rotors create a compartment therebetween and the body in which they are accommodated, which progressively moves from the intake zone to the discharge zone, decreasing the volume and thus compressing the air entrapped between the two rotors and the walls of the compartment. By means of the rotation of the rotors, the volume incorporated between them is reduced, thus increasing the pressure until the air is pushed towards the discharge mouth, and thus ejected.
[0005] The absence of the action of a lubricant means that the mechanical parts of the 'oil-free' compressor are inevitably subject to wear. Careful maintenance is needed in order to keep up the performance level in particularly demanding industrial processes, like those listed above. When a pumping unit wear occurs, the only possible solution is to replace the concerned components with new genuine components.
[0006] Various documents are known, which illustrate maintenance services for pumping units, such as for example US patent application 2003113221(A1), which describes a treatment of the rotor surfaces so as to reduce the clearance between the surfaces, or the website http://www.airhire.co.uk/acatalog/The_Refurbishment_Process.html, which describes a refurbishment process for screw compressors.
[0007] In the light of the prior art, it is the object of the present invention to provide a maintenance service for pumping units of screw compressors of the 'oil-free' type which ensures performances similar to those which would be obtained with genuine spare parts, but with a considerable saving of costs.
[0008] In accordance with the present invention, said object is achieved by means of a process for refurbishing the pumping unit of a screw compressor of the 'oil-free' type, as claimed in claim 1.
[0009] Also a coating for use in such a process is disclosed, as defined in claim 7. Z
[0010] The features and advantages of the present invention will be apparent from the following detailed description of a practical embodiment thereof, illustrated by way of non-limitative example in the accompanying drawings, in which:

figure 1 shows by way of example a perspective overview of a volumetric screw compressor of the 'oil-free' type, to which the refurbishment process of the pumping unit according to the present invention may be applied;

figure 2 shows the same compressor according to another perspective;

figures 3-19 show a sequence of operating steps of the process according to the invention, when used by way of example for refurbishing the pump unit of the compressor in figure 1. 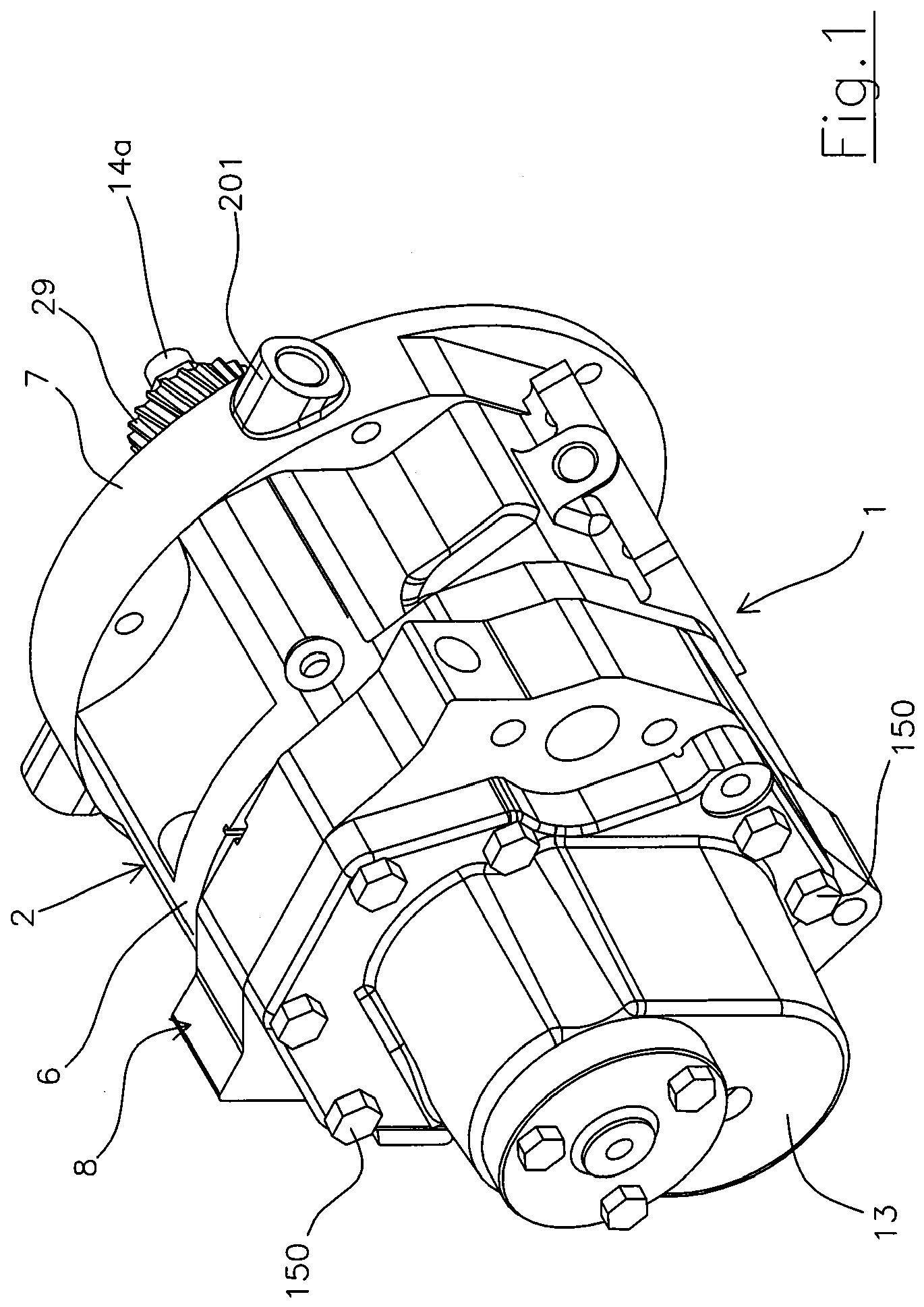 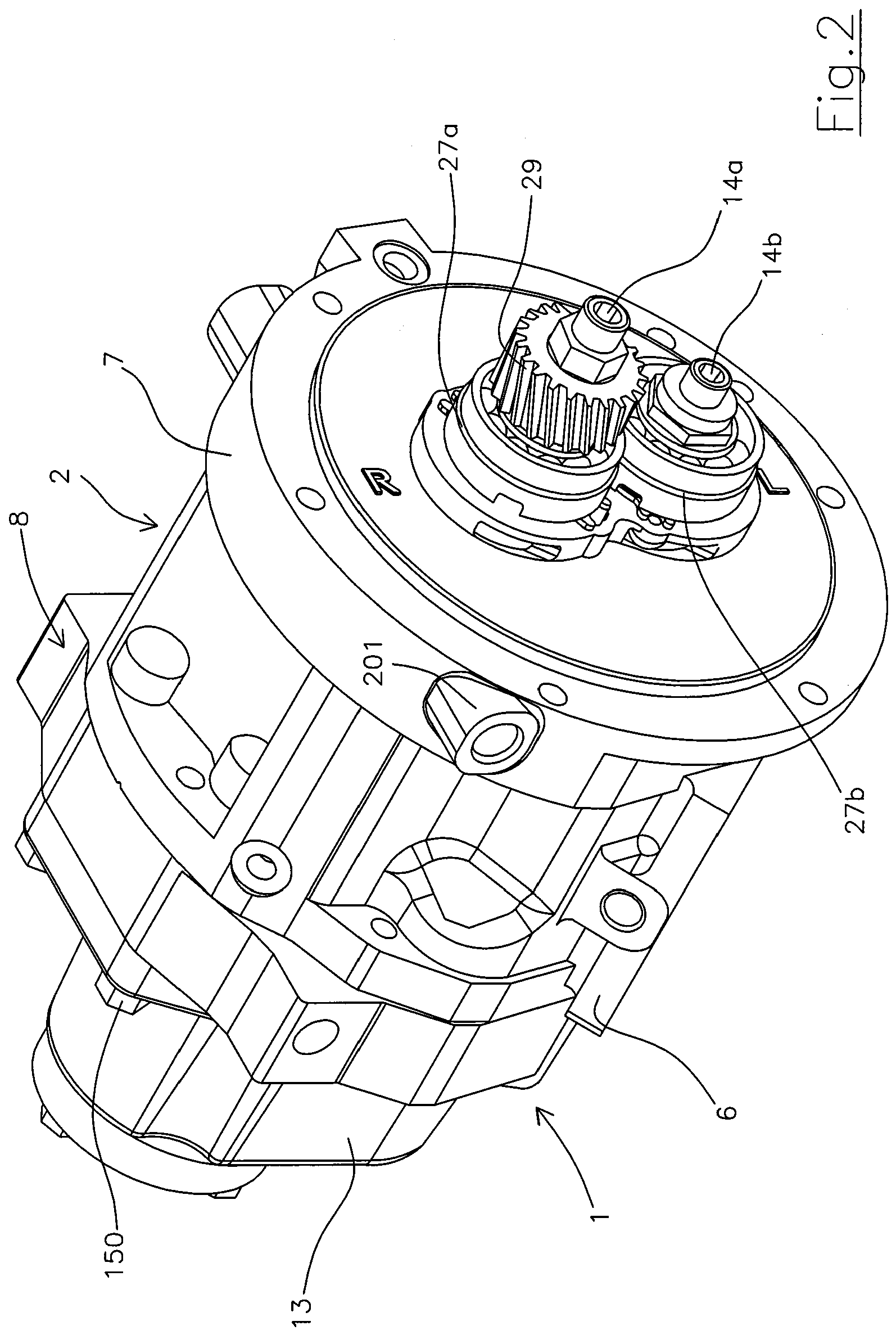 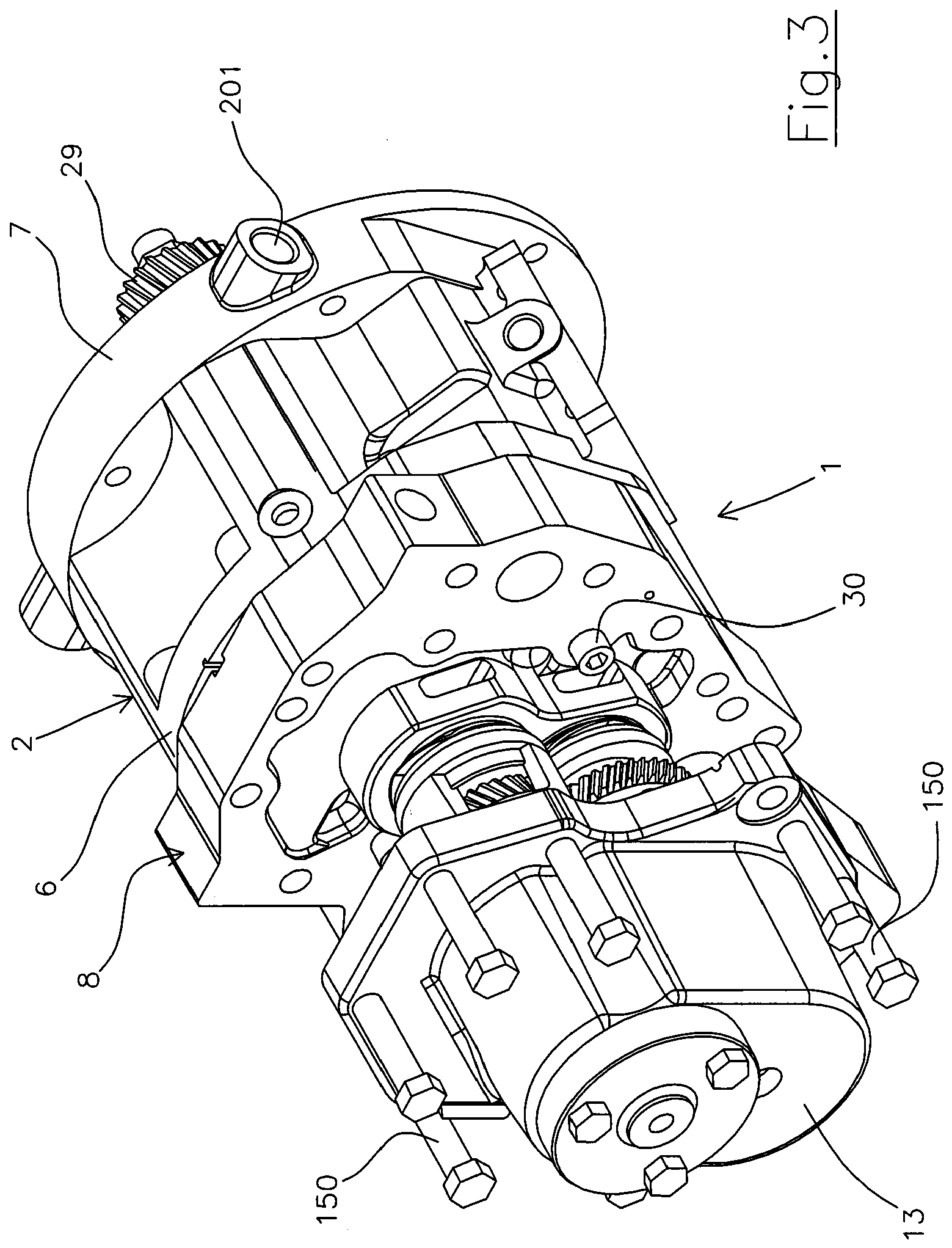 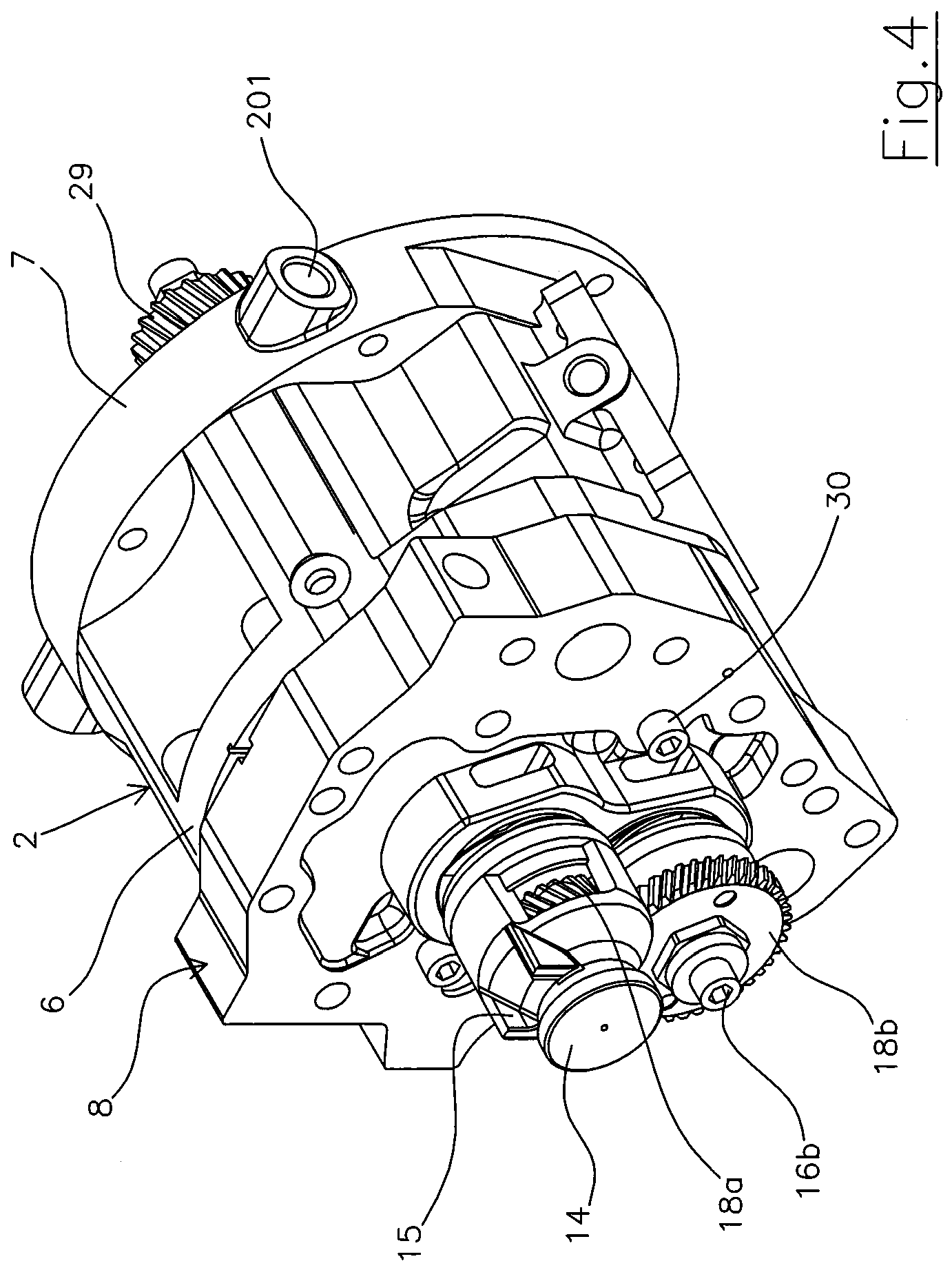 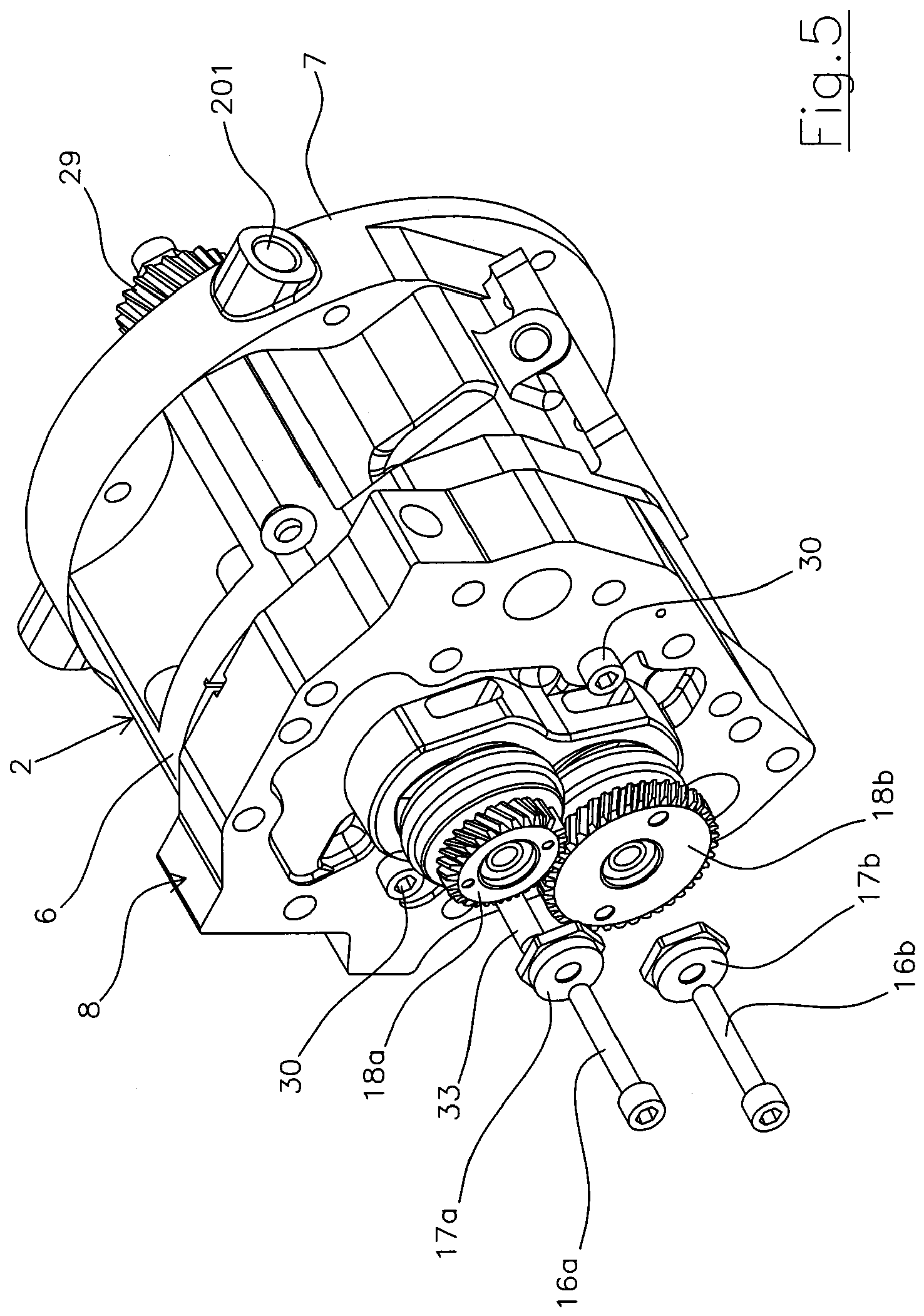 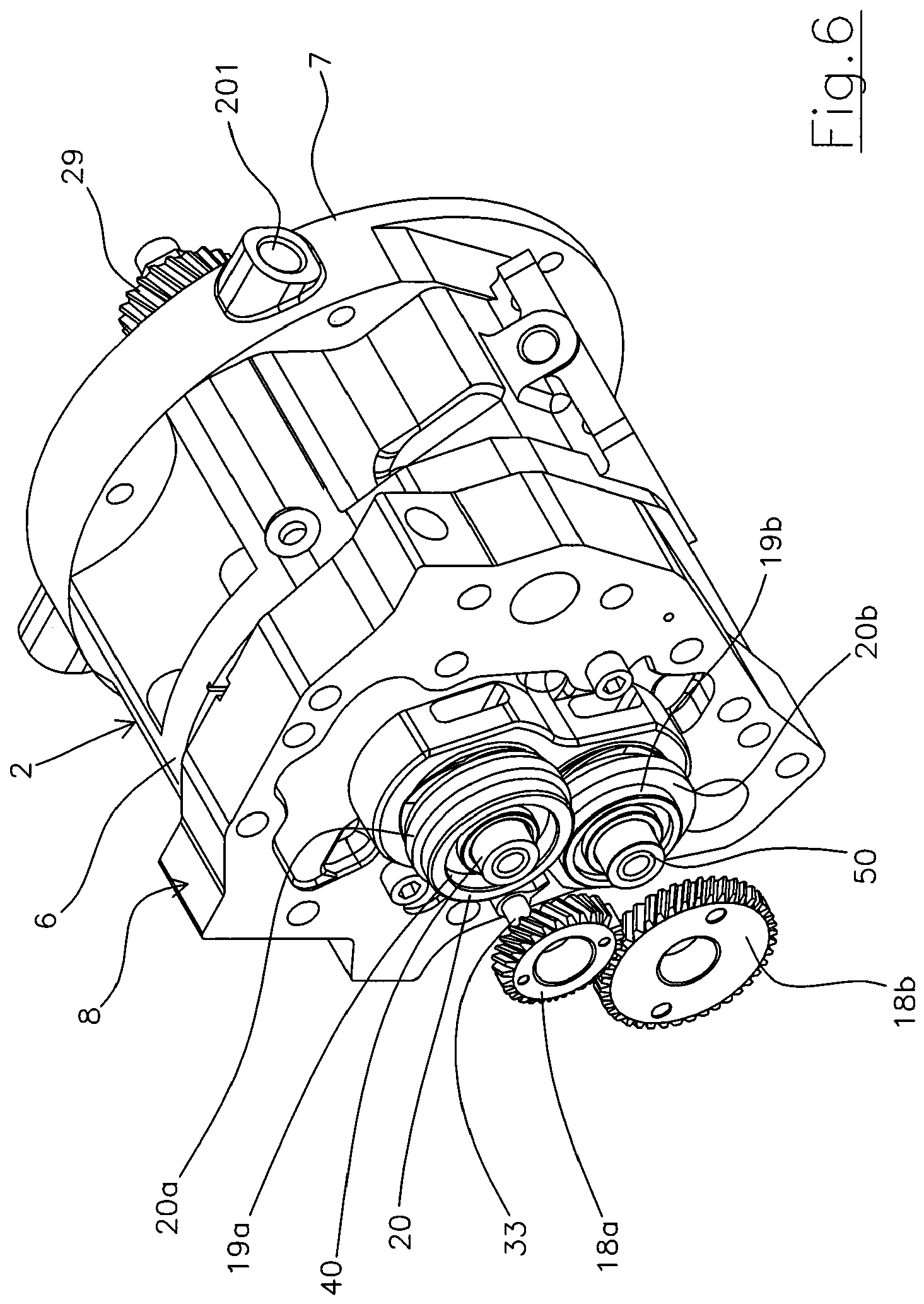 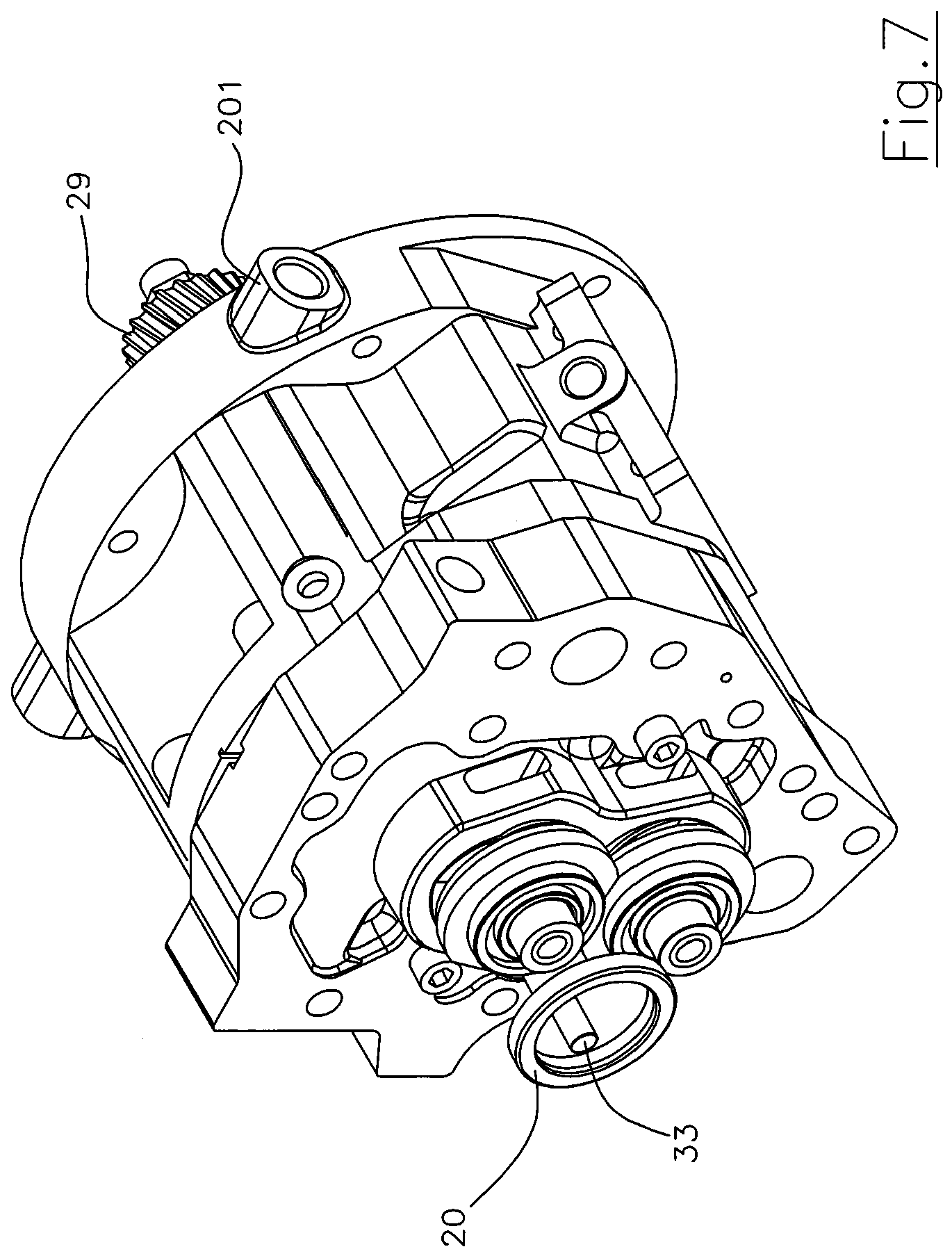 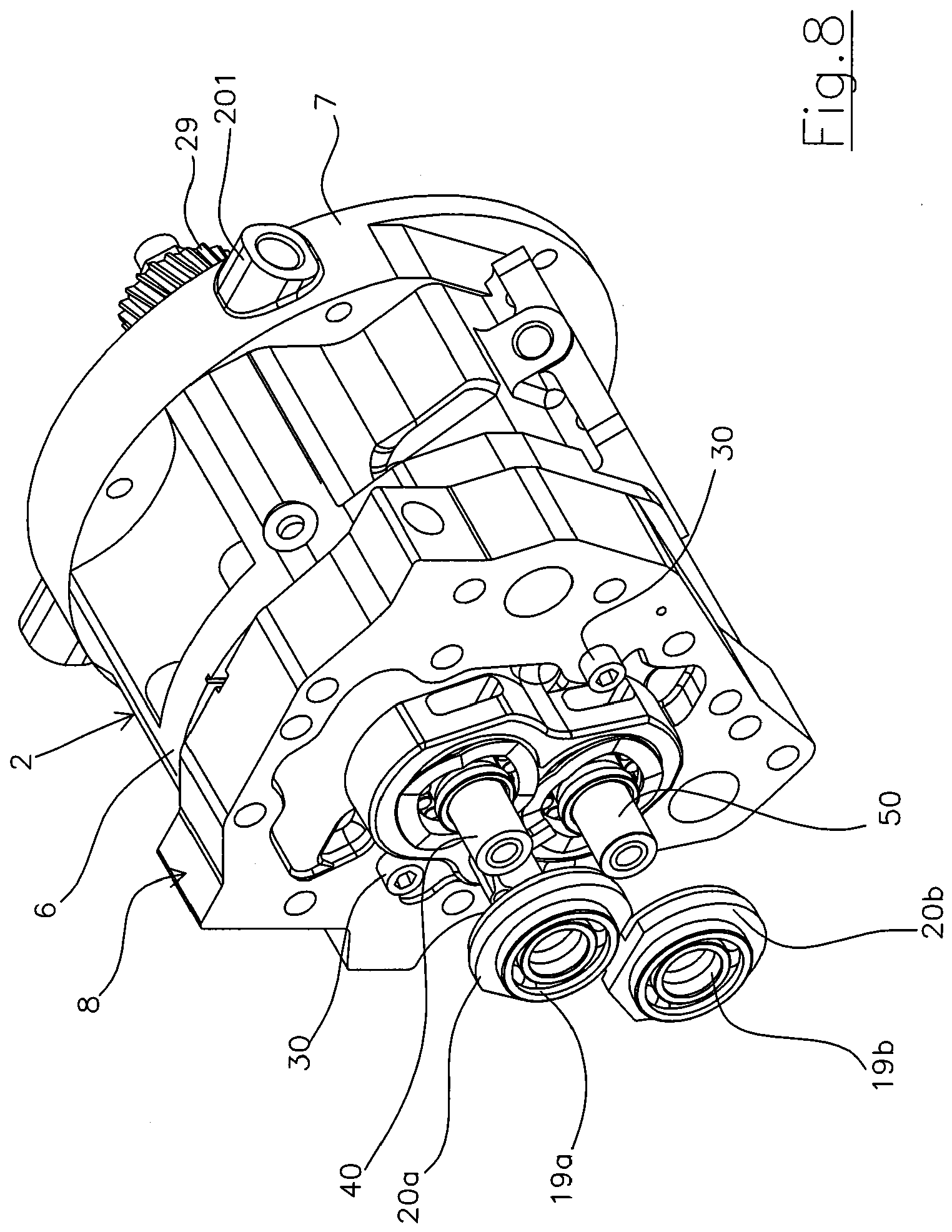 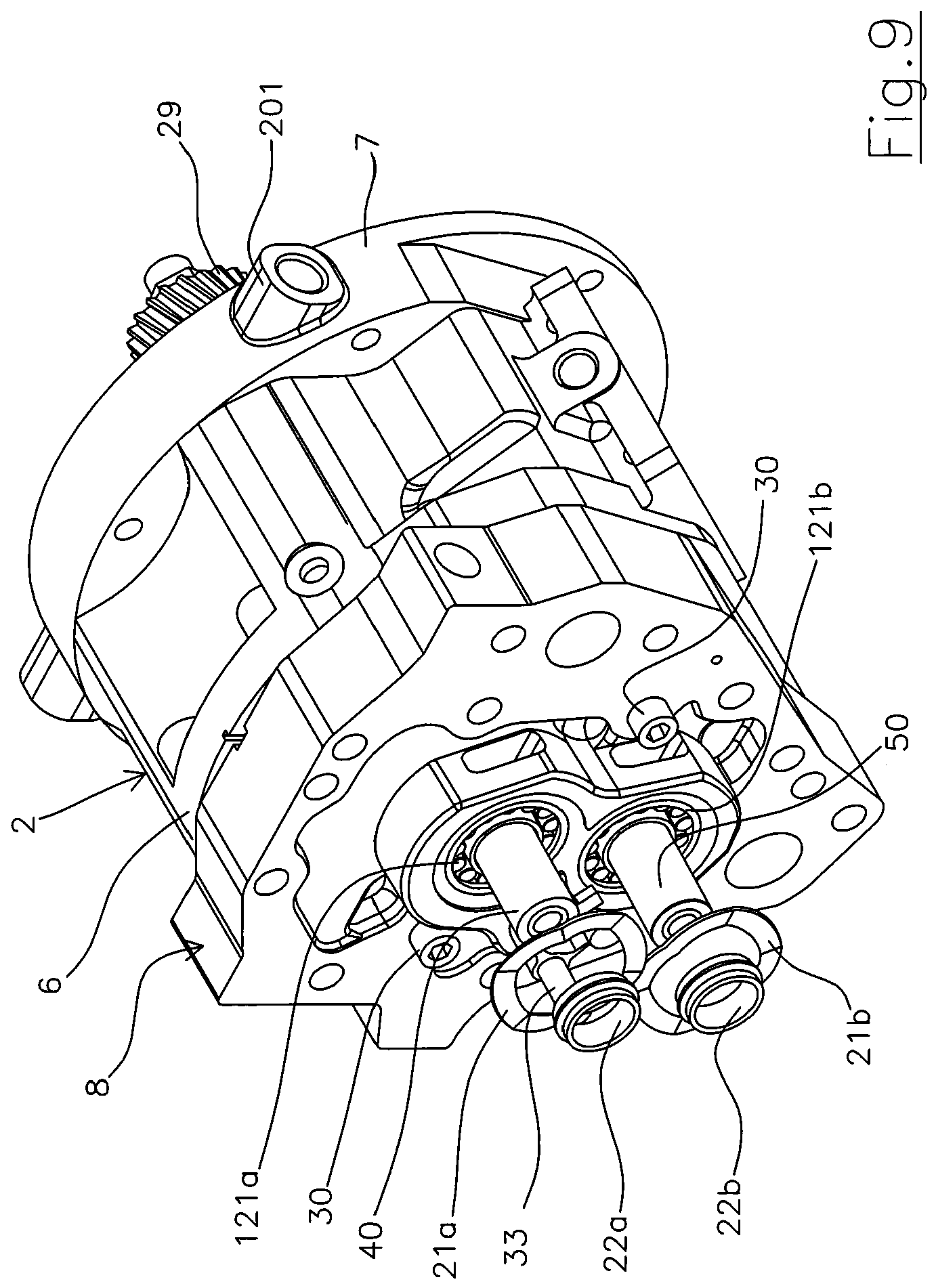 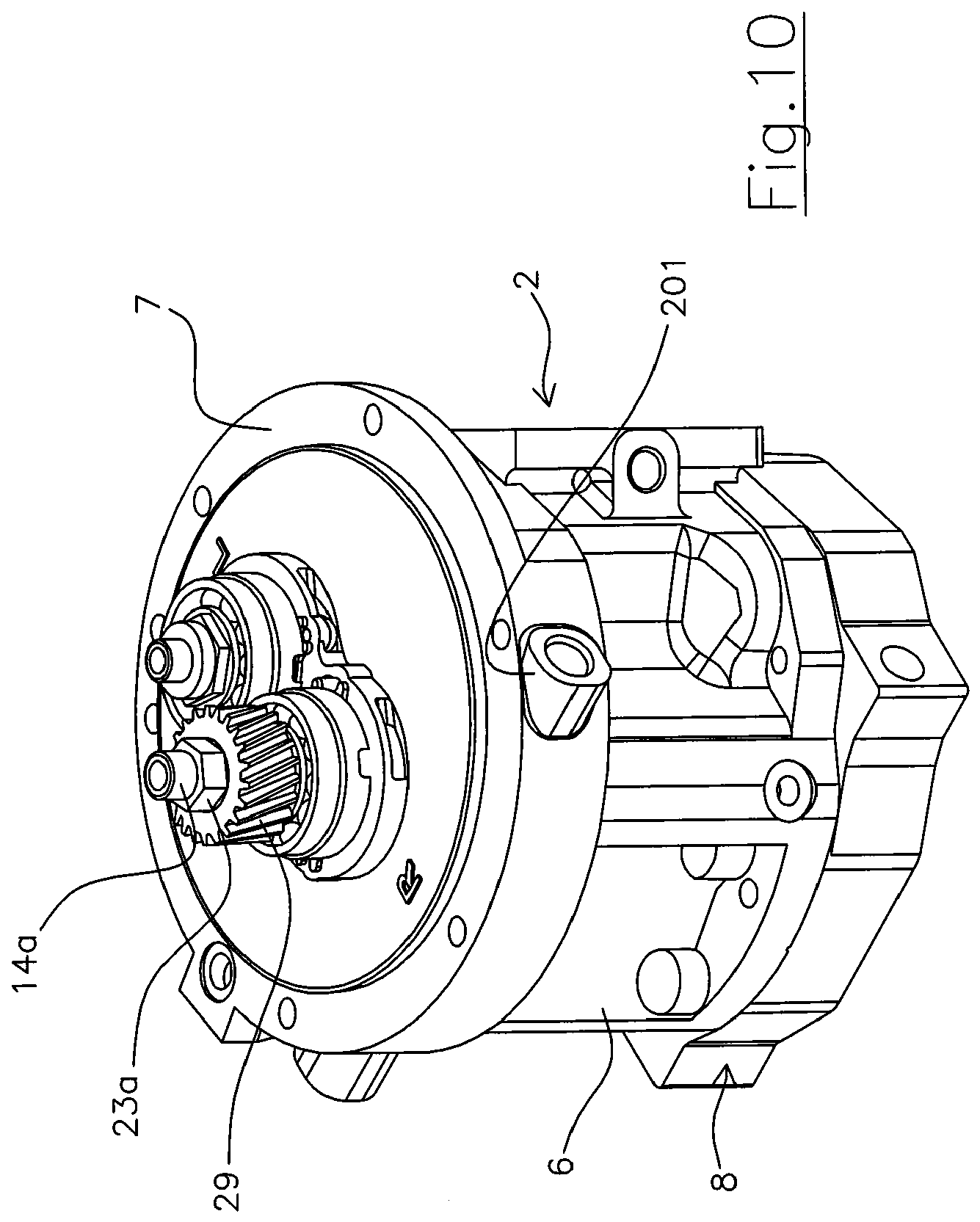 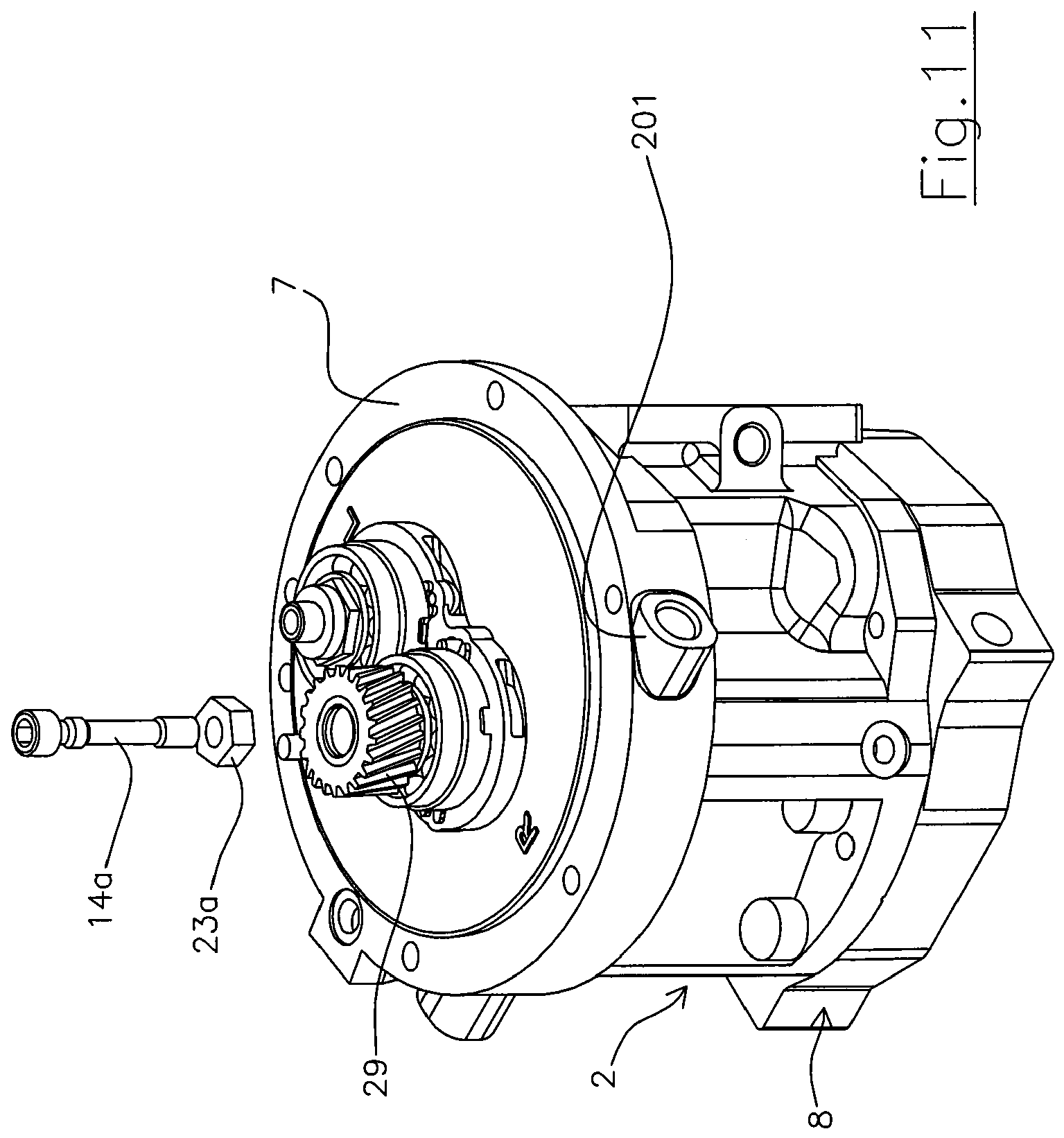 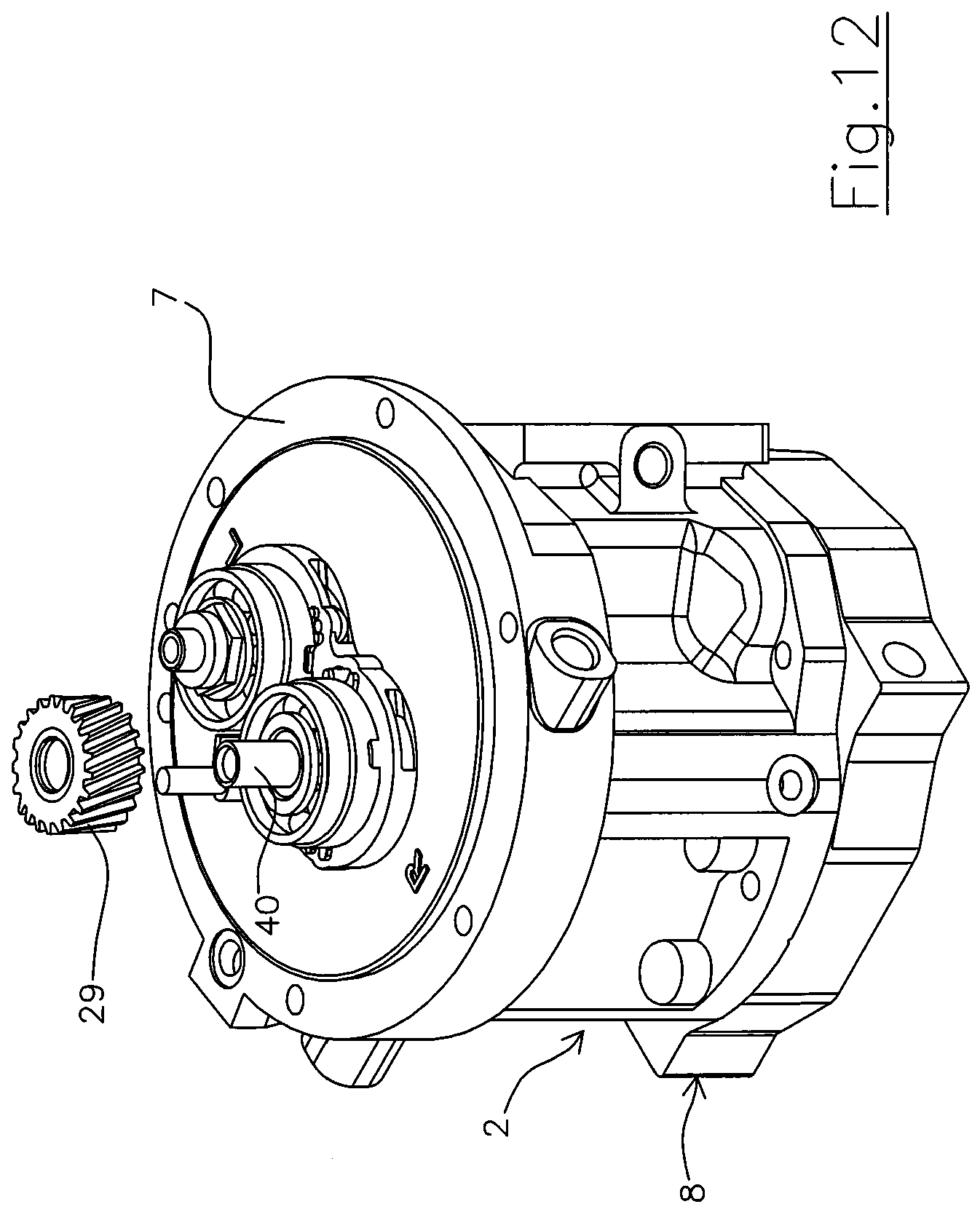 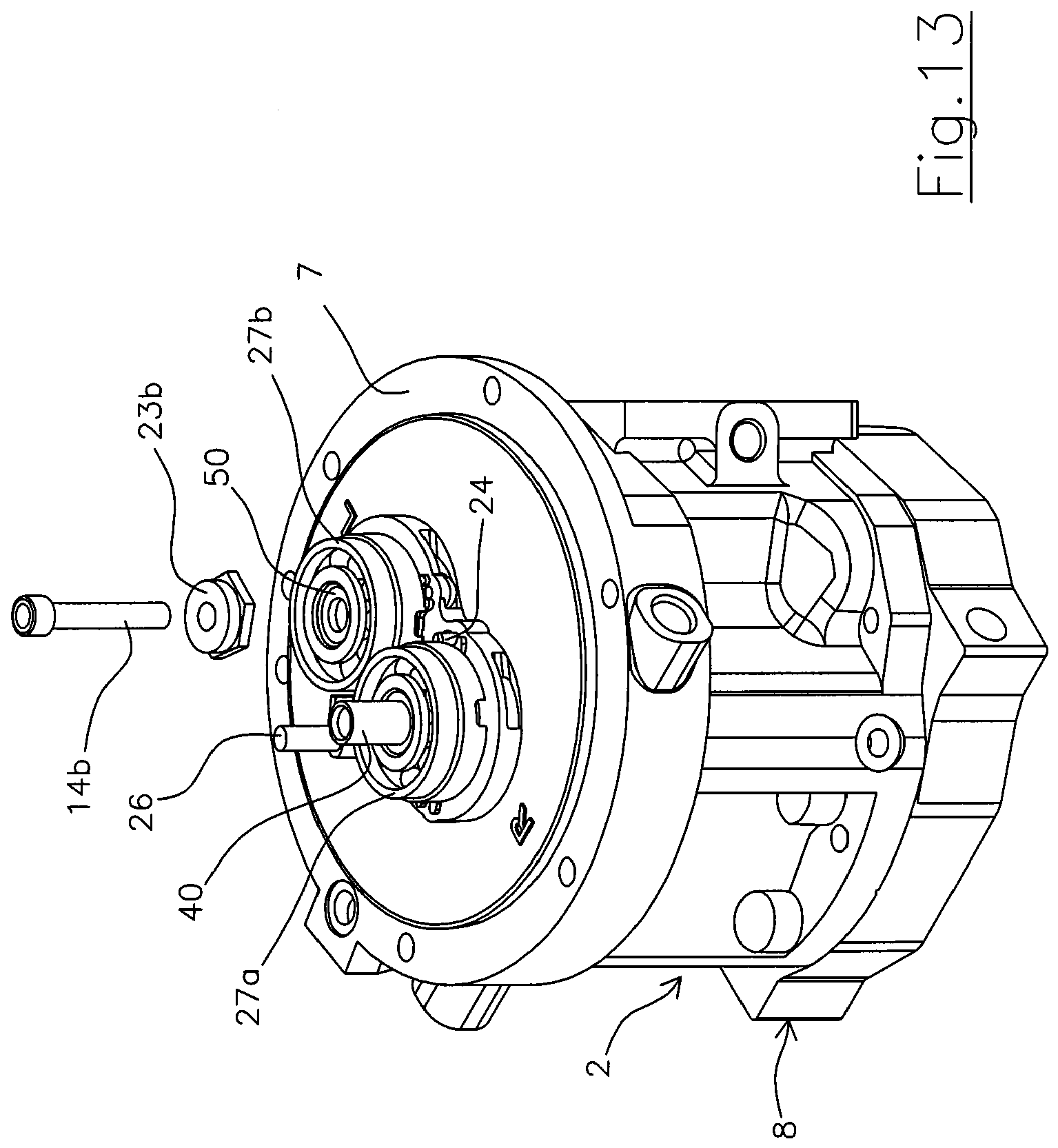 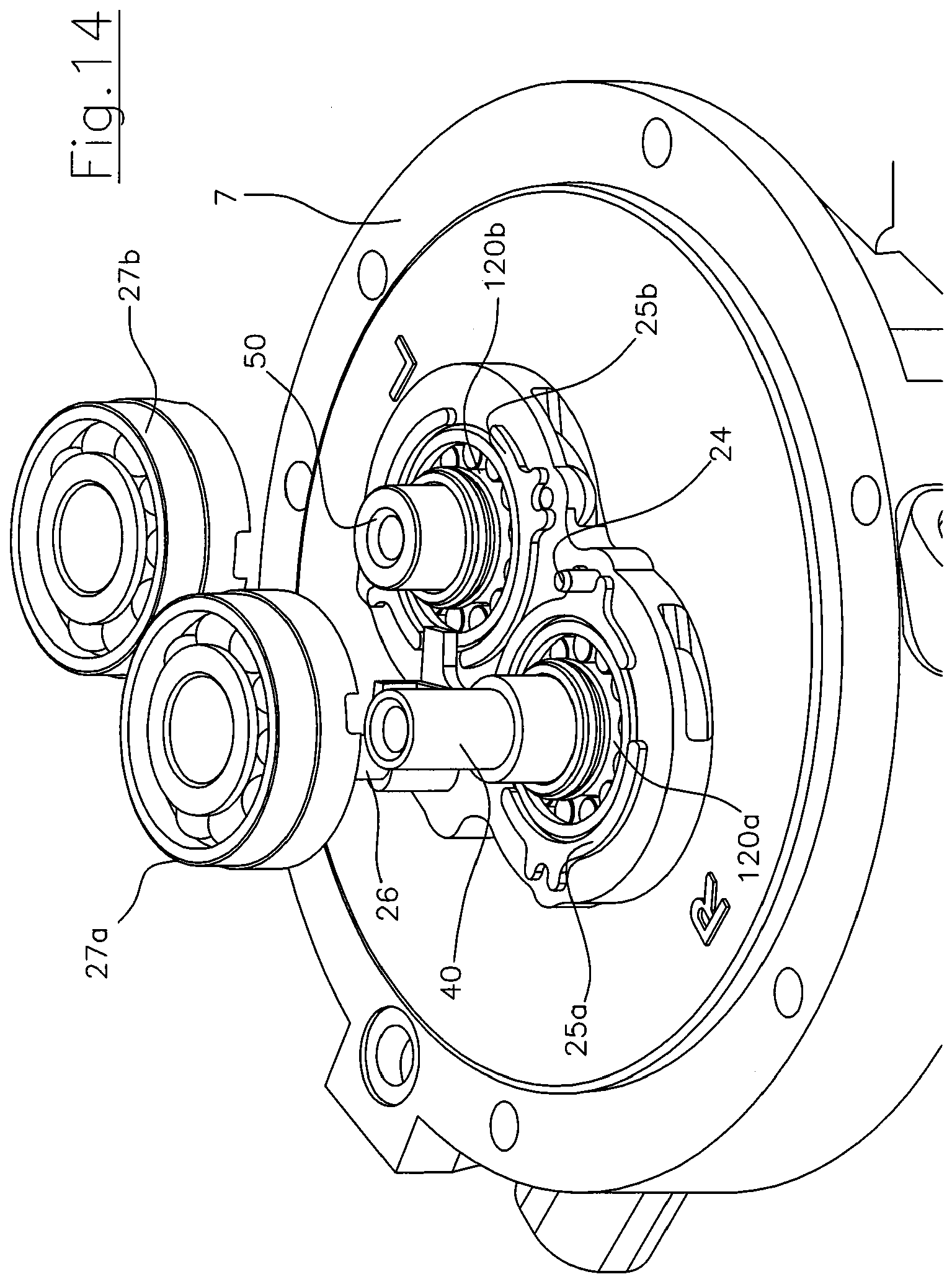 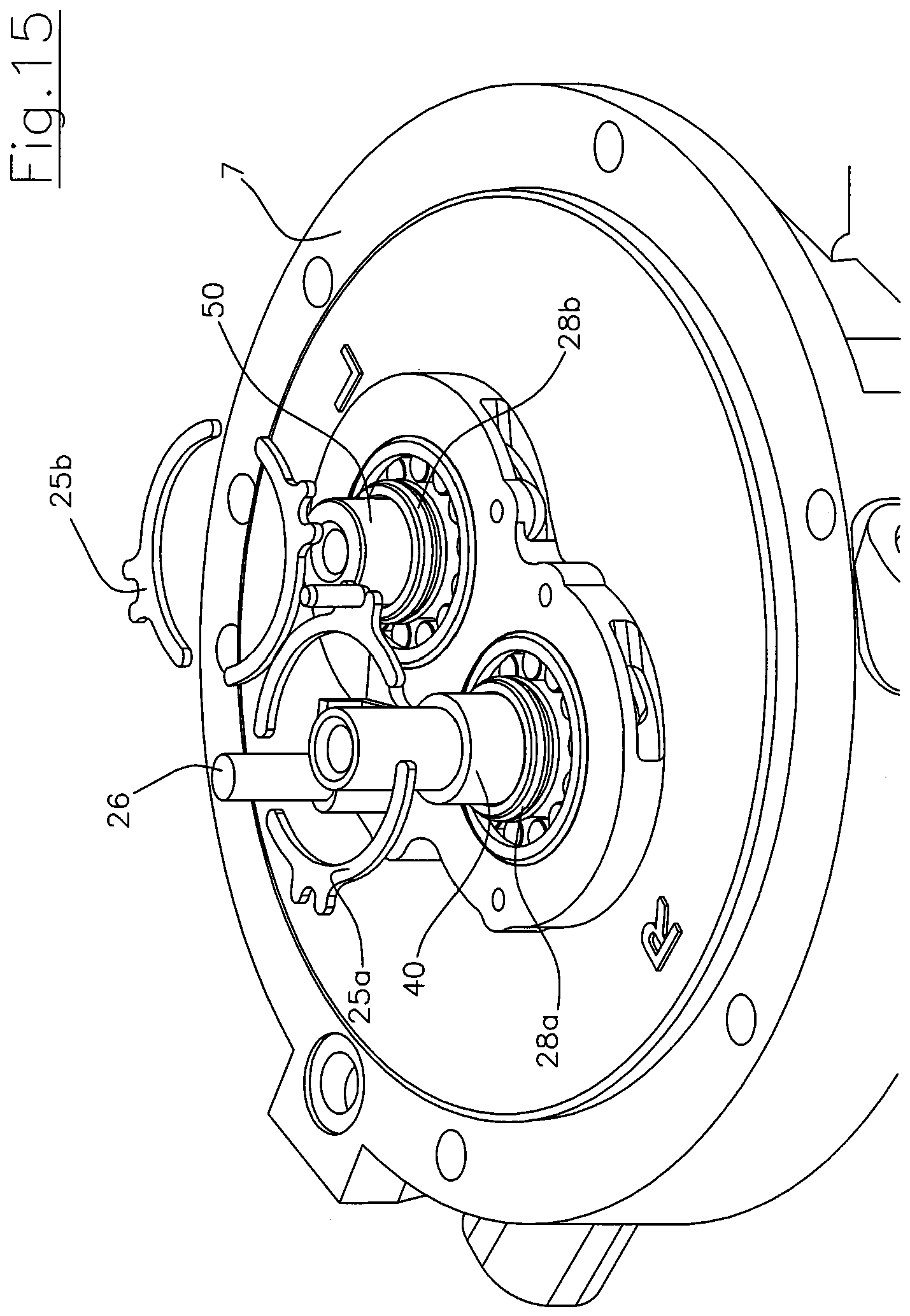 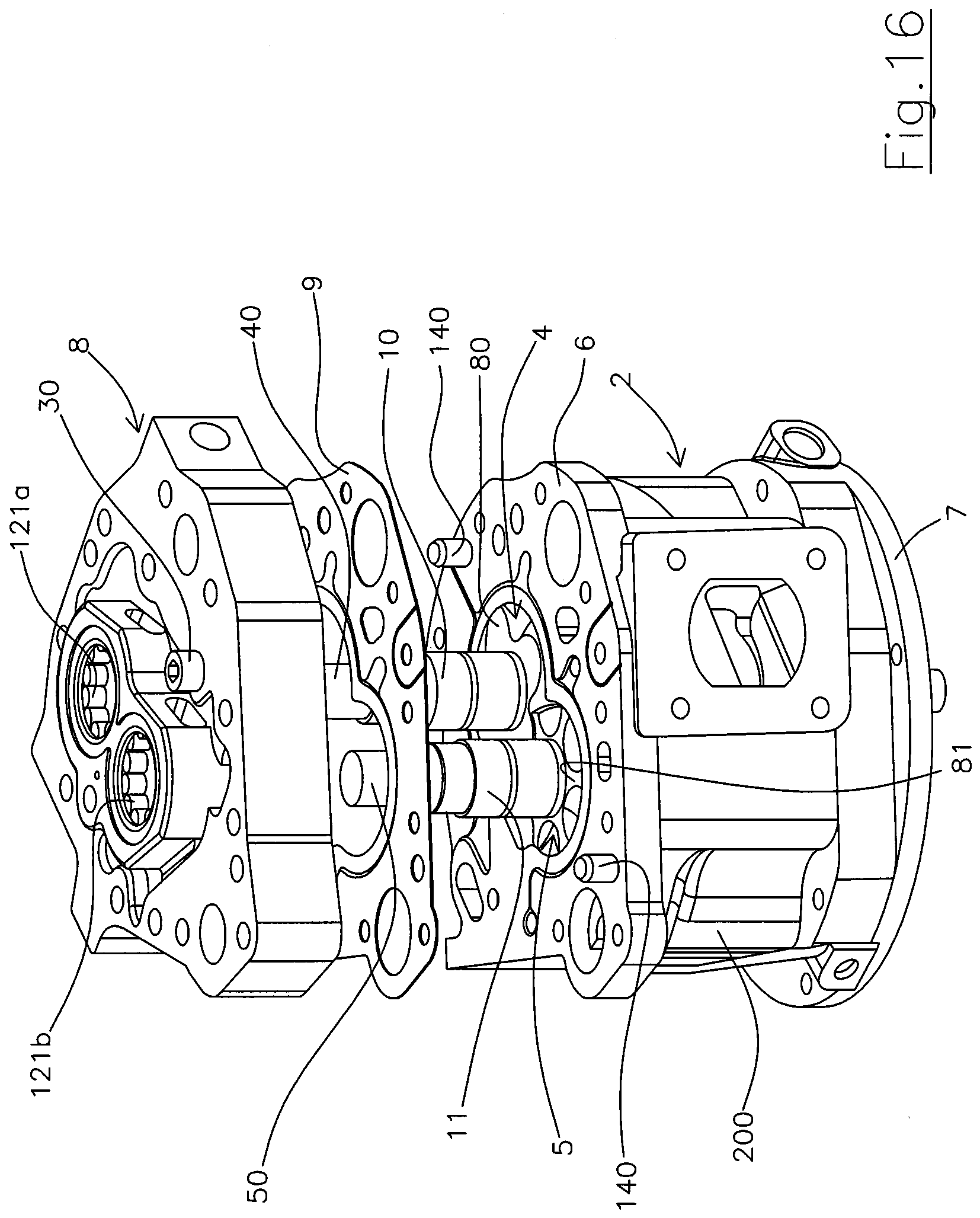 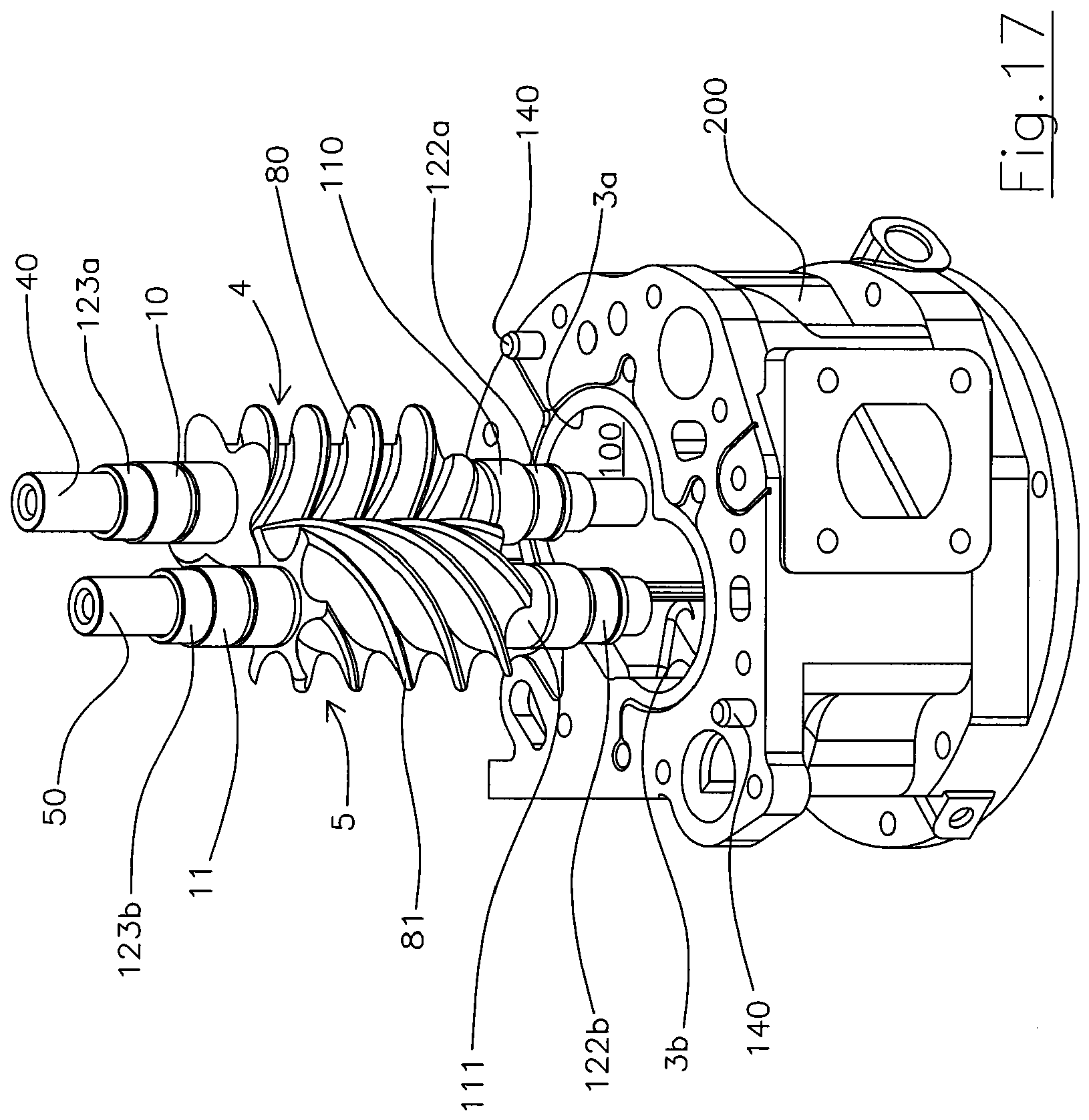 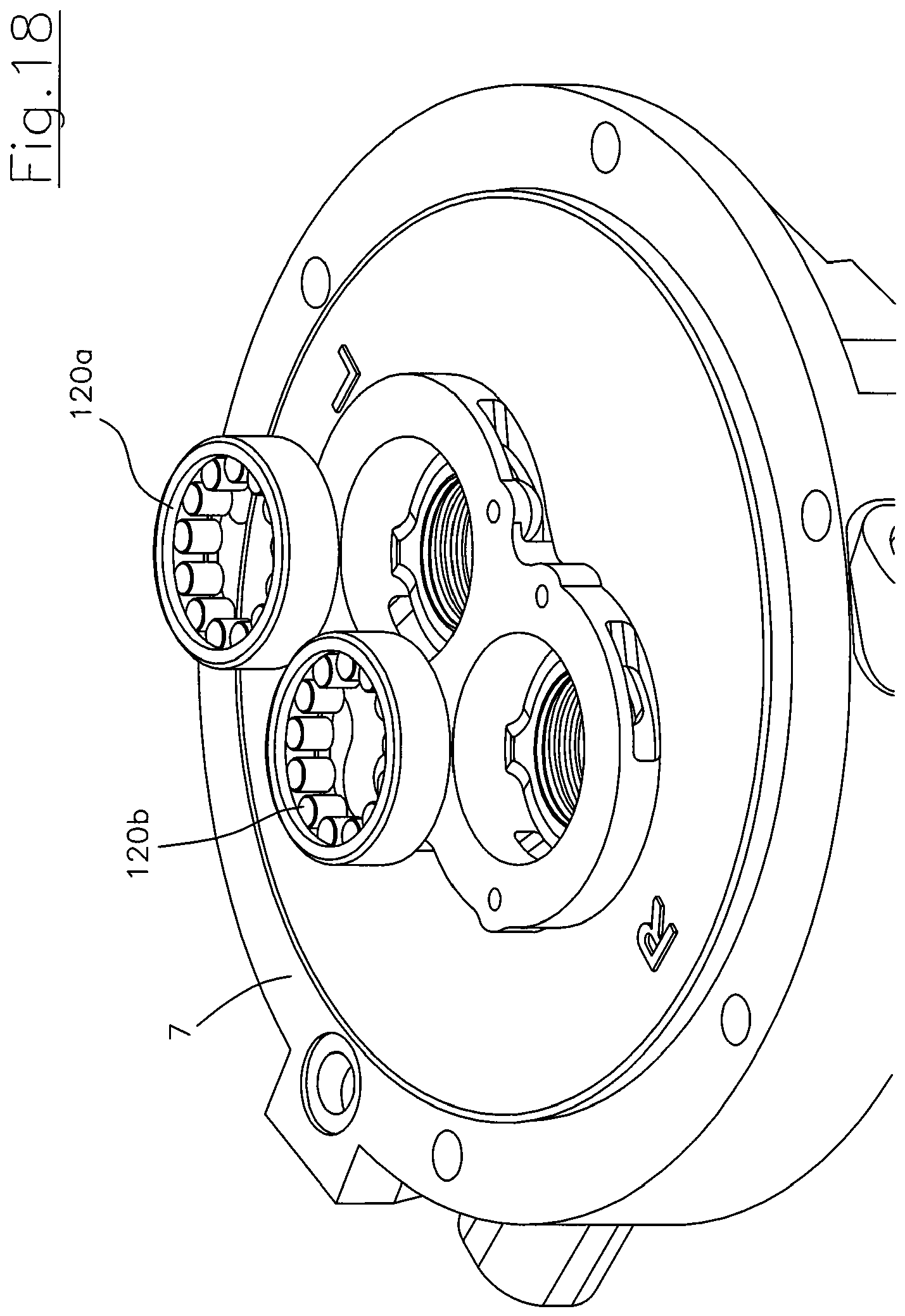 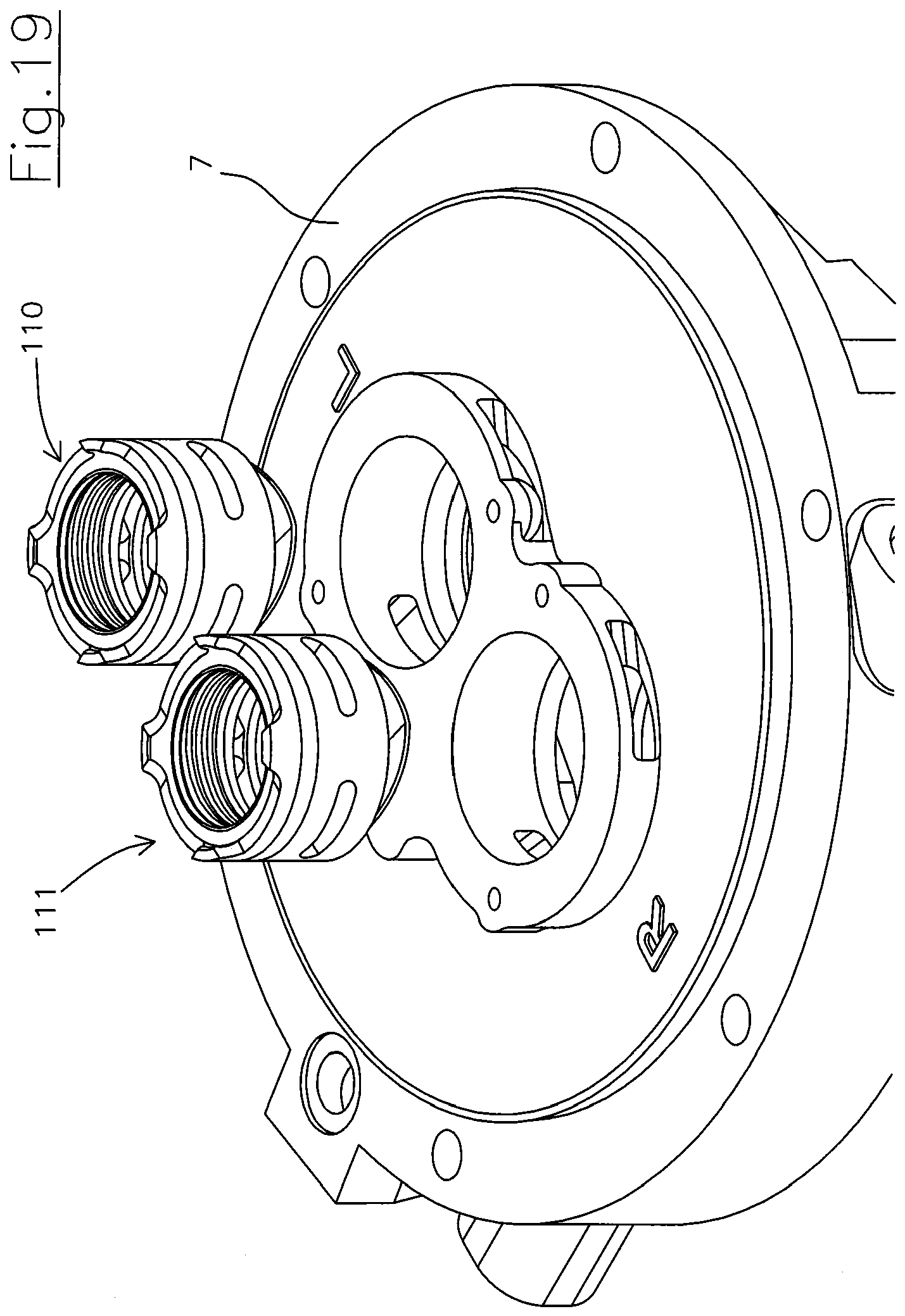