[0002] Existing power release solutions for vehicles occupy substantial space in the vehicle to facilitate the actuator and release mechanism. Today's systems often comprise of many parts resulting in a complex and complicated construction. For example, in power-operated systems such as power release decklid latch, power actuators are utilized to perform the desired function(s). These systems employ electrical motors, speed reducing gear sets, clutches, etc. Such powered systems tend to be complex and costly.
[0003] One method of simplifying latch construction is to use SMA wire to actuate the latch instead of traditional actuators. However, SMA wire does not always provide a satisfactory response level, given the cooling times required. Existing SMA flexible cable decklid release mechanisms with traditional binary (Ni-Ti) SMA wire exhibit longer cooling times at elevated operating temperatures within the specified automotive temperature range of -40C and +80C.
[0004] It is therefore desirable to provide an actuating device to selectively enable manually or remotely controlled actuation in vehicle environment, which is simple, reliable and economical. It is further desirable to provide an actuating device which is fast and reliable, It is also desirable to save space and allow a smaller packing envelope by using a SMA actuator instead of conventional technology. Document EP 1 516 773 A1 discloses a release device for a component of a motor-vehicle seat comprising a shape-memory actuator which can be actuated either electrically or manually as a tie-rod.

[0009] Preferred embodiments of the present invention will now be described, by way of example only, with reference to the attached Figures, wherein:

Figure 1 shows an isometric view of a latch including a shaped memory actuator, in accordance with an embodiment of the invention;

Figure 2 shows a top plan view of the latch shown in Fig.1 where the latch plate has been removed; and

Figure 3 shows a cross-sectional view of a SMA wire and crimp on the latch shown in Fig. 1

an actuating member (32), movably mounted to the plate (14) and operable to be moved between a first position and a second position; 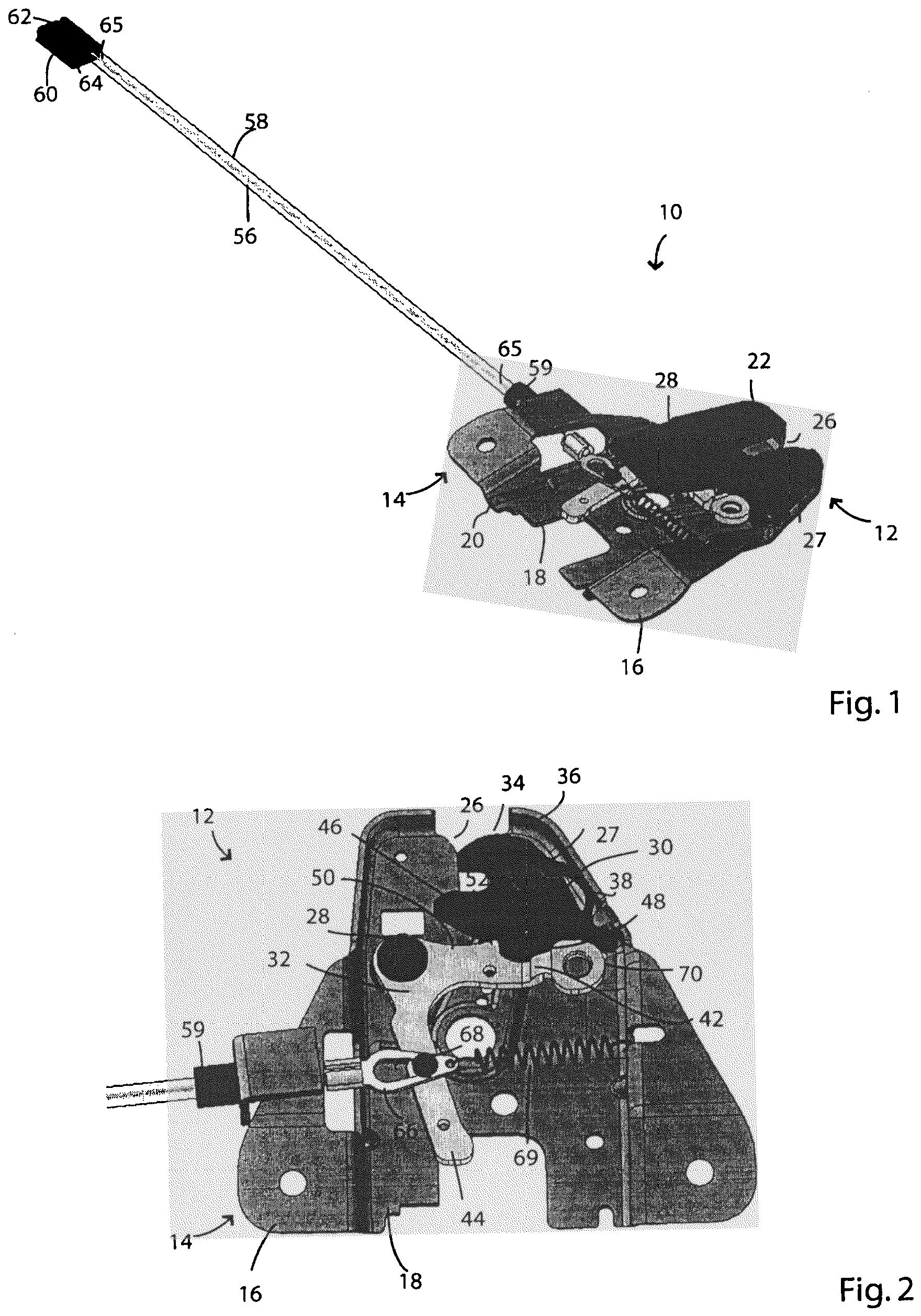