[0001] The present specification generally relates to semiconductor-based lasers and, more specifically, to distributed feedback lasers in the mid-infrared region that have an active core made of cascaded stages to generate several wavelengths simultaneously or sequentially. Methods of making and using such devices are also disclosed.

[0002] Distributed feedback ("DFB") lasers are a solid state diode laser technology that incorporates a diffraction grating into the active region of the laser. The DFB design allows for the emission of stable, single wavelengths that are slightly tunable via temperature change. DFB lasers are widely used in optical communication applications where the device's precise and stable wavelength is critical. However, the limited tunability of DFB lasers presents a number of problems and limits the overall usefulness of the devices in other fields. It would be advantageous in fields such as infrared countermeasures, gas sensing, communications, and other applications, if the strengths of DFB lasers could be expanded across a broader range of wavelengths. US 2008/0037608 discloses a tunable semiconductor laser for swept source optical coherence tomography.

Fig. 3. An embodiment comprising a mid-IR multi-wavelength concatenated DFB QCL with an active core made of cascaded stages.

Fig. 5. A picture showing detail of the quarter wavelength shifted grating for one of the DFB sections of an embodiment of the concatenated DFB ("cDFB") laser.

Fig. 6. Spontaneous emission spectrum from a stack of QC cores. The gain peak of each core is designed to be near one of the sampling wavelengths.

Fig. 7. Electroluminescence spectrum from the core as compared to the lasing spectra from four different DFB quantum cascade lasers ("QCLs") in a cDFB embodiment fabricated from the same wafer.

Fig. 9. Example sequential operation of the cDFB to minimize thermal heating of the device and allow multiple sampling wavelengths.

[0035] The spectra shown in Fig. 7 were obtained from a cDFB laser with a core made of three active stacks. The electroluminescence spectrum from the core shown as "(a)" indicates the gain spectrum. Four lasing spectra shown as curves "(b)", "(c)", "(d)", and "(e)" are the lasing spectra from four different laser sections fabricated in the same wafer.

[0037] To minimize the heating within a pulse and from the neighboring pulses applied to the same laser section, we propose the following time sequential operation as shown in Fig. 9 and the pulse width on the order of a few hundred nanosecond or less, for example 200 ns, to keep the core temperature rise to less than 20°C. During the time sequential operation shown in Fig. 9, in order to minimize the optical loss of the output from any laser section in concatenation through the laser sections in the front of it, the laser sections should be DC or pulse biased below threshold when they are not required to be in lasing mode. This will minimize feedback stemming from the non-lasing laser stage as noted in Li et al., 36 (10) IEEE Journal of Quantum Electronics, 1110-1116 (2000), herein incorporated by reference in its entirety.

b. an optical waveguide comprising two ends coated with an anti-reflection material; and

by removal of a high doping part of an upper n-type cladding
layer. 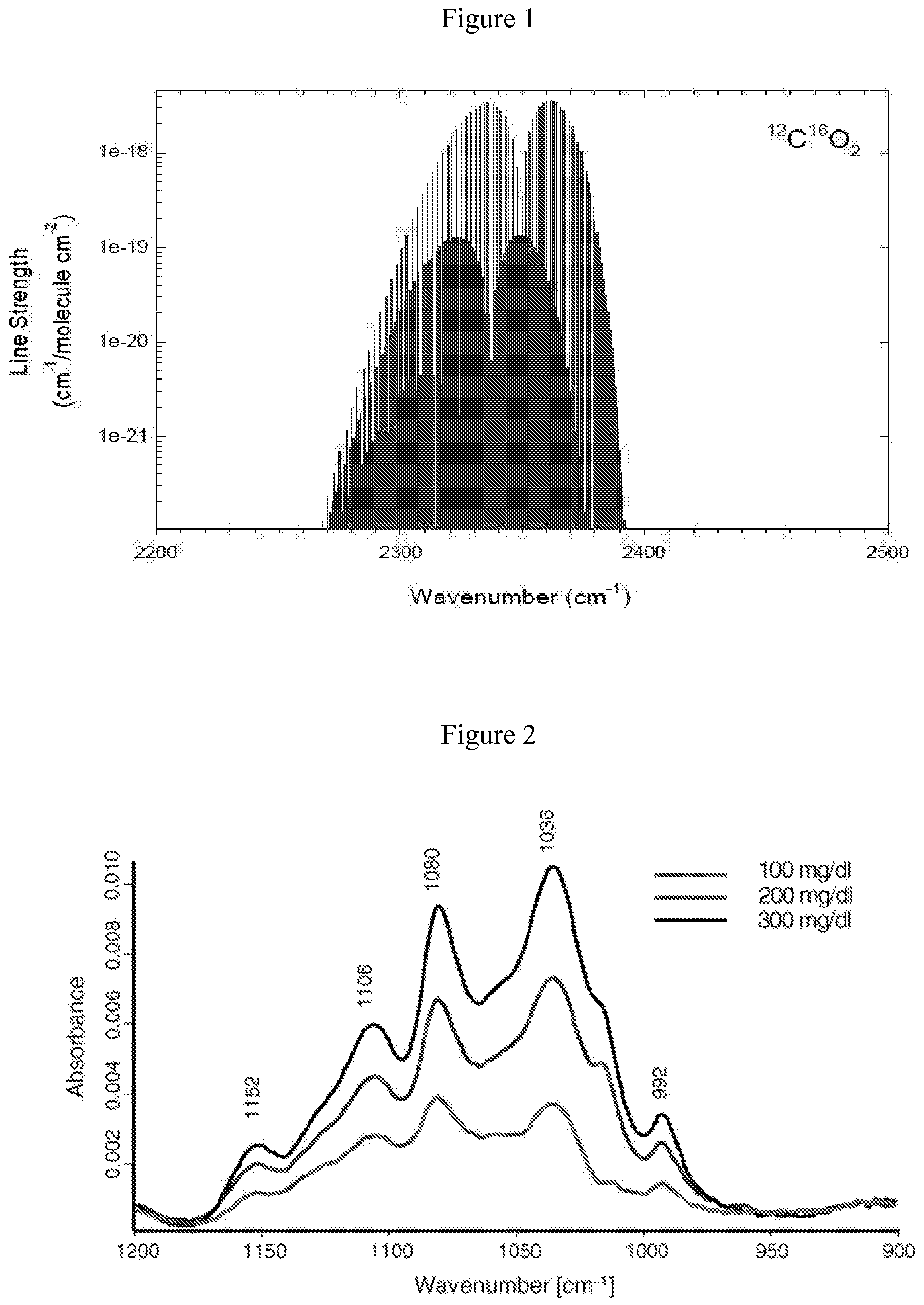 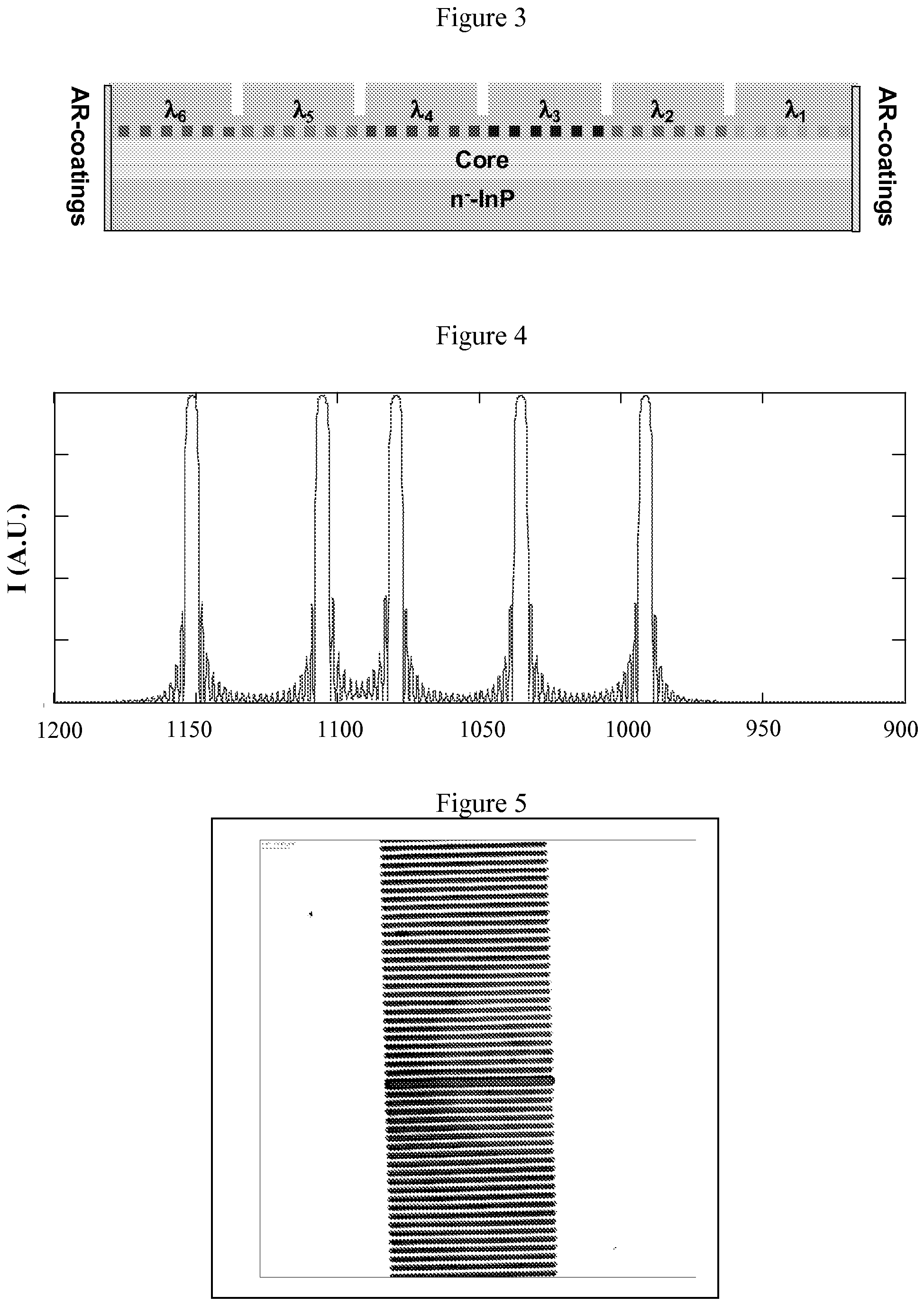 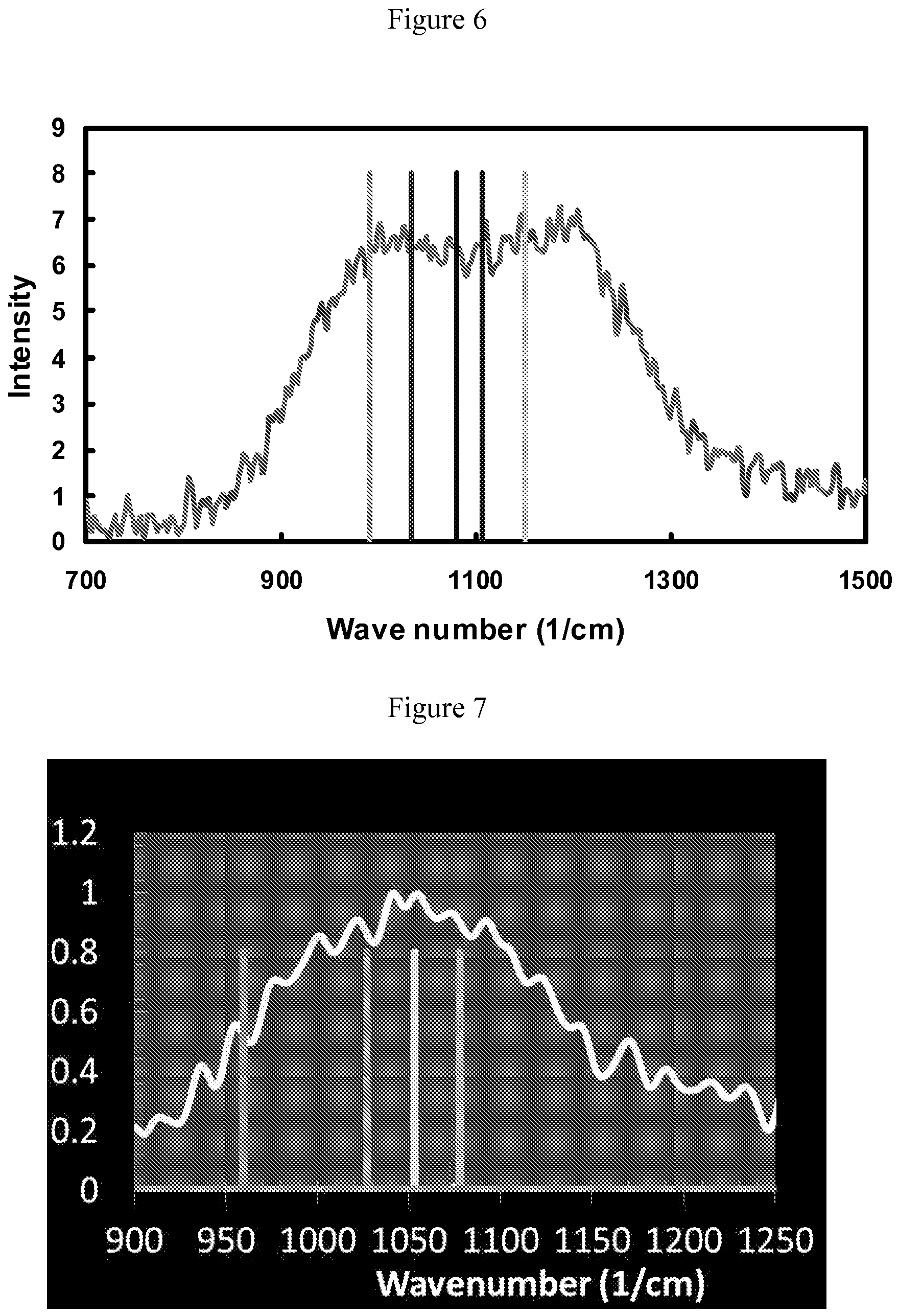 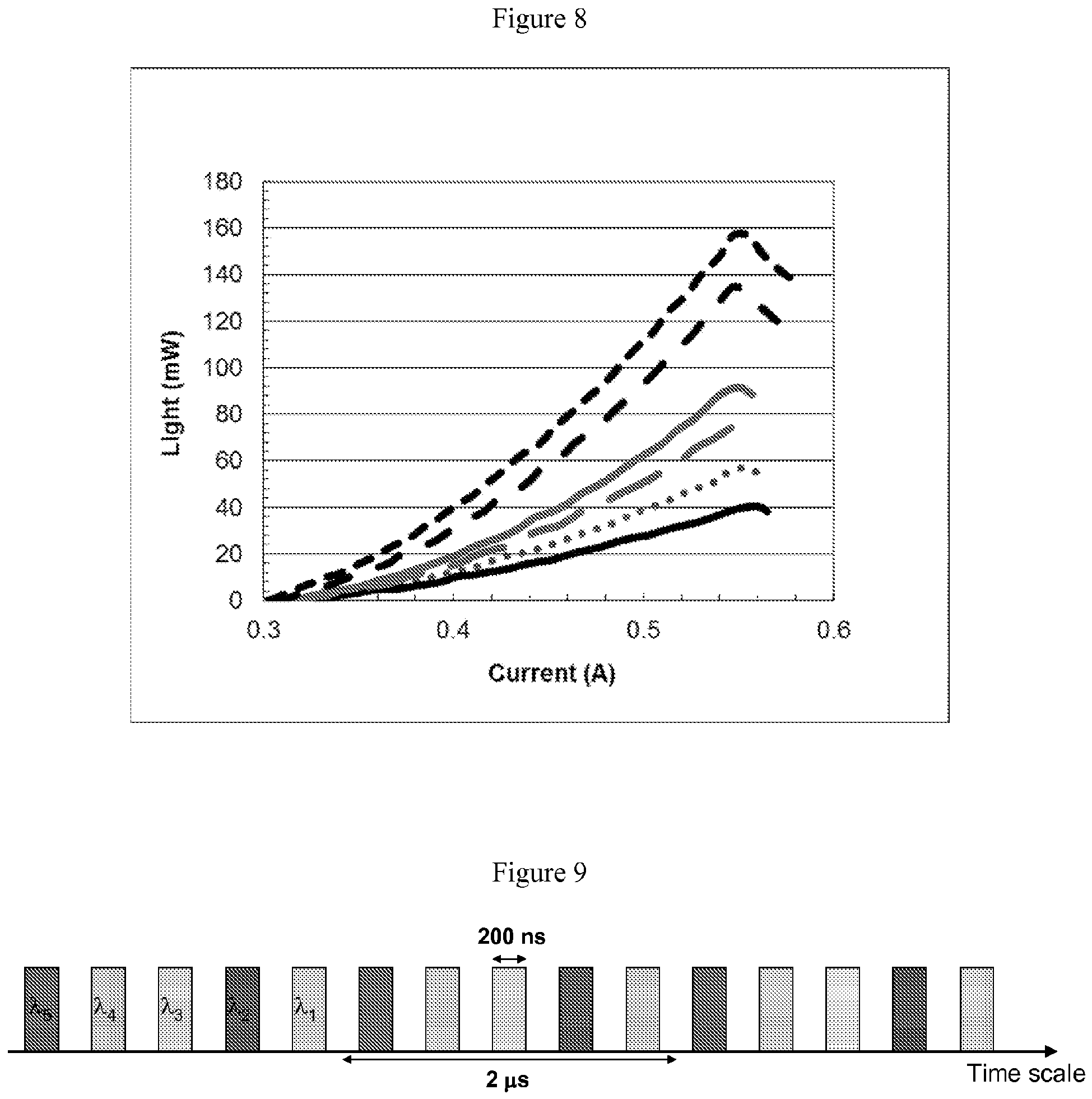