[0002] Undersea or submarine cables are used for a variety of purposes, most notably for carrying telecommunications data but also in some instances for carrying power. Most modern telecommunications cables are fibre optic cables and very long lengths of fibre optic cable may be used to carry large amounts of data.
[0003] Typically such subsea cables are deployed by deployed from a reel on a boat travelling on a desired route between the two land locations which the cable is connecting. The location of the boat is tracked as the cable is deployed so that a record of the path of the cable can be maintained.
[0004] A record of the path of the cable can be useful for several reasons. Submarine cables can be damaged or broken through the action of ships dropping or raising anchors onto the cable. Also cables can be entangled in the nets of fishing boats or the like. Such breakages can cause major outages in the services being delivered by the cables and can be very costly to repair. Thus in some instances it may be desired to designate areas around the path of the cable as areas where certain activities are restricted, e.g. no fishing areas or no anchoring zones.
[0005] Even with the precautions mentioned above breakages or damage can occur. Earthquakes have been known to damage cables, as have interaction of marine life, e.g. shark bites, or drifting objects such as submerged logs or abandoned anchors or the like. General movement of the cable, for instance due to tides or ocean currents can also cause abrasion of the cable against rocky parts of the sea bed leading to eventual damage or breakage. When such breakages occur the cable needs to be repaired and it is usual to splice a new section into the cable to replace the damaged or broken section. Clearly this involves locating the relevant section of fibre. In the case of a broken fibre optic cable the distance along the fibre optic can be determined by transmitting a pulse of light into the fibre and timing the return trip time for reflection from the broken end of the fibre. However it is necessary to know the path of the cable to locate the actual section of damaged cable.
[0006] Finally when planning laying of new cables it is useful to know the path of existing cables - either to allow different routing for deliberate redundancy or to allow the same path to be followed, for instance to reduce the area of the restricted zones described above.
[0007] As mentioned above the location of the ship deploying the cable may be plotted when laying the cable. However the cable may drift before settling on the seabed and thus the plotted location may not correspond to the actual cable location. Further the location of the cable may drift over time due to ocean currents or the like.
[0008] Also for some older cables there may be no existing plot of the exact path that the cable was laid on or it may be inaccurate.
[0009] It would therefore be useful to be able to accurately determine the location of subsea cables, at least in the relatively near vicinity of the shore where the risk of damage due to shipping activity is highest.
[0010] Also, as mentioned above damage to the cable may occur when motion of the cable due to normal tidal activity or oceans currents or the like causes the cable to rub against part of the sea floor. This can particularly be the case if the cable is running over a relatively rocky part of the seabed and makes contact at only a few points, i.e. the abrasion of the cable in concentrated in one spot. This may occur if the cable is deployed over a ridge in the rock of the seabed.
[0011] In some instances a different deployment of the cable would greatly reduce the amount of wear and tear experienced by the cable and thus provide an extended lifespan before damage or repair. Inspecting the deployment of the cable can however be a time consuming and expensive task involving divers or submersibles.
[0012] It would therefore also be useful to be able to monitor the cable for indicators of likely damage.
[0013] US2007/0264012 relates to locating or identifying waveguides by causing disturbances. US2011/0194107 discloses techniques for monitoring elongate structures by deploying an optical fibre along the structure and interrogating the fibre. US6148123 discloses a method of determining an optical distance along buried optical fibre by applying an intentional stress to the fibre in the form of a vibration signal which is synchronised with the timing signal. WO2011/058313 discloses techniques for determining a lateral offset of the source of an acoustic disturbance in a distributed acoustic fibre sensor. US5025423 discloses determining the identity of buried ocean cable using sonar.

[0049] The invention will now be described by way of example only with reference to the following drawings, of which:

Figures 3a and 3b illustrates a method of locating a subsea cable according to the present invention; and

Figures 4 and 4b illustrate a method of monitoring a subsea cable to detect possible damage.

1. A method of locating a cable (101) deployed within a body of water, the cable (101) having a first optical fibre (105) running along the length thereof to provide a distributed acoustic sensor comprising a plurality of longitudinal sensing portions (301, 302), comprising:

transmitting an acoustic stimulus into the body of water, and

detecting and processing the backscattered electromagnetic radiation from the distributed acoustic sensor from the plurality of longitudinal sensing portions (301, 302) of the first optical fibre (105) to determine the location of the fibre (105)

the method being characterised in that: the location of the first optical fibre (105) is determined by determining the relative time of arrival of the acoustic stimulus at the various sensing portions (301, 302) of the optical fibre (105); and
the acoustic stimulus is transmitted from a plurality of known locations, which are different from one another. 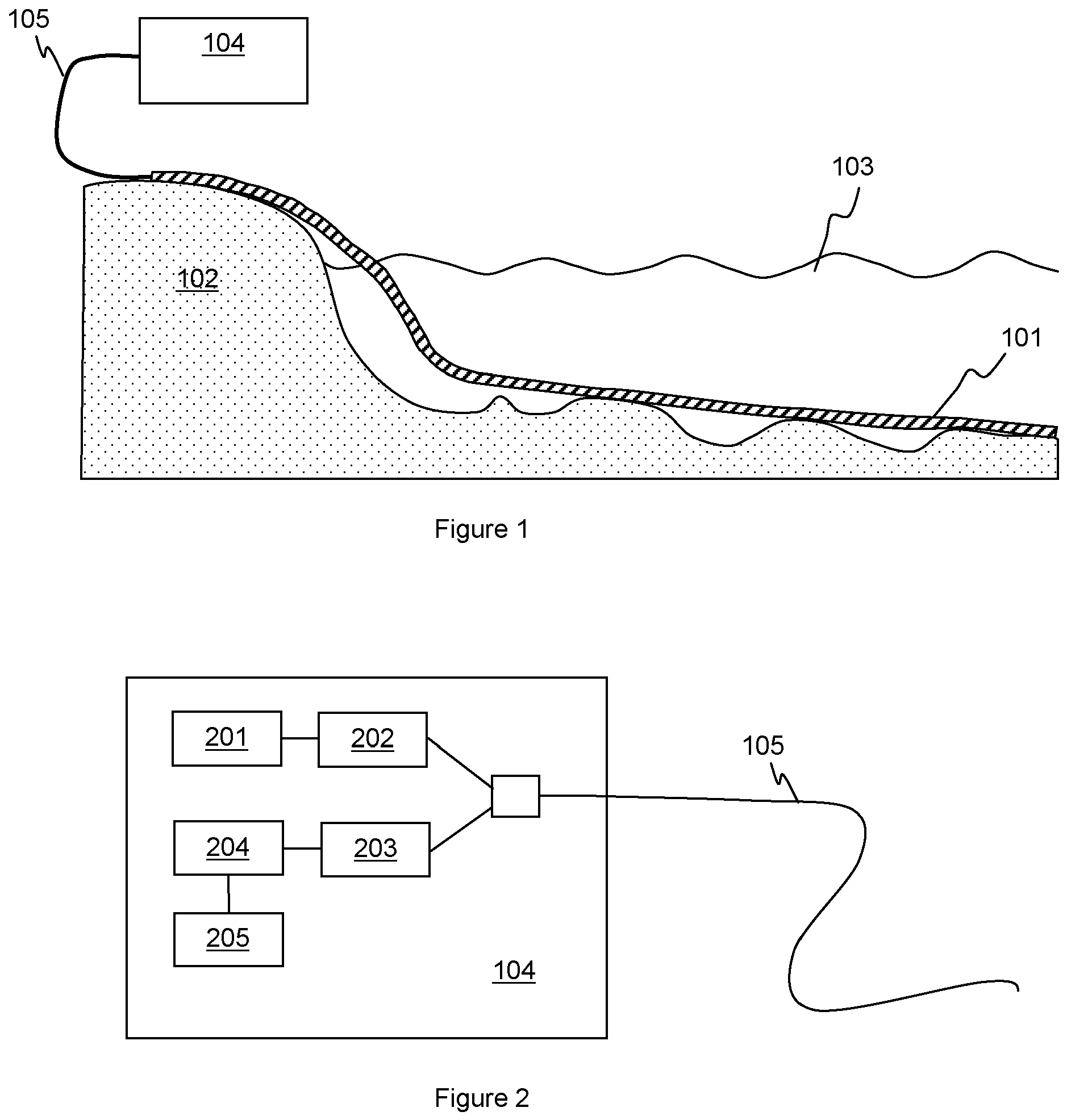 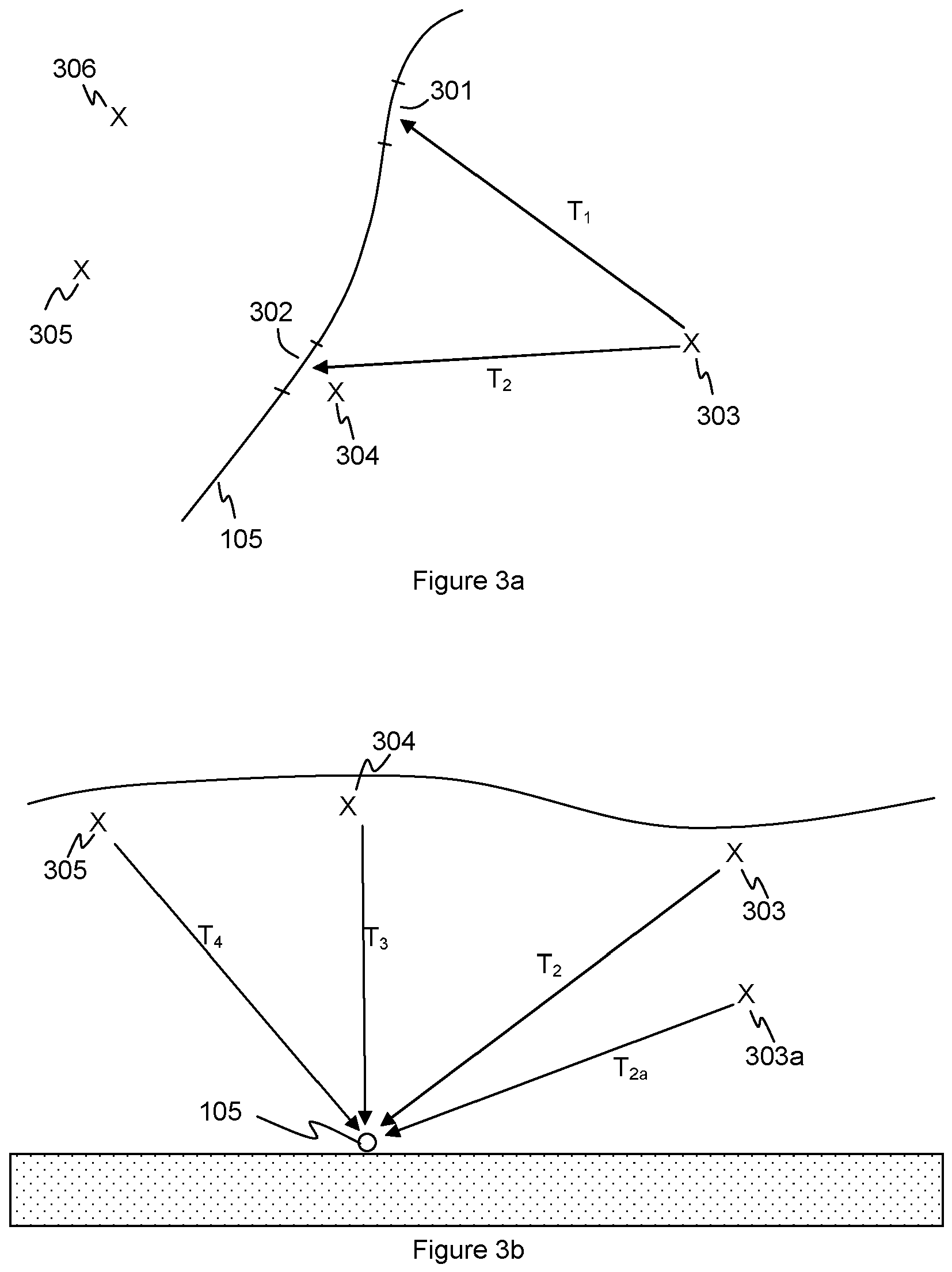 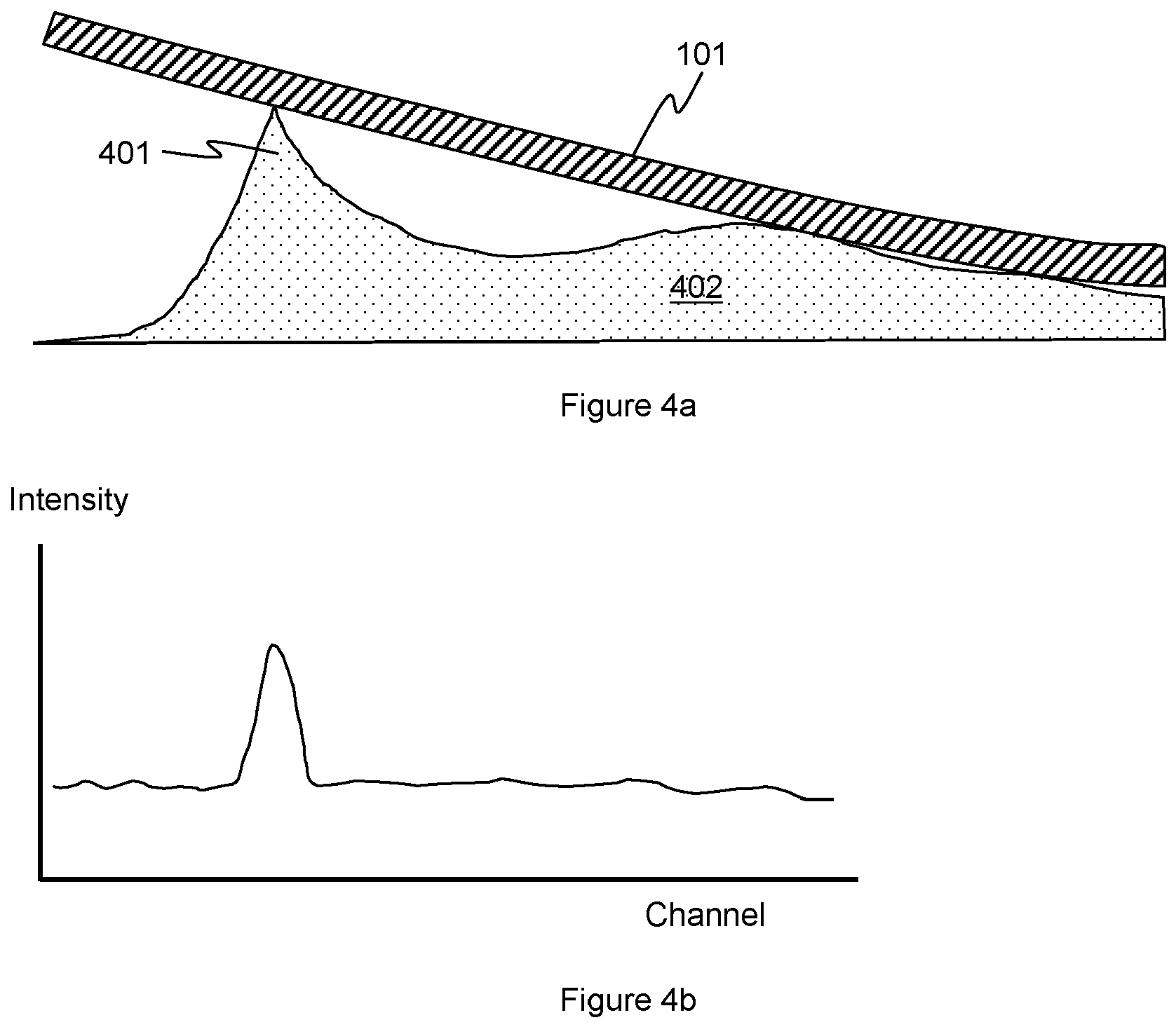