[0002] Today when using utility vehicles, such as a truck or a bus, there are some legislative demands that assist in reducing pollution. However, different engine types need different control parameters to optimize combustion. For instance a diesel-powered engine will need no system that detects misfiring, whereas an engine powered by alternative fuels will need such a system to optimize combustion. It is becoming more and more common to use engines powered by alternative fuels for utility vehicles and therefore also an increased need of systems that may detect other parameters than those needed to meet todays legislative demands for diesel engines, e.g. an increased need for detecting misfiring.
[0003] Detecting misfiring can be made in different ways. To meet this demand the control system of the vehicle has to be completed with a function for detecting misfiring. This can be both an expensive and an advanced procedure.
[0004] The document JP 2001050114 shows a method to detect misfiring in an engine powered by compressed natural gas. The method is founded on analysis of variables as rotational speed of the engine and a feedback of the air/fuel ratio. This is a typical example which will be both expensive and require an advanced procedure.
[0005] The document US 2008289600 shows a method for an engine to use two types of fuels with different octane numbers and ion current analysis is used to calculate the combustion timing such that the fuel mix to each cylinder may be adjusted from this calculation. The document also suggests that misfiring may be detected by a sensor signal from the rotational speed or by measurement of temperature and oxygen concentration in the exhausts through existing sensors in the engine. However, this method inherently comes with some disadvantages, e.g. that it is a complex system in need of a multiplicity of different sensors supplying a complex set of signals, i.a. leading to a risk for misinterpretation of combinations of the signals.
[0006] Many control system are known that use ion current sensing to detect different aspects and to control combustions parameters. From US 20030200023 (D2) and US 20030209211 (D3) there are known such a systems, which however do not present any solution how to also handle misfire detection in a reliable manner. US 6,298,717 (D4) presents another system which suggests the use of a ion sensing in combination with revolution data, depending on operation conditions, implying a complex mode of functioning. "Kaiadi, M. Diluted Operation of a Heavy-duty Natural Gas Engine. Aiming at Improved Efficiency, Emissions and Maximum Load. Doctoral thesis. Division of Combustion Engines. Department of Energy Sciences. Faculty of Engineering. Lund University. Doktorsavhandling. Januari 2011." (D1) describes another known system using ion current sensing as one of many means to optimize combustion, but it does not provide any reliable solution regarding how to detect misfires using ion current in diluted SI-engines. US 2004/083717 A1 and DE 199 53 710 A1 represent further relevant art concerning ion current diagnosis during diluted operation.

[0007] It is an object of the present invention to improve upon the situation described above, which is obtained by an engine in accordance with claim 1.
[0008] Thanks to this invention a reliable and relatively inexpensive way is obtained for providing engines for utility vehicles, powered by alternative fuels to obtain optimized control of combustion, e.g. to more easy fulfill the legislative demands regarding emissions.
[0009] According to another aspect of the invention it gives the advantage that an engine built in accordance with the invention may be cost-efficiently converted from diesel to alternative fuels.
[0010] According to the invention said built-in function comprises a combination of ion current information and information about discharge current and/or spark-over voltage that covers detection of misfiring in more reliable and easy manner than feasible with known systems.

1. Engine for a utility vehicle using alternative fuel from the group of alcohols or gas, comprising an engine (5) including an engine block (5A) having a total cylinder volume of at least 3 dm3, a spark generating means (1) and an engine management system (2) including an analyzing means and an ignition control system (20), arranged to control combustion of said engine (5) and enabling misfire detection by means of a sensor device (4) providing information to said control system (20), and wherein said combustion includes means for diluted operation in the form of exhaust gas recirculation (EGR) to fulfill the legislative demands regarding emissions, wherein said sensor device (4) includes an ion sensing measurement means (40) arranged to measure an ion current in said engine (5) wherein input from said ion sensing measurement means (40) to said engine management system (2) is arranged to control the recirculated amount of the exhaust gas recirculation (EGR) and that said ignition control system (20) has a built-in function to detect misfiring through an analysis of the ion current of the engine (5) during combustion, wherein said built-in function further comprises means arranged to provide information about discharge current and/or means arranged to provide information of spark-over voltage, wherein said spark generating means (1) comprises a plurality of coils (11), each connected to a cylinder and a power supply (14), divided by a primary switch (13) so that only one coil (11) and cylinder at a time can be active to generate a spark in a spark plug (12) of said active cylinder, and wherein said ignition control system (20) includes a coil select switch (44) arranged to allow a signal (72) of a specific coil (11) to reach the analyzing means of said engine management system (2) during a section of a revolution, to obtain optimized combustion control of said engine (5).
2. Engine according to claim 1, characterized in that said engine (5) includes an engine block (5A) having a total cylinder volume of at least 5 dm3, more preferred at least 7 dm3.
3. Engine according to any of claims 1-2, characterized in that said means for diluted operation allows for peak values allowing at least 10 % of diluted gas, preferably at least 15 %.
4. Engine according to any of claims 1 - 3, characterized in that said built-in function comprises measures for detection of a combination of ion current information and information about primary current/voltage.
5. Engine according to any preceding claims, characterized in that said alternative fuels comprises natural gases like LNG (liquefied natural gas), CNG (compressed natural gas) and SNG (synthetic natural gas).
6. Method of building an engine, including the features as defined in any of claims 1- 5, characterized in that said engine (5) is built by using a modular engine construction system enabling use of common basic parts both for diesel and alternative fuels, wherein said basic parts, includes at least the engine block (5A) and some basic parts of the engine management system (2), irrespective if the engine is to be powered by diesel or an alternative fuel.
7. Method according to claim 6, characterized in that said engine management system includes a housing equipped with input connections for an ion sensing means (40).
8. Method according to any of claims 6 and 7, characterized in that said built-in function includes an analyzing arrangement enabling detection of events from more than one cylinder during one revolution. 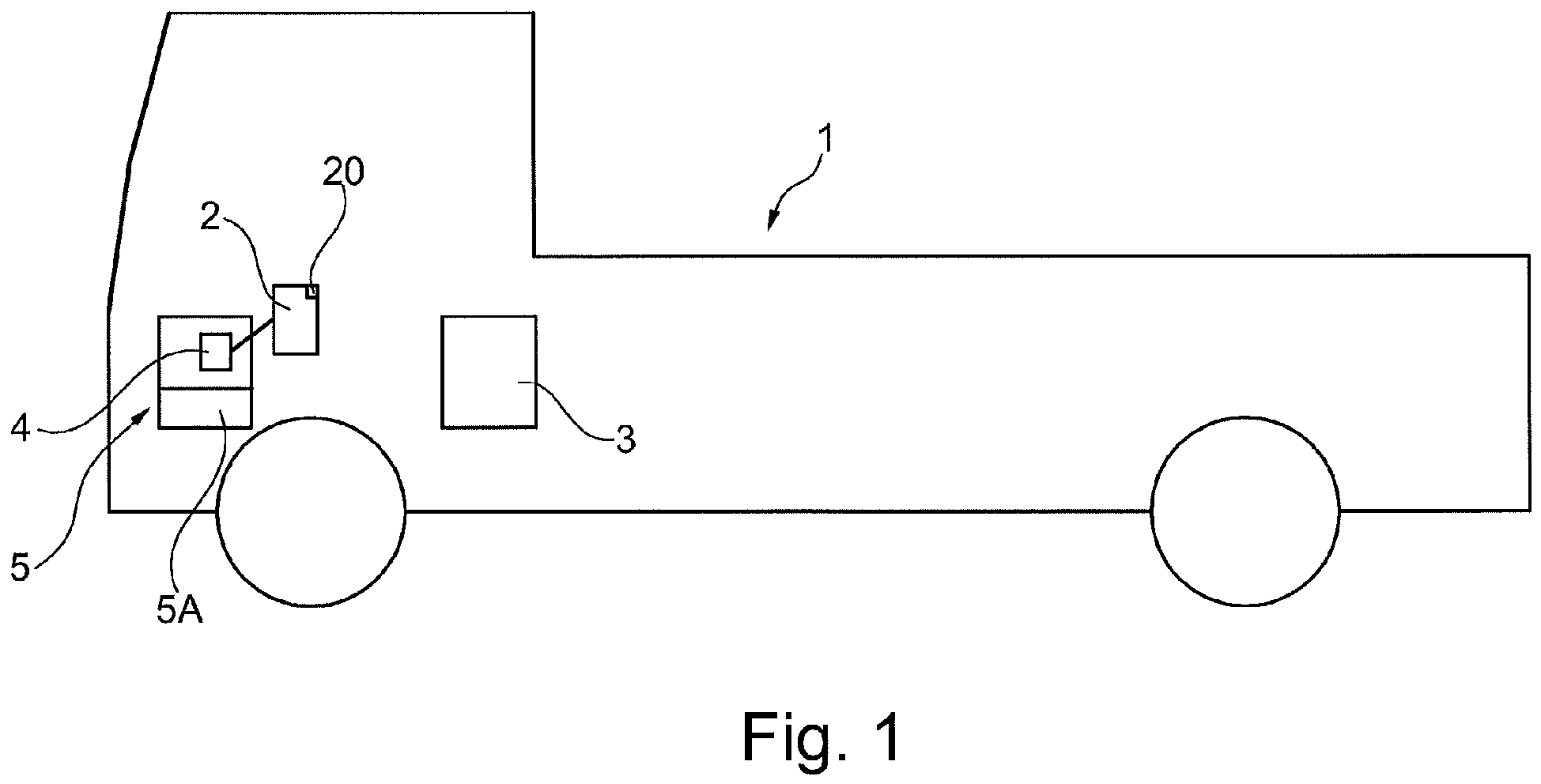 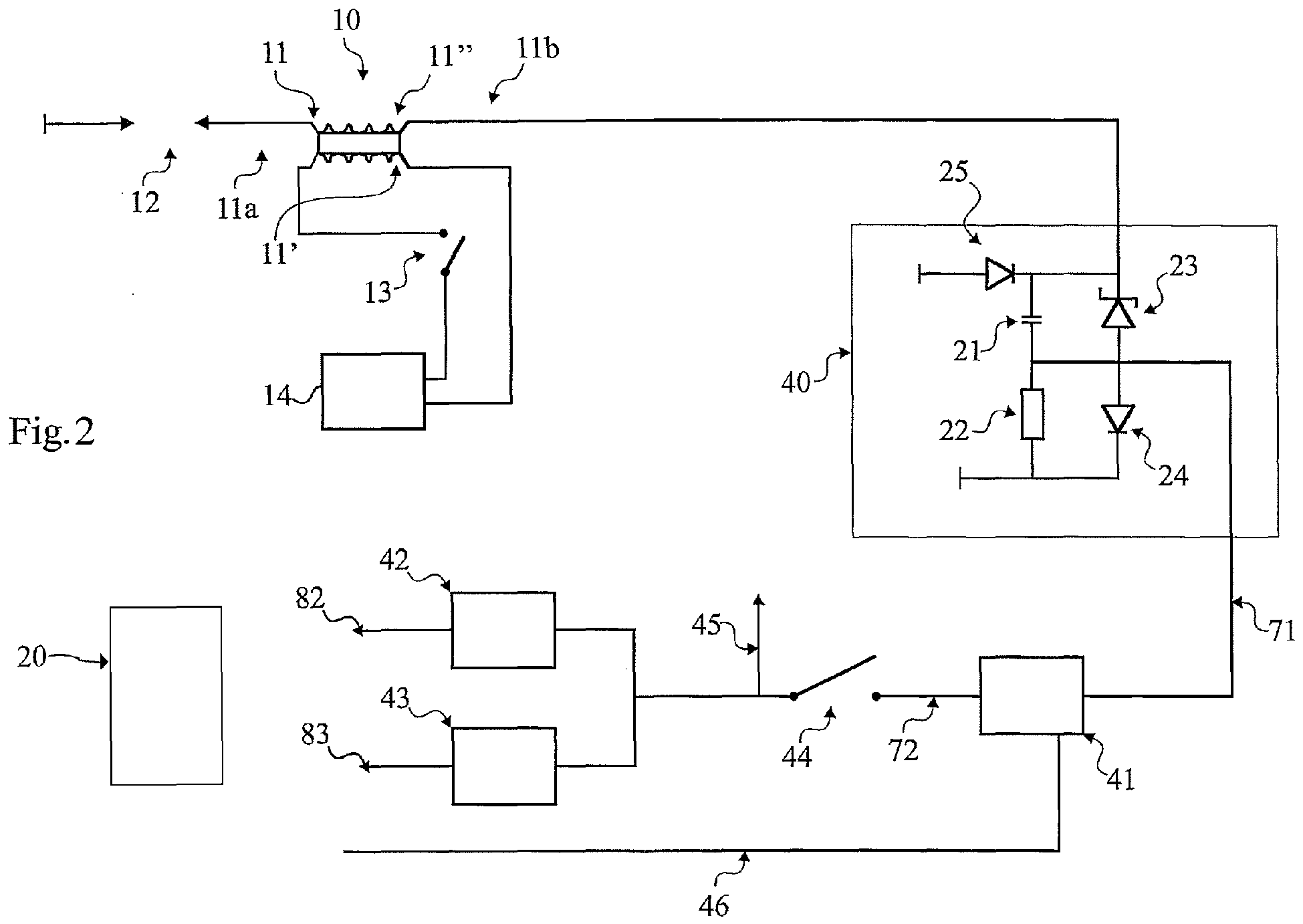