[0001] The present invention relates to a carousel labeling machine and a supporting carriage of a labeling station, according to the preamble of claim 1 and known from WO 2011/027372 A1. It is known that there are carousel labeling machines in which the labeling stations are supported by respective carriages provided with wheels that are moved closer to the machine at adapted seats and are locked therein;. In this manner it is possible to provide a machine with a plurality of labeling stations, designed for example to apply multiple differently arranged labels on each one of the containers that are present on the carousel, but it also possible to provide a same machine with different labeling stations, such as for example stations provided with pre-adhesive labels or with adhesive bonding devices with hot- or cold-setting glue, thus providing a considerable cost saving.
[0002] The system for locking a carriage to the corresponding seat has various embodiments, and for example one very simple solution has been protected by this same Applicant with WO2013/007317 A1 (PCT/ EP2011/069446) published on 17.01.2013. However improvements are needed and thus the aim of the present invention is to provide an improved carousel labeling machine.
[0003] This aim is achieved by a machine as defined in the appended claims.
[0004] Further characteristics and advantages of the invention will become better apparent from the description of a preferred but not exclusive embodiment of the invention, illustrated by way of non-limiting example in the accompanying drawings, wherein:

Figure 1 is a side view of a supporting carriage of a labeling station moving toward the corresponding seat provided on a labeling machine;

Figure 3 is a view of the situation when the carriage has made final contact with the corresponding seat, but is not locked yet;

Figure 4 is a view of the carriage locked with respect to the seat, in the situation in which the corresponding labeling station is ready to operate.

1. A carousel labeling machine and a supporting carriage (1) of a labeling station (2), the carousel labeling machine comprising a plurality of peripheral seats (5) which are each adapted to accommodate said supporting carriage (1) of a labeling station (2) which is provided with two front and two rear wheels (3a, 3b, 4) for resting on the floor and for allowing an approach of the carriage (1) to said seats (5), each seat (5) being supported integrally by the structure (6) of the carousel and comprising means adapted to lock a carriage (1) in such a position as to ensure the correct application of the labels to the containers (8) that are present on the carousel by the labeling station (2) mounted on said carriage (1), wherein the seats (5) are provided with locking means which are adapted to provide the condition by way of which the carriages (1) are locked in each seat (5) in an identical position with respect to the carousel, so as to ensure the possibility of interchange of carriages (1) among the various seats (5), characterized in that:

- each seat (5) comprises a substantially horizontal plate (14) which is shaped appropriately so as to penetrate between the two cylindrical tabs (10a, 10b, 11a, 11b) which form respectively the front pair and the rear pair, so as to ensure that the carriage (1) has the correct radial position with respect to the carousel when it is pushed by an operator, a slider (16) being present on said plate (14), having means (18) for movement at right angles to said plate (14) and supporting two hooks (19a, 19b), which are adapted to make contact with the two wheels (12) which are fixed to the carriage (1), so as to cause the lifting thereof from the position in which all the wheels (3a, 3b, 4) are in contact with the floor to a preset height with the front wheels (3a, 3b) raised from said floor. 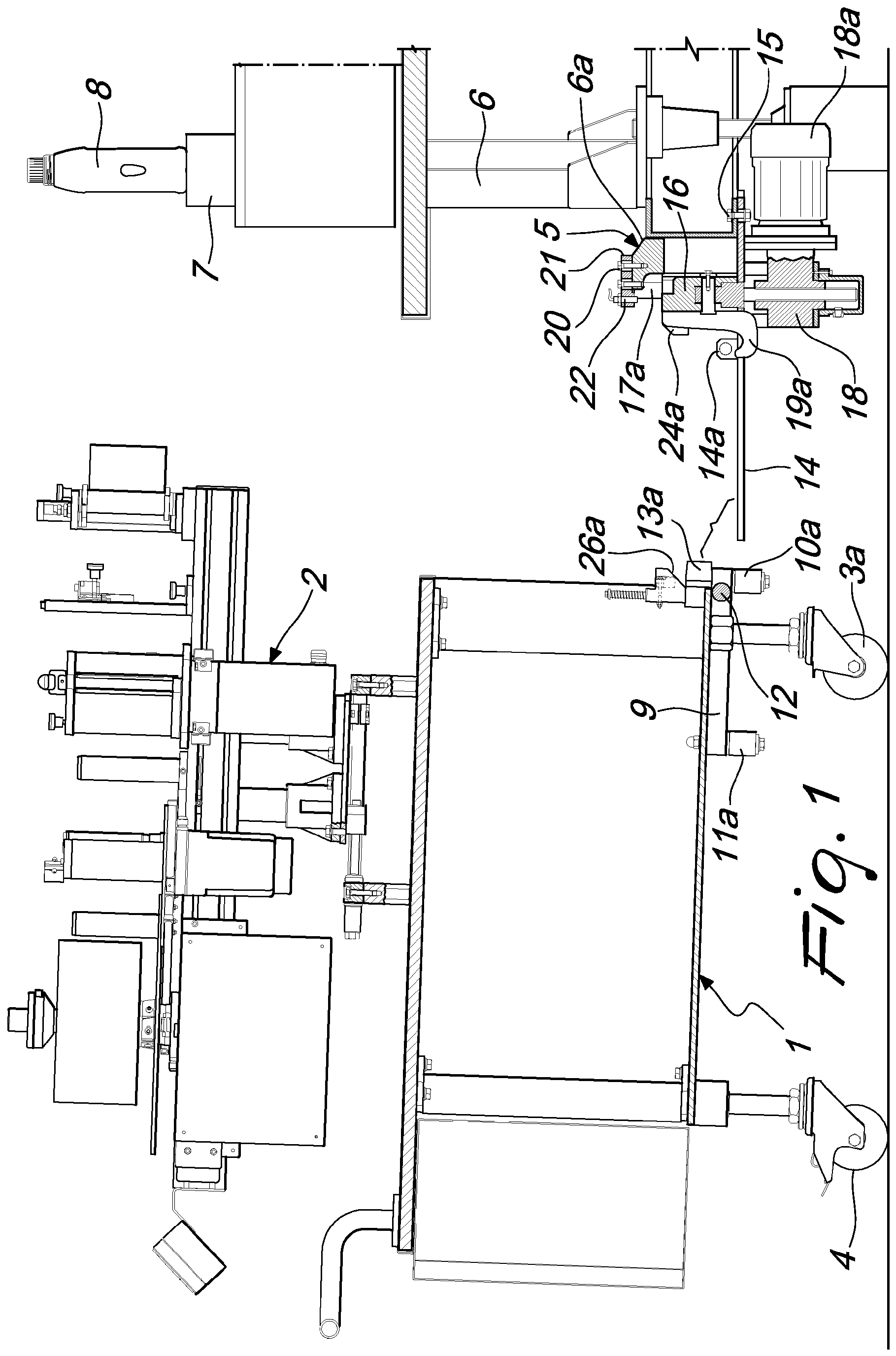 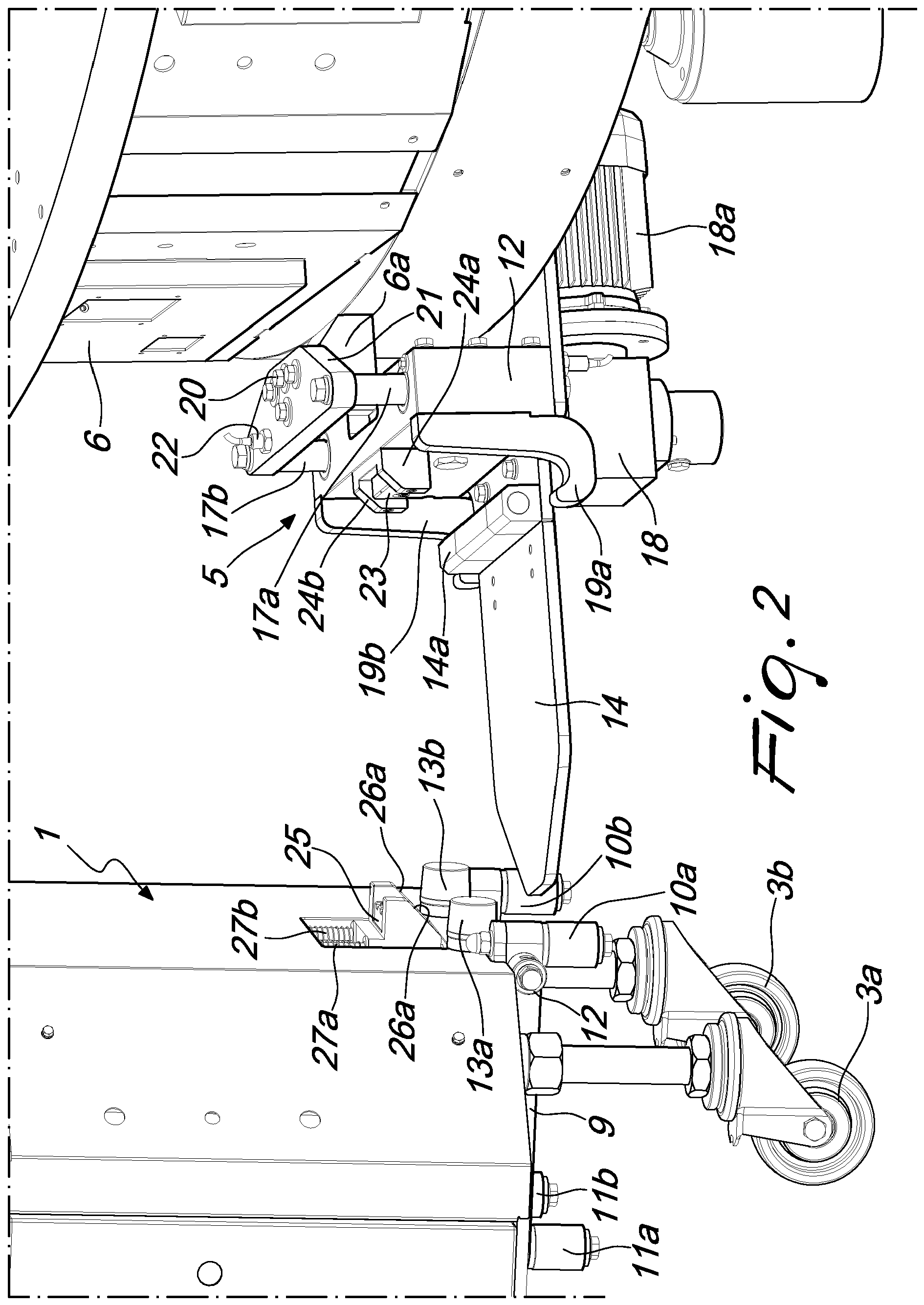 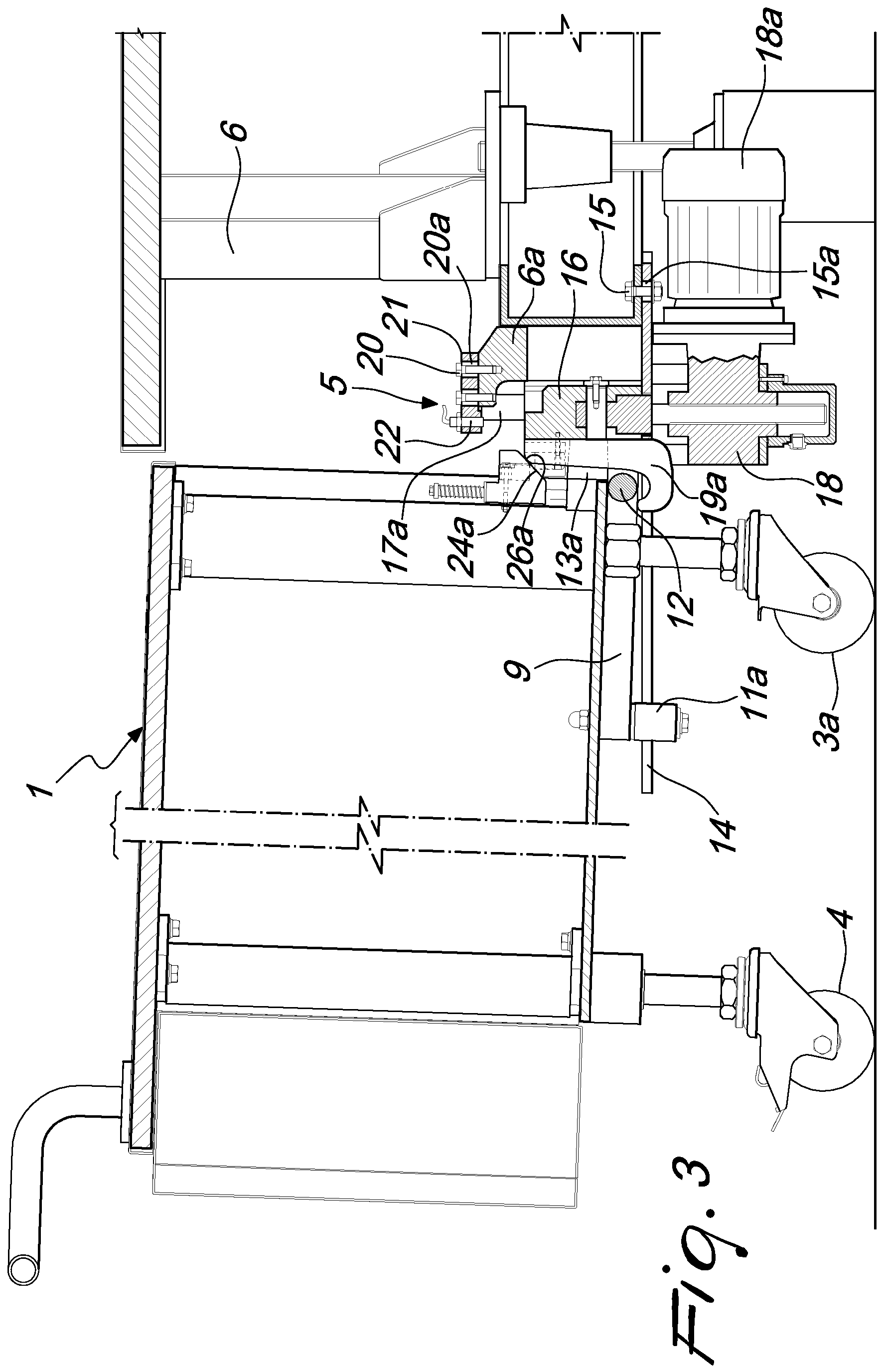 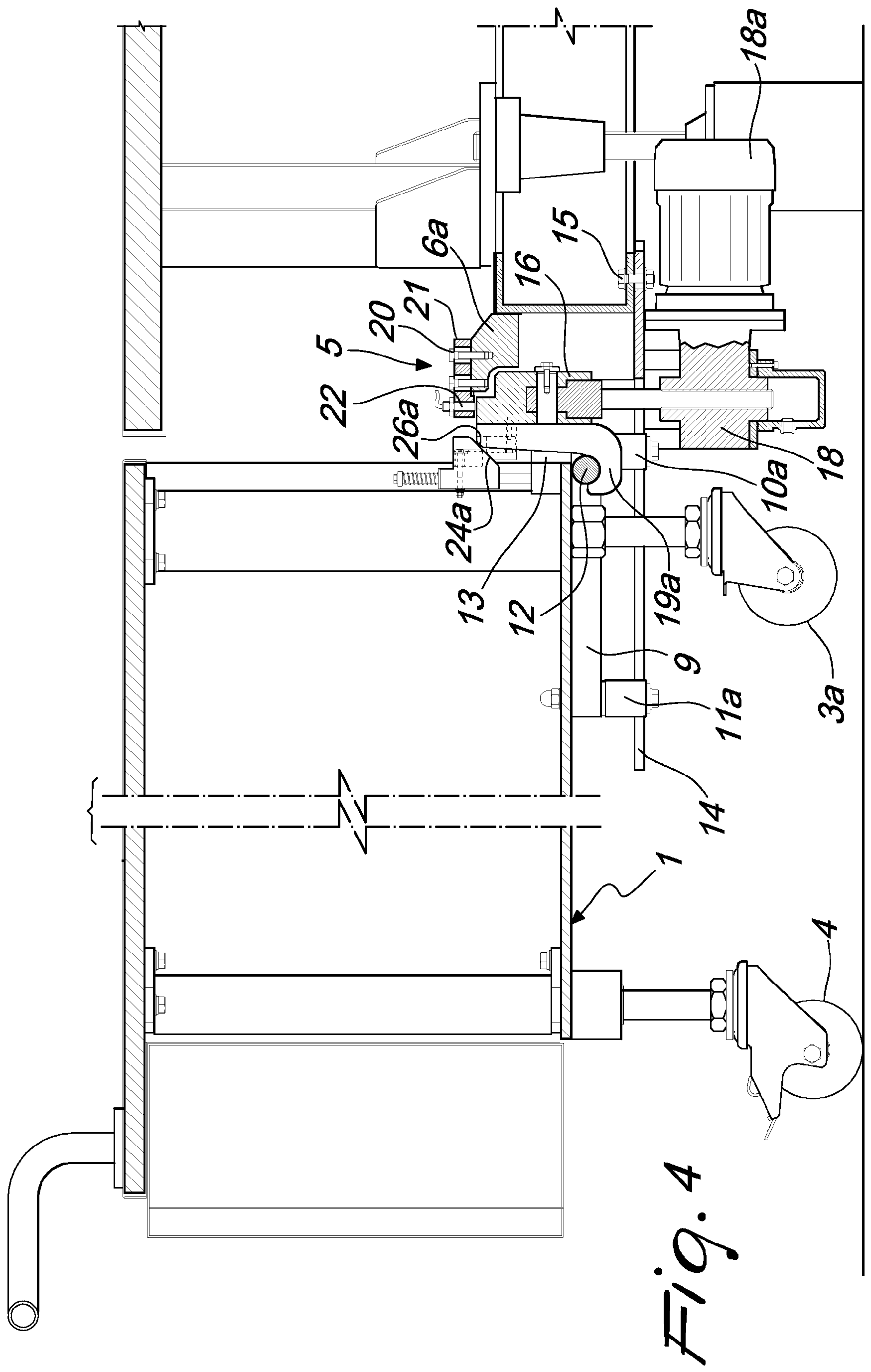