[0003] The present invention relates to a pipe assembly in accordance with claim 1.
[0004] In accordance with one embodiment of the invention, pipe sections are provided for threadable connection, which are of small wall thickness, which have high axial and bending resistance, and which provide good fluid sealing. The pipe sections each have a thread of small axial length with long gaps between the thread ends and the abutments at the ends of the pipe sections.
[0005] The pipe sections are sealed together by nibs that are each formed at the end of one pipe section and that lie in a groove formed at the end of the mating pipe section. Each nib extends 360° about a circle, and each groove extends in a circle, about the pipe axis. For good sealing, the nibs fit with an interference fit into the grooves. Each nib is sequentially deflected into alignment with a groove by a tapered pipe internal wall leading to a radial abutment surface, so as the pipe sections become fully mated, the radial interference abutments deflect the nibs and grooves into accurate alignment.
[0006] The novel features of the invention are set forth with particularity in the appended claims. The invention will be best understood from the following description when read in conjunction with the accompanying drawings.

Fig. 1 is a sectional side view of the mated end portions of pipe sections of a pipeline, showing only one side of the cross-section as taken along the pipeline axis.

Figs. 2-5 are sectional views of a portion of the pipeline of Fig. 1, showing how a nib is aligned with a groove during mating of pipe sections.

said spaces of lengths E, F are each more than 25% of the total length (M) of said distance L plus said lengths E plus F. 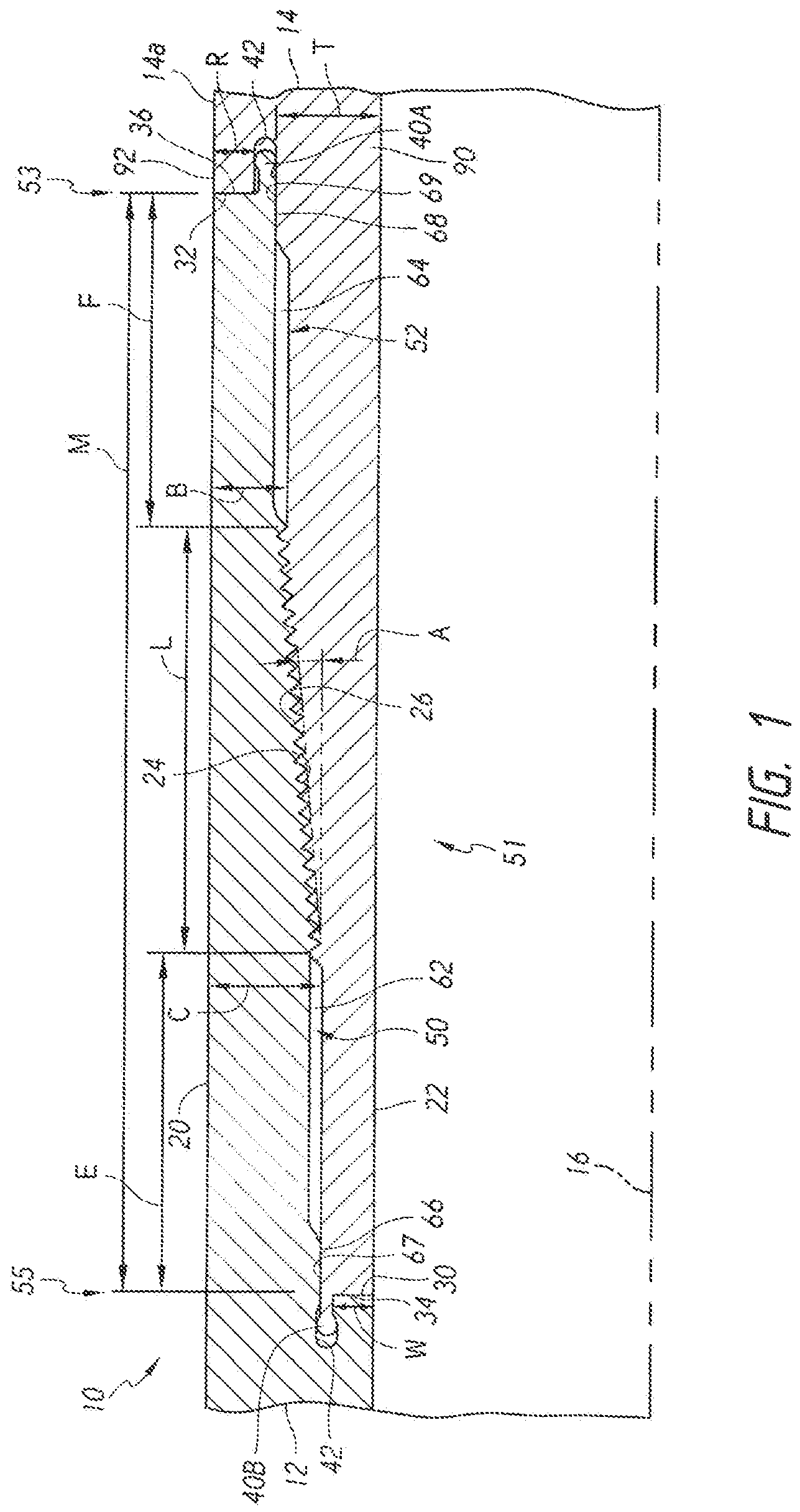 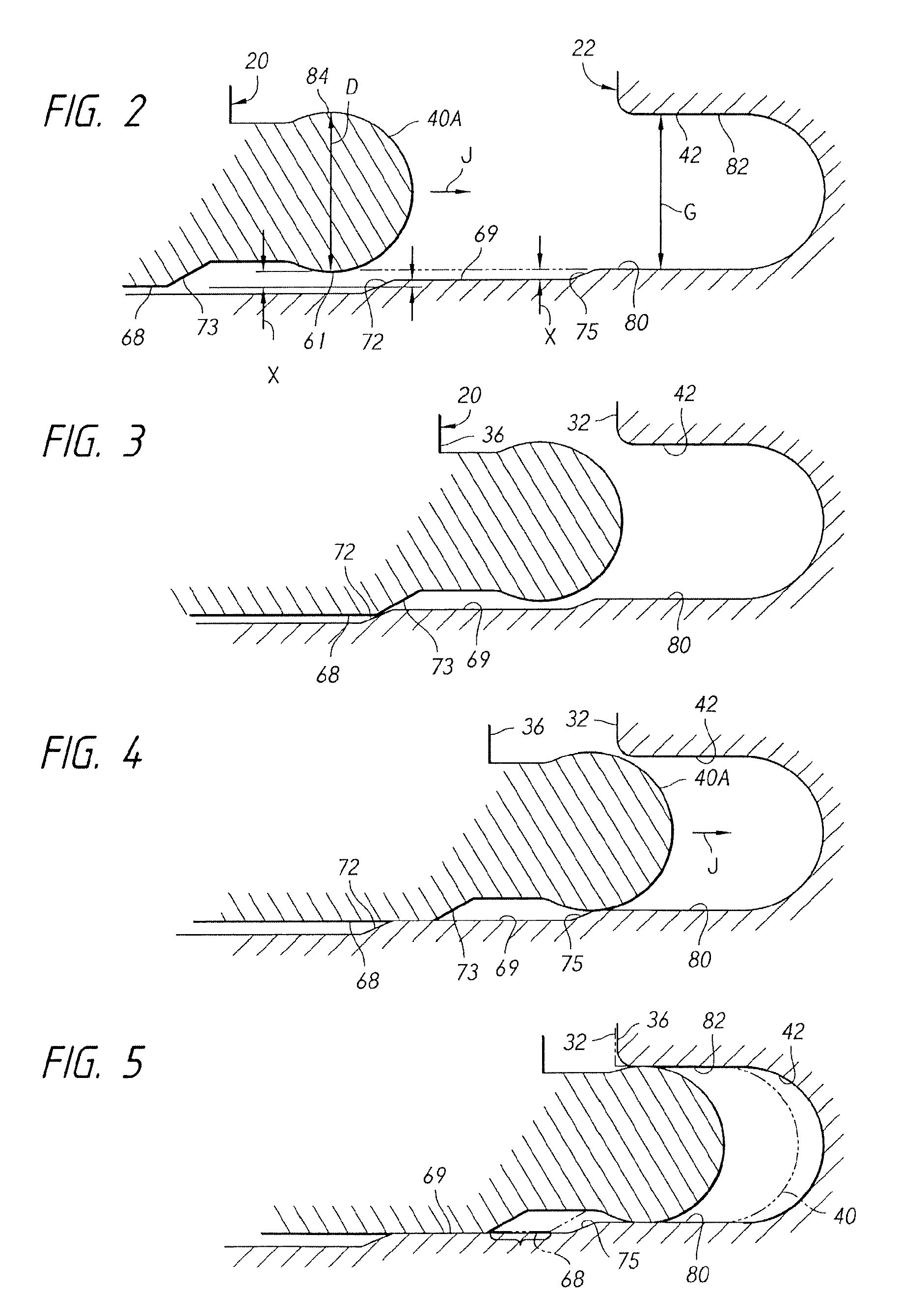