[0001] The present disclosure relates generally to using an avatar in a videoconferencing system. The present disclosure more specifically relates to detecting the presence of a user in a video stream and representing the user as an avatar.
[0002] Videoconferencing generally involves combining a video stream with an audio stream, to allow users to see and hear one another. For example, a videoconference may be initiated between a user in Tokyo, Japan and a user in Rockford, Illinois. Each user may operate a videoconferencing device that includes a camera, a microphone, a display and a speaker. Video captured via the camera at one device may be transmitted to the other device and presented on that device's display. Similarly, audio captured via the microphone at one device may be transmitted to the other device and played via that device's speaker. Such a system allows a user in one location to converse with the remote user as if the remote user were located in the same room.

[0005] The details of one or more implementations are set forth in the accompanying drawings and the description below. Other features, aspects, and advantages of the disclosure will become apparent from the description, the drawings, and the claims.

FIG. 1 is an illustration of an example computer system;

FIG. 2 is an illustrative flow diagram of a process for using an avatar in a videoconferencing system;

FIG. 3 is an illustration of a videoconference being initiated, according to various implementations;

FIG. 4 is a schematic block diagram of a processing circuit configured to initiate a videoconference;

FIG. 5 is an example illustration of an electronic display in a videoconferencing system showing a background graphic and avatar; and

FIG. 6 is an example illustration of an electronic display in a videoconferencing system showing multiple windows.

1. A method for initiating a videoconference comprising:

analyzing, by the processing circuit, the video data to detect (204) the presence of a user (102);

further analysing the video data to detect movement of the user;

receiving a request from the remote device to initiate the video conference; and

wherein the determining the avatar to represent the user further comprises:

identifying other users participating in the videoconference; and

selecting the avatar from a plurality of avatars based on the identified other users in the videoconference.

analyzing the video data to identify the user; and

determining the avatar to represent the user based in part on the identity of the user.

3. The method of claim 2, further comprising:

retrieving the user's actual name or screen name from user profile data associated with the identified user; and

providing the user's name or screen name as part of the display data for displaying with the avatar on the display.

4. The method of any of claim 2, further comprising:

analyzing, by the processing circuit, the video data to determine the presence of a second user;

analyzing, by the processing circuit, the video data to identify the second user; and

selecting a second avatar (606) based in part on the identity of the second user;

wherein the display data is further configured to cause the remote device to display the second avatar on the display. 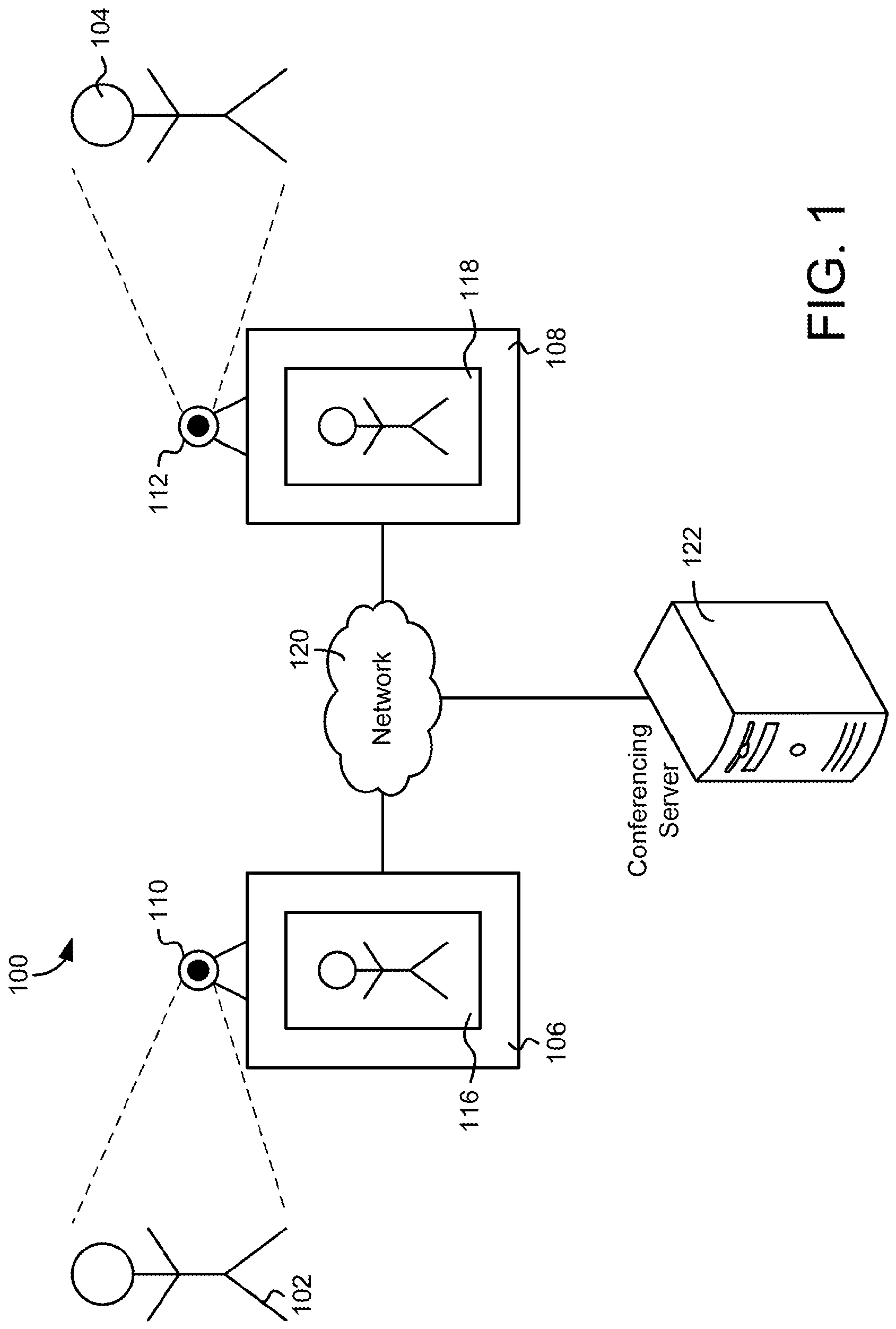 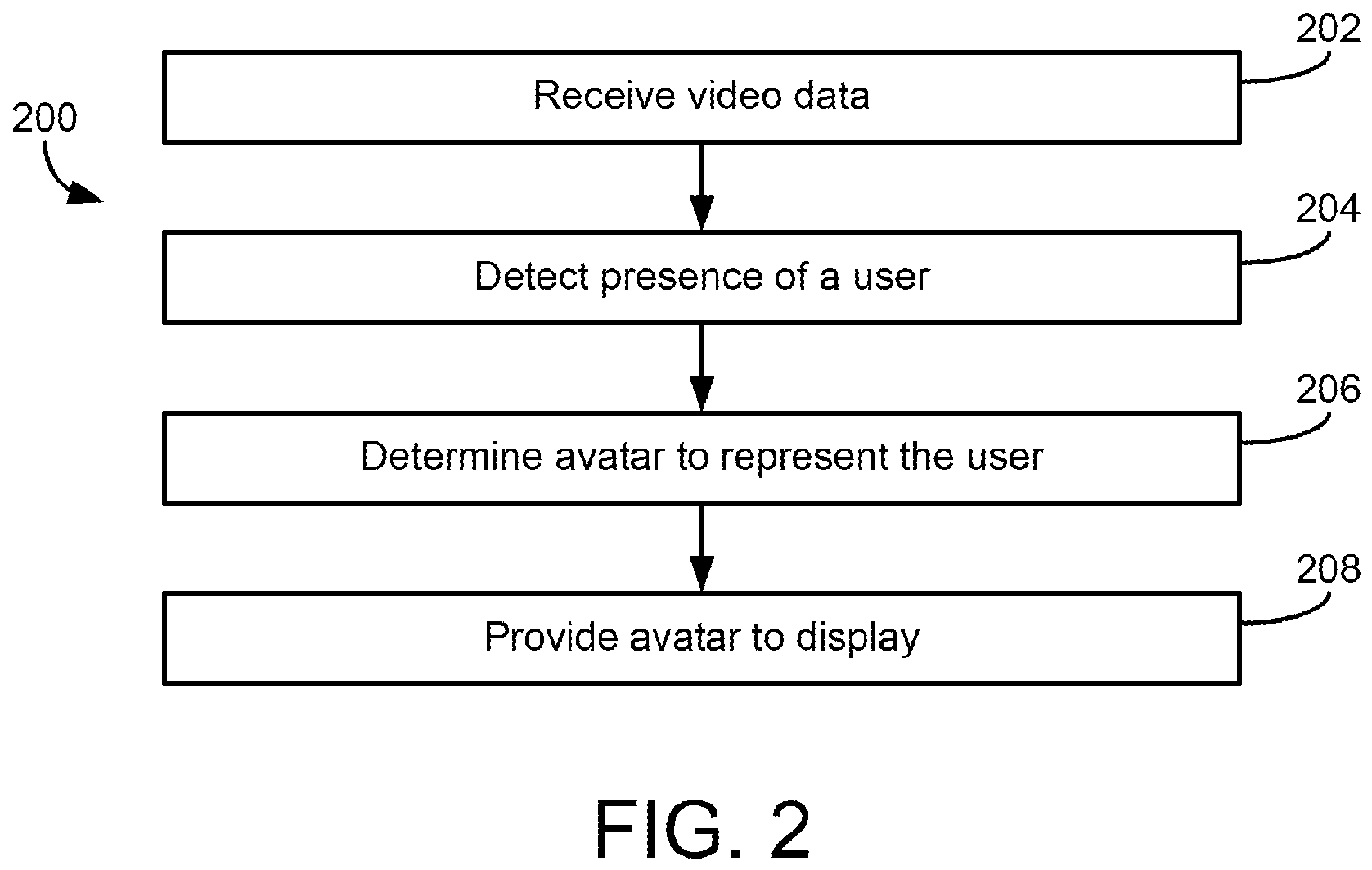 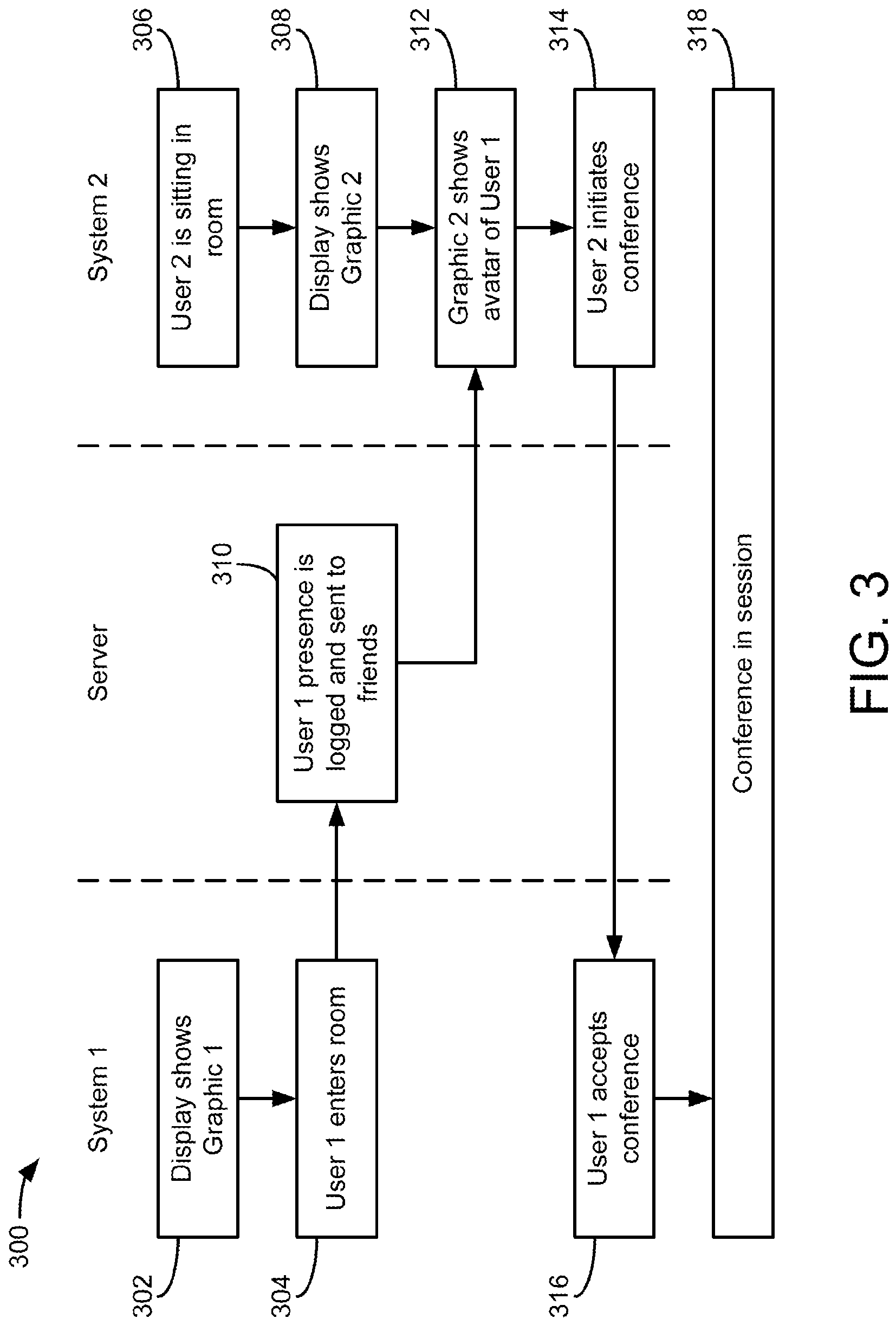 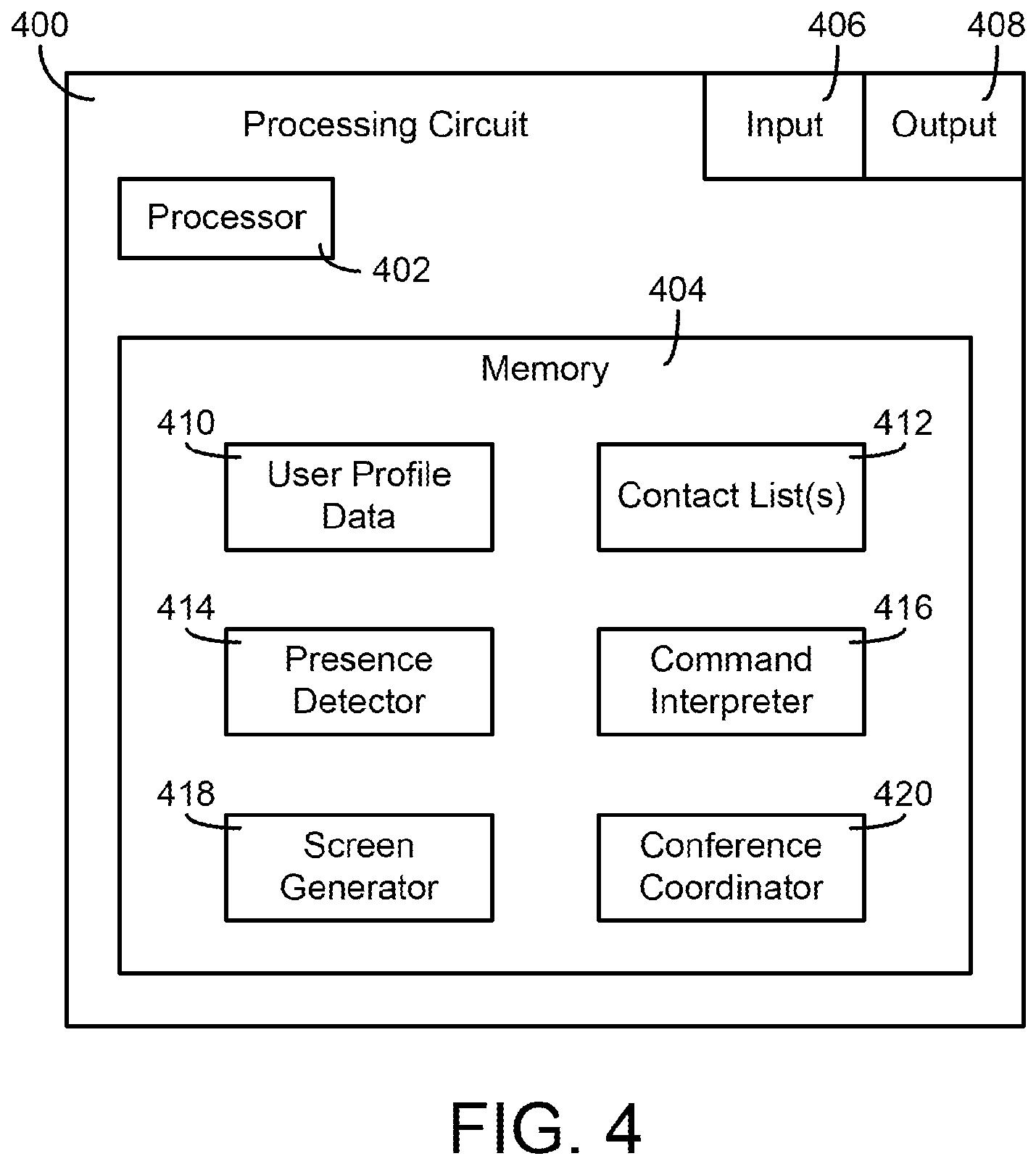 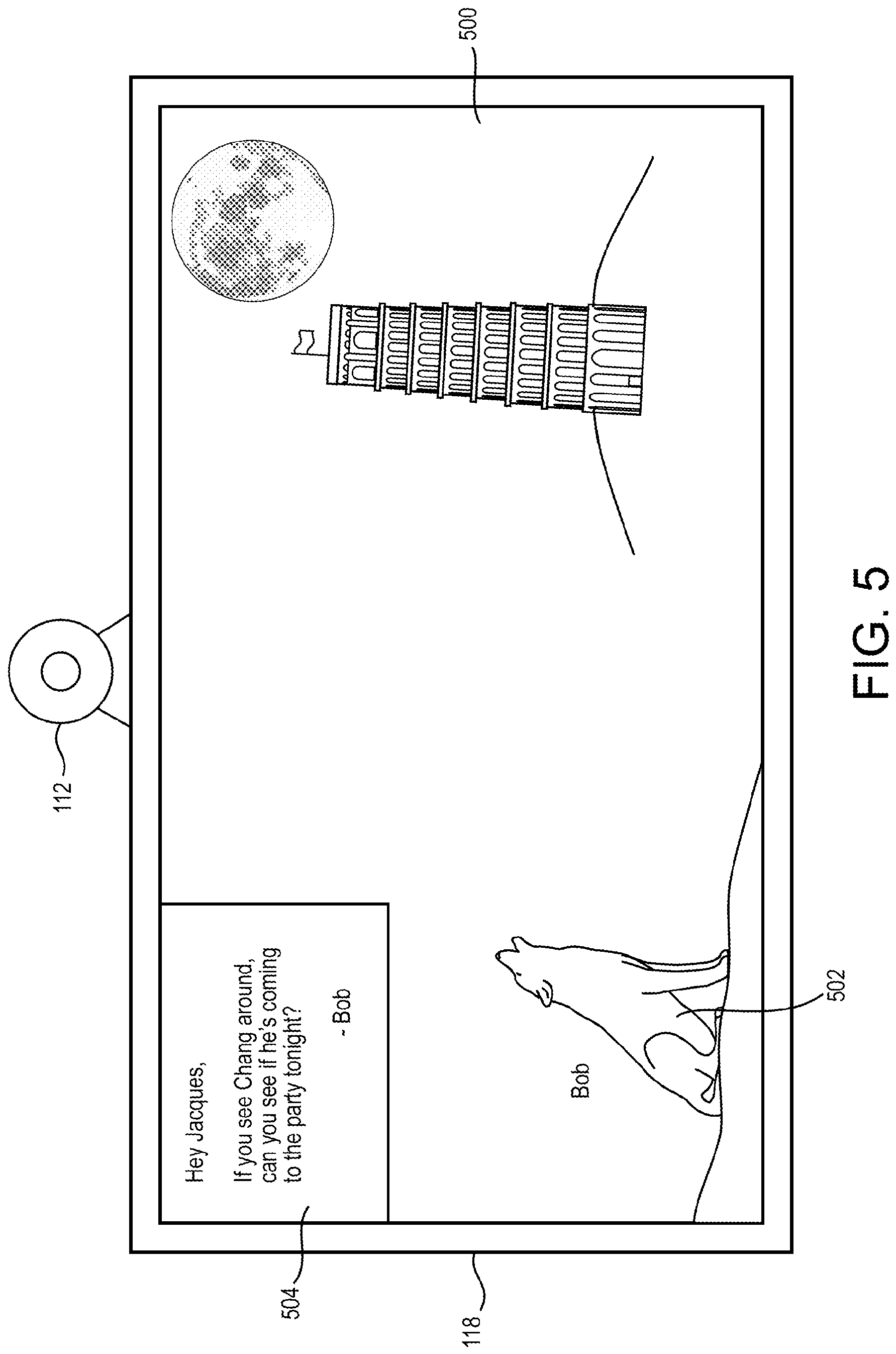 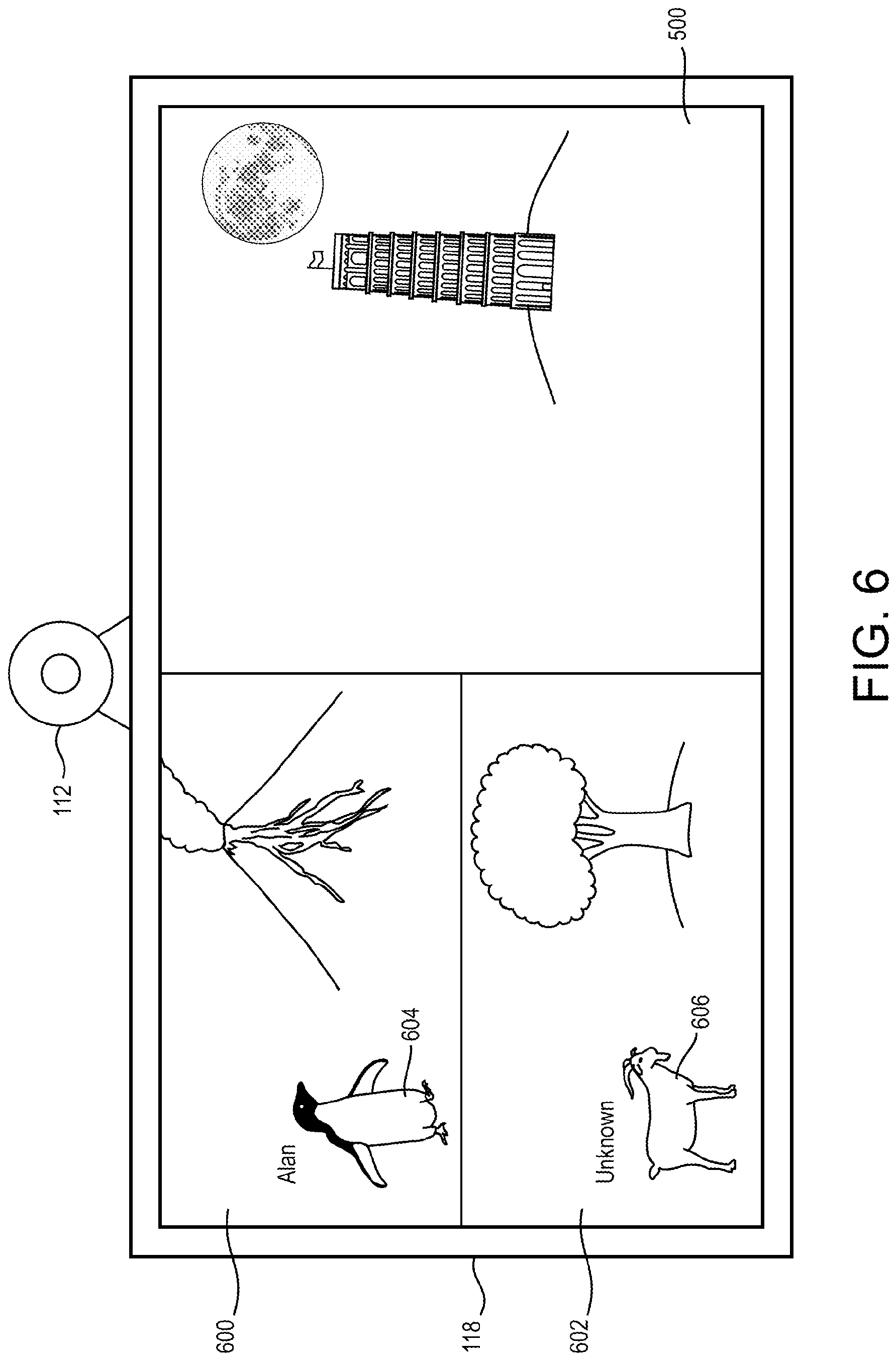