Brief summary of the invention

[0028] The invention will be better understood with the aid of the description of an embodiment given by way of example and illustrated by the figures, in which:

Fig. 1 shows a general view of the system;

Fig. 3 shows a screenshot of one possible implementation of a intermediate search page and

Fig. 4 shows a screenshot of one possible implementation of a user interface displaying a sample search result.

Detailed Description of possible embodiments of the Invention

Suppose you have booked a trip from Lausanne to Amsterdam for example by using a web interface to enter your home address in Lausanne and the address of your destination in Amsterdam as well as an approximate desired time for your trip, then choosing one of the routes proposed and then booking that route with the different travel providers for train, bus and air travel online. As you commence your trip with the local bus to take you to your connecting train at Lausanne station your personal travel assistant (PTA) rings and informs you that the bus you are sitting in is running late. While you worriedly look at the long lines of rush-hour traffic outside, your PTA has received updated information from the IT system which predicts that you still have an 85% chance of arriving at the station to catch your train with 3 minutes to spare.

As you exit the bus at the station your PTA informs you on a friendly green background that you have 4 minutes to spare which is plenty of time. It shows you a map of the station and soon you board the train. However, as your train pulls away minutes later your PTA rings again. This time its background is red: "You are moving into the wrong direction - have you boarded the wrong train?"

As you turn to another passenger for reassurance you find out that you have in fact done exactly that. Your PTA has already updated your travel itinerary to account for your mishap and proposes you three options:

You have just decided on option 2, which allows you to take full advantage of your travel insurance, as the conductor approaches and addresses you in French. Since you do not speak a word of French, you turn to your PTA. A click on the Help button later you hand it to the conductor who reads: "Je suis monte dans le train pour Bern au lieu du train pour Gen6ve aeroport. Pourriez-vous me vendre un nouveau billet de Vevey à Gen6ve aeroport s'il vous plaît?" (I have boarded the train to Bern instead of the train to Geneva airport. Could you please sell me a new ticket from Vevey to Geneva airport?).

An hour later you pass the long lines of people queuing at the airport desk. Having rebooked your plane with a few clicks while still on the train, your PTA now informs you that you still have 35 minutes before boarding starts at gate 42. You decide to use the time to enjoy an early dinner at an airport restaurant that other users have recommended for its Swiss specialties and fast service. You also take a moment to review your changed itinerary and happily notice that your PTA has managed to reserve you a window seat at the front of the plane - your favorite seats as specified in your user profile preferences. Furthermore you realize that given your changed arrival time you will probably be tired when you arrive in Amsterdam and will no longer feel like taking a stroll along the canals around Rembrandtplein square as you had planned. In addition your PTA forecasts rain for your arrival in Amsterdam. On a whim you decide to postpone your tourist interests by a day and to save some money by choosing a cheaper hotel closer to the airport. A few clicks later you have selected a reasonably priced hotel halfway between the airport and the city center and are scrolling through their available rooms...

1. A method for optimized route planning for a user, including:

(a) determining a departure point and a destination point for multimodal travel;

(b) proposing a list of candidate routes between said departure point and said destination point based on a plurality of metrics with user-dependent priorities.

- robustness, for example probability of delays;

- popularity of the route or of some route segments;

- subjective information in the form of comments or suggestions about past travels;

- data collected from past travels of other users;

- statistically collected data on travel duration and/or delays for some segment.

11. The method of any of the claims 1 to 10, comprising optimization of a joint travel of different users along one or several route segments, taking into account the set of metrics with different priorities for the different users.
12. The method of one of the claims 1 to 11, wherein the route planning is executed for a single package or other object, or group of packages or other objects and user preferences are determined via an IT system (30), a logistics service provider, a transport manager, one or more of the couriers along the route, or the sender.
13. System comprising
a routing engine for multimodal transportation configured to determine a list of candidate routes between a departure point and a destination point based on a plurality of metrics with user-dependent priorities..
14. The system of claim 13, wherein the user-dependent priorities comprise a user-dependent importance for each of the plurality of metrics
15. Computer program configured to perform the steps of the method according to any of claims 1 to 12, if executed on a processor. 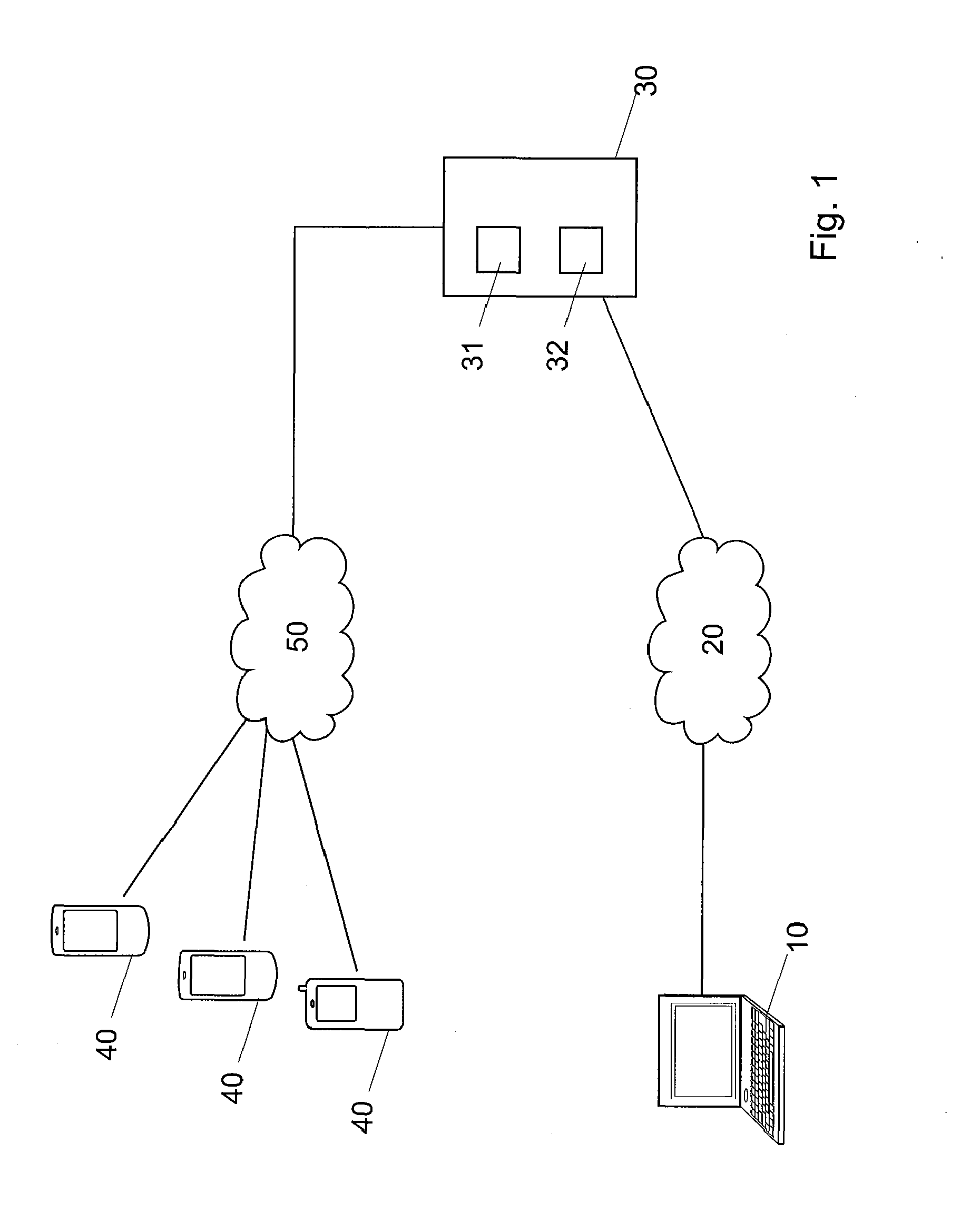 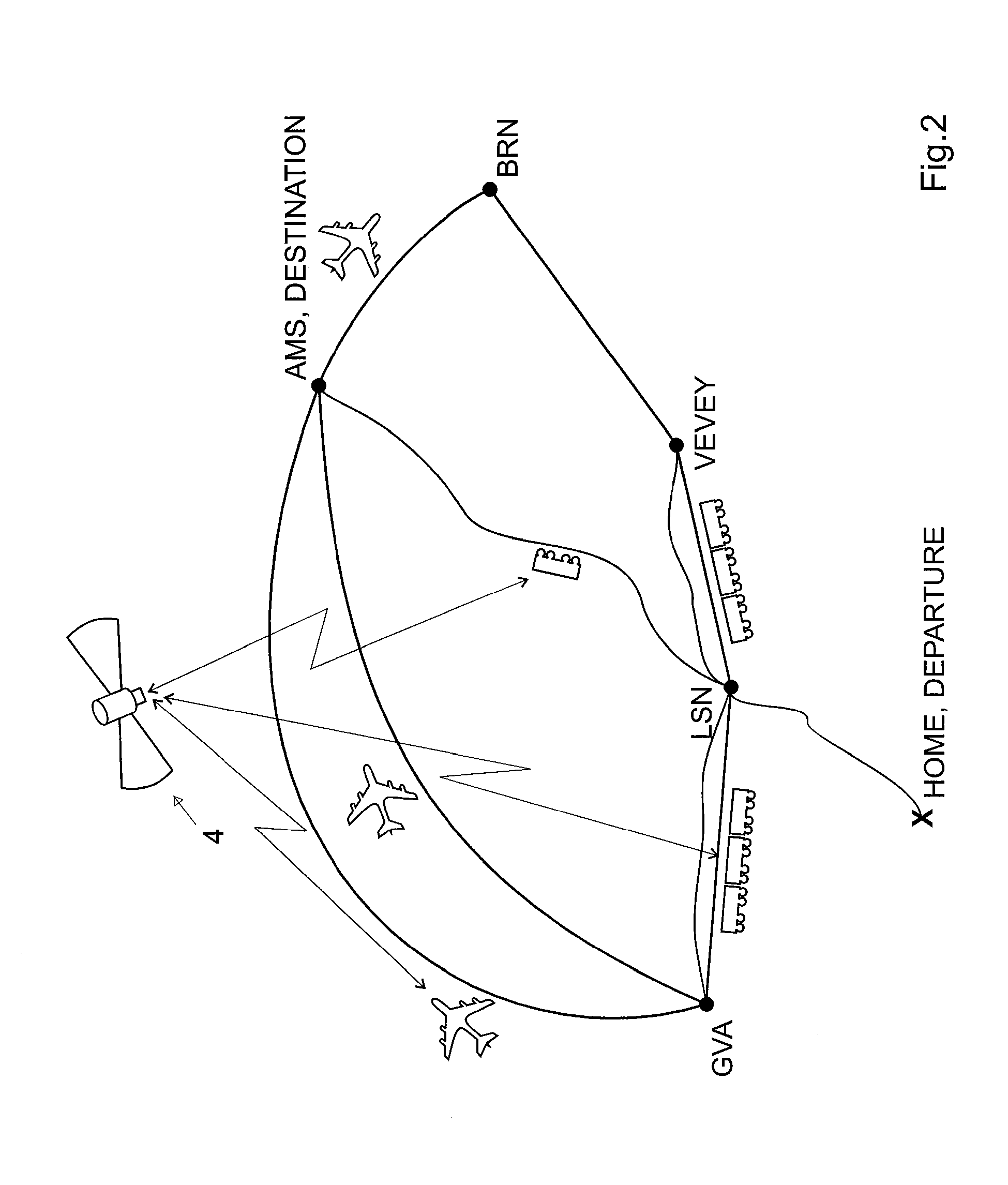 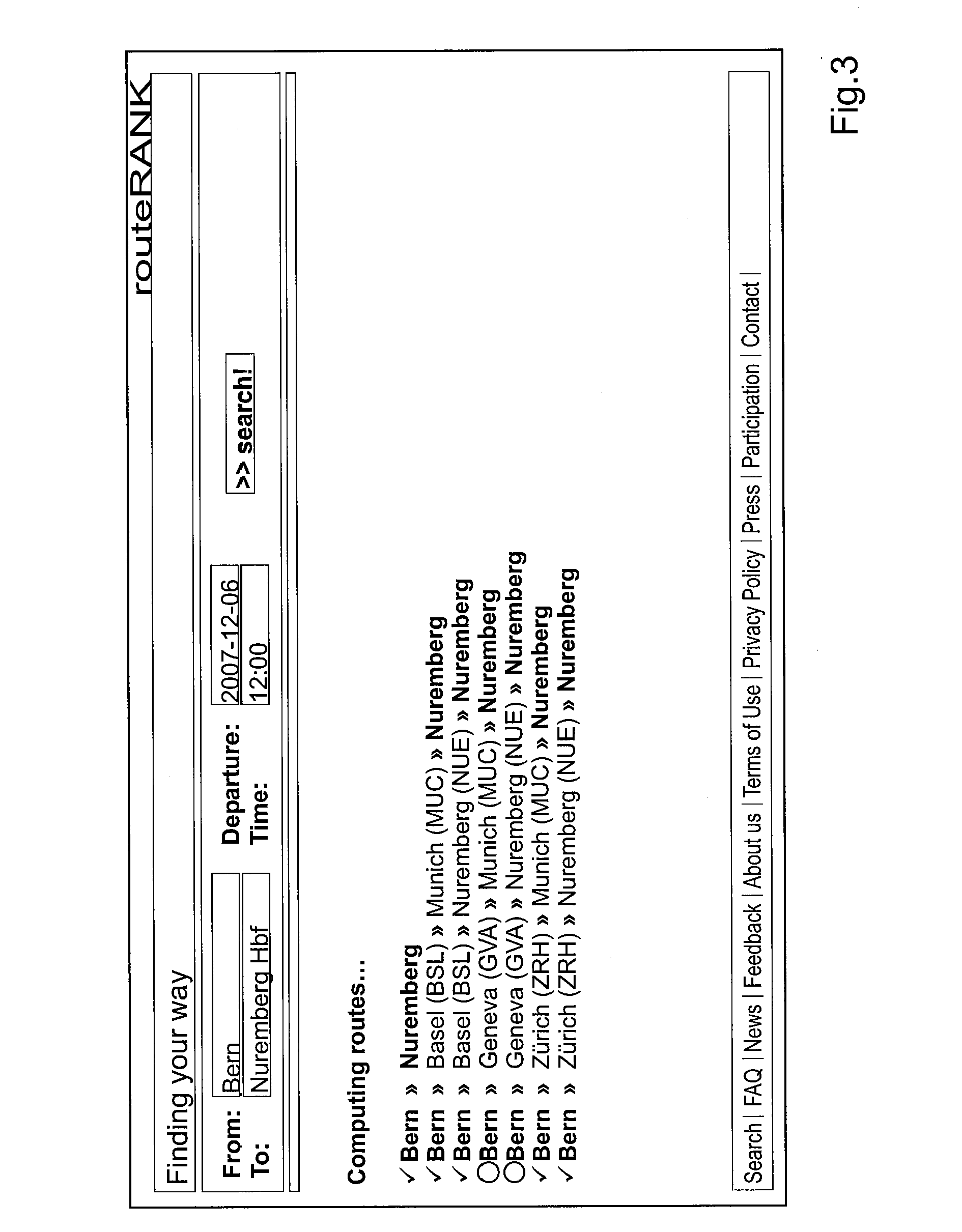 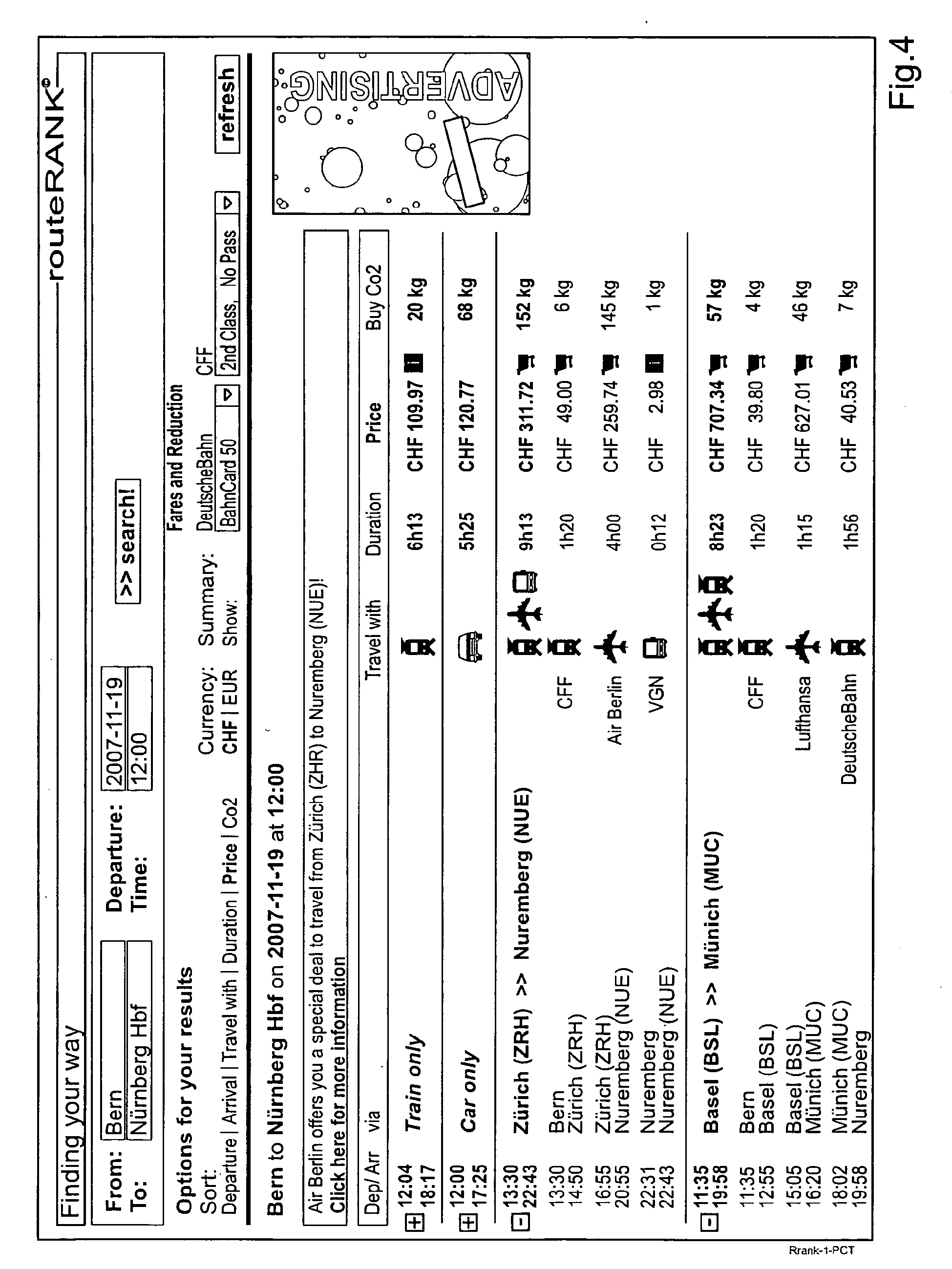 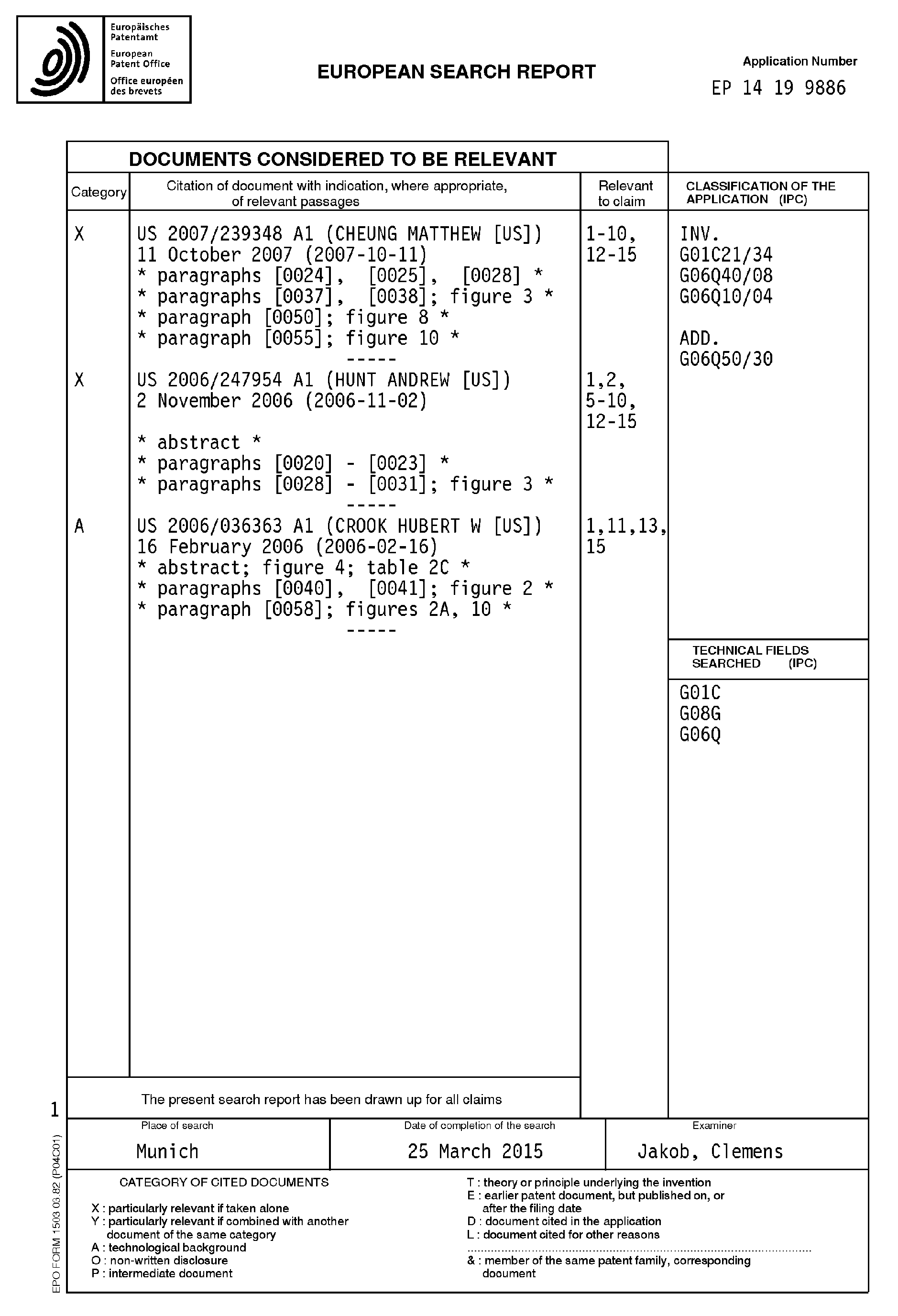 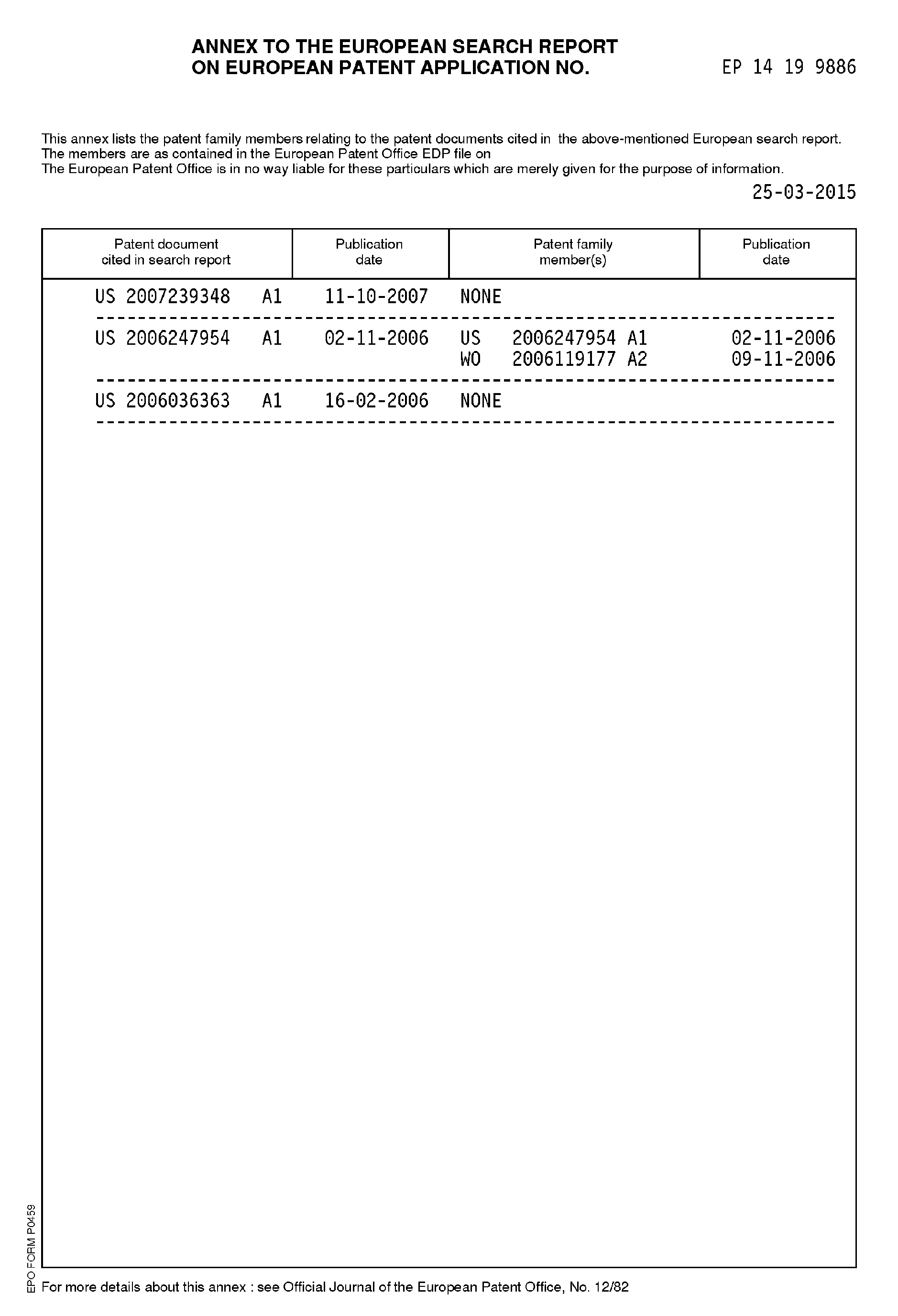